The dwelling of glossy deceptions 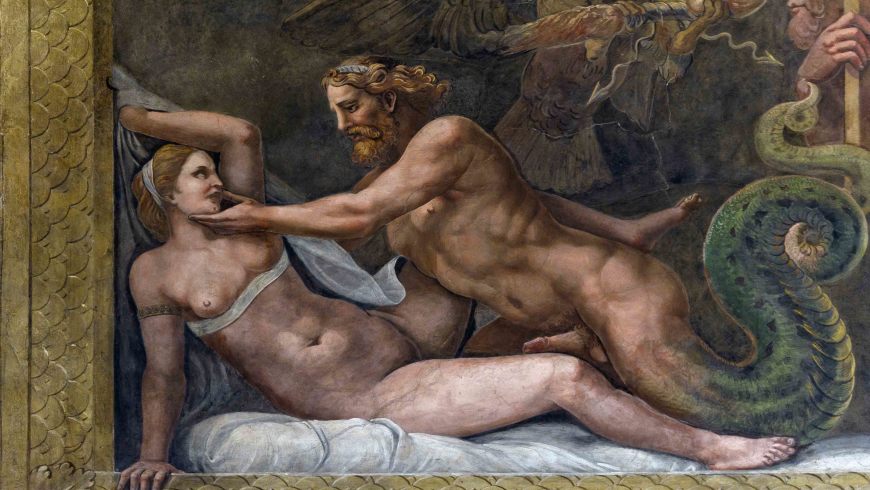 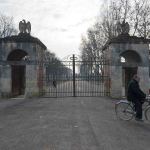 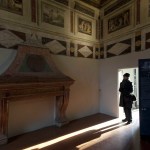 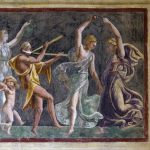 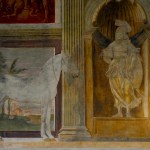 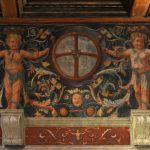 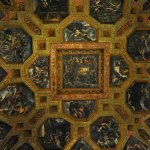 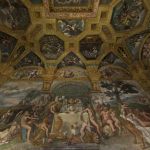 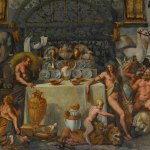 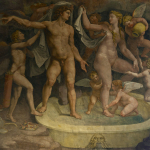 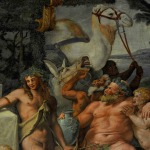 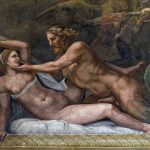 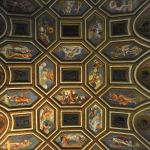 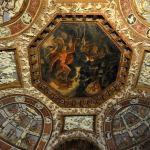 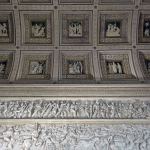 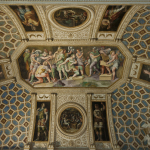 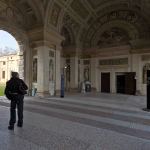 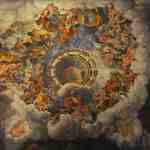 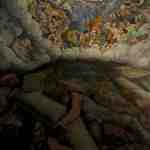 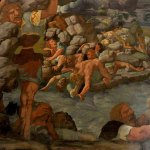 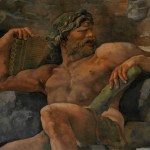 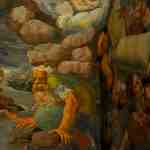 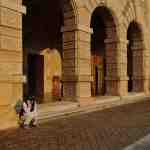 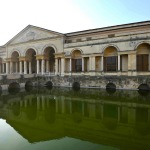 There is an island along the river Mincio, near ancient Mantova that was originally called Teieto or Tiglieto or place of the lime trees, then this name was drastically shortened to Te. Its greenery stretches down, connected by a bridge, to the southern city walls, near the Porta San Sebastiano. At the beginning of the sixteenth century it was elected by the Gonzaga family, a secluded, leisure spot where, even, to host the beloved pure bred horses. In October of 1524 the brilliant and imaginative pupil of Raphael, Giulio Romano, arrives in town, invited by Federico II Gonzaga. The Marquis provides a home for the painter, overwhelms him with gifts, donates him one of his favorite horses and often rides with him to the island. On one of these equestrian occasions Giulio was commissioned to renovate the stables and to create a building for the Prince’s idleness, suitable for the restoration of strength by taking advantage of the amenities of the venue. Thus the Palazzo Te in Mantova, the Palace of glossy deceptions was created to guest libertine parties and become a place for dreams and literary idleness, for which, in the magnificent strangeness and beauty of the rooms, the pictorial decoration could only dip into the repertoire of symbols and allusions of ancient mythology.

Giulio conceives and creates with great clarity a succession of halls for Federico: the Hall of the Sun, with a ceiling decorated by the alternation of the most important stars in the sky; the Hall of horses, where the life-size “i deviator de vento” (the switchers of wind) are exhibited, steeds of the Gonzaga’s cross breeds celebrated by all the courts of Europe; the Cupid and Psyche Room, full of allusions to the game of parties and of love, with its references to Ovid’s Metamorphoses and the ancient fable of Apuleius; the Hall of Winds, decorated with the zodiac signs; the Hall of the Enterprises, in which the emblems of the dynasty are listed, emphasizing the most dear to Federico, the salamander, which twists for a love that is not felt: Quod huic deist me torquet.

Along the path amazement grows: everywhere Giulio dilates volumes of bodies, emphasizes the illusionistic effects, challenges the viewer with his perspective aberrations, using contrasting colors and oblique lighting. One has already been kidnapped when you get to the Room of the Giants, the most visionary environment of the Palace in terms of proportions and stylistic inventions. Here the painter creates one of the masterpieces of European Mannerism. The vaults open, the columns are destroyed and the huge Giants, in various postures and grotesque expressions fall to the ground, struck down by Zeus.

The literary inspiration of the myth of the Giants draws to Hesiod’s Theogony, as well as to Ovid’s Fasti and Metamorphoses. The gods of Olympus, have won the battle against the Giants who had endeavoured to climb the sacred mountain in order to replace the gods. In this cosmic battle, only Zeus’ throne, high in the sky, seems to be immersed in peace. The theme offers an allegorical interpretation, politically: the Emperor Charles V is so recognizable in Zeus, triumphant over enemies and heretics, and in the Giants rebels, punished for having tried the assault on Olympus, one can identify the Italian Princes in revolt against the Empire. But apart from the exegesis, one is dragged into the center of a dreadful catastrophe, and it seems that the entire architecture is collapsing because of the failure of the serliana, while some of the Giants, to the left and to the right of the observer, seem crushed or, with the observer himself, threatened by the ruins and the rubble. The eye keeps moving restlessly from one point of the room to the other, not finding peace, thanks to the proliferation of the perspective escapes. Originally, the most effective had to be the illusionistic effect because the floor of the chamber consisted of cobbled river stones which increased the splendour of the environment, while the fire burning in the fireplace illuminated the walls and continued, in pictorial fantasy, with the flames coming out of the mouth of the giant Typhon, alluding to Etna’s eruptions, in a magical trompe l’oeil.

At a closer look, at eye height along the room, many written graphitis can be seen that, on the occasion of the restoration of the ’80s, palaeographers transcribed, counting more than seven hundred inscriptions, dating from the sixteenth century to the mid-twentieth century. The furrows left clear on plaster by vandals from all ages stood out for their candor that contrasted with the polychrome fresco when the Istituto Centrale del restauro (Central Institute of Restoration) decided not to delete them, but to fill them in with stucco and retouching them with watercolors. Thus, unified reading has been given back to the great pictorial invention of Giulio, without eliminating now secular traces, intimately linked to the history of the environment. There is no shortage in the repertoire of quartered troopers’ signatures from the sixteenth century when the villa was turned into barracks, vivid testimony of those lanzi arrived from Austria and the Slavic lands subject to the Empire. Other soldiers of other wars have left, on the Giants, over the centuries, their memory with scripts signed by corporals, officers, musicians in military bands. And there is no lack of illustrious aristocratic family names from Mantova. Other members of patrician families, are evoked by some disgruntled and foul-mouthed soldier, perhaps because of a badly digested punishment. Not to mention the traces of amorous sighs of one satirus Veronensis and lovers who, next to the date of 1639, traced their initials VD, HH and a little heart. The Chamber of the Giants continued like this, in its unique history, to fuel hilarity and blasphemies, wonder and bewilderment, never ceasing, even today, to entice the visitor with a charm that has no equal.