the workshop in Carrara where the virtues of marble are glorified 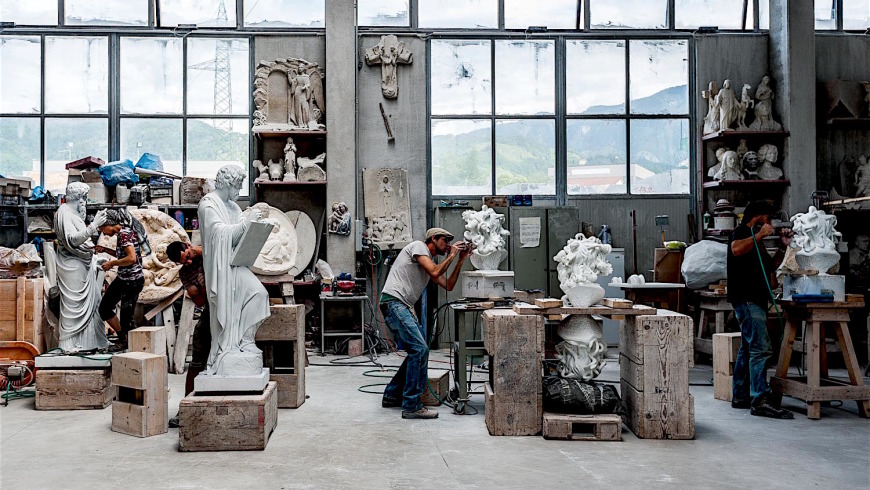 The Greeks called Μάρμαρον, shining stone, the metamorphic rock of limestone to which what deserved to be handed down was entrusted. Of that “shining stone” the millennial myth of the Apuan Alps is nourished: those mountains that close in a crown the horizon of the coast of the Versilia, in the north west of Tuscany, favoring the slow curve of the coast with towering, pure-white, bastions. The marble people has always been the vital core of this region: workers who rip it out of the mountain and craftsmen who work it with expertise in laboratories lower down in the valley.

A visit to an artistic marble laboratory is, even for the experts, a singular experience. On dusty shelves the plaster models of sculptures of every age, style, author are piled up; sacred and profane, unknown works, shamelessly, next to the replicas of absolute art icons. They remind the stories of the workshop: the meetings, the orders, the many events that have been intertwined there. On perches the works in progress take shape, always different day after day; in the vaults lies the already finished marble, ready to go to every corner of the world. Mute actors work, with headphones so as not to become deaf, in a scene that is very theatrical. And if, at the beginning of the last century, the work was organized around distinct competencies of sbozzatori, who rough-cut the blocks, modelers that shaped the work, decorators who were dedicated to the decorative elements, equipment suppliers and drapers who took care of details and drapery, sculptors and anatomists that defined the expressions of the faces and the joint gestures, to the polishers that provided the finish and patina on the surfaces, today, those specializations have been replaced by figures of increasingly complete craftsmen.

At the Studi d’Arte Cave Michelangelo, in Carrara, around the trestles, internationally renowned sculptors compare with craftsmen. And artists who come with a drawing, a sketch, sometimes a photograph, or just notes, entrust them to the final design and the realization of the workers. The sequence of events may seem a paradox, or even a scandal for those who believe that the authenticity of the work is related to the concept of autography. And the debate about this has distant origins. It was unleashed even fifty years ago, when authentic was only the work that the artist’s hand had made from beginning to end. In that context, Pier Carlo Santini, a key figure of the critical appreciation of the artistic workshops of the late twentieth century, suggested the analogy between sculpture and architecture, where it was obvious to everyone that a building is never realized by the single hand of the creator designer.

When one visits the Studi d’Arte Cave Michelangelo it is not difficult to understand how decisive, for the final result, the intervention of the workers is, called to a quality intervention that is able to not trivialize or impoverish the idea and the vision of the artist. This is due to the amazing ability of the unknown sculptors of the workshop, the fine details of the Brains signed by Jan Fabre, the Pietà by Michelangelo revisited by the Belgian sculptor in the the Skull-faced Madonna, the ethereal nudes by Vanessa Beecroft, the Dito medio by Maurizio Cattelan for the Piazza della Borsa in Milan, the legendary Ode to Defeat, created by the Algerian Adel Abdessemed, in memory of Zidane’s head shot in the football World Cup in 2006. It is in this workshop that in the interventions of unheard magnificence finished in China, Vietnam, Thailand, Ukraine were made. In the Studi have succeeded, among many, Gio Pomodoro and Francesco Somaini, Mario Merz and Dany Karavan, Nagasawa, Floriano Bodini, Soll Lewitt and, more recently, Paul Mc Carty, Giuseppe Penone, Anna Cromy.

In the quarry at twelve years old, quarryman, lizzatore, filista, tecchiaiolo, Franco Barattini, now owner of the Cave Michelangelo, in the basin of the Polvaccio, oversees every detail of the quarry, offices, sawmill and workshops. Beside him, Luciano Massari, sculptor, professor at the Academy of Fine Arts of Carrara and artistic director, who follows the design and execution of the works closely, taking care of the direct relations with the artists, who rely on his sensitivity. And the most discreet corners of the imposing space also welcome his works: his islands, the imprints, the interventions of environmental lyrical inspiration, the lunar surface, in different materials and colors, that evoke at times dazzling reflections of the sea, sometimes oreographies as seen from above, sometimes even the roughness of the earth, carved and eroded by time.

Prejudices cloud over during the visit. Not only those related to the authenticity of the work, but also those around the meaning and the value of the copy, direct witness of the vitality and fortune of the universal icons. Not by chance the legendary David, in scale one to one, made in the laboratory for the Florentine biennial Florens in 2010, has become a sort of logo of the Studi d’Arte, and travels the world as a guest of honor of important exhibitions. 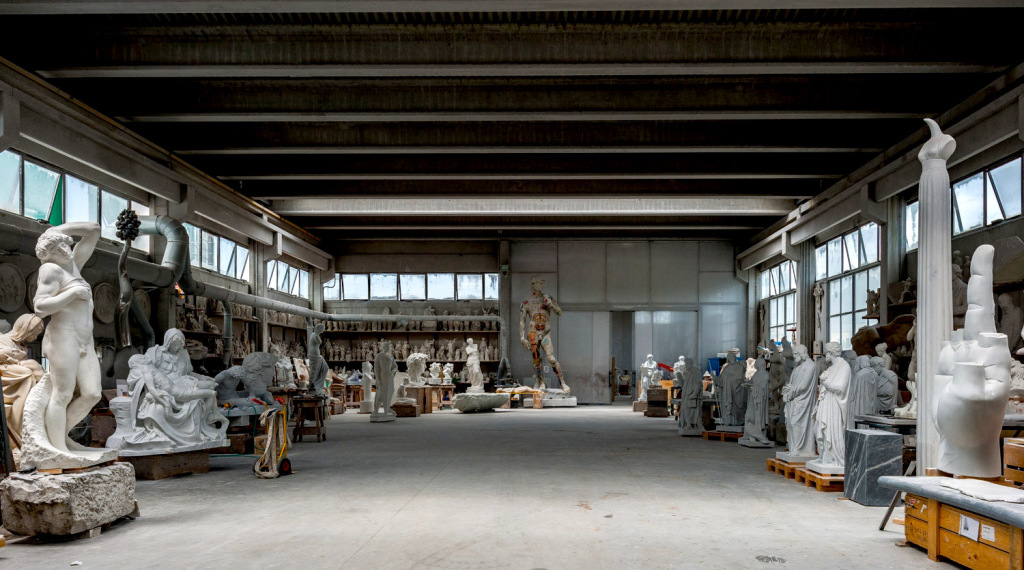 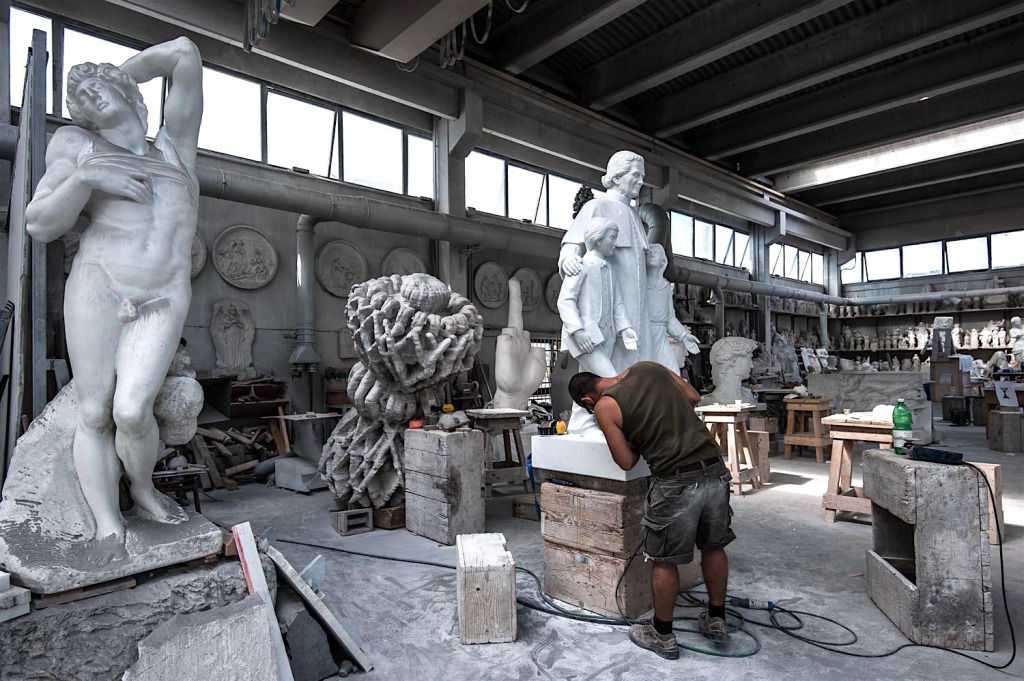 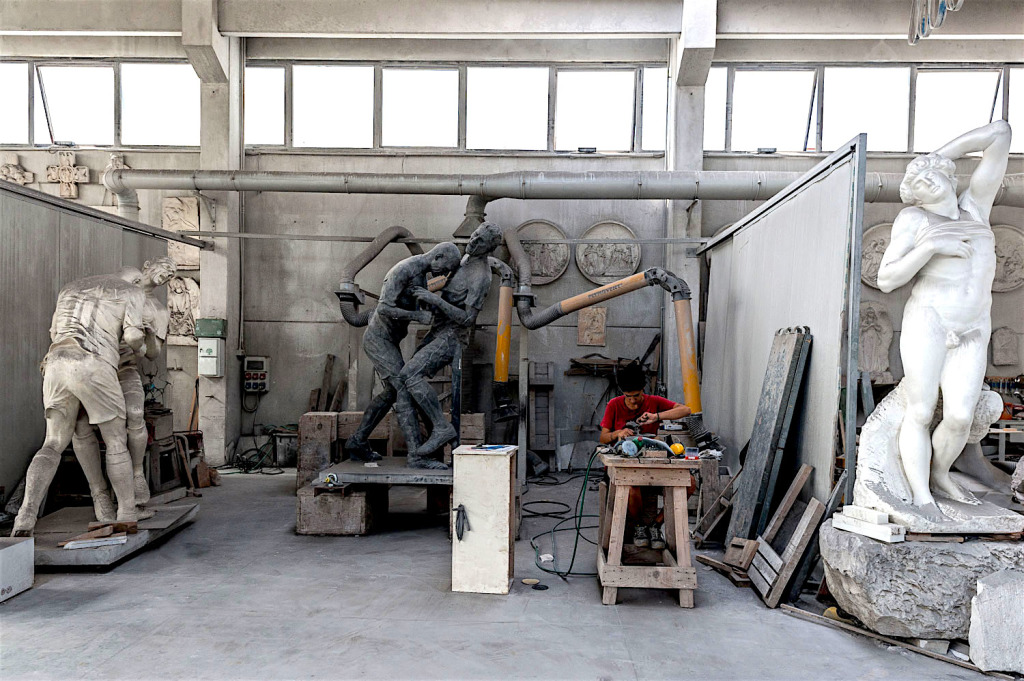 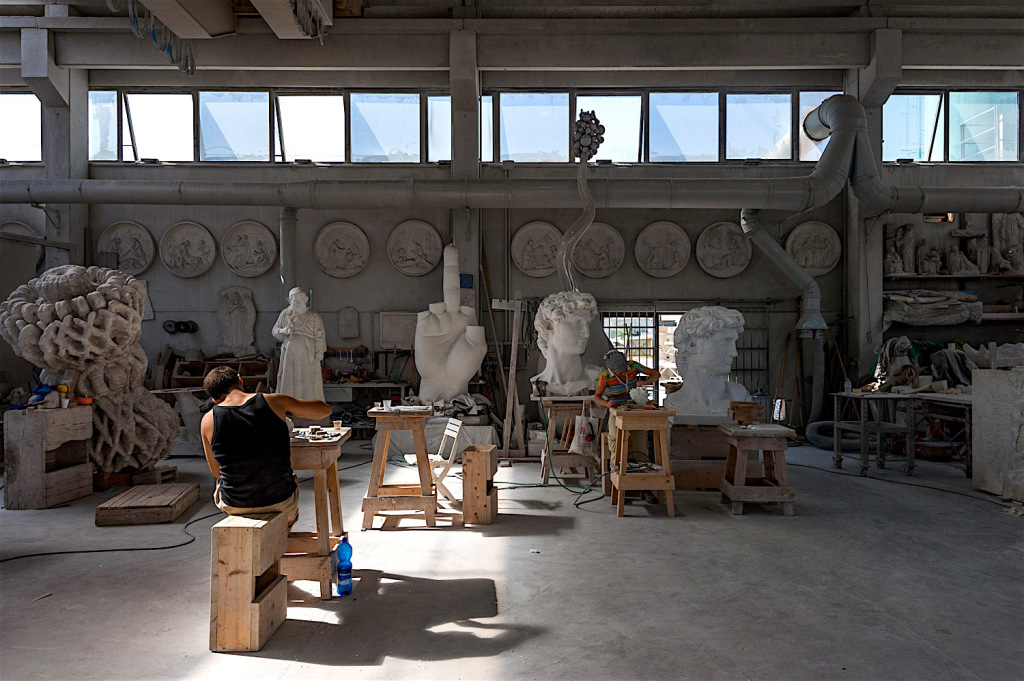 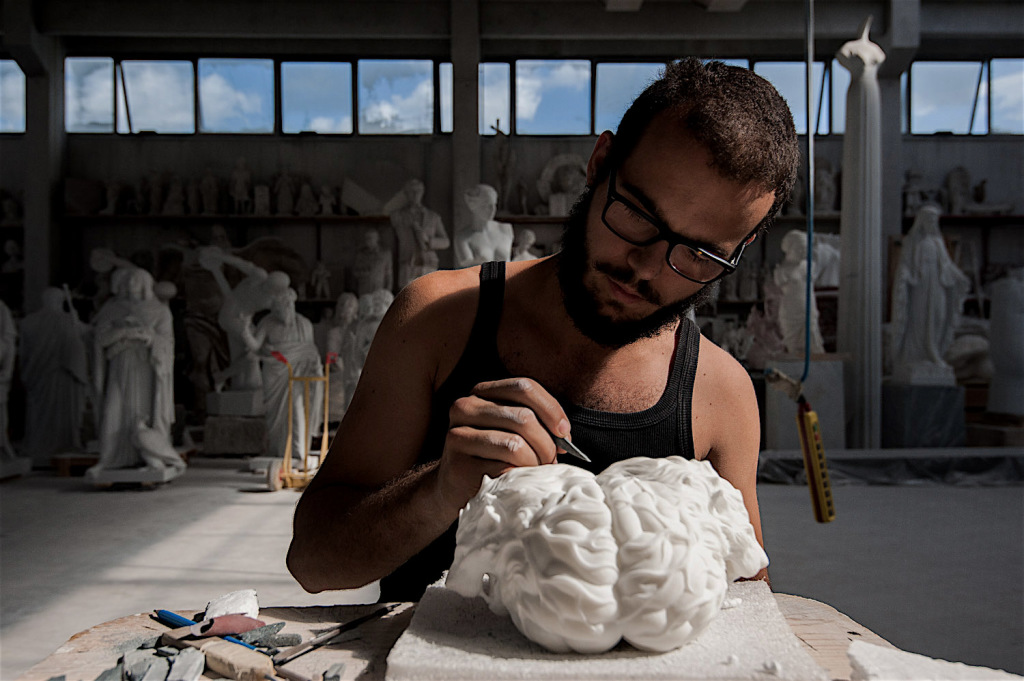 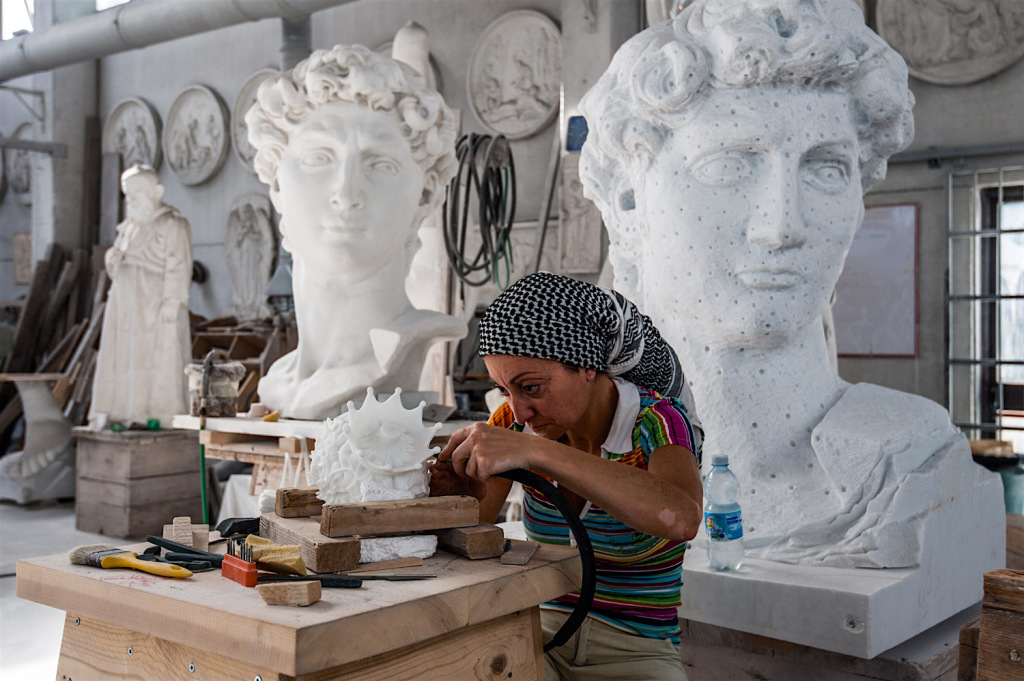 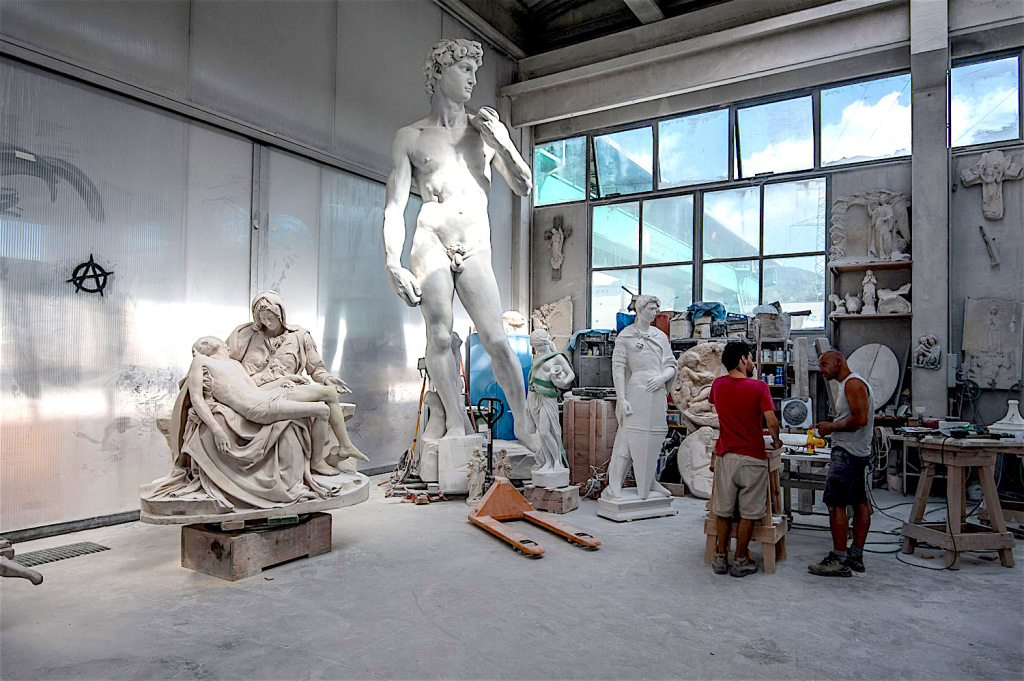 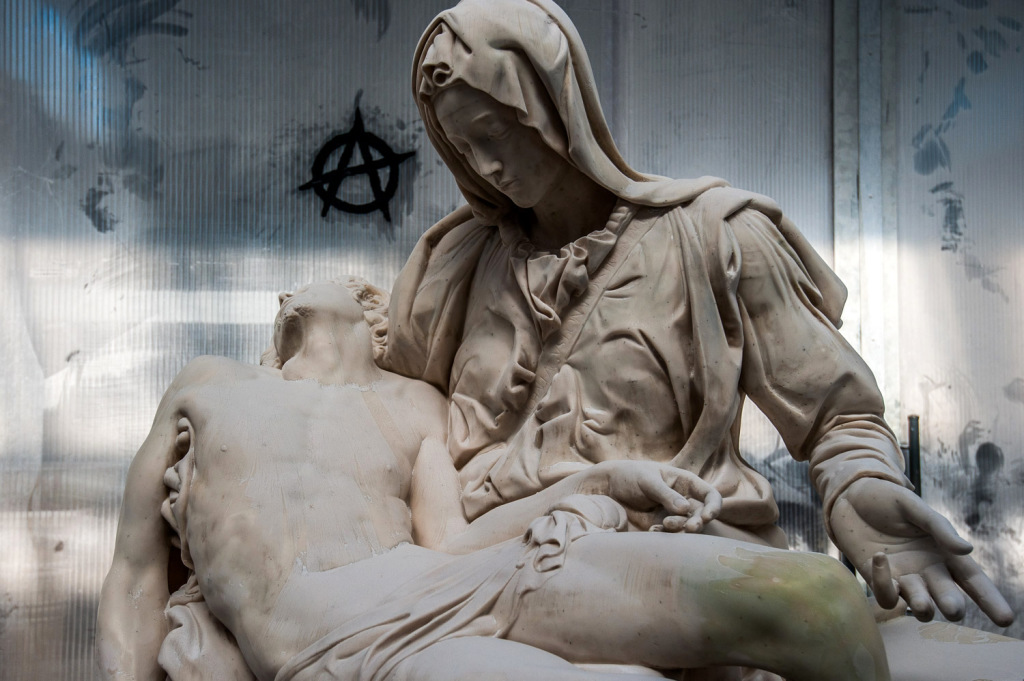 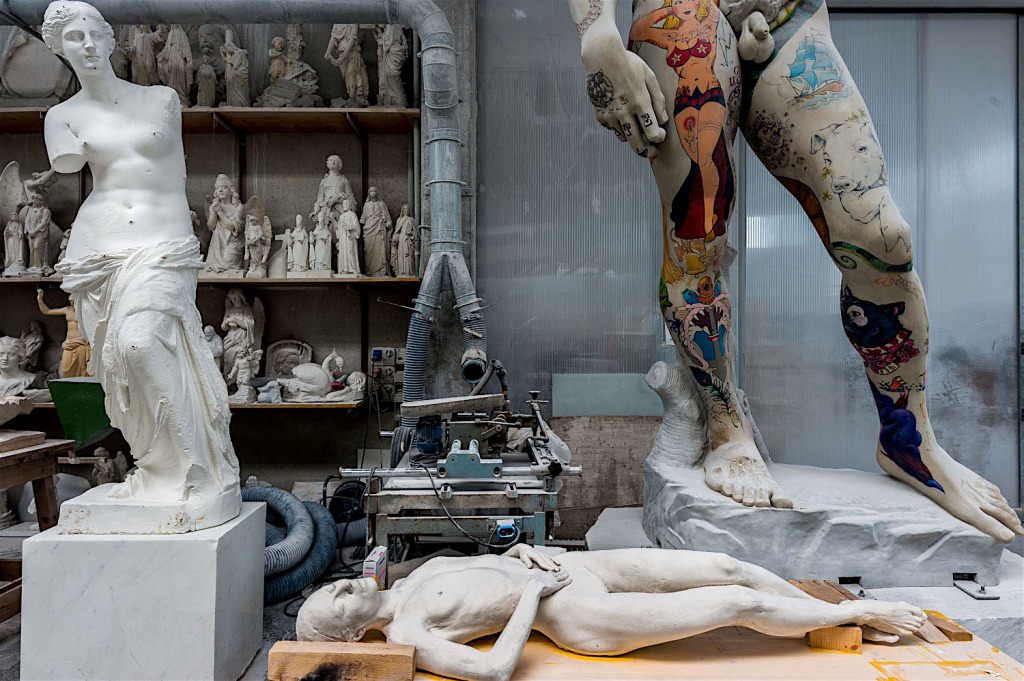 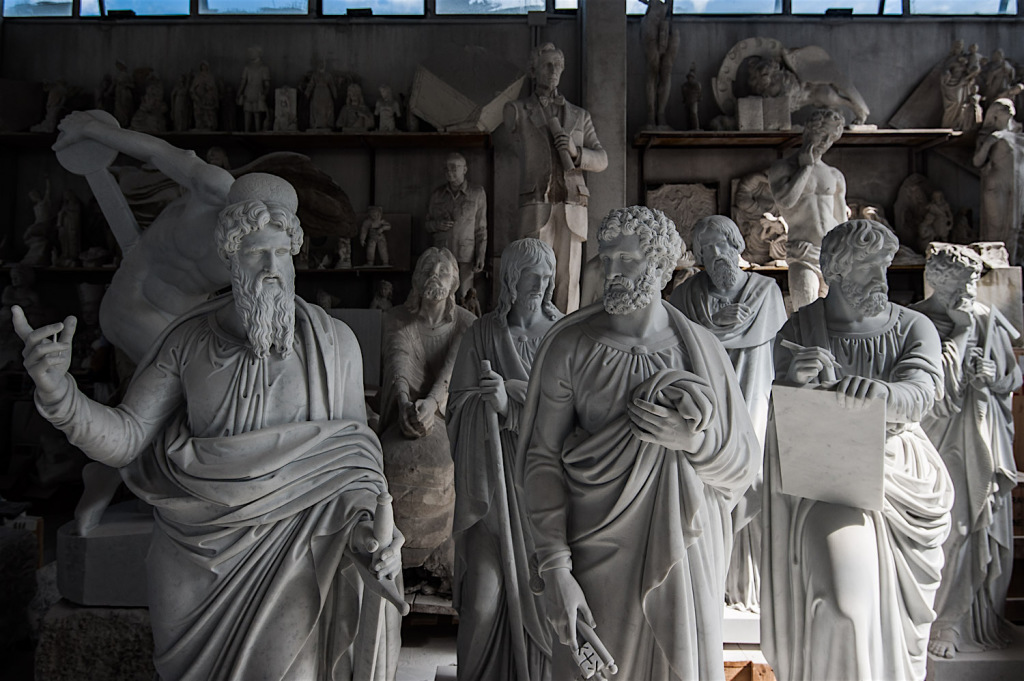 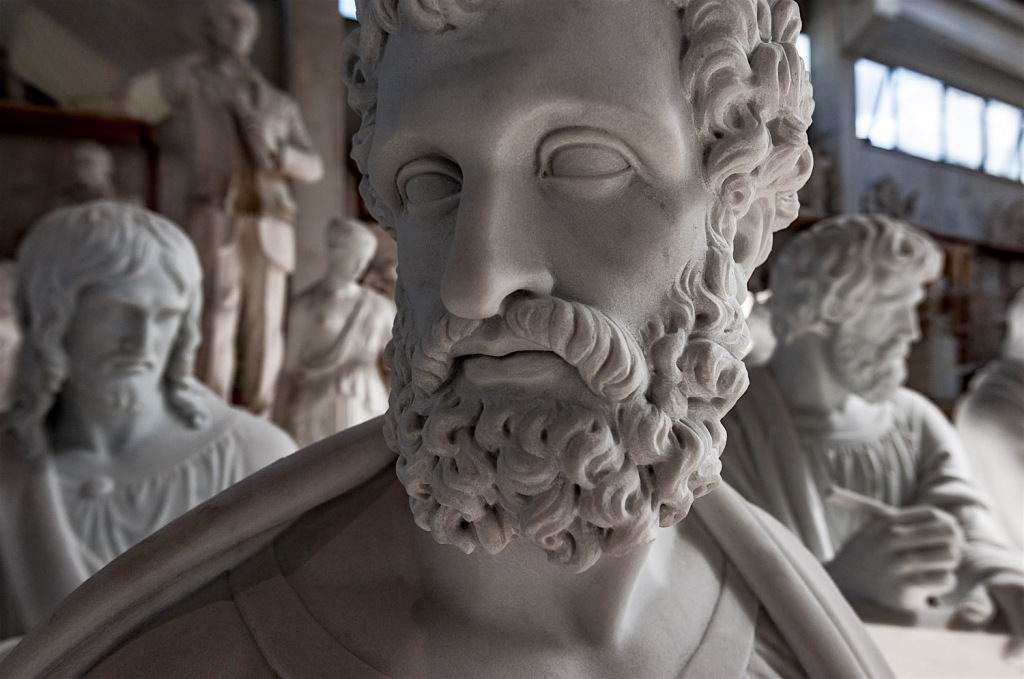 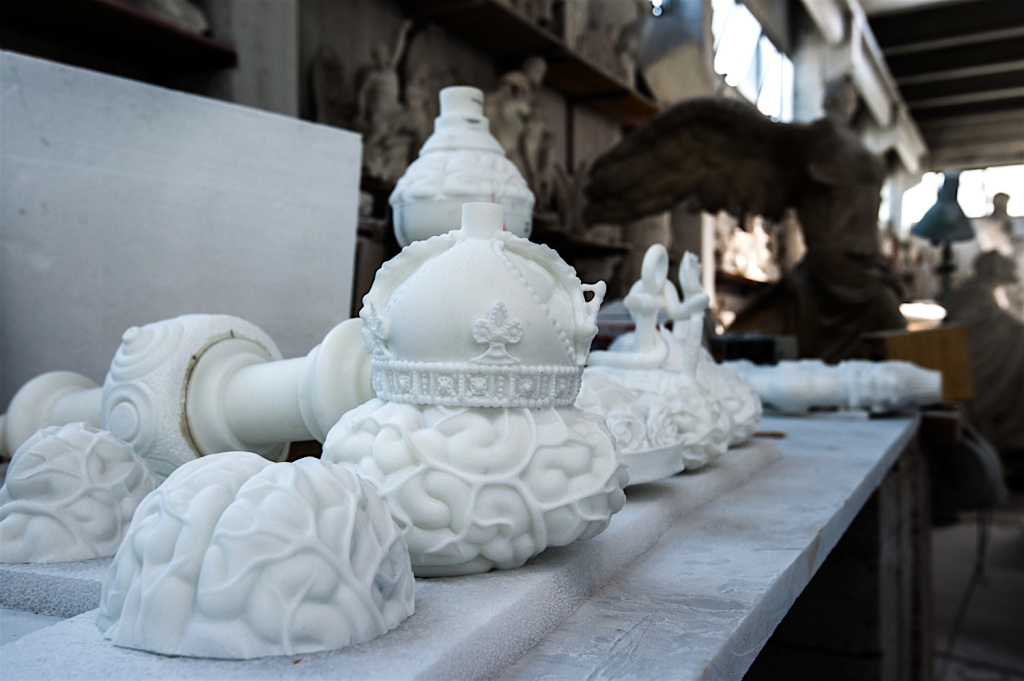 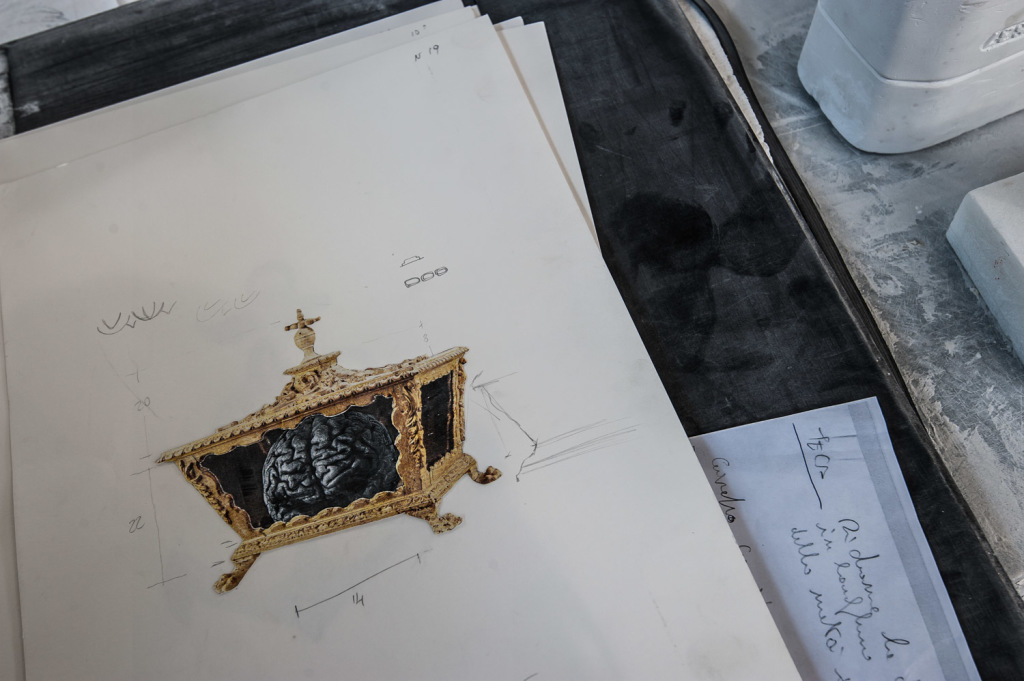 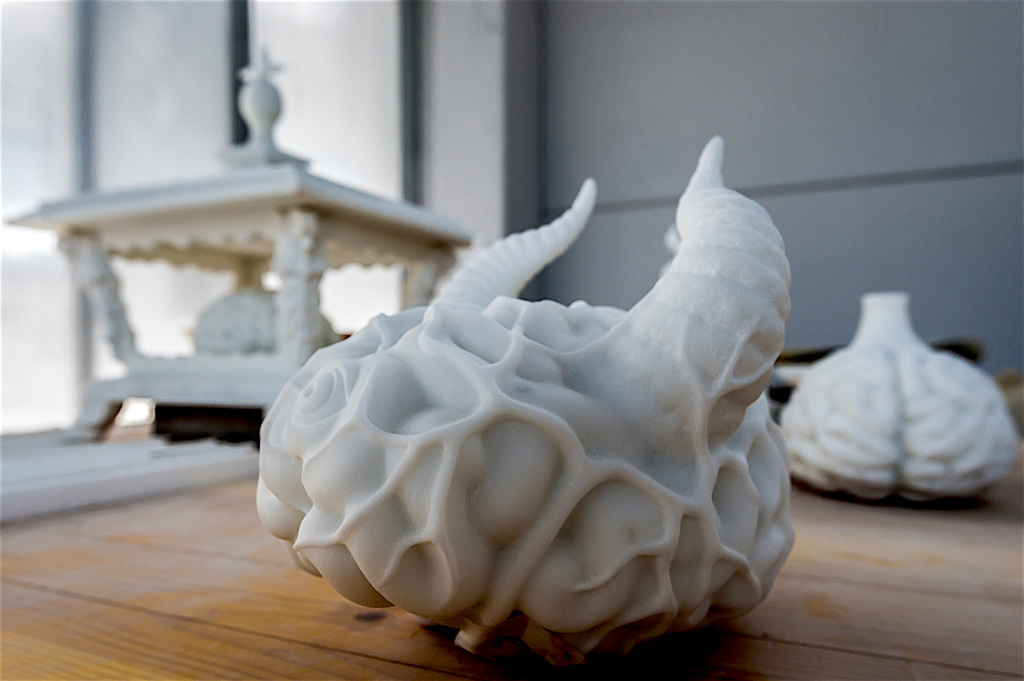 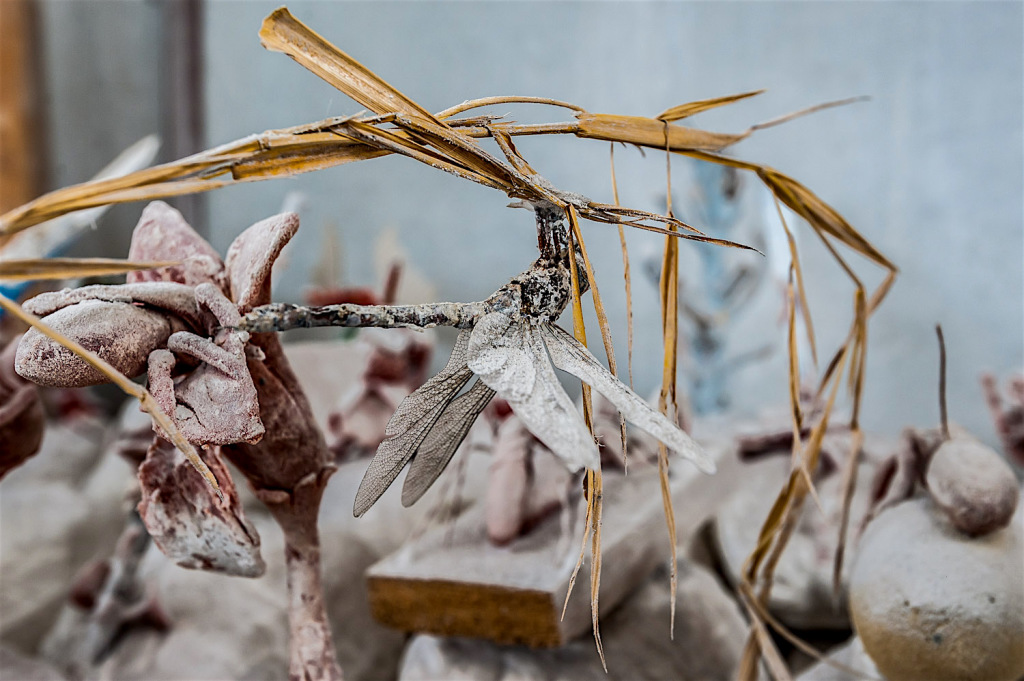 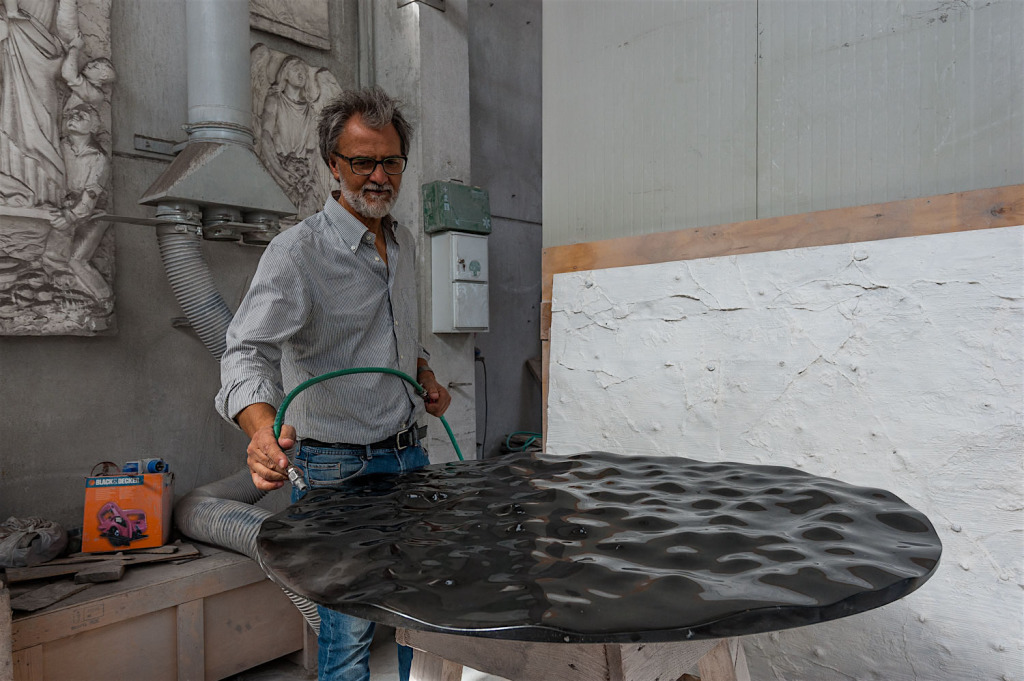 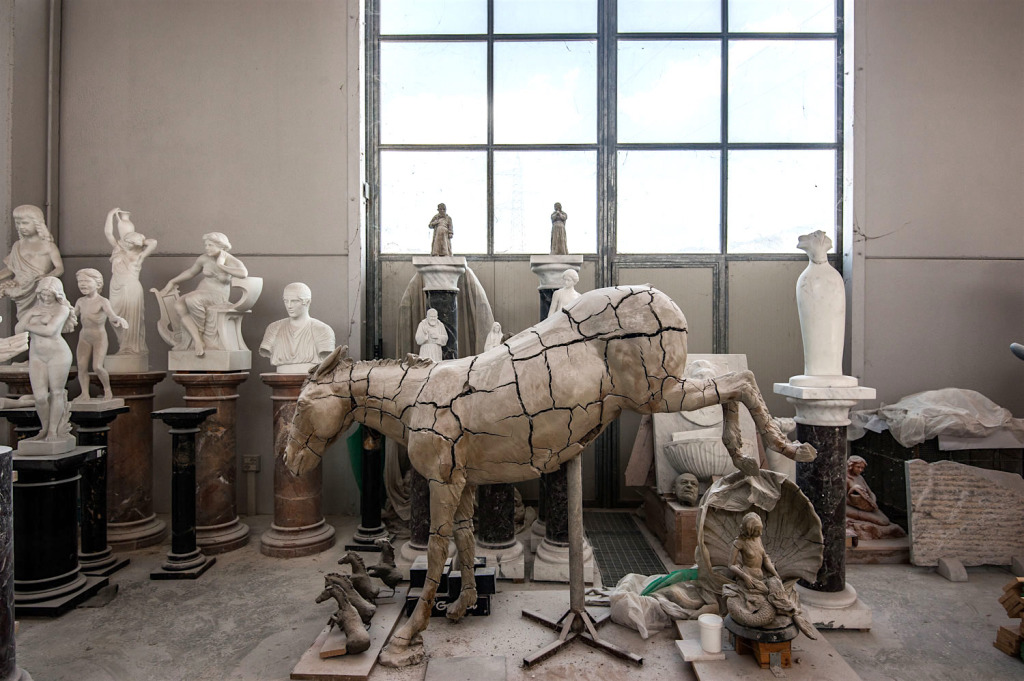 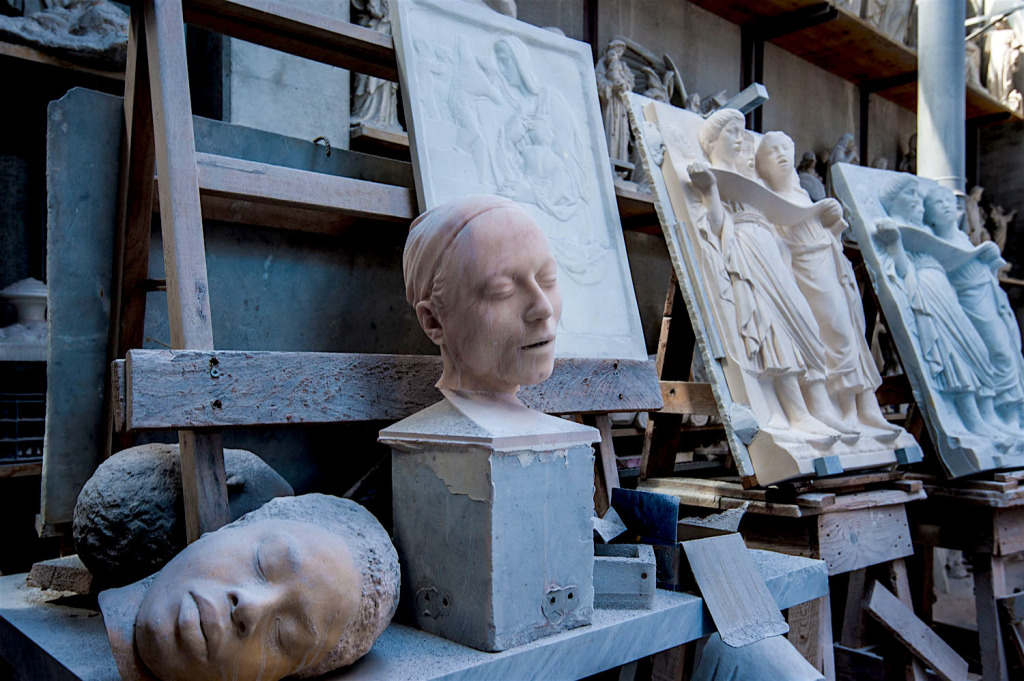 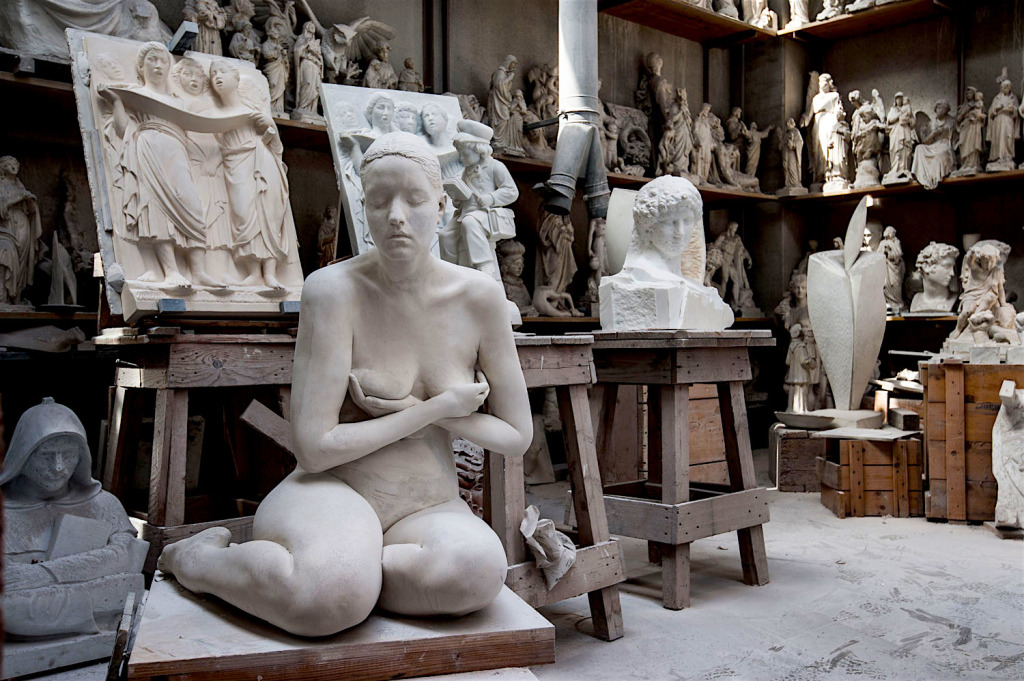 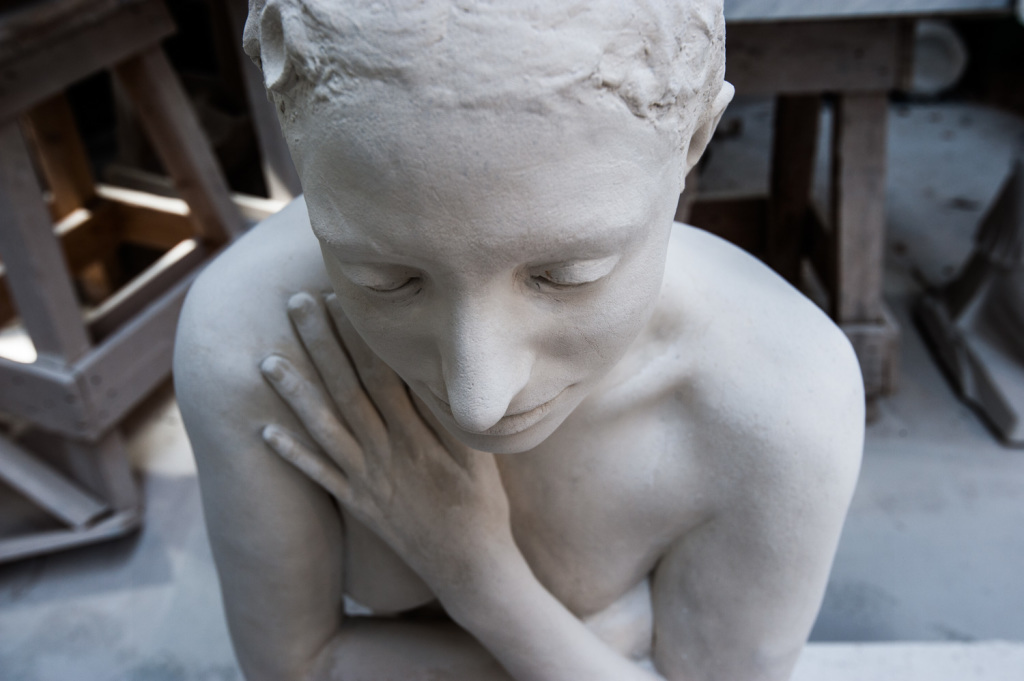 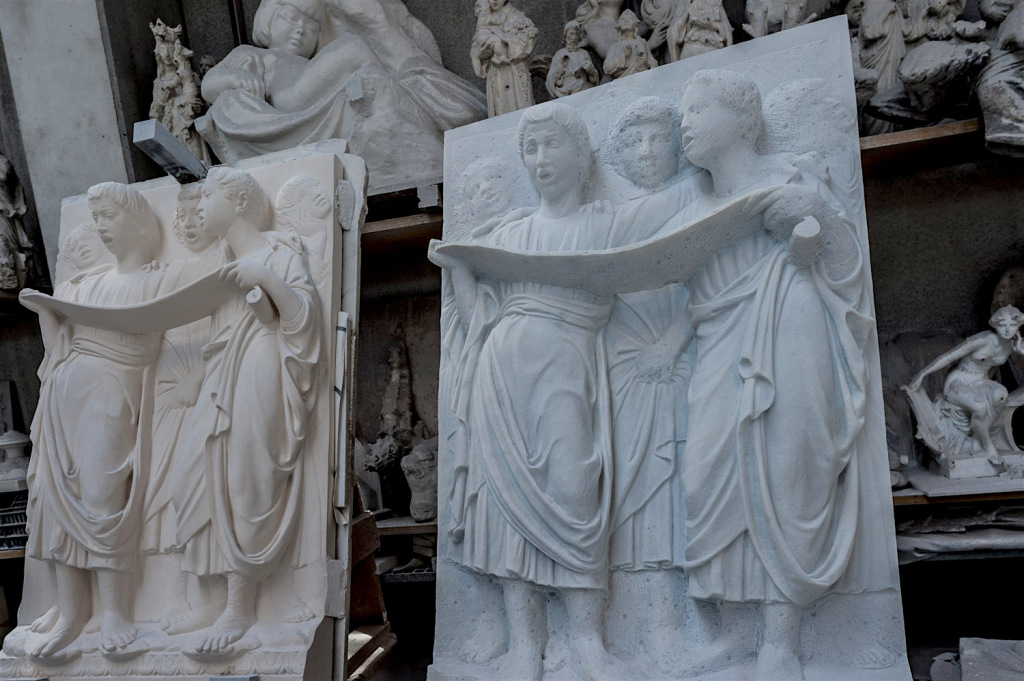 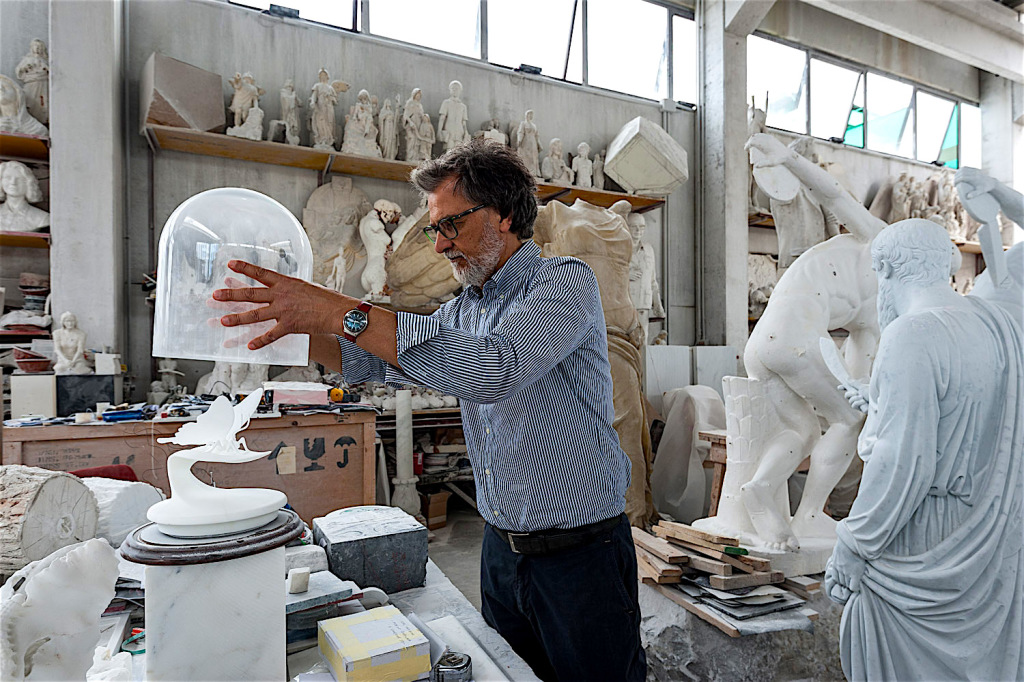 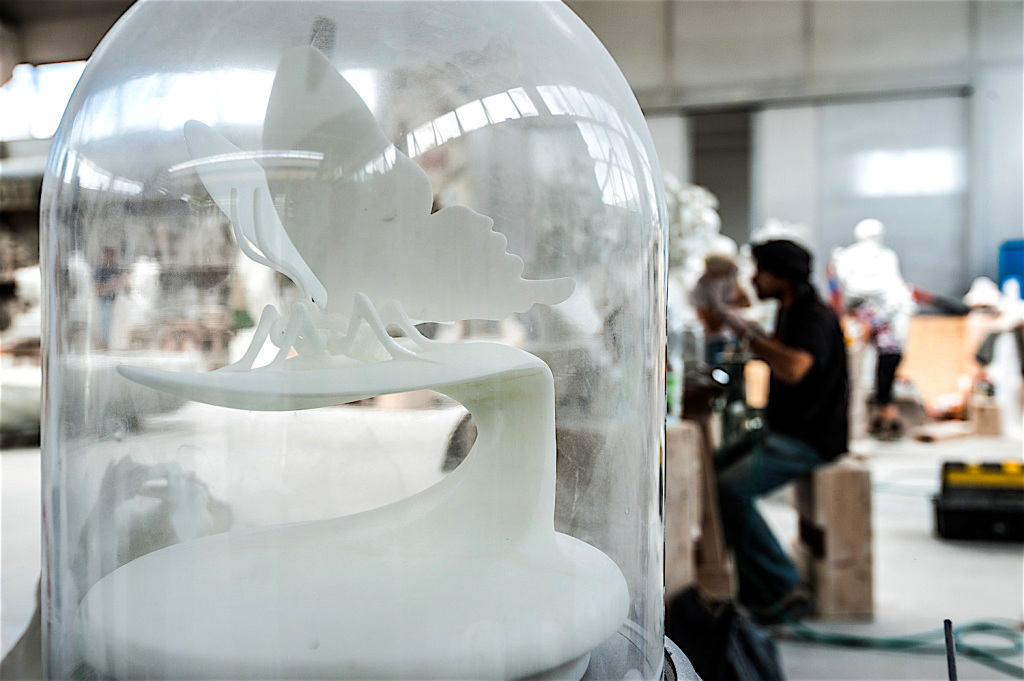 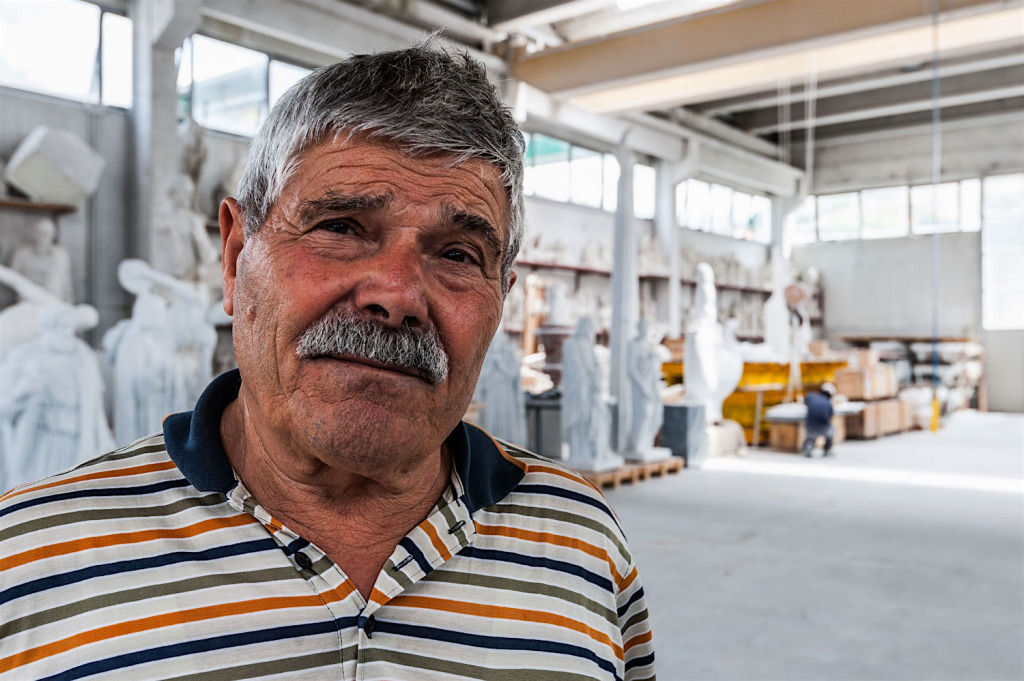 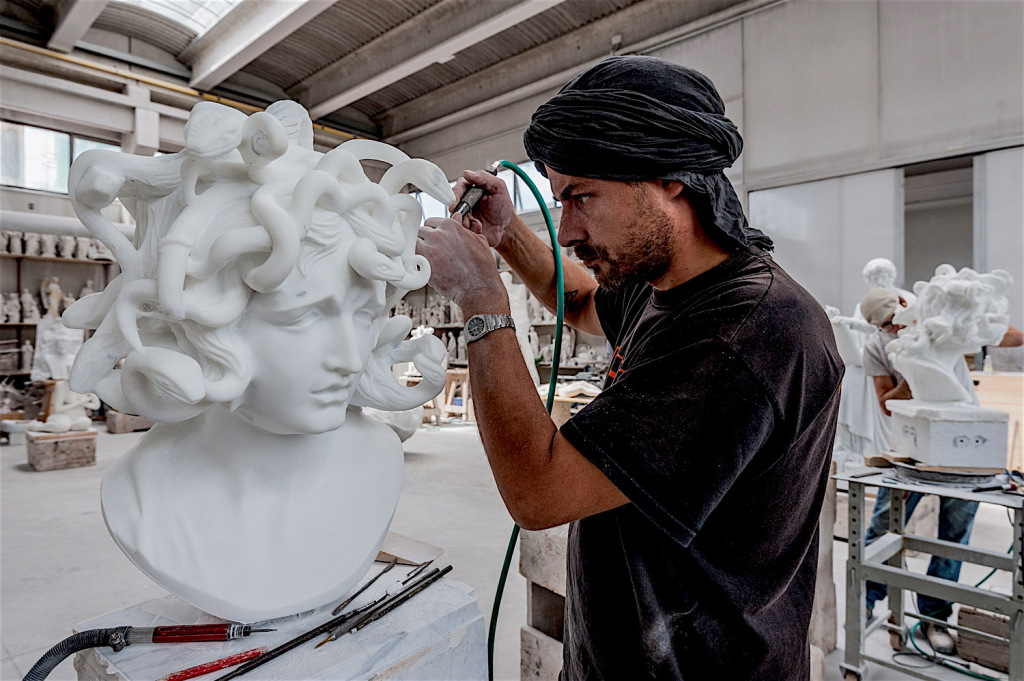 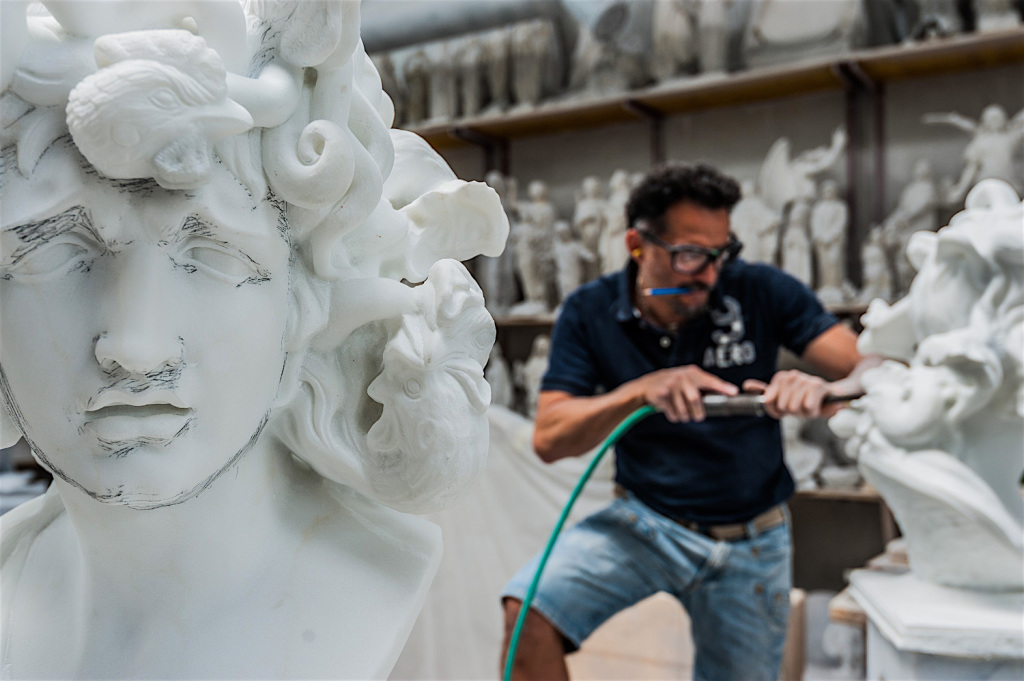 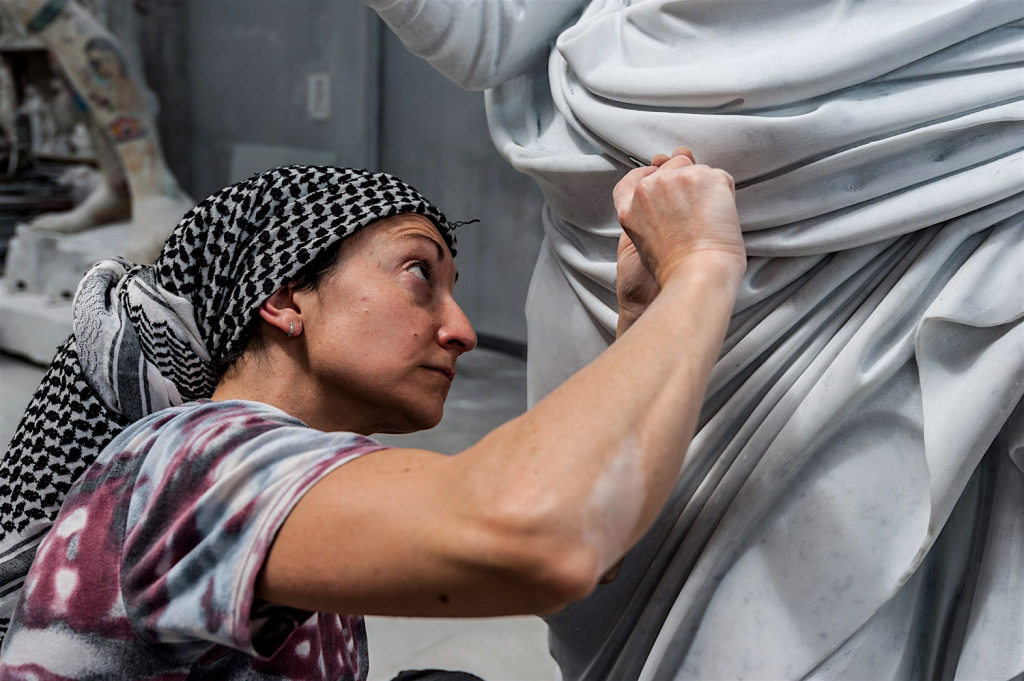 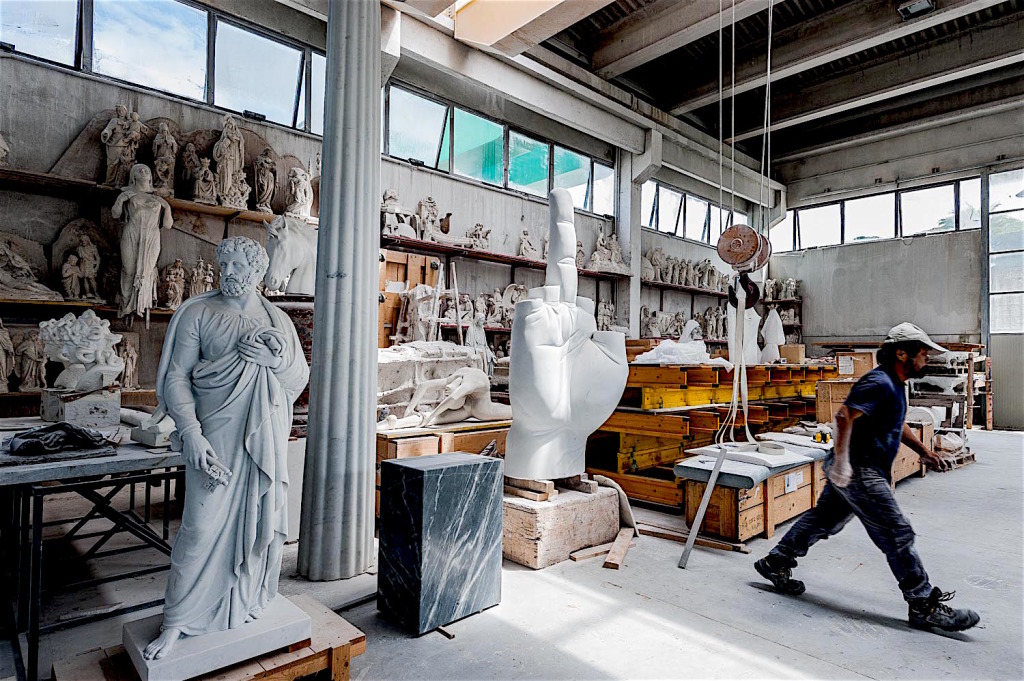