THE MAXXI IN ROME EXPANDS? 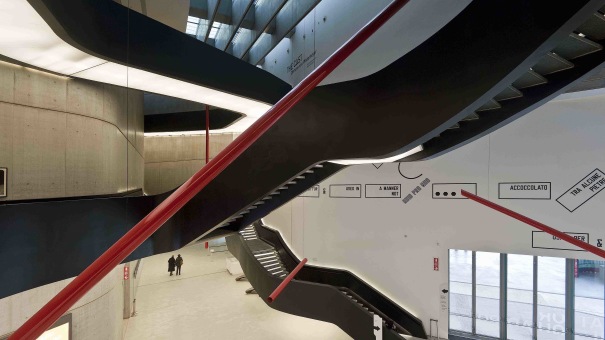 The Maxxi, the National Museum of the XXI Century, designed by the British-Iraqi architect Zaha Hadid, in the Flaminio district of Rome, wants to expand and complete the initial project, which also included to provide a temporary residence for young artists. The building to be built in the immediate vicinity of the Museum, is also thought of as a place to display the works produced by the guest artists in residence. An “unused lot” has been identified, in via Masaccio, and it is now intended to give the start to the executive project. The necessary administrative/bureaucratic authorizations and the funds needed are currently lacking. Not the good will. Who will survive, perhaps, will see. It seems, however, that some local residents, against the initiative, have protested, obviously in the roman dialect, with the slogan: “Nunt’allarga ‘!” (“Don’t expand too much!”).