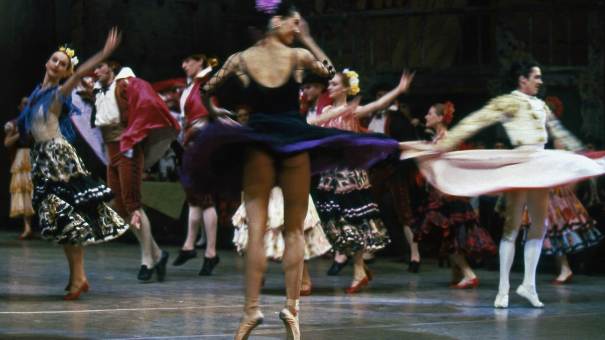 It seems that the inspector general of the Ministry of Culture has officially requested the President of the Administration of the Mariinsky Theatre in St. Petersburg to resign after, from the archives of a famous Italian photo agency (not specifically named), this image of the ballet “Don Quixote” was released. According to the well informed, the Inspector had criticized the President for his “little accuracy in the control of the costumes of the ballerinas that do not respond to the canons of morality of today’s Russia