In Carmelo Eramo’s south nothing is new

There are many photographers who have searched for the exotic, in our south. The south is hot, it’s antique, it’s slow. The British would say picturesque. There is little rain and people live in the street: a stage upon which one improvises and opportunities to take great photos of scenes are never lacking. The history of photography is thus full of stories of authors who have been confronted with the multiform realities of the former Bourbon reign. Fosco Maraini and Piergiorgio Branzi, sarcastic Tuscans; Mario Giacomelli, the typographer, a visionary explorer of Abruzzo (the north of the south!) full of contrast that has perhaps left the most famous photo of the small town of Scanno (the one – accidental? – of the ectoplasm boy); Gianni Berengo Gardin, yet another peaceful follower in the footsteps of Henri Cartier Bresson in the same Scanno; Erwin Elliot, always attentive, ironically humorous and gentle in a world whose language he is not entirely unaware of; Mario Cresci clear exegete of the Basilicata. Then there are the photographers who were born in the south, like Letizia Battaglia, a believable witness at the forefront in the denunciation of the operations of the Mafia; Enzo Sellerio, cultured gentleman on the breach for the illustrated magazines of the 50s and 60s; Ferdinando Scianna, the author of Les Siciliens for Denoel (and later for Einaudi) the book which revealed him, already excellent, to the general public when only a little more than 30 years old;

Peppuzzo Tornatore (yes him, the Oscar prize winner for Nuovo Cinema Paradiso) that still in elementary school uniform photographed, with a bulky Rolleicord, the Bagheria of his childhood, long before the concrete buildings and his reinterpretation for Hollywood on the big screen. And there are also those who, still in the south, photograph for pleasure, but as a daily commitment. To respond to the need to be able to hand over a world “that is being lost.” Carmelo Eramo is not looking for the exotic because being from Puglia, he has it inside him. If anything, he tries to preserve it, also for the memory of his pupils. Because he is an elementary school teacher in Altamura. His black and whites taste of the authors mentioned above, they have the grain that tastes of Tri X, (the film used by those who were unaware of being the forerunners of what today is called street photography), but above all taste of that intangible culture that you breathe in villages with low houses, crumbling plaster, belvedere with railings, flowered balconies, clean pavements, pensioners with their caps, underpants hanging from the clothes line to dry in the streets, children who graze their knees playing football in front of the church. They taste of winding alleyways, of the scent of freshly baked bread and preserves, of the chatter of women who spend their lives on the doorstep, or with knotted black scarves to hide their hair, go in procession with a candle in hand and a prayer on their lips. From the south, in fact. Let it be said. (MP) 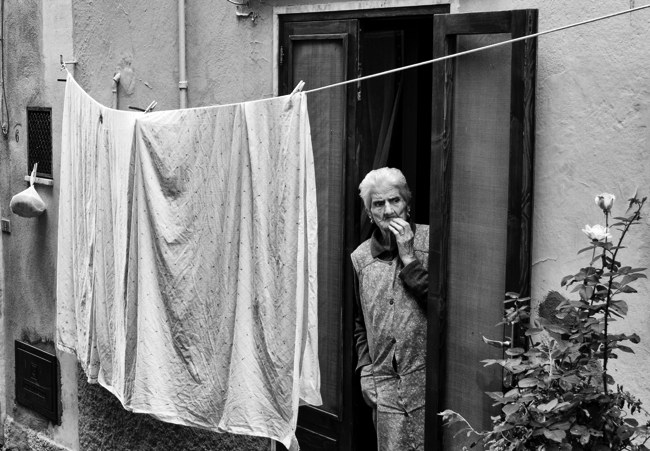 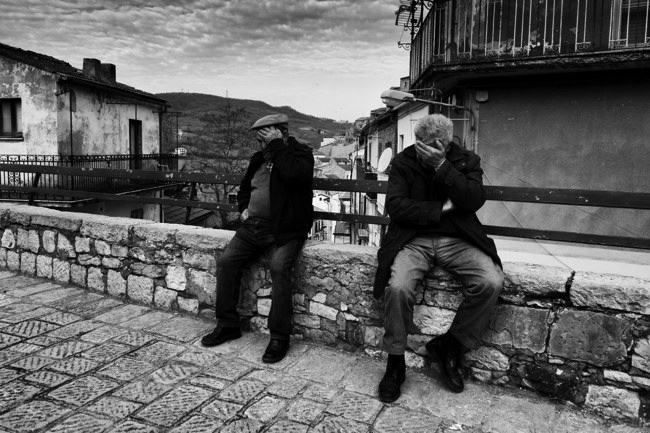 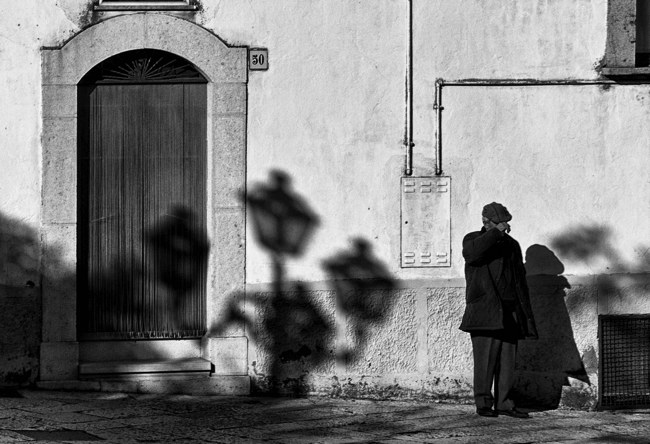 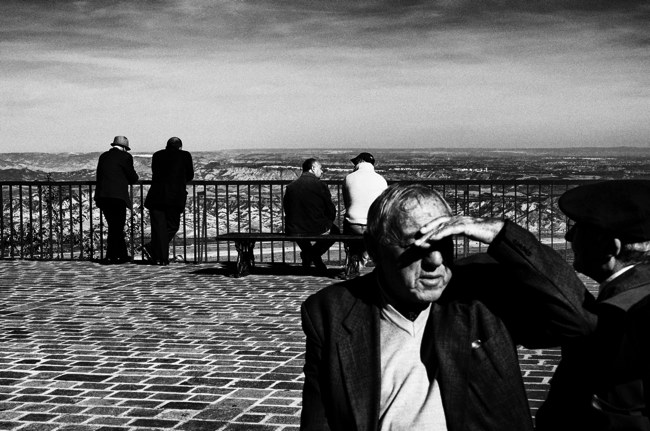 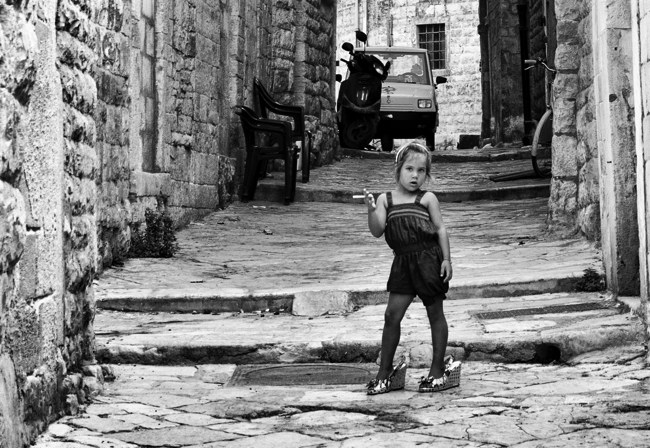 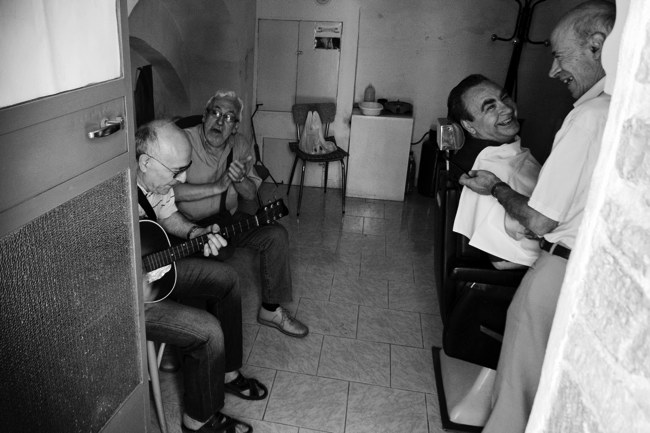 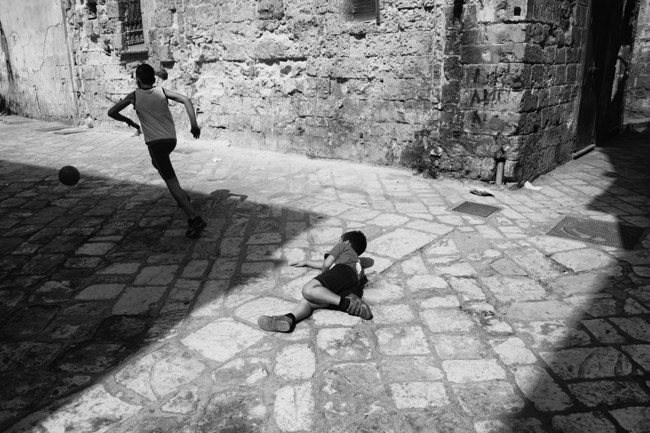 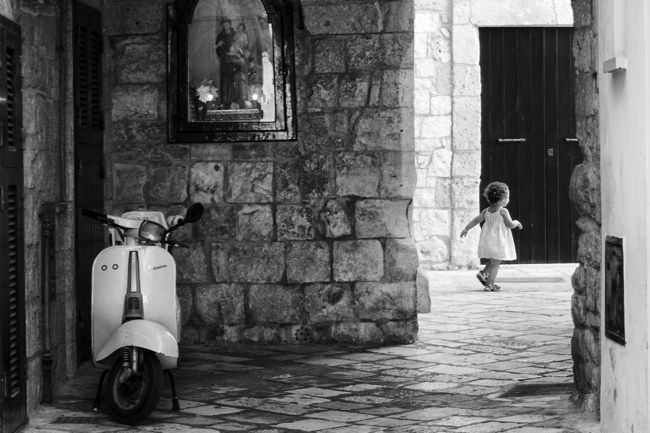 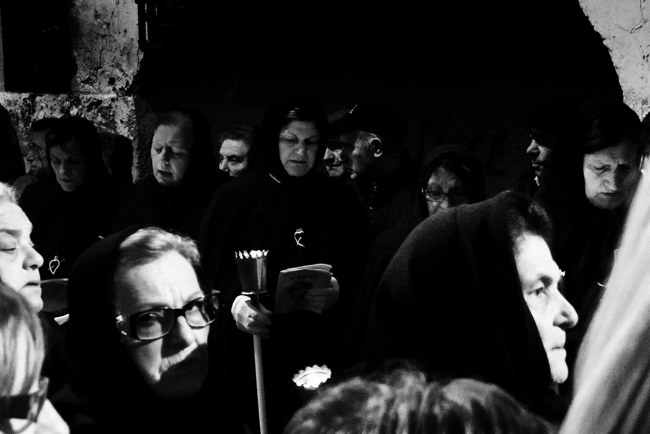 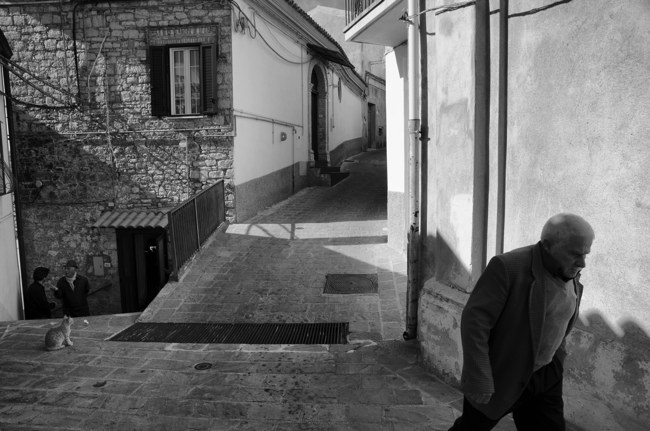 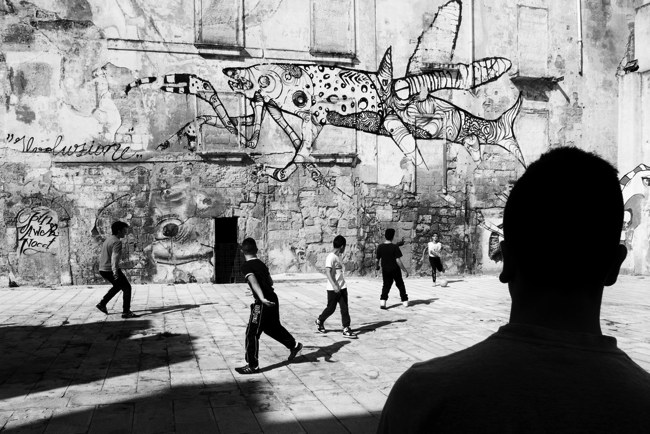 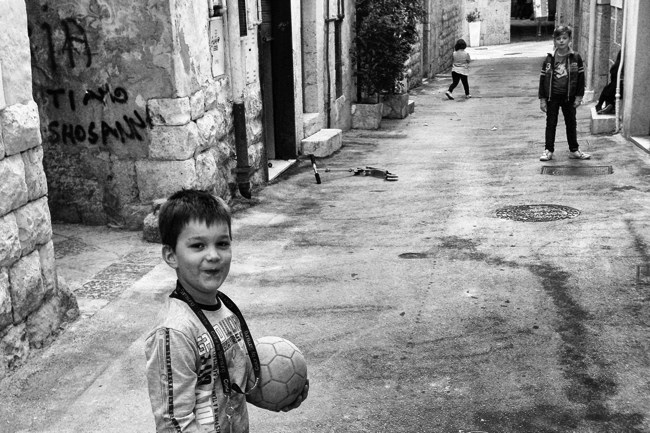 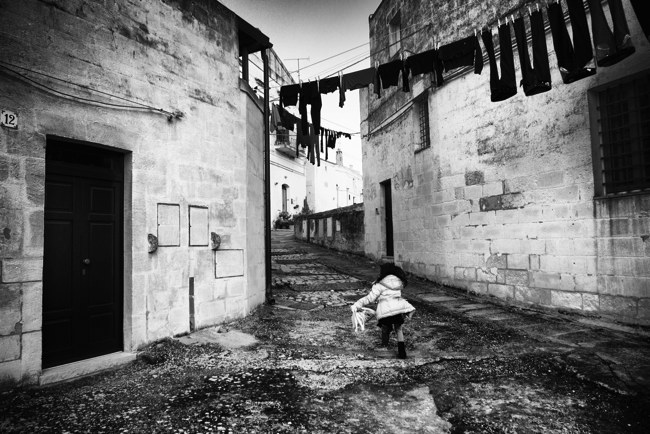 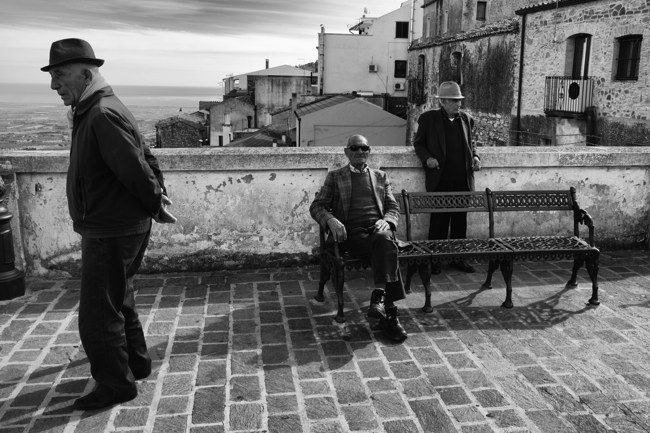 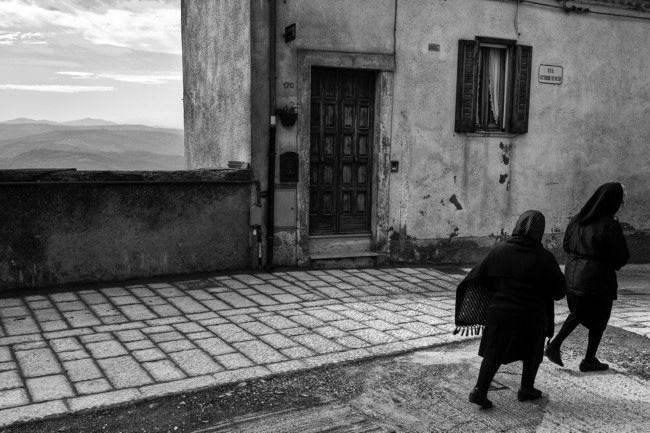