FRANCESCA MOSCHENI AESTHETICS OF THE REBUS 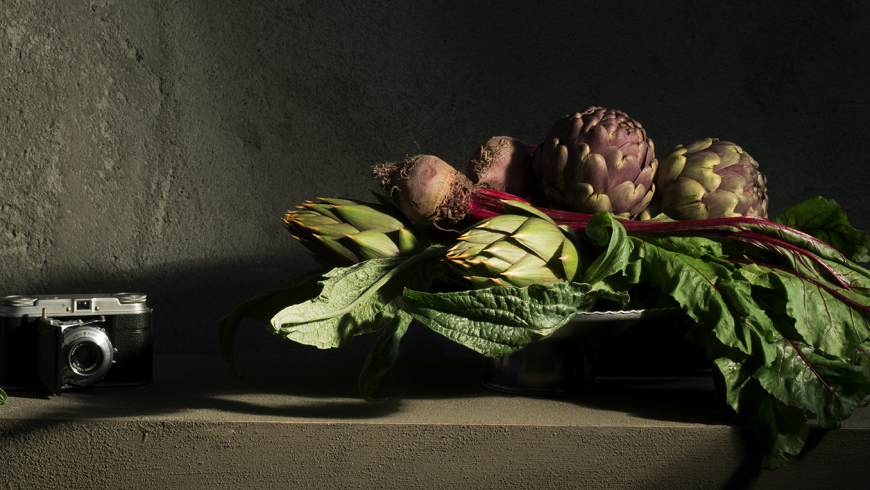 A meticulous author, able to express herself at the highest level in the field of professional photography and especially in the difficult art of still life, Francesca Moscheni has recently measured herself with a new personal research where many data are intertwined in each other’s references. The first aspect that is immediately perceived is that of the representation of food: here the author can not help but compete with the criteria of the seventeenth century paintings and therefore focuses on the careful control of lights and, above all, shadows by ensuring that all details emerge within a composition that makes it particularly plastic. So, poised on the edge of the concrete walls that surround them, fish, vegetables, fruits fill the space with a so carefully studied presence that brings out a barely concealed sense of theatricality. Once this result is achieved, however, the photographer makes a surprising turnabout and leads us into a new territory where the elements of a contemporary aesthetic dominate characterized by a flickering dynamism. Observed more carefully, her still life are revealed in detail (is it not there that it is said to be hiding if not the devil, at least her bizarre logic?) as works crossed by an ironic spirit and immersed in a hermetic atmosphere. A playing card that casually appears abandoned, a glass sphere that reflects the environment as if it had wanted to capture it inside, a dice that exposes mocking numbers that Chance has wanted to show themselves, seem to be inserted without any rational logic . But then, looking at other objects closer to each other in such an unorthodox way, combinations that are found in the tables drawn by the rebus come to mind. Even if here the outcome is purely aesthetic, since there is no solution to discover, but only the pleasure of being guided by the seductive spirit of the enigma. 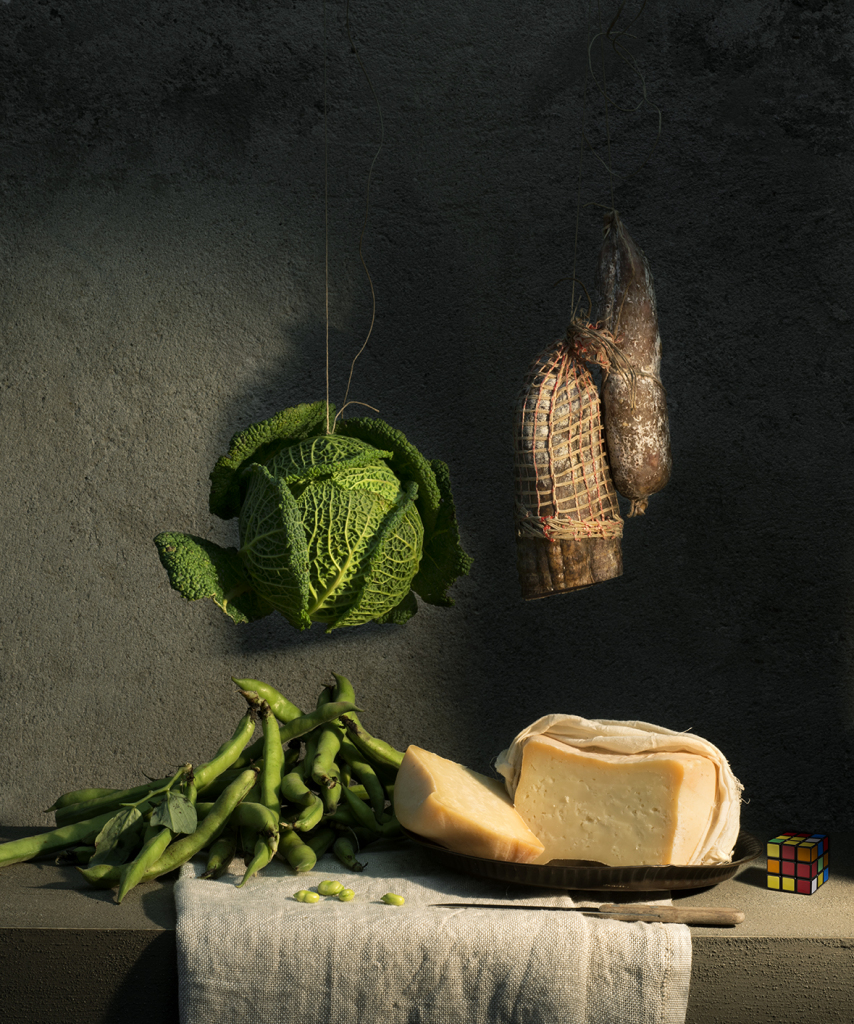 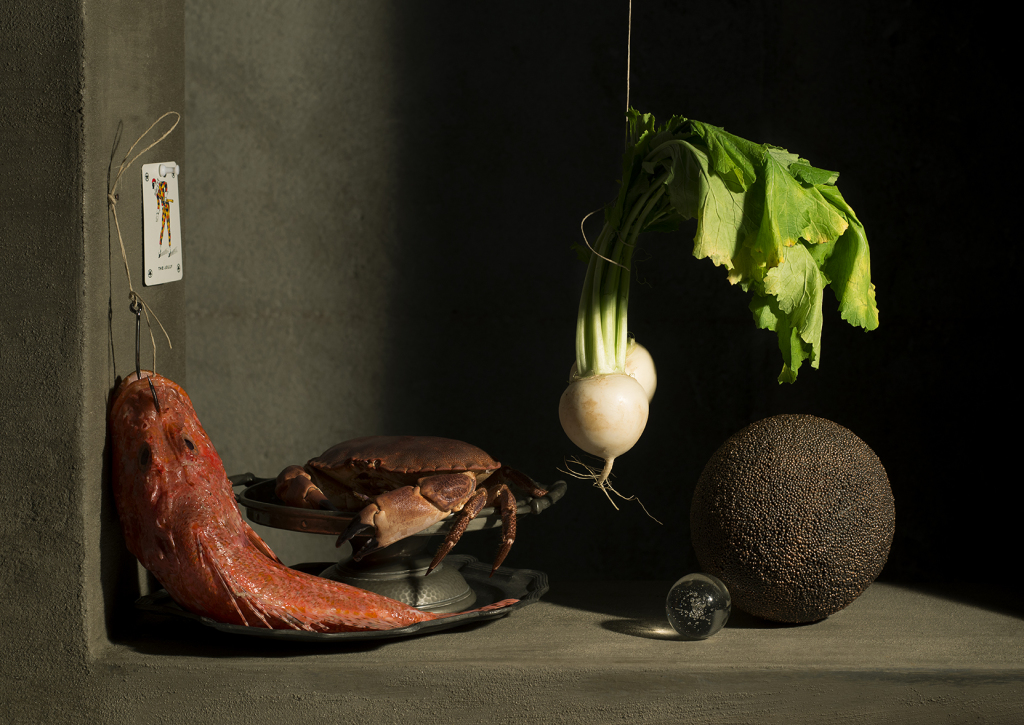 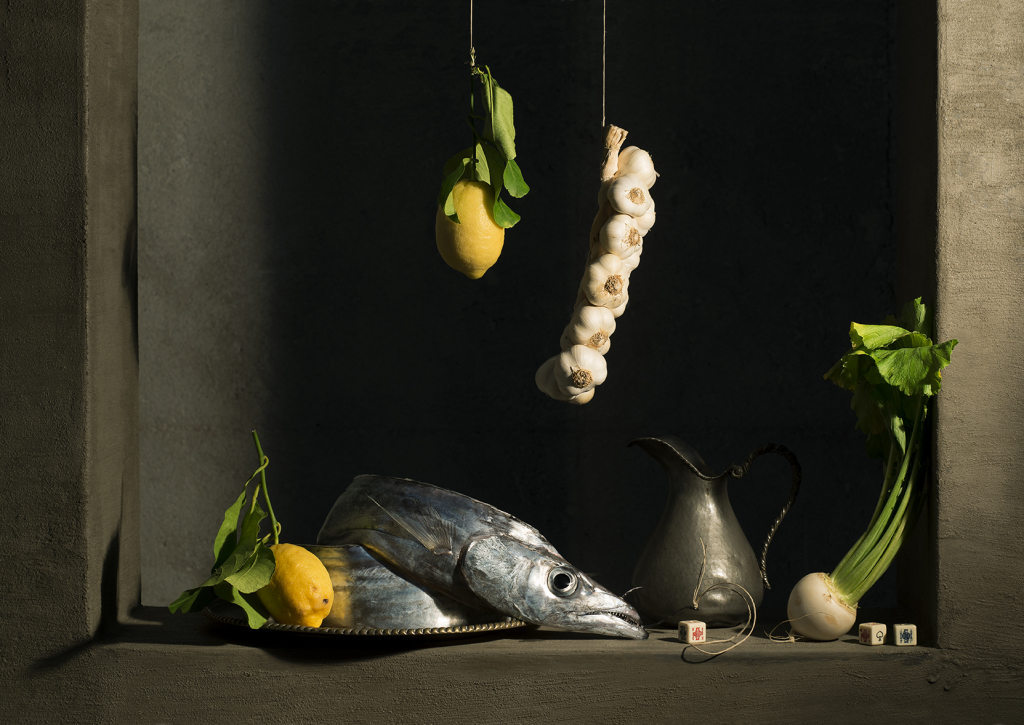 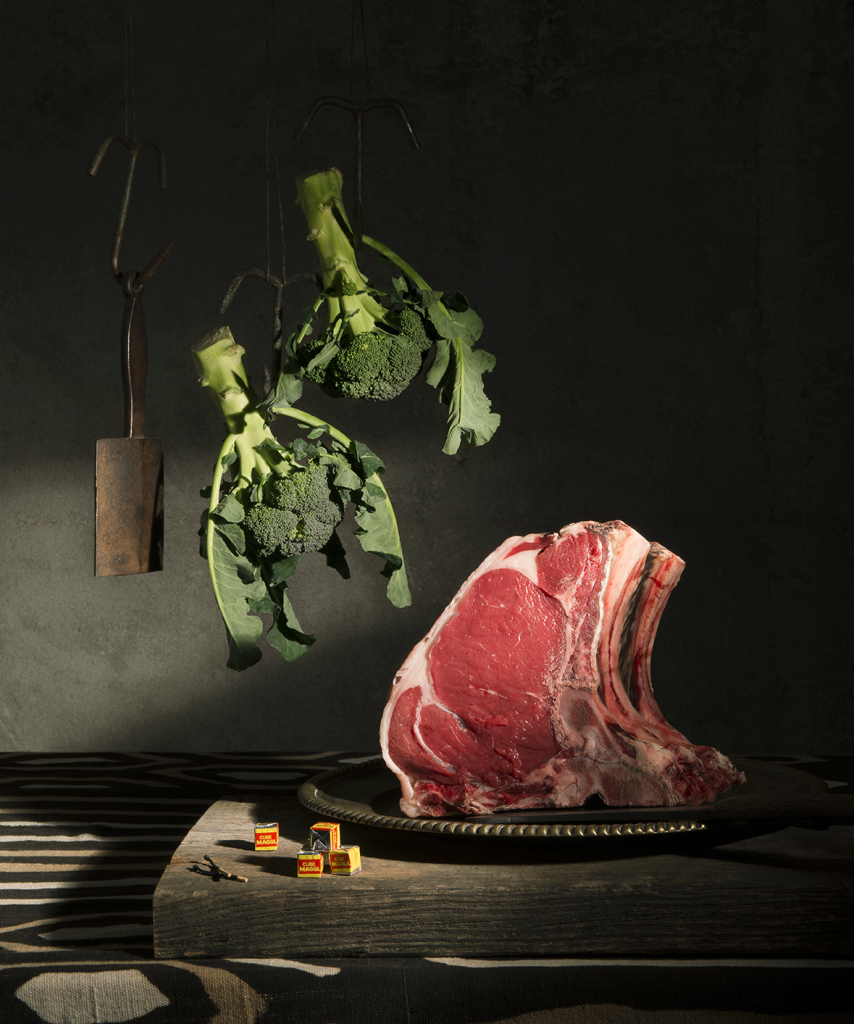 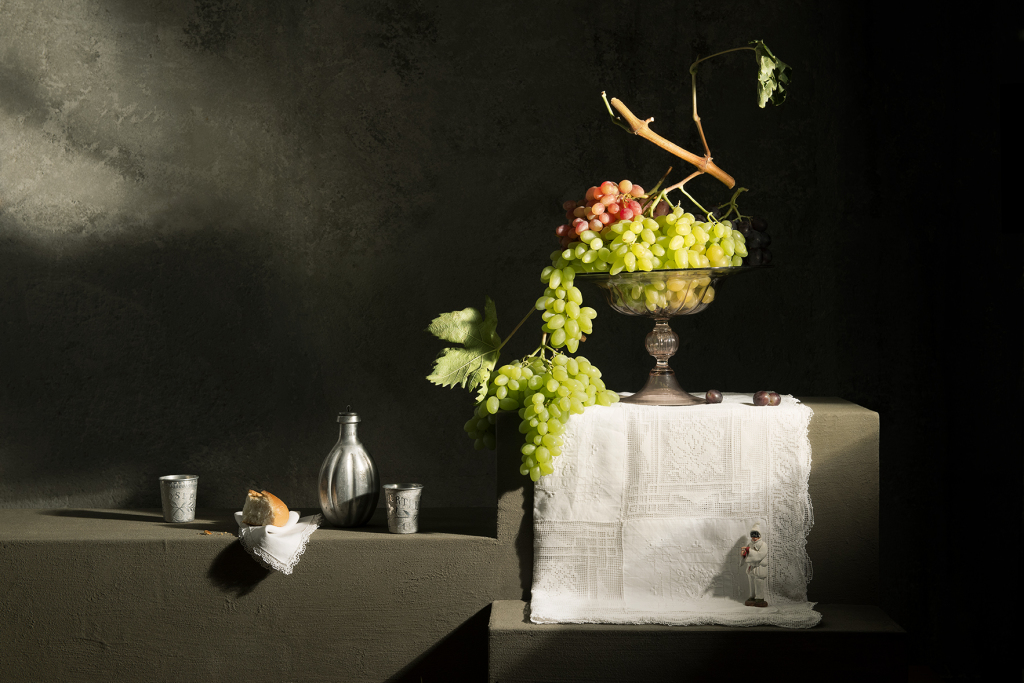 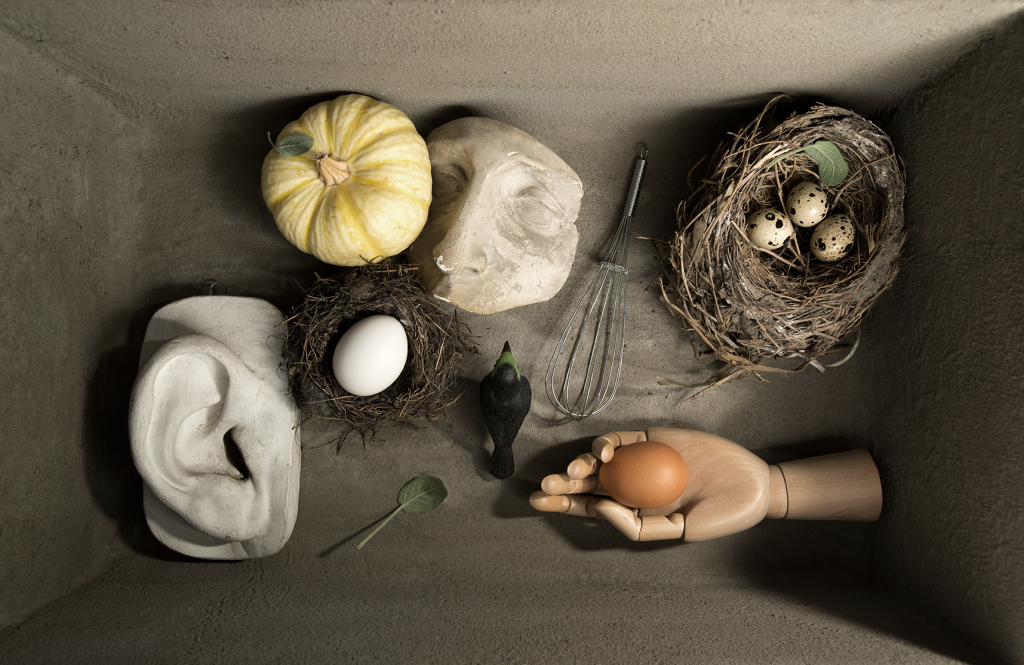 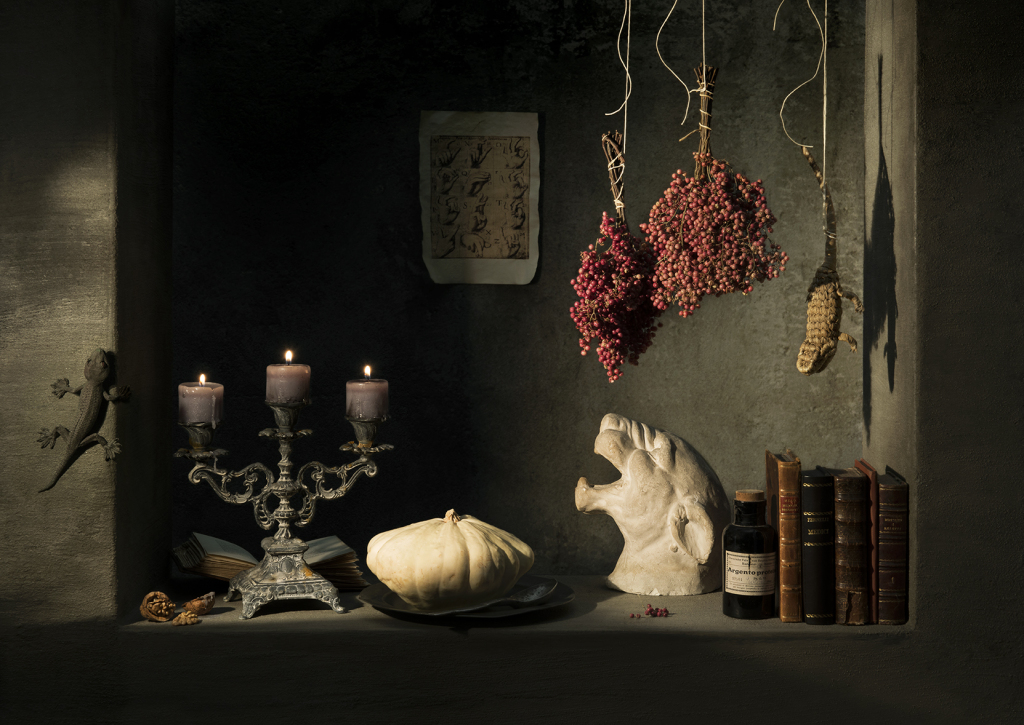 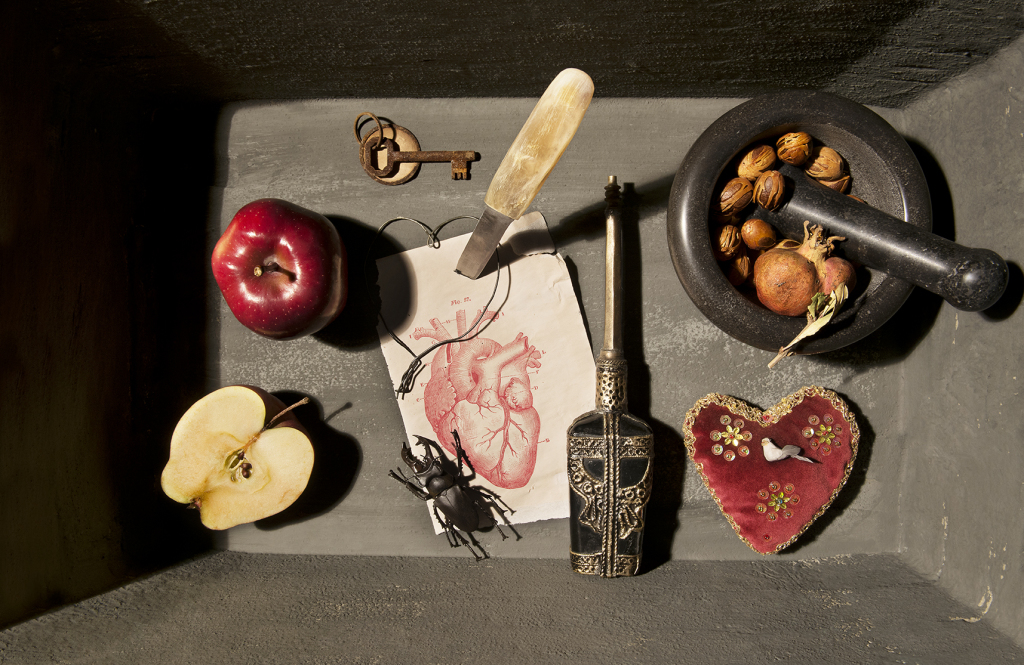 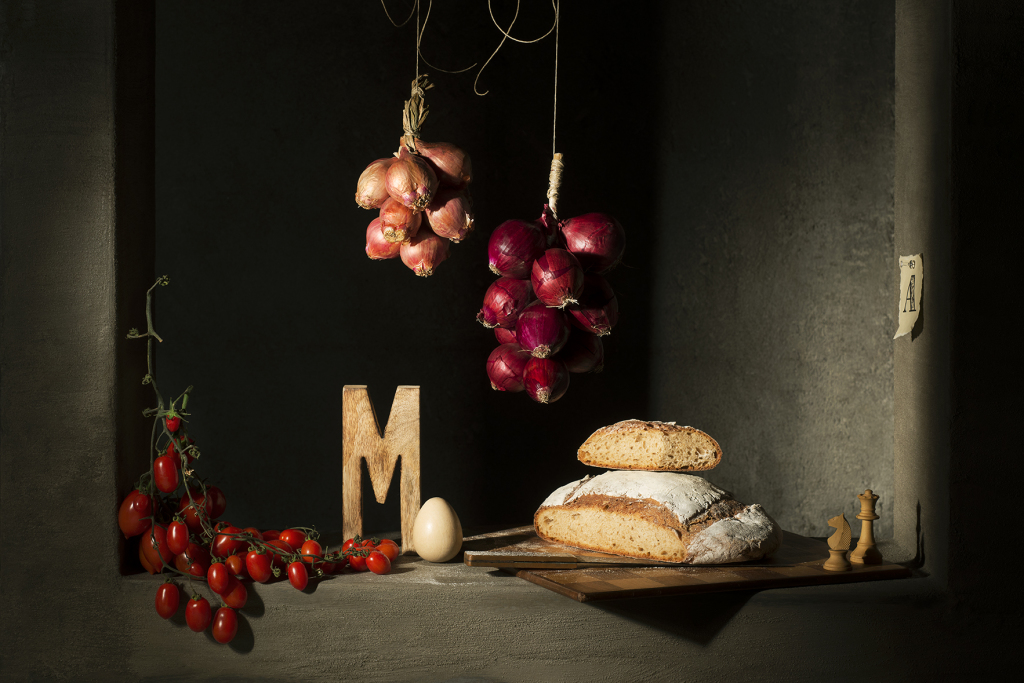