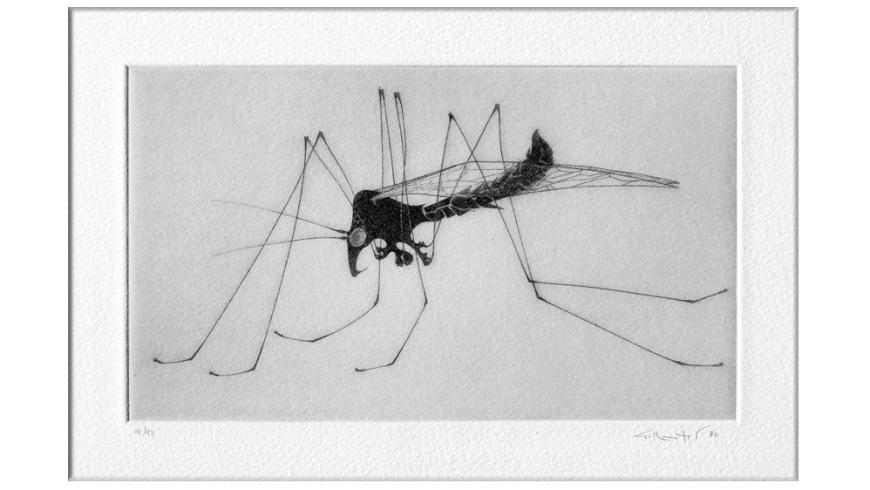 I met Gabriel Kantor in his studio in Bellagio, where he has lived for over thirty years. Son of an artist, has a past as a musician, in Argentina, and as a painter and engraver in many countries of the world, from Peru to the United States, from Holland to Israel. Prints and drawings, selected for the occasion, were dressed with a touch of courteous theatrics , as is customary. Gabriel explained to me, with detailed accuracy, how he folded the classic techniques into his own research. I am passionate about his choice of paper and pass-partout, studied and selected one by one for the appropriate frames. Size, grain and color: nothing is left to chance. For each print, every little variation, creates different effects. The artist foresees them and chases them, constantly experimenting. Without finishing lines. His meticulous gaze challenges the limits imposed by the materials and finds, in the herbaria and the tables of the late Renaissance, the seventeenth and eighteenth centuries, authoritative sources of inspiration. In the ancient tradition of the representation of varieties of plant, horticultural, zoological species, in the aspiration to the classification and exploration of the “great book of nature” foundations were established, and together sought to trace the symbolic value of those forms, each designated as exempla of vices and virtue, pitfalls and promises, otherwise, in Gabriel’s attitude, the exemplary role of the artist comes into play, modern inventor of forms, and thus with the autonomy of the techniques and their impeccable domain. His hand chases the elegant lines of a dragonfly or a mosquito, their elongated bodies, membranous at times, and it favors those forms that taper up in agony. The colour structure of the plumage of a tiny hummingbird therefore offers all its attractiveness, for the grueling difficulties that the translation offers in black and white, especially if placed in dialectic with the tactile qualities of the surrounding foliage . With extreme analysis the ability of abstraction and transfiguration appears.

It is not surprising to trace the same quality in the etchings depicting jugs, carafes and bowls, with the background of abstract texture of light as in the depiction of a landscape of a lagoon landscape, so evocative of the Venetian atmosphere. Elsewhere,our eyes are opened, between the winter mists, to the image of the small village of Limonta, overlooking the south eastern part of Como, where the meticulous description of the details – the frosty trees, the grassy cliffs, the reflections of the lake – corresponds to the fairy-tale evanescence of the view, elusive, even languid. Interest in the limpid beauty of geometry one dreams of perfection, harmony intellectually tidy, without errors and randomness, while the fragmentary nature of the visible comes together in a simple and accomplished pattern. The suspended silence of an inhabited city comes to mind, sometimes made with barely perceptible signs, sometimes instead with accelerated touches. Elongated forms of elegance appear, arched like a Gothic window, cruel as a razor cut. It so happens that the severe accession of the analysis is pierced by the boldest abstraction. Each object or insect or form stands out as an experience of light absorbed or rejected in varying degrees. Everything is calculated: the shades of grey, the thickness and depth of the marks, scratches and morsure, modulate the ability of technical research of the effects of light. To the observation of things, the taste of pure intuition comes, gesture for gesture: thus in some of the self-portraits, or in certain synthesis of landscapes.Shots of foils, in the challenge, won, with the absoluteness and simplicity of white. 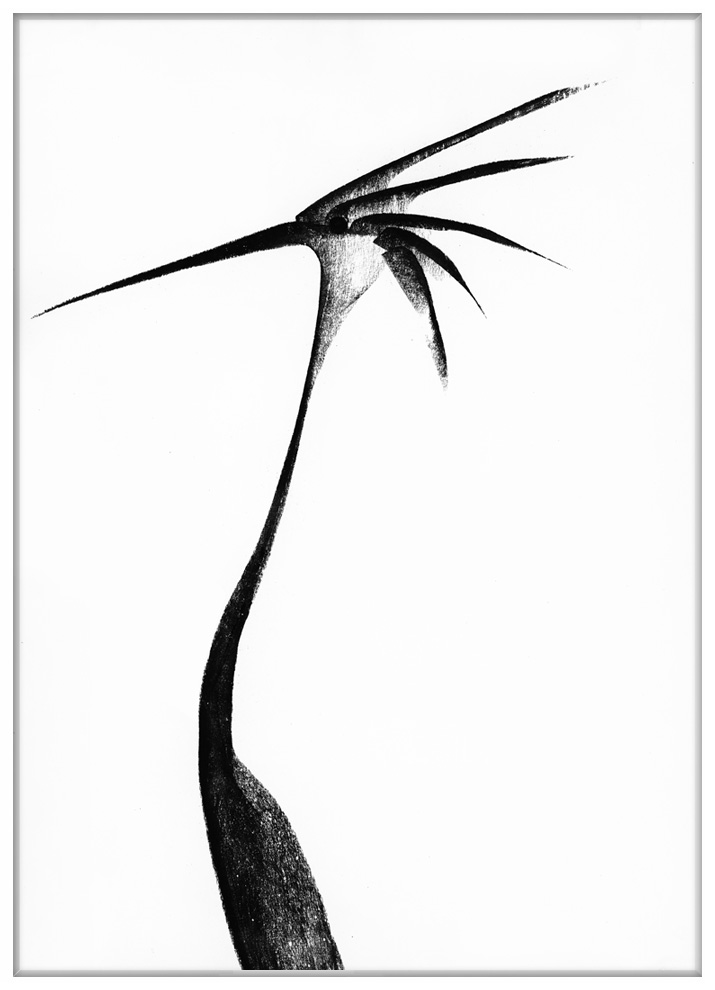 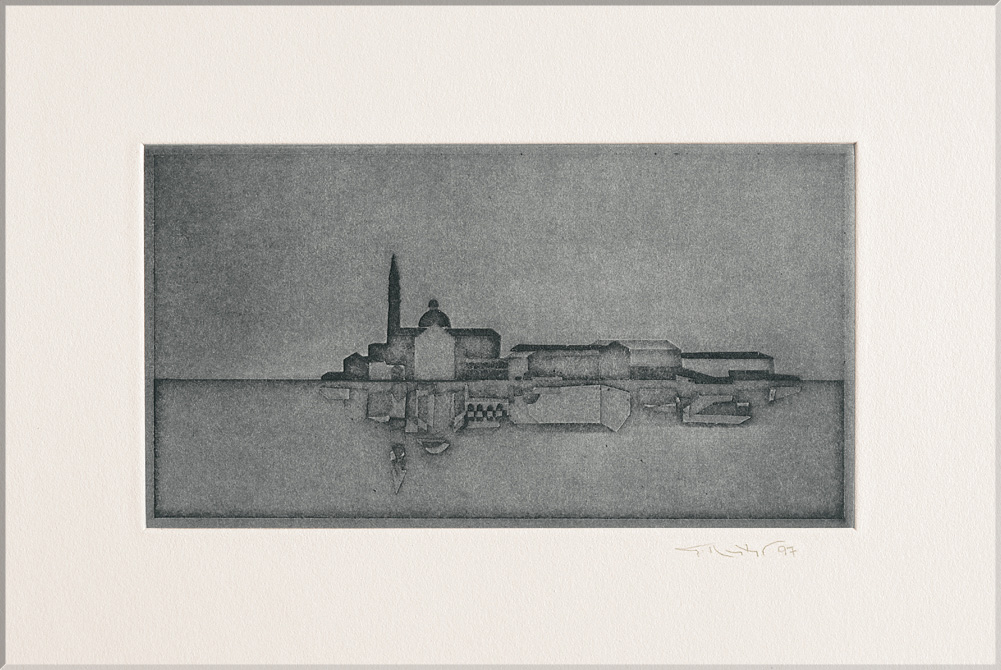 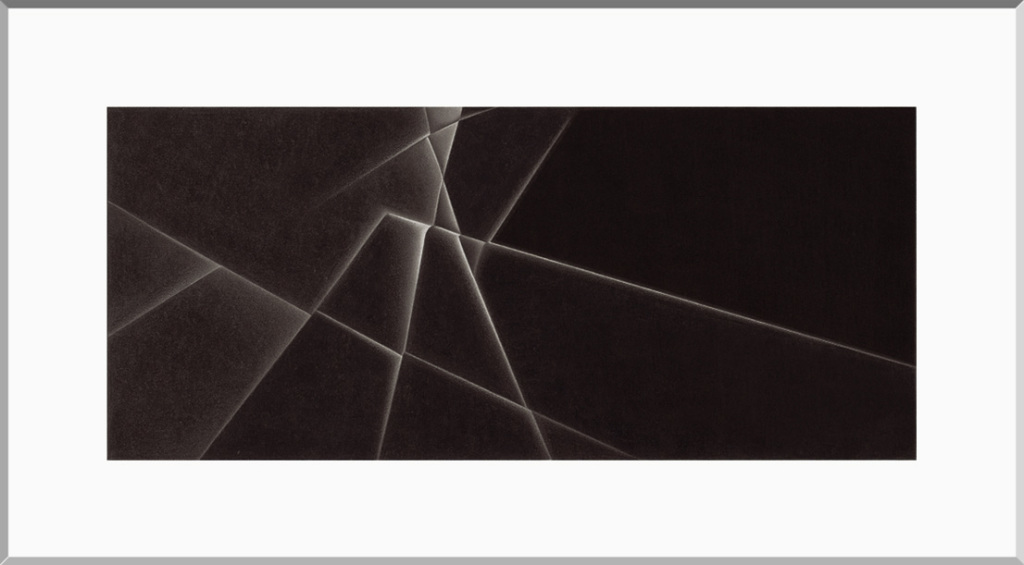 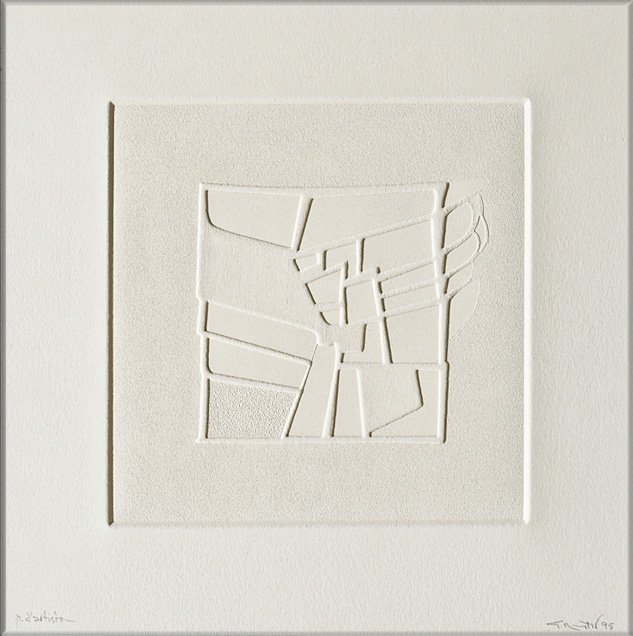 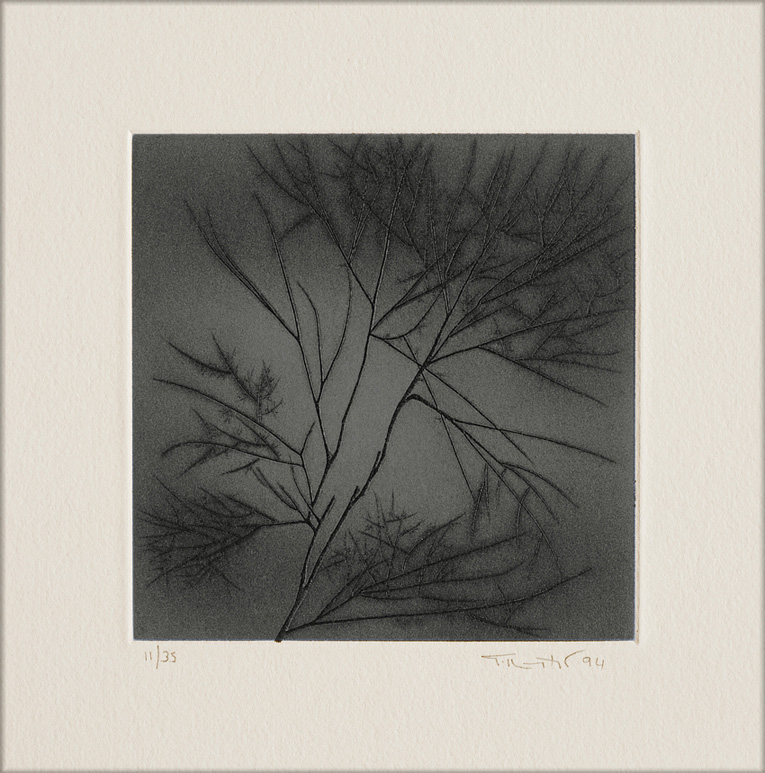 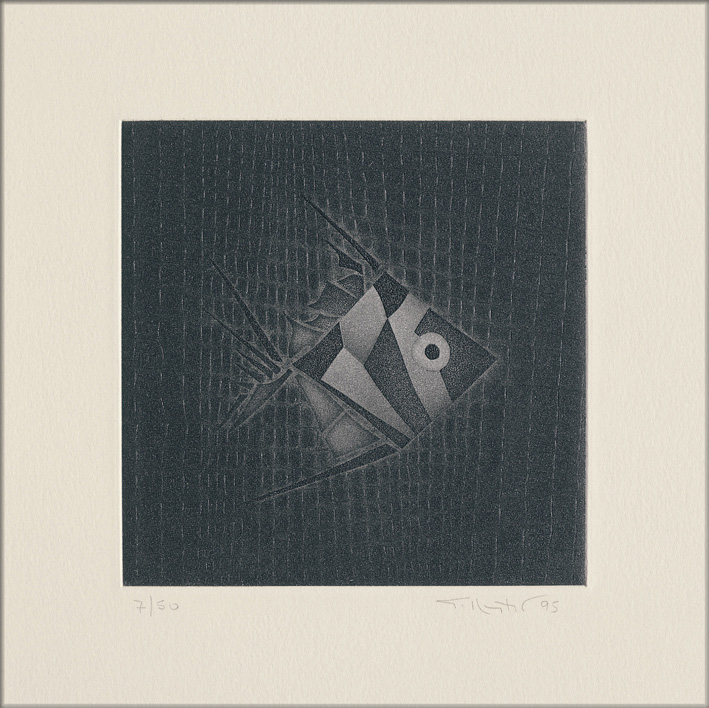 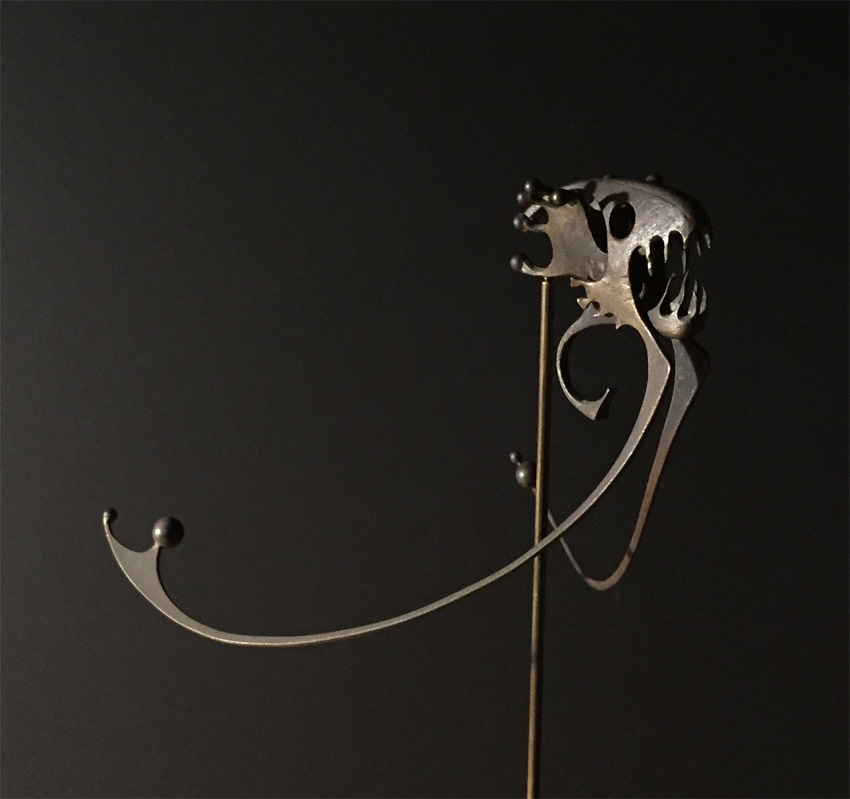 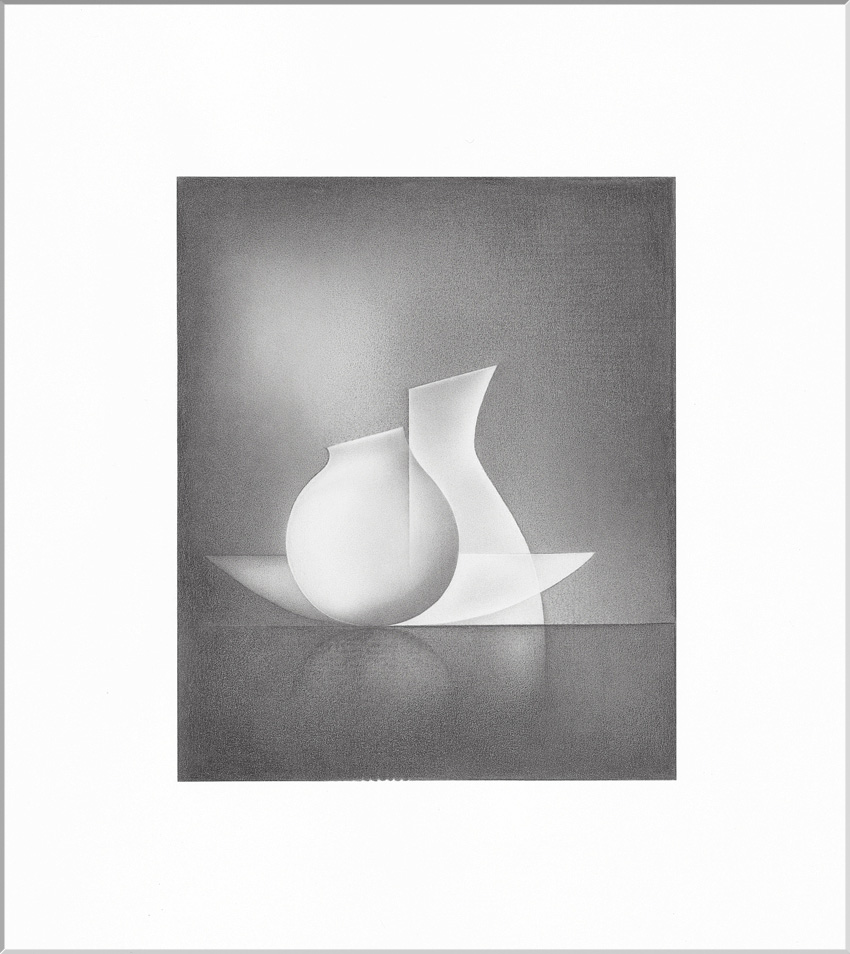 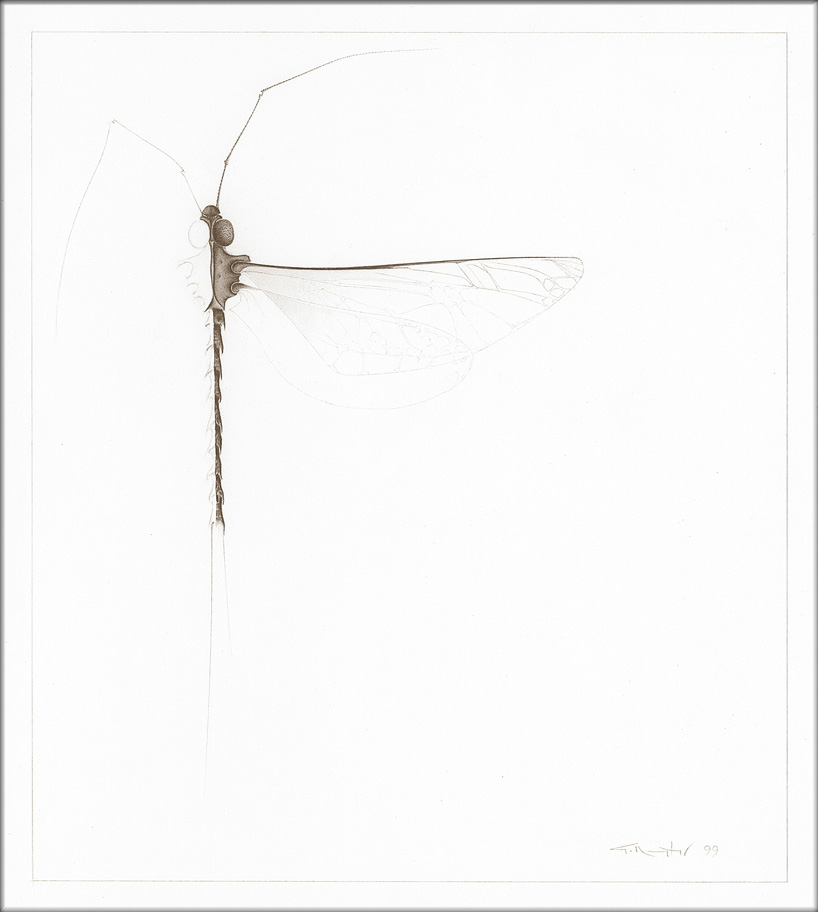 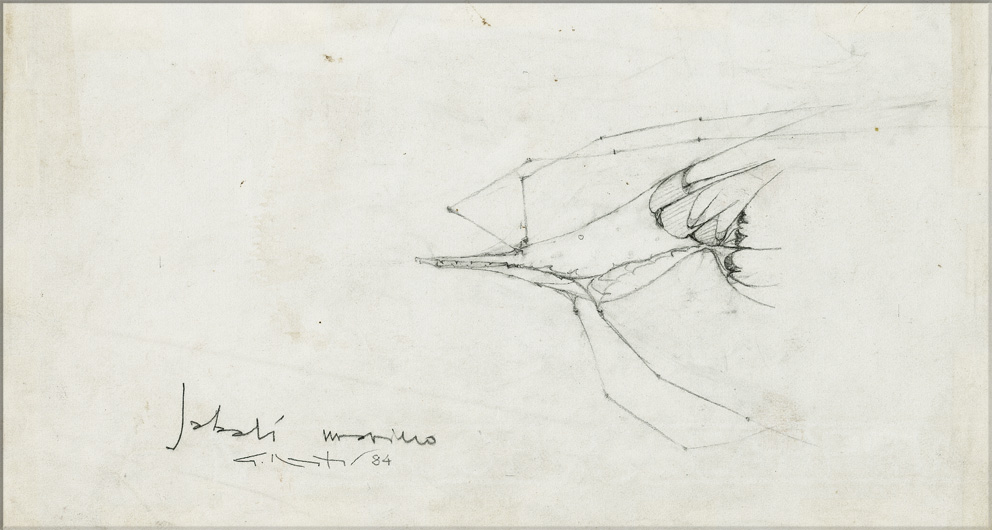 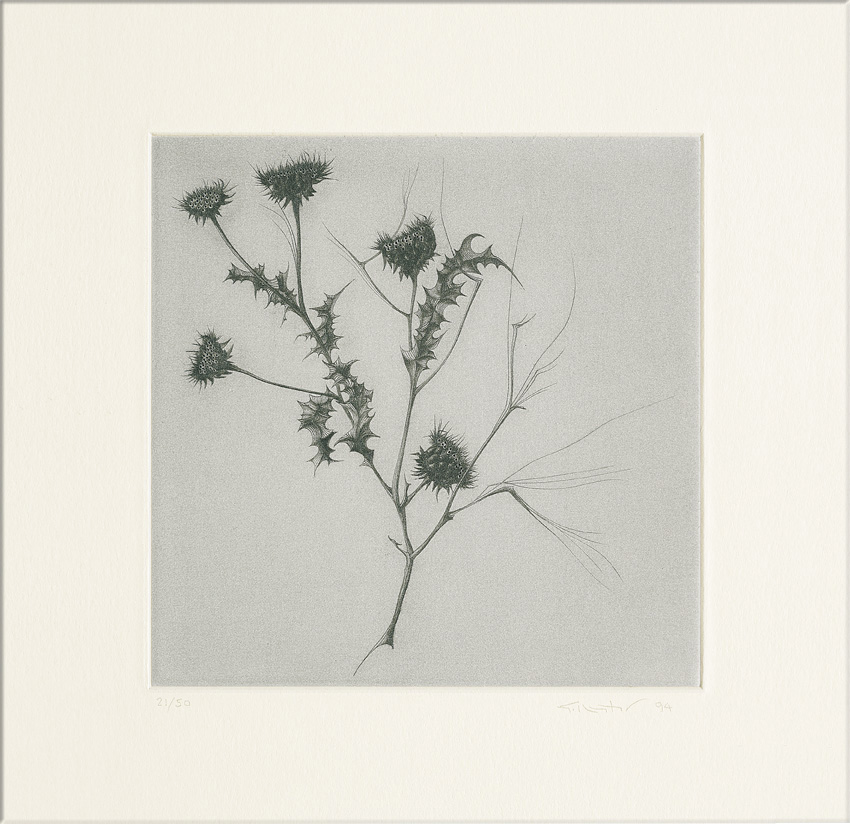 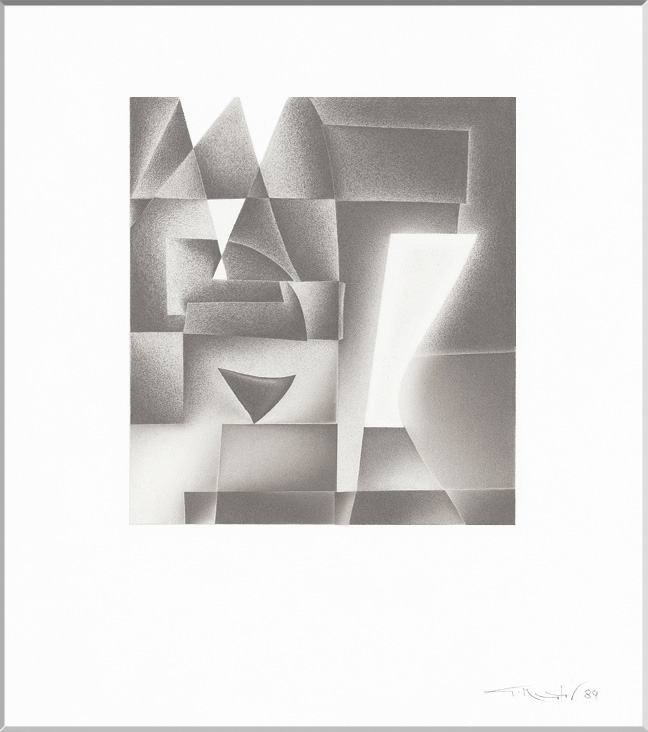