IN BERKELEY, IN 1972, DREAMING OF CALIFORNIA 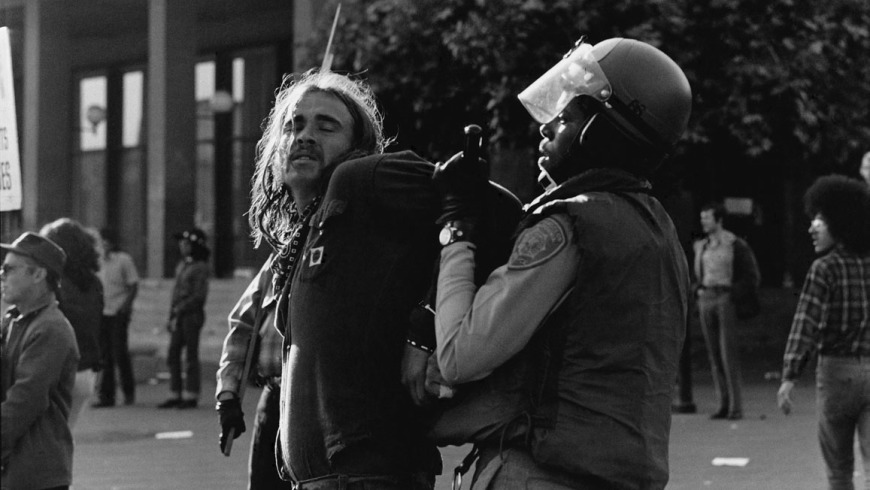 Summing up his work of nearly half a century in the field of committed photography, that which used to be called “concerned”, Maurizio Berlincioni (Florence, 1943) remembers that his first “real” job was in August 1969: an intrusion into the black world of Spanish Harlem, in New York. That shoot, carried out with great difficulty by a white skinned photographer like Maurizio, who also has red hair and freckles, will carry the title of Black America. A year later, the images of The Isle of Dogs will follow. A pitiless investigation into the London district of the docks, now one of the most exclusive in the British metropolis and in those days in such a phase of neglect that its inhabitants declared unilateral independence from the United Kingdom.

His best known photographs, however, Maurizio takes, from 1972 to 1980, in California. Many appear in the book Super Giant and Vicinity, published by the Archivio Fotografico Toscano in 1984.

Maurizio arrives on the Pacific coast in December 1971 to marry Anne Marie Speno, an Italian-American from San Jose, and comes across one year, the following, that will be remembered for a number of events worthy of the attention of the international press. While, in fact, our man is all engrossed by a personal confrontation with the society of the (modest) wealth of the middle class of the West Coast, all intent in mowing lawns, baking cream cakes, travelling in motor homes, playing golf … the magazine Popular Photography Italiana, directed by Lanfranco Colombo, sends him to the Santa Clara courthouse. There, the trial of Angela Davis, the activist accused of providing weapons to a Black Panthers gang is taking place. Angela will be acquitted, with full formula, after months of hearings, with jubilation of many of her sympathizers. Including Maurizio, who creates the opportunity for a photographic report … Exclusive!

Not only, in that summer of 1972, the revolt of the students of the University of Berkeley broke out, the second after that of 1964, inspired by Herbert Marcuse, which anticipated the French May revolt. Maurizio finds himself in the middle of Telegraph Avenue, where students are protesting about obligatory conscription and the prolongation of the war in Vietnam, and are fighting, armed with slogans and banners, with the police in anti-guerrilla kit. On the TriX film loaded in the Nikon F of the Florentine photographer take form the images that now, after so many years, BARNUM offers to its readers, just as they have been selected by the author. They are a testimony of a significant moment for recent Western history. Thank you, Maurizio. 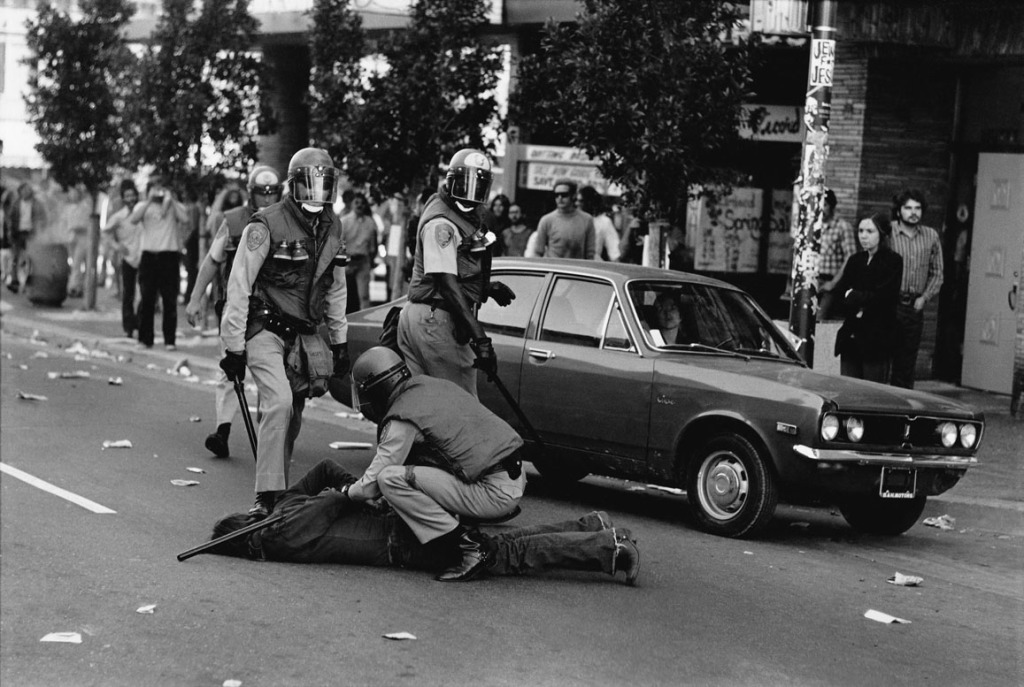 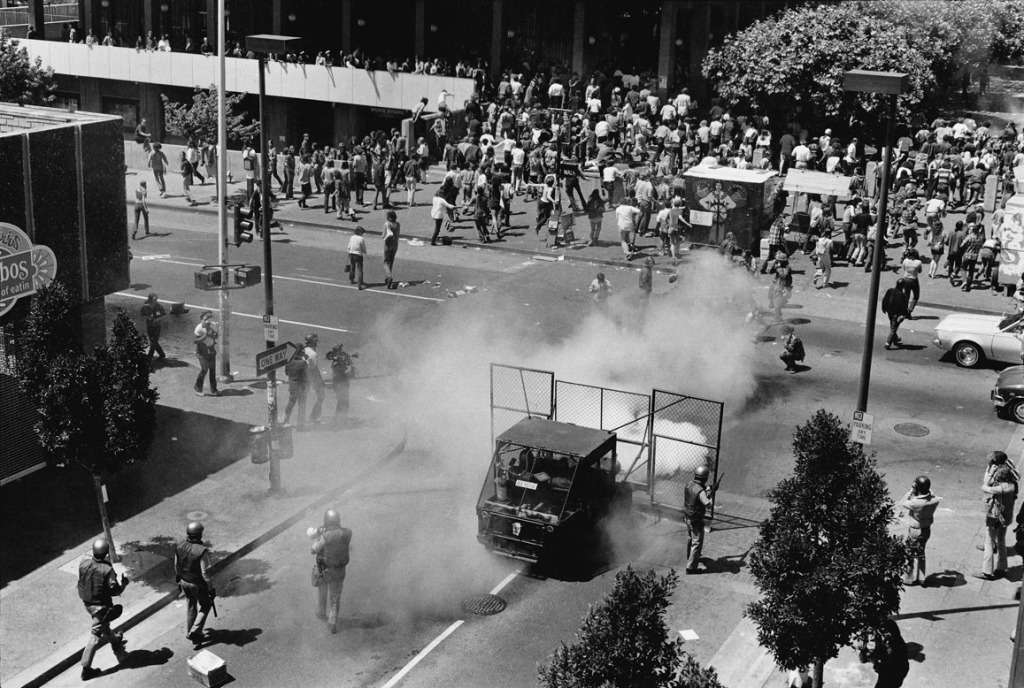 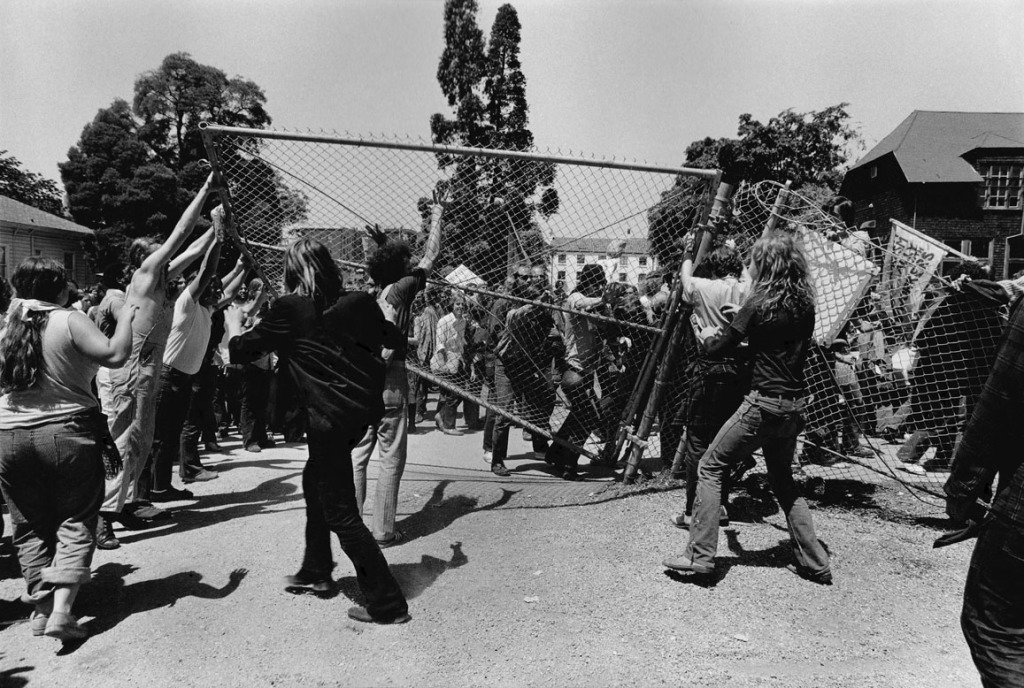 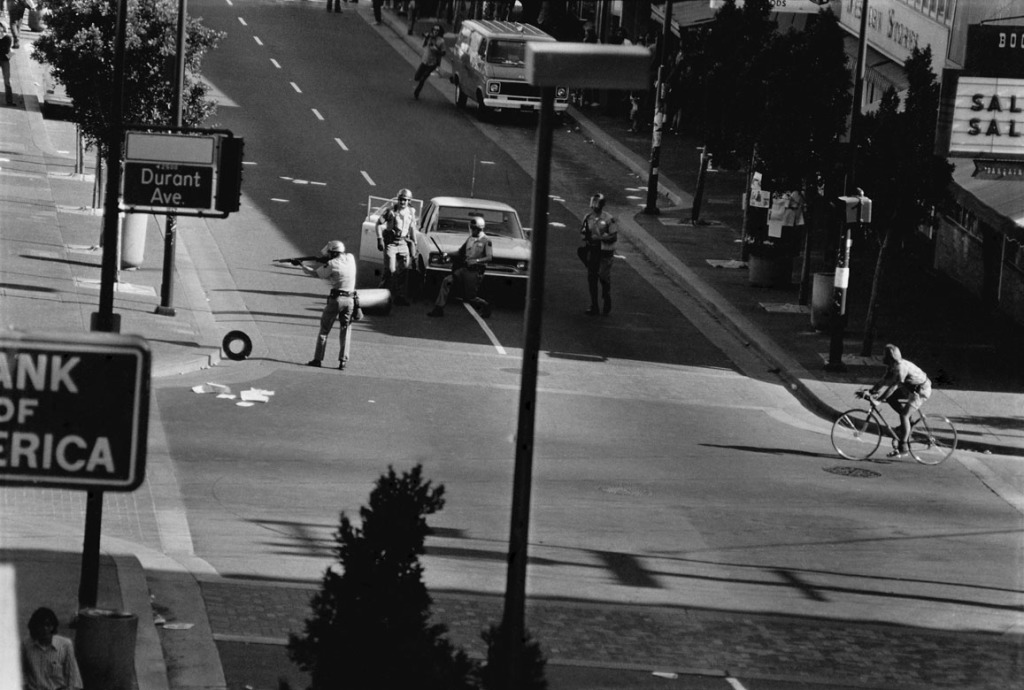 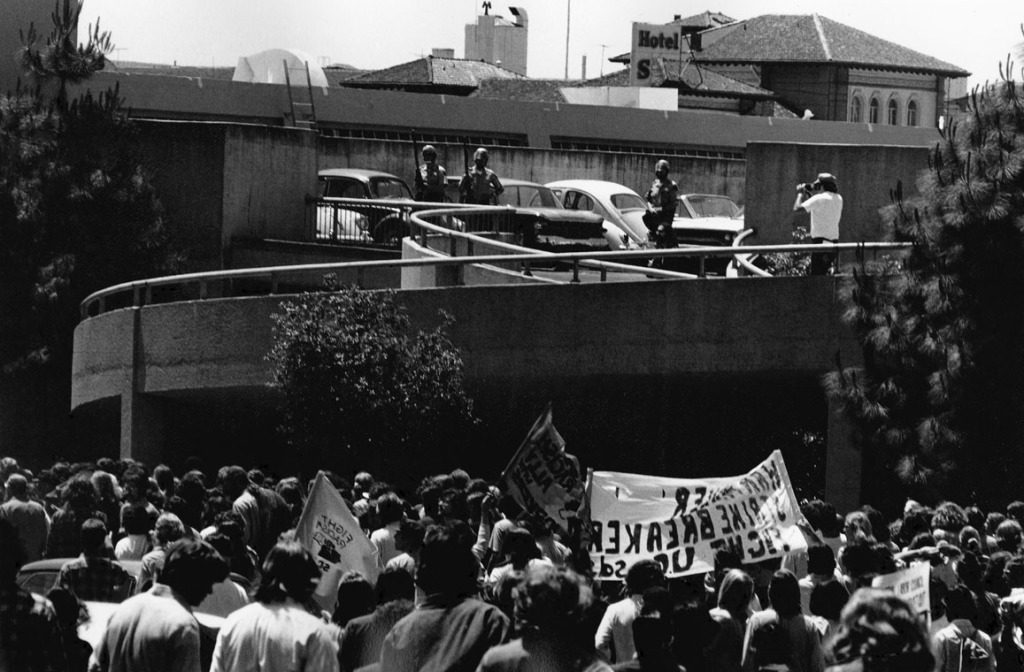 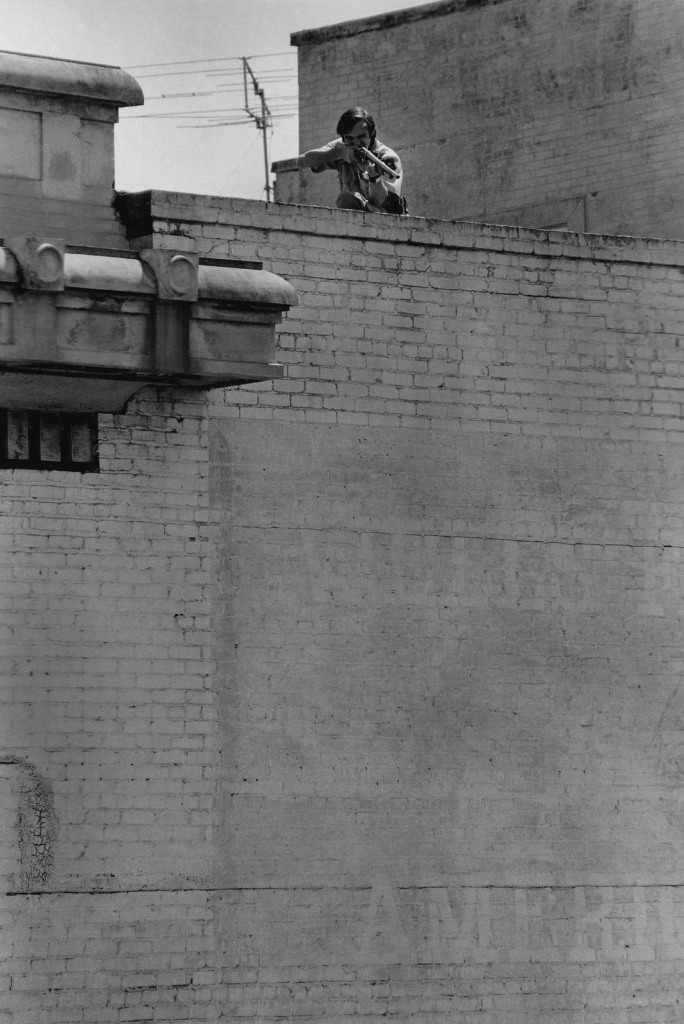 An ebook on the Californian years’ photographs by Maurizio Berlincioni and an interview by Sandro Pintus is on sale at Google Libri, iTunes/iBooks Store, StreetLib Store