IN HONOR OF MICHELANGELO MORE NEW DAVIDS IN FLORENCE

two weights and a measure to replicate Buonarroti’s masterpiece 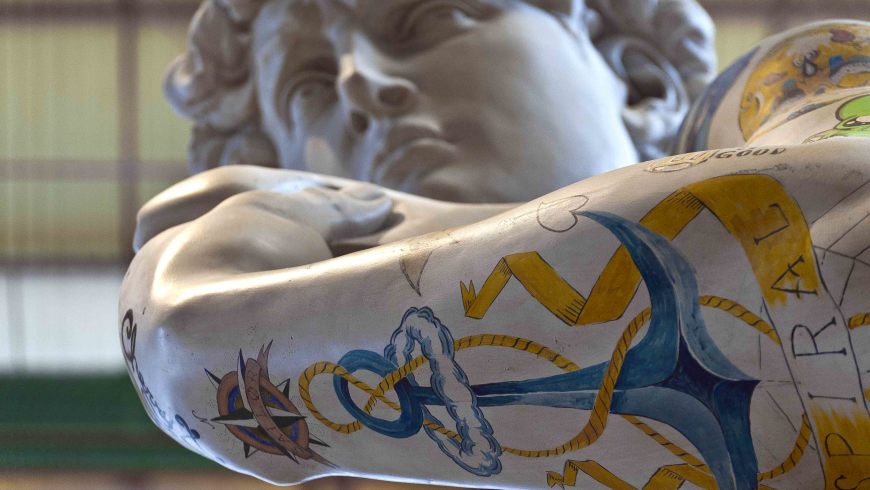 It weighs 44 tons and has dimensions which mark 30 as a magic number (530 x 230 x 130 cm.), the block of marble that Luciano Massari, the artist who directs the Studi d’Arte Cave Michelangelo in Carrara, with Sergio Risaliti organizer of spectacular art events, thought to lower into the middle of Piazza della Signoria, in Florence.
The occasion was offered for the celebrations of the week (14th • 19th July, 2015) dedicated to Buonarroti, to which, in 1501, the consuls of the Wool Guild commissioned the statue of King David.
And the block does not have a name. “We wanted, above all, to celebrate, and to make the physical fatigue of the artist understood – told Massari to BARNUM – opposing the white giant (with the sketch of the right arm of David) to the copy of the statue prepared by Luigi Arrighetti which since 1910 has a place of honor in the Florentine Arengario”.
With today’s technologies, it took almost a month to sculpt it and in a short time it will become a “complete” copy (one to one) on which there is already someone who “has his eye on it”.

The tattooed David that now overlooks the high floor of the Mercato Centrale, in Florence, is in resin and, instead, weighs only 250 kilograms. It will remain on site until the end of October. “It ‘s just for fun that we have made it, with the youngsters from the EXP group in Carrara, and that we had already used as testimonial for the Carrara Marble Week in 2013 “- has added Massari. 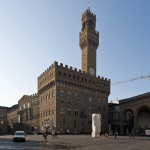 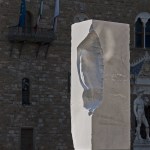 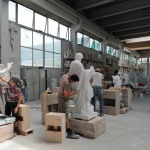 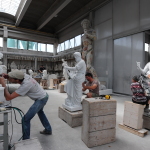 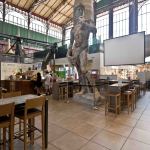 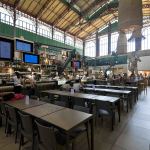 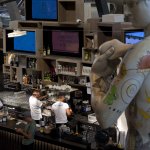 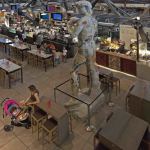 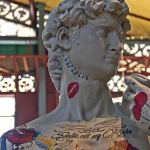 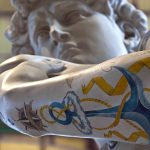 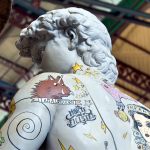 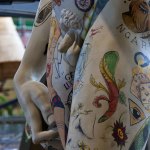 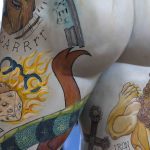 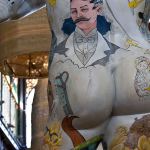 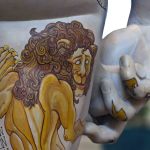 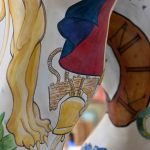 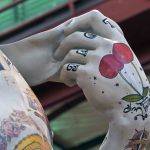 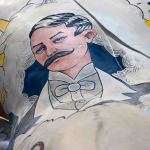 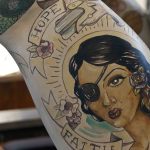 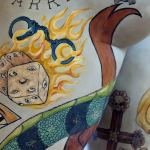 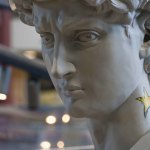 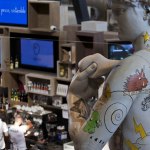 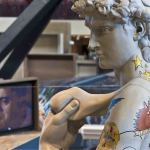 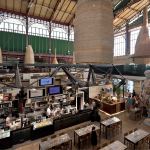