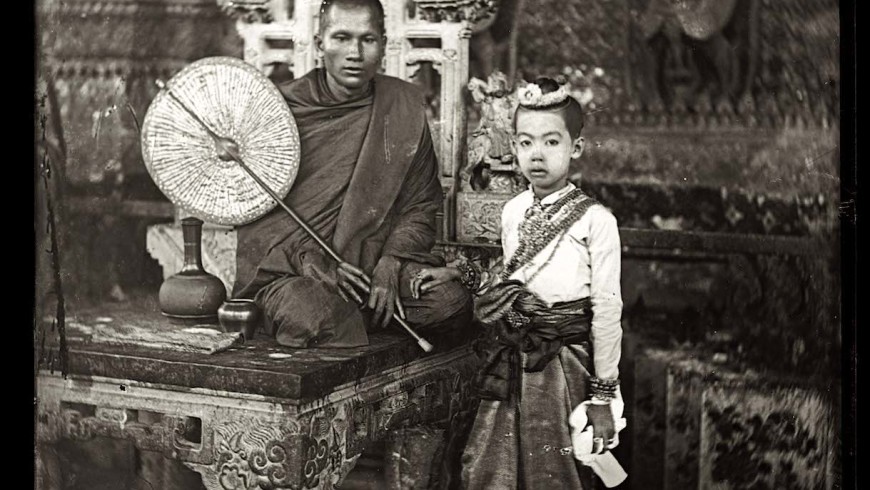 When John Thomson undertook his first trip to the Far East he was 25 years old. It was April 1862. John was leaving behind a band of brothers and years of study with James Mackay Bryson, a renowned manufacturer of optical and scientific instruments in Edinburgh. It was in that city that he was born in the year of Victoria’s (the queen who will give her name to an era) coronation, and had attended the Watt Institution and School of Art to obtain diplomas in Philosophy of Nature, Mathematics and Chemistry. In Singapore, the destination of his journey, William, his older brother, awaited him. He was a watchmaker and photographer. 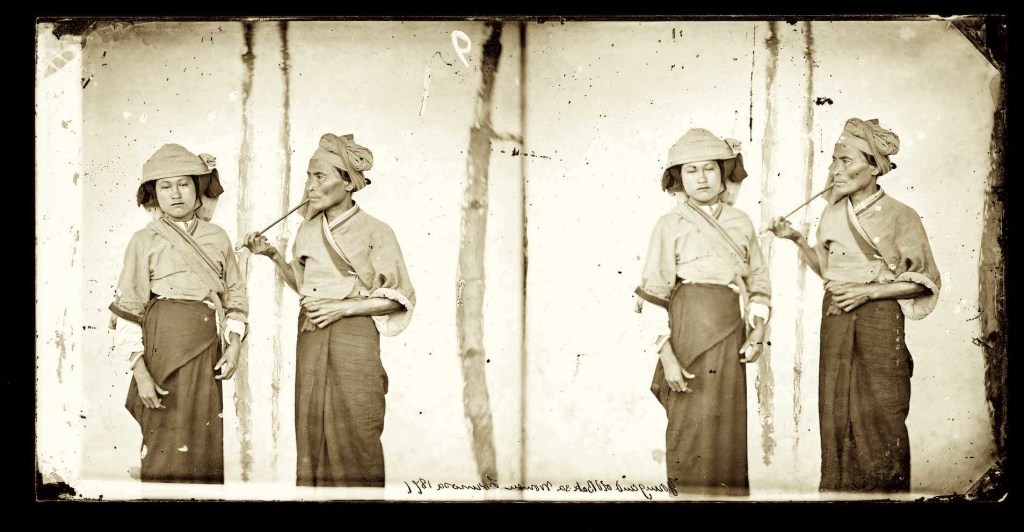 The two Thomson brothers, associates, undertook an activity for the manufacture of marine chronometers and scientific instruments for navigation and John opened, in turn, a studio of photography. His regular customers were passing European merchants but his interests led him to travel extensively to the Malay Peninsula and the island of Sumatra. He photographed landscapes, villages and indigenous people with the technique of wet collodion and with the keen and curious eye of an anthropologist. 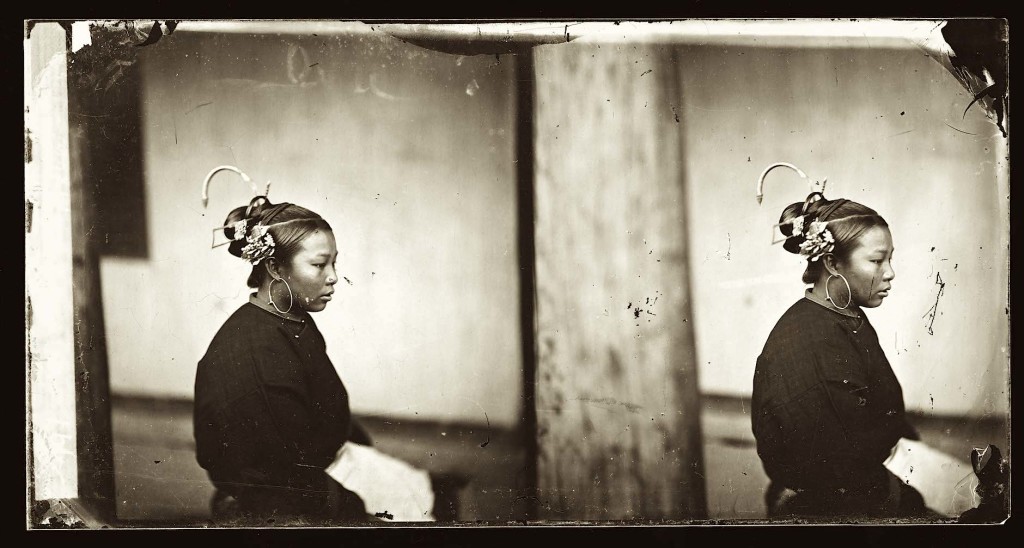 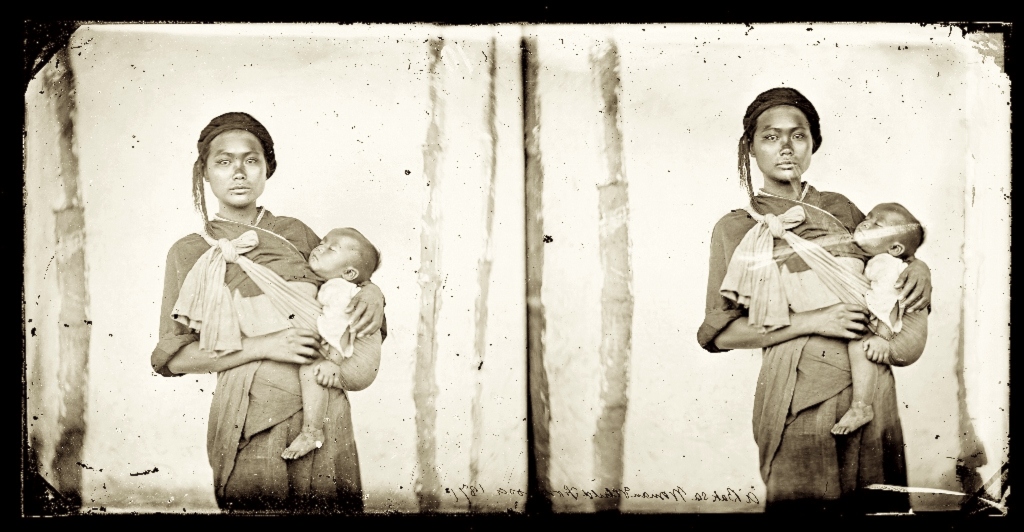 In the autumn of 1864 he documented the disasters caused by a cyclone in southern India and Ceylon and the following year he decided to settle in Siam. In Bangkok he entered into the good graces of the royal family and executed portraits of King Mongkut and many prominent members of the court and the government.

Inspired by tales of Henri Mouhot, which were later collected in the famous book Voyages dans les Royaumes de Siam, de Cambodge,de Laos  published by Hachette in 1868, in January of 1866 Thomson organized an expedition to photograph the Cambodian temples of Ankor. He spent a couple of weeks in the archaeological site and produced many images and then, arrived in the capital, Pnomh Penh, and photographed the king before going to Saigon and return to Bangkok. In early summer of that year he returned home, where he was welcomed as a member of the Royal Ethnological Society of London and of the Royal Geographical Society. 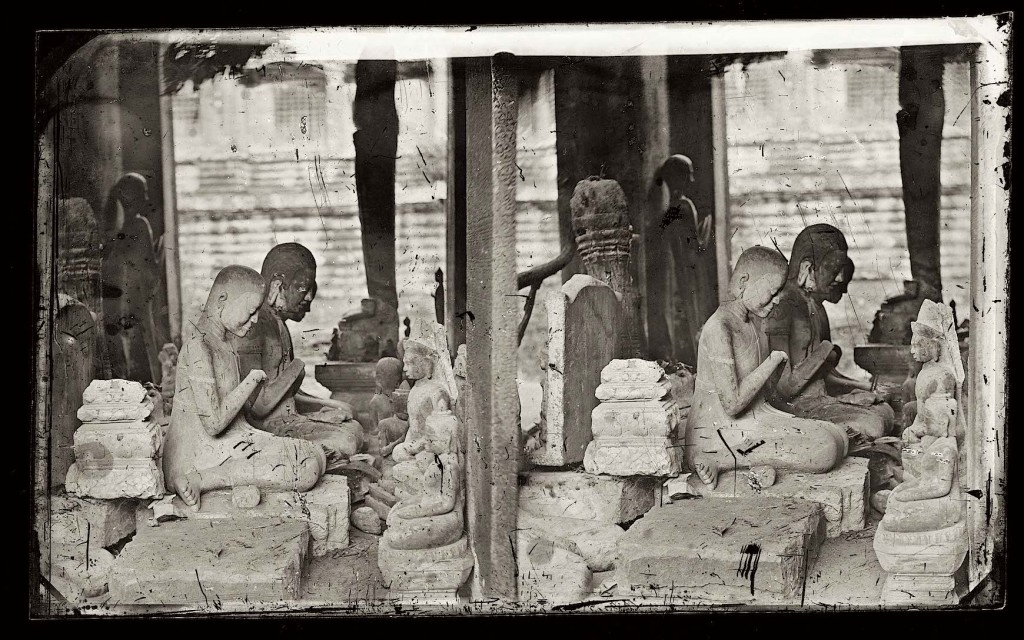 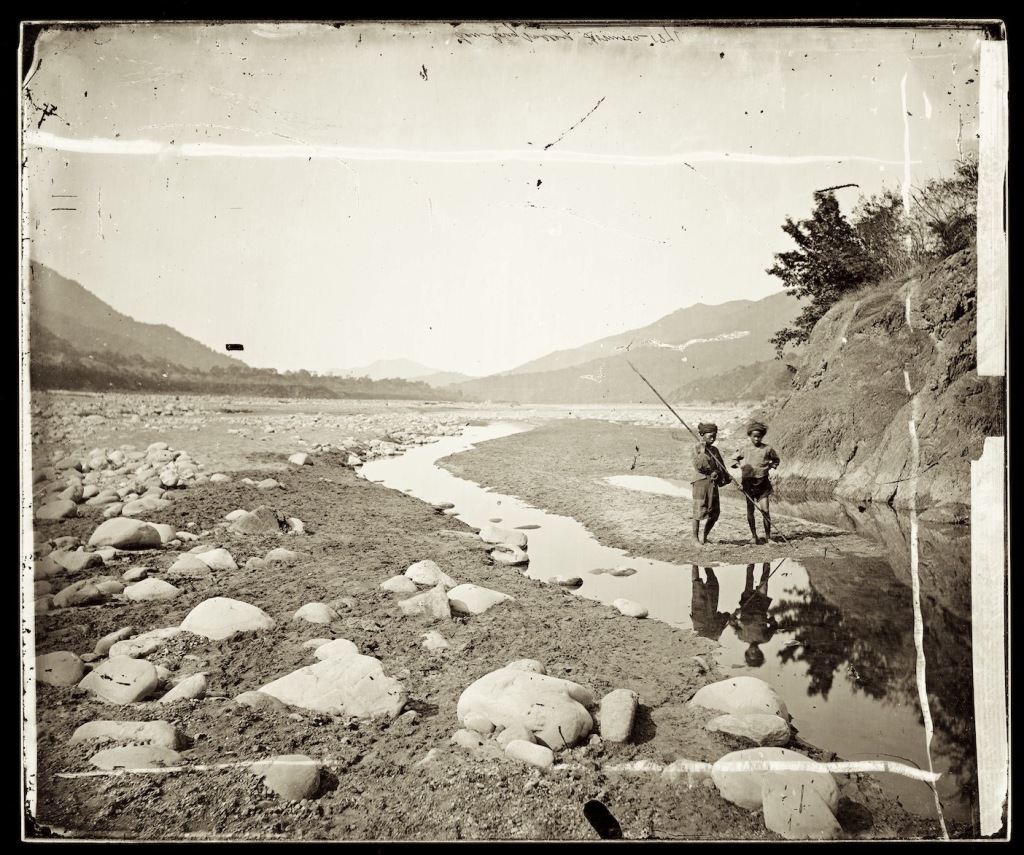 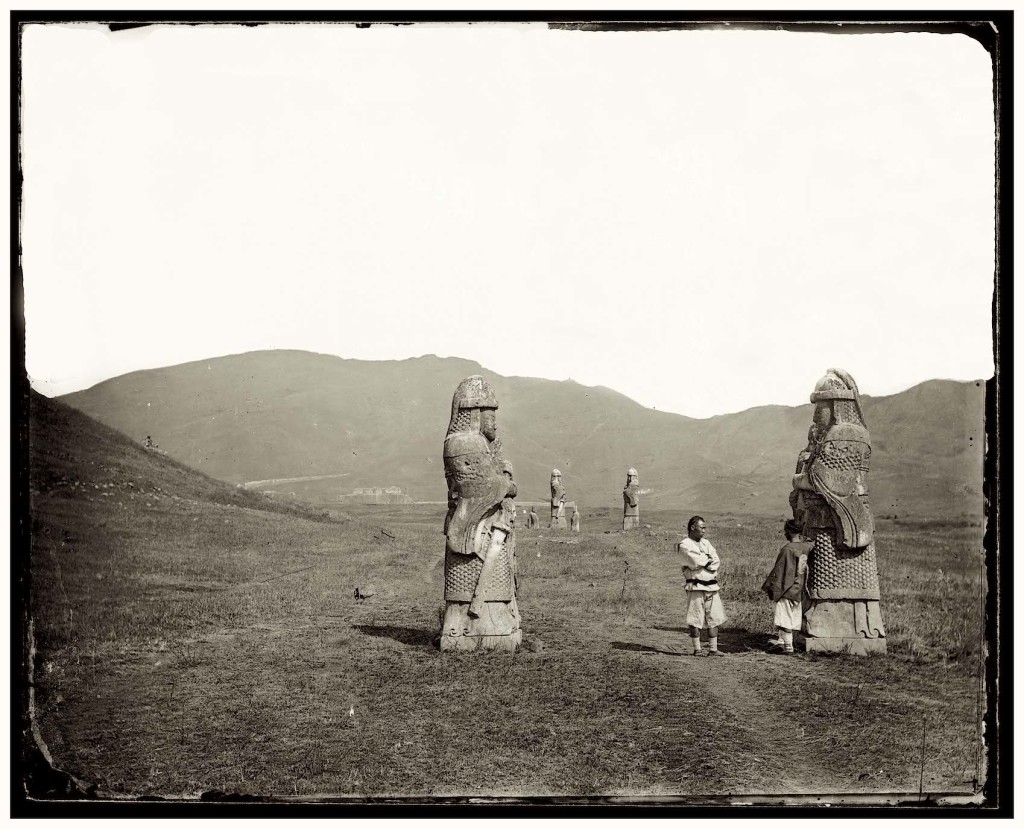 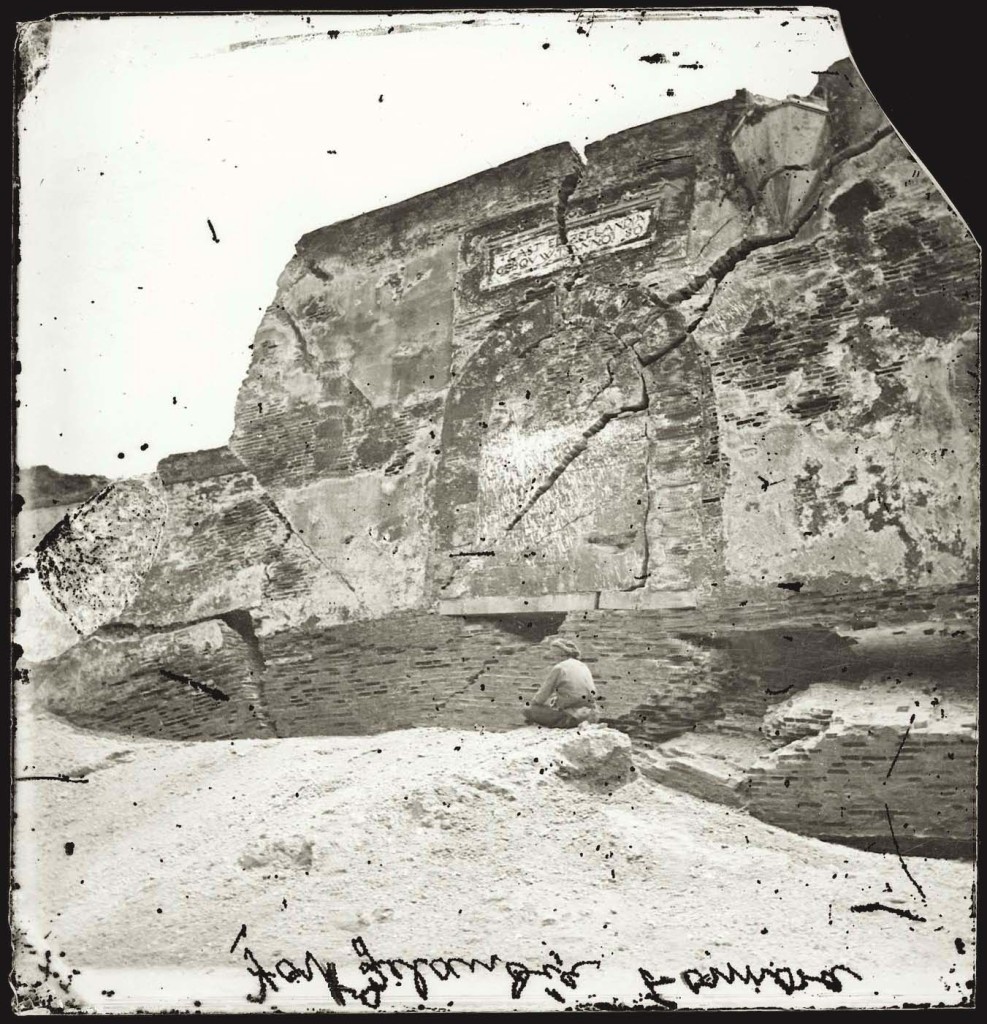 The following year he was back in Singapore in July, he moved to Saigon and finally found a home in Hong Kong in 1868. For three years Thomson travelled in Mainland China, photographing Guangzhou, Beijing, Shanghai and the Great Wall and the region of Fukien, sailed up the Min River and visited Amoy and Swatow. In April of 1871 he landed in the port of Formosa, Takao, then reached the capital Taiwanfu and took many photographs in the central plains of the island. After the accumulated experiences in Formosa, he went 3 thousand miles up the Yangtze until reaching Hupeh and Szechuan. We do not know a lot of the photographic equipment that he took with him, but for sure he had a binocular camera in his kit with which he took stereoscopic photos and placed captions directly onto the plate. 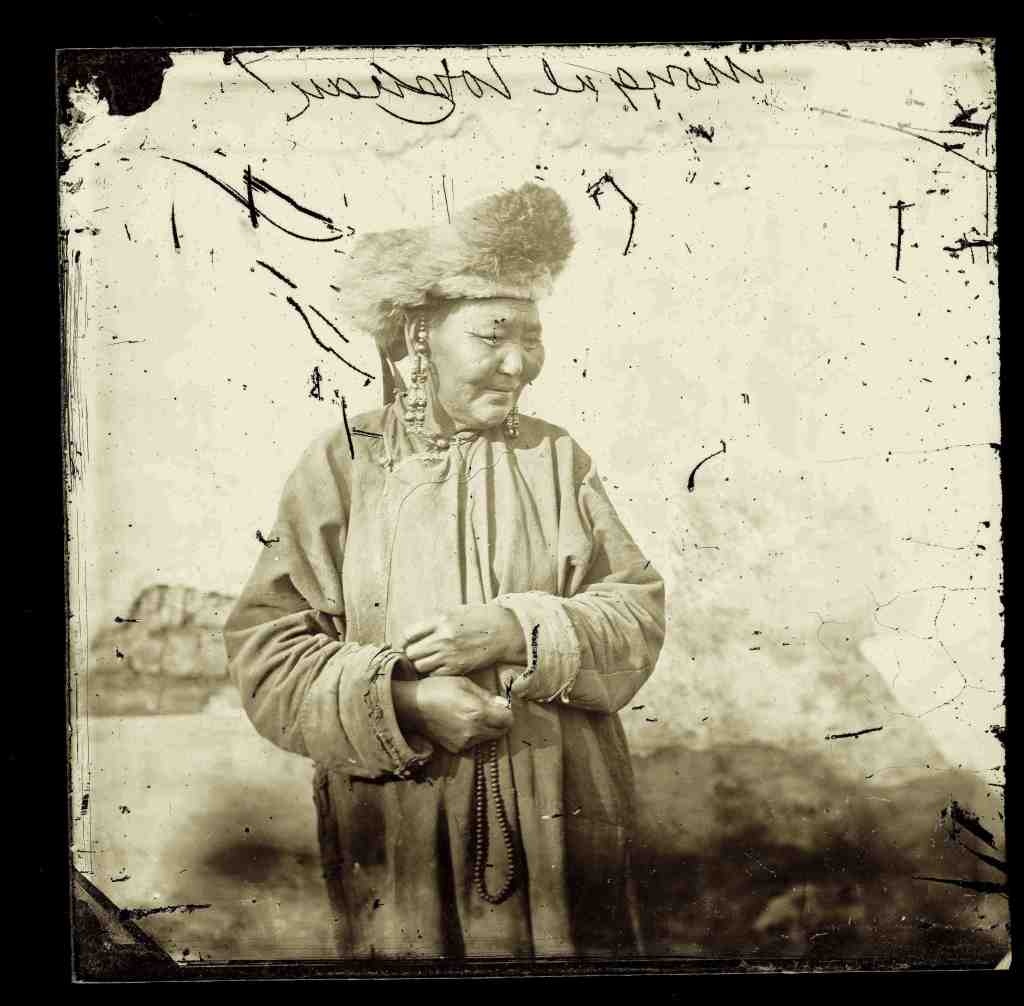 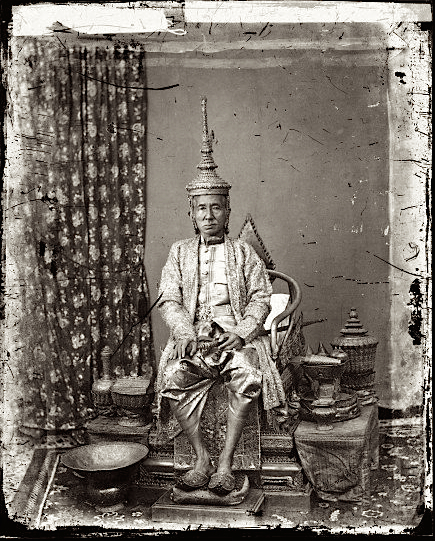 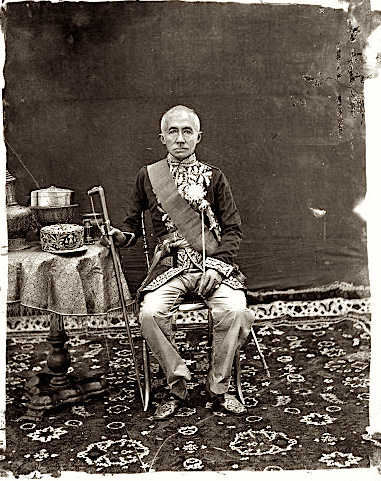 For him princes and mandarins, government officials and Buddhist abbots posed and his lens did not disdain to dwell on peasants, beggars and humble sailors. He photographed Manchu women with tiny feet, dressed in rich embroidered robes and beautifully coiffed; Mongolian matrons adorned with turquoise jewelry; monks struggling with majong tablets; musicians in Cantonese silk dresses; proud fishermen with cormorants aboard bamboo canoes; soldiers armed with only sticks and street scenes with out of the ordinary results, for the time. One has to consider, in order to understand the difficulties resolved by Thomson in territories so primitive and inaccessible, that the glass plates to be exposed to light, were to be sensitized only a few moments before ending up in the chassis of the cameras and that the exposure could not be less than a few seconds. Great also was his taste for composition in portraying architecture and landscapes. The proto photographs of Ankor and the facade of Saint Paul in Macao show excellent technical mastery and control of the perspectives. 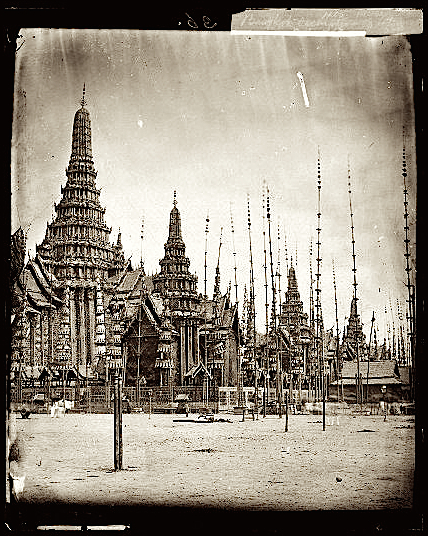 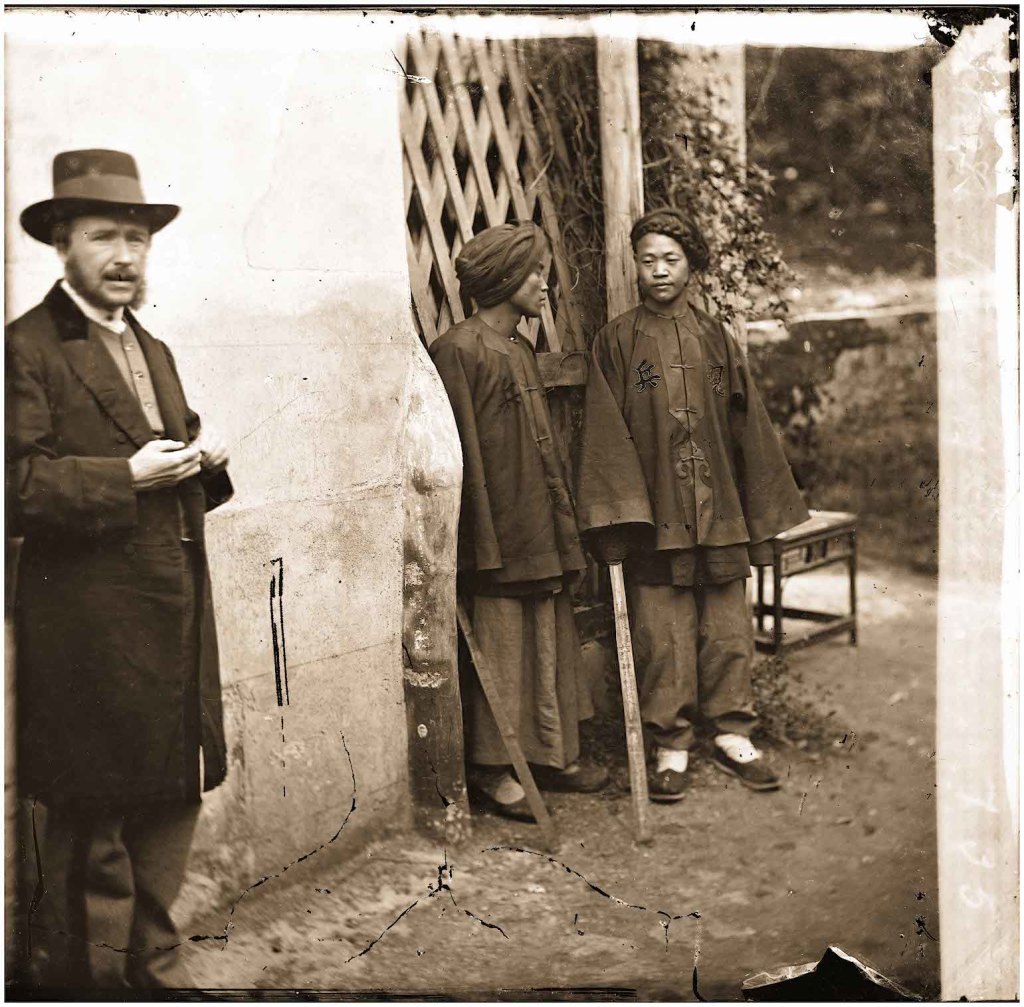 In 1872 Thomson did return finally to London. He only left again in 1878 to photograph Cyprus. In the capital of the empire he dedicated himself to the dissemination of his work in the Far East with lectures, illustrated articles and published albums and books.

With journalist Adolphe Smith he published Street Life in London, first in twelve installments and then in one volume (with a reproduction technique known as Woodburytype that gave, for the time, excellent typographical results) and devoted himself to social documentary photography.

Between 1877 and ’78 he published Illustrations of China and its people, a work dedicated mainly to the social aspects of the great country, commenting on every single illustration, a method that became common only a few years later in illustrated magazines that marked the beginnings of photojournalism. He was called to be part of the Royal Photographic Society and opened a studio in 1879, in Buckingham Palace Road. Only two years later, he could claim the title of Photographer of the royal family and began his long career as official portraitist of high society. Since 1886 he devoted himself to teaching travel photography to the envoys of the Royal Geographical Society.

In 1910, at the age of 73, he decided to retire from business and settle in his hometown where he continued to write photography manuals, until, in 1921, he died of a heart attack.

That same year Henry Wellcome, British magnate and collector of documents of the History of Medicine, acquired Thomson’s collection of 600 plates. Today they are preserved in the Wellcome Library in Euston Road in London amongst the two and a half million documents and objects available to scholars and researchers.