a show that symbolizes the eternal fight between good and evil in Kerala, South-Western India 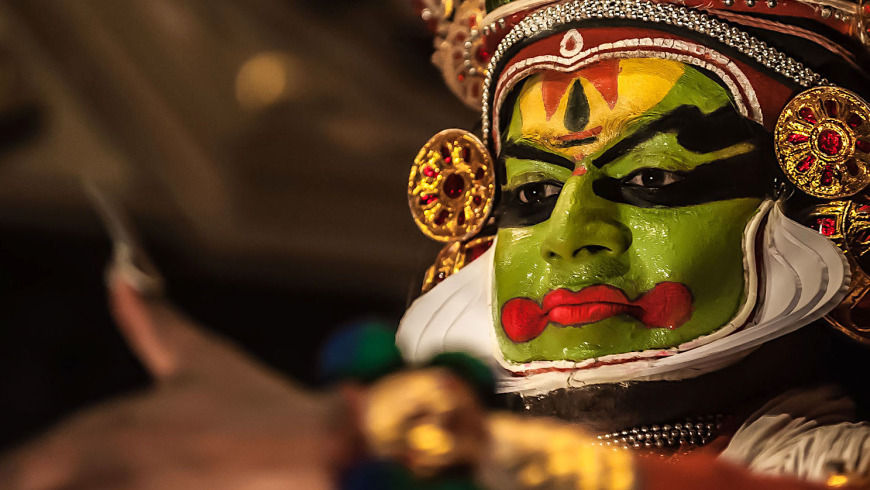 Kathakali, literally a representation of stories, is a form of Indian ritual dance theatre, practiced since the 17th century in the southwestern state of Kerala. It is based on the harmonious fusion of different arts: singing, acting, music, dance, painting and mime. The repertoire is taken essentially from the two great Indian epic cycles of the Mahabharata and Ramayana, although some companies have recently staged works by western authors, especially Shakespeare. The training of the actors, who until only a few years ago were only males, begins at the age of 10 – 12 years old and lasts just as long. It consists of notions of makeup, dance and mime. During the performances, in fact, the interpreters do not pronounce words but can express themselves only with postures, often unnatural, of the body, with hand gestures, mudra, and facial expressions. The actors must therefore learn to move the facial muscles independently, to be able to express mood and feelings. To accentuate the expressiveness, in addition to the traditional costumes – which can weigh over 30 kg – and the rattle anklets, which emphasize the movements, the actors are heavily made up and their eyes are sometimes made to redden with irritating powders.

A kathakali show – which includes the long session dedicated to the make-up that spectators can watch – can last all night, until dawn, the time when farmers go to work in the fields, and the sun rises symbolizing the victory of good over evil, the essential characteristic of the show. The entire performance is accompanied by music and singing and takes place on a totally bare stage, with a single piece of furniture: a ritual lamp placed at the center of the scene. In this way the show loses all connection with reality and turns into a real journey into another world, populated by gods, monsters and heroes. 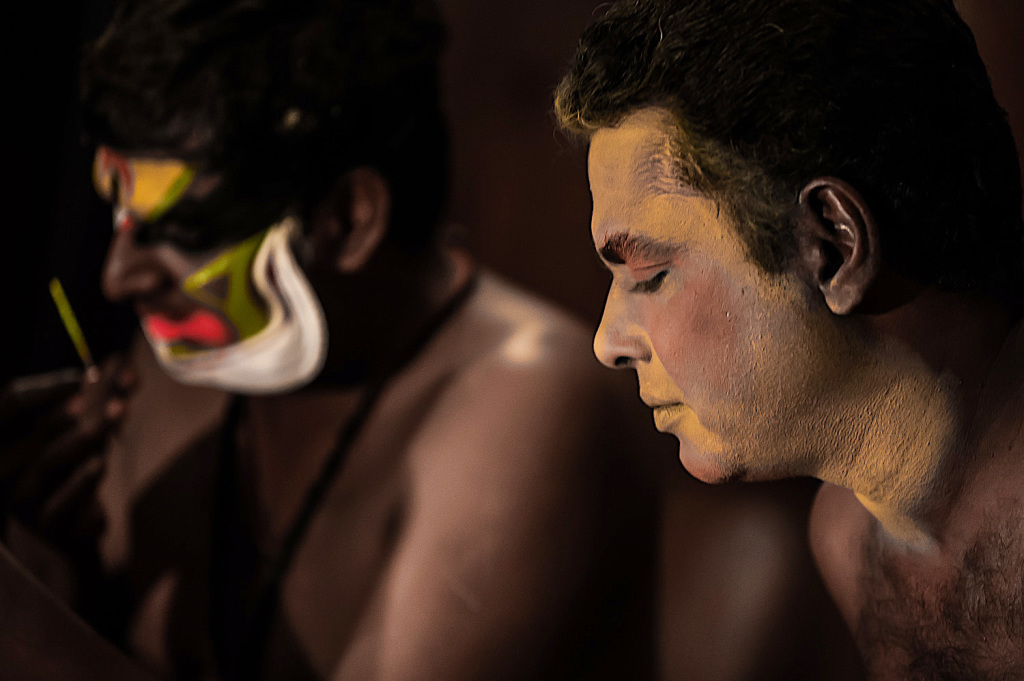 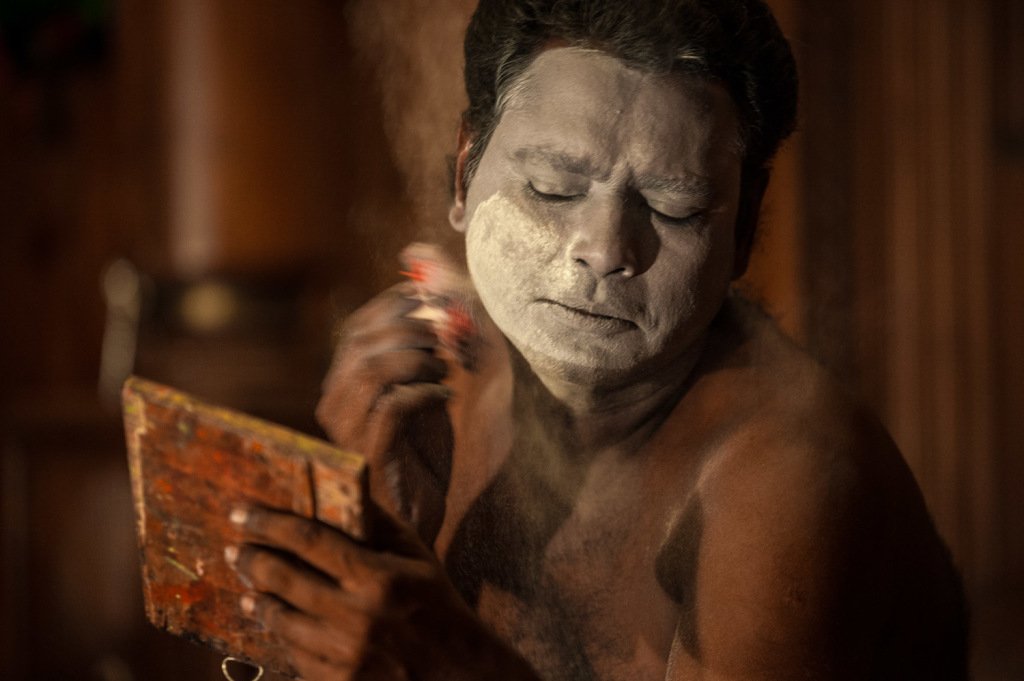 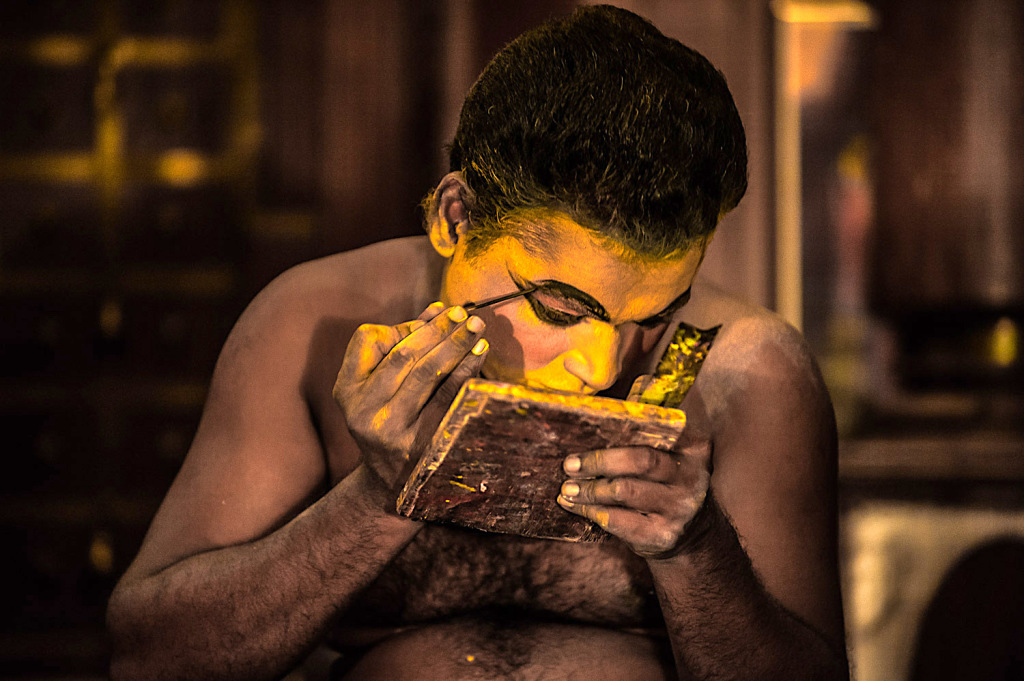 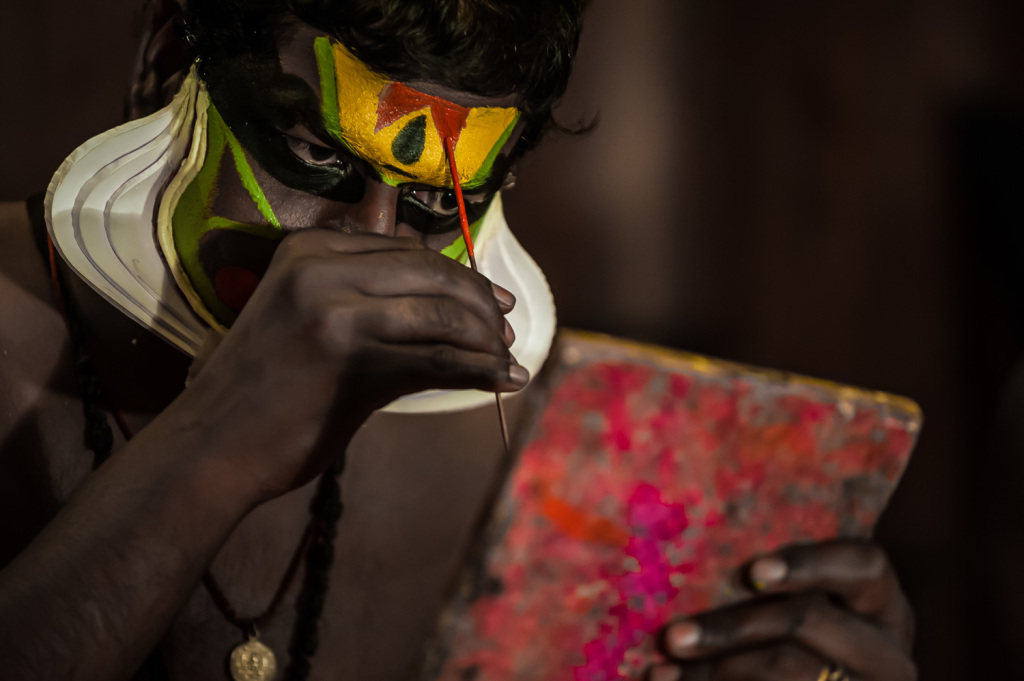 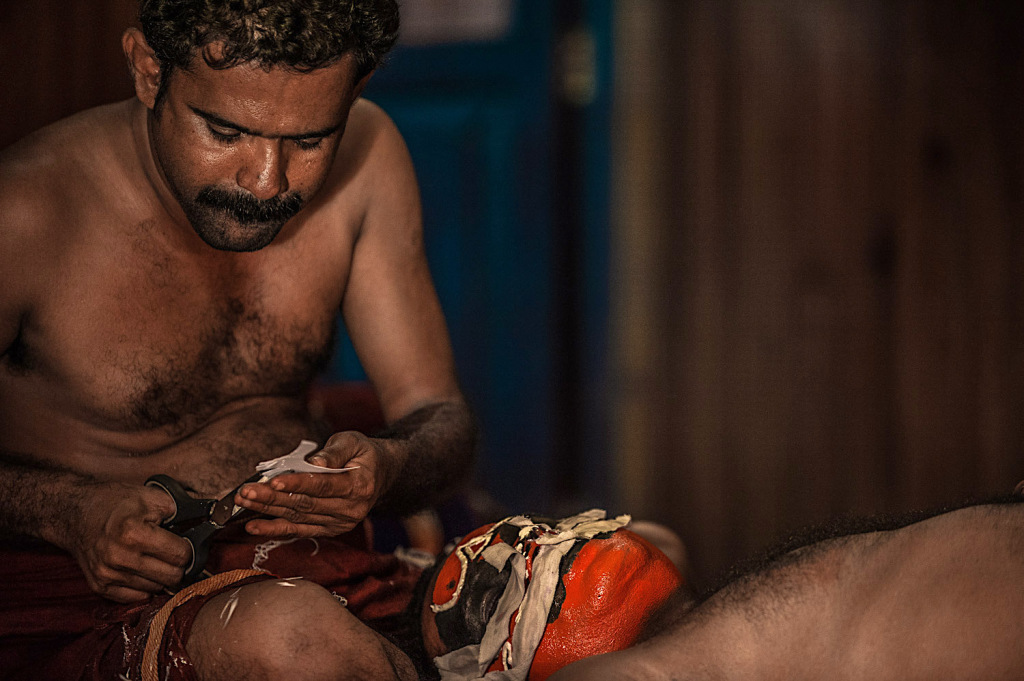 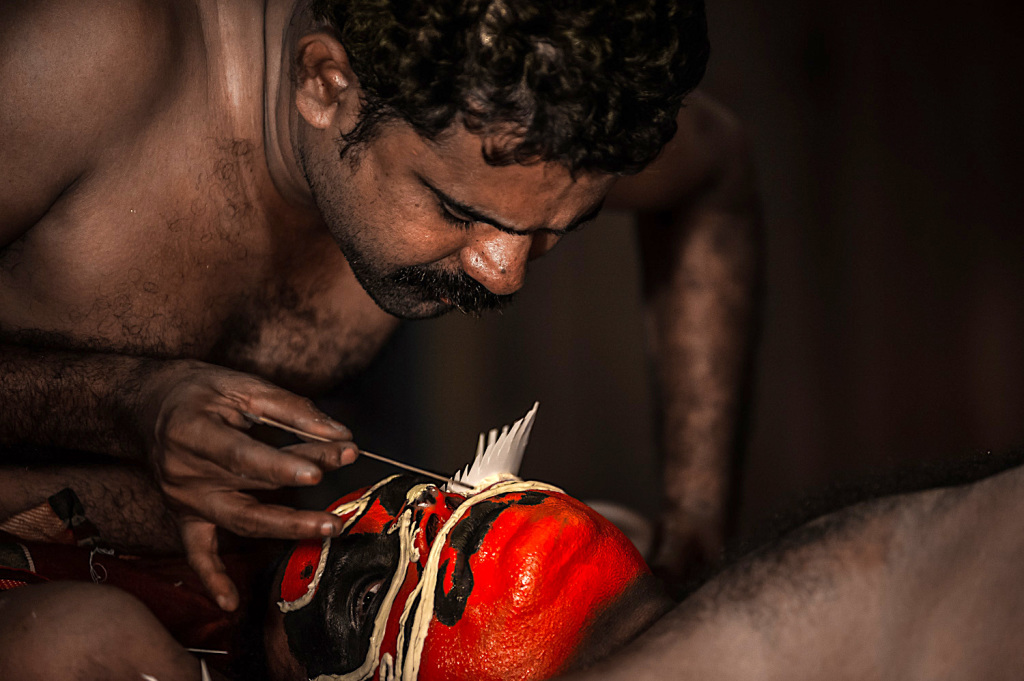 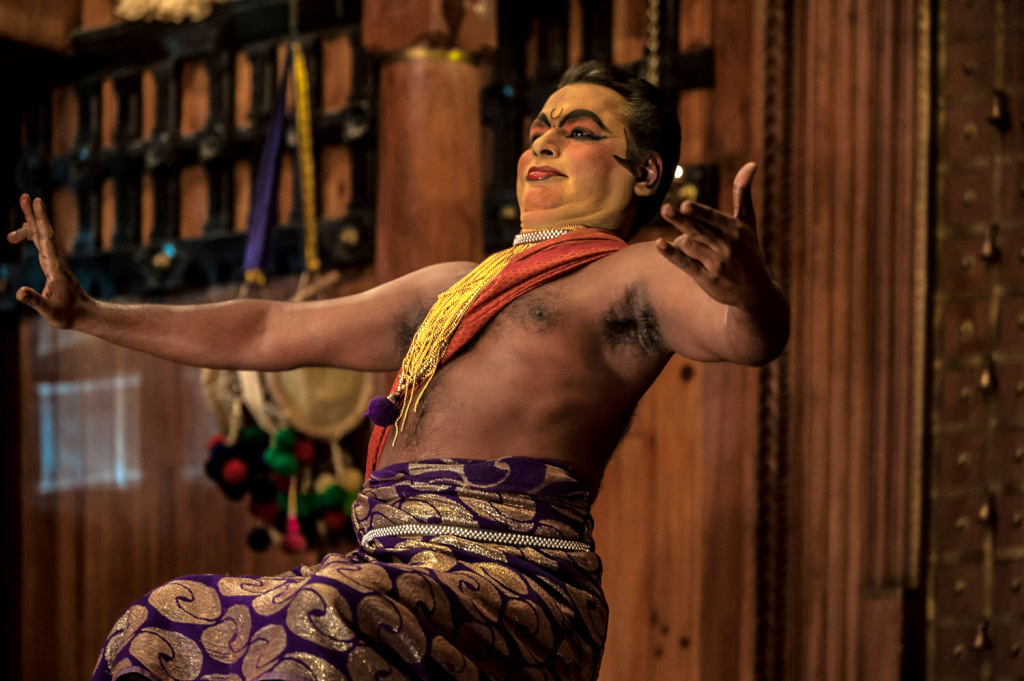 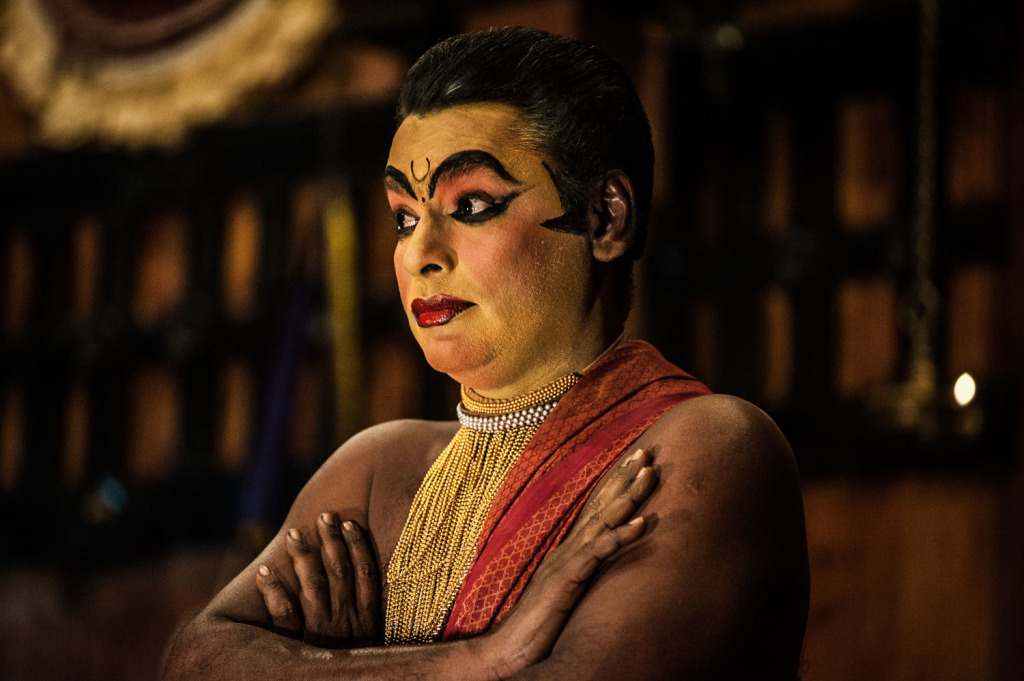 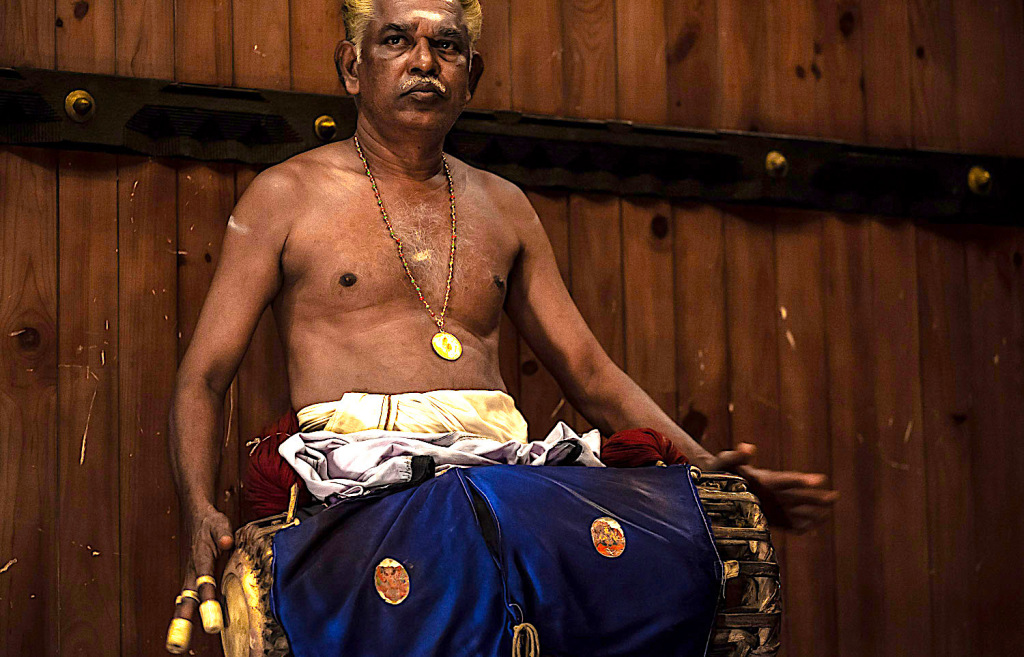 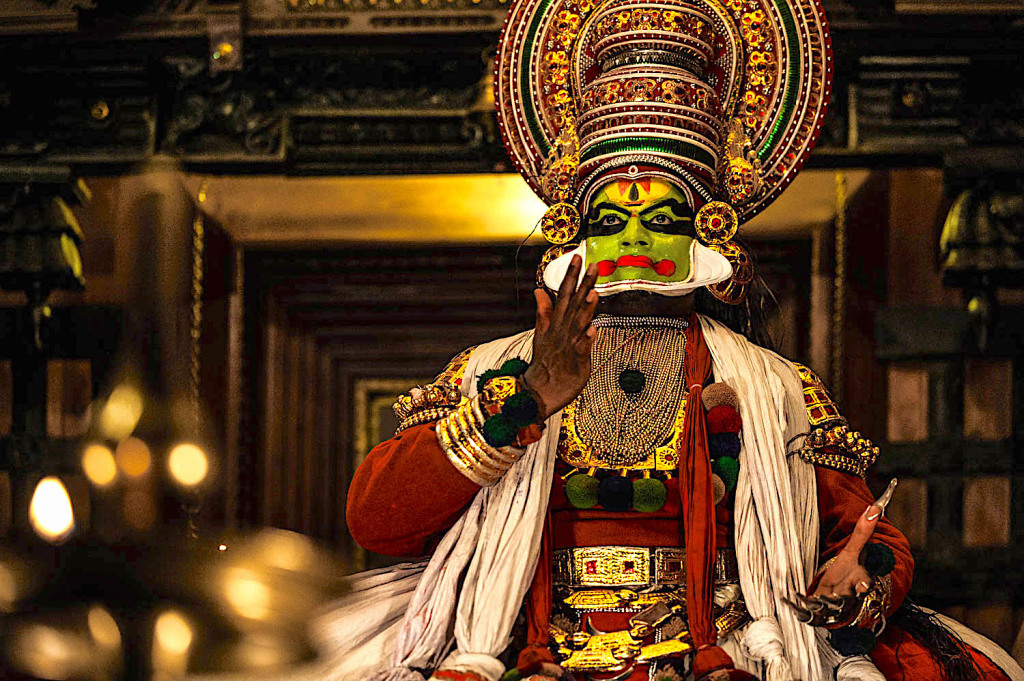 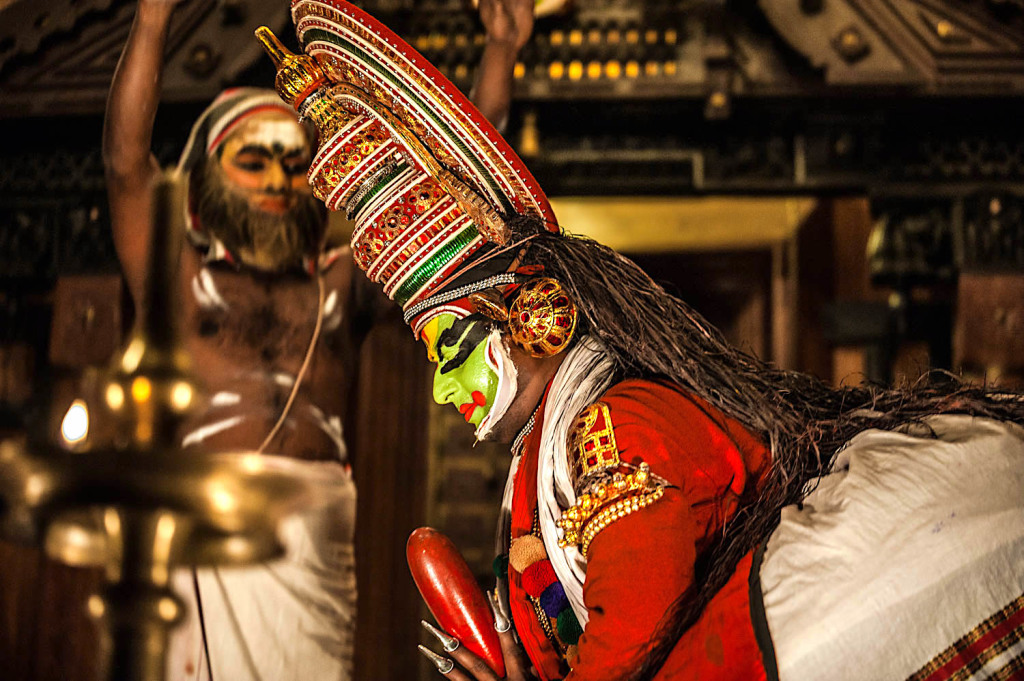 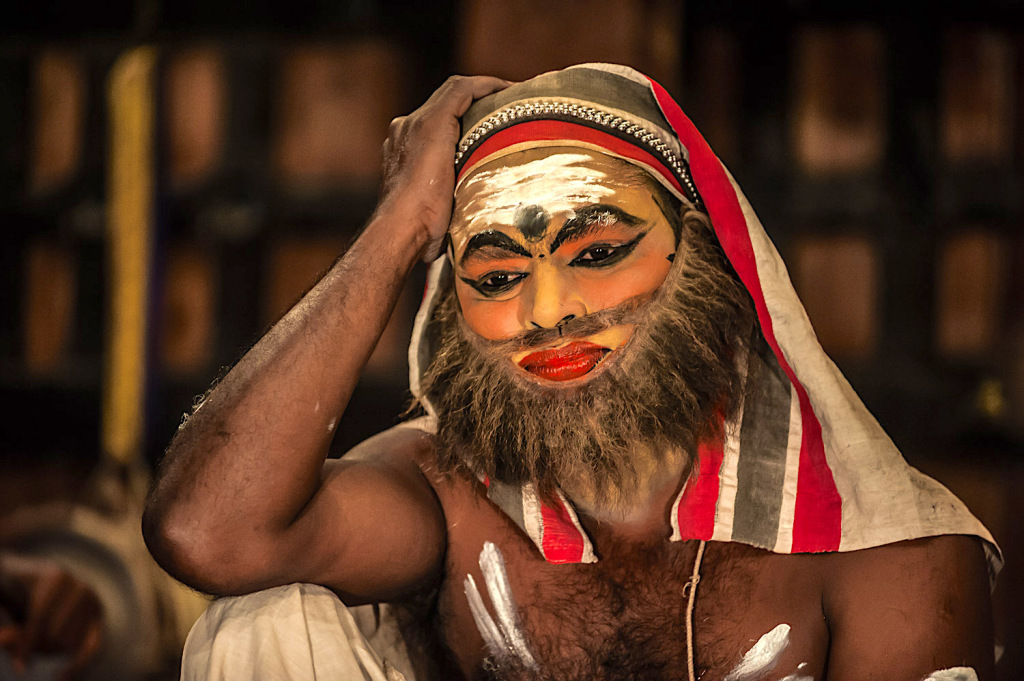 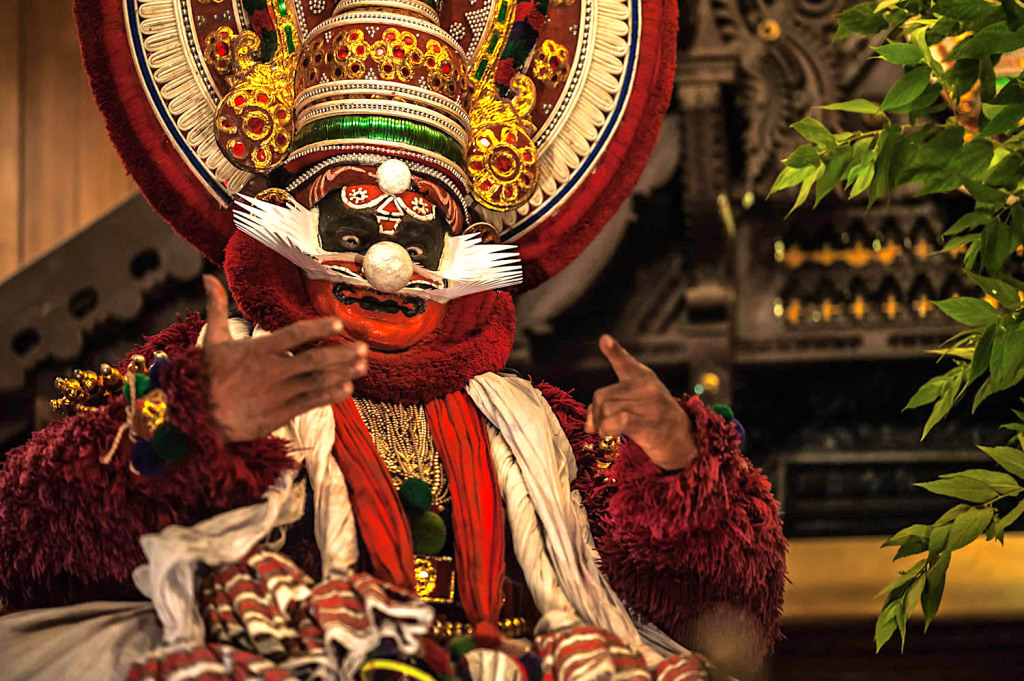 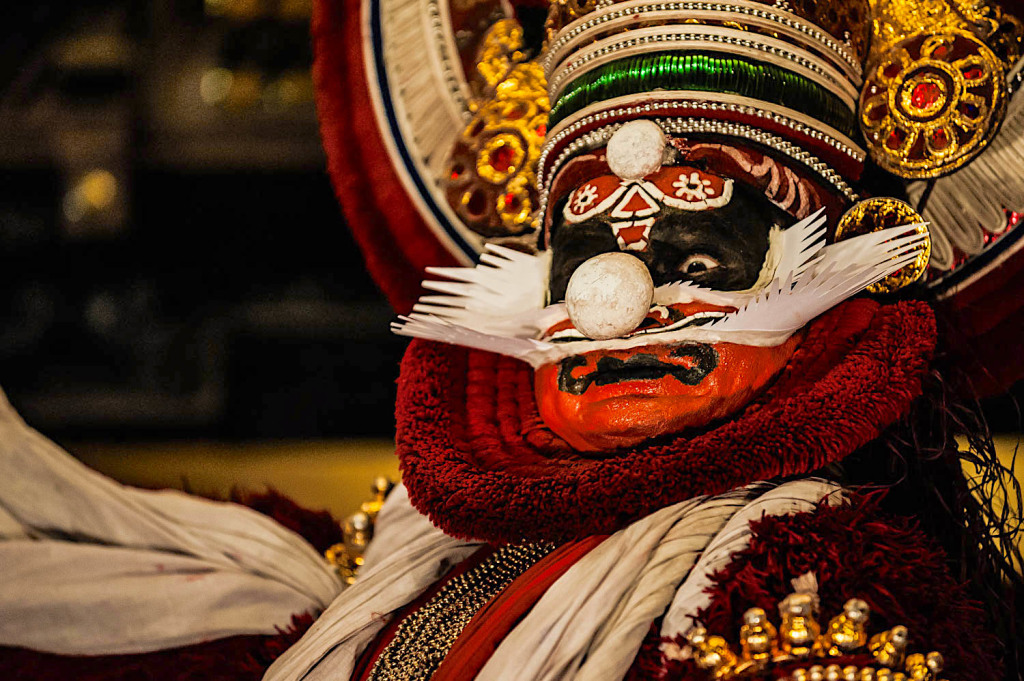 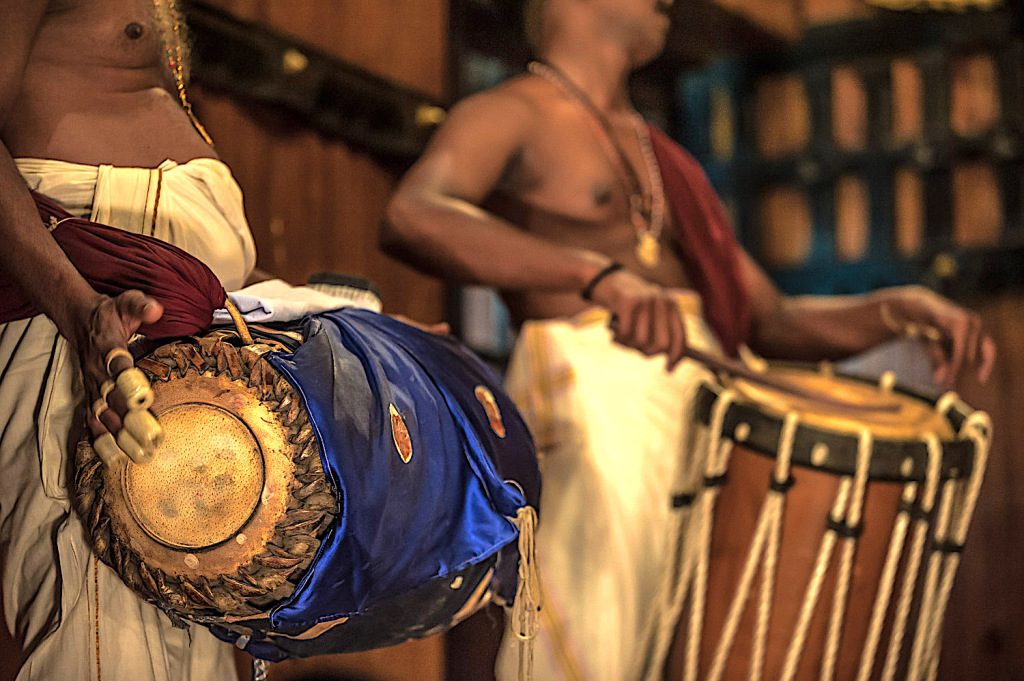 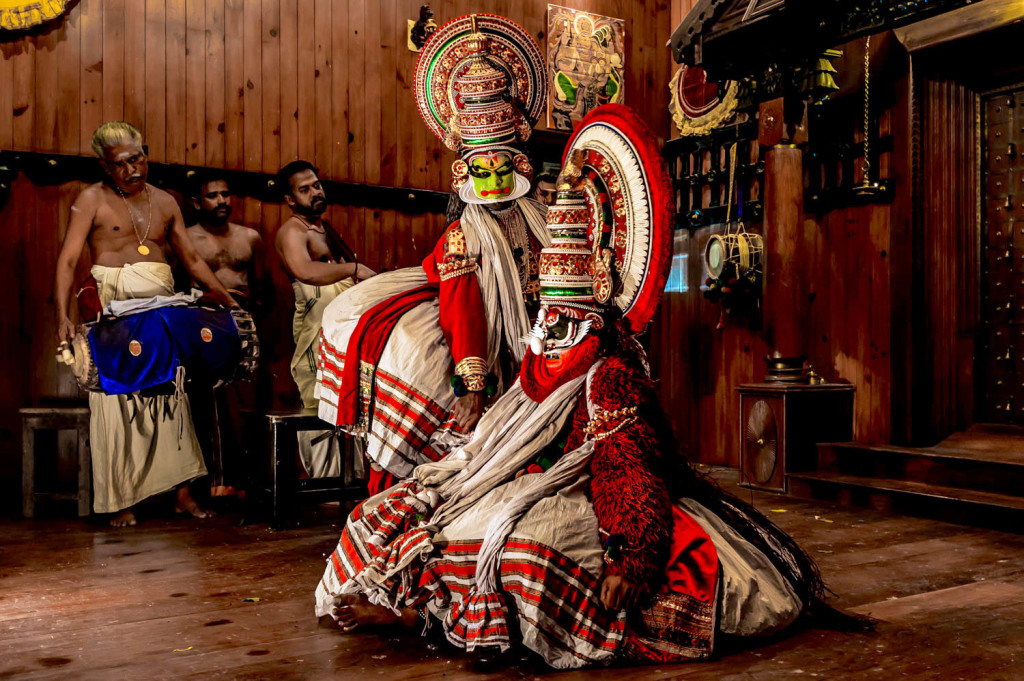 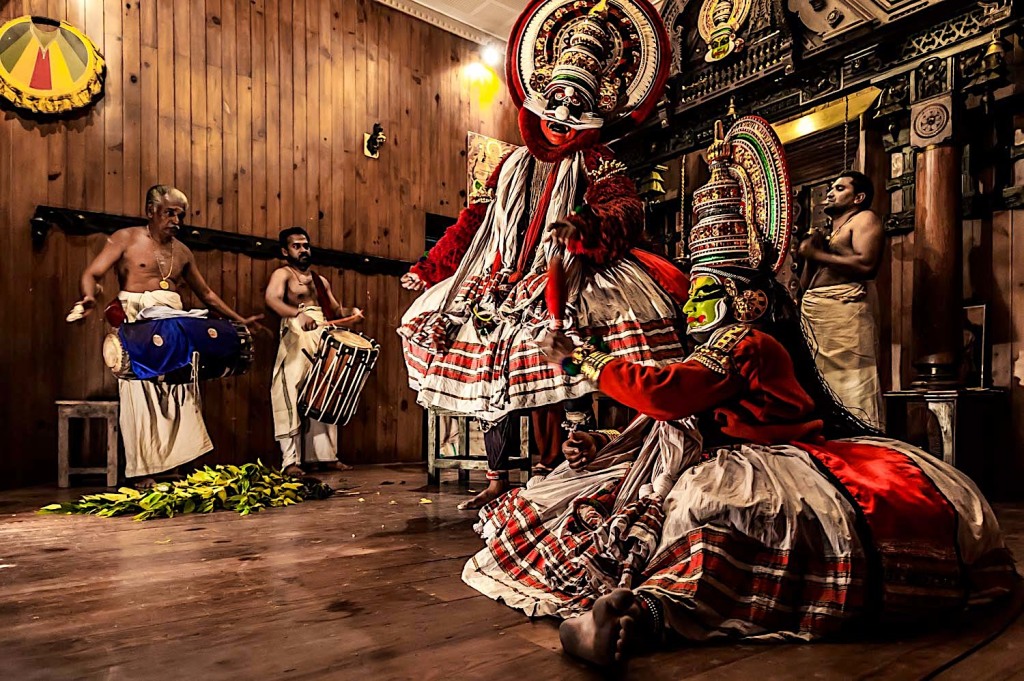 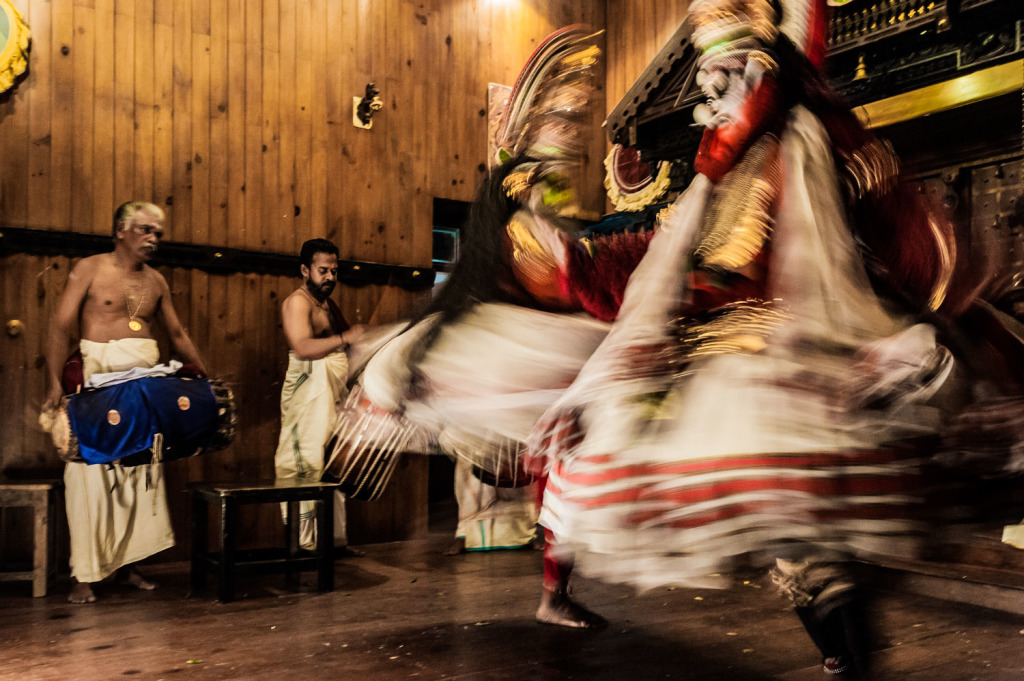 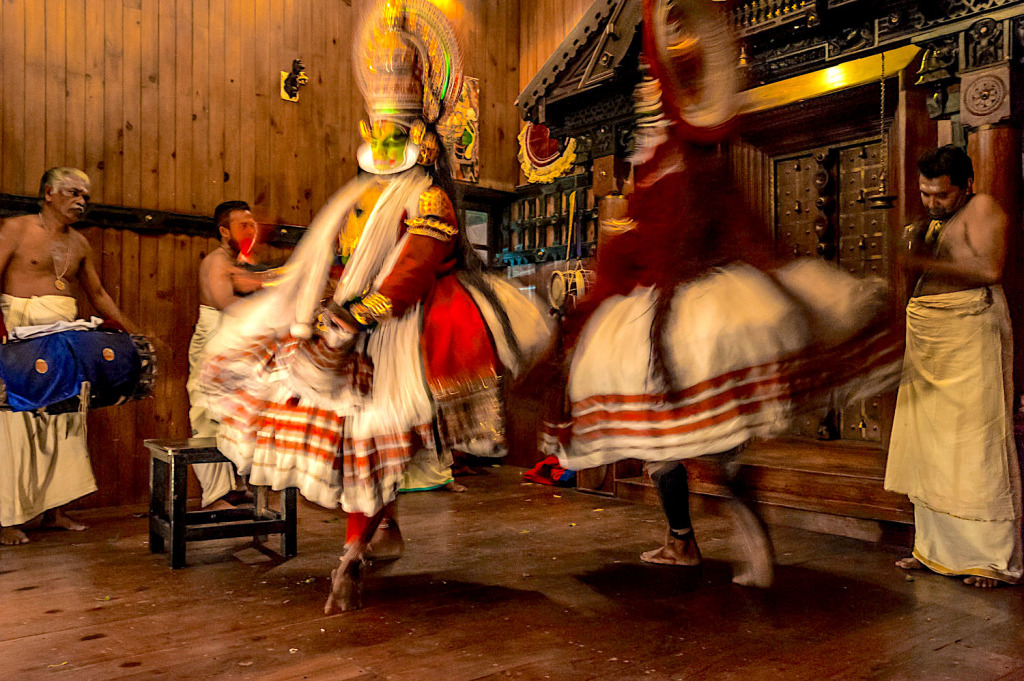 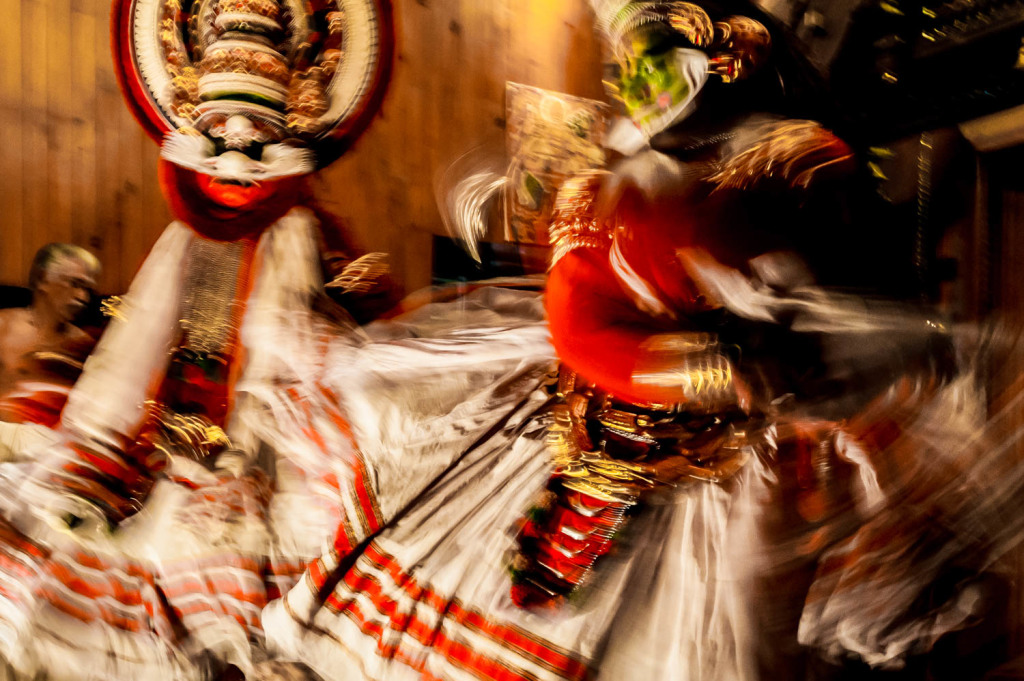