two centuries of hunting elegance in France, from Louis XIII to Napoleon III 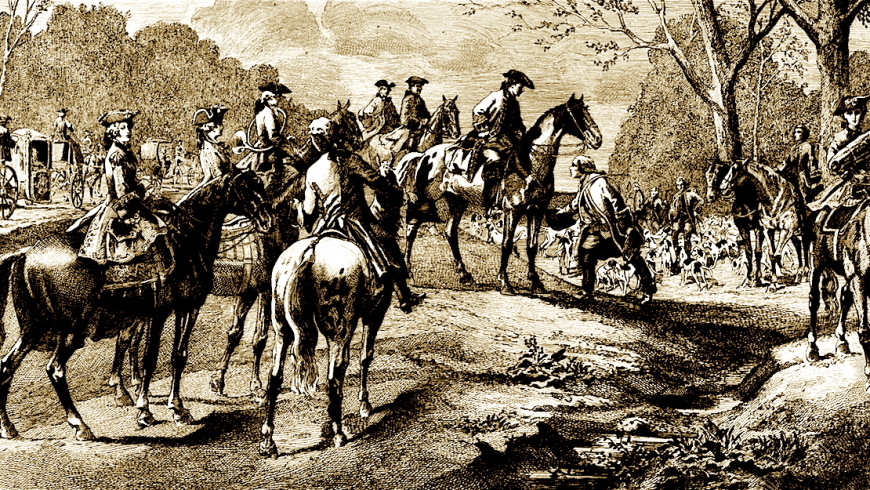 Hunting is the pleasure of the gods and the first of human rights… This is the beginning of the preface that Tya Hillaud signs, in 1909, for the album of engravings that the printer Porcabeuf prepares for Liez Edition with etchings by Georges Ripart (1871- 1935), Parisian illustrator whose initials appeared on many posters of the early ‘900s.

The title of the little volume is captivating, Le chapeau de la famme à la chasse 1630 • 1867. It is an excursus in fashion for women’s hair styles suited to hunting practices, from the time of Louis XIII to those of Napoleon III.
In fact in the illustrations, thanks to the author’s ability to describe situations and circumstances of such different historical periods, there is much more than the ladies hats. Ripart’s fiction expertise is truly remarkable: he had perfectioned it, working with established publishers like Belin and Larousse, to produce numerous historical and pedagogy works .
The artist does not disdain to deal also with erotic illustrations for the publisher Maurice Glomeau, and with children’s books, v. Le Santerelle - La Merveilleuse invention du docteur Arrikoceq for the publisher Garnier Frères. 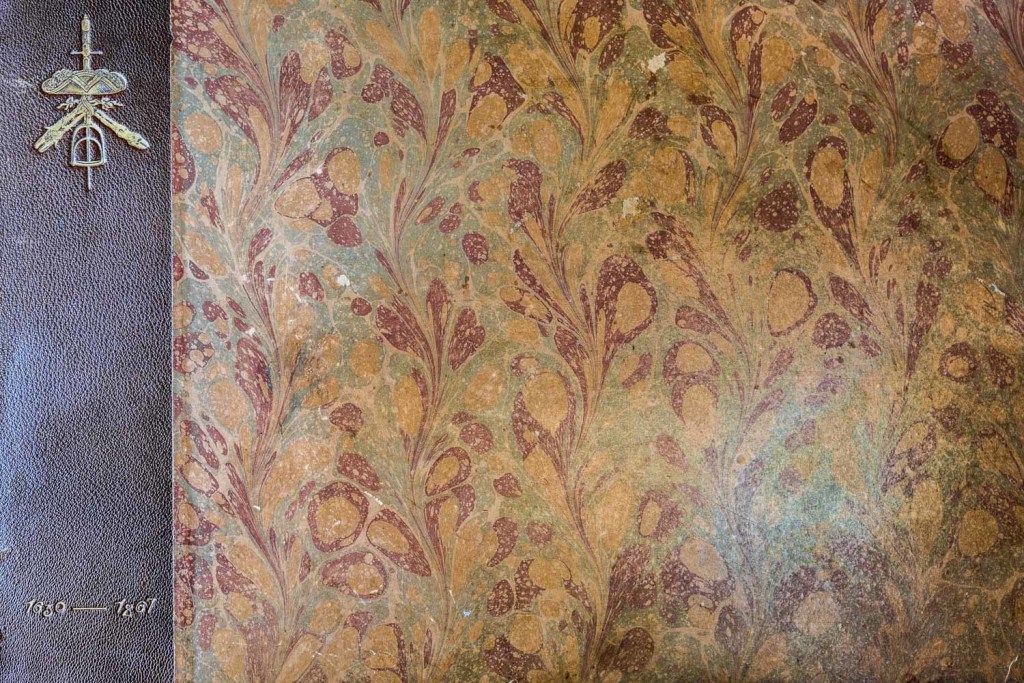 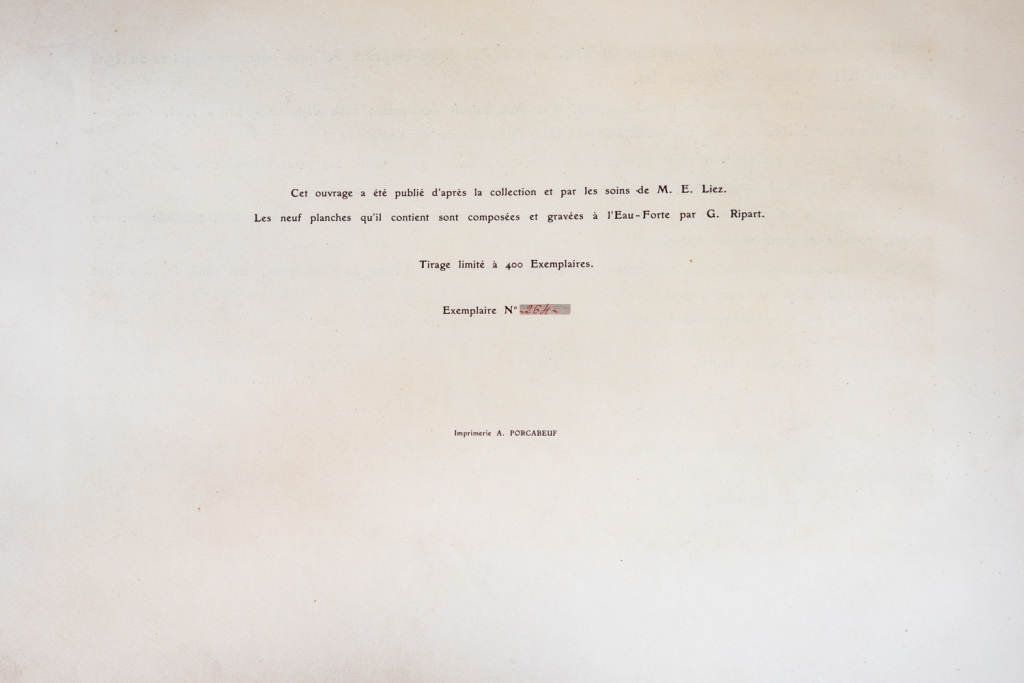 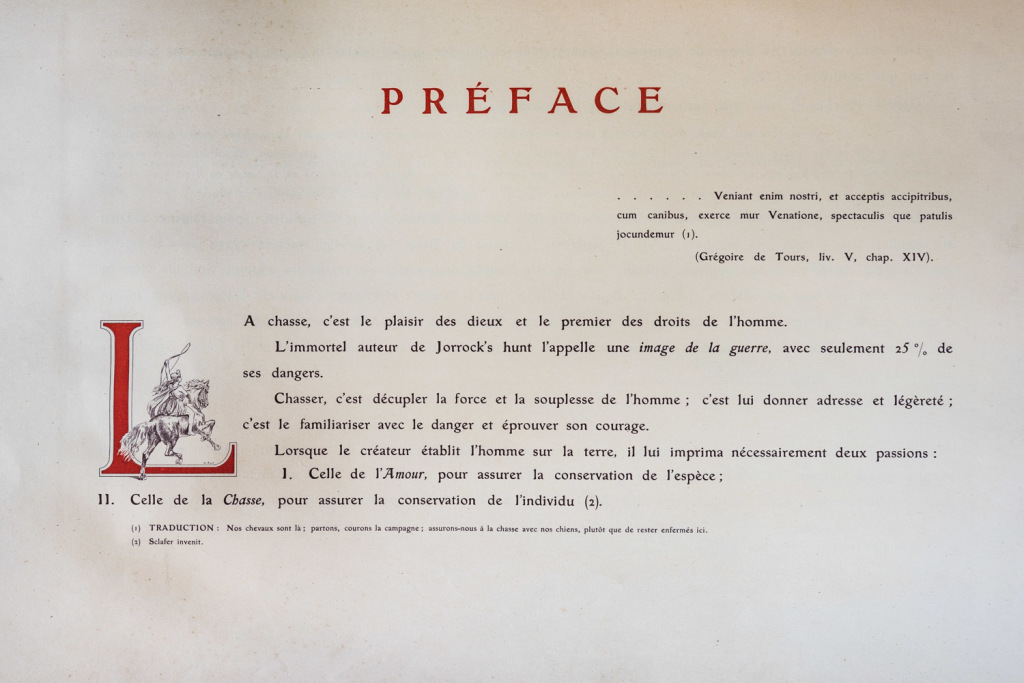 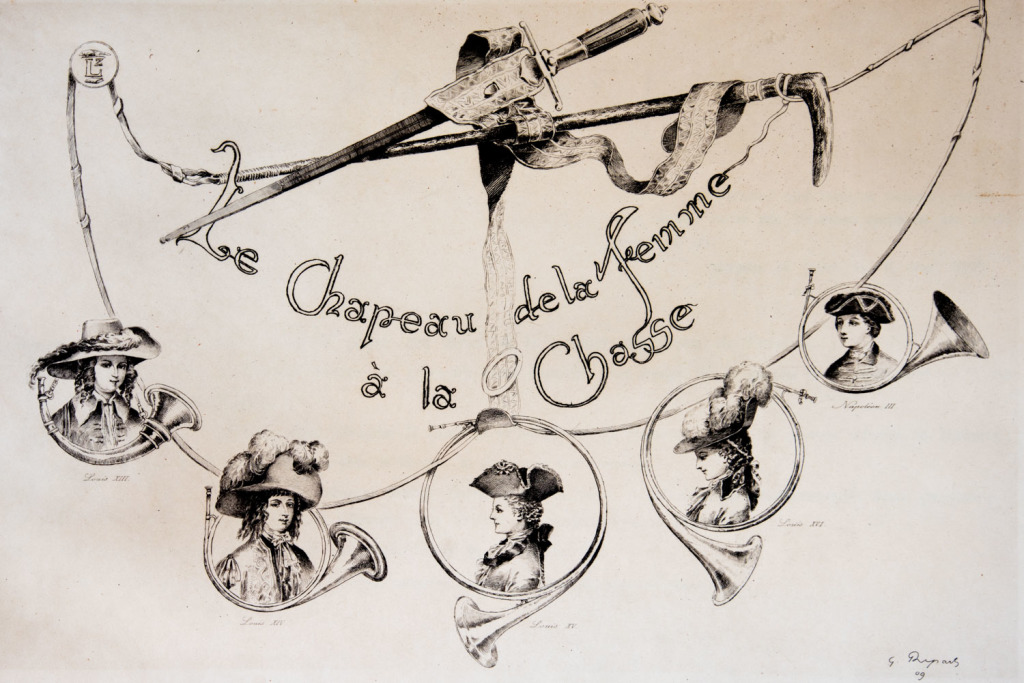 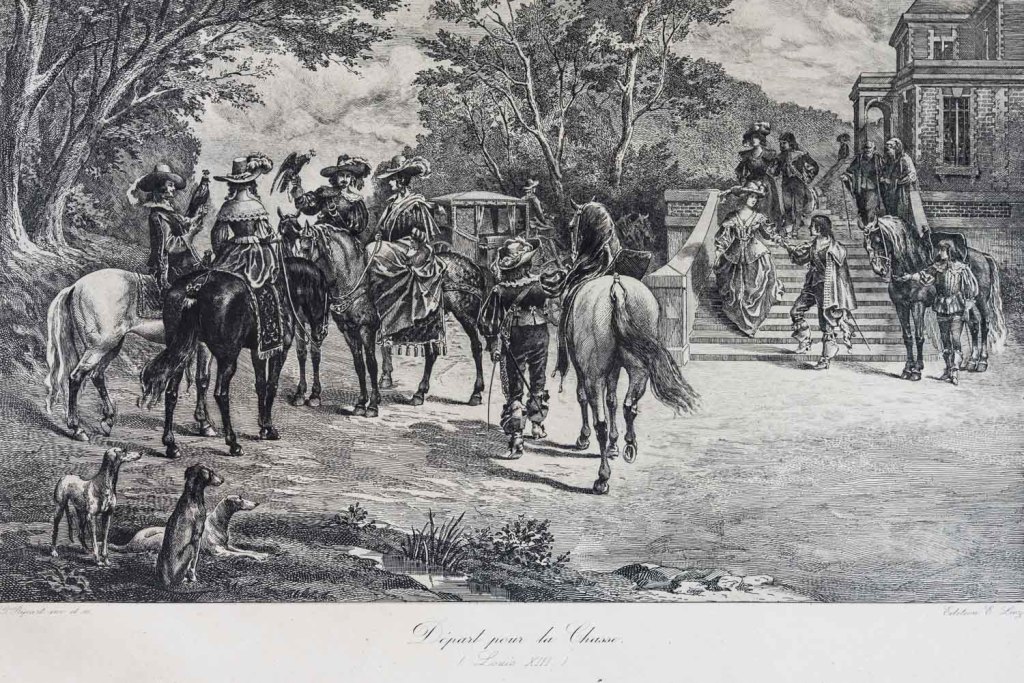 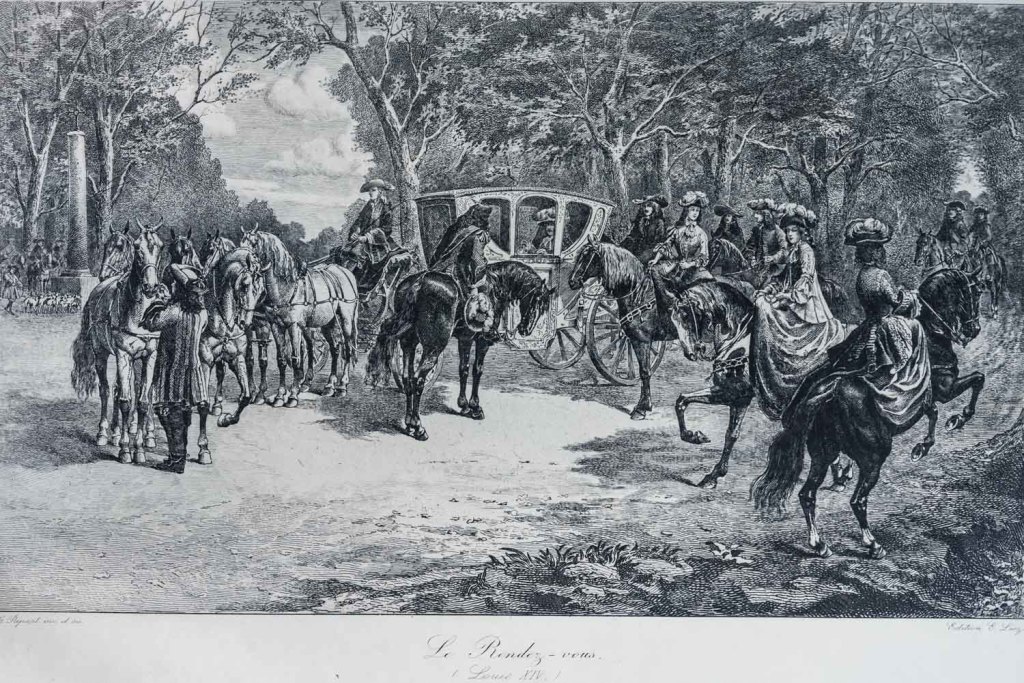 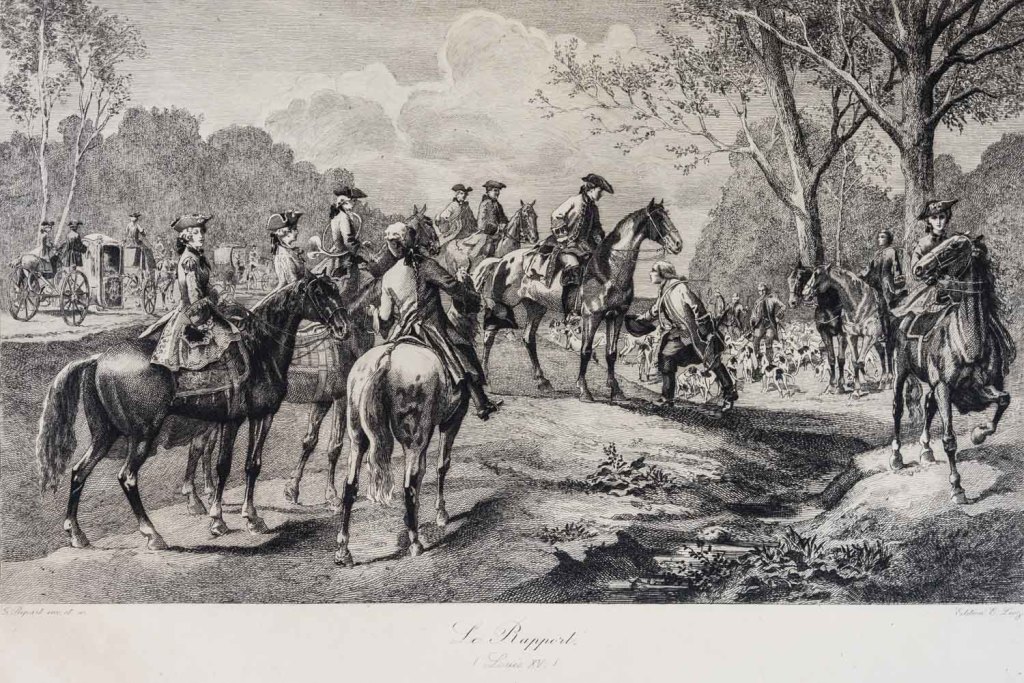 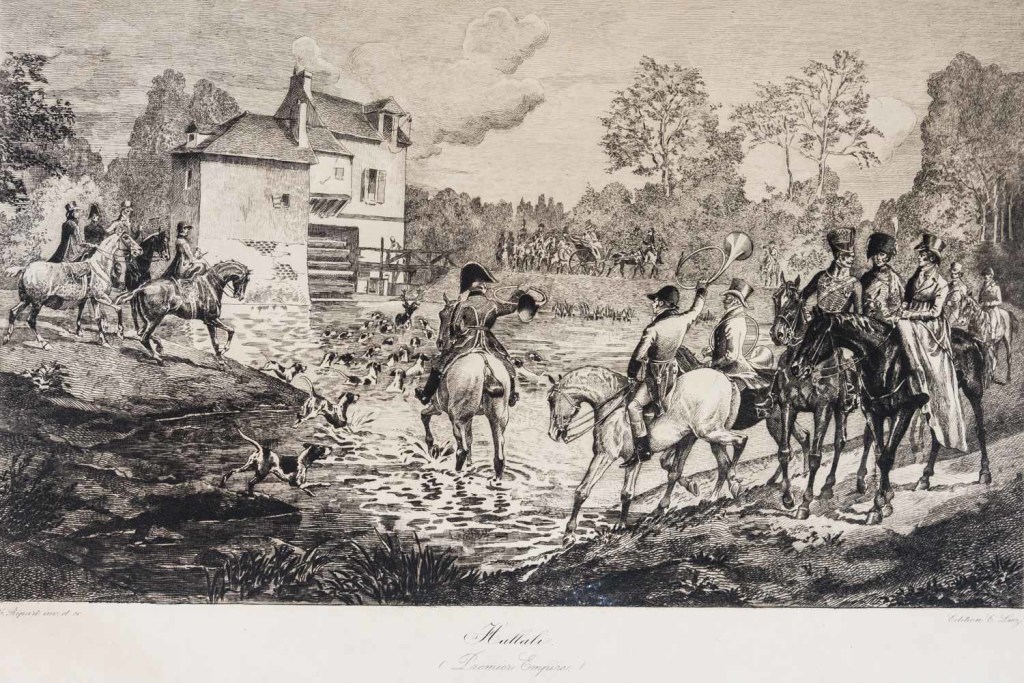 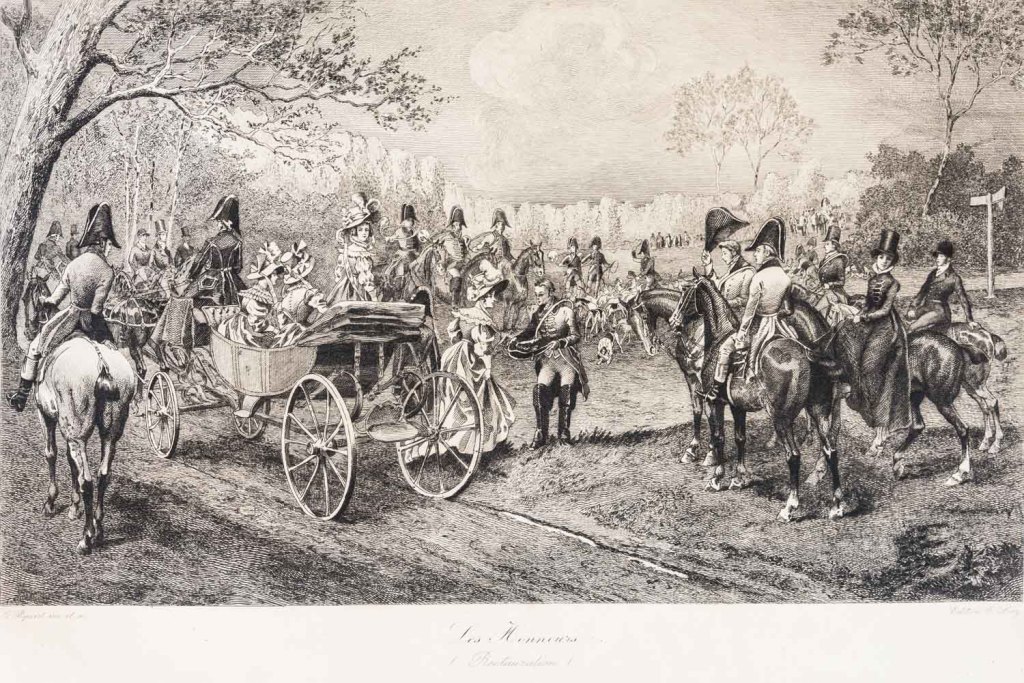 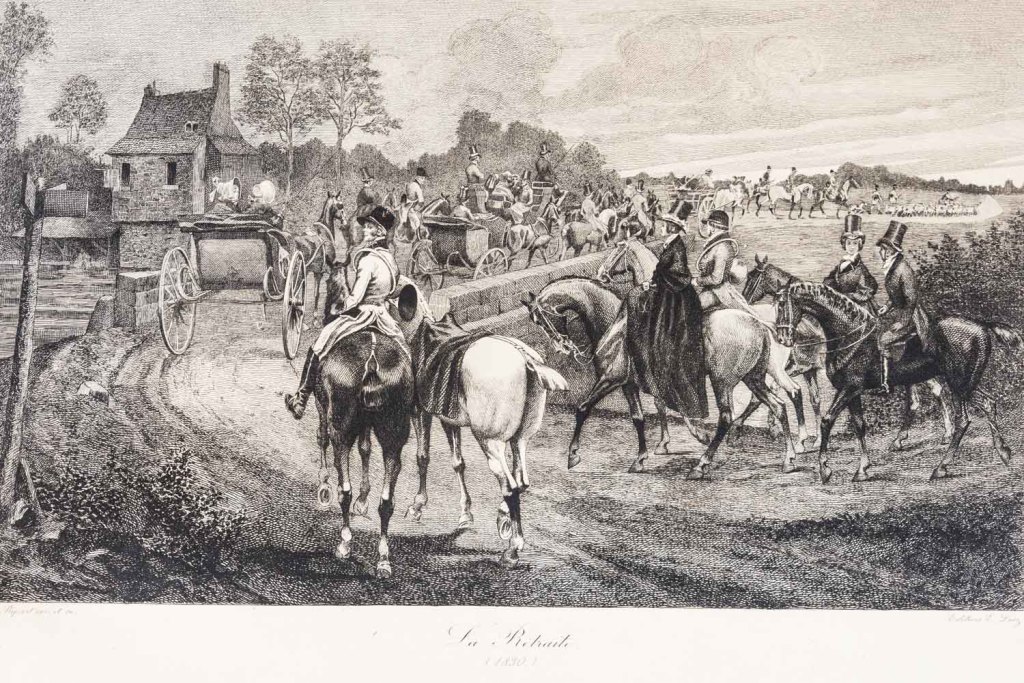 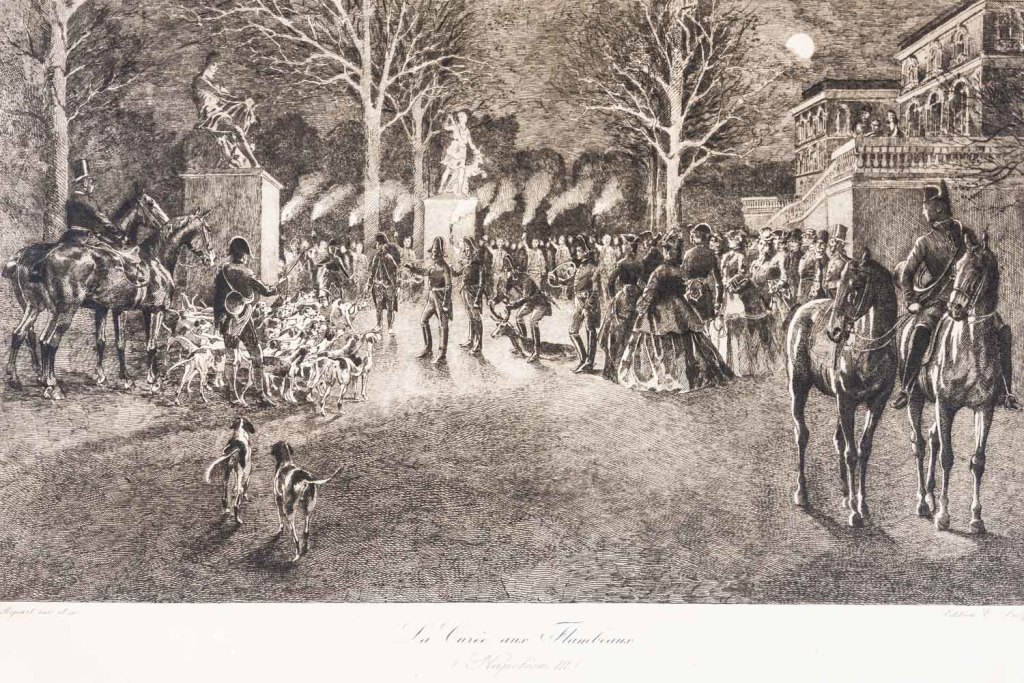