a rare album by the famous French photographer 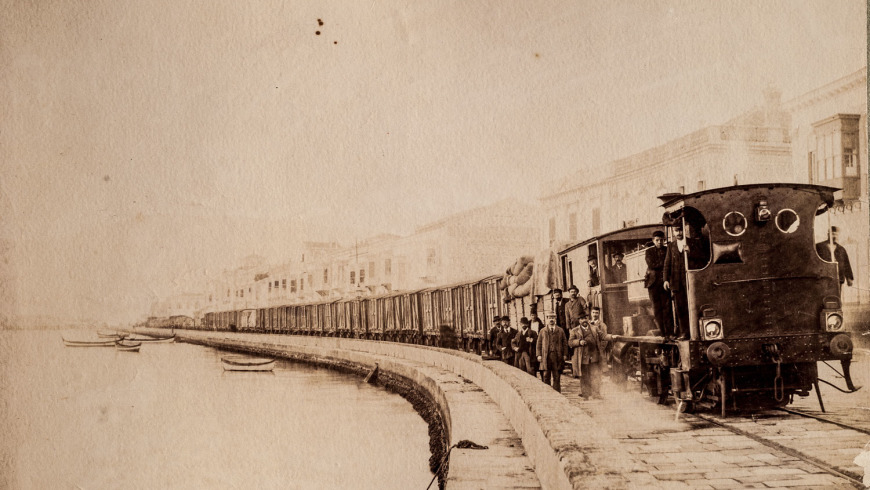 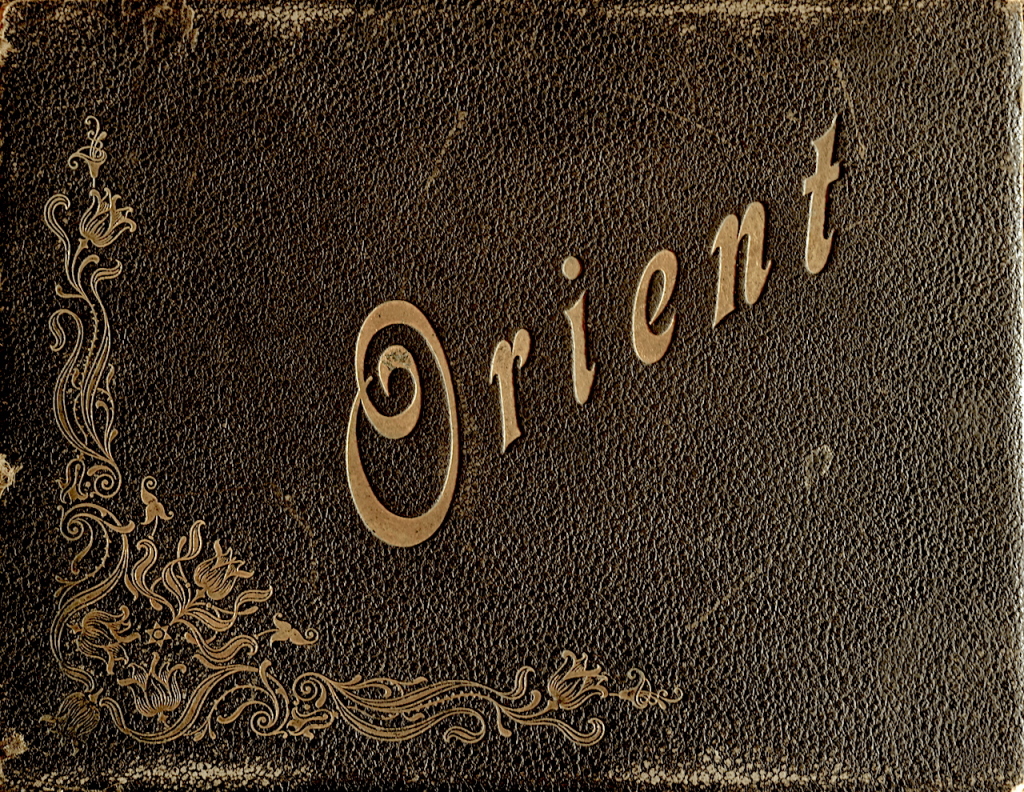 It was thanks to the work of several proto-photographers if the images of the monuments and the everyday life of people, from the 40’s of the 1800s, lost their features often misinterpreted by the illustrator’s imagination to take on the forms of a realistic description.

As far as the East is concerned, the “unfortunate” expedition to Egypt of the young Bonaparte (1798-1801), with dozens of archaeologists in attendance, and their first detailed descriptions of the remains of the Pharaoh civilization, sparked interest of the European Bourgeoisie. And in his presentation of the discovery of Daguerre, the photography, at the Academy of Sciences and Fine Arts in Paris (1839), the mathematician, chemist, mason, academic François Arago proclaimed: “To copy the thousands of hieroglyphs that cover the large monuments of Thebes, Memphis, and Karnak, it would take around twenty years and legions of designers, with the daguerreotype, however, only one man can complete this immense work and without any mistakes.”

Attracted by the novelty, and encouraged by the presumable earnings, many young and not so young French, British, Armenians and Turks went to work. With great physical effort and rudimentary knowledge, carrying tens of kilos of material on impenetrable or non-existent roads, struggling with the light and the reluctance of the “natives”, they moved, on fragile glass plates (silver daguerreotype had a short life, replaced by wet collodion) the images of the civilizations that history and religion had told with comprehensible inaccuracies.

In 1849, at twenty-seven years old, the brilliant Parisian journalist Maxime du Camp landed in Alexandria with his friend Gustave Flaubert, who was one year older, to tell about classical Egypt. Maxime had learned the secrets of the new art for the occasion, and Gustave was not missing any verve. They often argued, even for the biblical time needed for the work of du Camp, but they brought home valuable testimonies. Not only at a scientific level. The photographs were wanted by many and were very expensive. And they sold well.

Félix Bonfils (1831-1885) also understood this. He was a bookbinder but had the chance to follow, in 1860, the French expedition wanted by Napoleon III, to Beirut to fight the repression of Maronite Christians by the Drusi.

Félix, struck by the charm of the Orient, returned to Paris and became a photographer. He marries Marie-Lydie Cabanis and when their son, Adrien, becomes ill he decides to move to the green hills of Lebanon. With his wife he opens a studio: Maison Bonfils, in 1867.

Tireless, Félix takes photographs in Lebanon and Palestine, Syria, Egypt and Greece and Turkey. In 1872 he published an album, Architecture Antique, that made him famous in France after he had informed the Société Française de Photographie a year before that he had 591 negative and 9,000 stereographs in his archives. In 1876 he also pointed out that he used three different-sized devices, especially in arduous and dangerous places such as Baalbeck and Palmira.

Tourists who venture into those places, alone or with the first groups organized by Thomas Cook, buy the photographs signed by Bonfils and the firm flourishes. Not the family relationships though? Biographies portray the photographer’s decision in 1878 to return to France alone to Alès, near to Hyppolyte-du-Fort in the Cèvennes, where he was born. In Alès he will die while his wife and son will continue the activity of publishing photography, with three assistants in Beirut for another 40 years.

In 1918, the Armenian entrepreneur Abraham Guiragossian bought the archive from the widow and propagated it until World War II broke out.

The following photographs are taken from an undated album, presumably printed at the end of the 1970s. 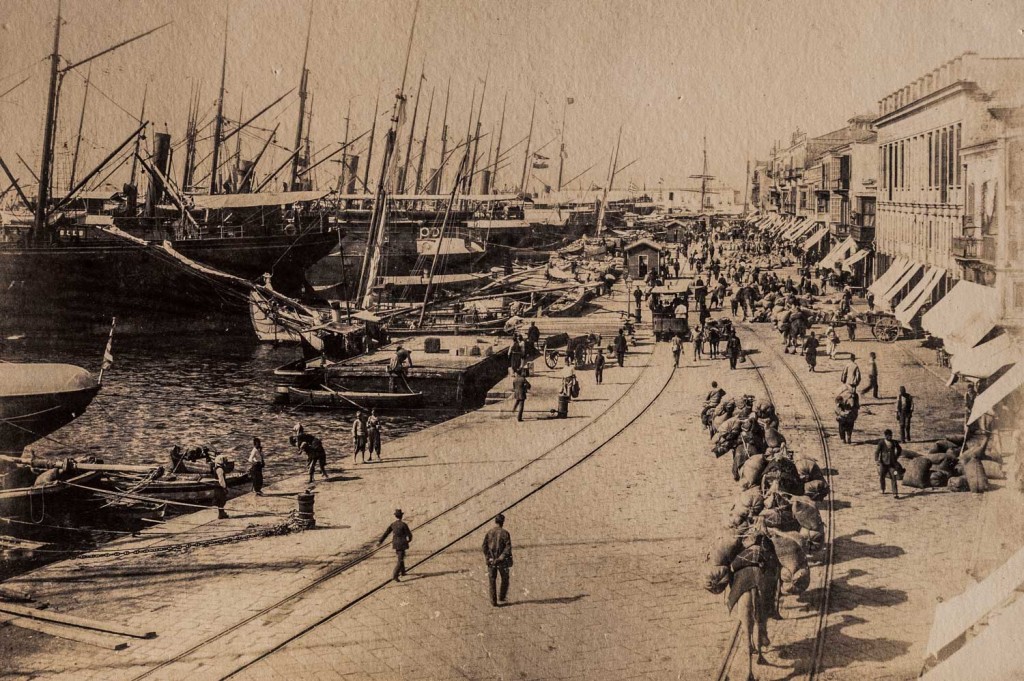 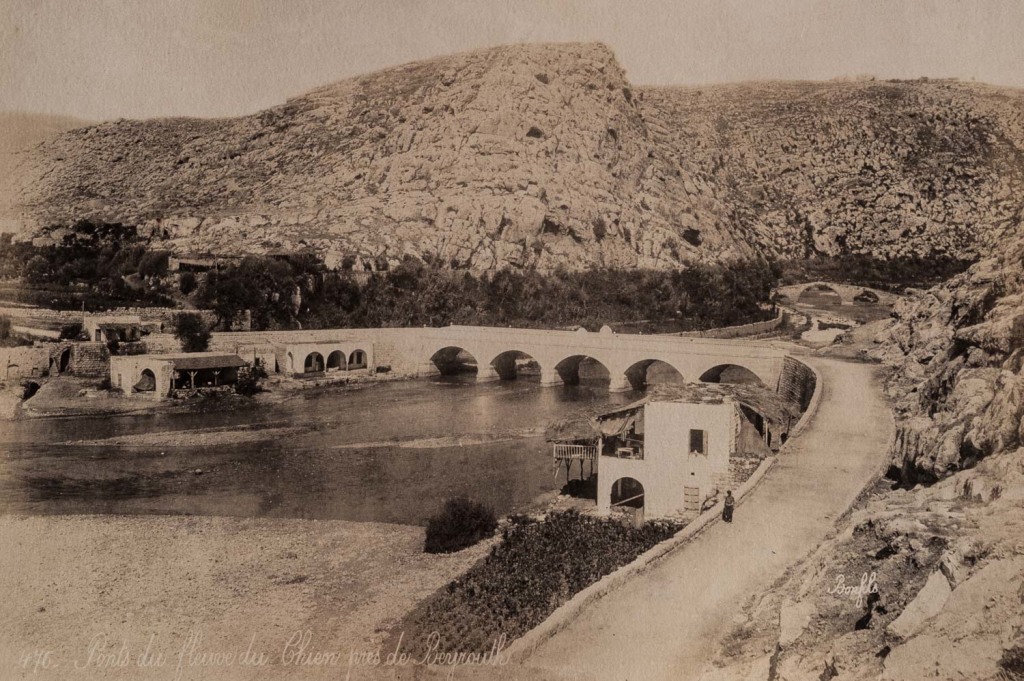 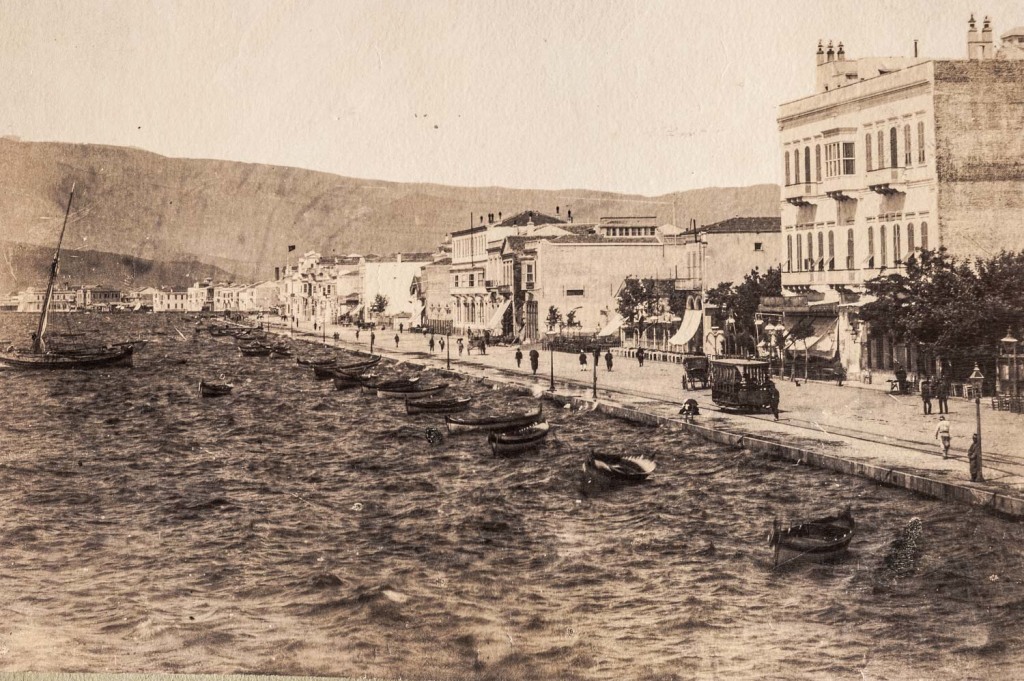 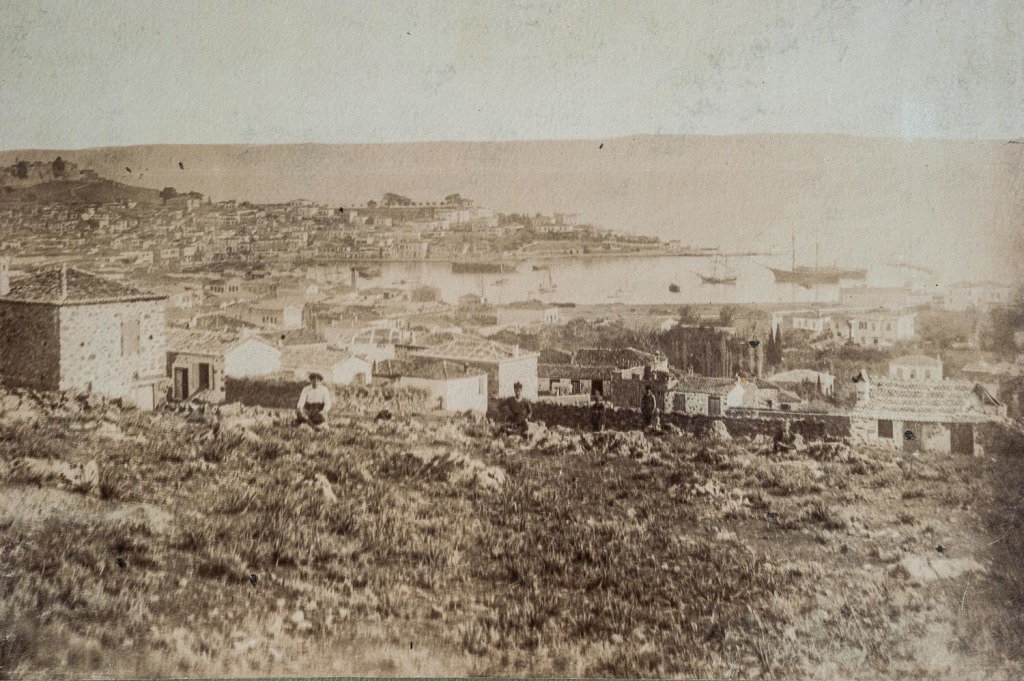 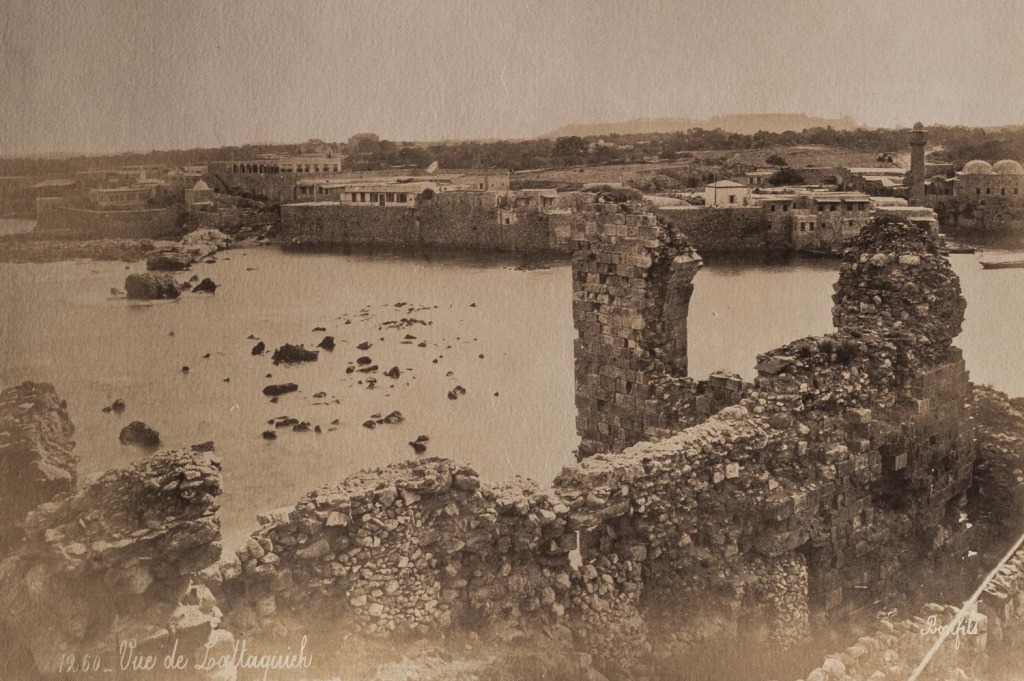 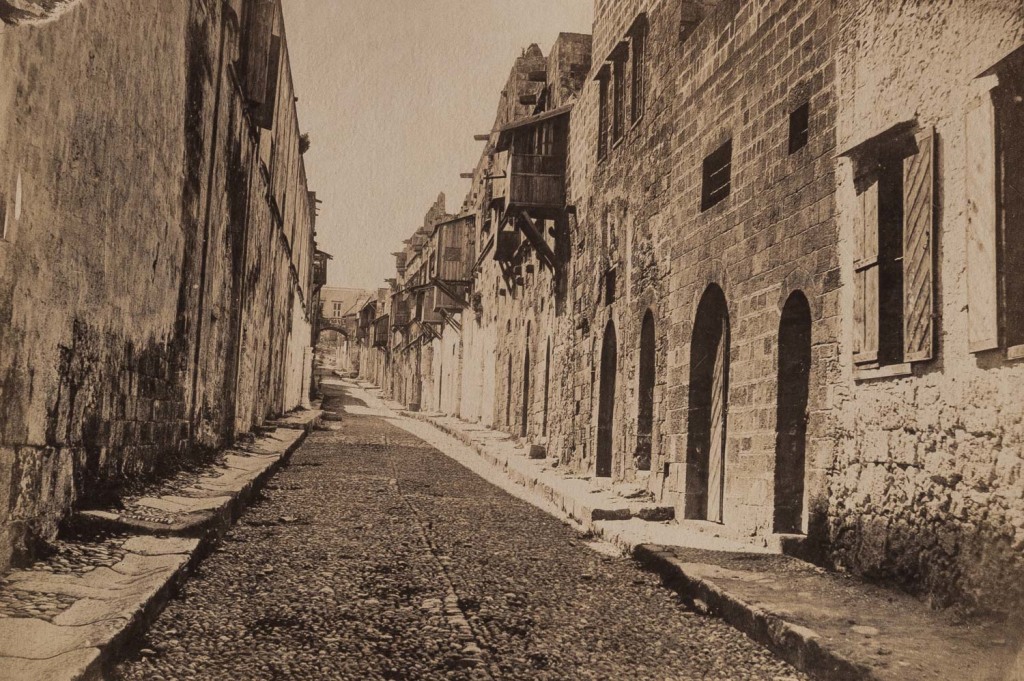 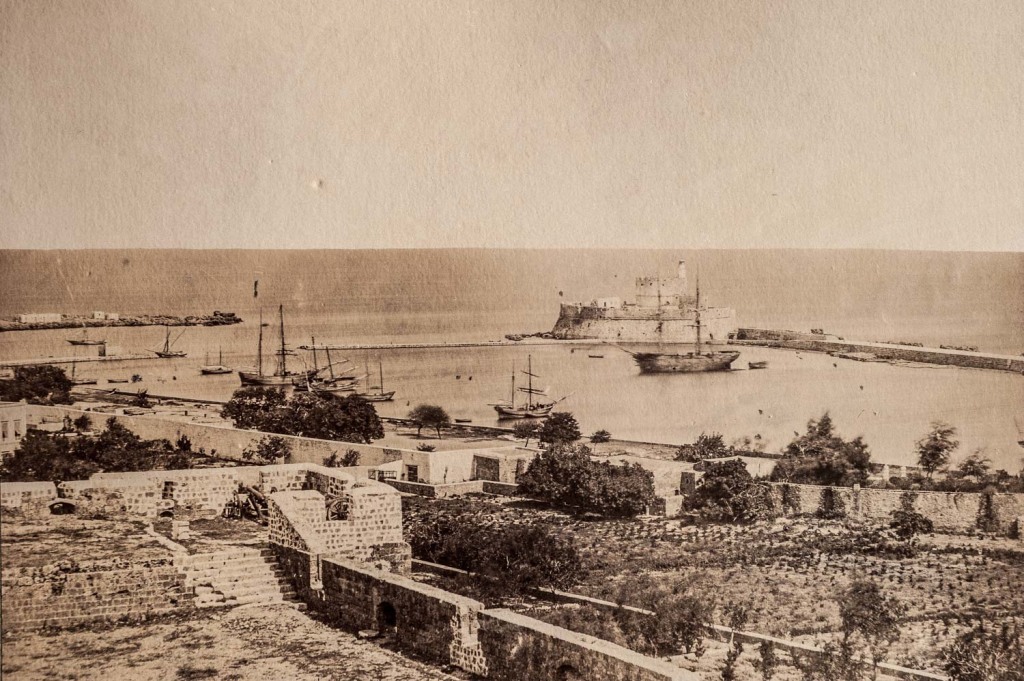 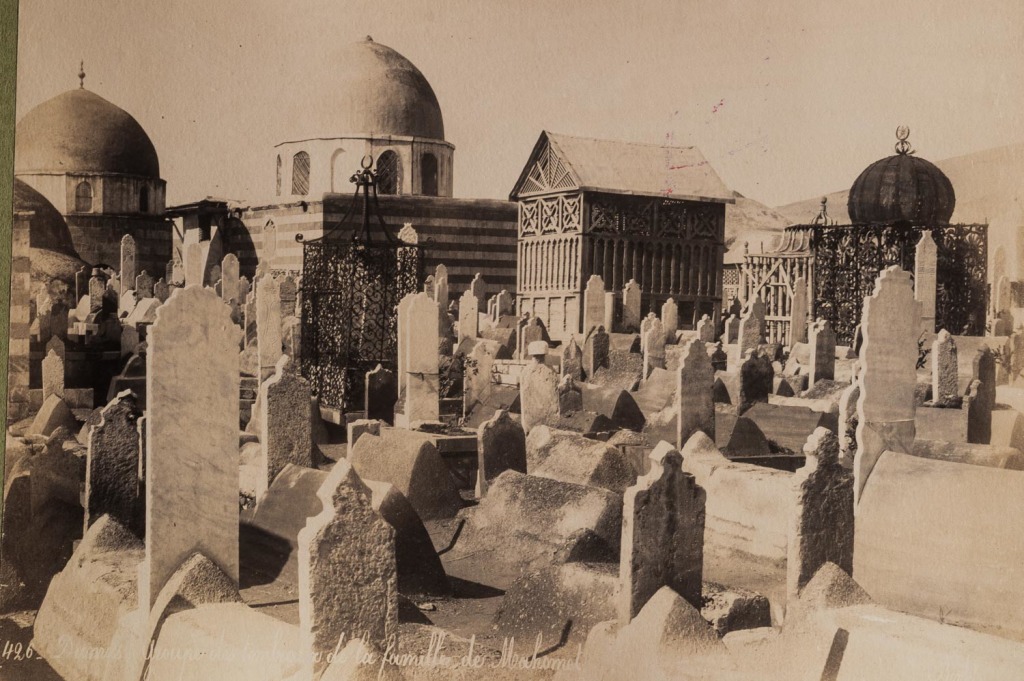 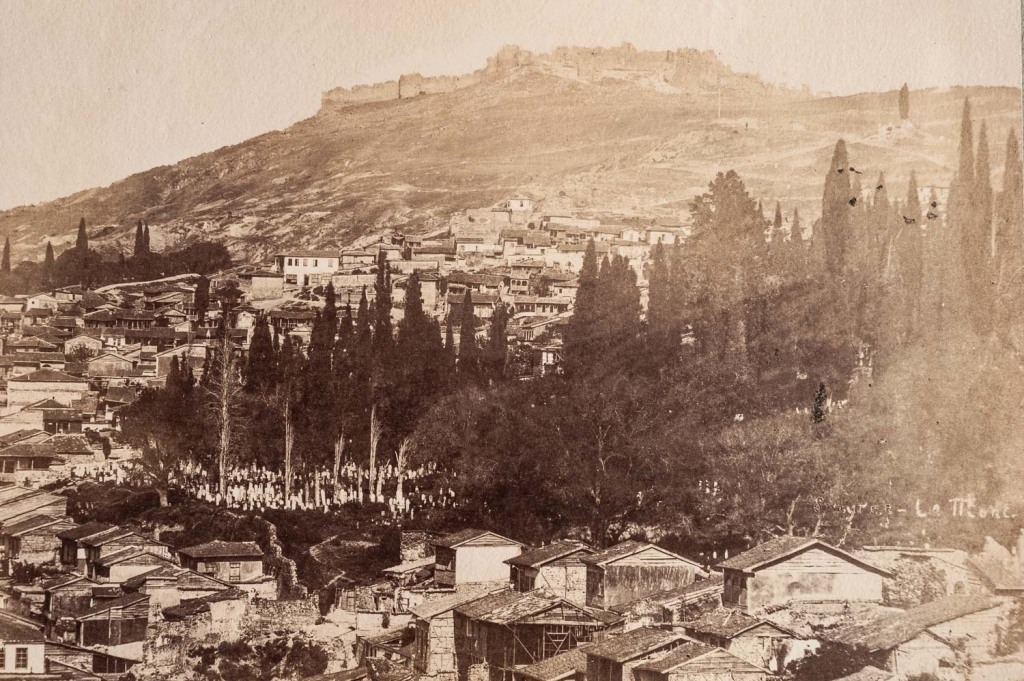 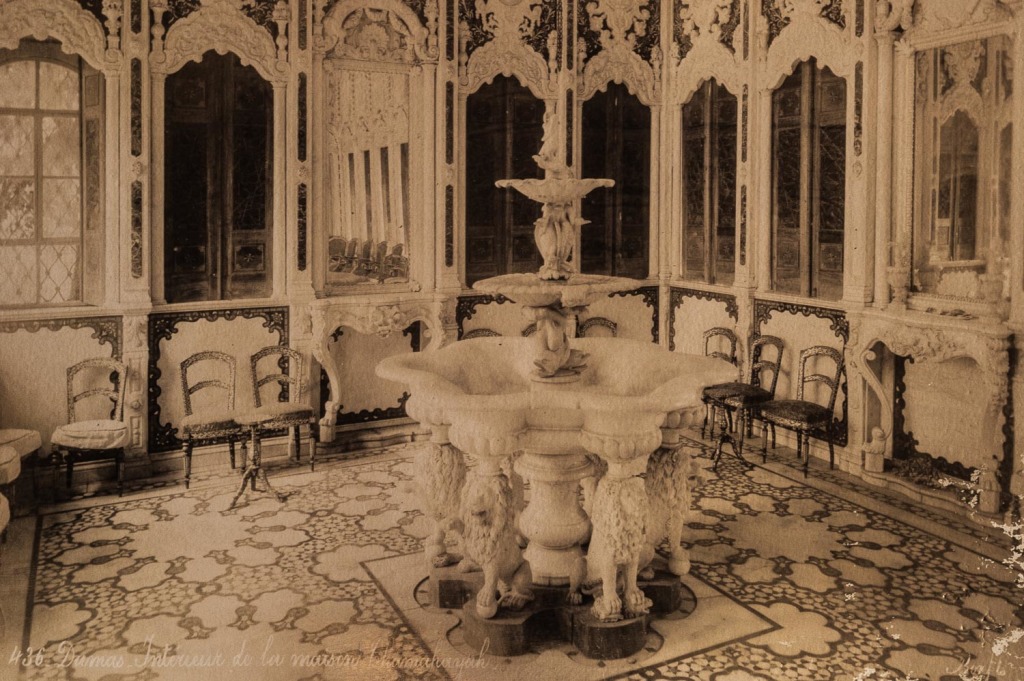 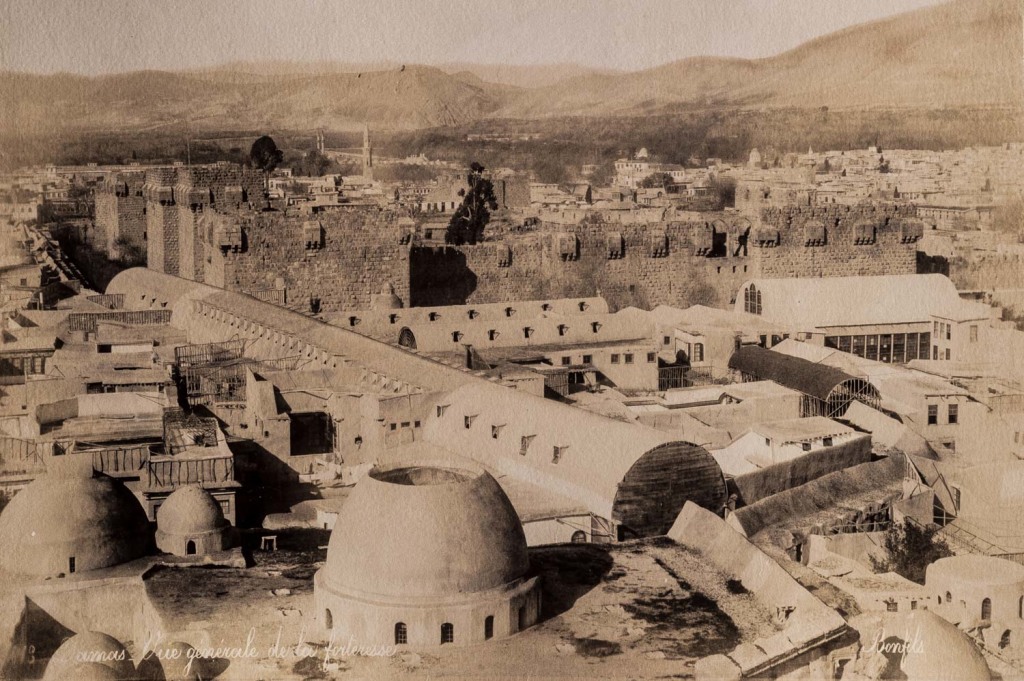 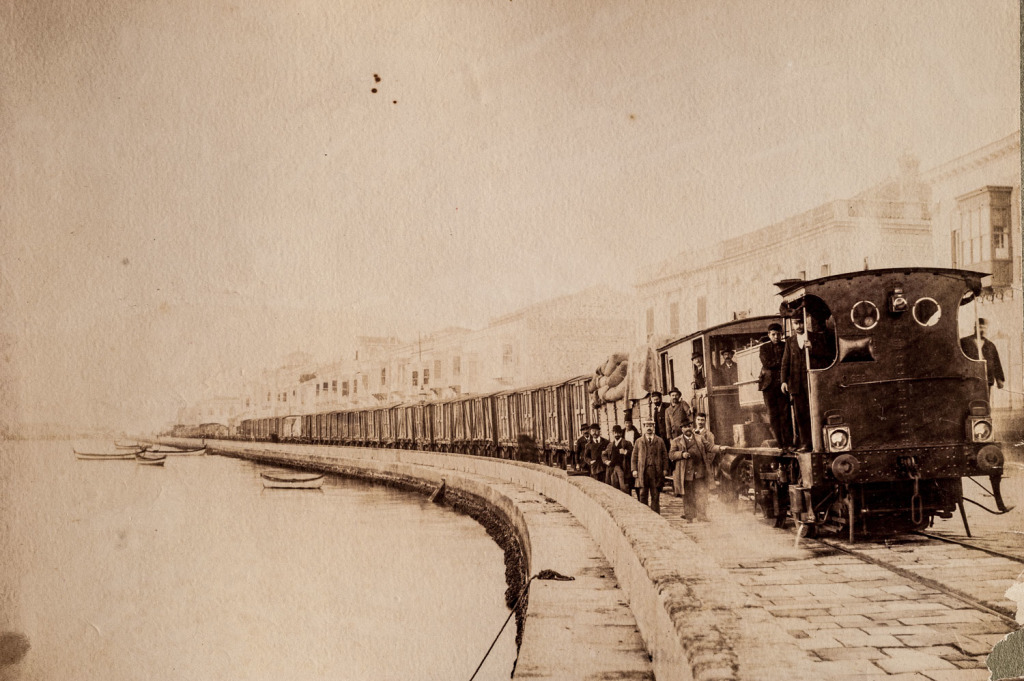