The Walhalla temple is a popular attraction in the Bavarian Regensburg’s area. The monumental building (completed in 1842) is located on a hill, overlooking the Danube, at Donaustauf, just 12 km from the town. Following the model of the Parthenon it is a sort of Hall of Fame in honor of the German people. The name goes back to the Teutonic mythology, where the bravest warriors found their last resting place in Walhalla.
In the interior there are 130 marble busts and 65 plaques, reminiscent of characters such as King Ludwig Ist of Bavaria (the founder of Walhalla), Bach, Barbarossa, Bismarck, Einstein, Gauss, Goethe, Gutenberg, Kant, Haydn, Schiller, Luther and the Empress Katarina the Great, just to name a few. The latest bust, Heinrich Heine, was added in 2010.

The clippings that we publish are taken from the Giornale Illustrato dei Viaggi published by Edoardo Sonzogno in Milan in 1881. 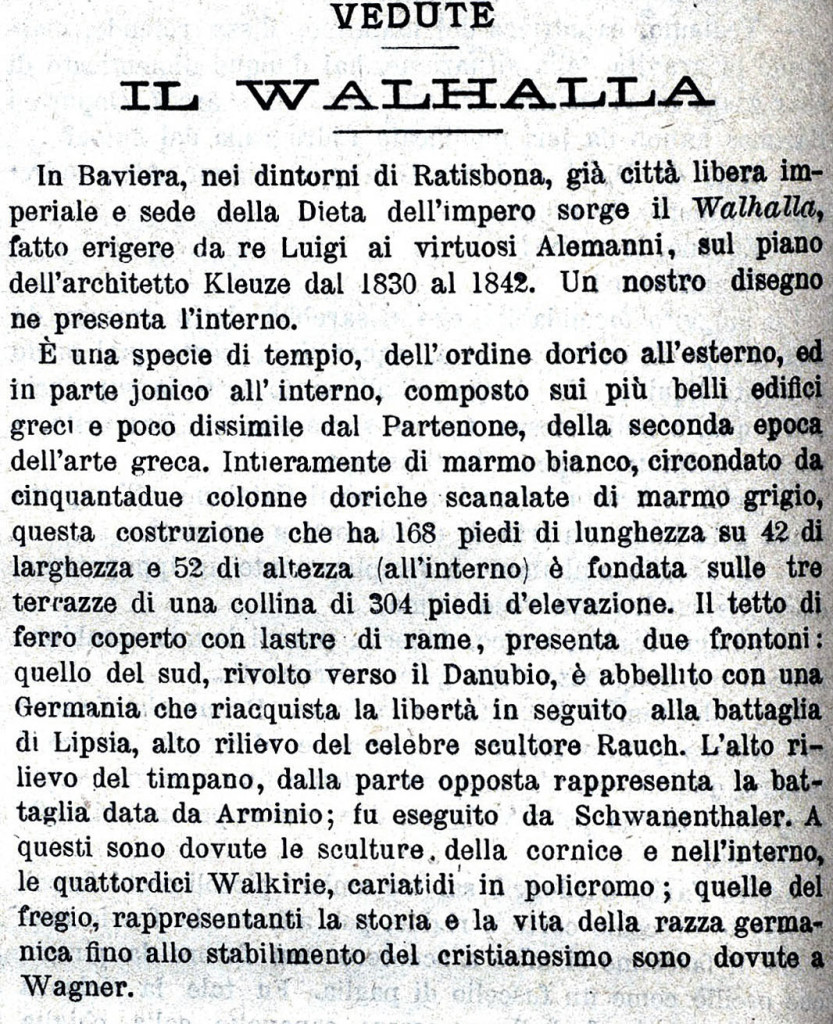 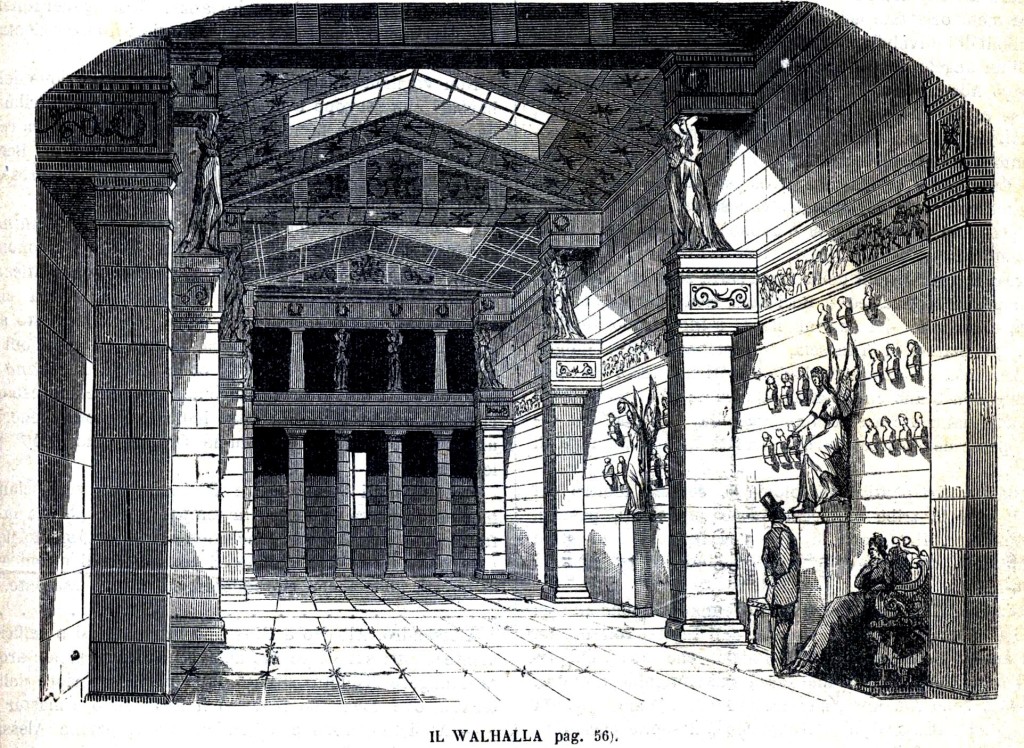 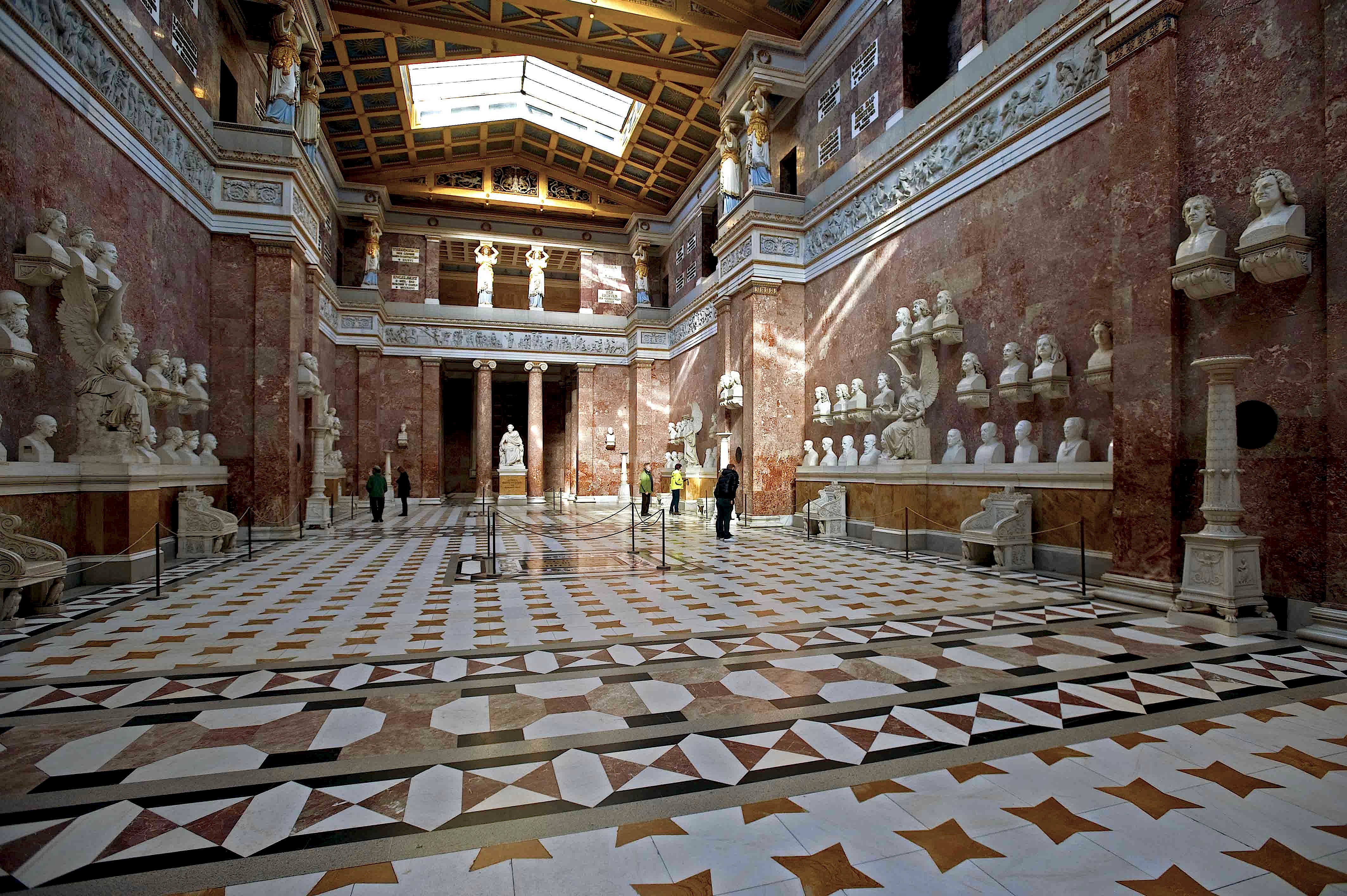 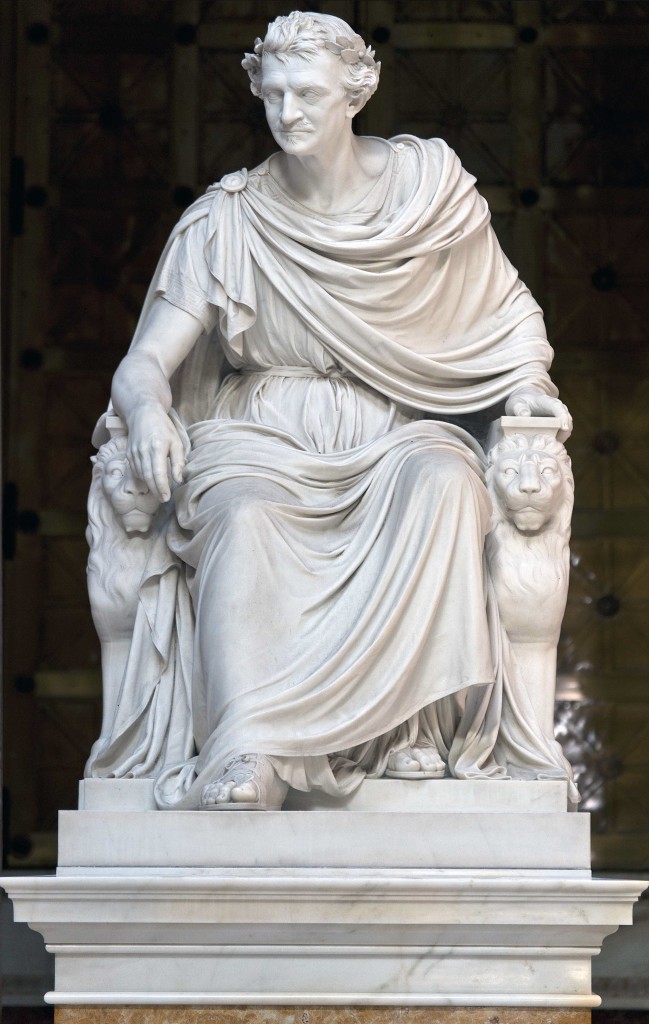 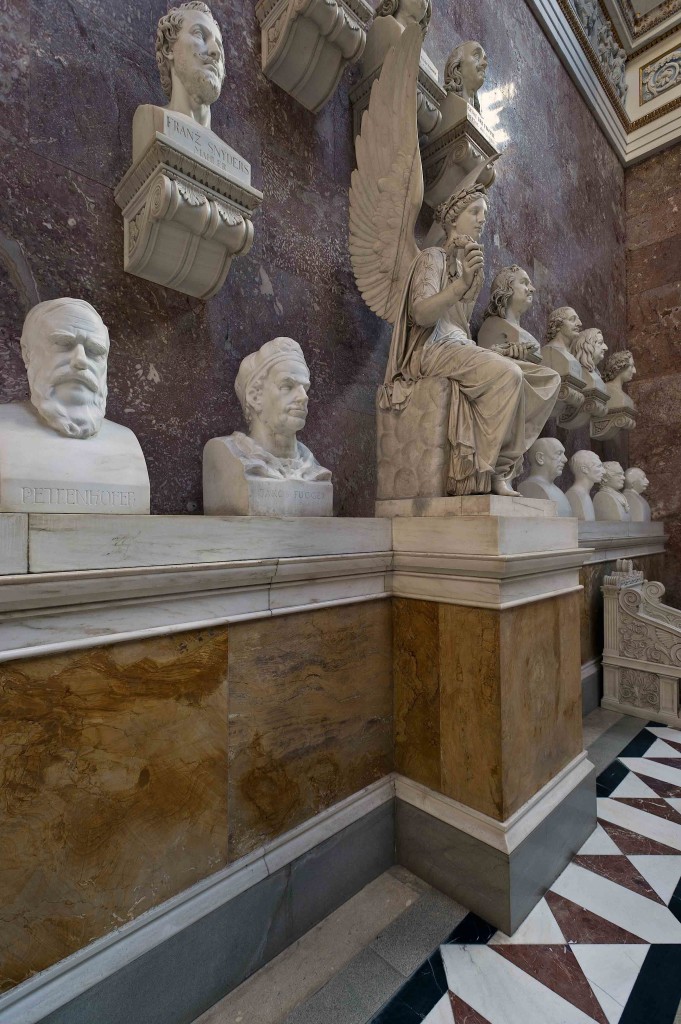 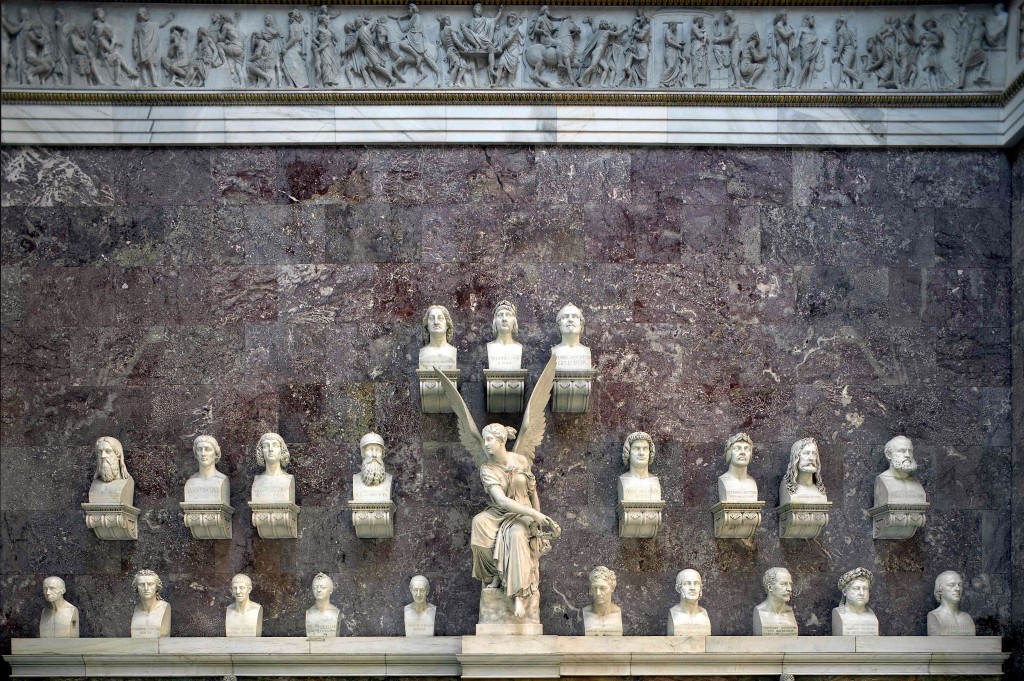