POLONNARUWA, SRI LANKA. THE BEAUTIFUL CAPITAL OF THE KING PARAKRAMABAHU

pools, temples, monasteries and granite giants of the year one thousand

photographs and notes by Massimo Pacifico 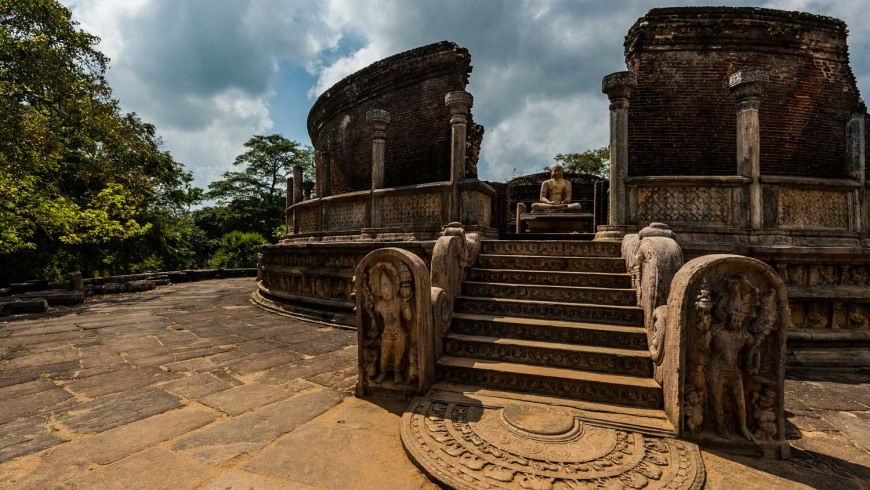 Capital of the second kingdom, after that of Anuradhapura, in the history of Sri Lanka, the city of Polonnaruwa was the center of major political, commercial and religious initiatives around the year one thousand of the Christian era.

Located on the central highlands of the island, it was the residence of King Vijayabahu, who in 1070 defeated the Chola invaders, who dominated the south of the Indian continent, and reunified the country under a local dynasty.

However, it was the King Parakramabahu (the Great, 1153/86) who made Polonnaruwa a modern and attractive capital, encouraging a functional irrigation system, promoting the building of temples and hospitals, undertaking profitable commercial relations with China and the sultanates of the Arabian peninsula.

Of that era many temples (dagoba) still stand, albeit in partial ruins, pools, gardens and monasteries. The best known is Gal Vihara with its gigantic granite statues: a lying 14 meter Buddha and an impressive 7 meter statue, depicting Parakramabahu.

Typical of Polonnaruwa are the so-called Moonstones, elaborate semicircular reliefs that precede the stairs of access to the dagoba and symbolize the cycle of Buddhist Samsara.

Since 1982, the Polonnaruwa site is among those protected by UNESCO. 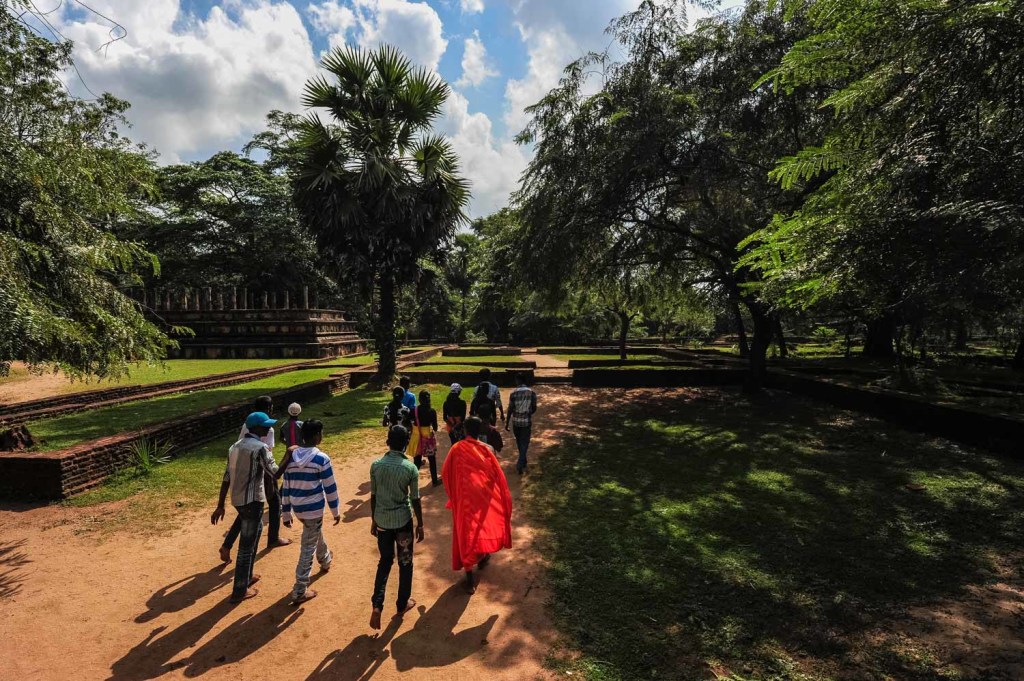 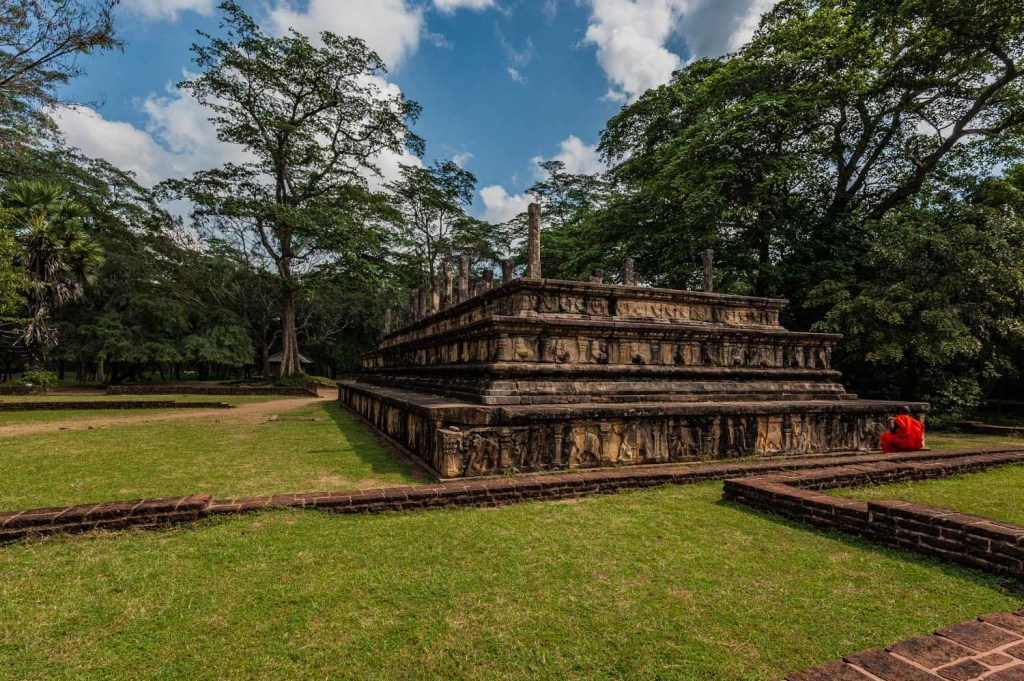 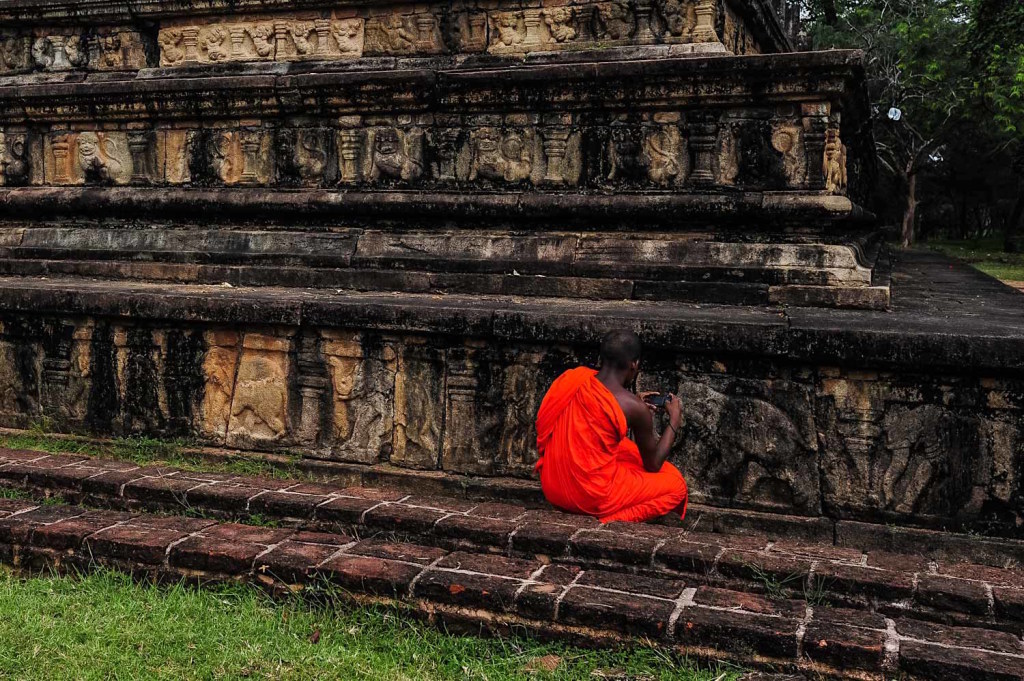 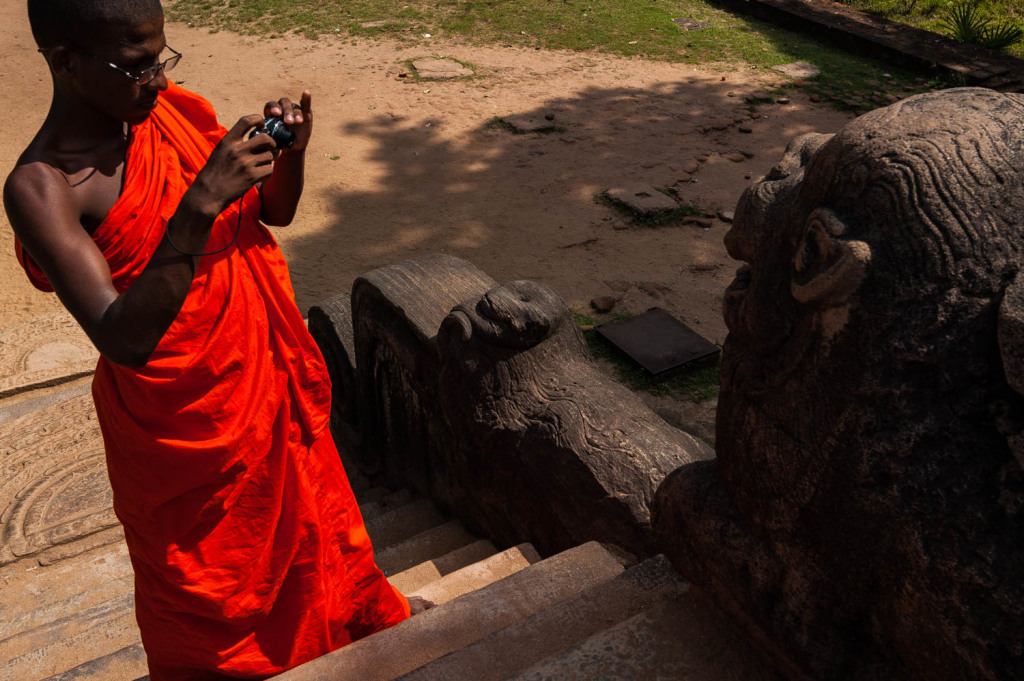 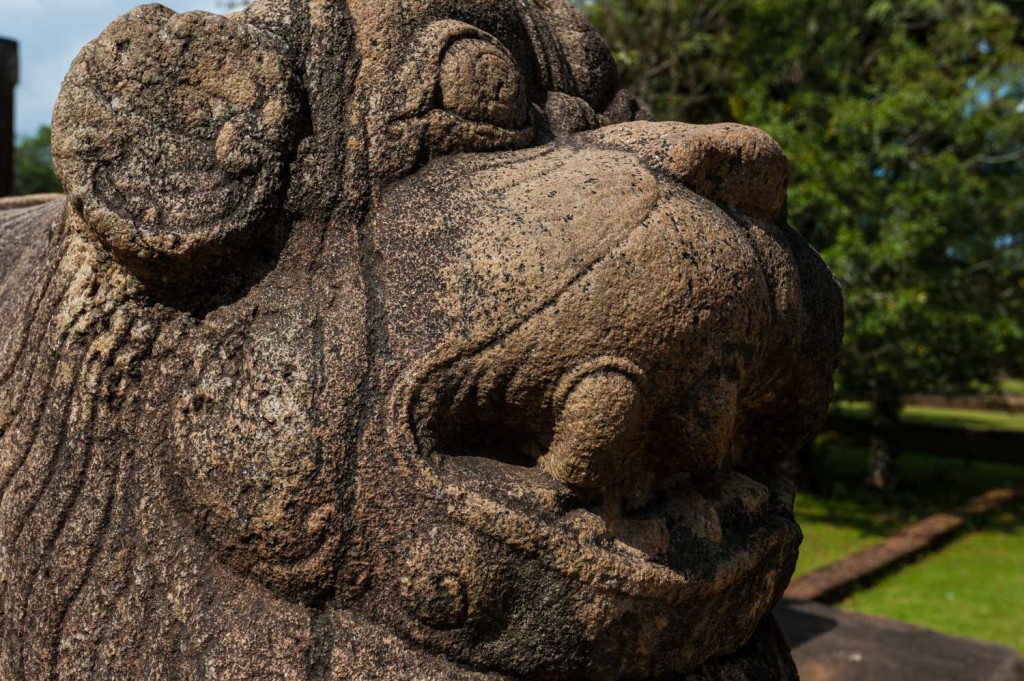 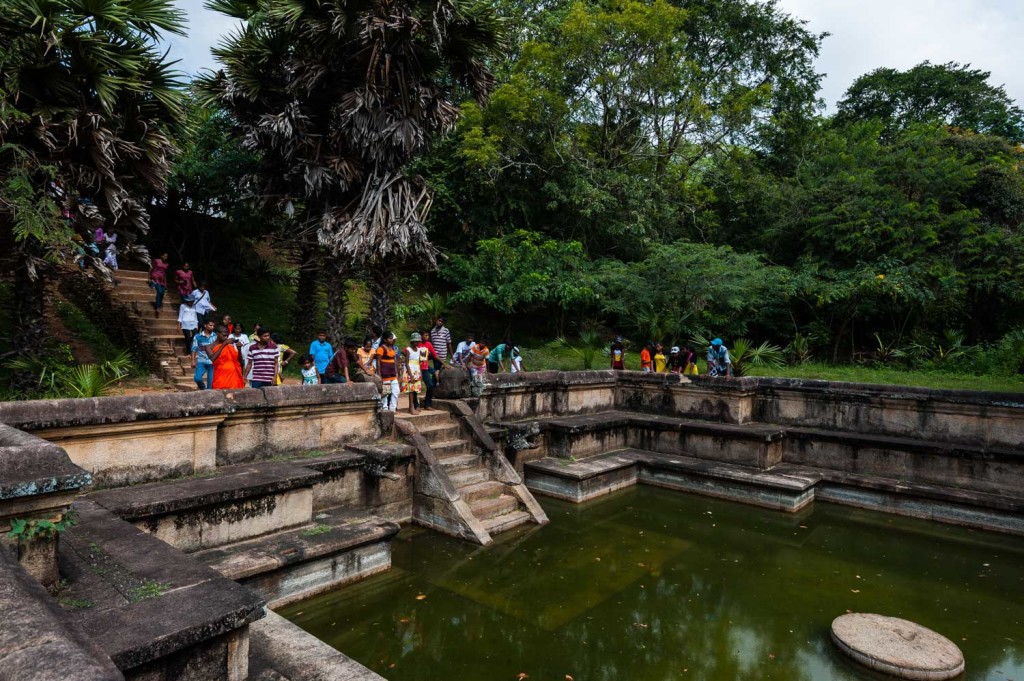 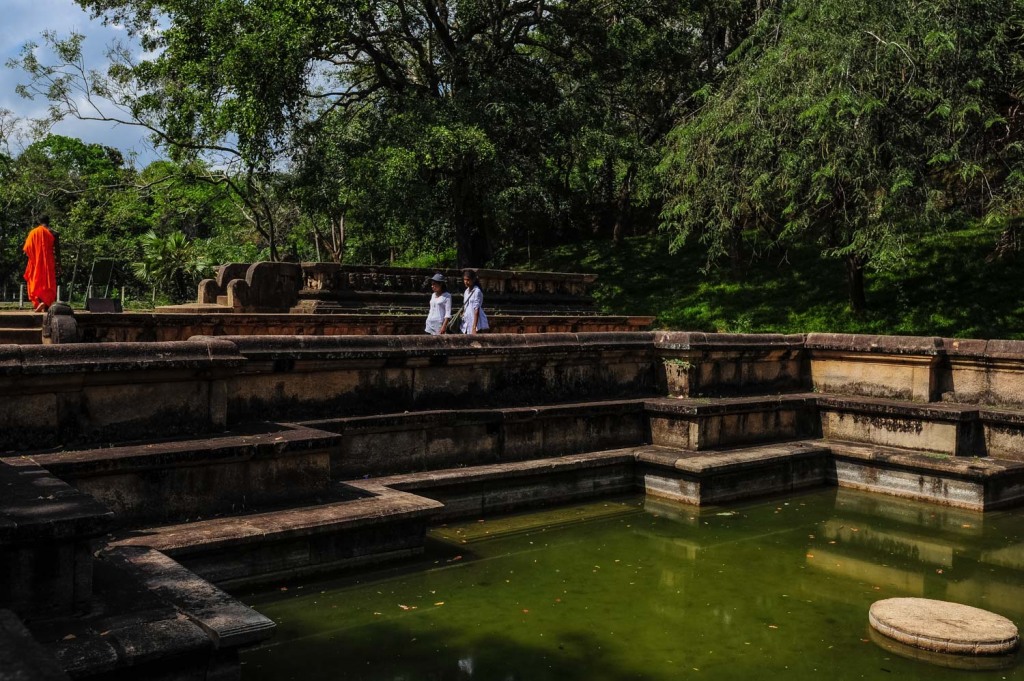 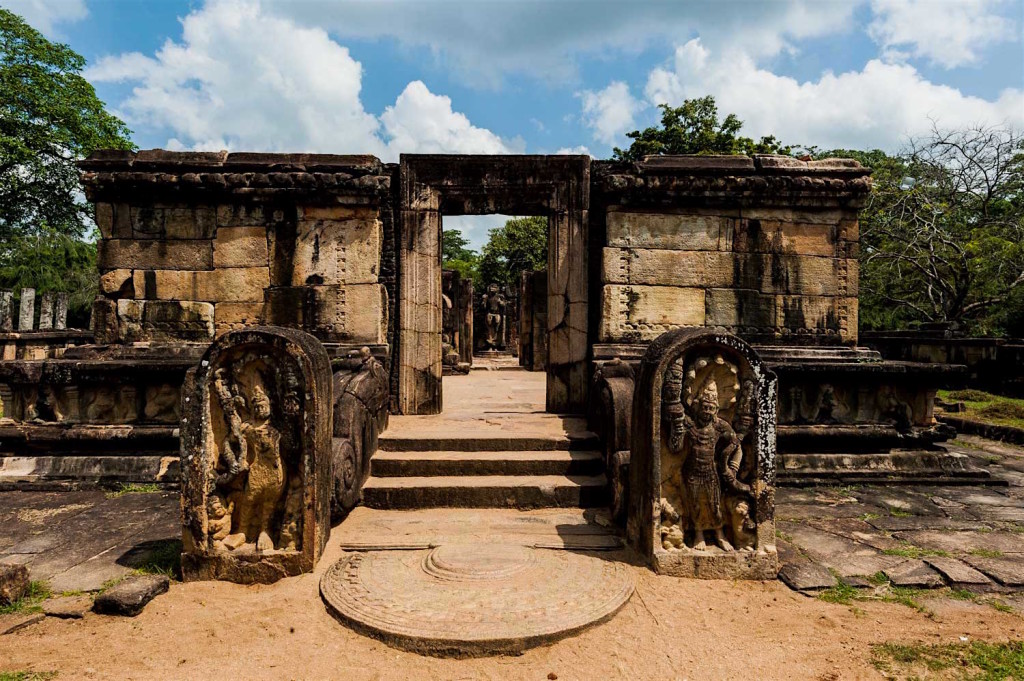 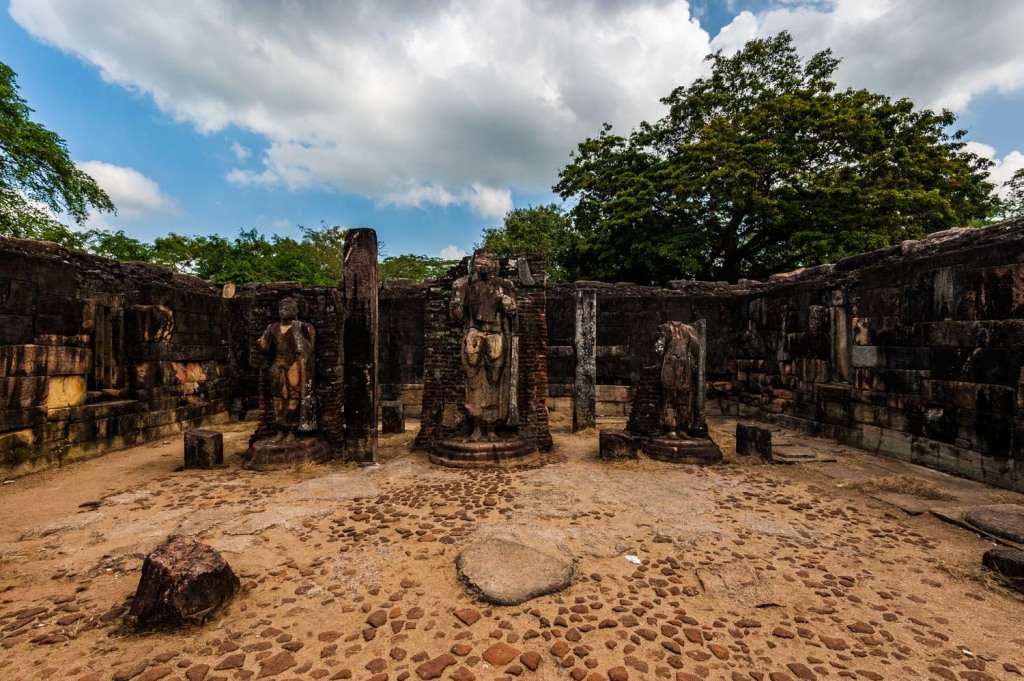 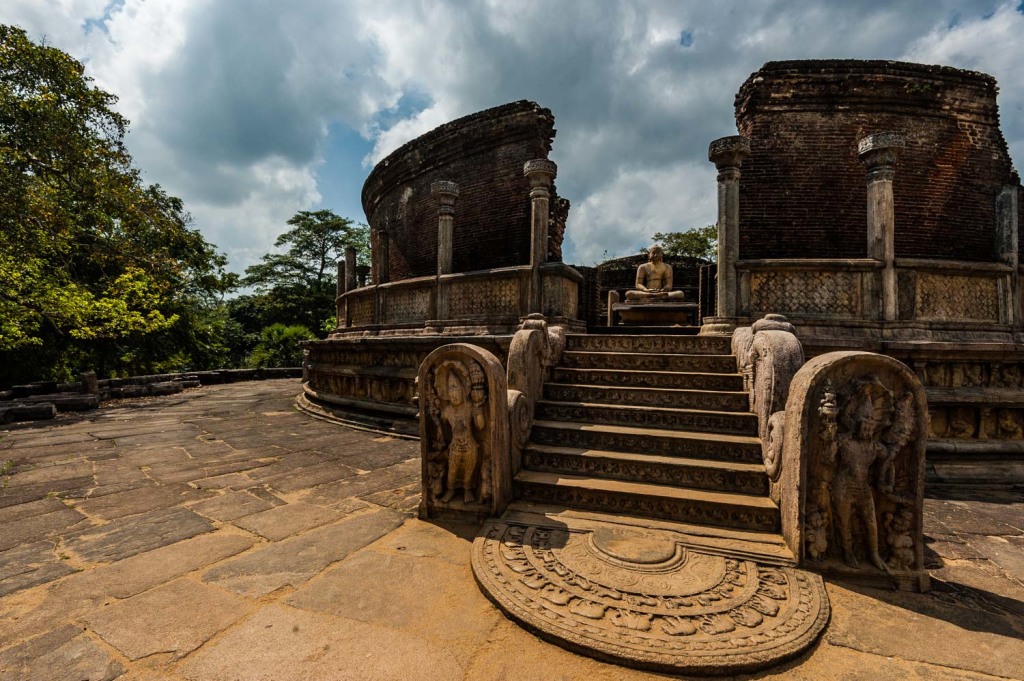 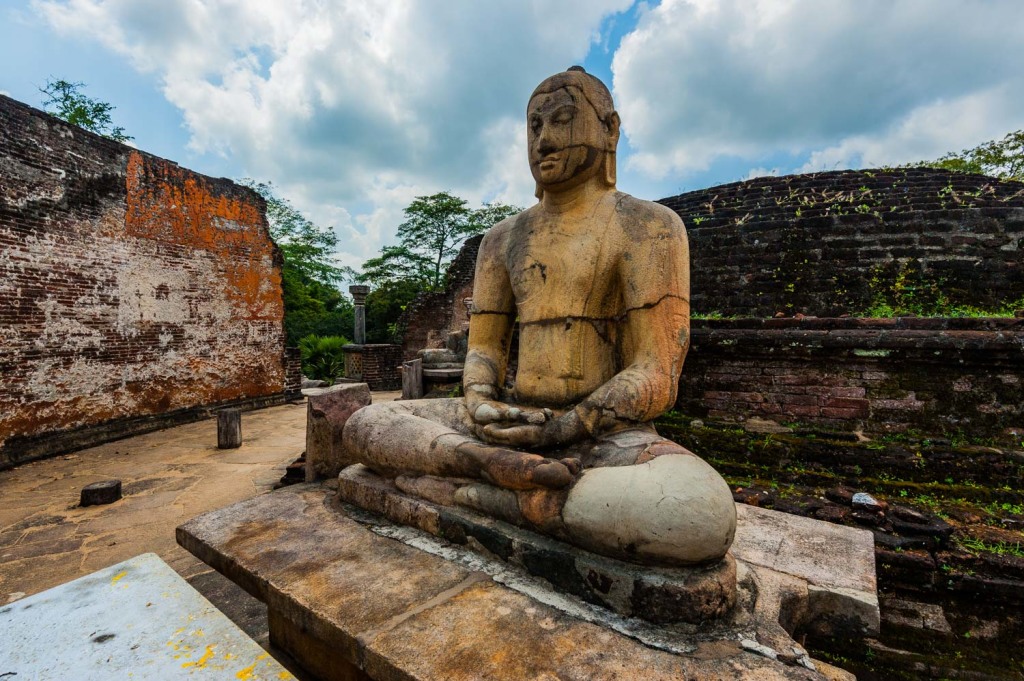 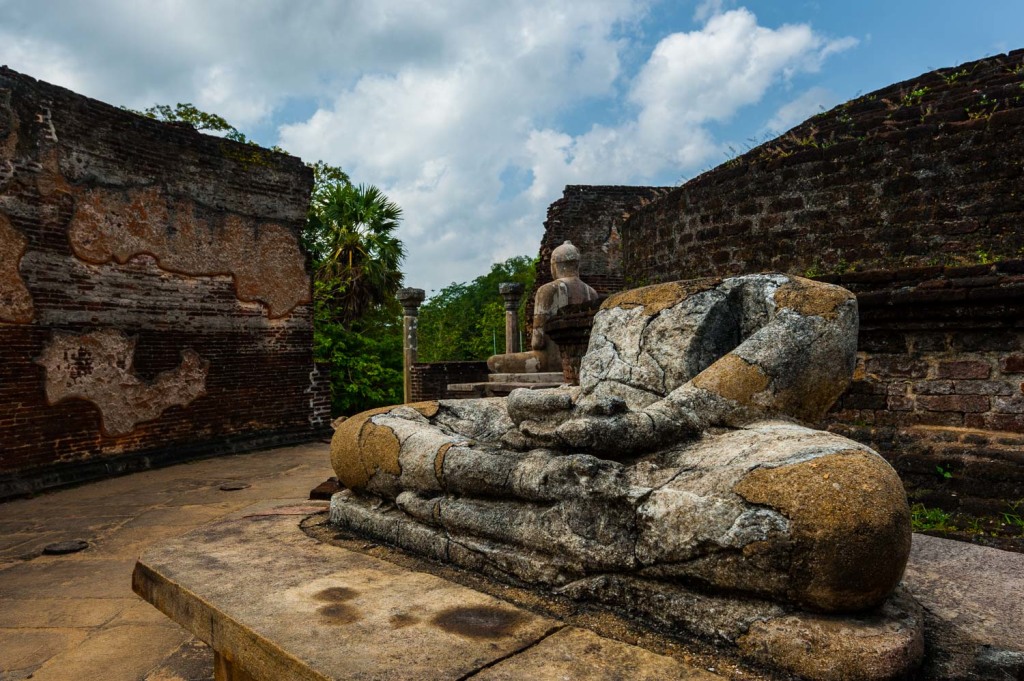 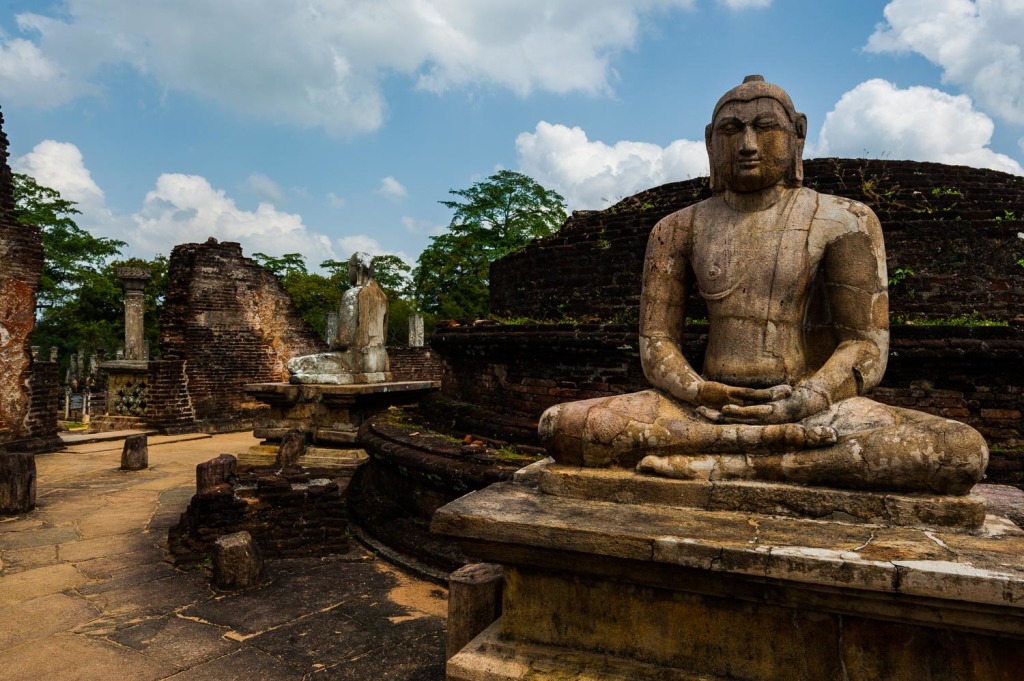 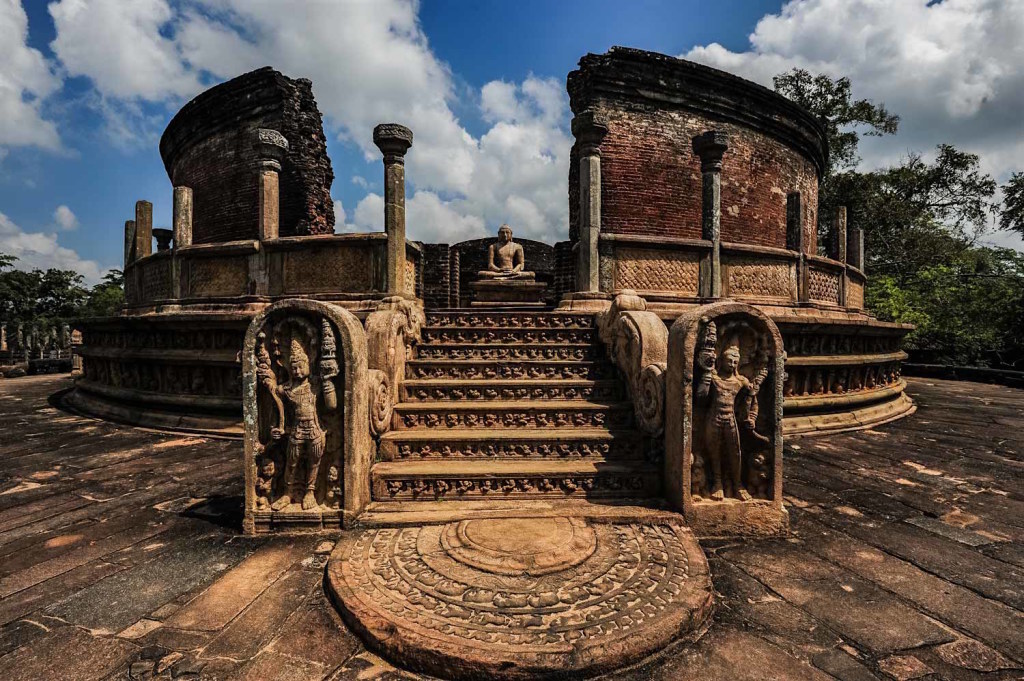 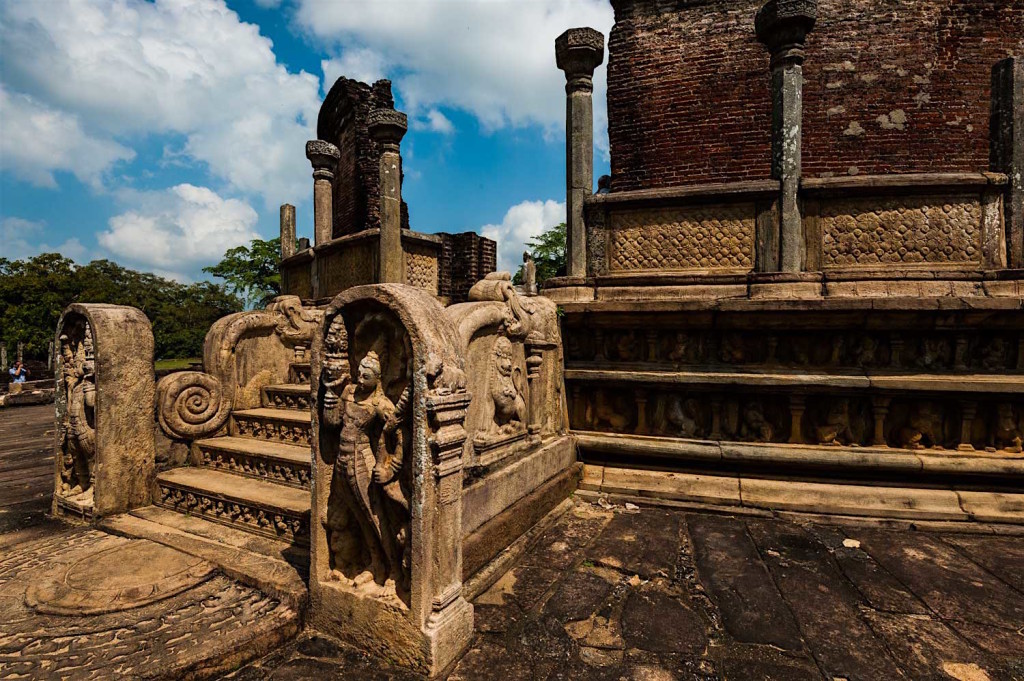 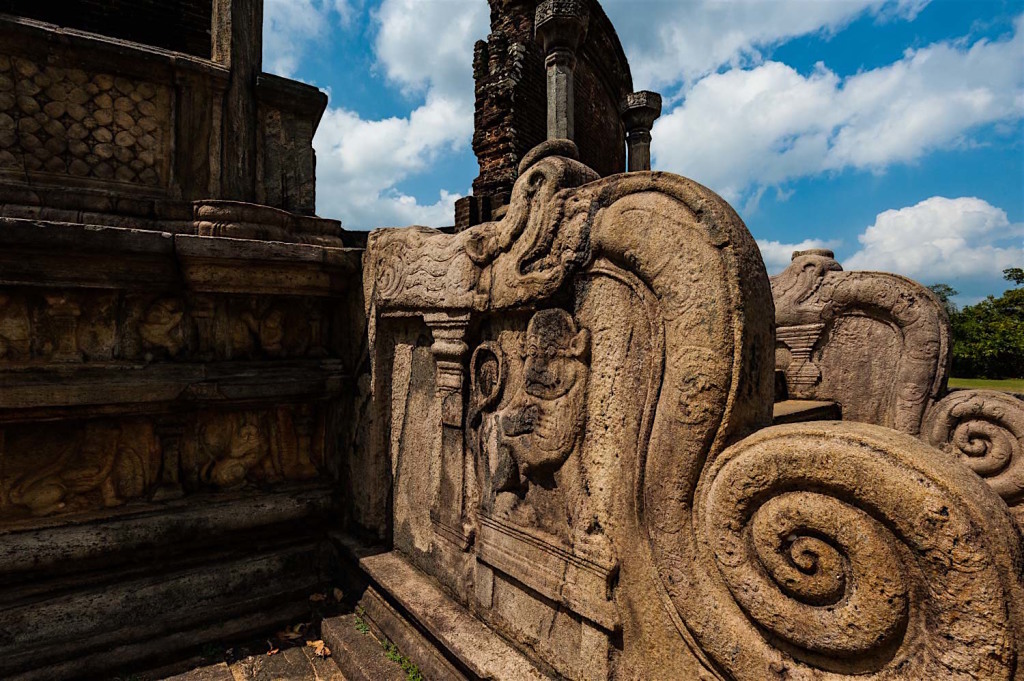 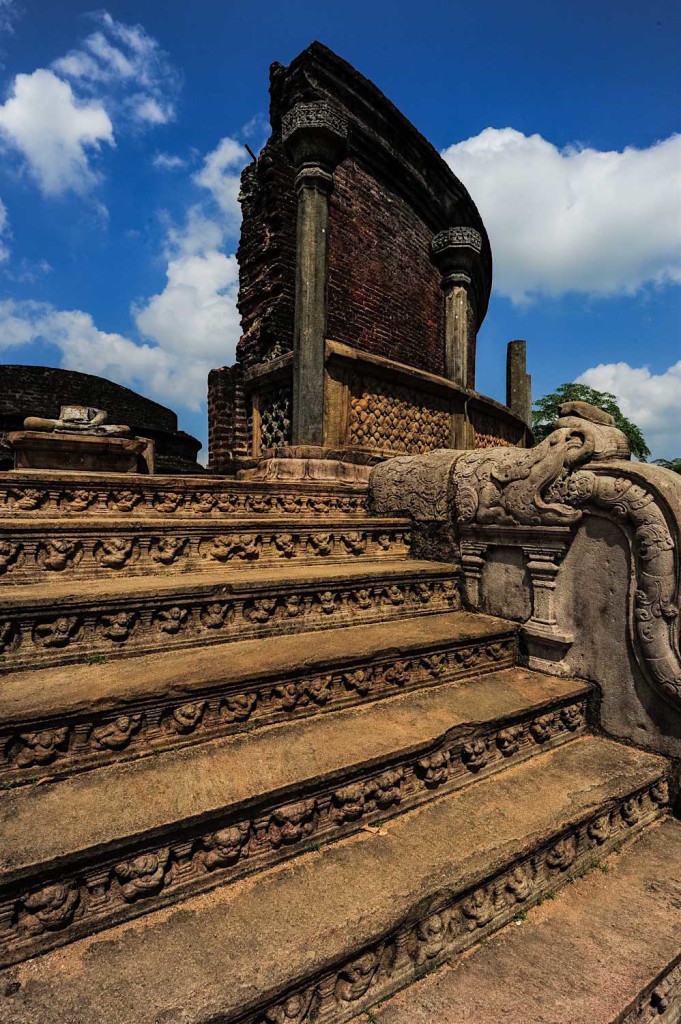 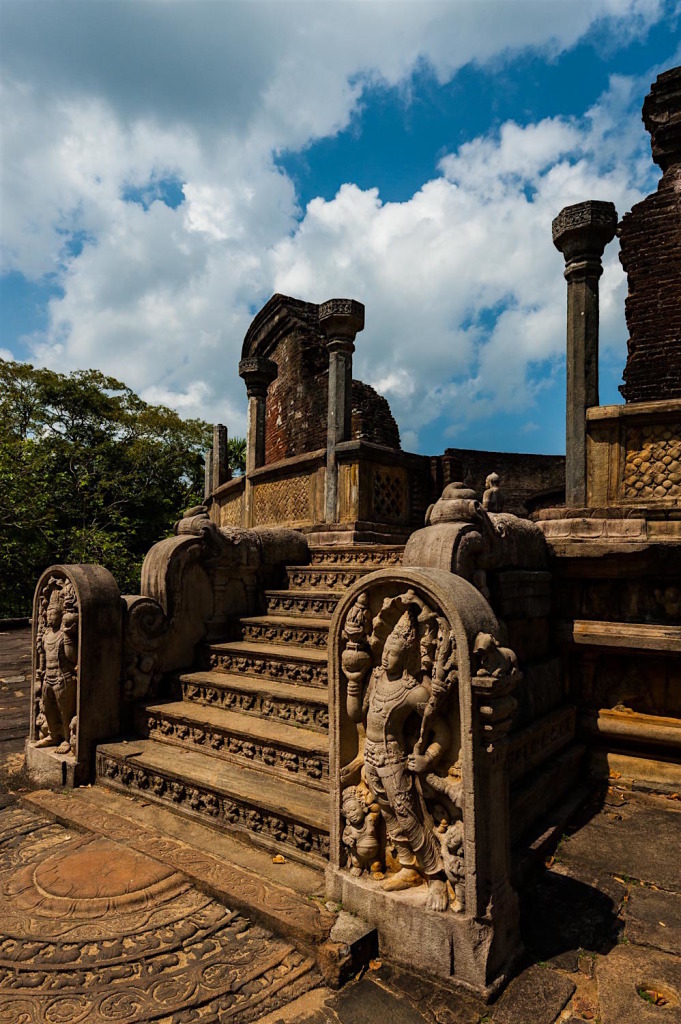 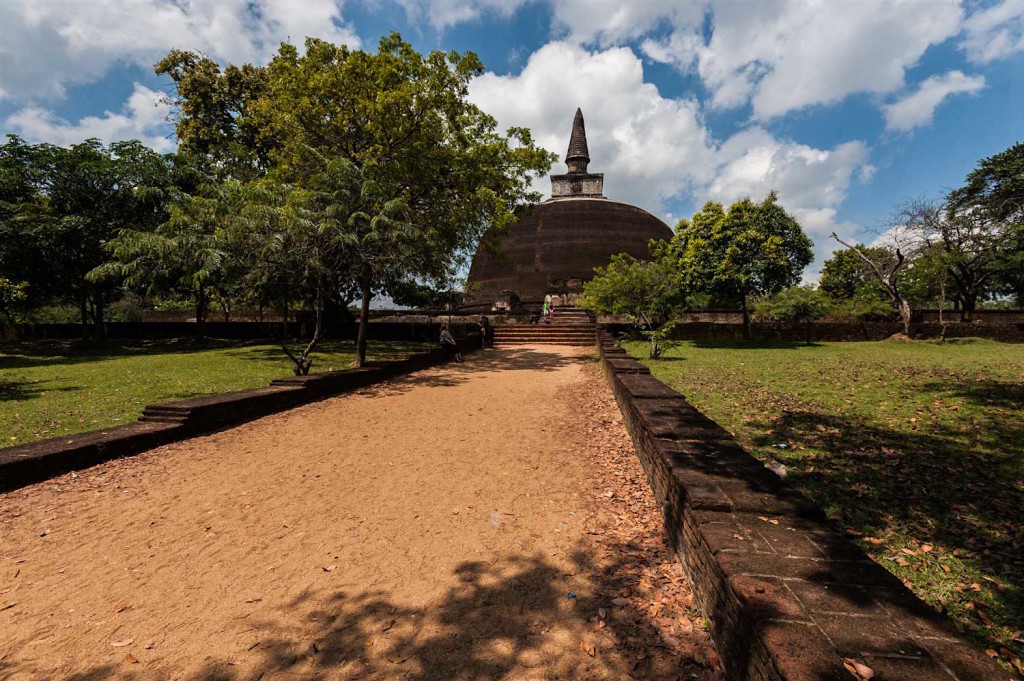 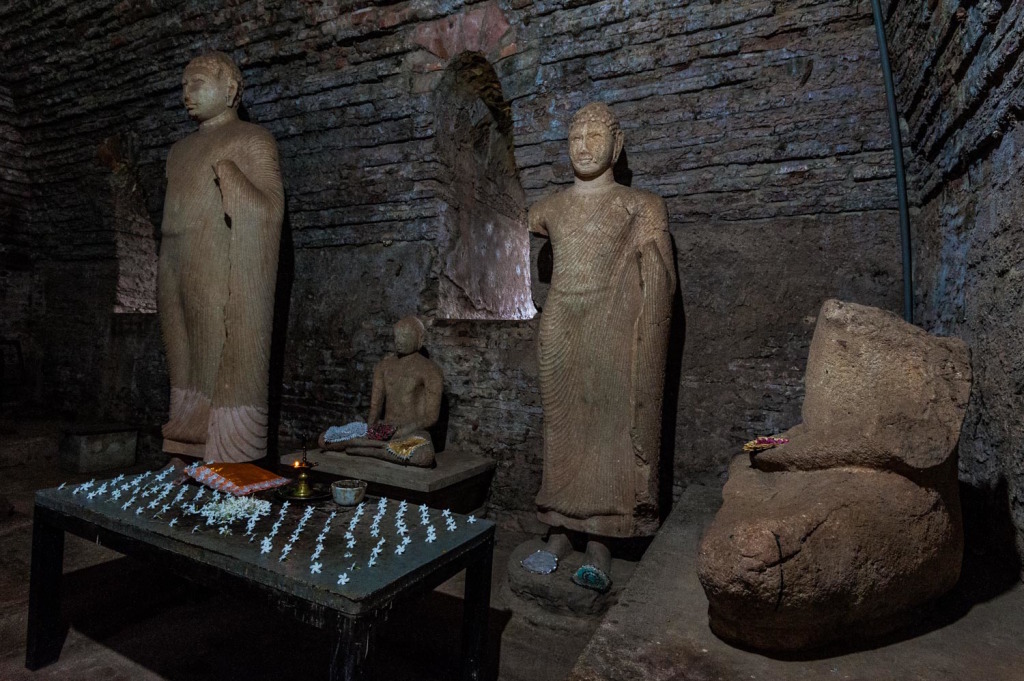 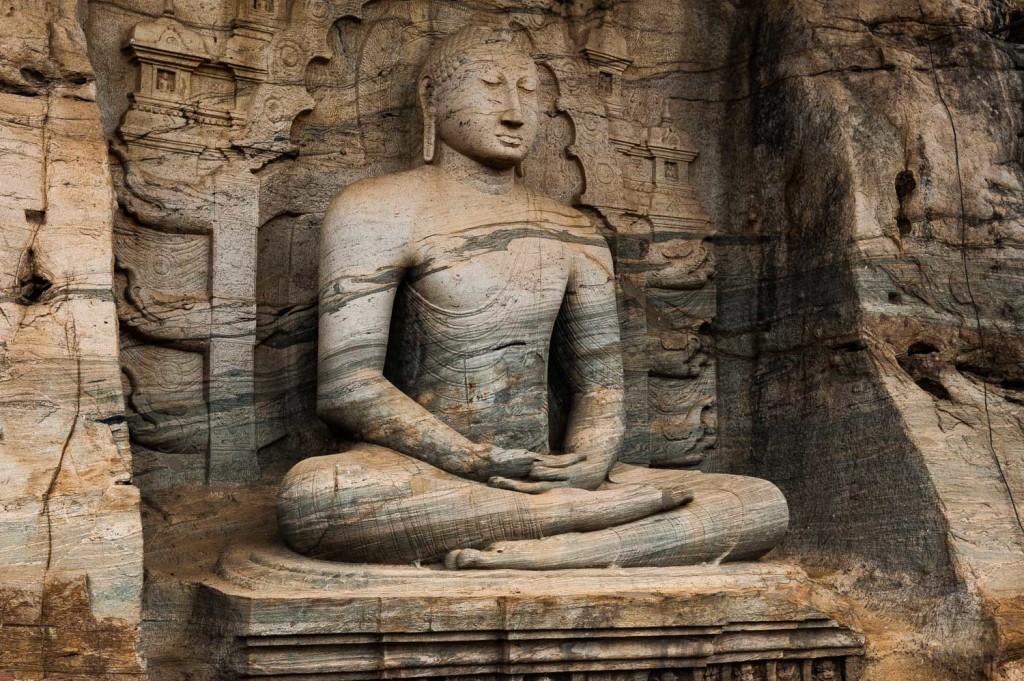 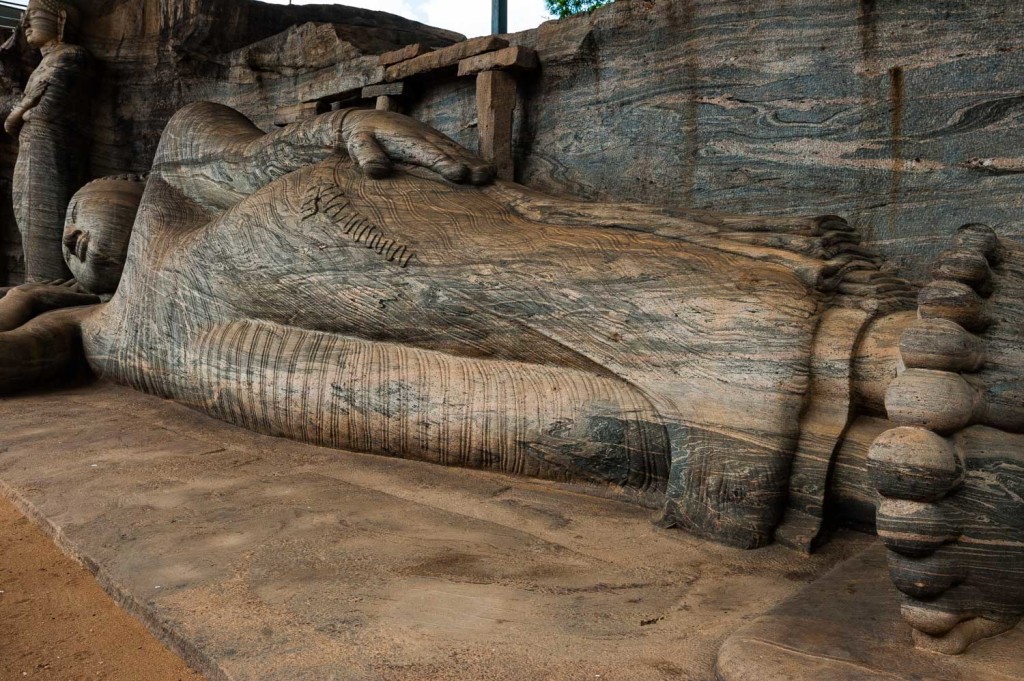 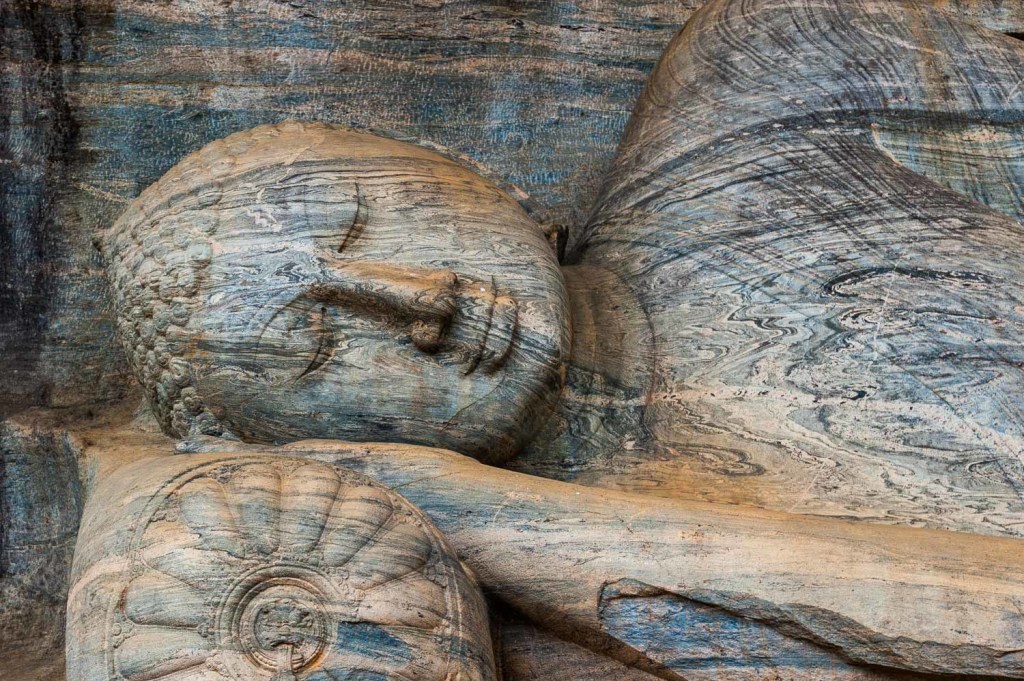