THE CHENNAKESAVA TEMPLE IN SOMANATHAPURA

a model of the Hoysala architecture in Karnataka • India 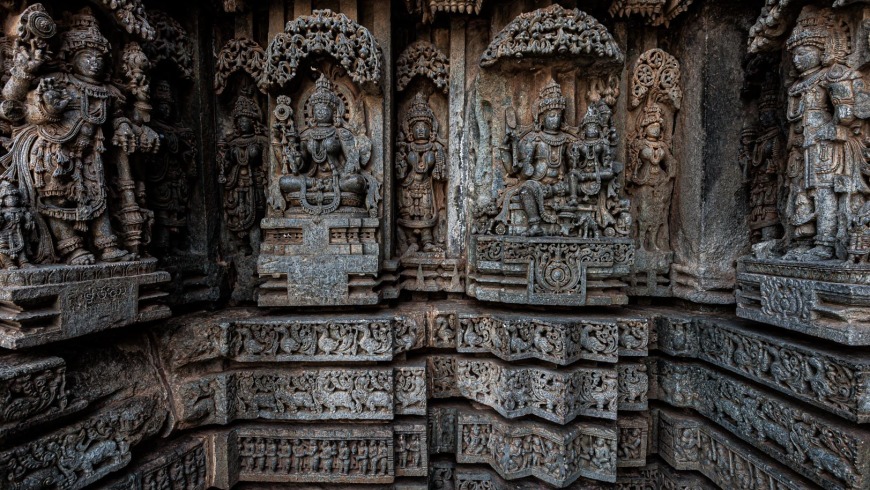 The Chennakesava Temple is a Vaishnava Hindu temple on the banks of River Kaveri at Somanathapura, 38 kilometres (24 mi) east of Mysuru city in Karnataka, India. It was consecrated in 1258 by Somanatha Dandanayaka, a general of the Hoysala King Narasimha III. The ornate building, a model illustration of the Hoysala architecture, is enclosed in a courtyard with a pillared corridor of small damaged shrines. The main temple in the center is on a high star-shaped platform with three symmetrical sanctums, set in a square matrix (89′ x 89′) oriented along the east–west and north–south axes. The outer walls, the inner walls, the pillars and the ceiling of the temple are intricately carved with theological iconography of Hinduism and display extensive friezes of Hindu texts such as the Ramayana (southern section), the Mahabharata (northern section) and the Bhagavata Purana (western section of the main temple).The outer wall of the main temple consists of parallel horizontal bands of artwork carved above the circumambulatory platform. It has three major section, the basement band, the wall band and the top band. The lowest band in the basement section is about 6 inches tall and shows a row of elephants mostly marching to the left in the clockwise direction the devotee is expected to walk. The band above the elephants is of horses with armed riders, depicting a military march. In some spots, camels substitute for horses suggesting that the Hoysala had adopted camels into their army. Some spots also show battle scene with horses. In various places, the artists added humor by placing dwarfs and monkeys supporting the front raised leg of the horses.The band above the horsemen friezes is a scroll of nature. It shows flowers, fruits, occasionally some peacocks and wildlife. The band above it is the mythology frieze. It is about 7 inches tall, around 2.5 feet above the platform, and it depicts the legends and spiritual stories found in the Ramayana (up to face 5), the Puranas particularly the Bhagavata Purana (from face 6 to 11) and lastly the Mahabharata. Numerous are the panels around the temple that tell various Hindu fables and stories. 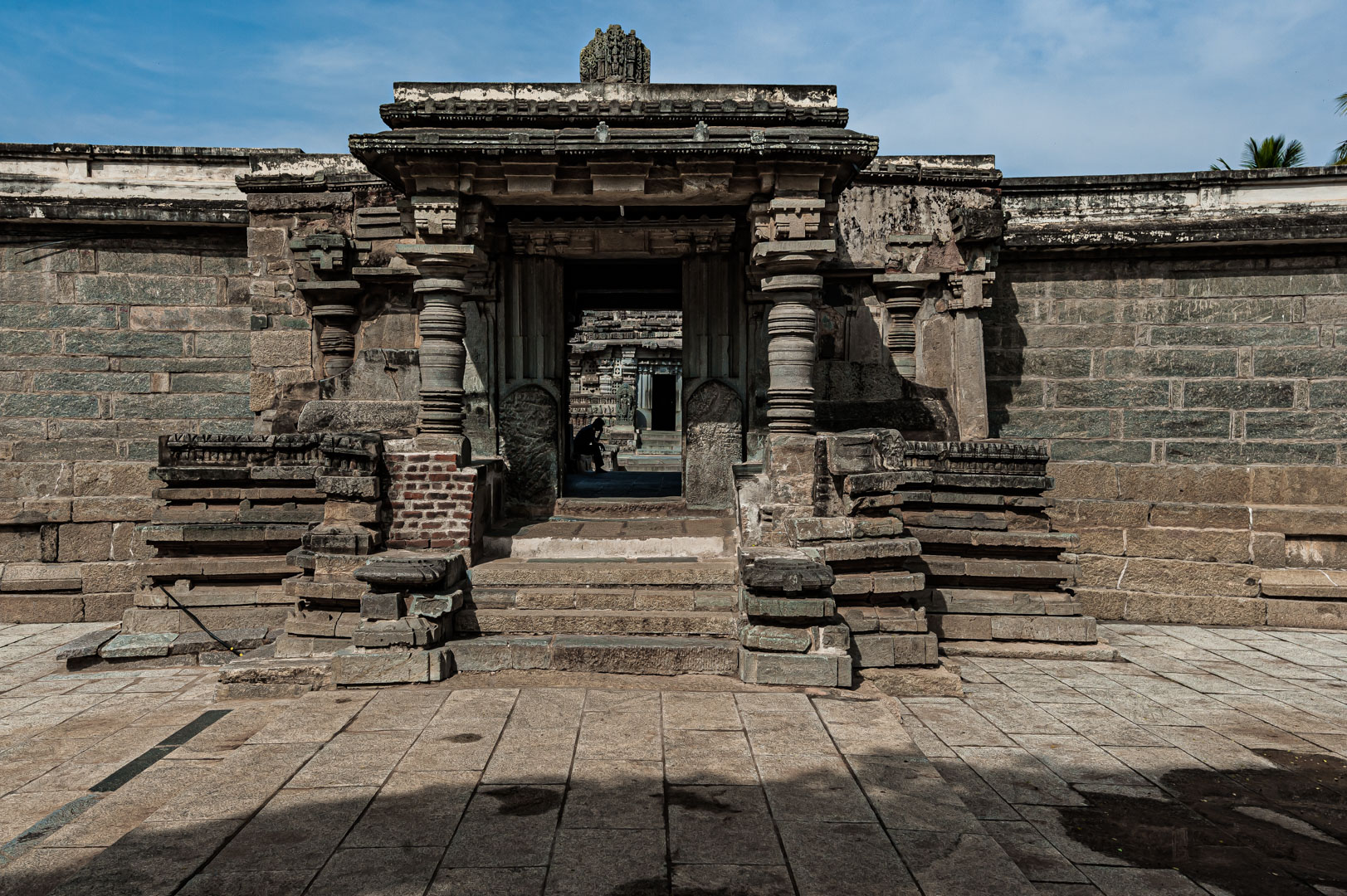 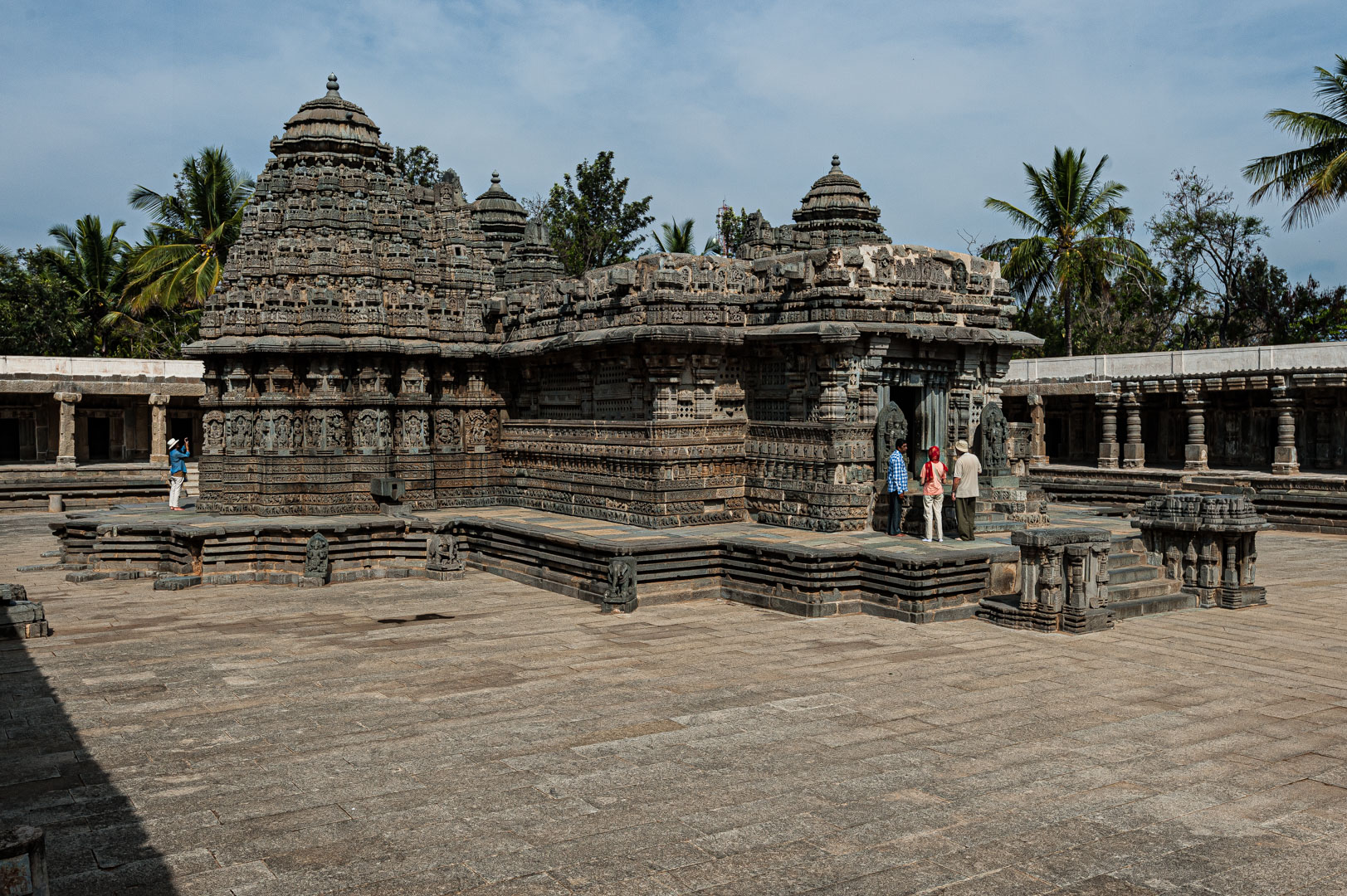 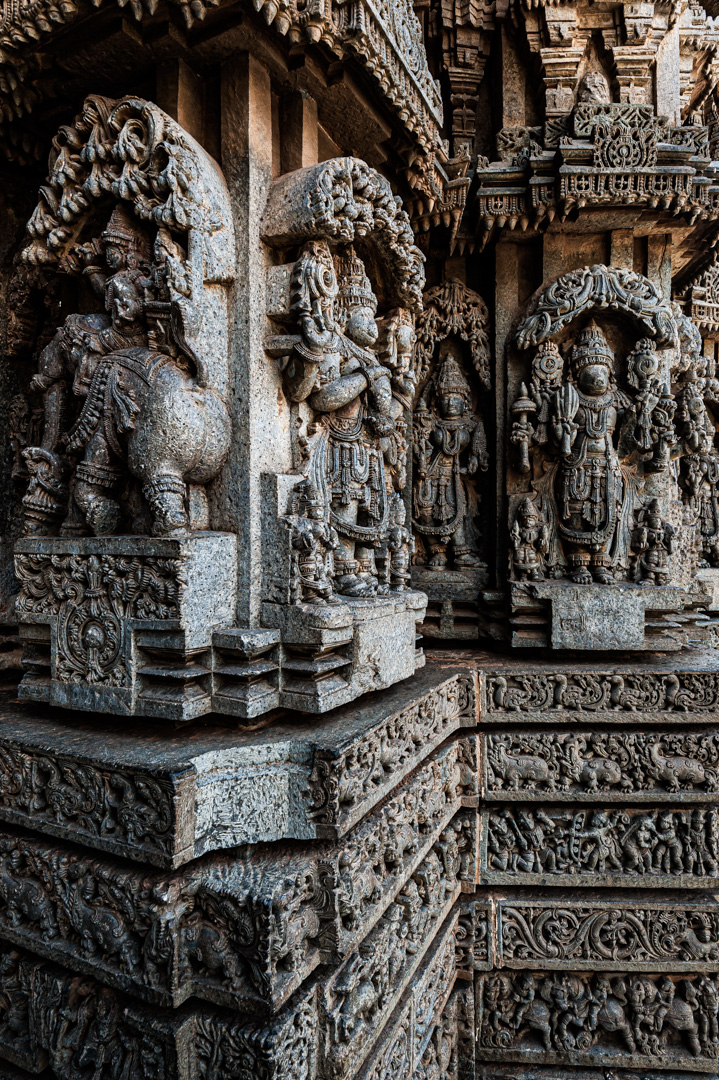 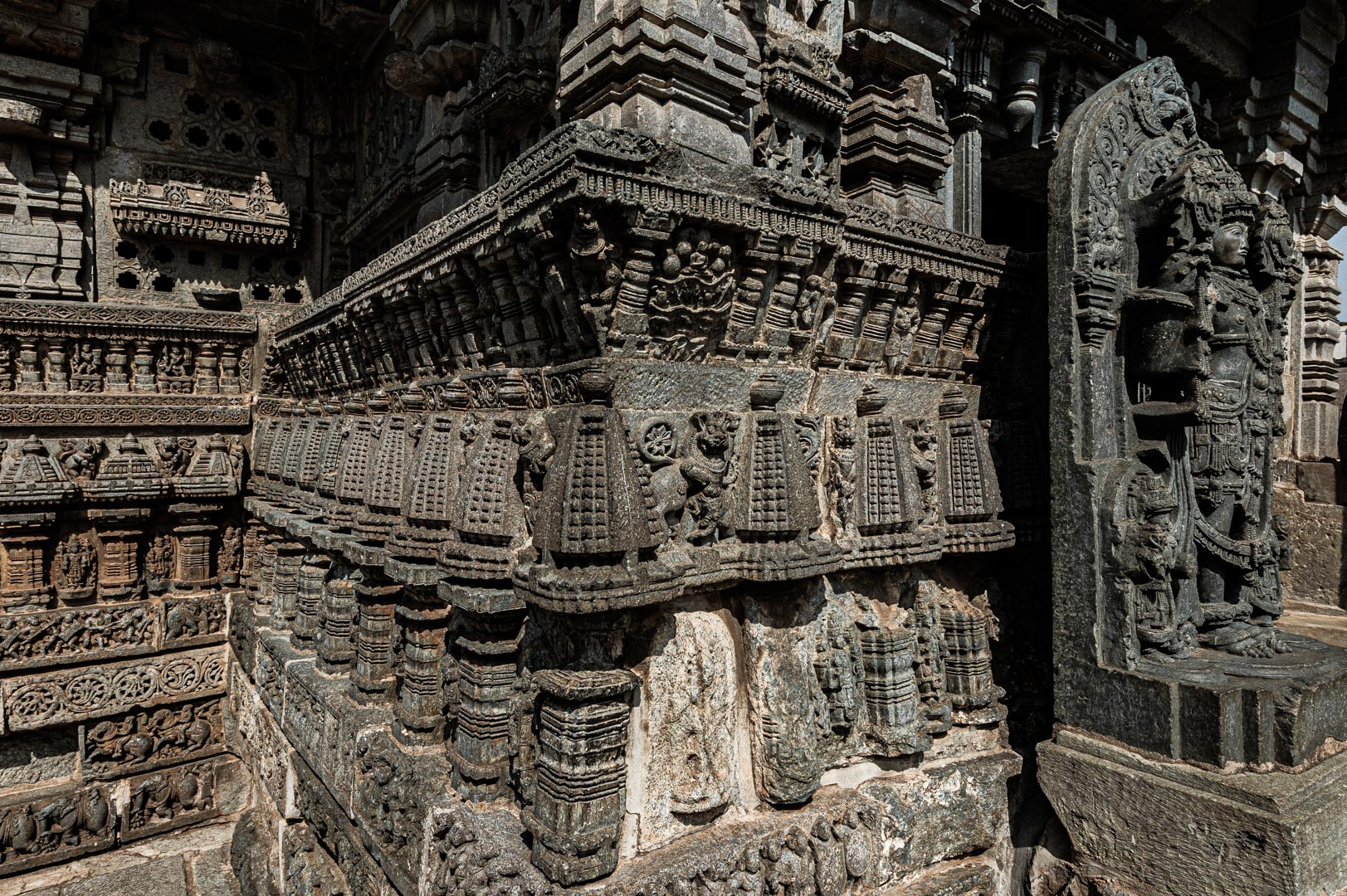 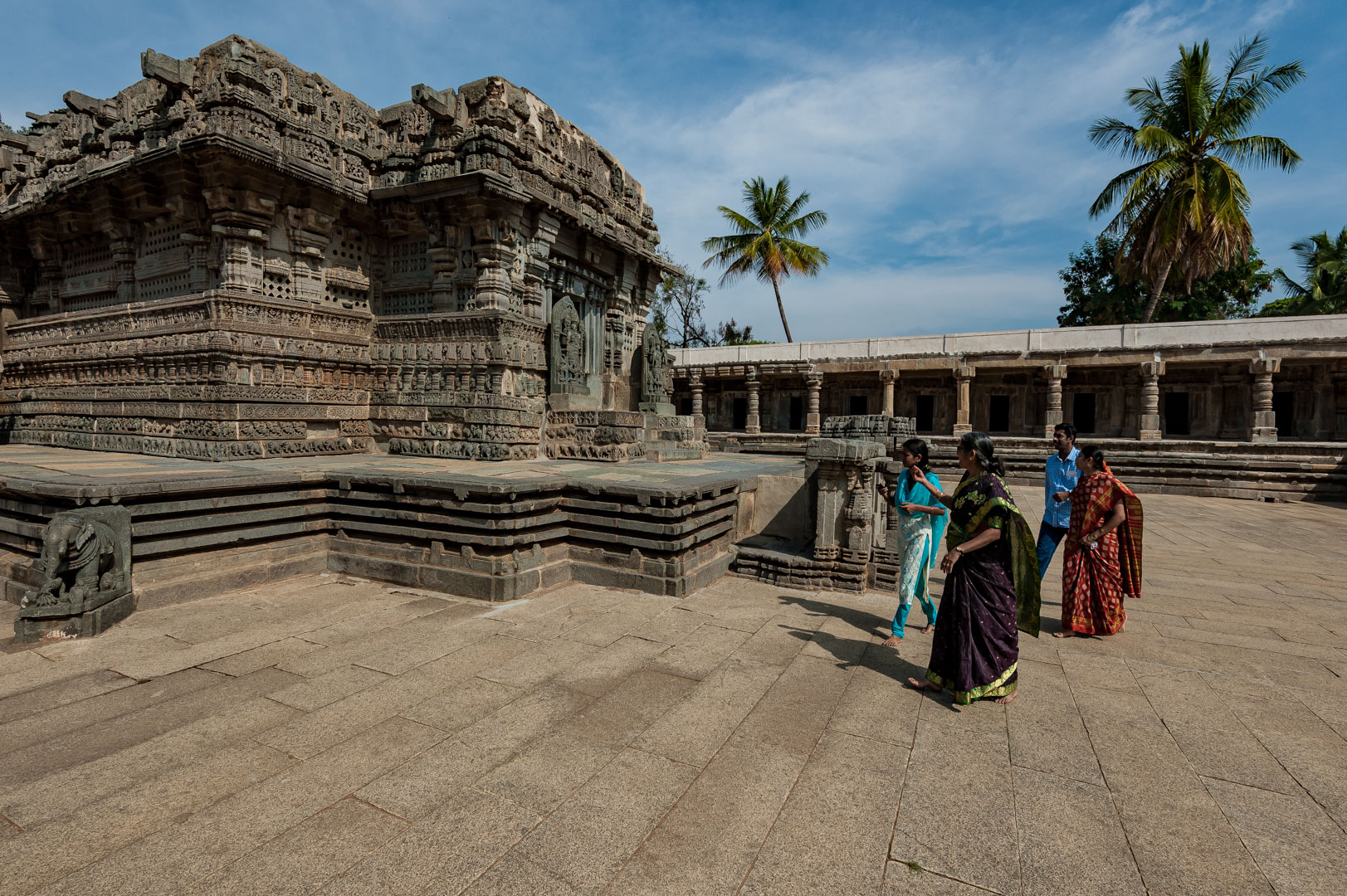 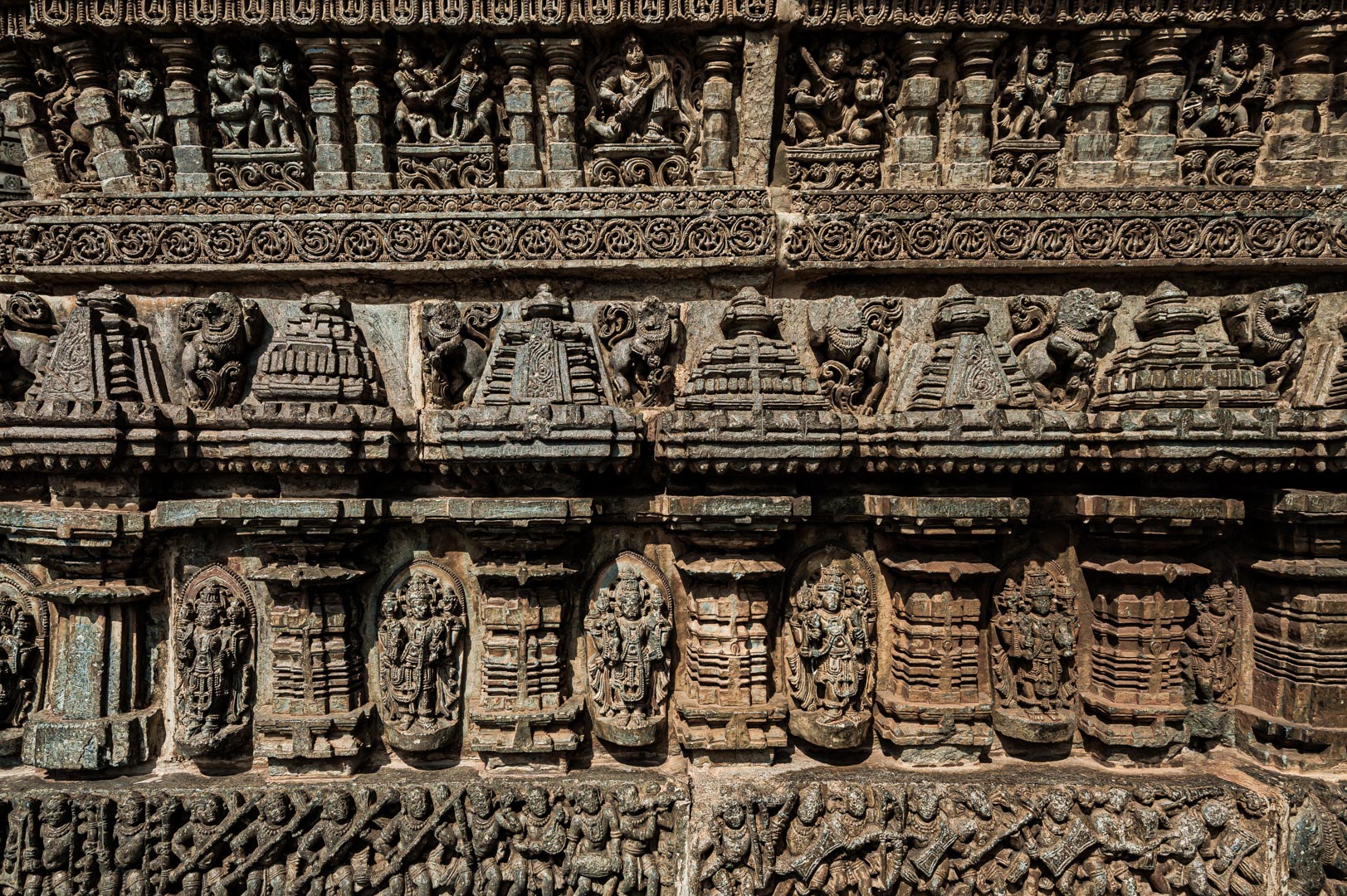 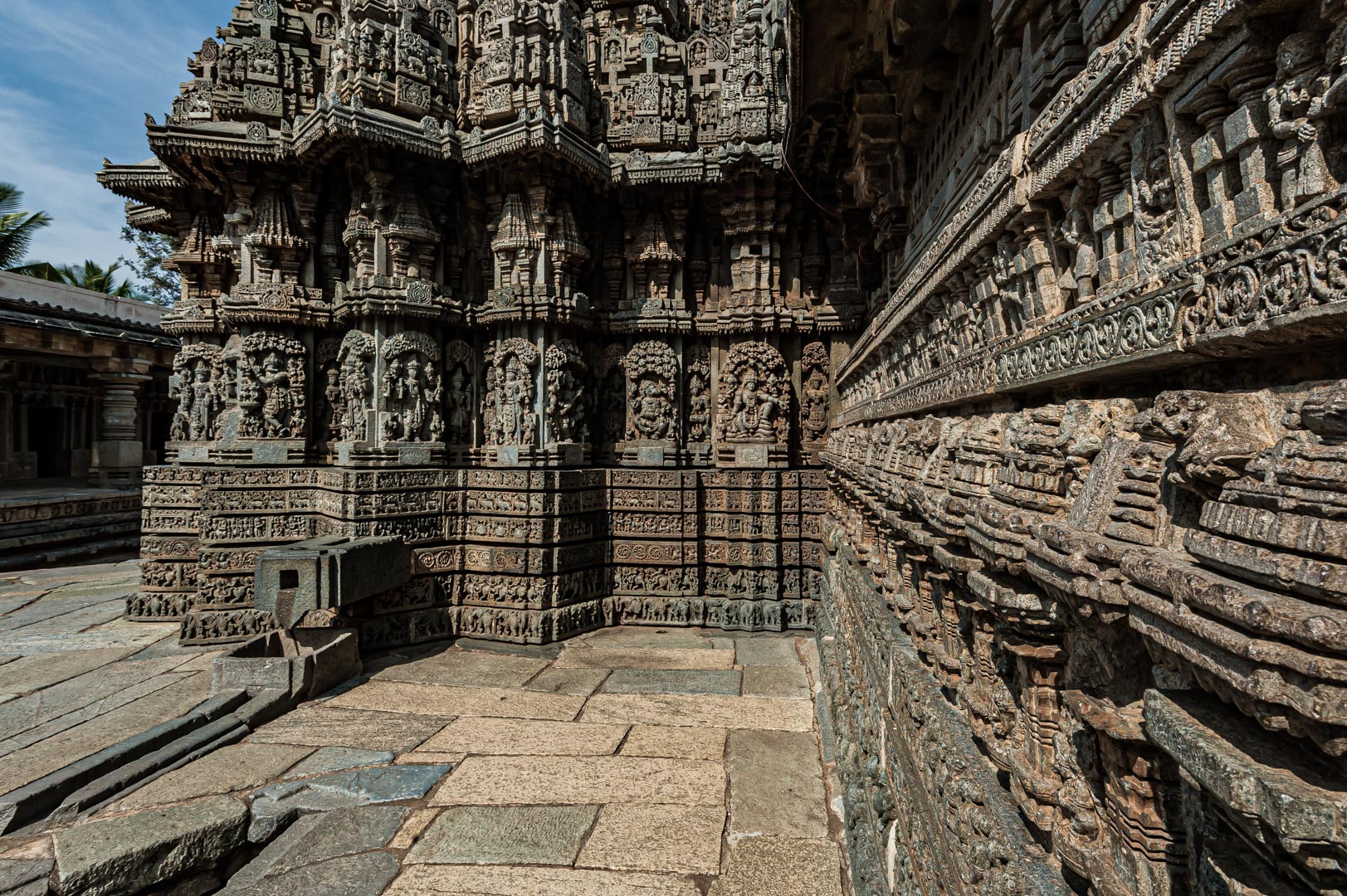 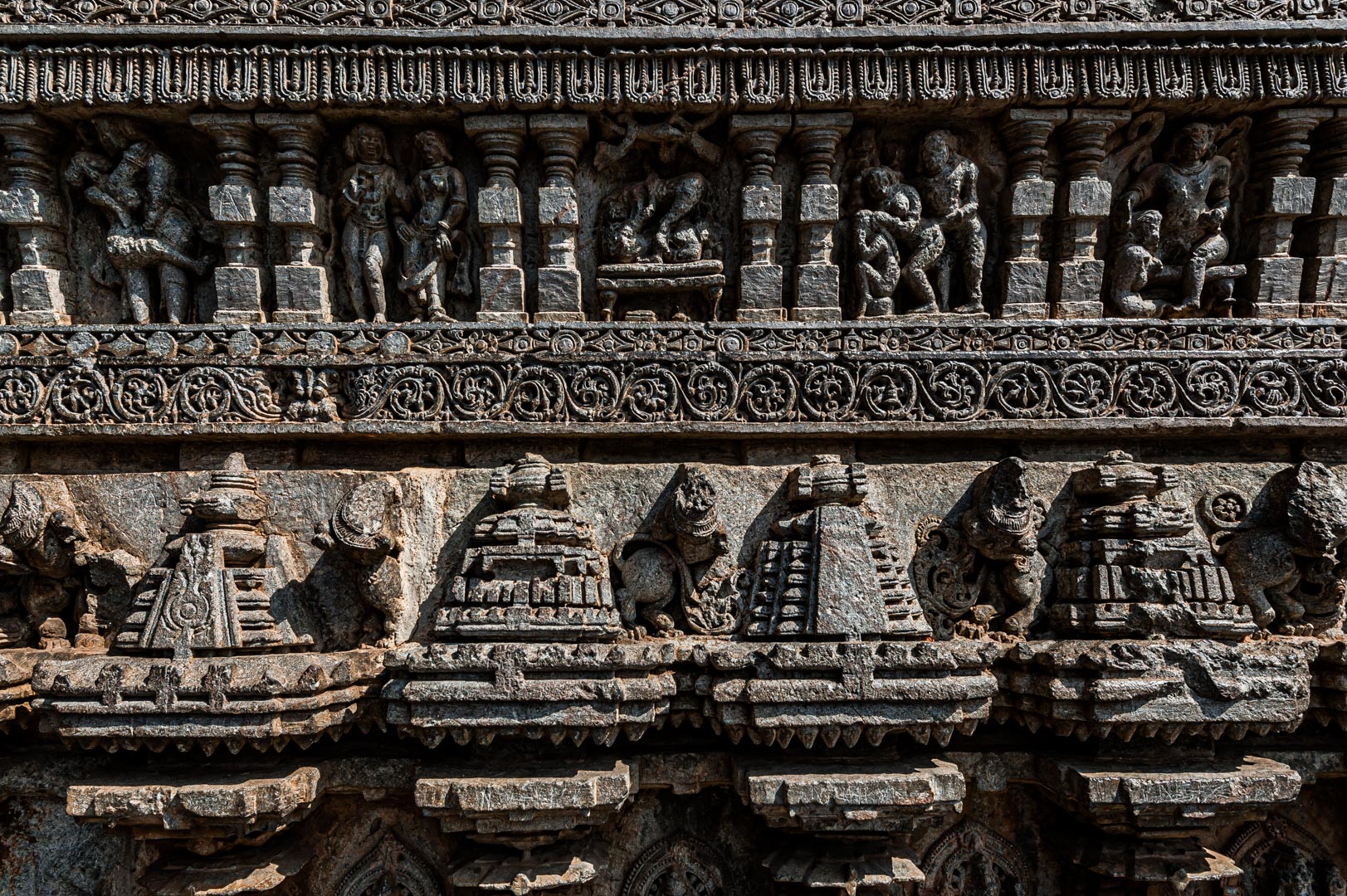 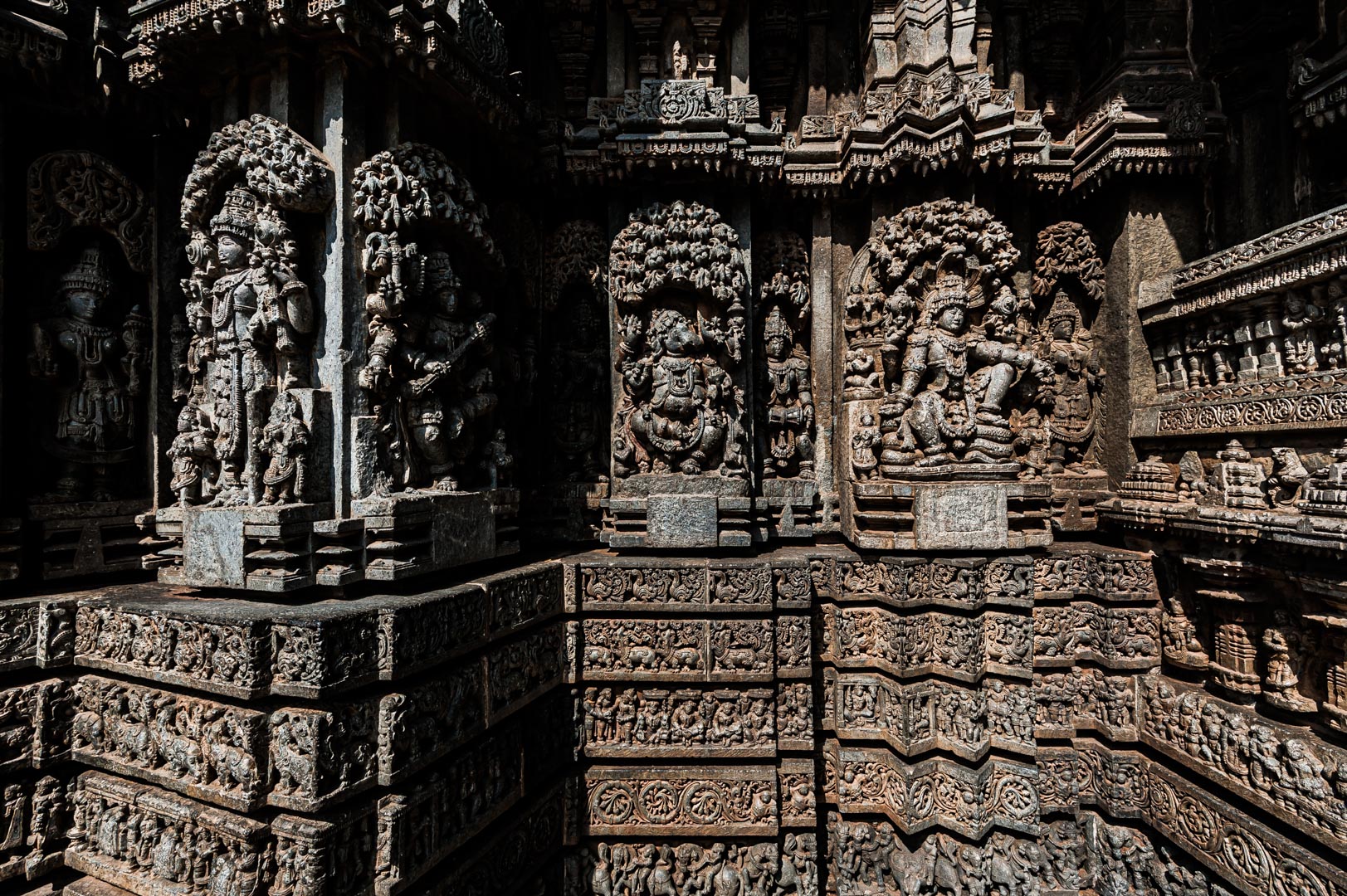 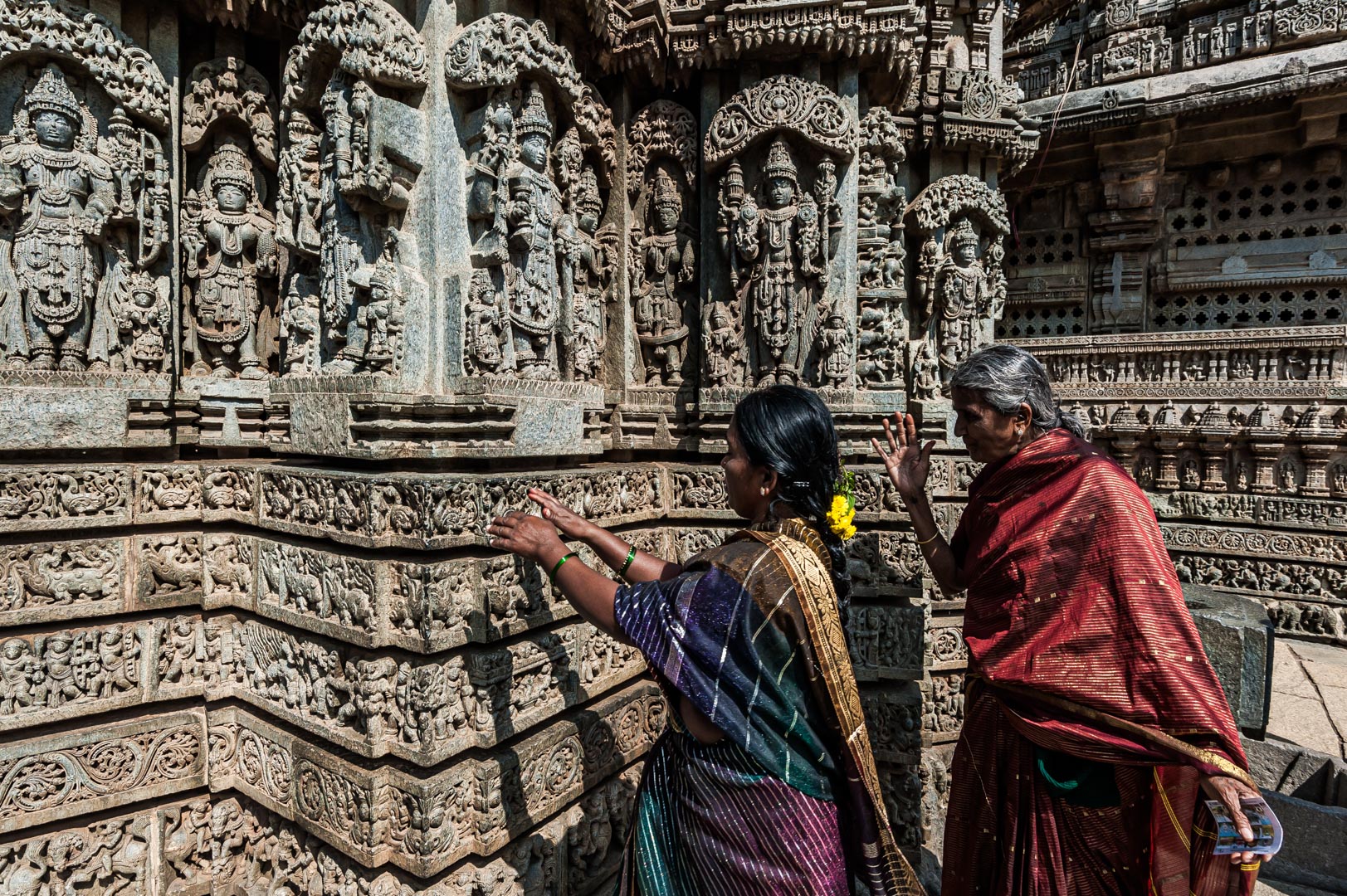 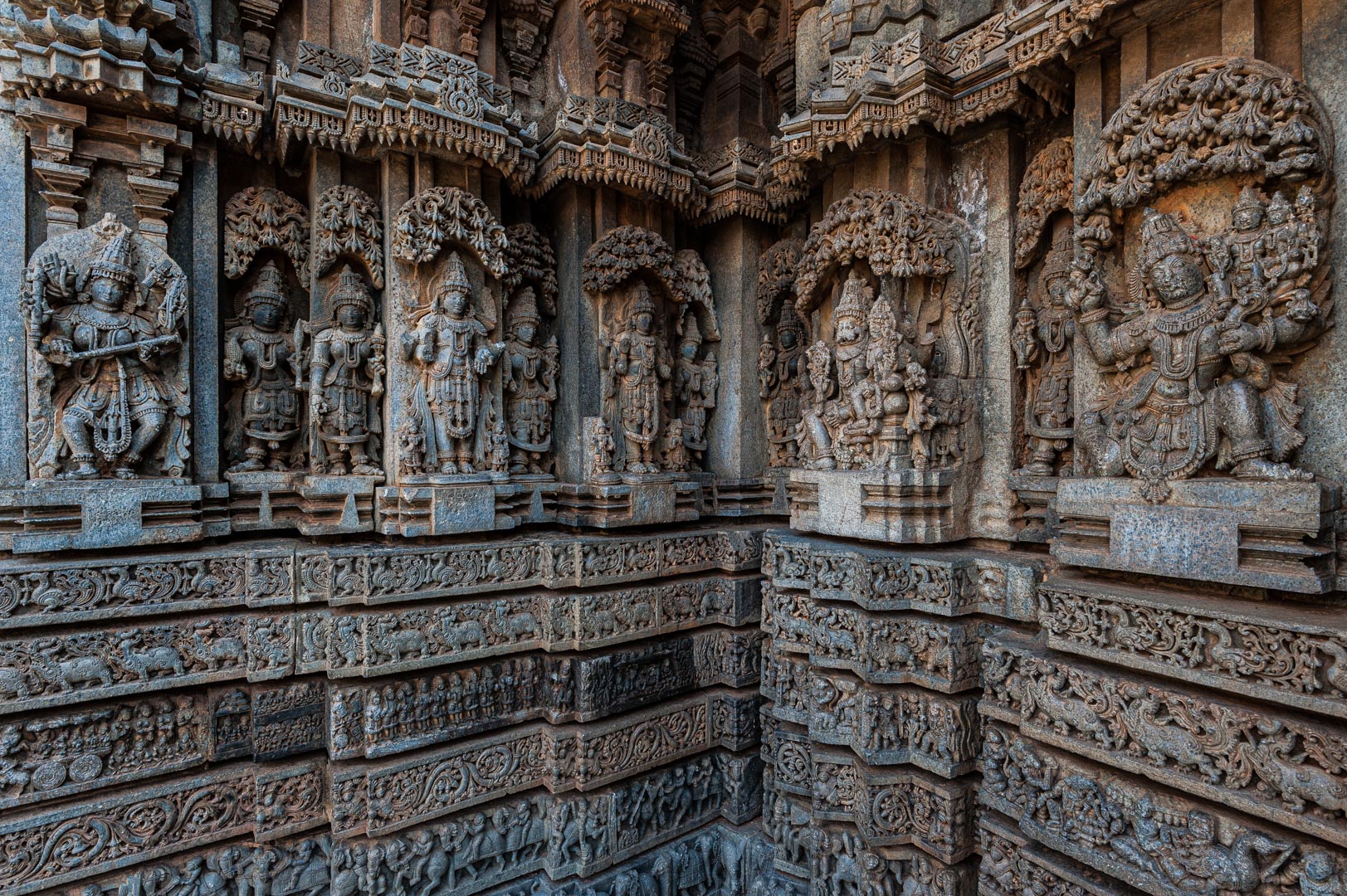 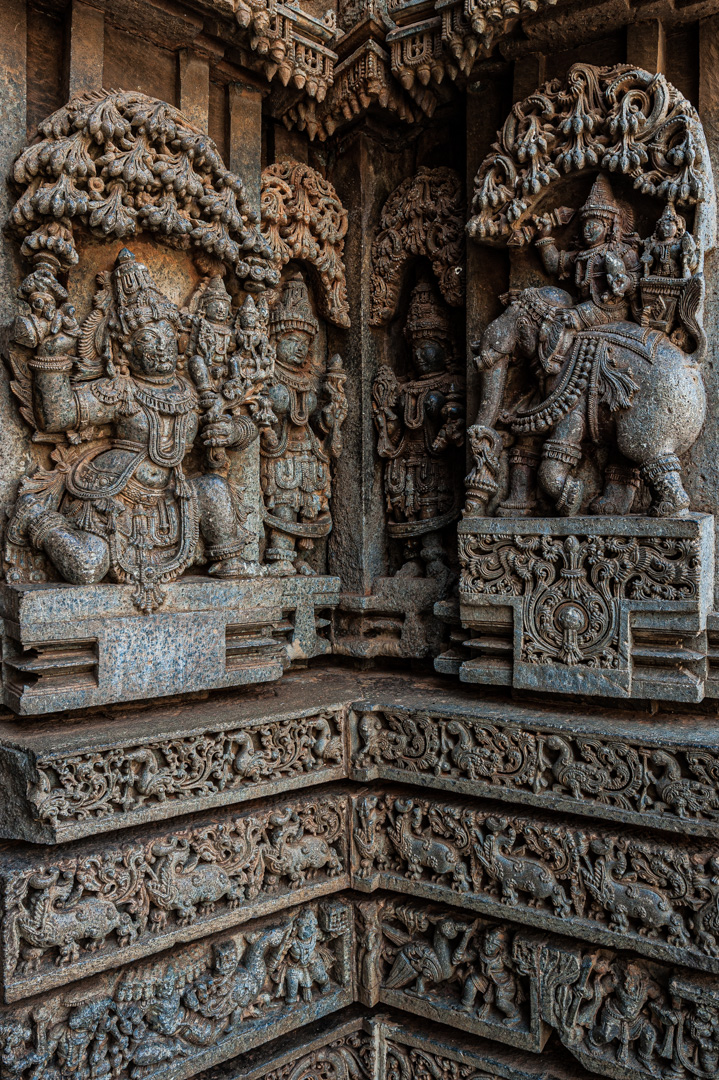 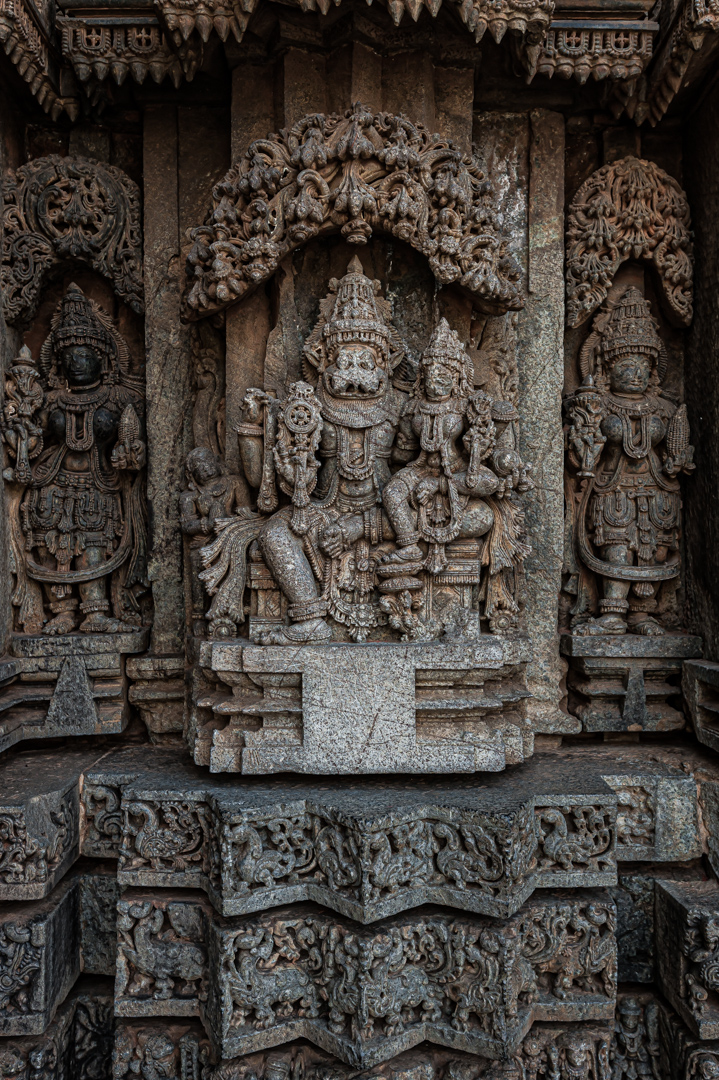 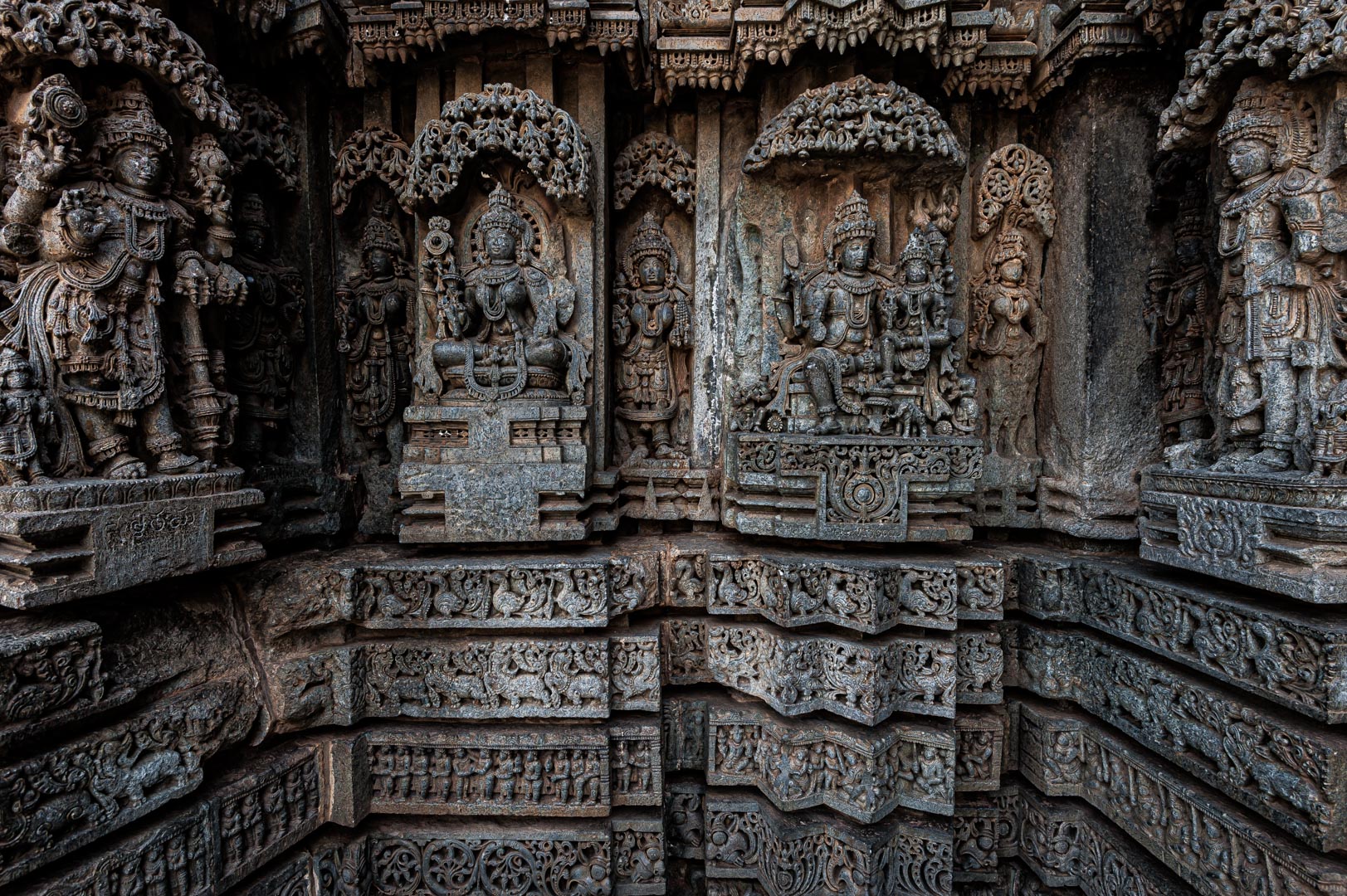 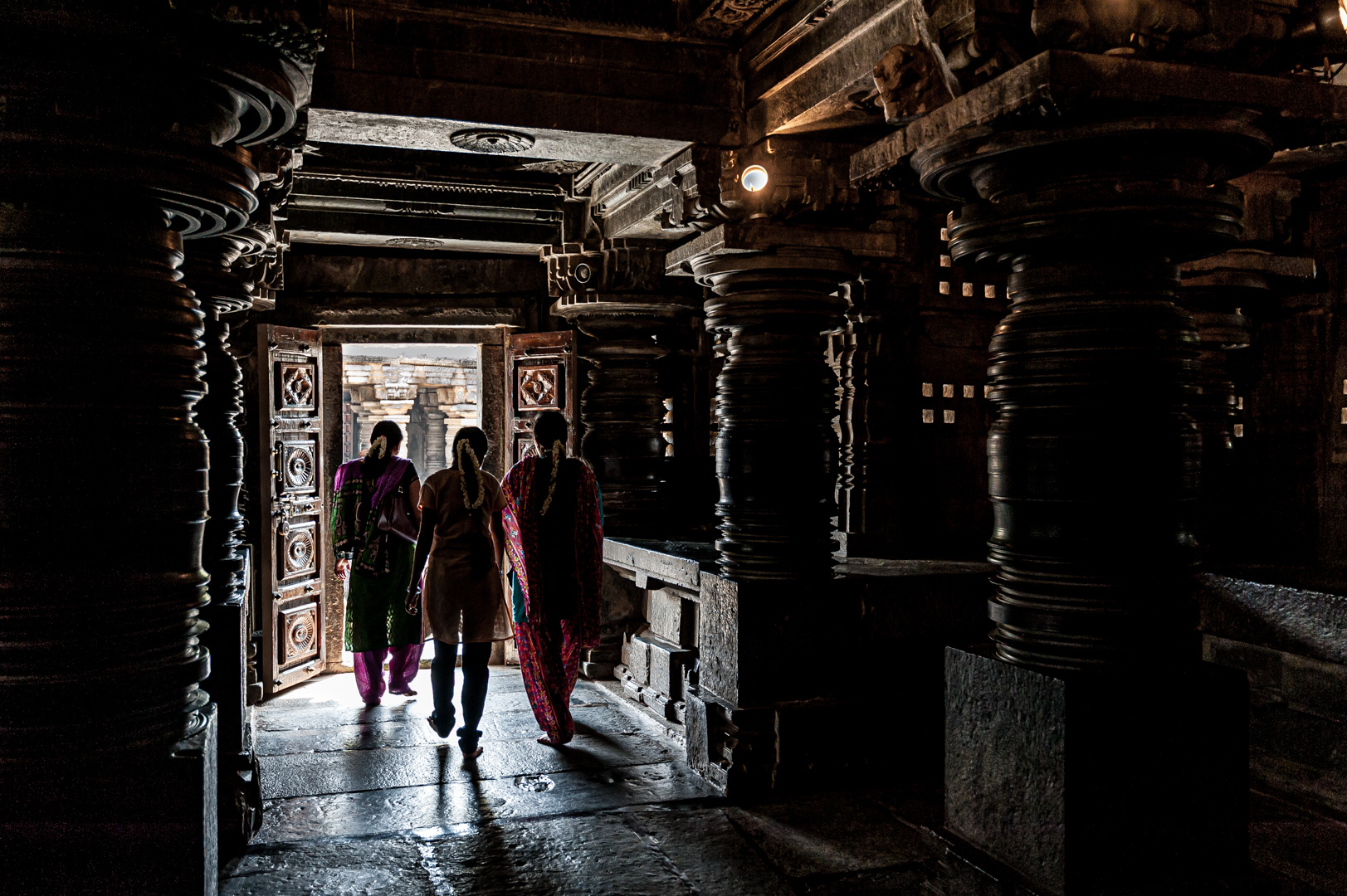 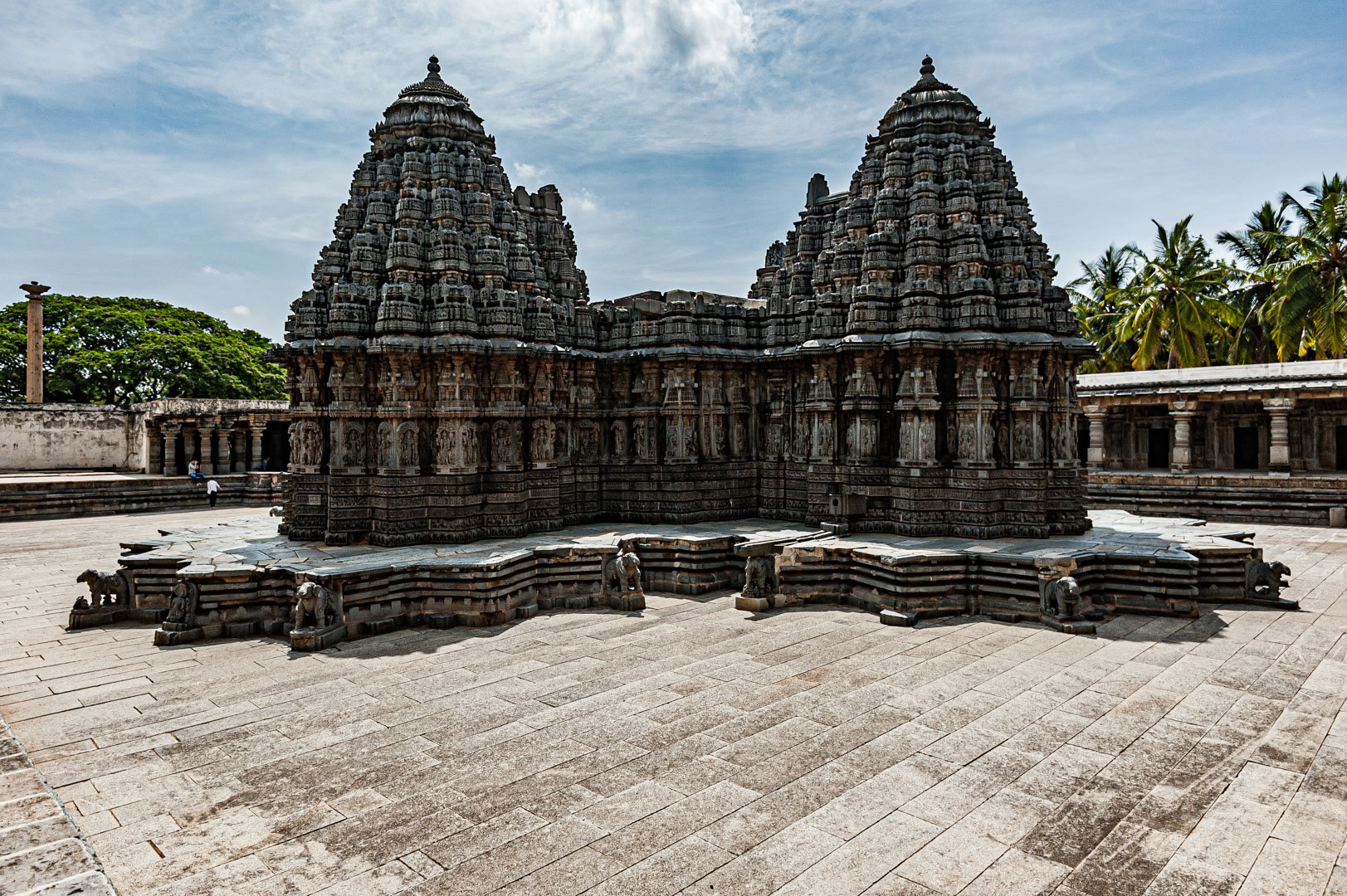 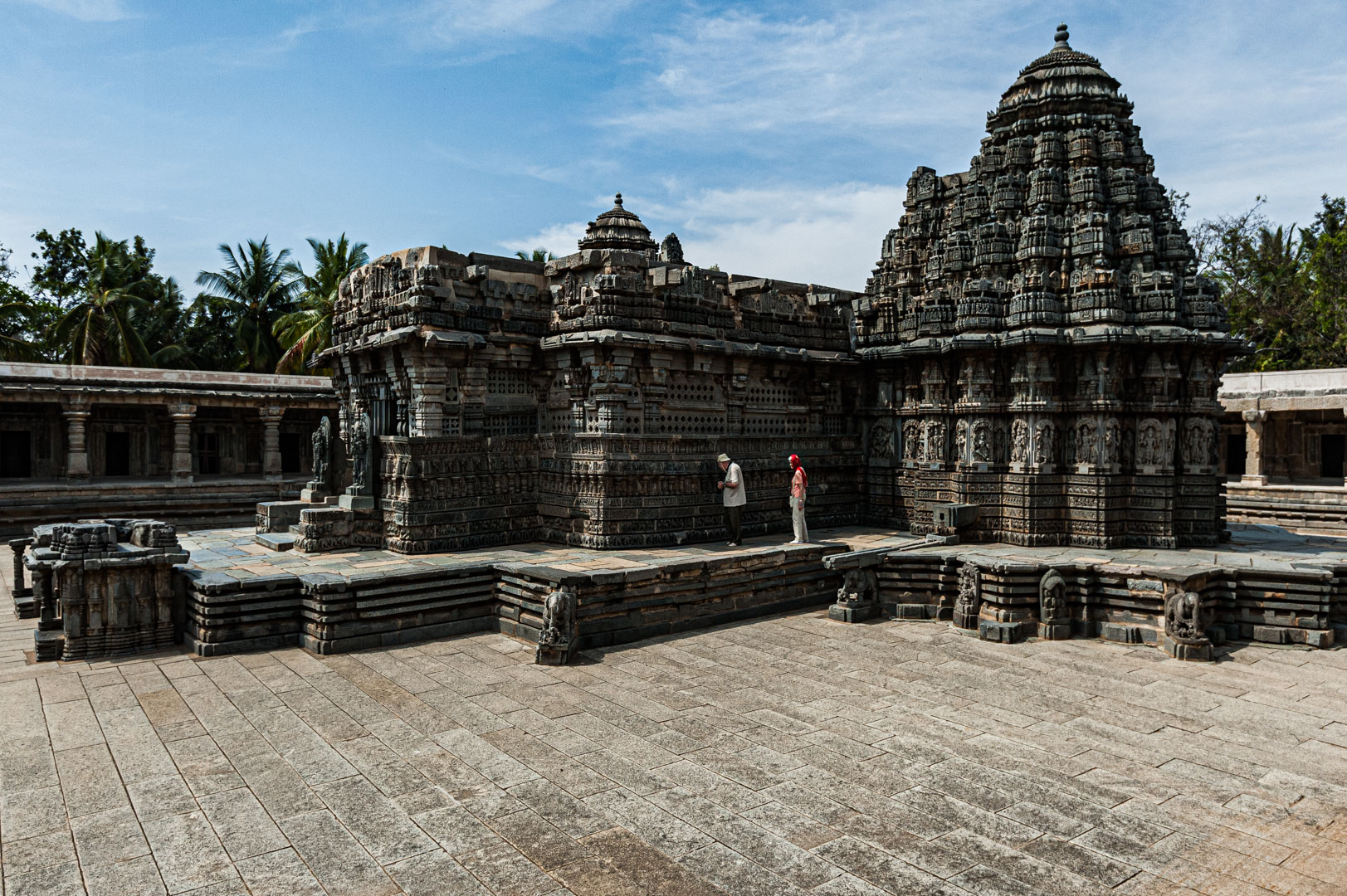 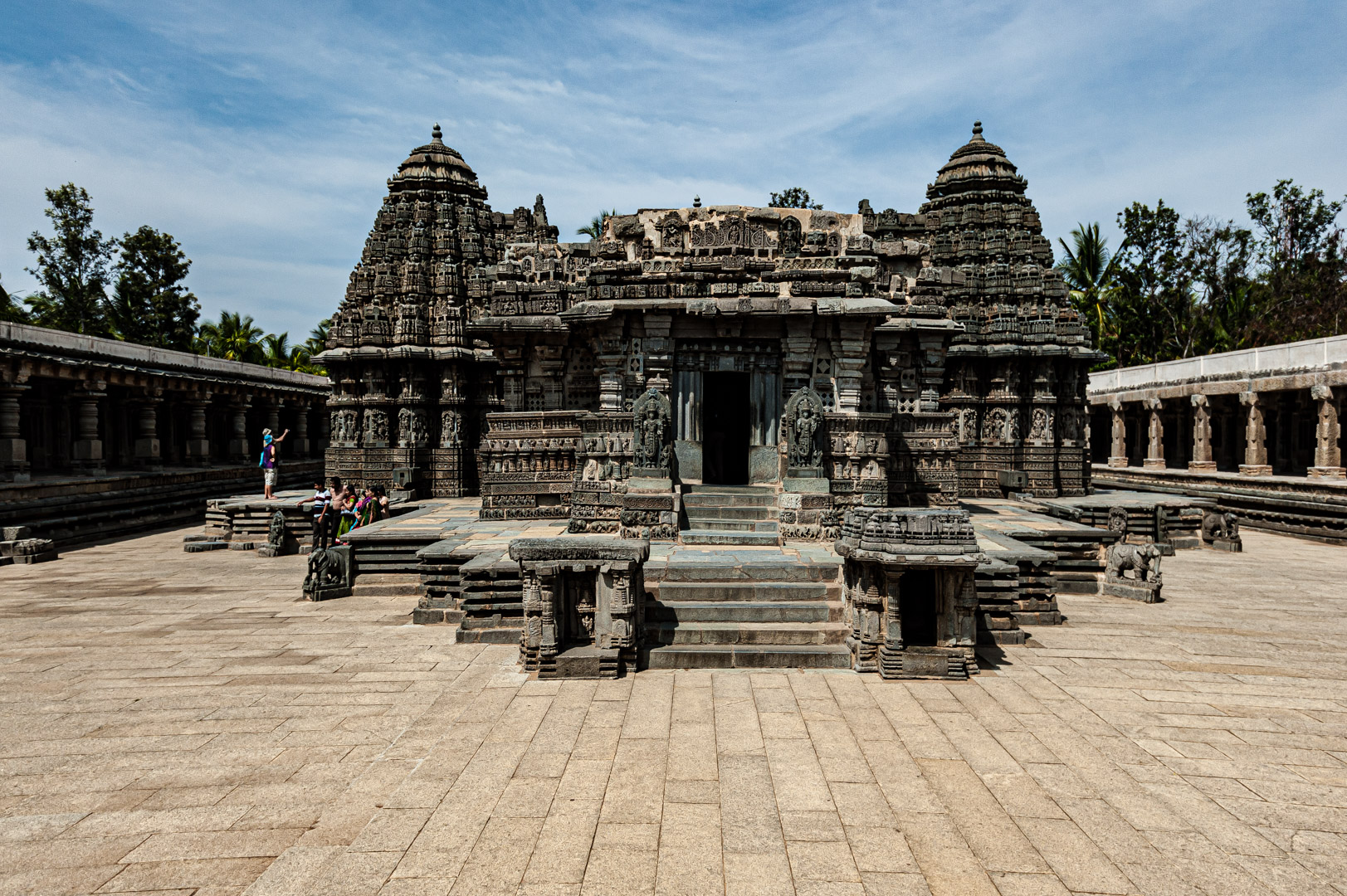