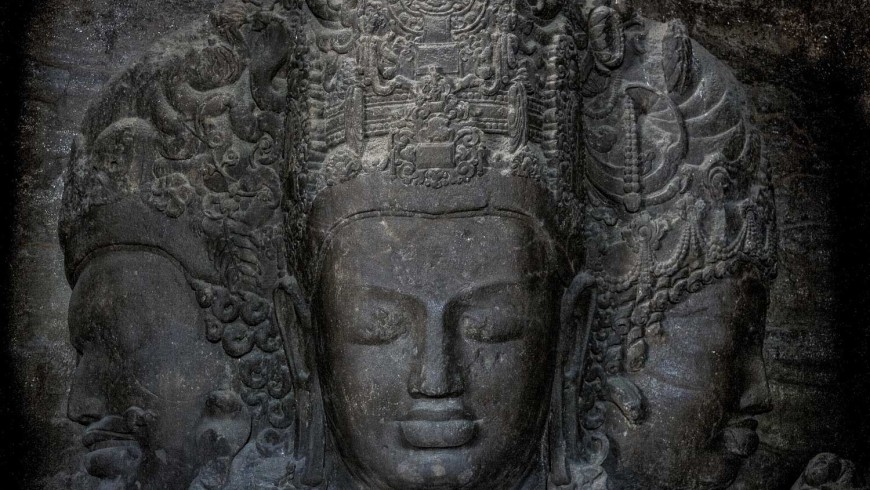 The Elephanta Caves, Gharapuri in the local language, are located on the island of the same name, about eight miles east of the Mumbai harbor, in the state of Maharashtra, India. They were so named by Portuguese colonizers in 1534 – when they settled on the island and imposed the prohibition of practicing the original cults – due to the enormous sculpture with the forms of a pachyderm that dominated the place, and which is now a guest at the city’s zoo.

On the island there are seven caves, five of Hindu devotion and two Buddhist ones. They can be dated to between the 5th and the 7th century. They were dug into a very hard basaltic rock and, originally, they were all painted.

The most impressive, the Great Cave, has a square plan with sides of 27 meters. It is dedicated to Shiva, in various depictions: Nataraja (the Lord of Dance), Yogishvara (The Lord of Yoga), Shiva Trimurti (with three faces), Ardhanarisvara (half Man and half Woman). There is no lack of representations of episodes from Hindu mythology: the Kalyanasundaram (the marriage of Shiva with the goddess Parvati), the Andhakasuravadamurti (the killing of the demon Andhaka), Shiva and Parvati on Mount Kailash, and Ravananugraha (the demon-king Rāvaṇa who is shaking Mount Kailash). The statues are almost five meters high.

The devotional complex has been listed among the UNESCO heritage sites since 1987. 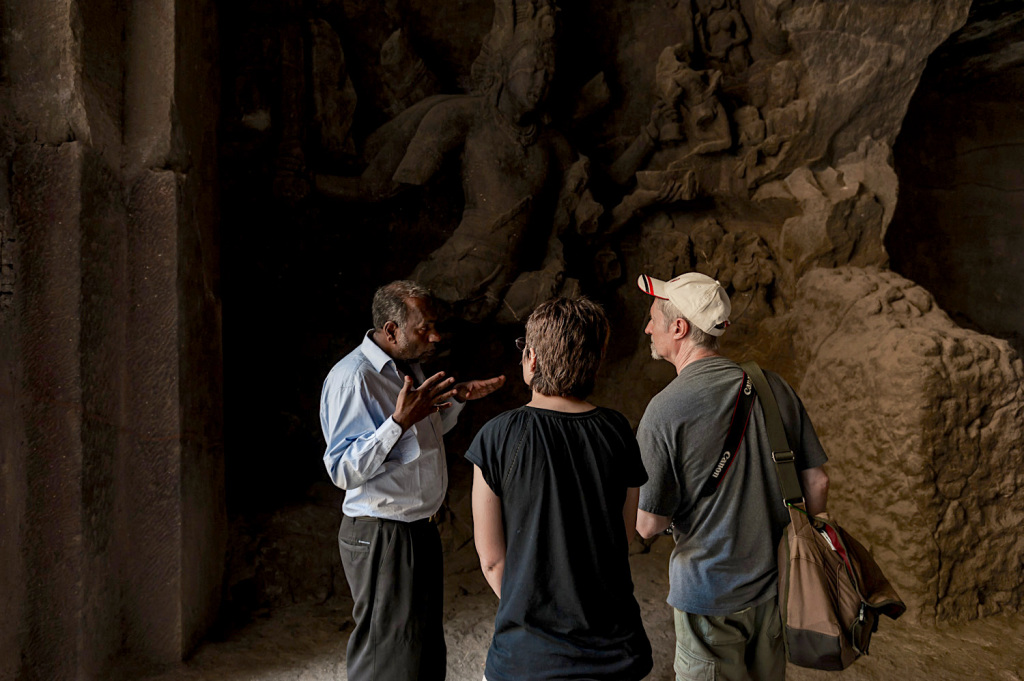 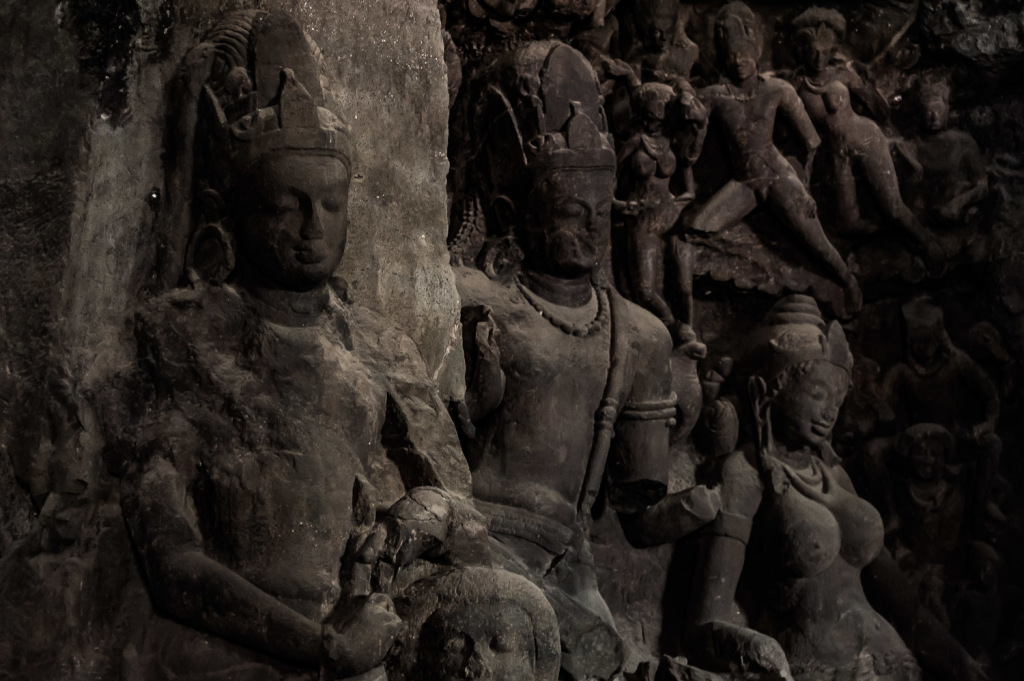 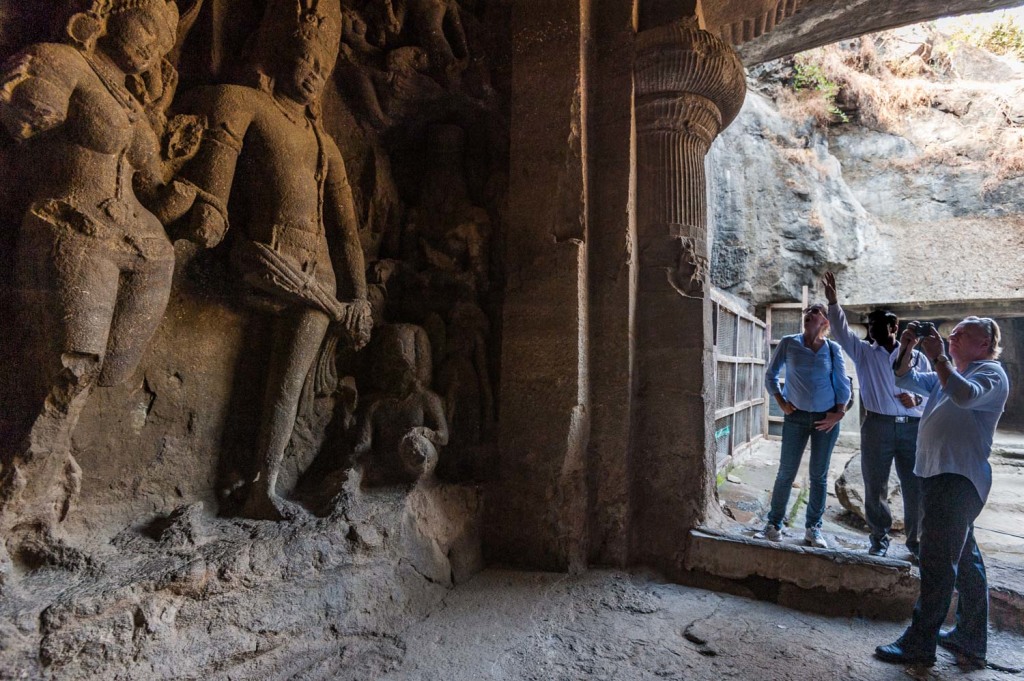 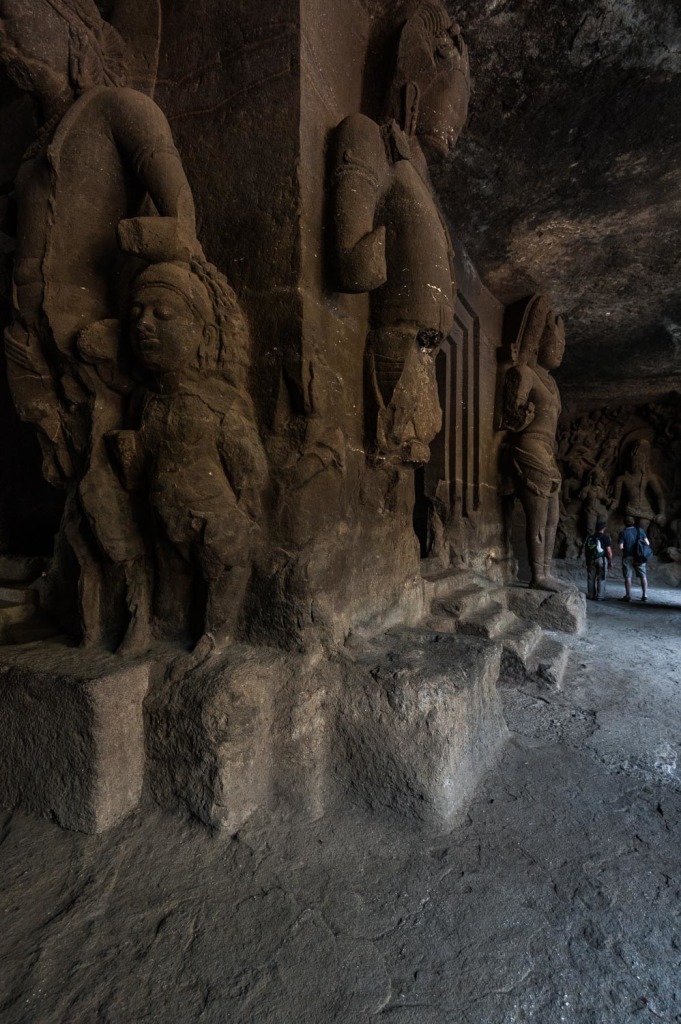 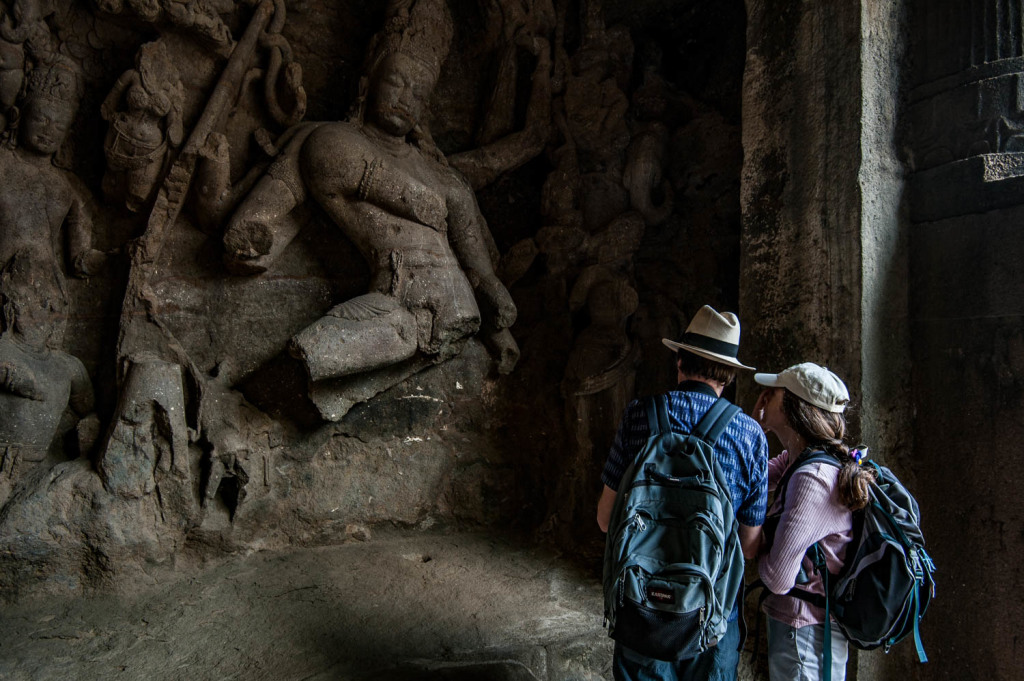 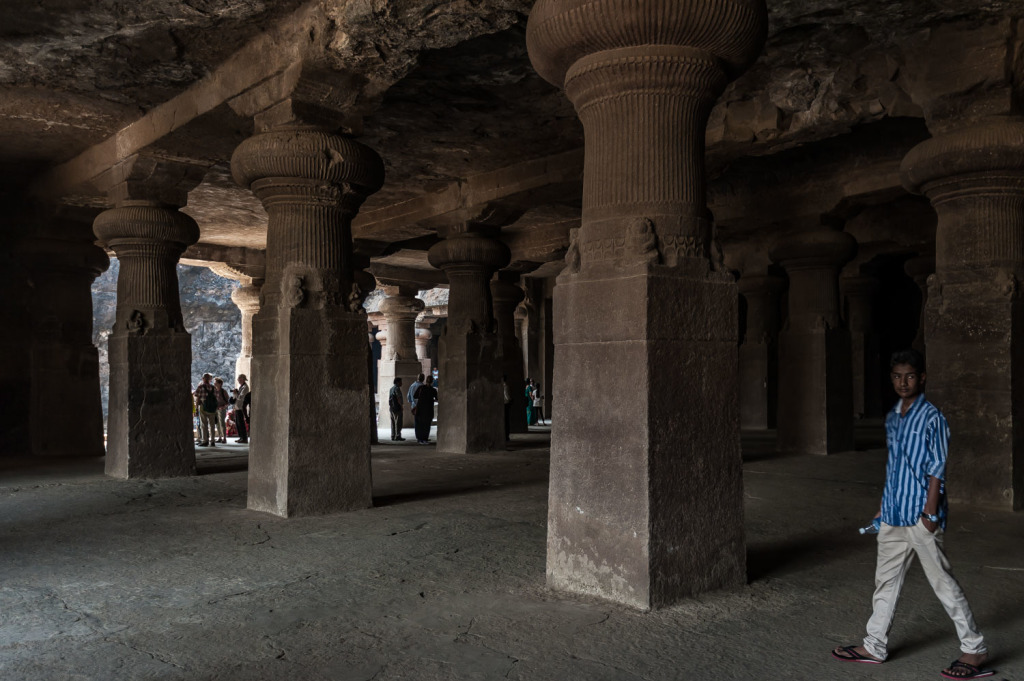 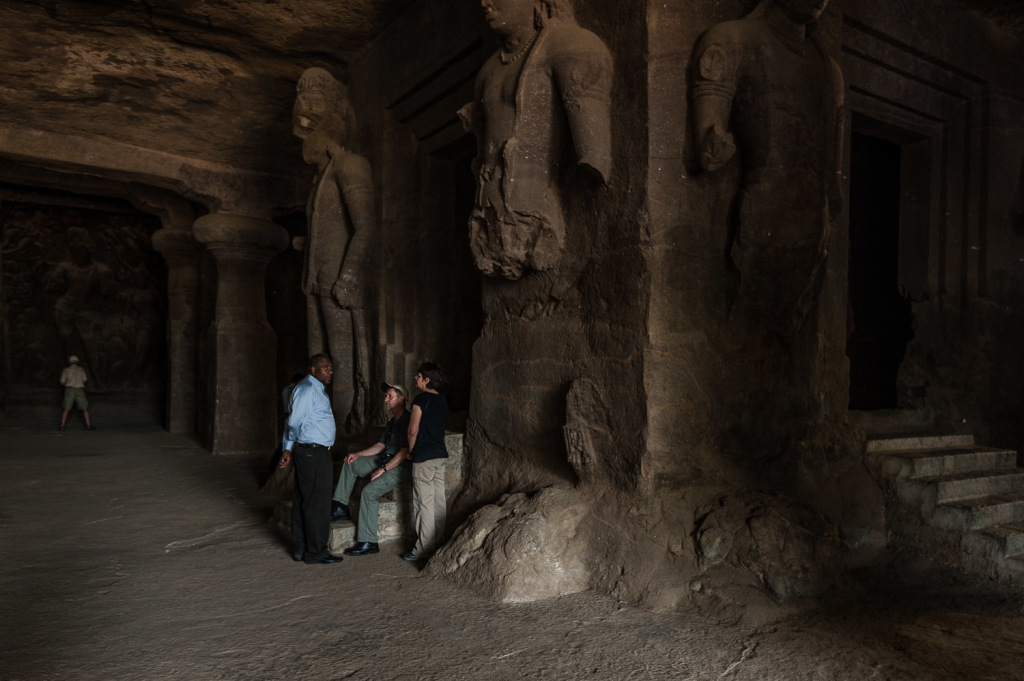 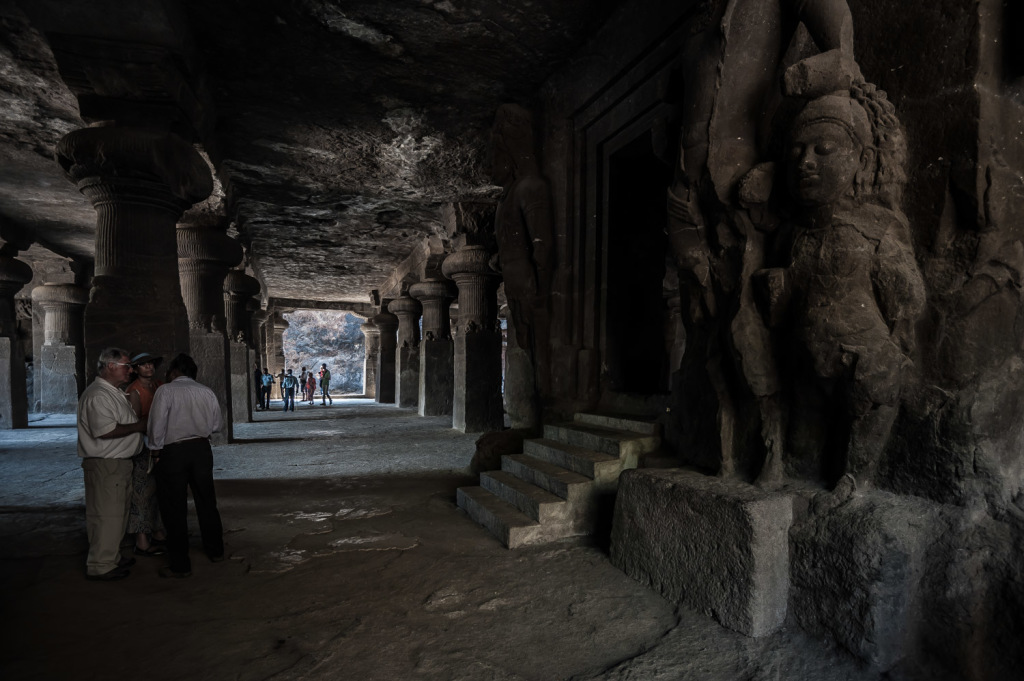 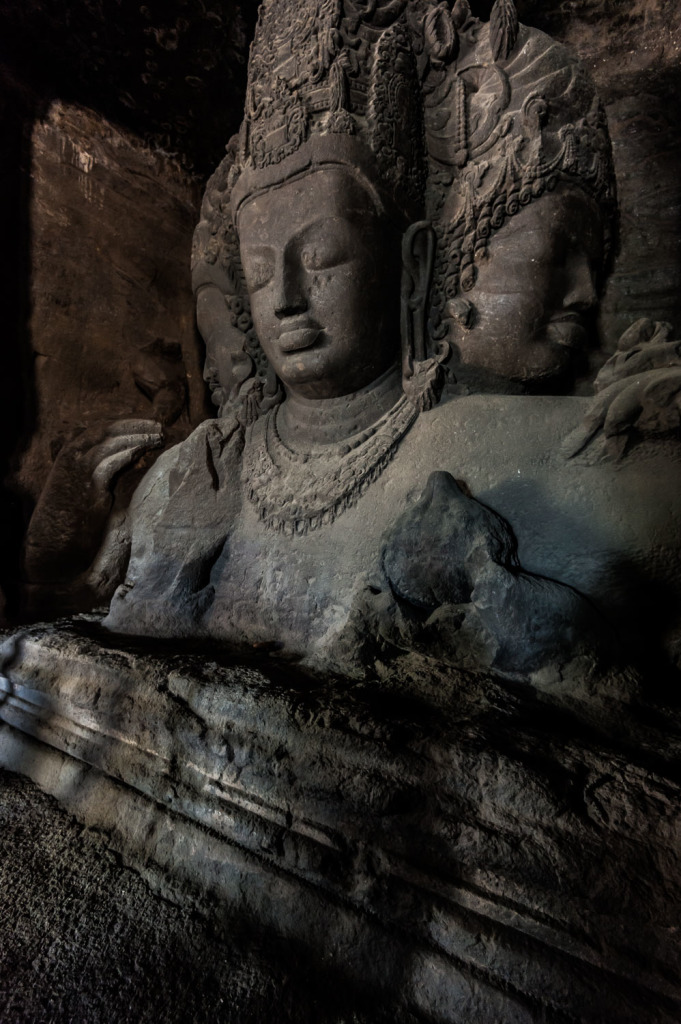 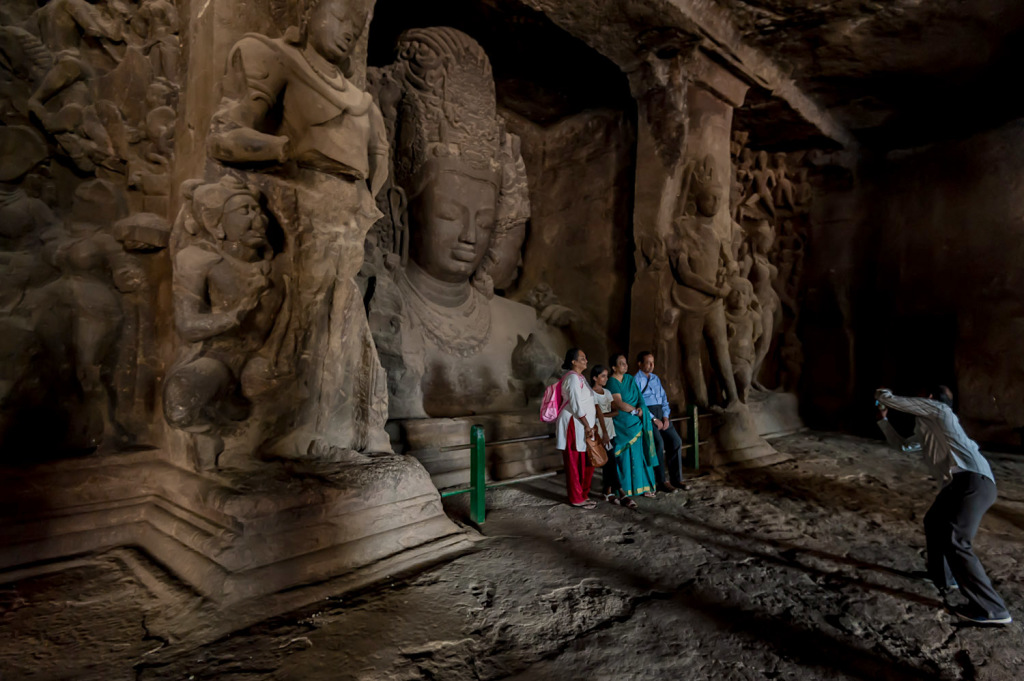 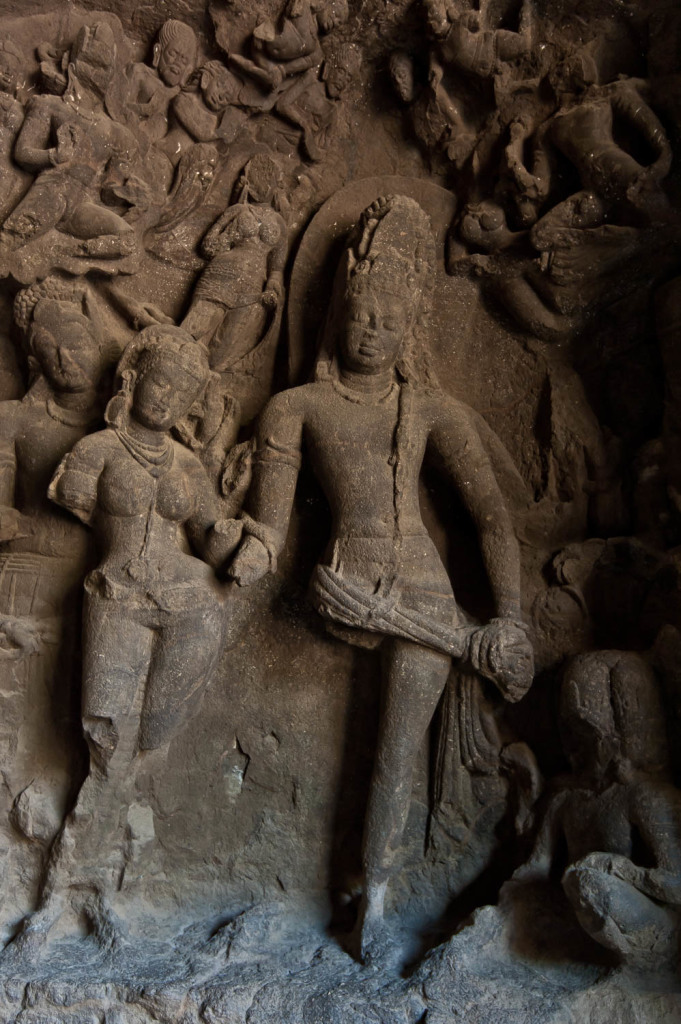 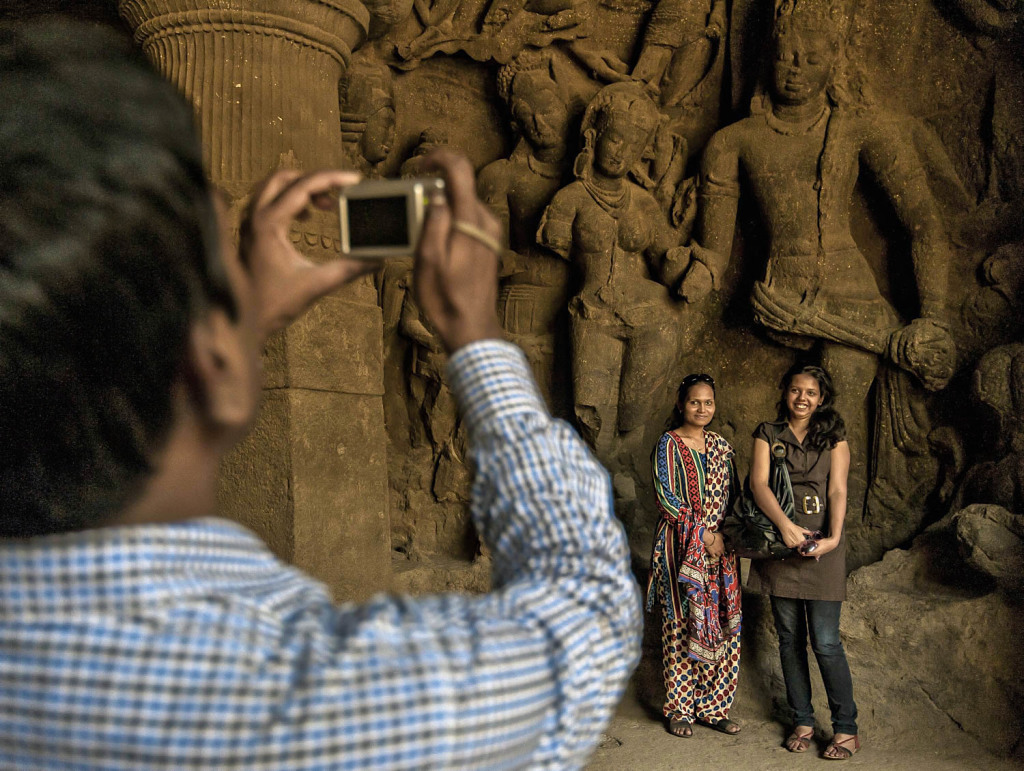 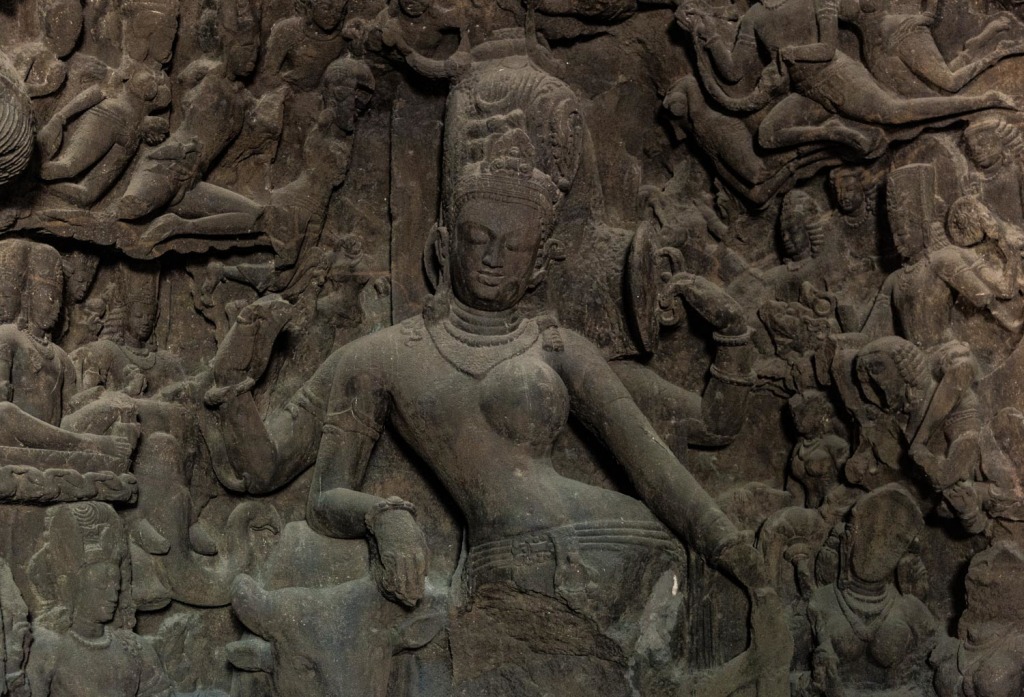 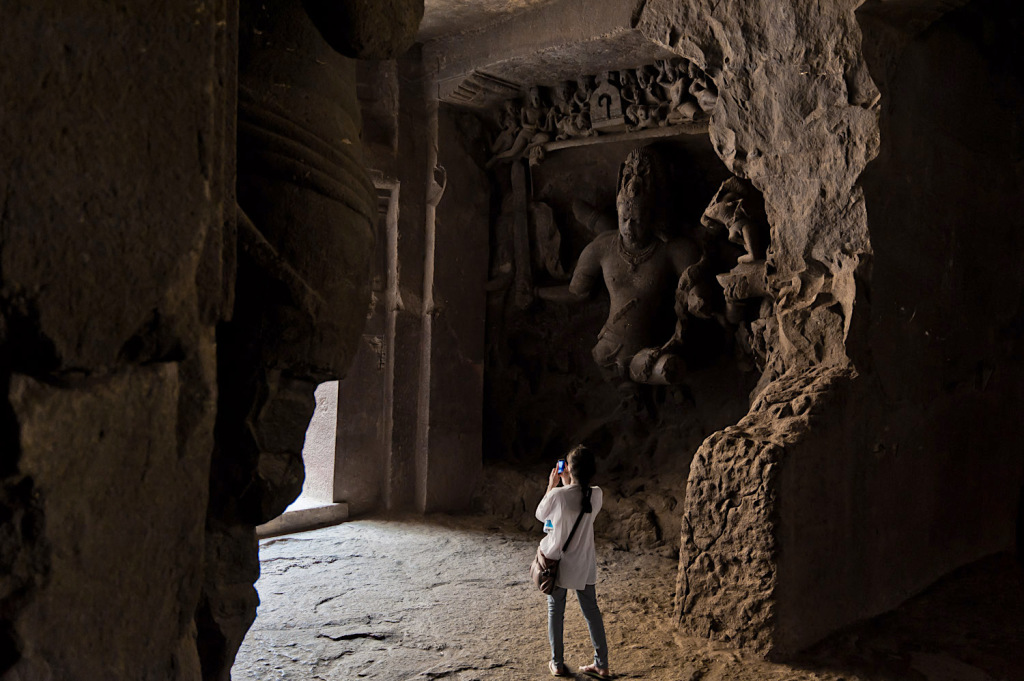