The Molkerei Gebrüder Pfund in Dresden

The most beautiful dairy in the world 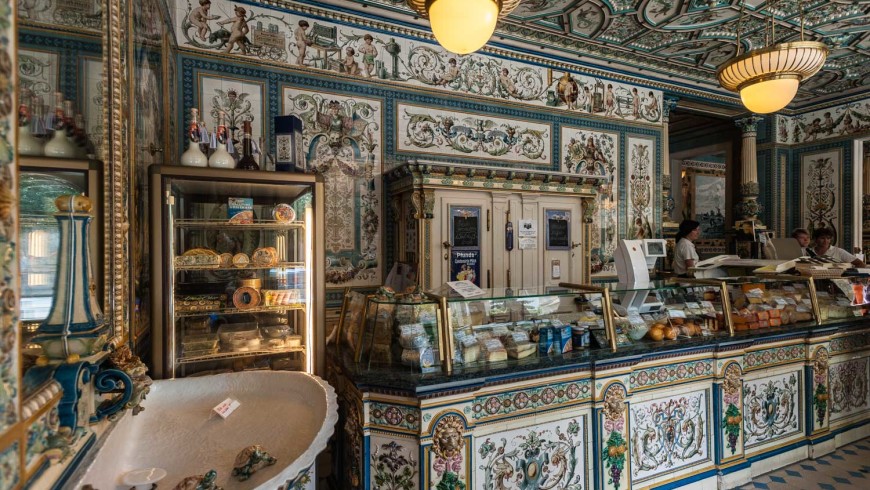 The title of “the world’s most beautiful dairy” Molkerei Gebrüder Pfund Dresden, is owed to Erik Kästner, one of the most prolific writers of the German 900’s. And for this reason, since 1997, the dairy is included in the official Guinness records.

The newspaper Bild claims that today 810 thousand a year visit the store in Bautzner Straße 79, Neustadt, on the left bank of the Elbe. That is to say that after the Frauenkirche, the Lutheran church, which is considered the symbol of the city (two million visitors), the Molkerei is the second “monument” to be seen in the Saxon capital.

What is its appeal? 247,90 square meters of stained glass tiles, which in 1892 Villeroy & Boch provided for the shop that the founder, Paul Pfund, had opened to sell milk and dairy products. There is talk of a few tens of litres, produced by the “initial” six cows in 1880! History also tells here that, in 1886, condensed milk has been produced for the first time. Today the company’s numbers are very different: there are rumors of a ton per month!

It survived, miraculously, the British and American bombs that destroyed the city between the 13th and 15th of February 1945, and the urban rebuilding during the decades of socialism. The dairy never closes, not even on Christmas Day!

For the delight of tourists and photographers inside the shop it is forbidden to photograph! 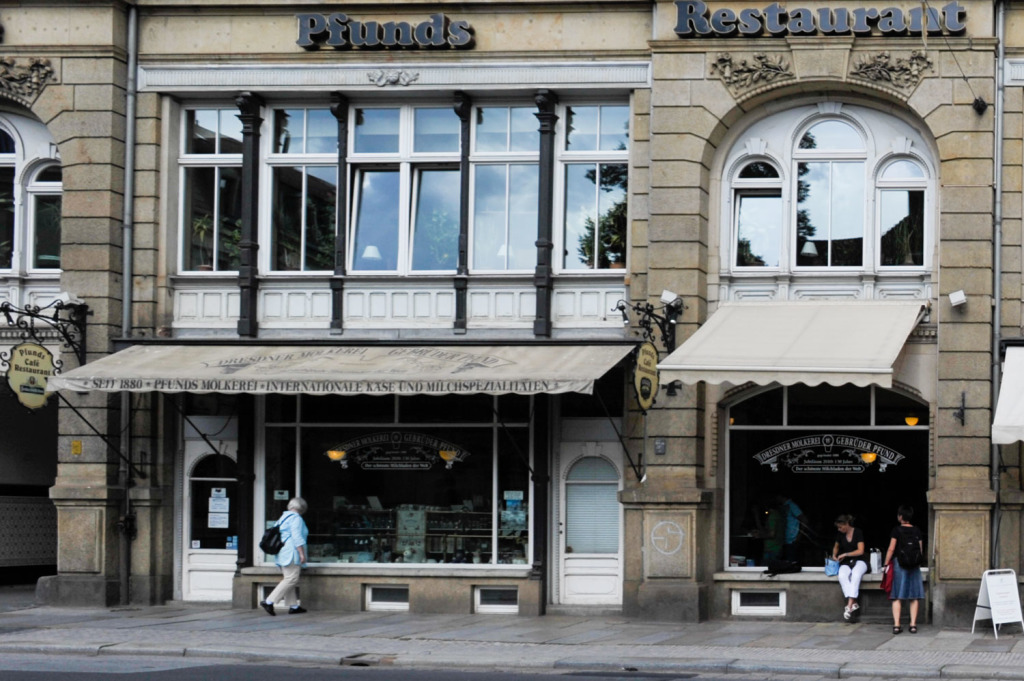 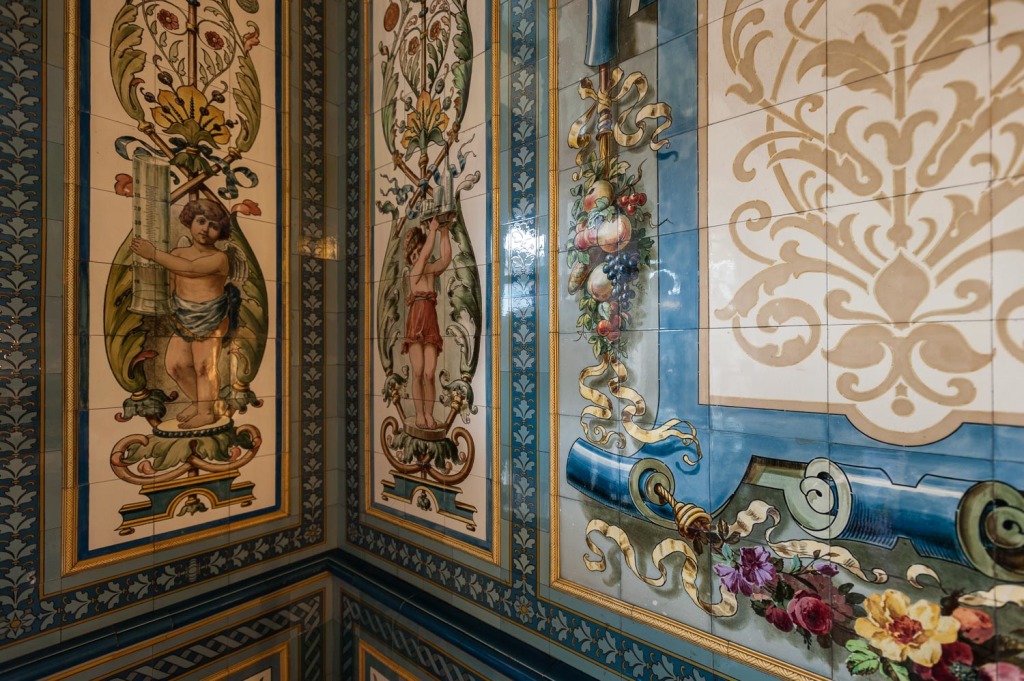 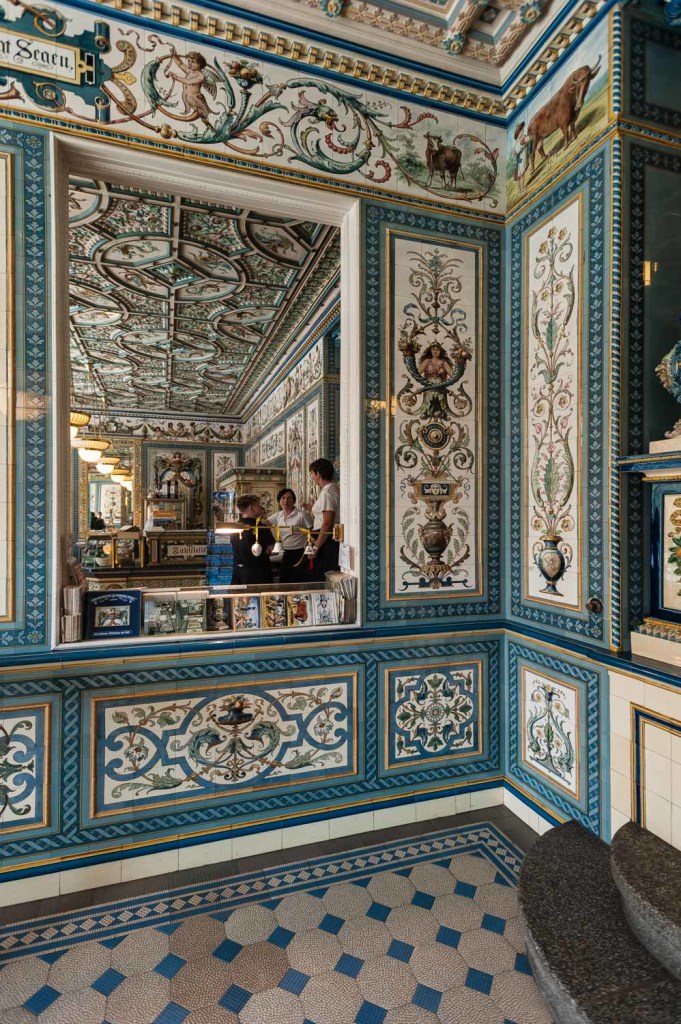 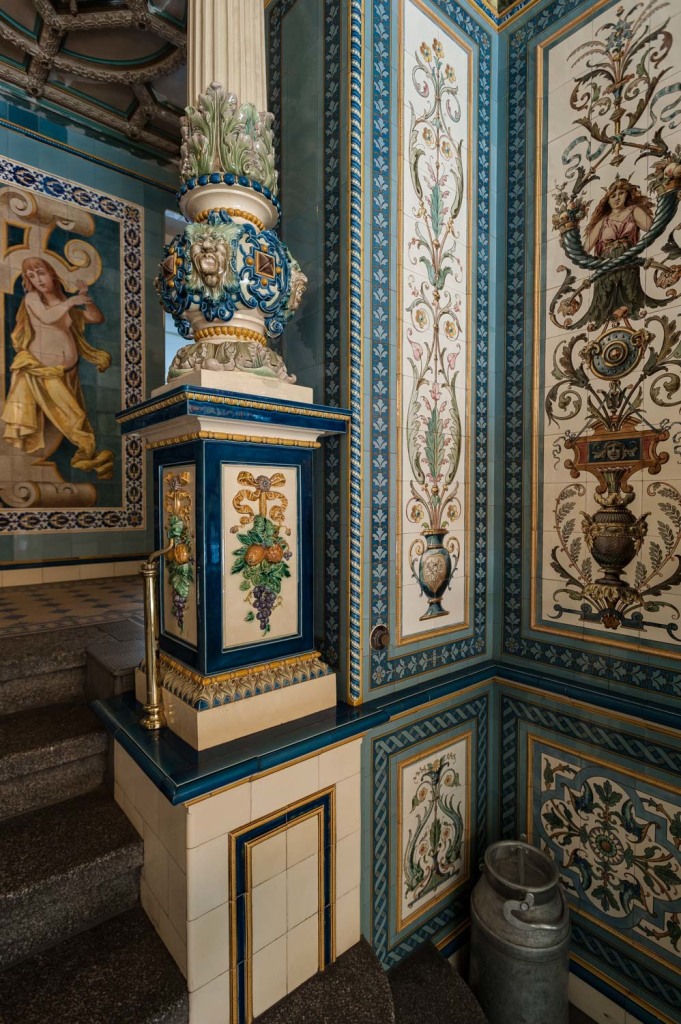 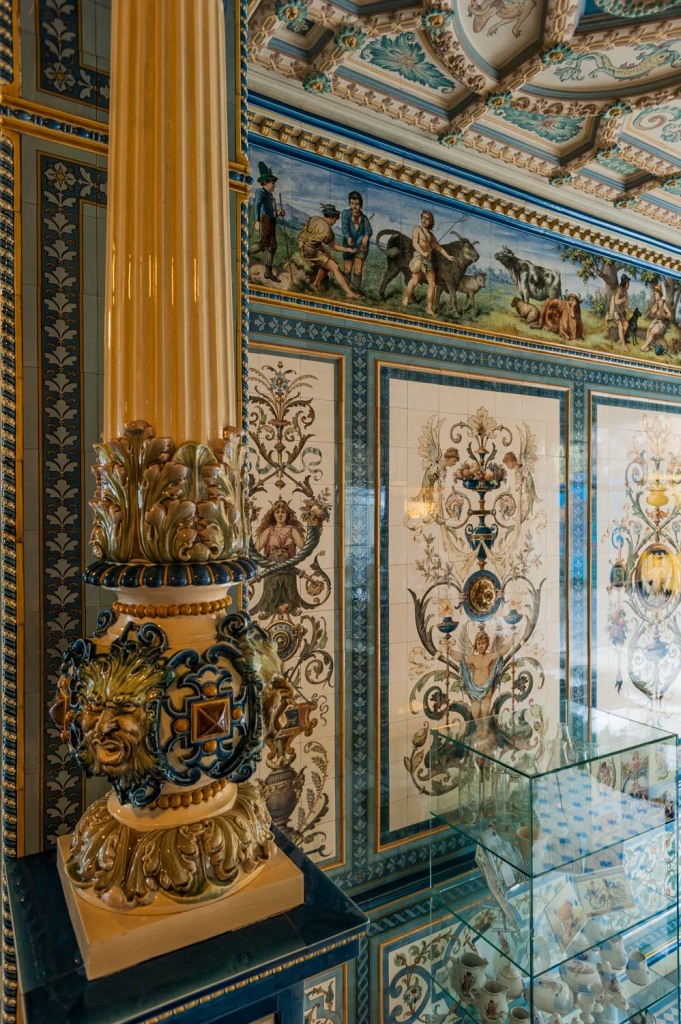 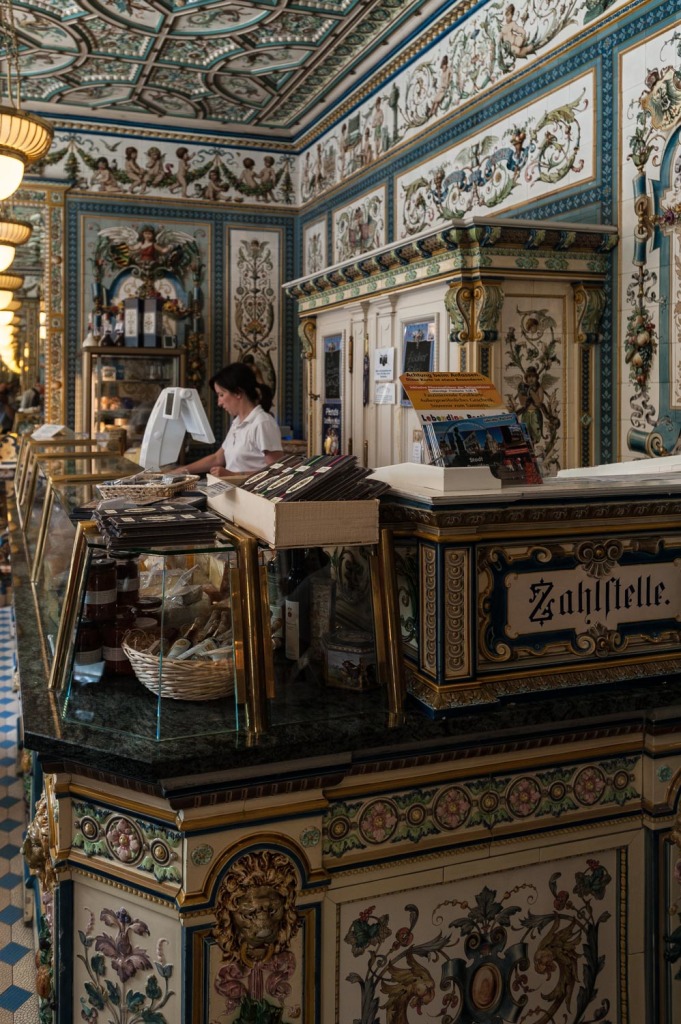 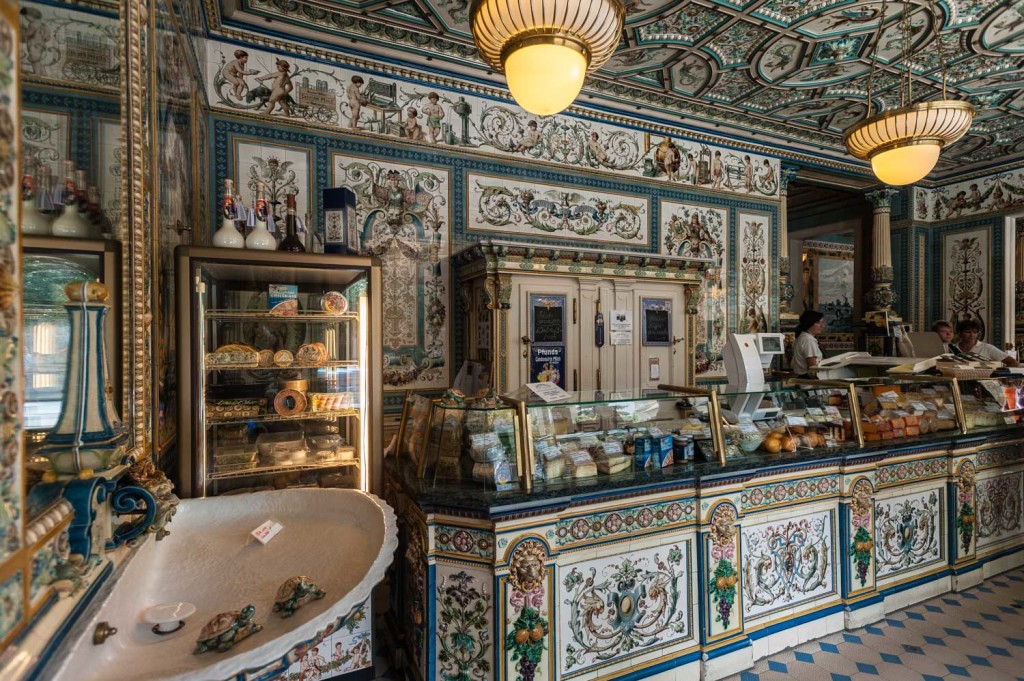 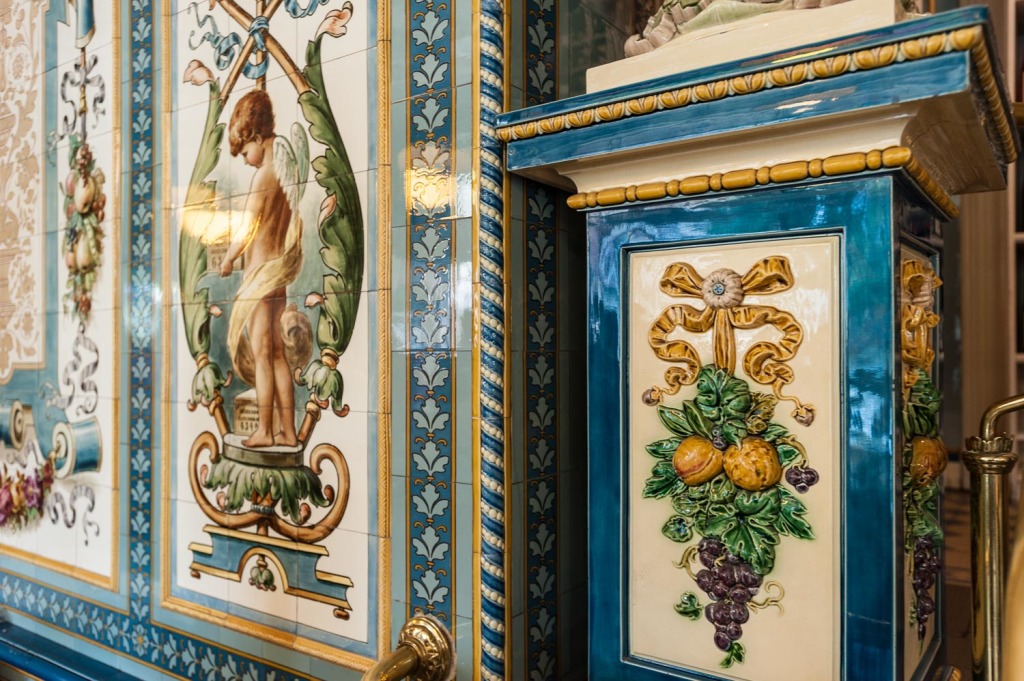 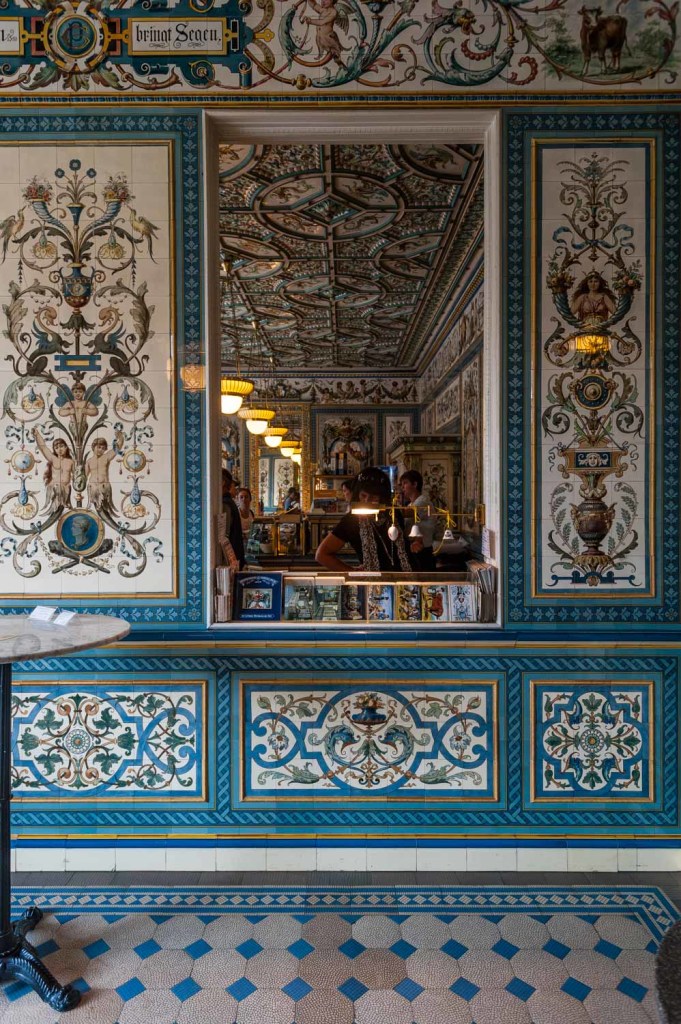 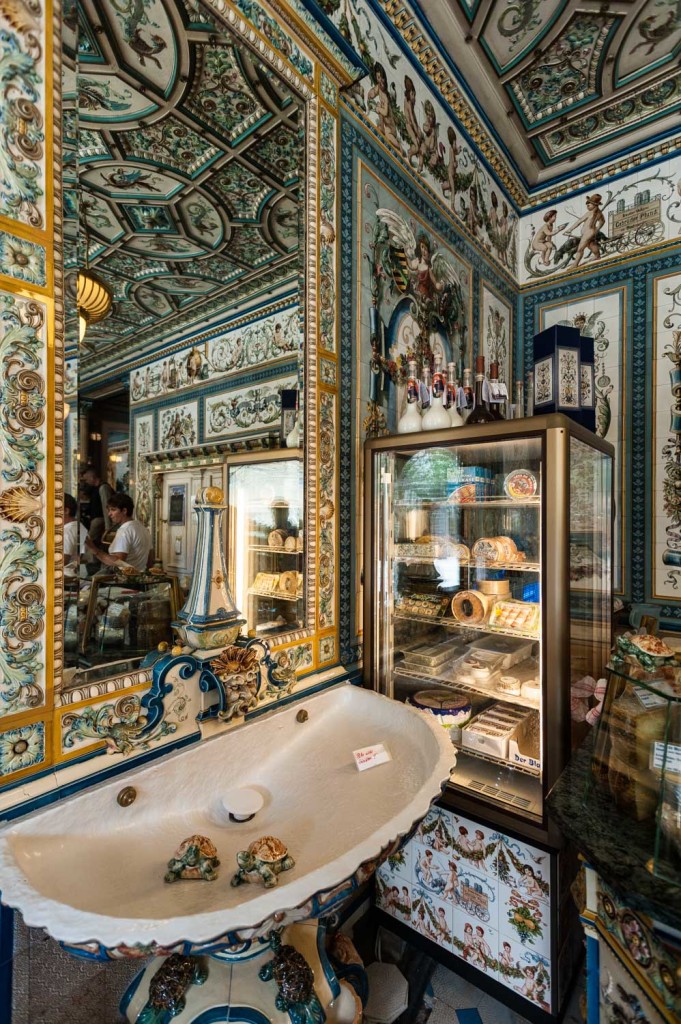 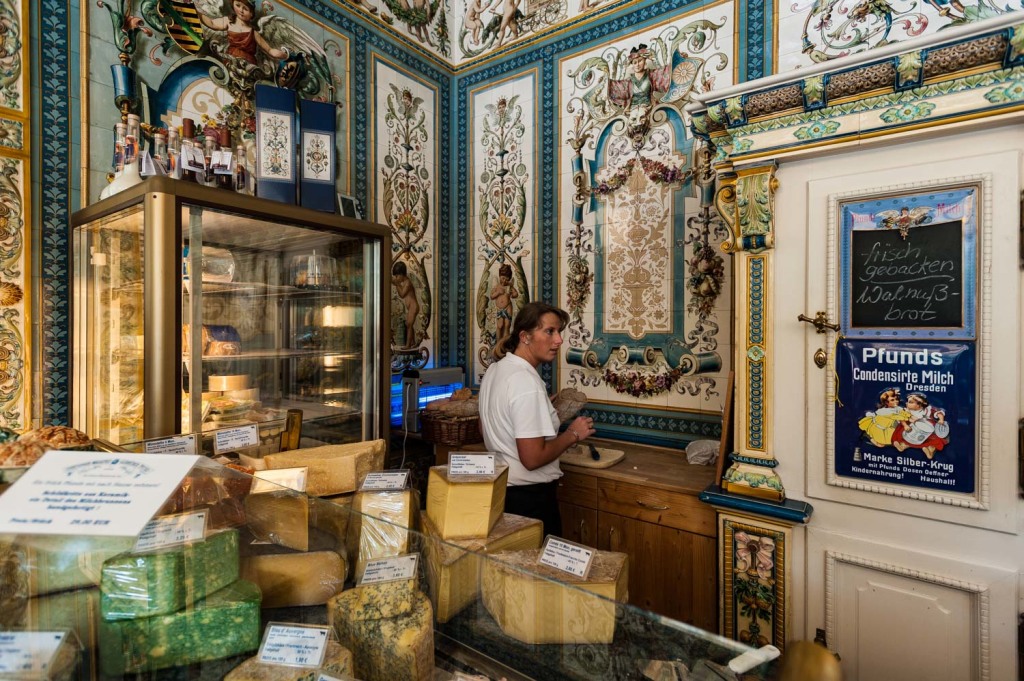 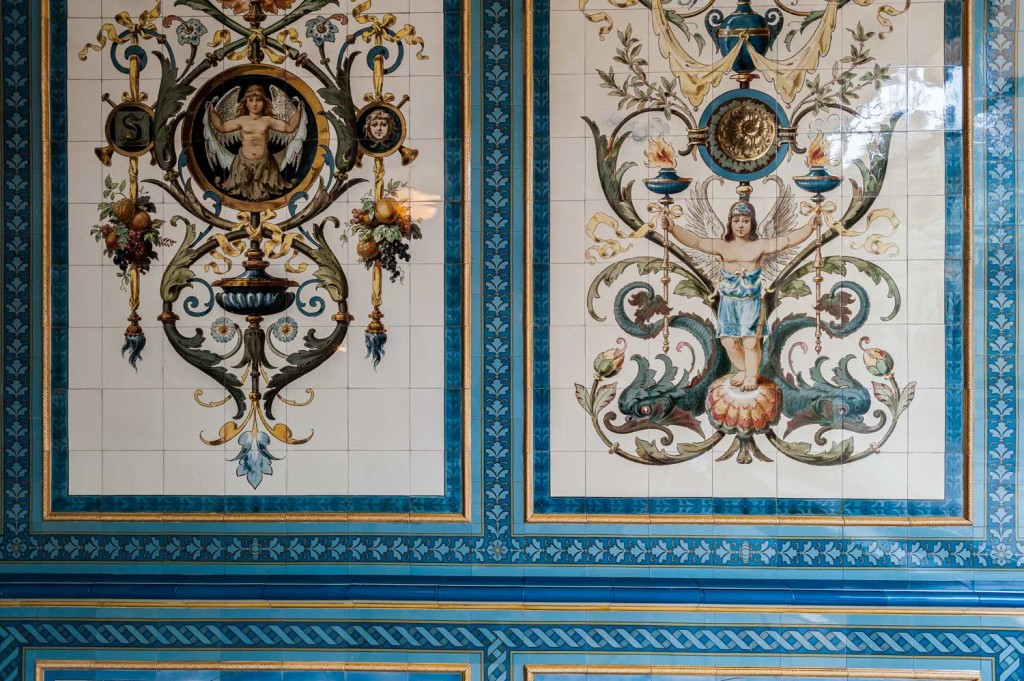 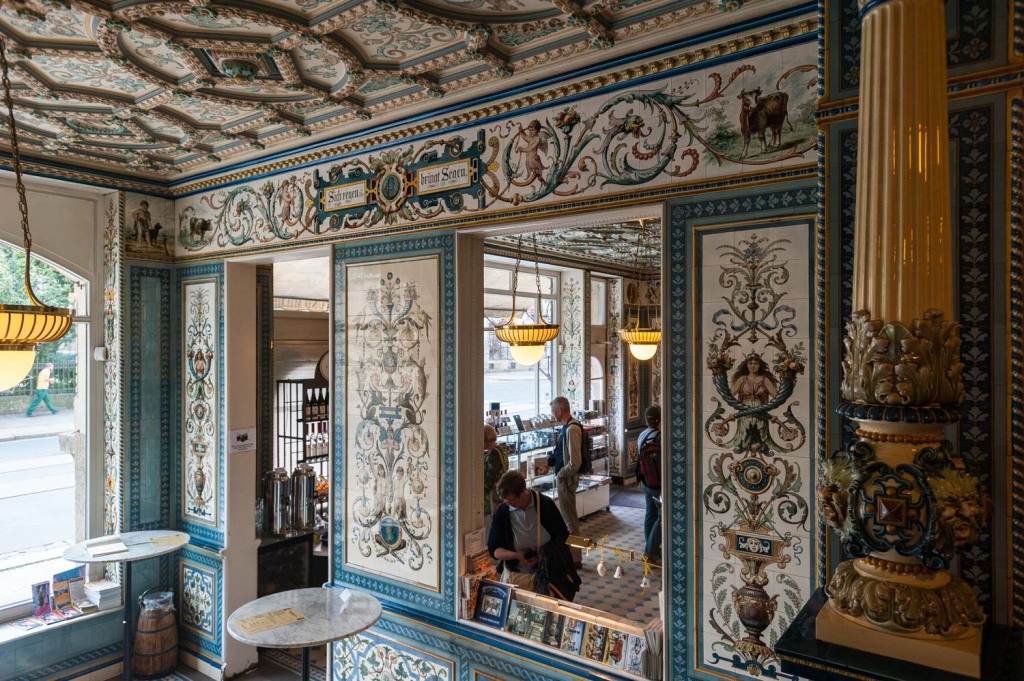 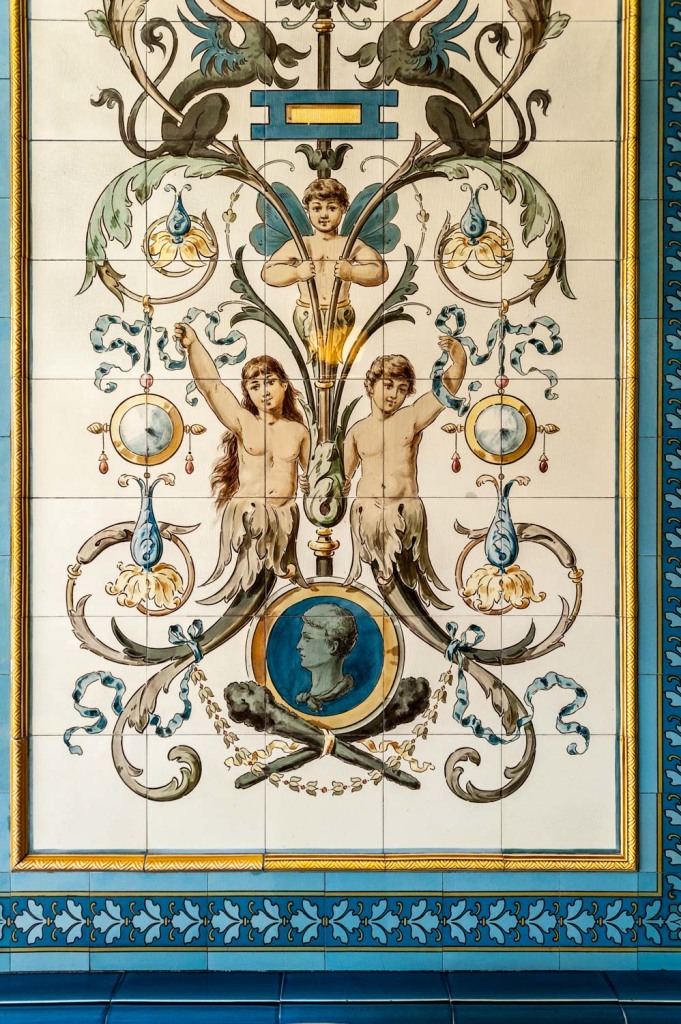 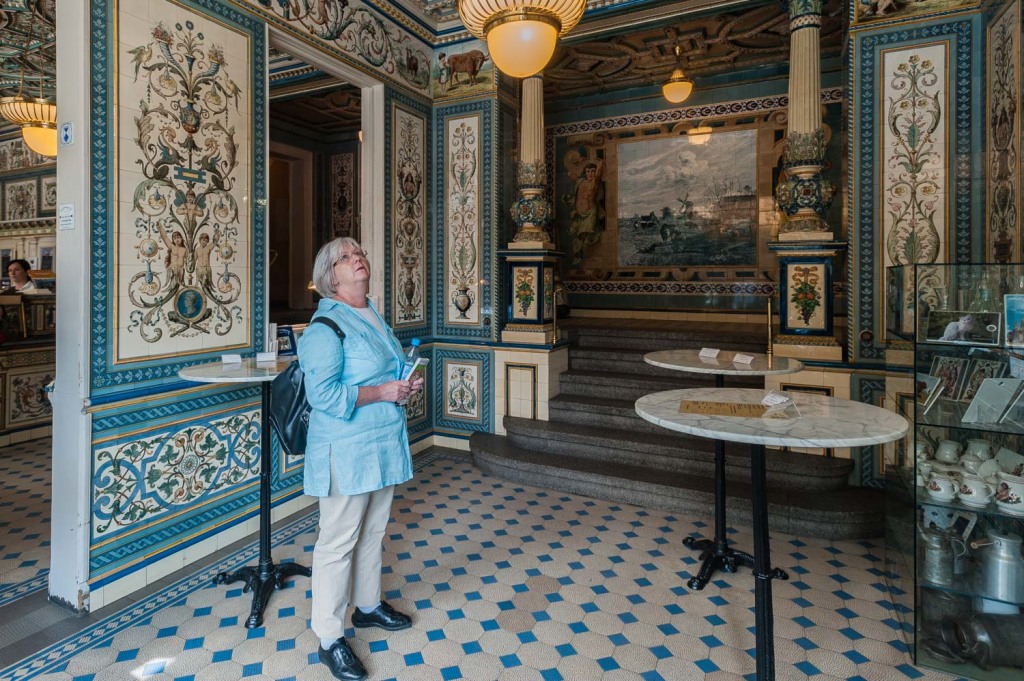