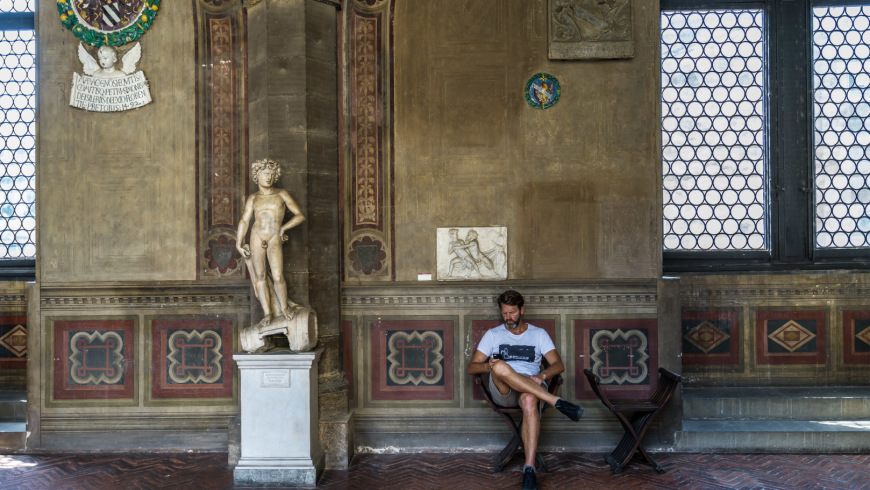 The Bargello, also known as the Museo Nazionale del Bargello, or Palazzo del Popolo (Palace of the People), is an art museum, in Florence, Italy.  The word bargello appears to come from the late Latin bargillus meaning “castle” or “fortified tower”. During the Middle Ages it was the name given to a captain in charge of keeping peace and justice (hence “Captain of justice”) during riots and uproars. In Florence he was usually hired from a foreign city to prevent any appearance of favoritism on the part of the Captain. The name Bargello was extended to the building which was the office of the captain. It was also employed as a prison and executions took place in the Bargello’s yard until they were abolished by Grand Duke Peter Leopold in 1786, but it remained the headquarters of the Florentine police until 1859. The Bargello opened as a national museum in 1865, displaying the largest Italian collection of gothic and Renaissance sculptures (14 -17th century). It houses masterpieces by Michelangelo, such as his Bacchus, Tondo Pitti (or Madonna and Child), Brutus. Its collection includes Donatello‘s David and St. George Tabernacle, Verrocchio’s David and Dama col mazzolino,  Jacopo Sansovino‘s Bacchus, Giambologna‘s Mercury and many works from the Della Robbia family. Benvenuto Cellini is represented with his bronze bust of Cosimo I. There are a few works from the Baroque period, notably Gianlorenzo Bernini‘s 1636-7 Bust of Costanza Bonarelli. The museum also has a fine collection of ceramics (maiolica), textile, tapestries, ivory, silver, armour and coins. It also features the competing designs for The Sacrifice of Isaac (Sacrificio di Isacco) that were made by Lorenzo Ghiberti and Filippo Brunelleschi  to win the contest for the second set of doors of the Florence Baptistery (1401). 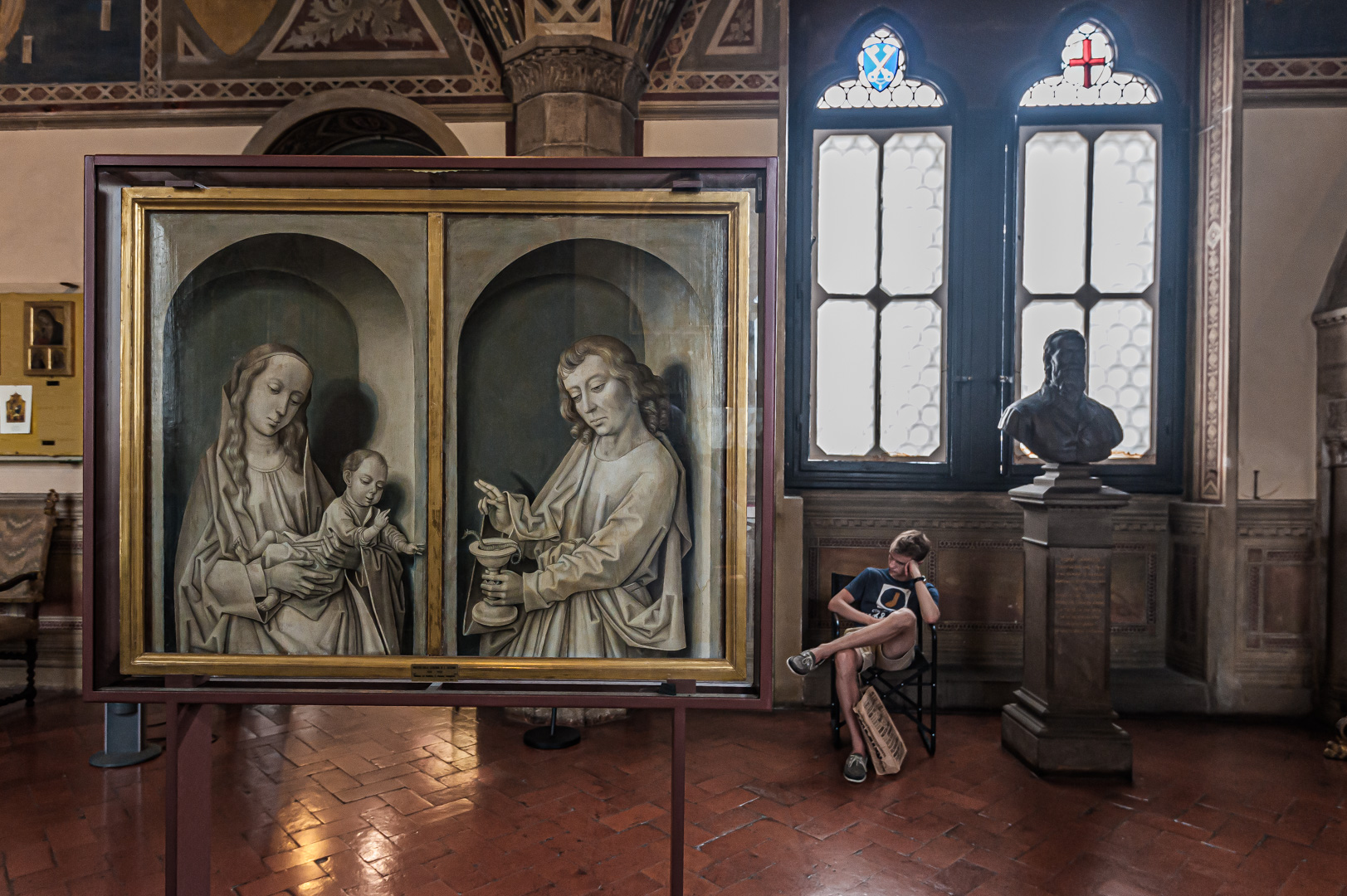 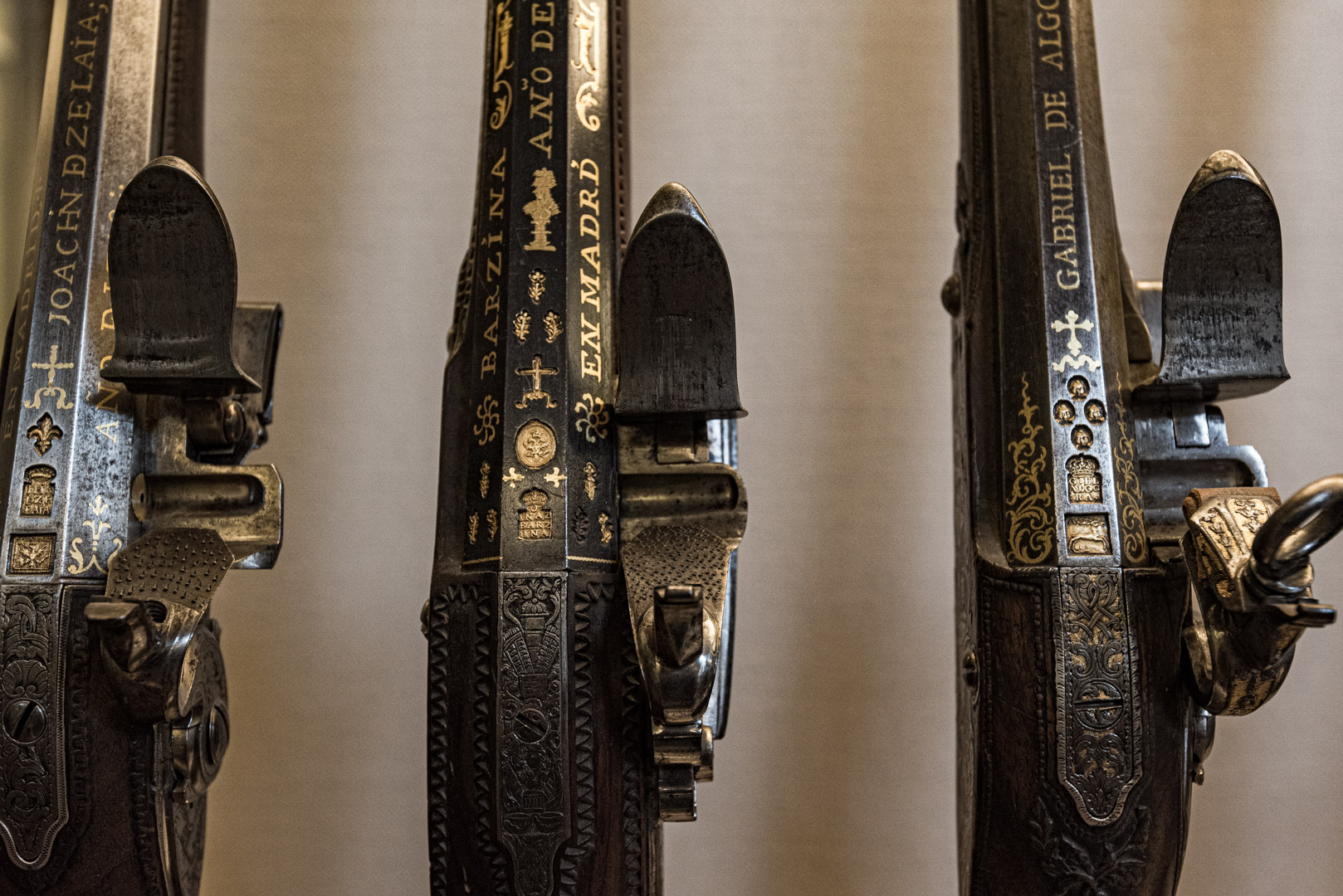 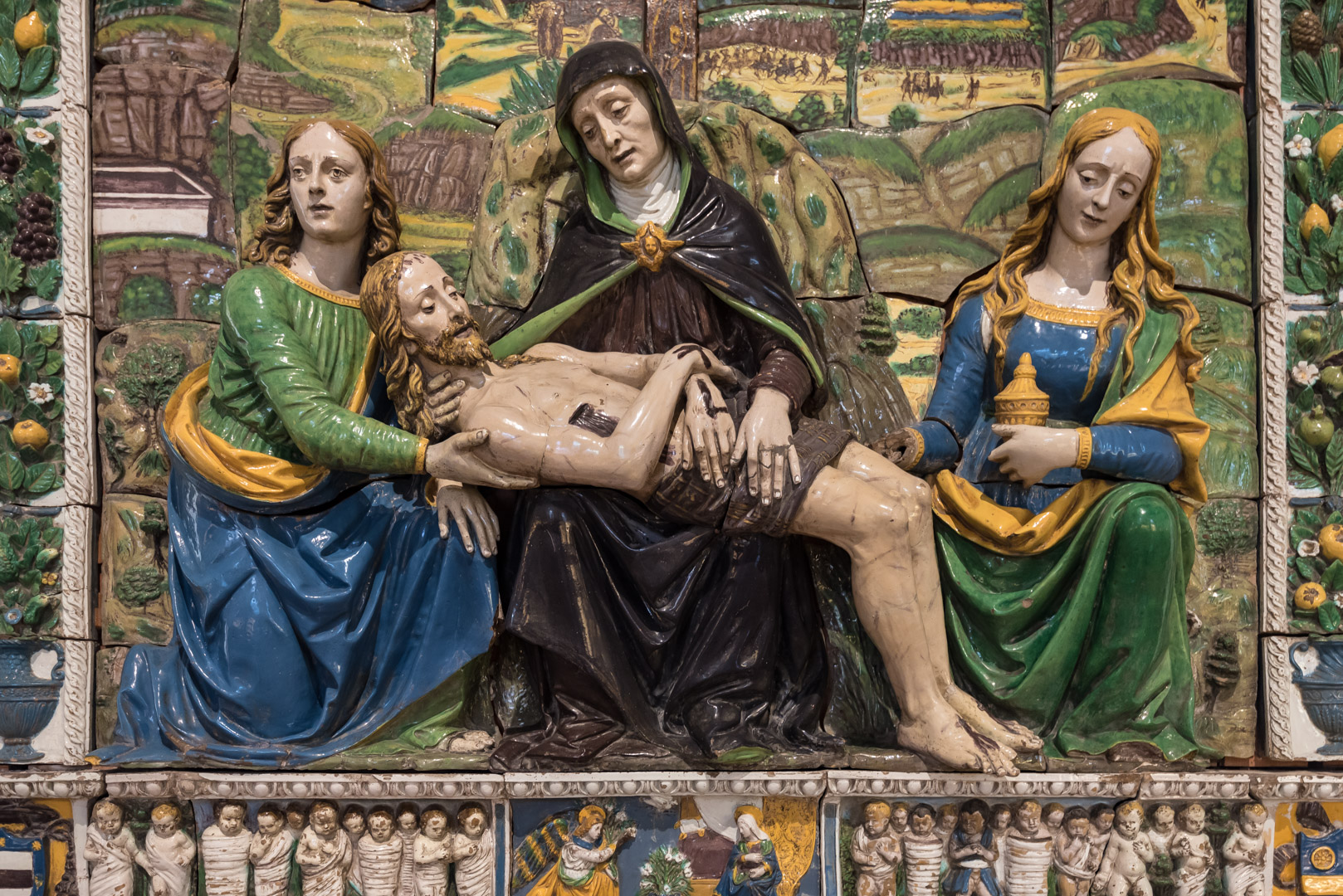 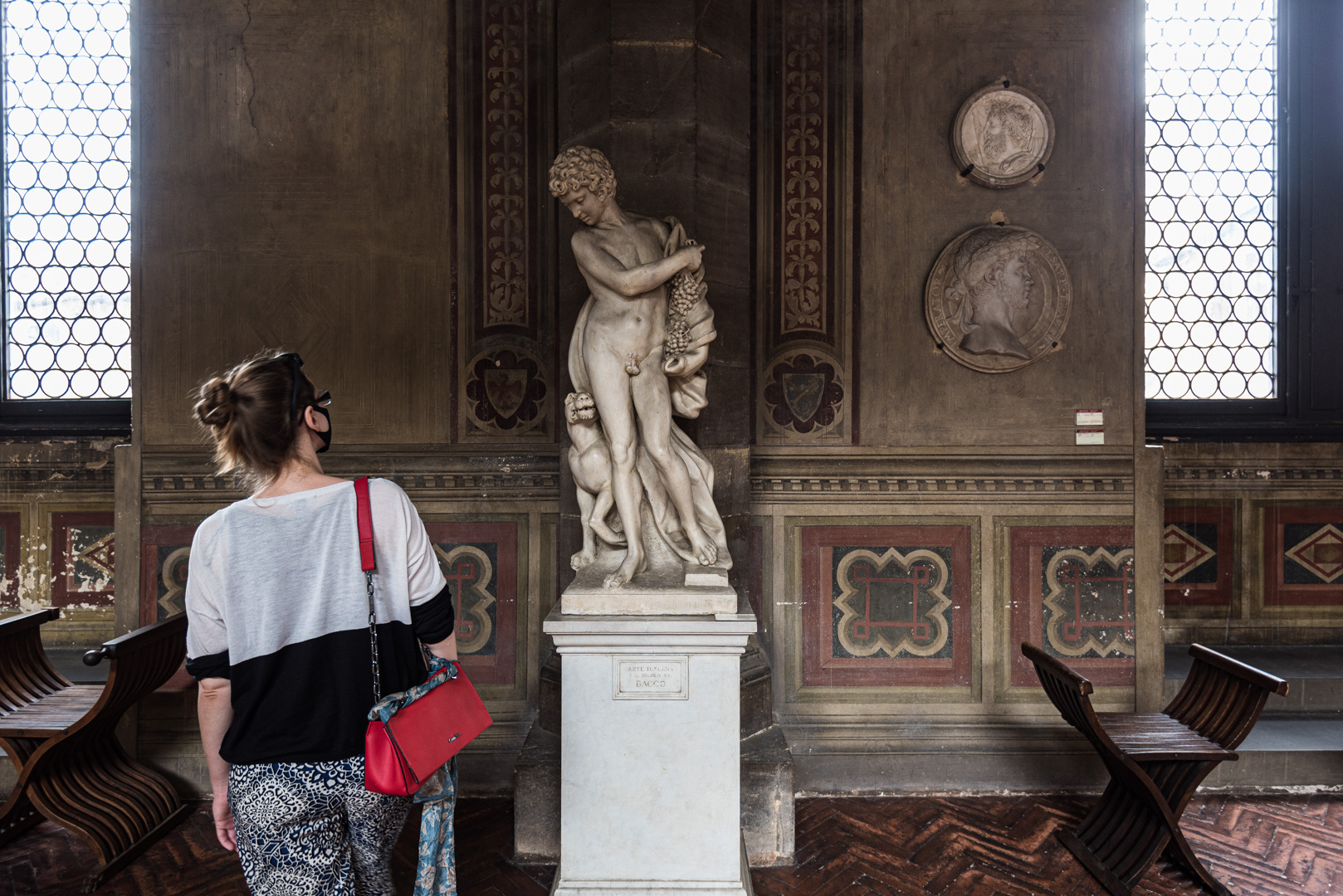 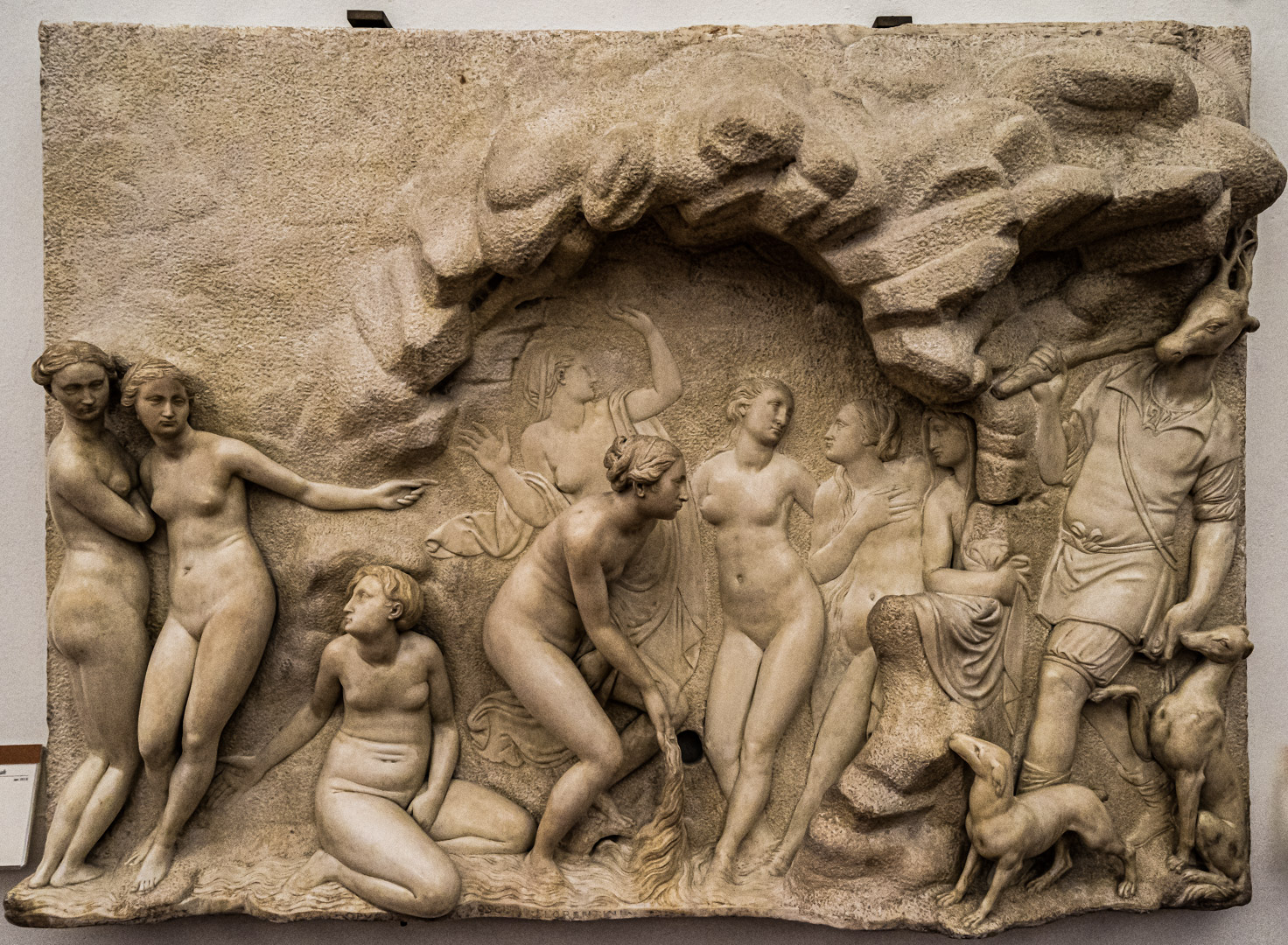 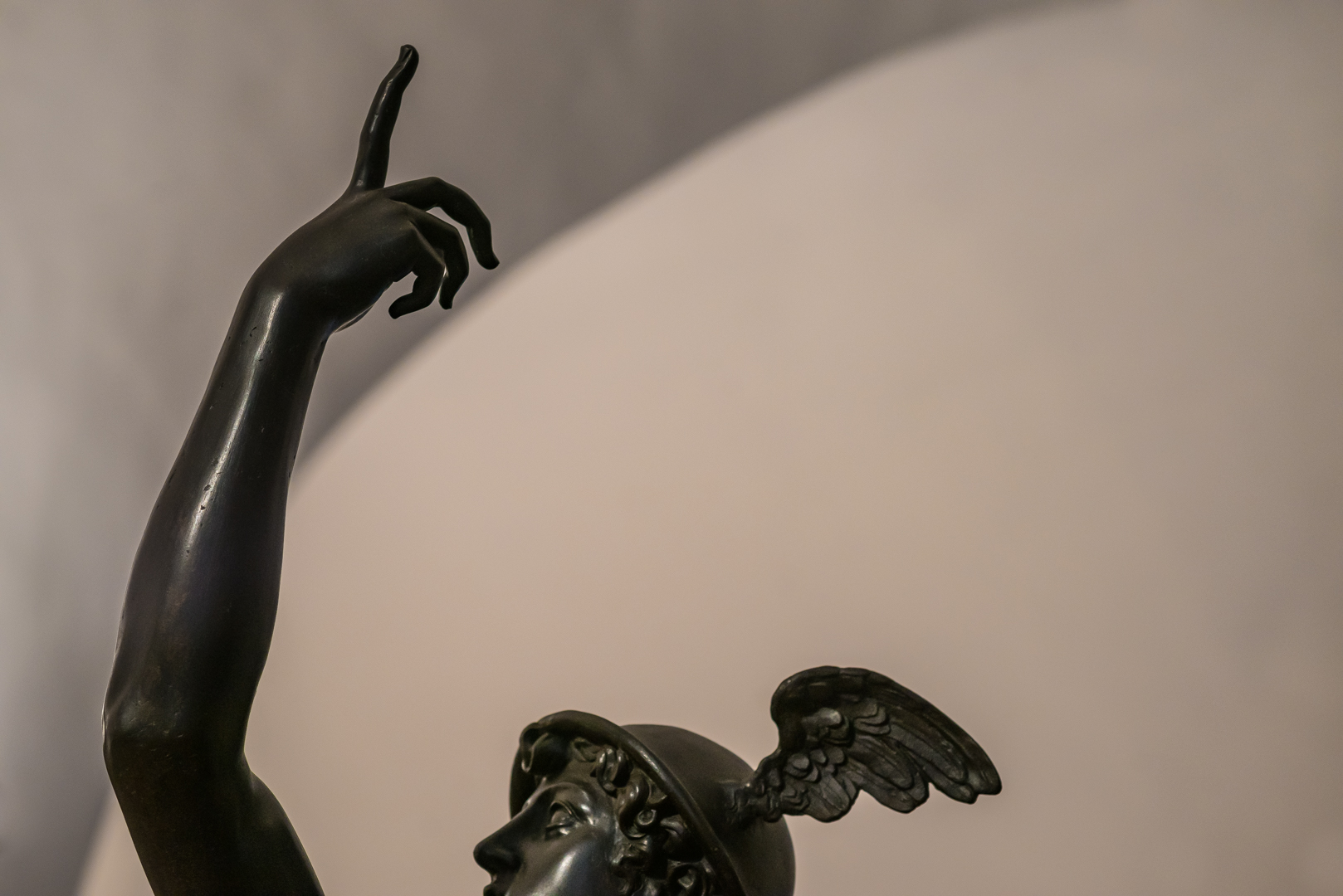 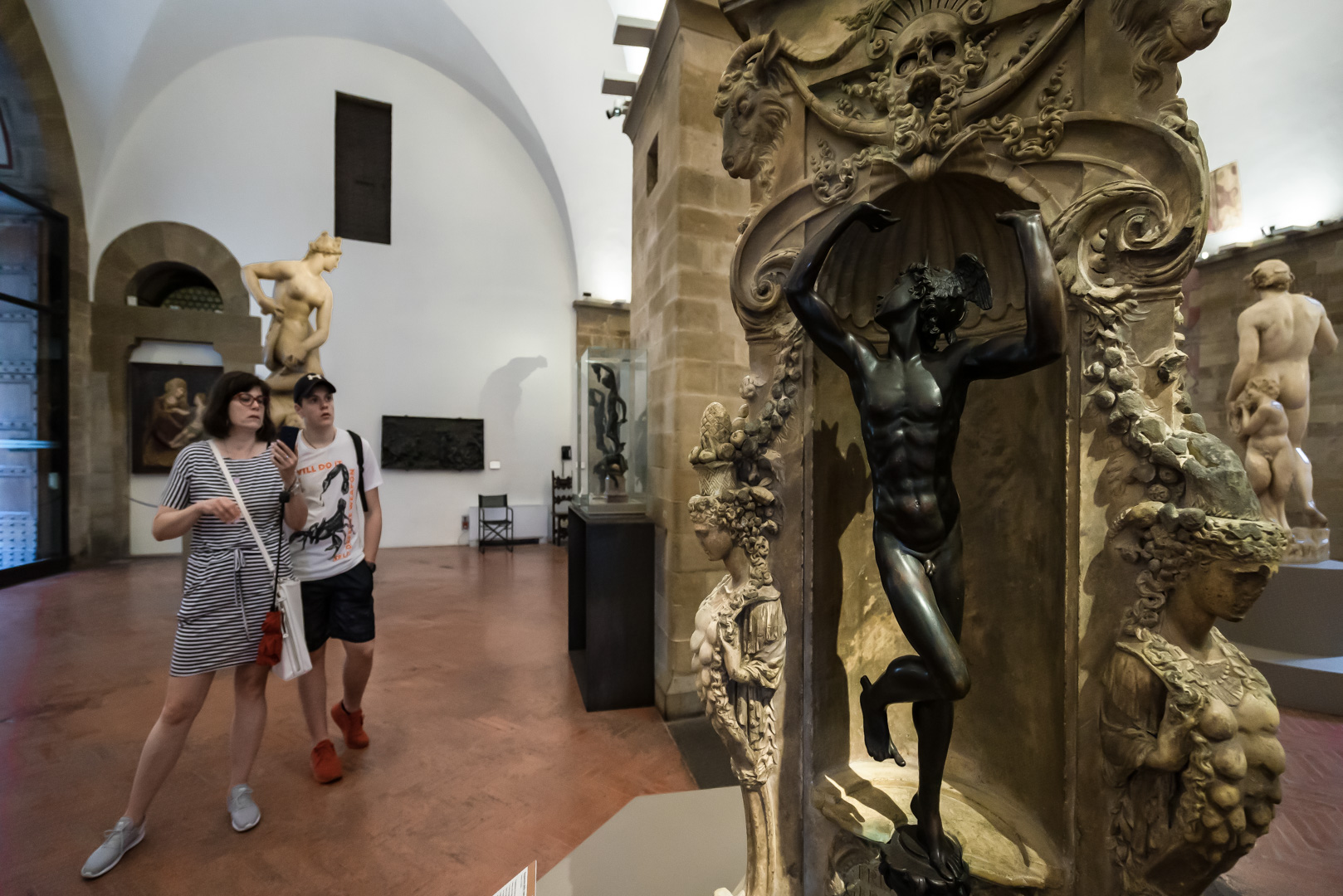 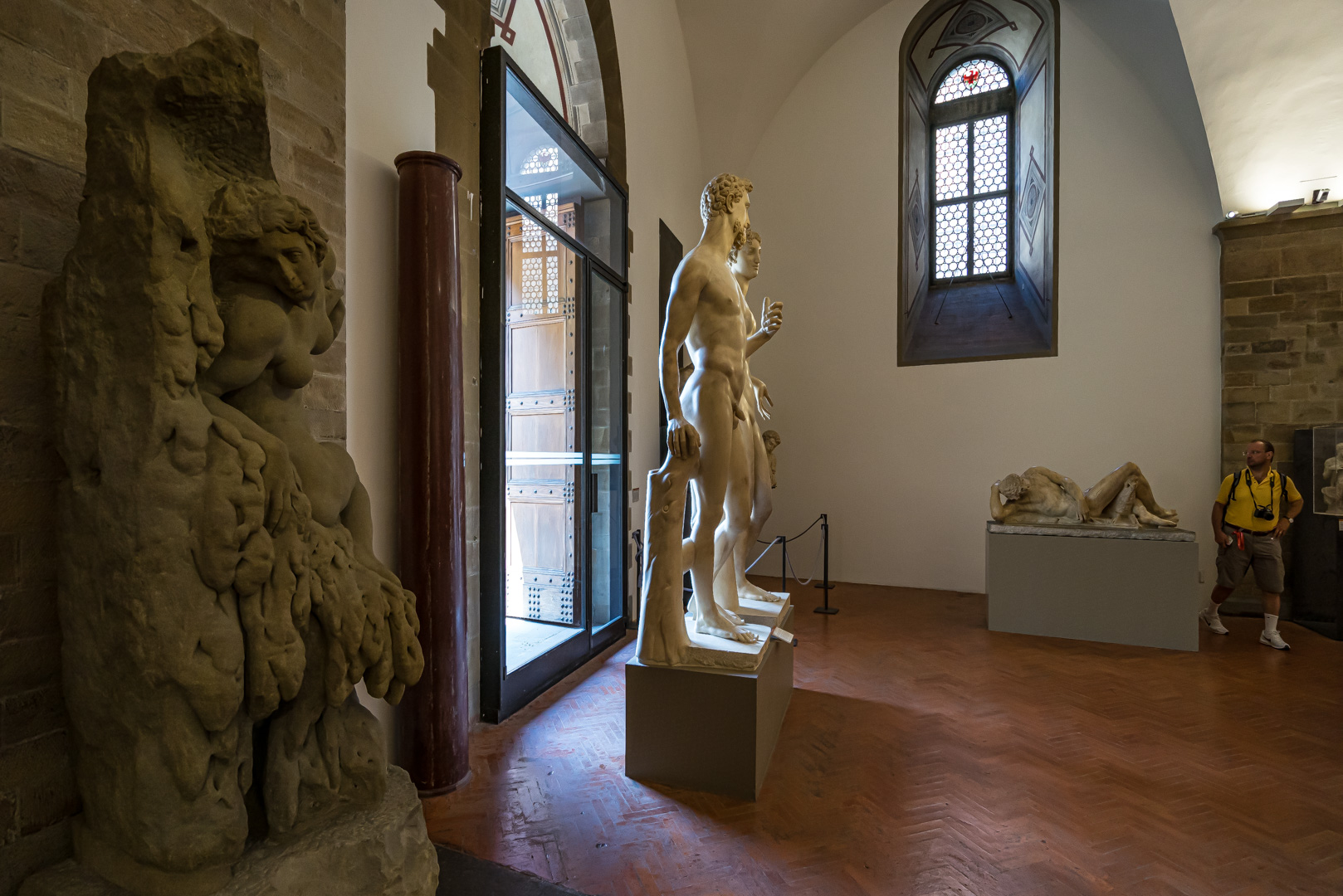 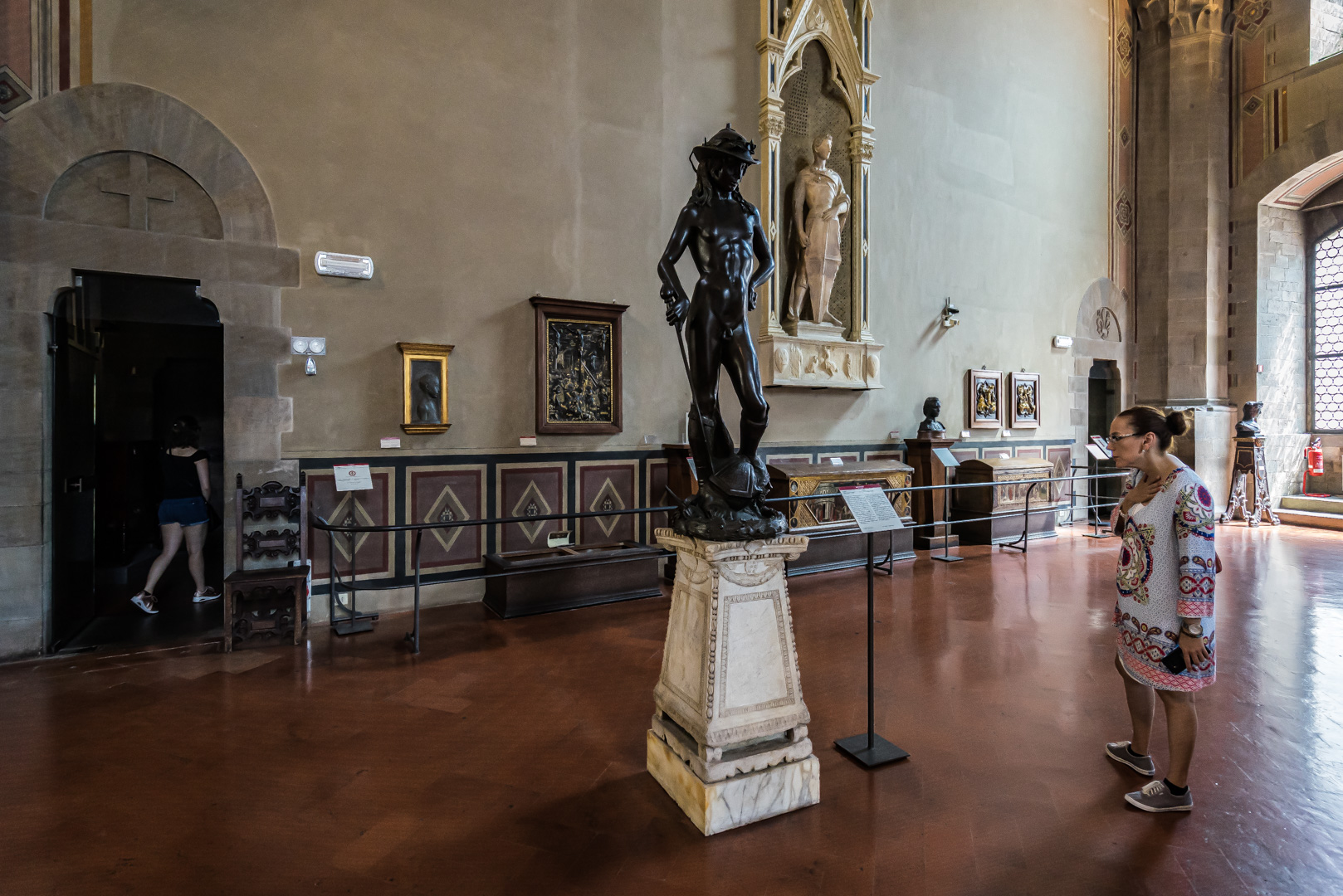 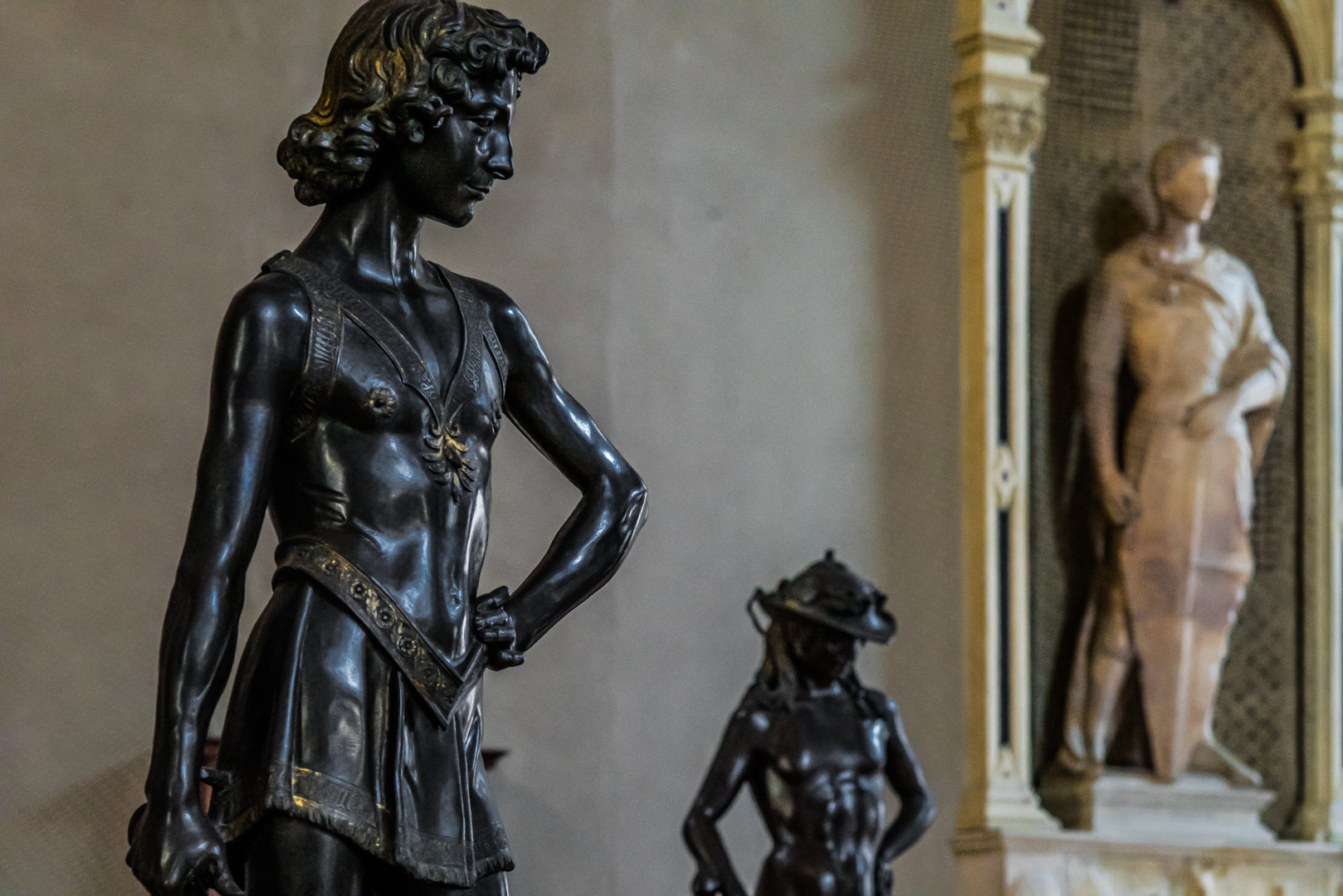 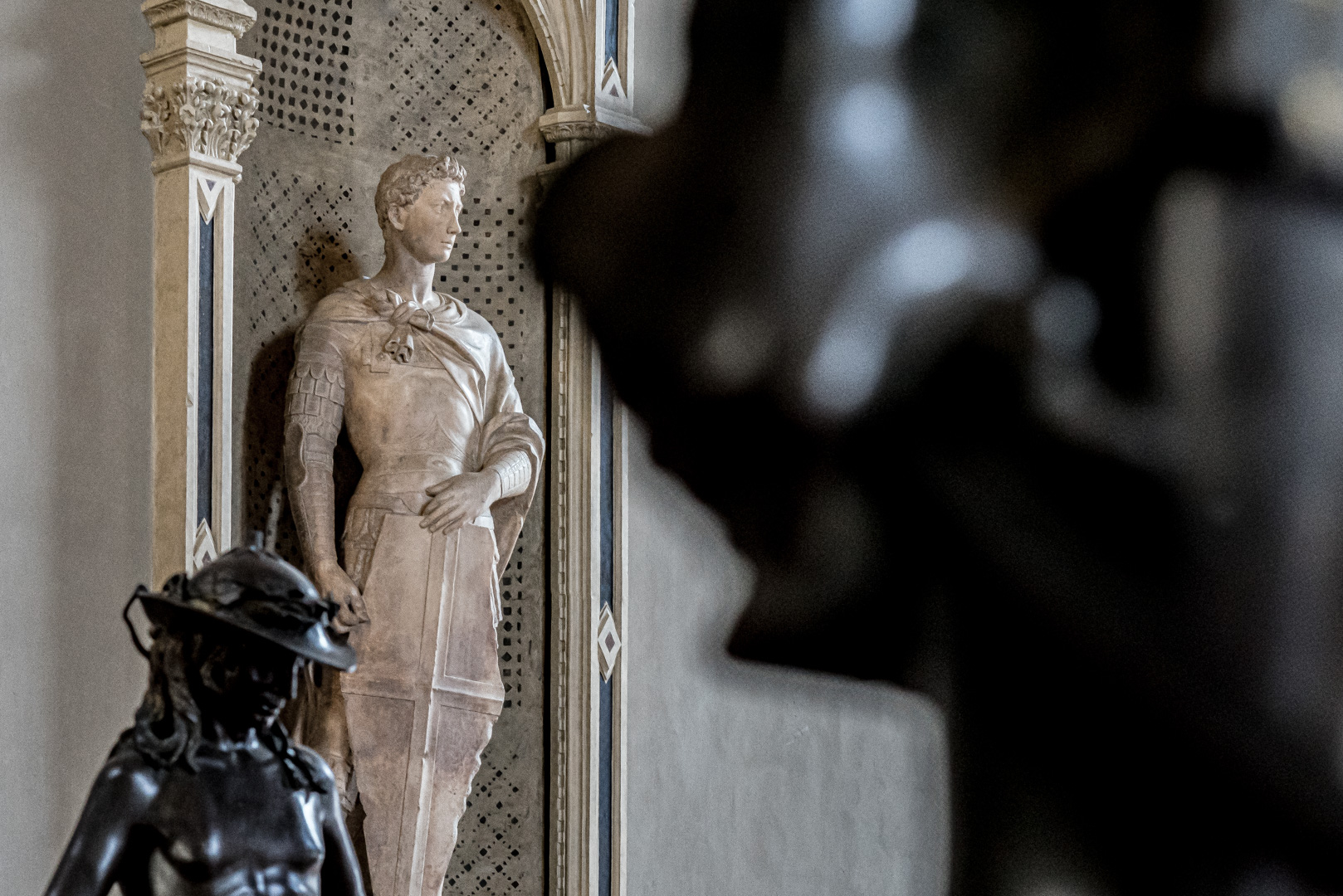 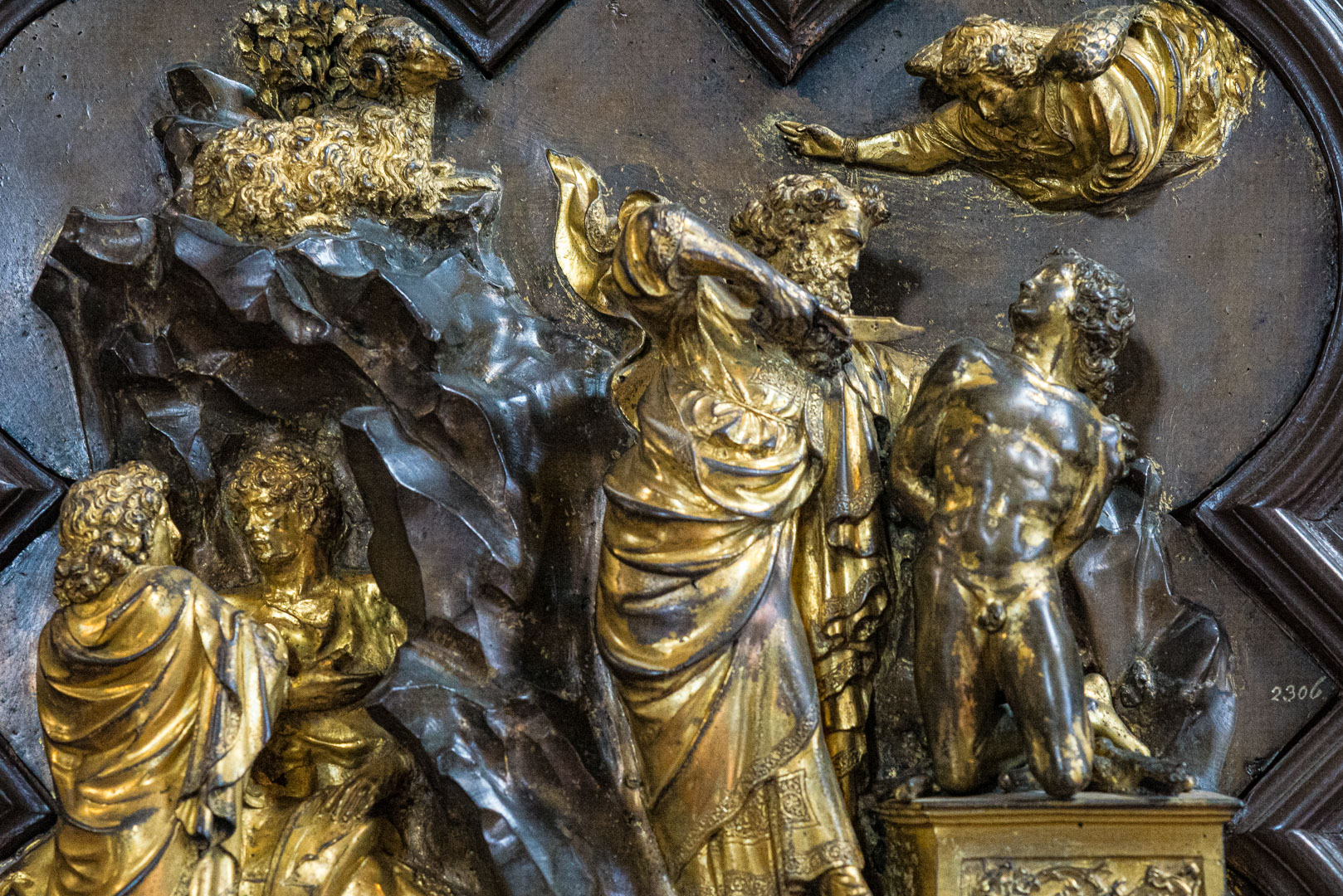 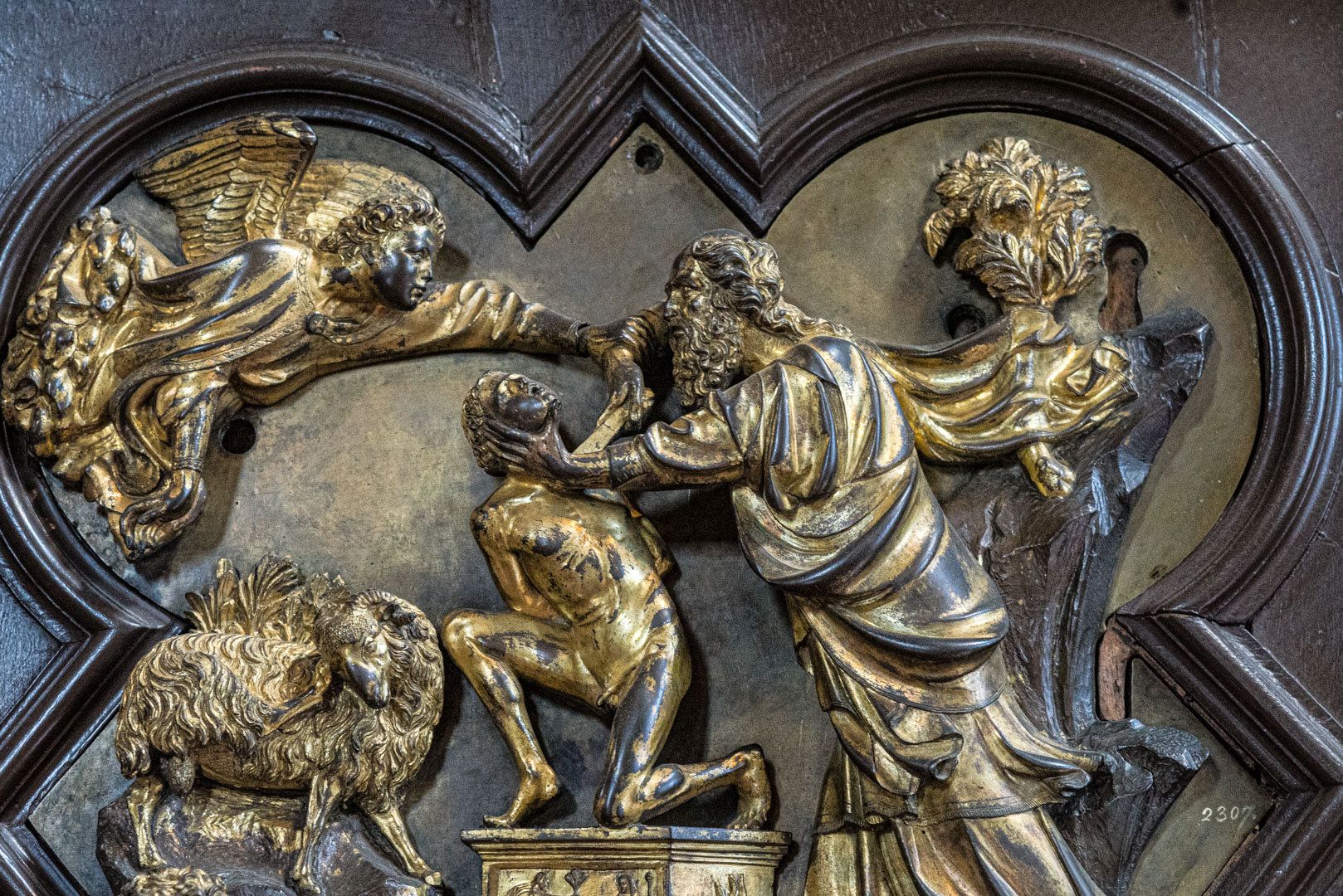 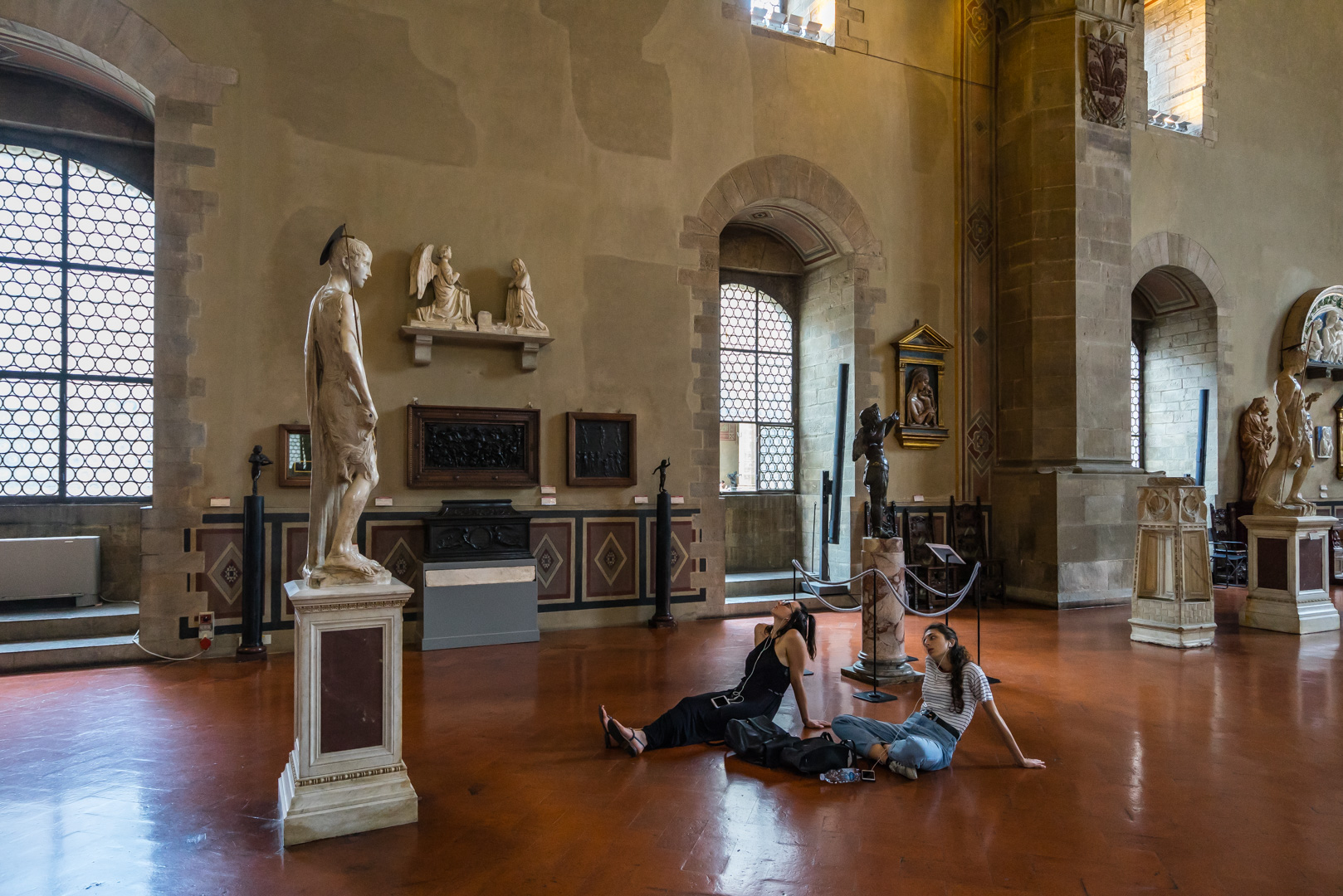 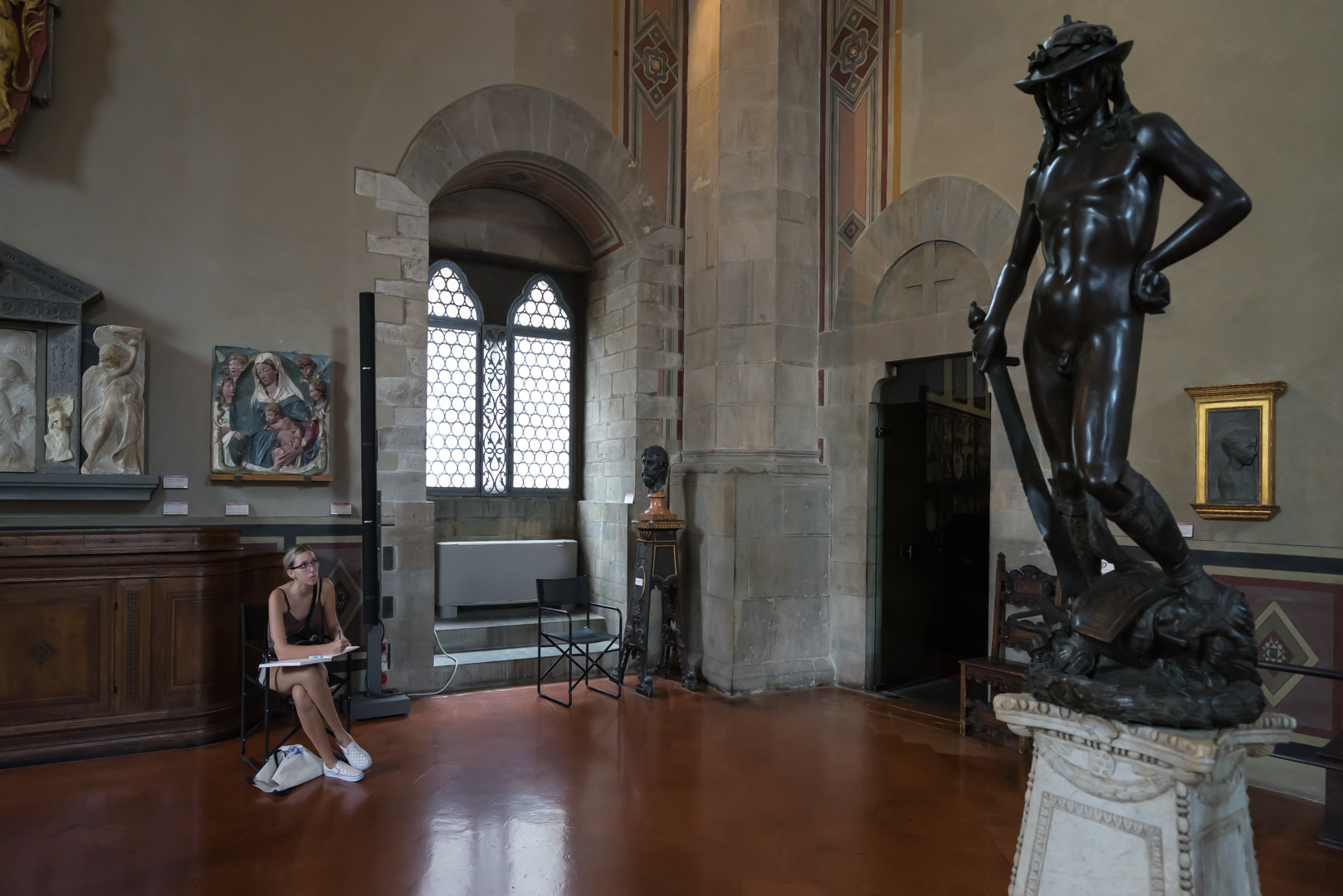 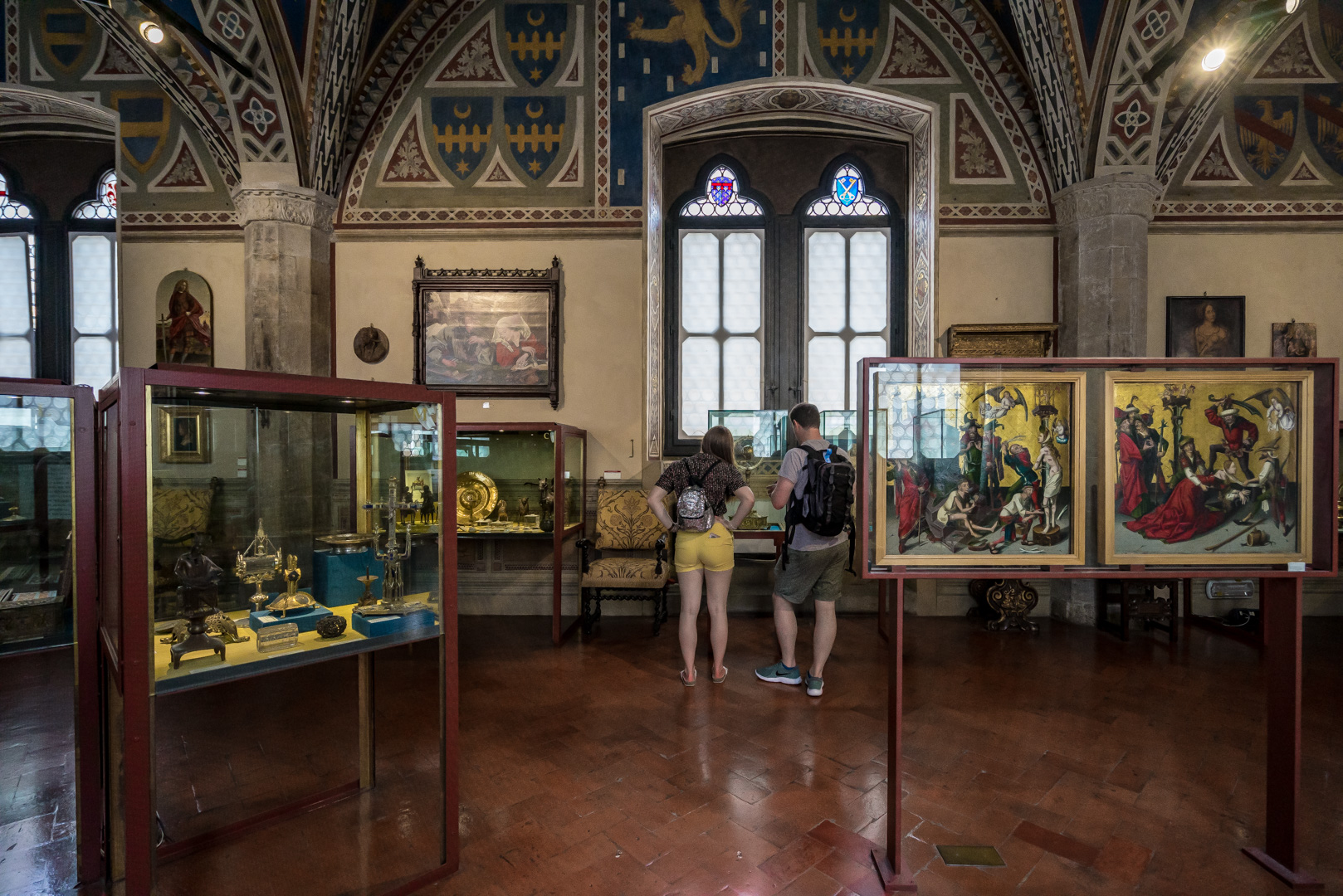 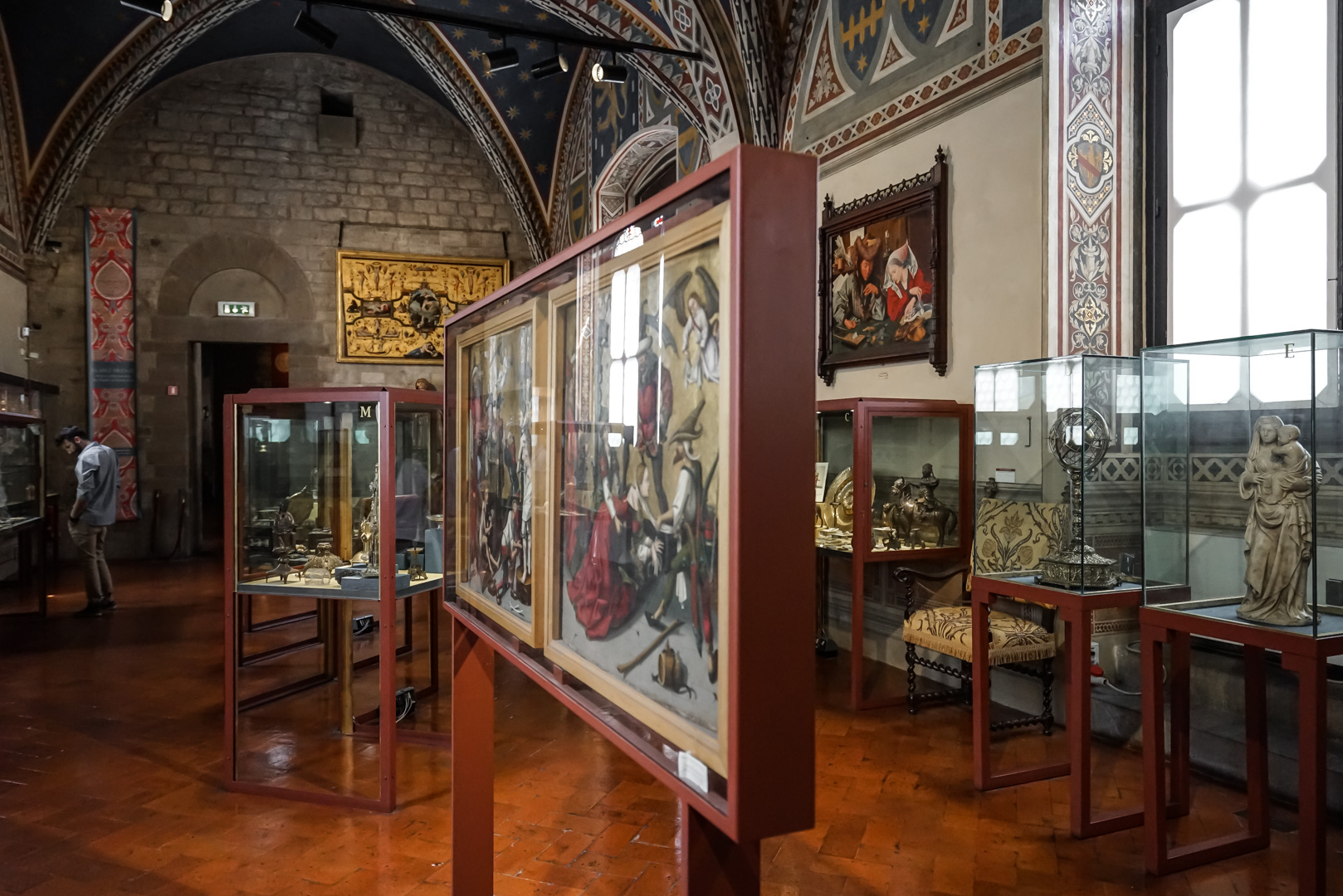 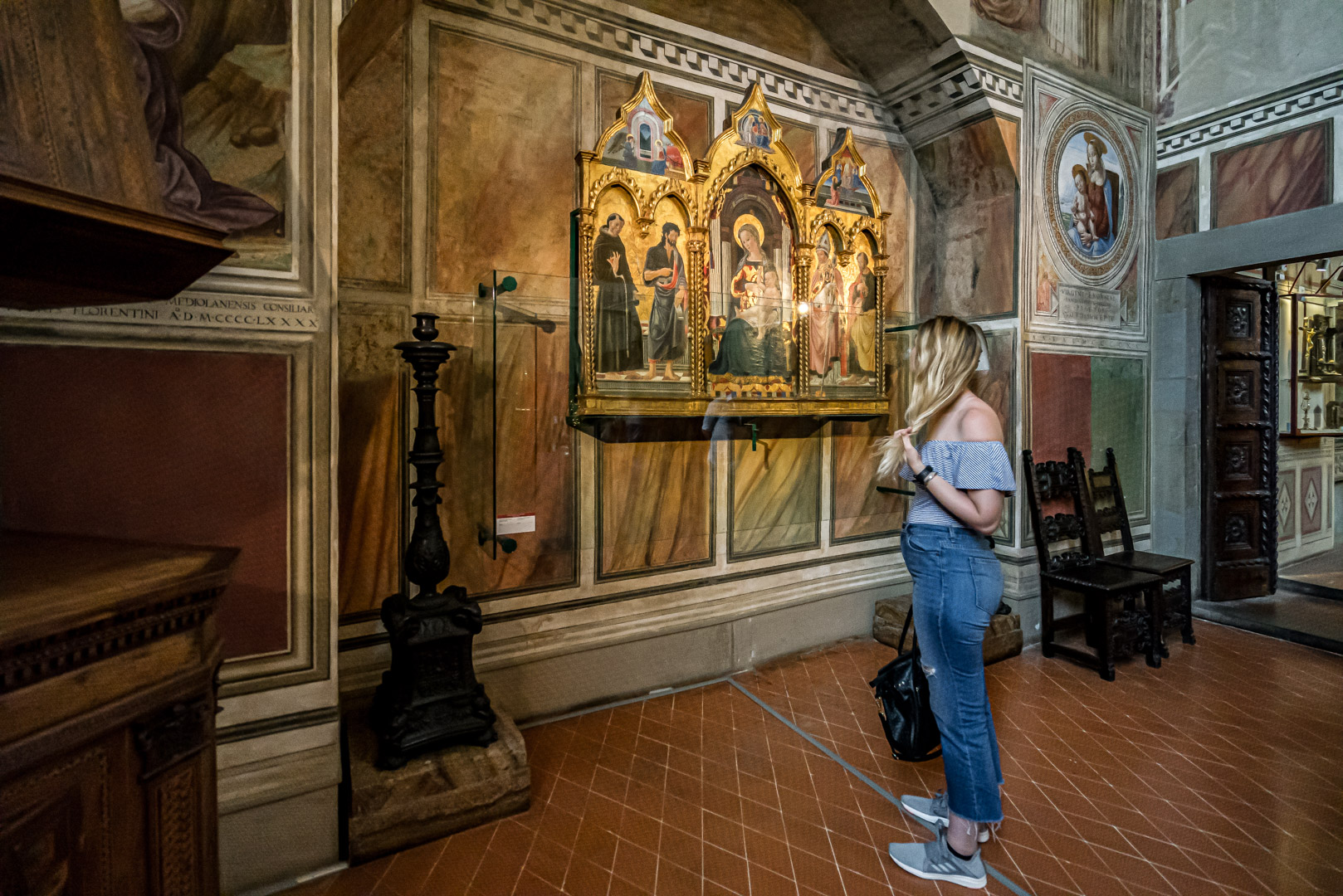 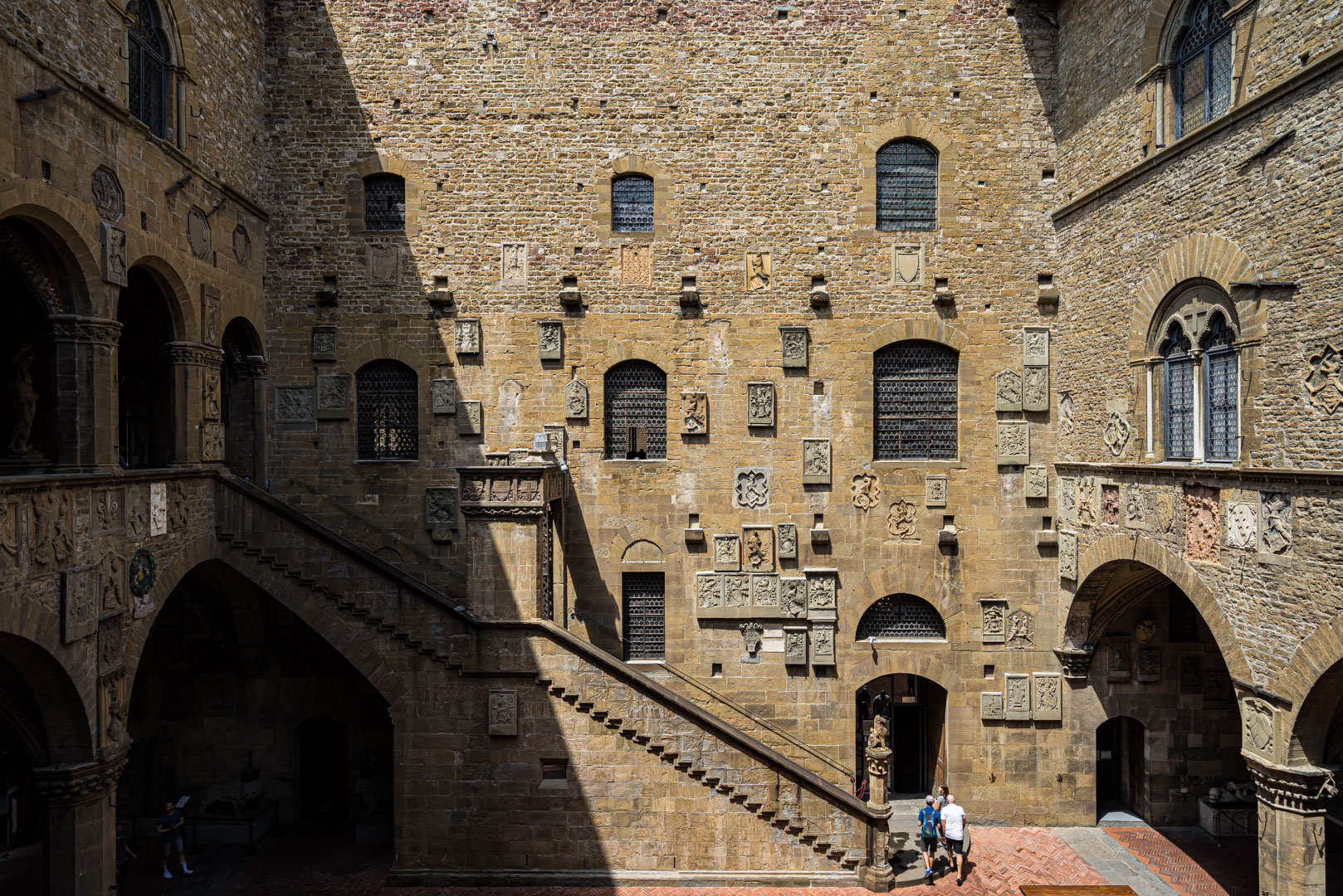 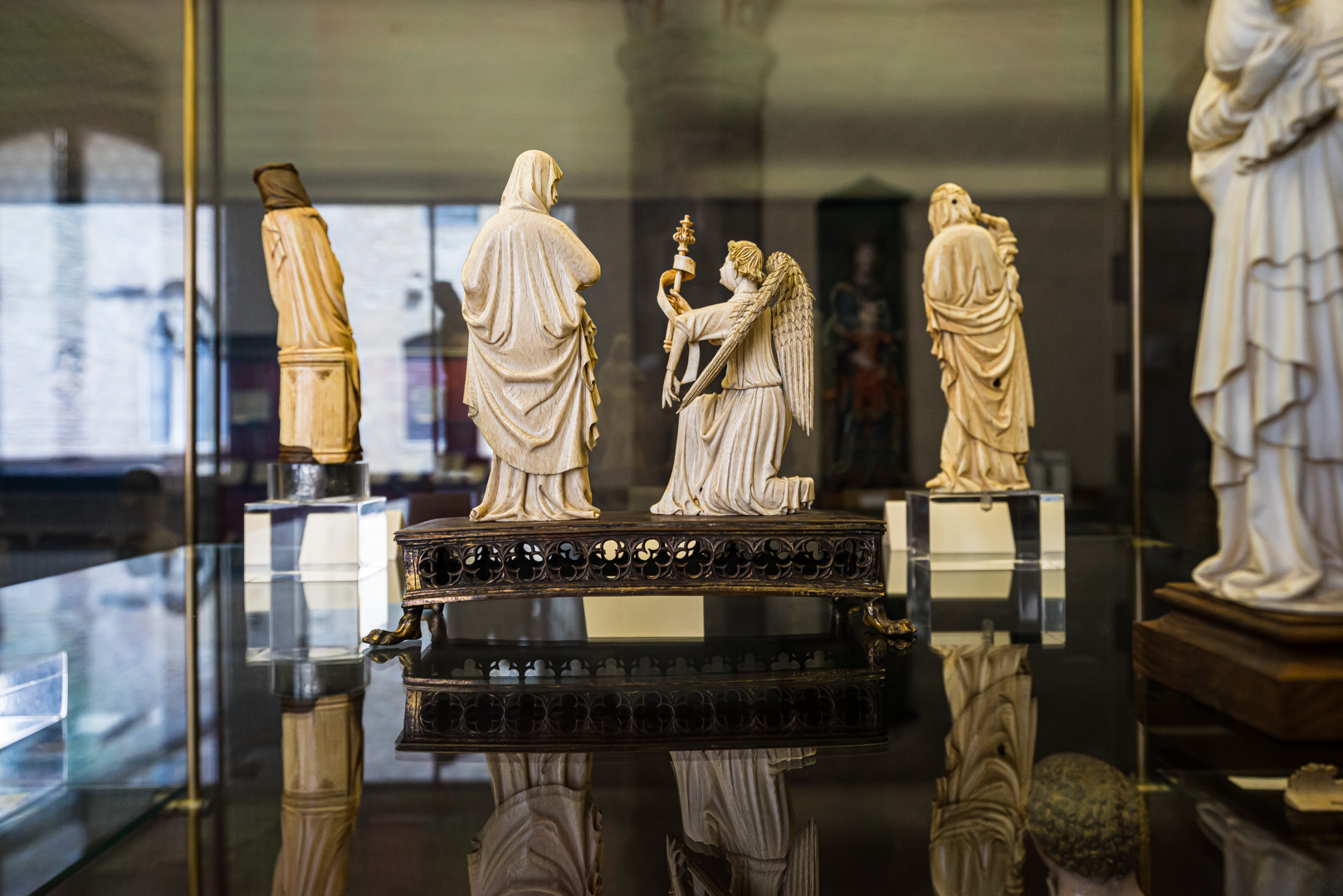 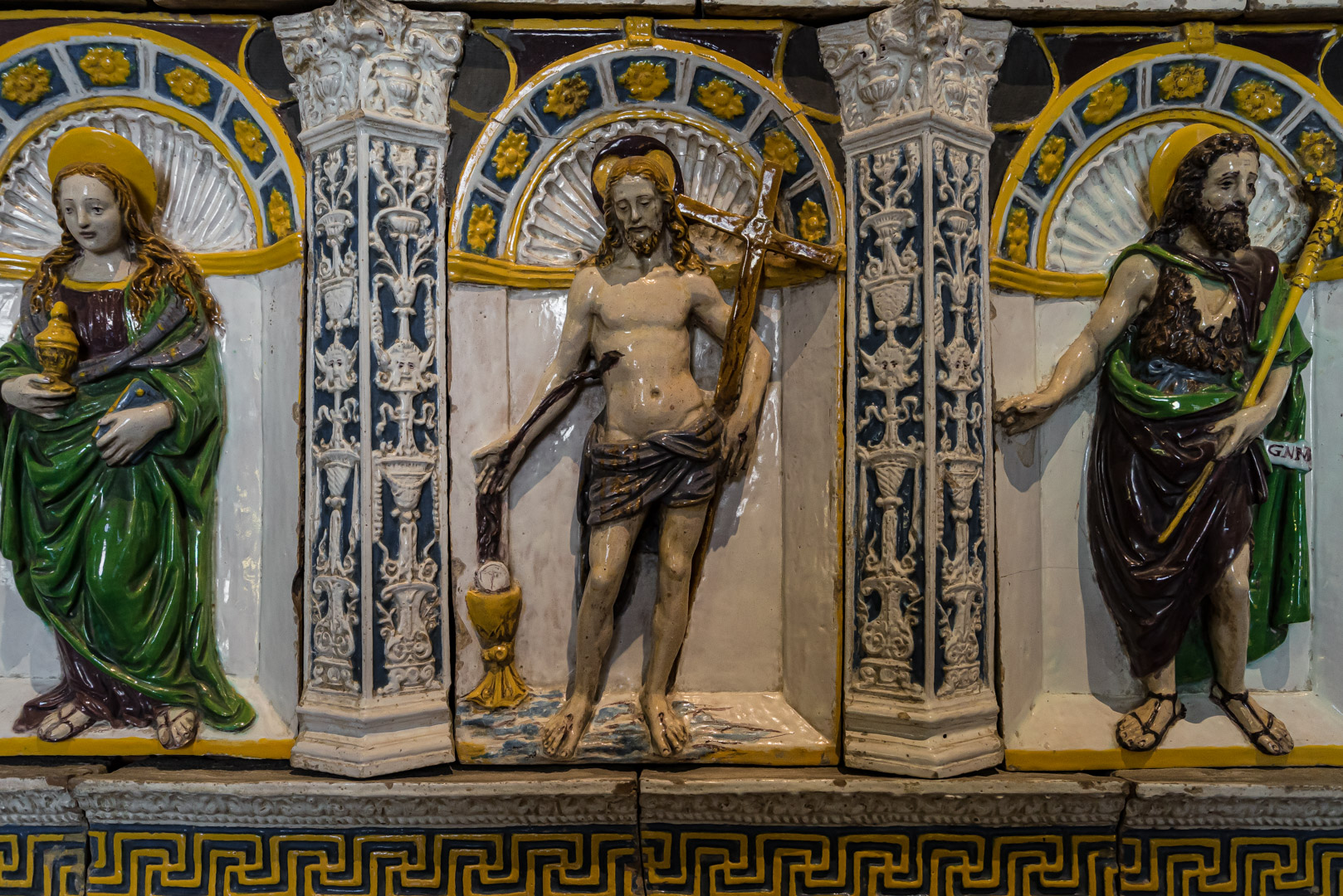 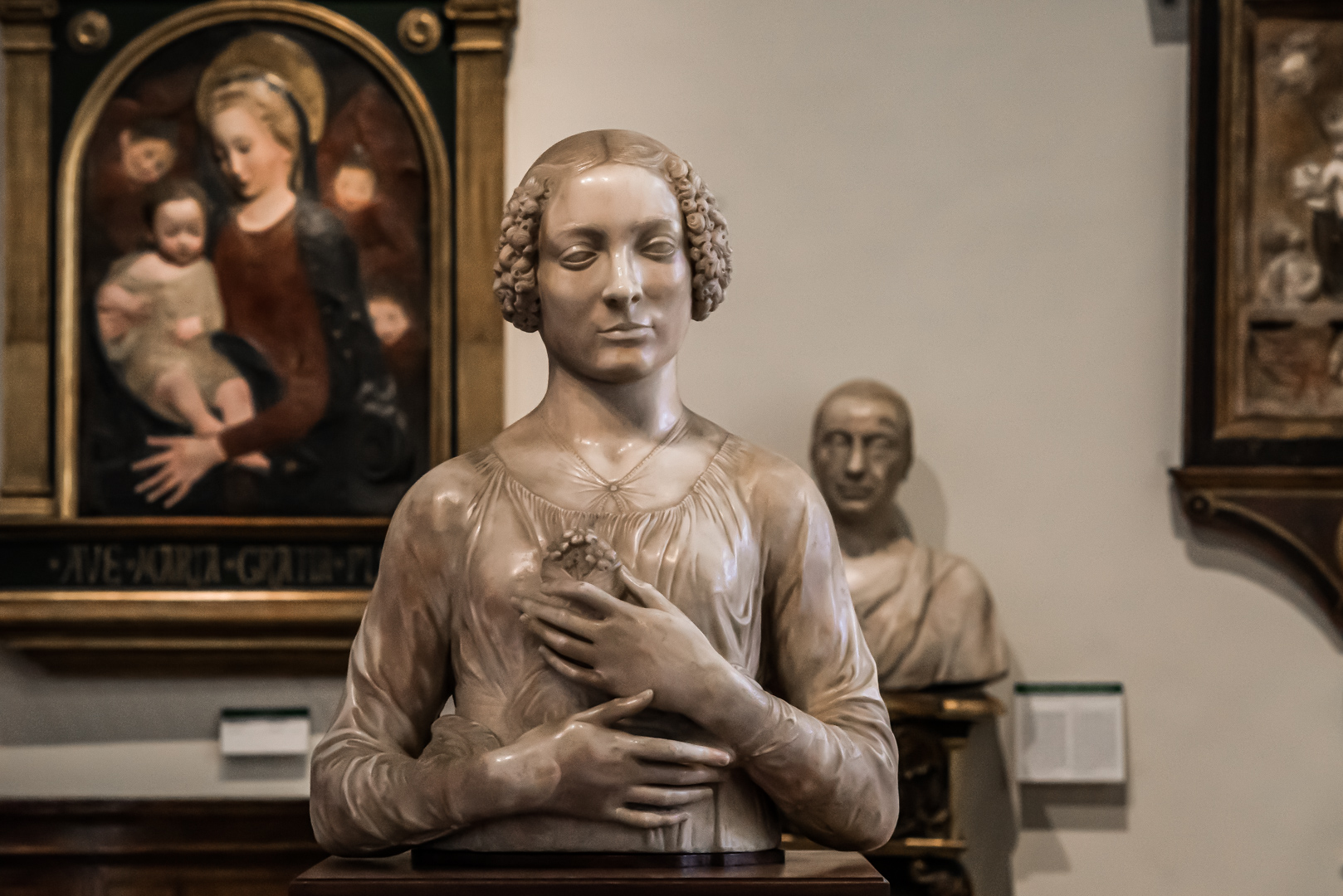 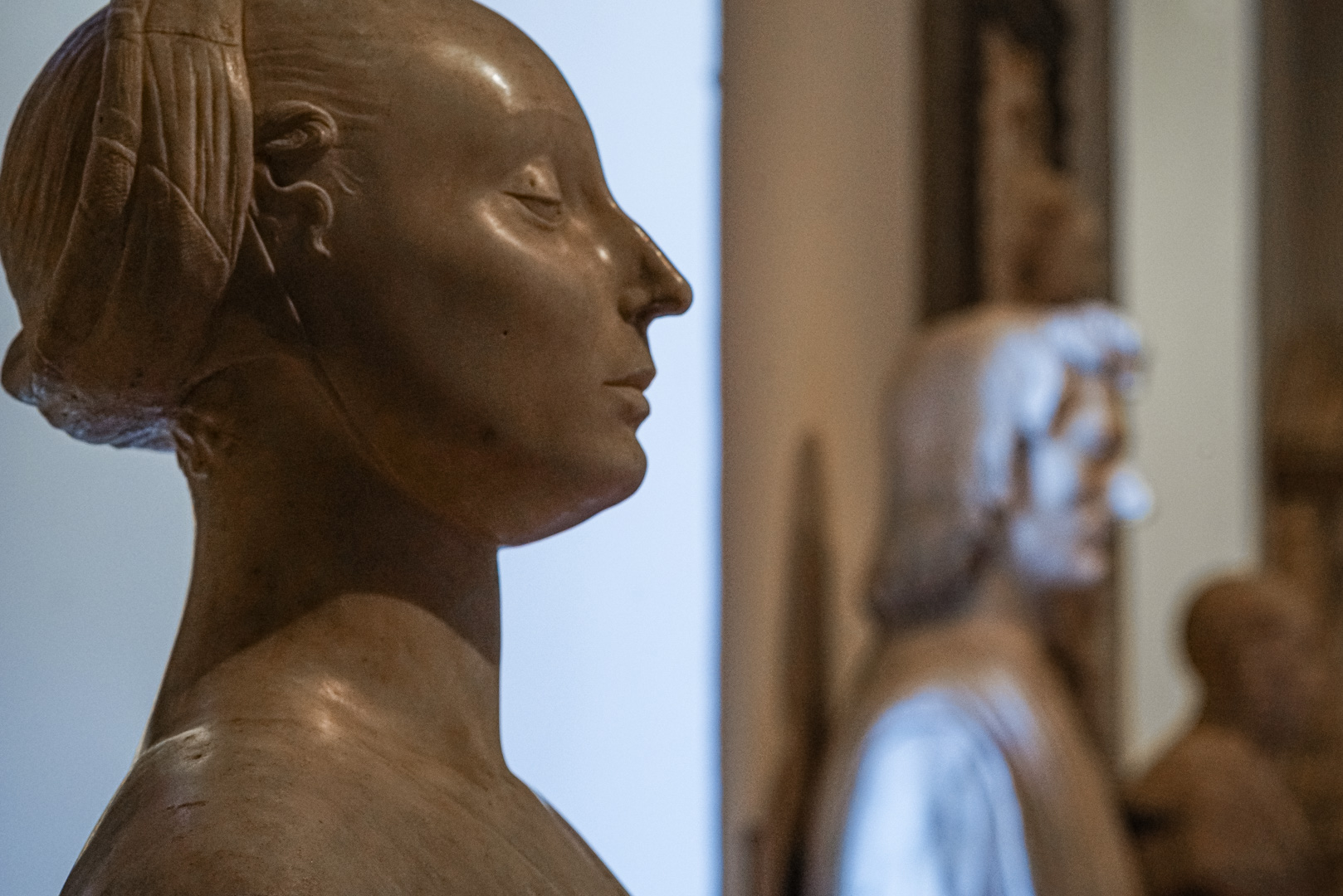 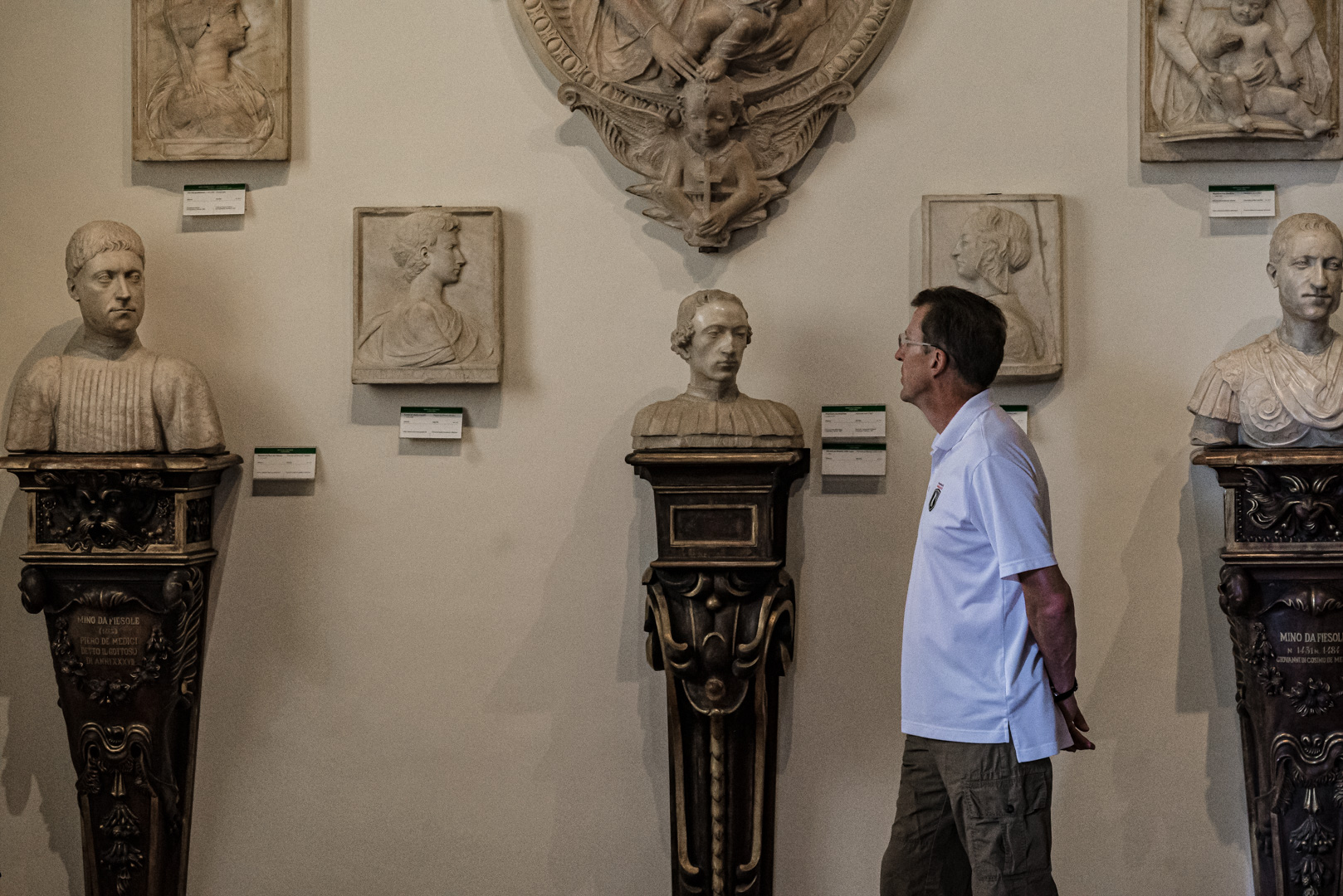 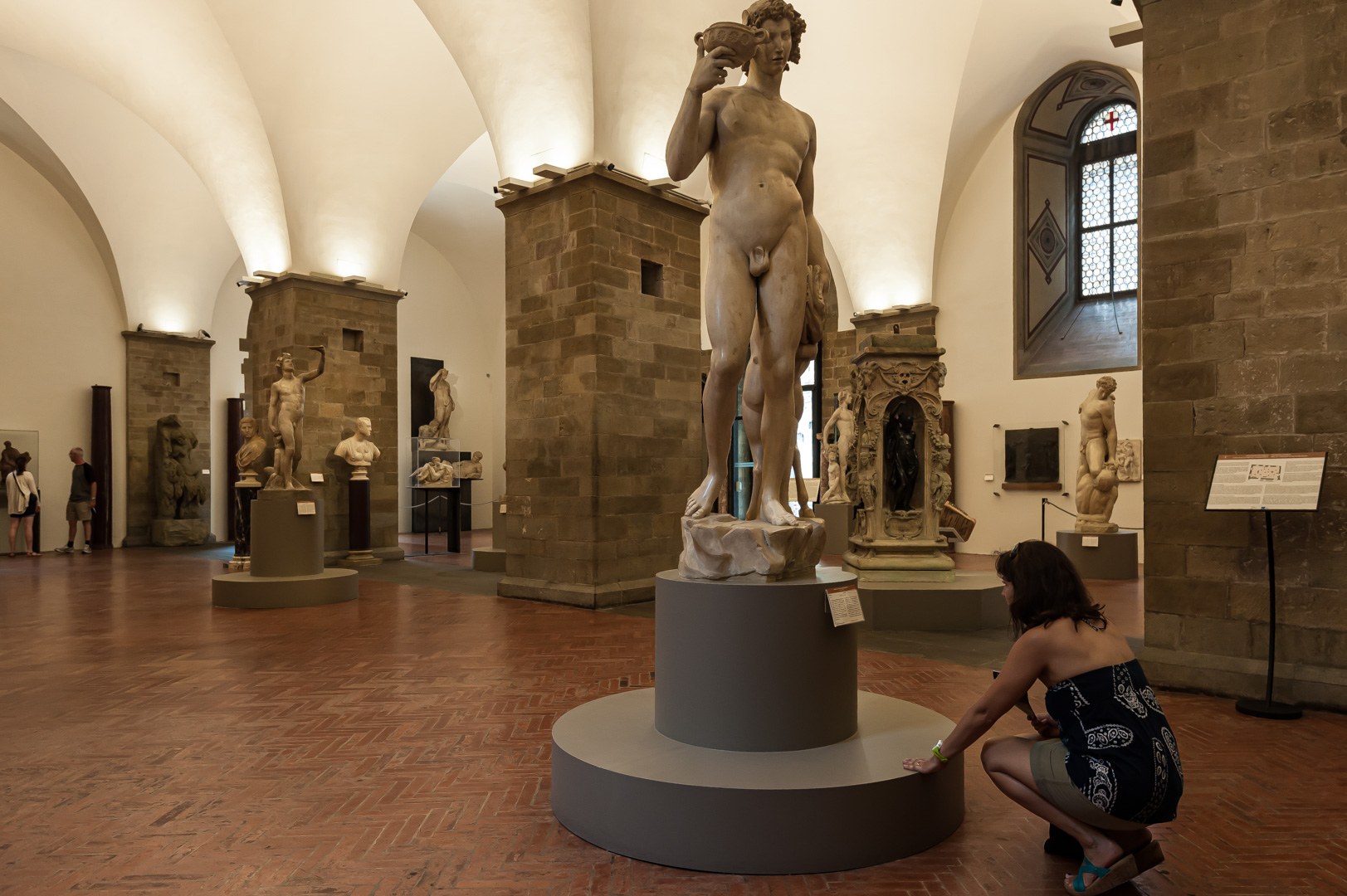 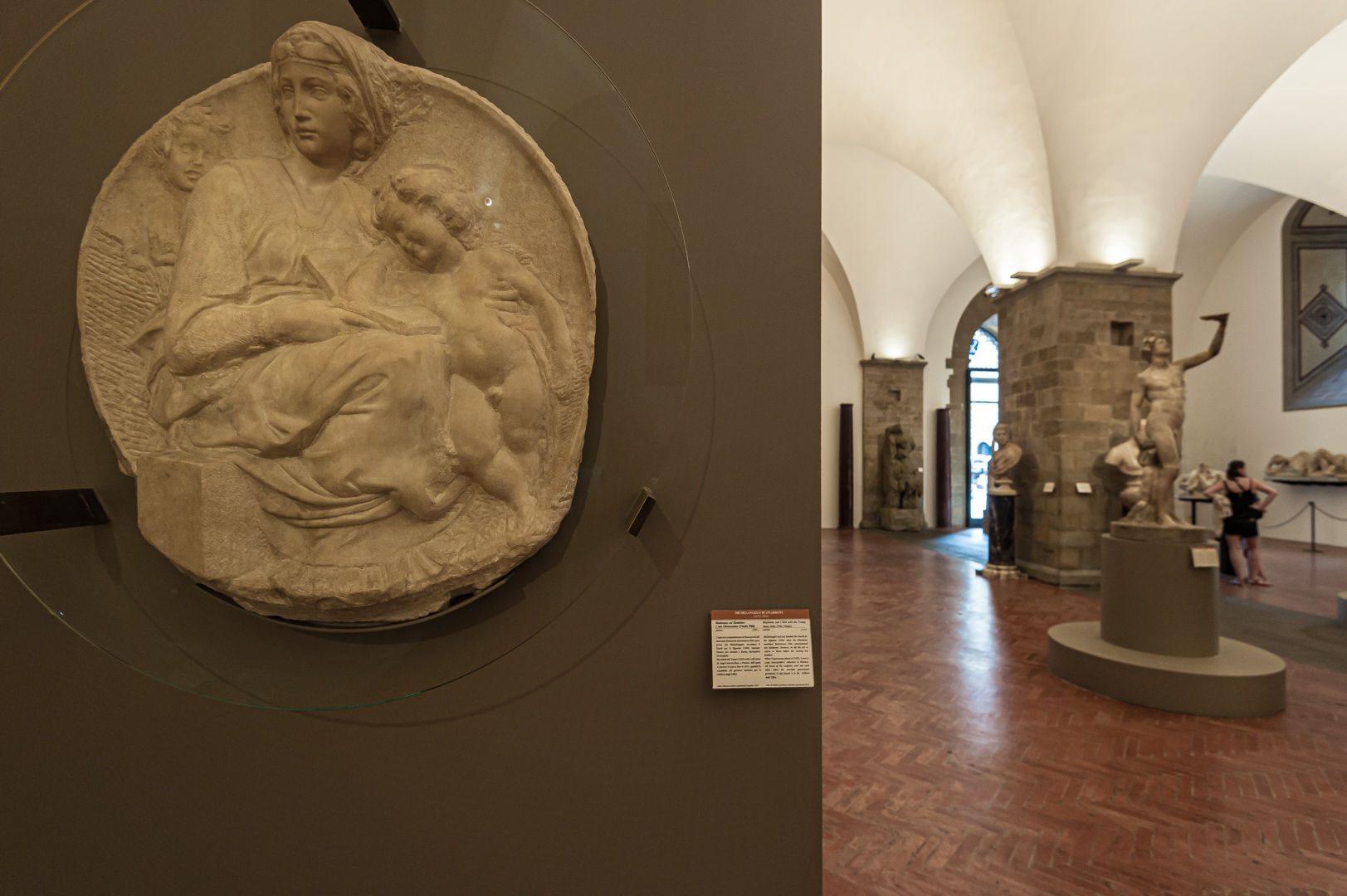 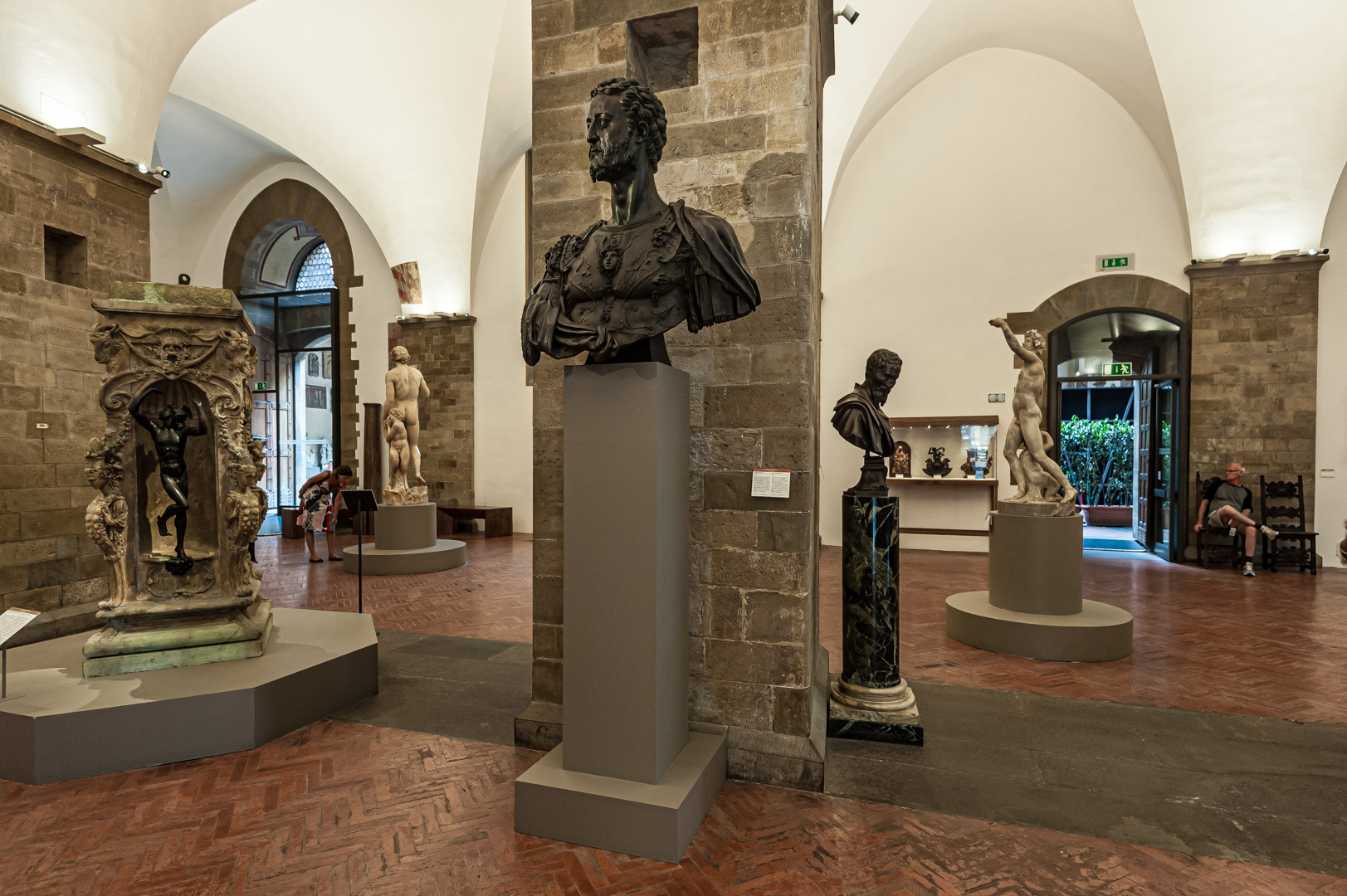 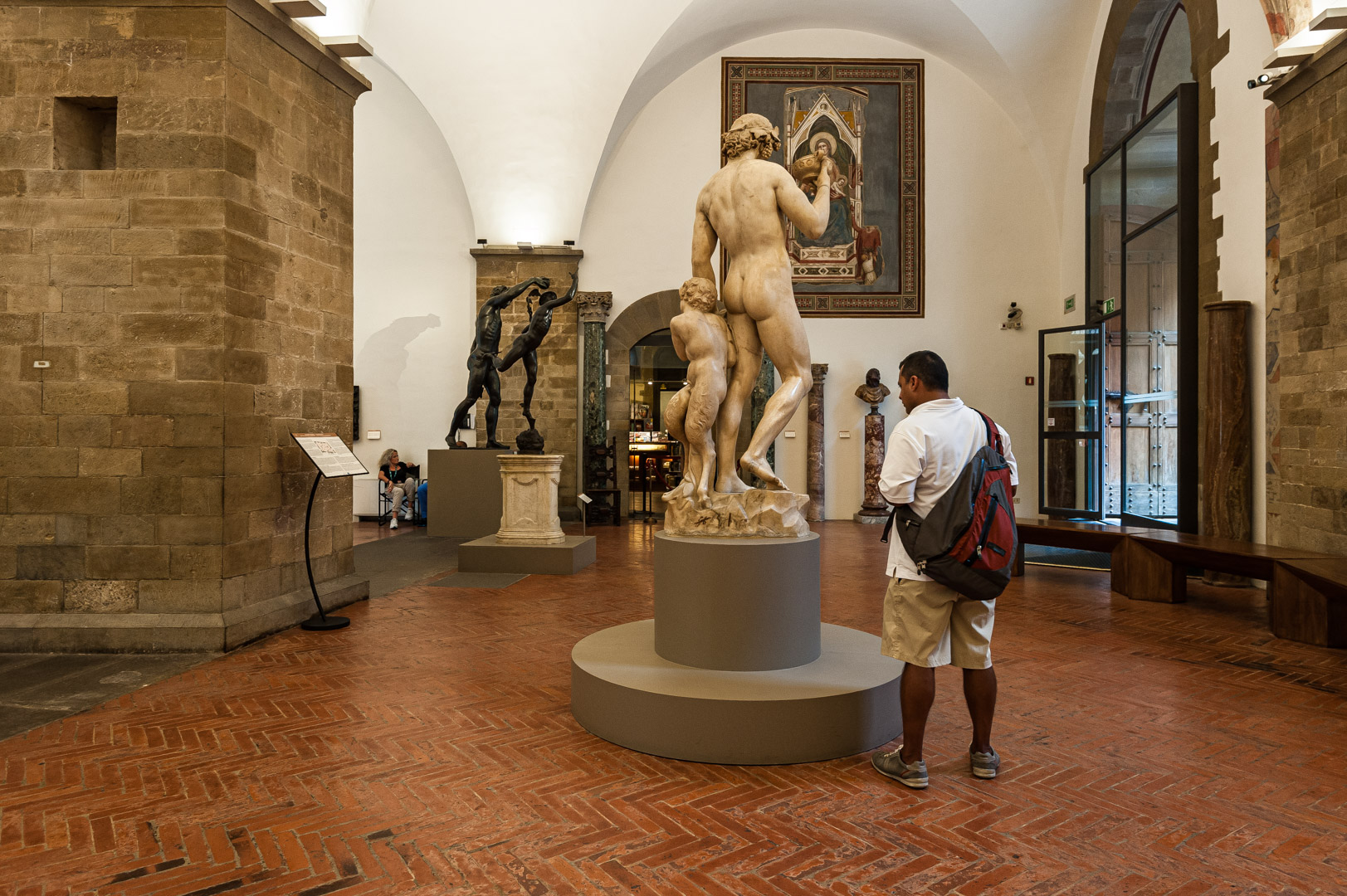