THE SAINT NICHOLAUS CHURCH IN PRAGUE

built between 1704 and 1755 in Malá Strana, is the greatest example of local baroque 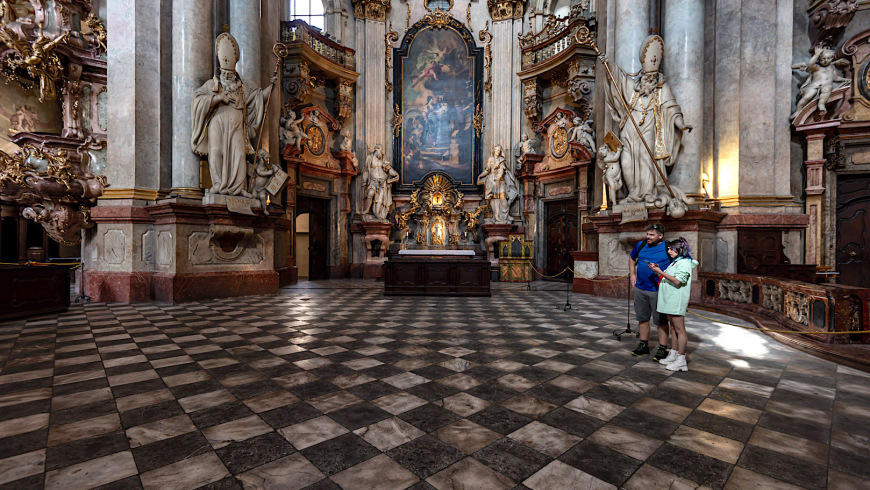 The Church of Saint Nicholas (Czech: Kostel svatého Mikuláše) is a baroque church in the Lesser Town of Prague (Malá Strana). It was built between 1704-1755 on the site where formerly a Gothic church from the 13th century stood, which was also dedicated to Saint Nicholas. It has been described as the greatest example of Prague Baroque. Count Wenceslaus Kolowrat-Liebsteinsky (1634 – 1659)  was the largest patron of the church. He donated his entire estate, worth 178,500 gold, for its construction. The new plans involved an intricate geometrical system of interconnected cylinders with a central dome above the transept. The massive nave with side chapels and an undulating vault based on a system of intersecting ellipsoids was apparently built by Christoph Dientzenhofer.  The pillars between the wide spans of the arcade supporting the triforium were meant to maximize the dynamic effect of the church. The chancel and its characteristic copper cupola were built in 1737-1752, this time using plans by Christoph’s son, Kilian Ignaz Dientzenhofer. In 1752, after Dientzenhofer’s death in 1751, the construction of the church tower was completed. During the years the church continued to expand its interior beauty. Following the abolition of the Jesuit Order by Pope Clement XIV, St Nicholas became the main parish church of the Lesser Town in 1775. The church excels not only in the architecture, but also in the decoration, external facade is brownish color, has a fresco inside the 70 m high dome by František Xaver Palko. The interior is further decorated with sculptures by František Ignác Platzer.  The baroque organ has over 4,000 pipes up to six metres in length and was played by Mozart in 1787. Mozart’s spectacular masterpiece, Mass in C, was first performed in this Church shortly after his visit. The 79 m tall belfry is directly connected with the church’s massive dome and offers great panoramic view, was unlike the church completed in Rococo forms in 1751-1756 by Anselmo Lurago. During the communist era the church tower was used as an observatory for state security since from there it was possible to keep watch on the American and  the West German embassies. 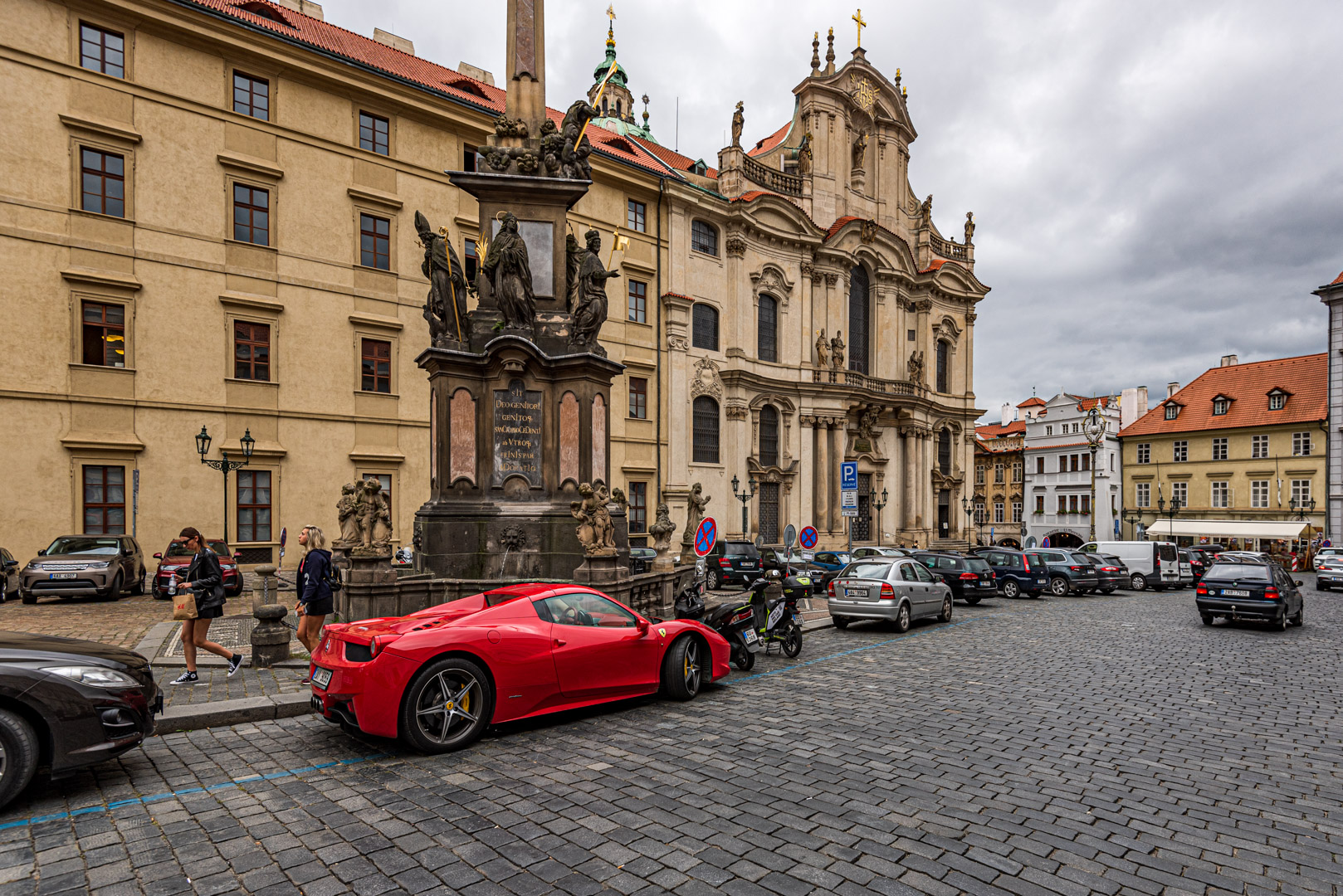 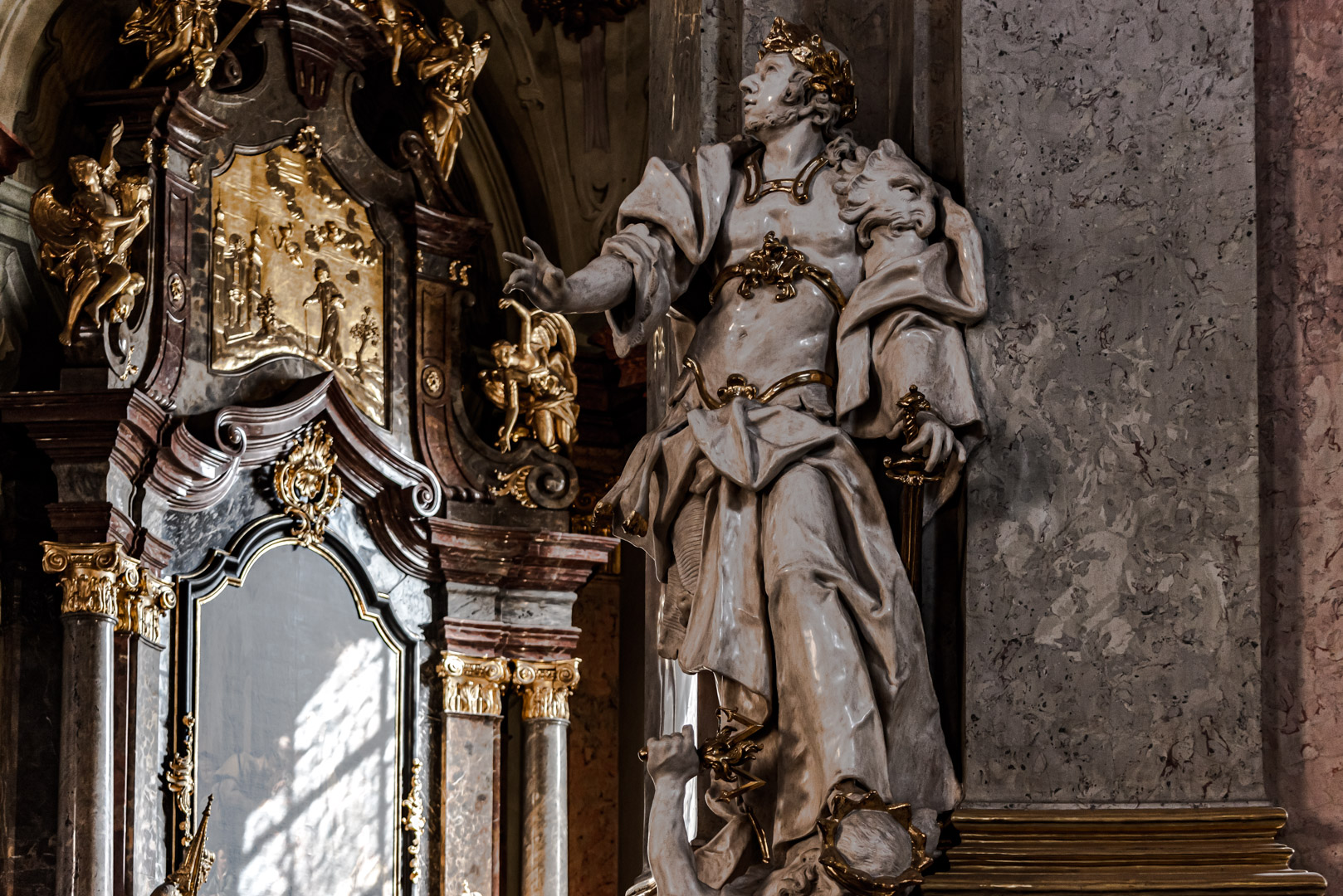 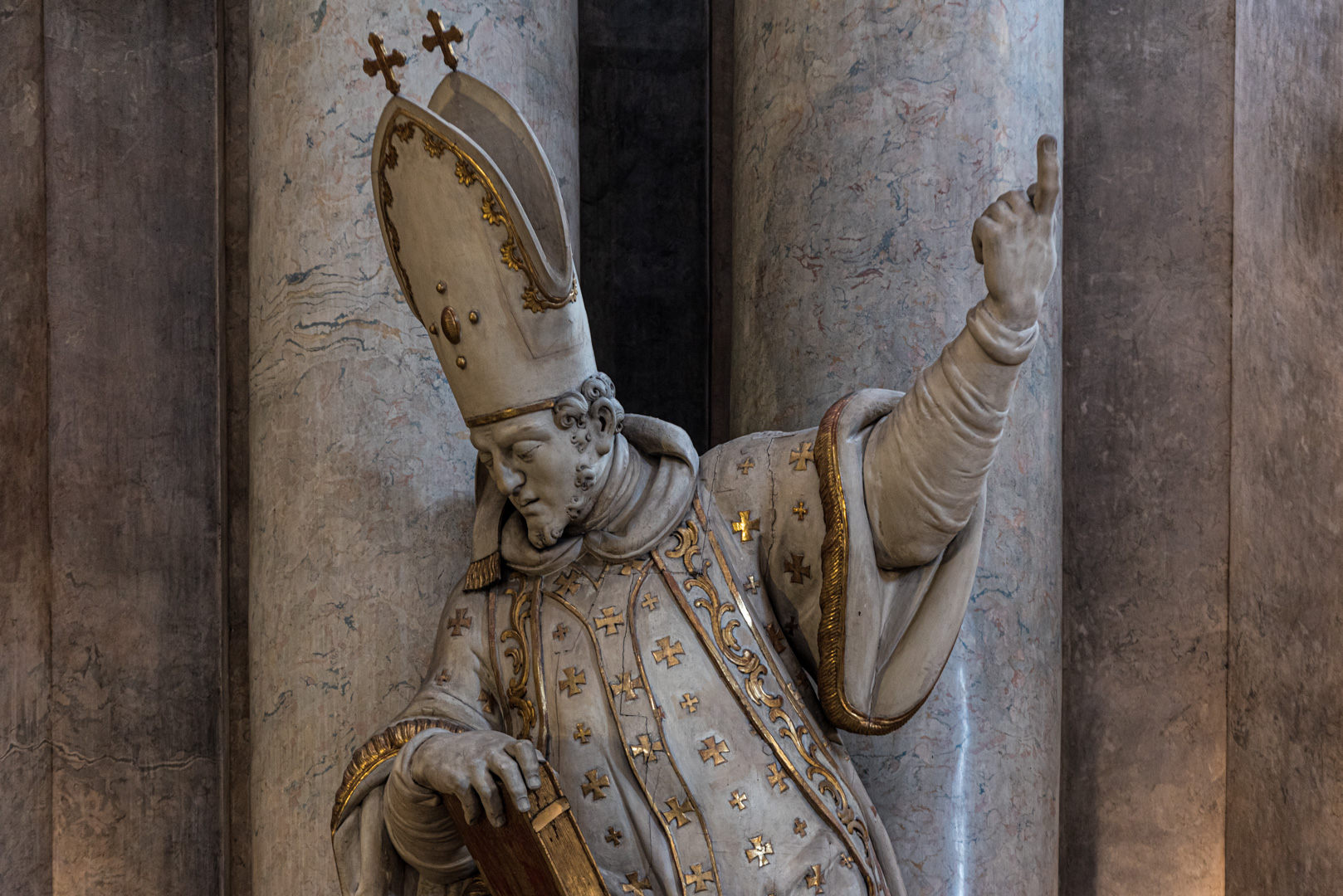 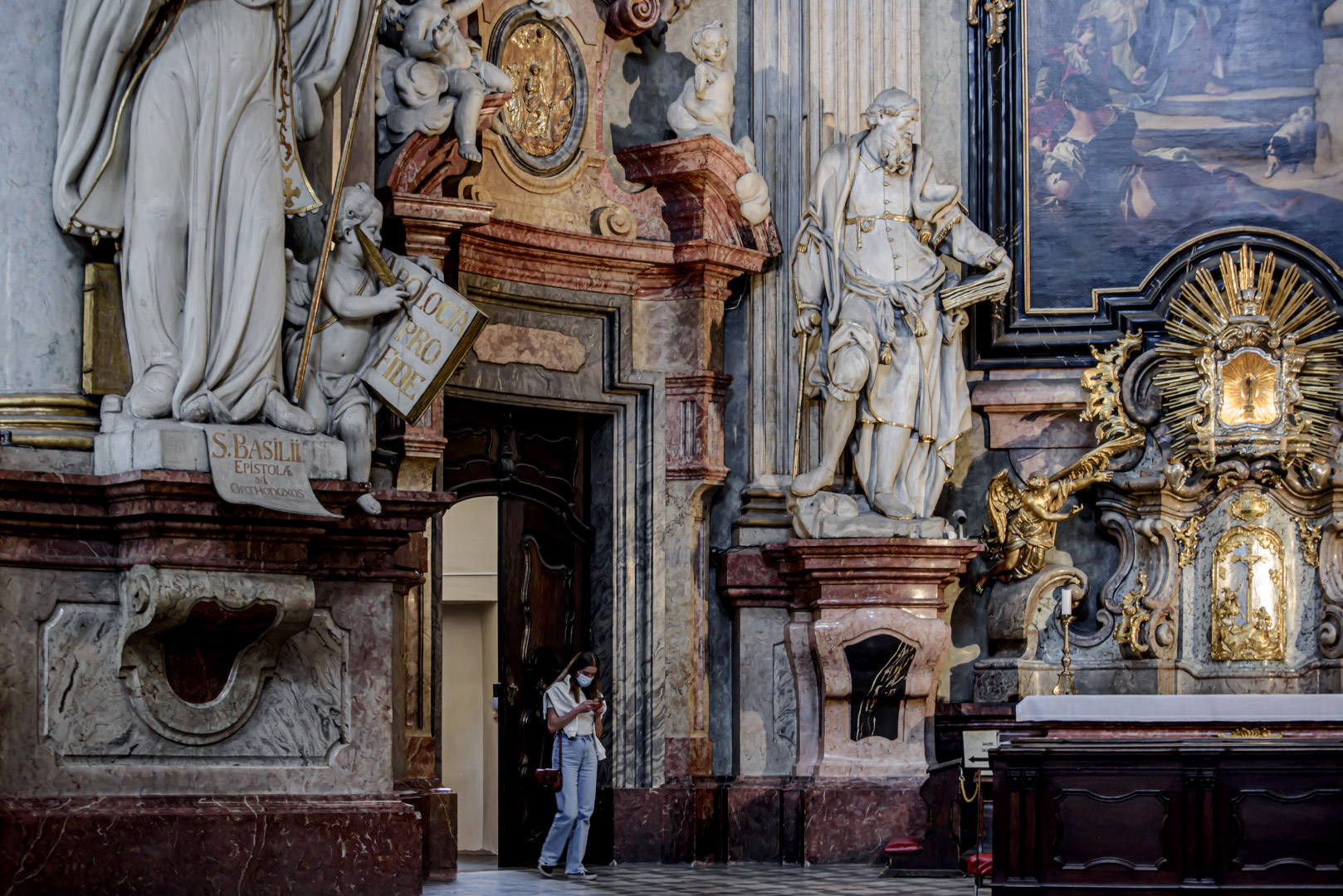 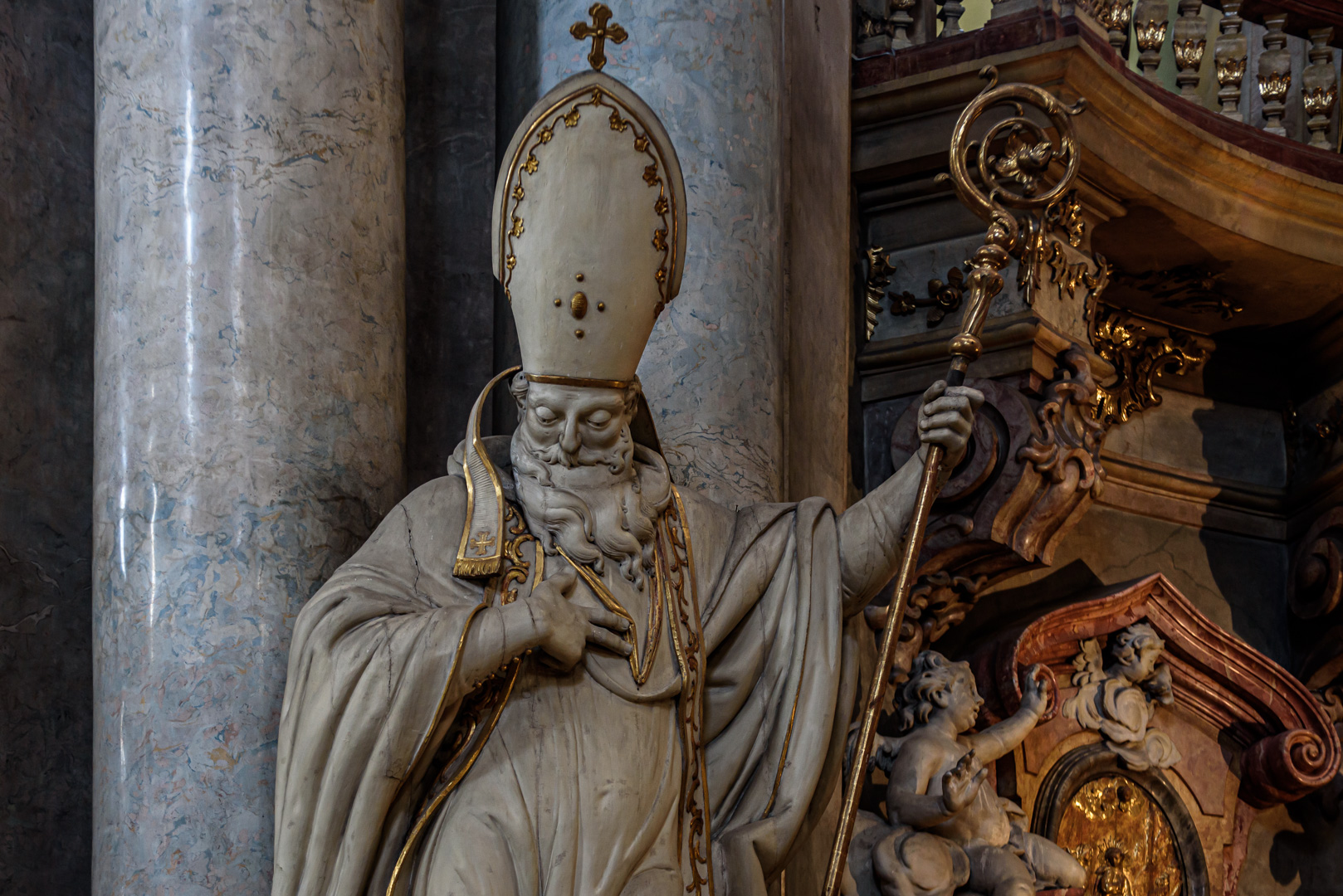 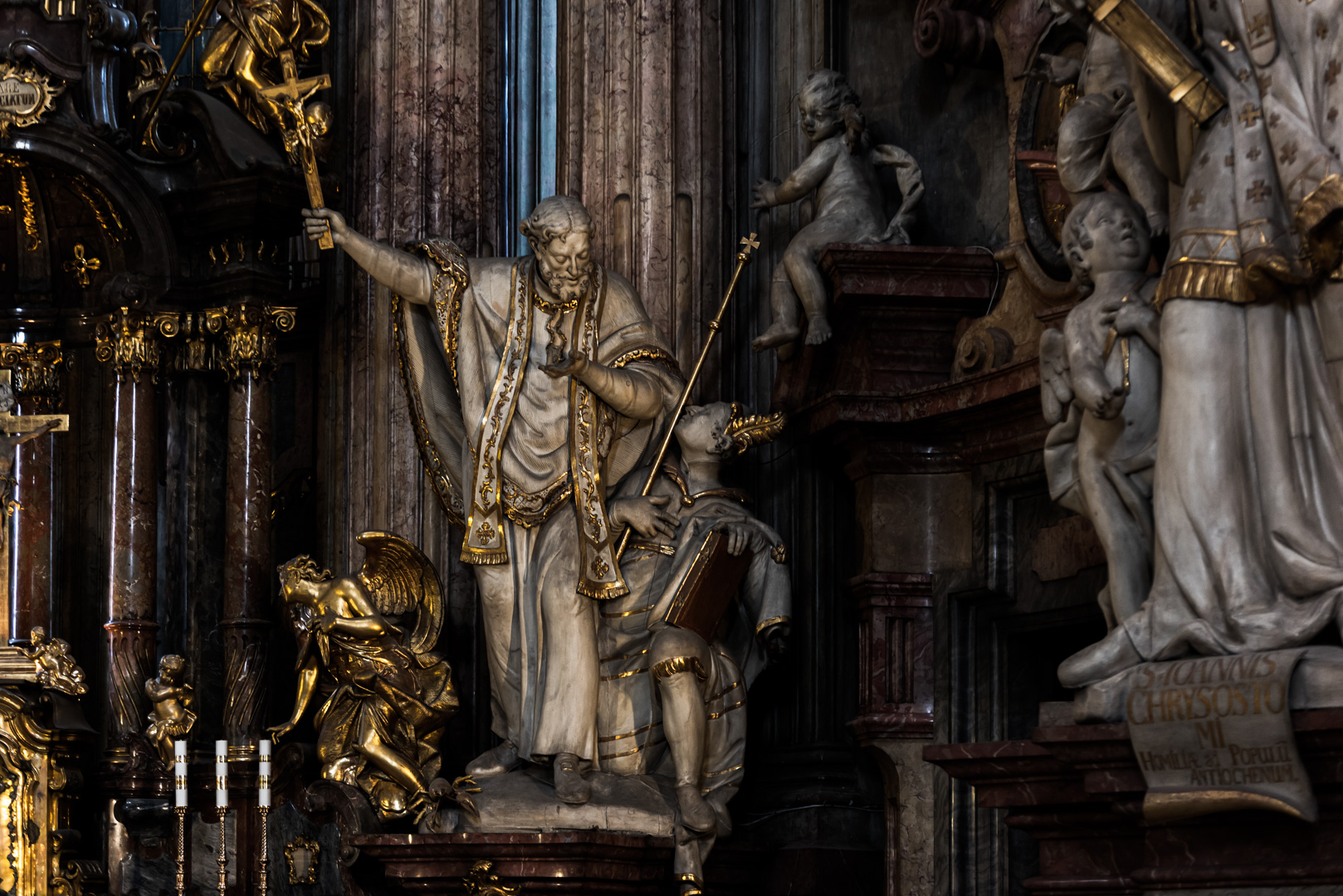 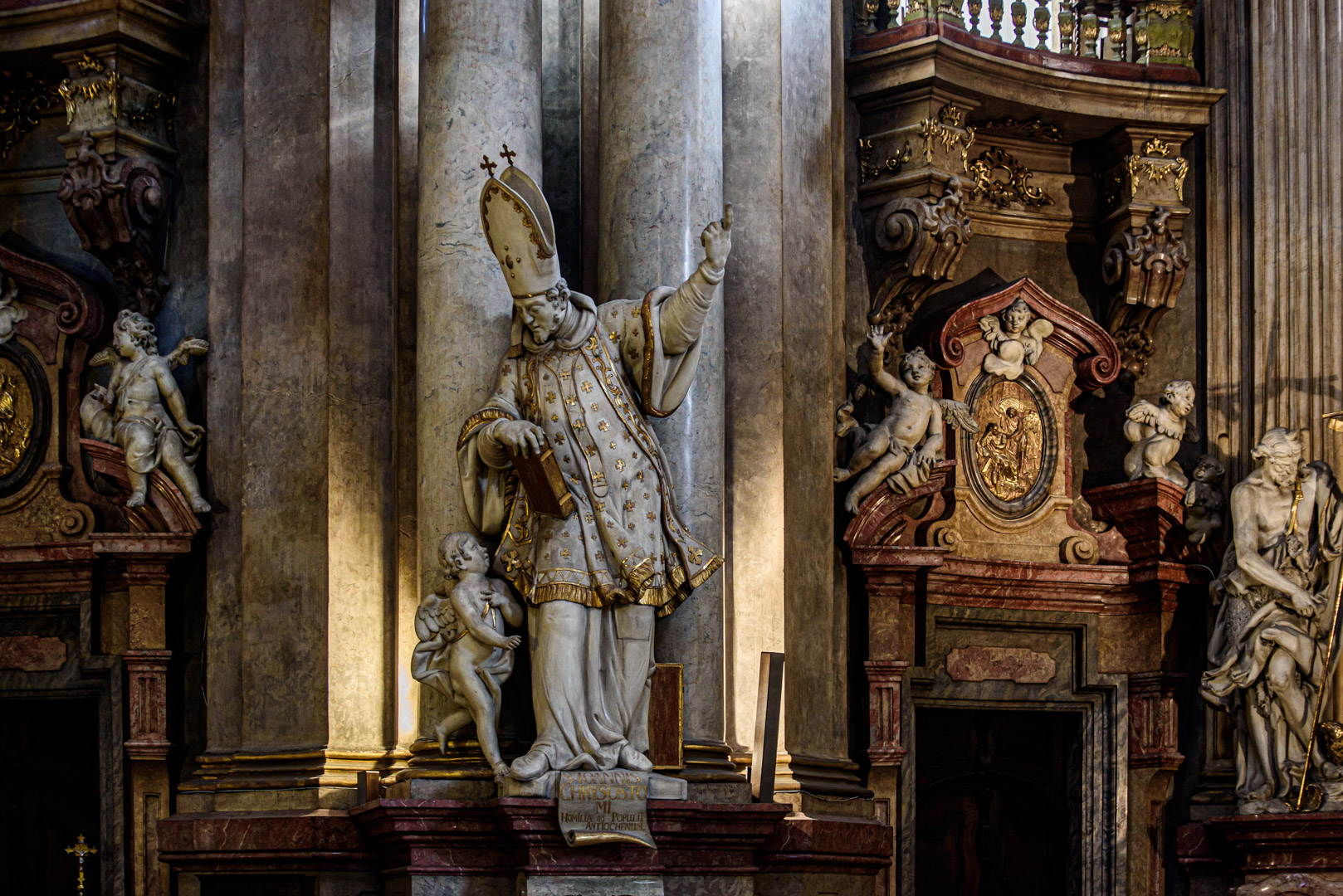 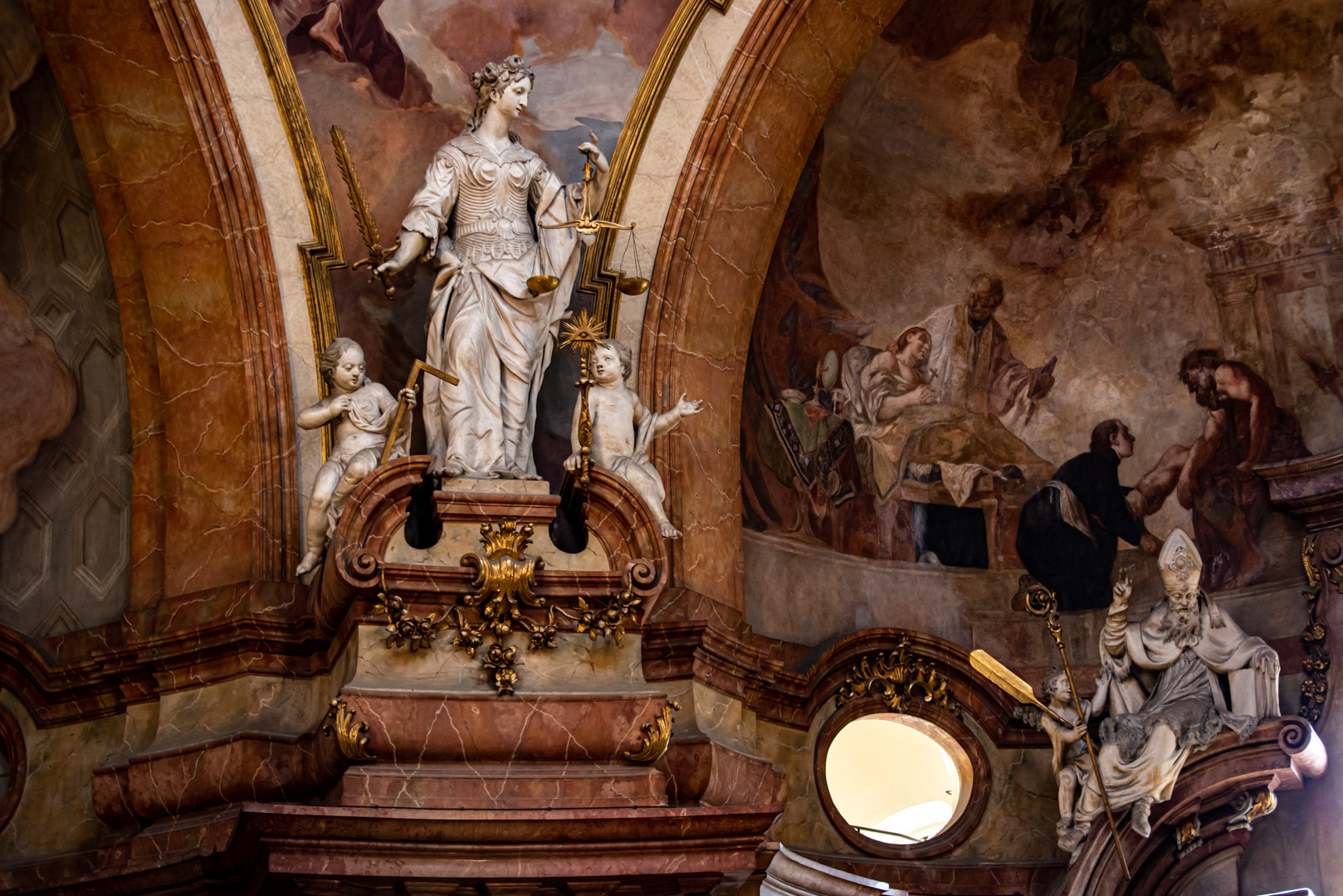 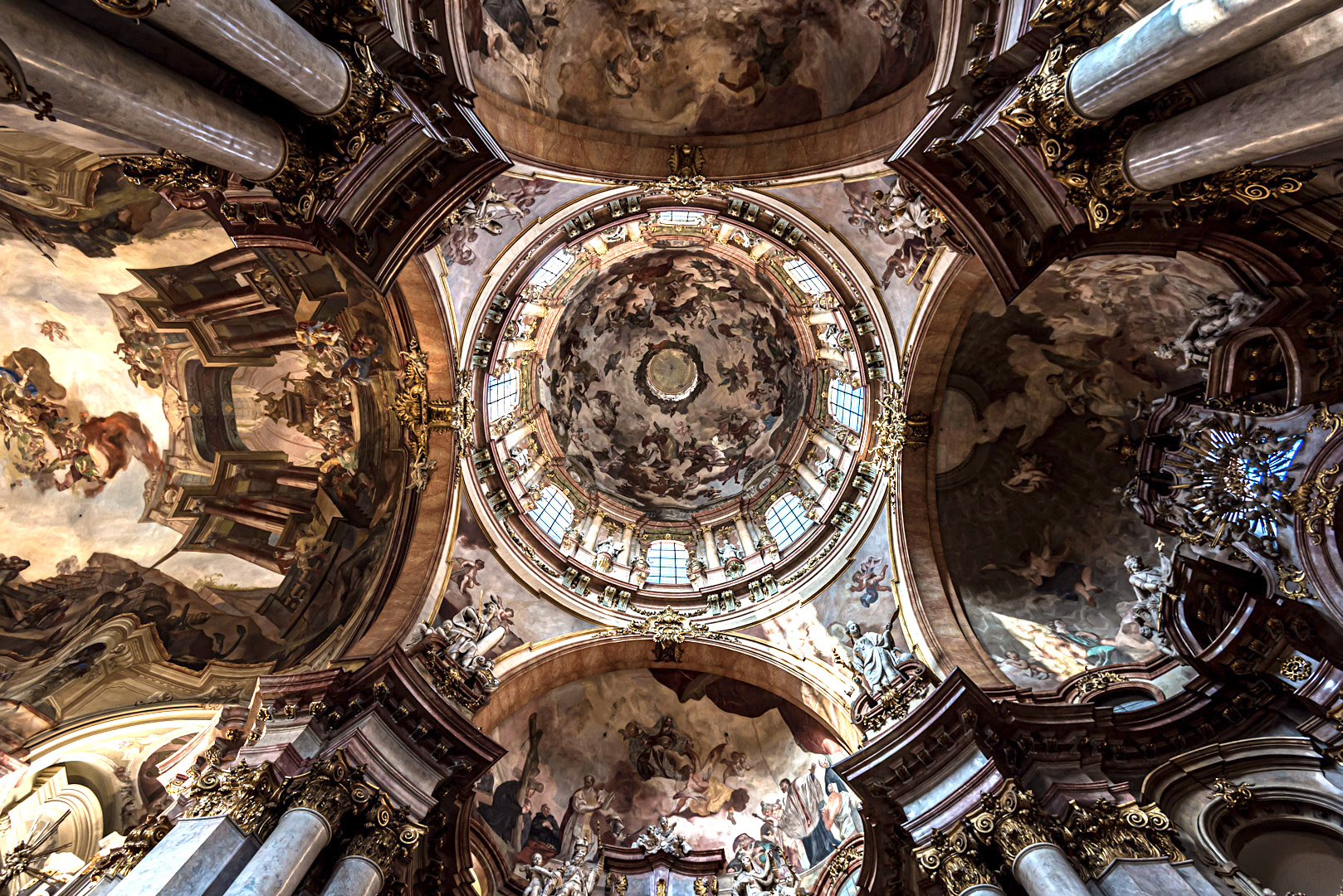 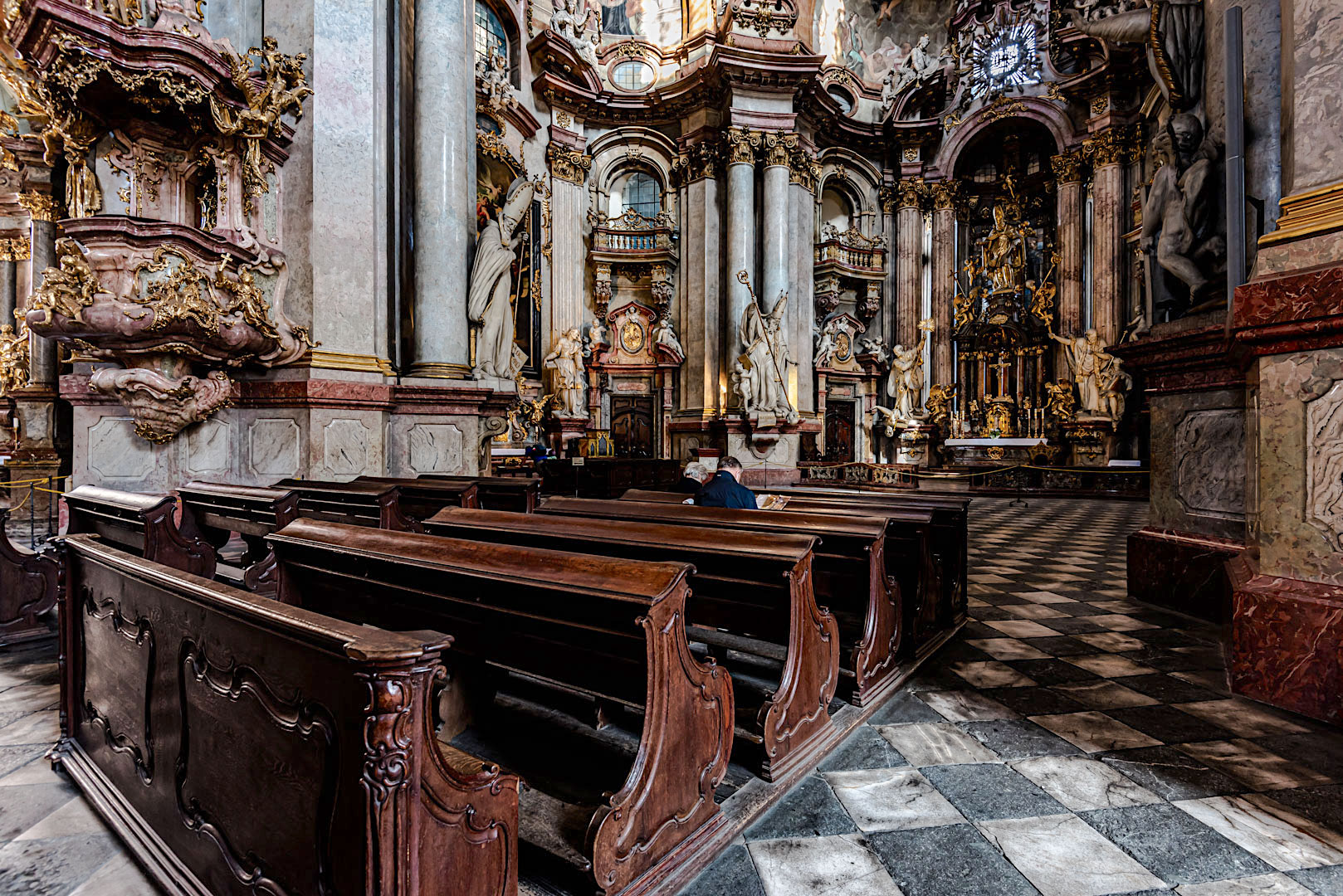 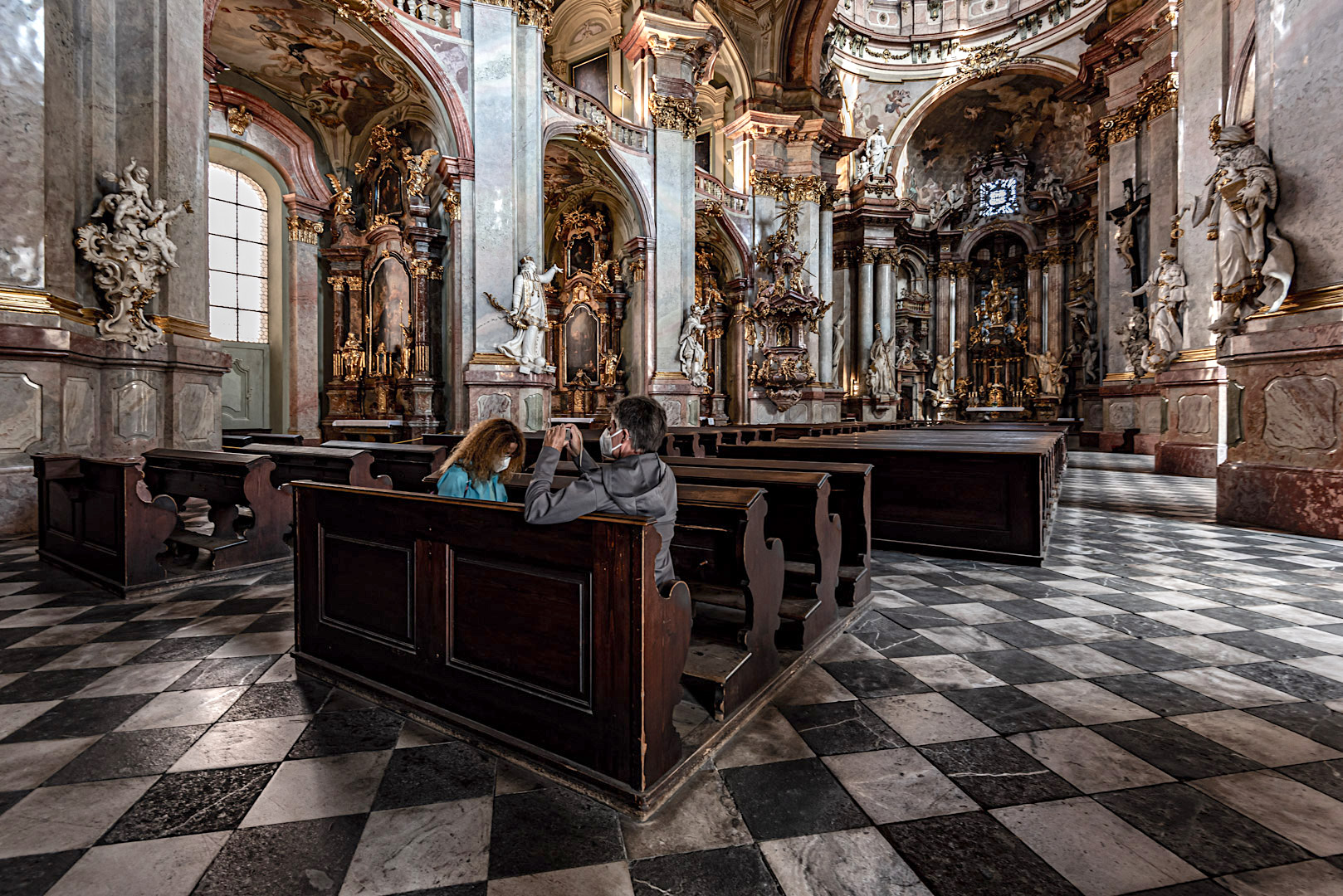