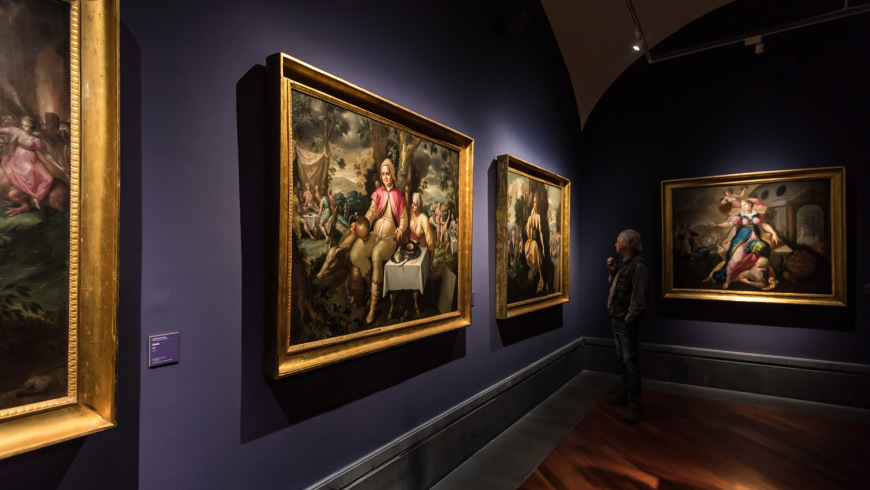 Jacob de Backer [Antwerp (?) c. 1555 – c. 1585)] was a  painter and draughtsman active in Antwerp between 1571 and 1585. Even though he died young, the artist was very prolific, and an extensive body of work in a late-Mannerist style, clearly influenced by Italian models, has been attributed to him. Scholars do not agree on his life span, nor the definitive scope of his oeuvre. The series of the “Seven Deadly Sins” was bought in Antwerp by Alessandro Farnese’s secretary Cosimo Masi in 1594, and taken to Parma. Confiscated to Ranuccio Farnese, following the 1611 conspiracy, the works, that arrived in Naples from Parma, were preserved in the warehouses of the Real Museo Borbonico. Sent to Rome to decorate the Camera dei Deputati, they returned to Naples in 1952 where are now in the Museo di Capodimonte. The complex iconography of the canvases provides the representation of sin in the center and in the background episodes from the Old and New Testament. 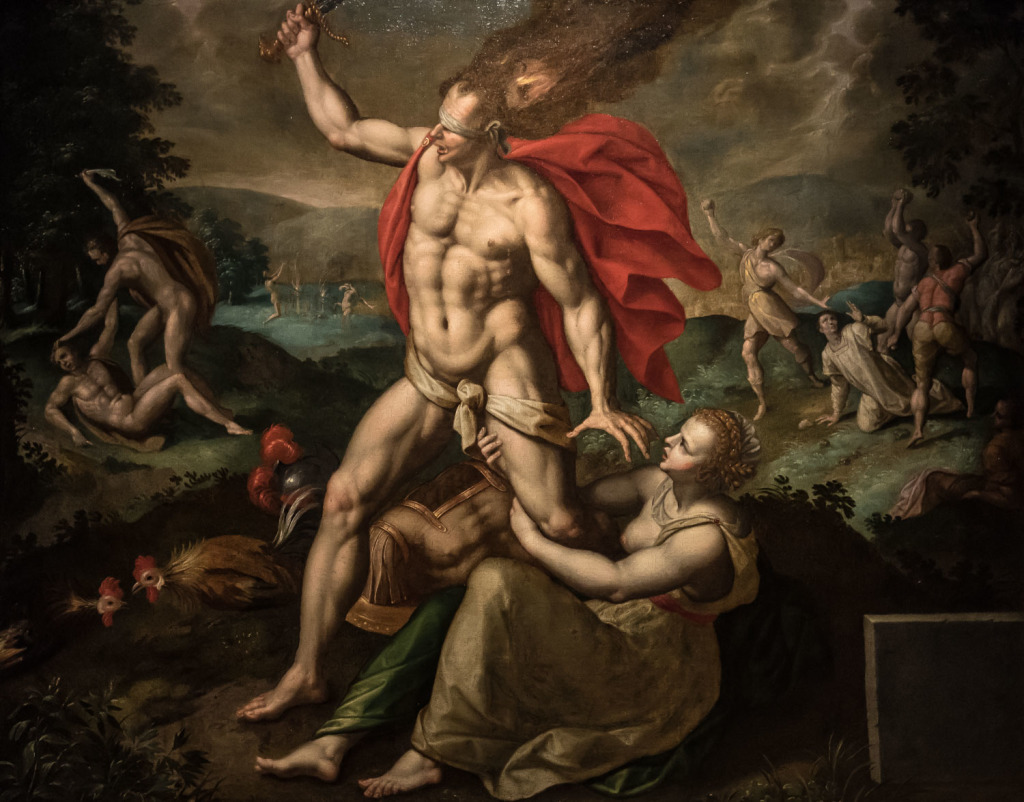 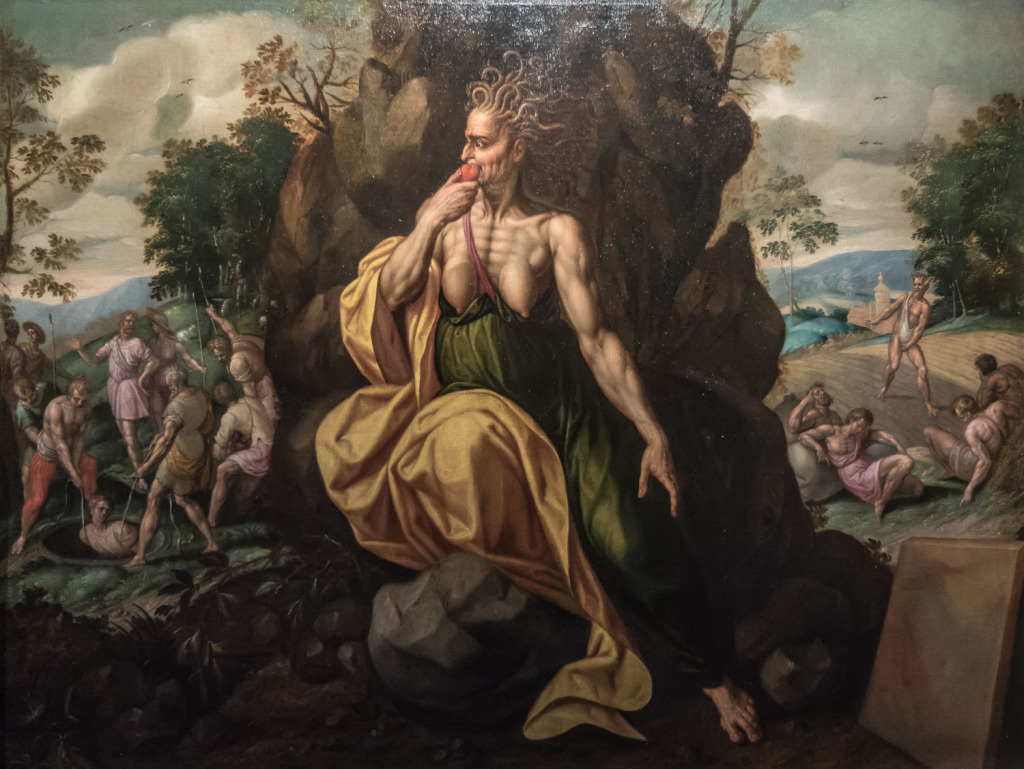 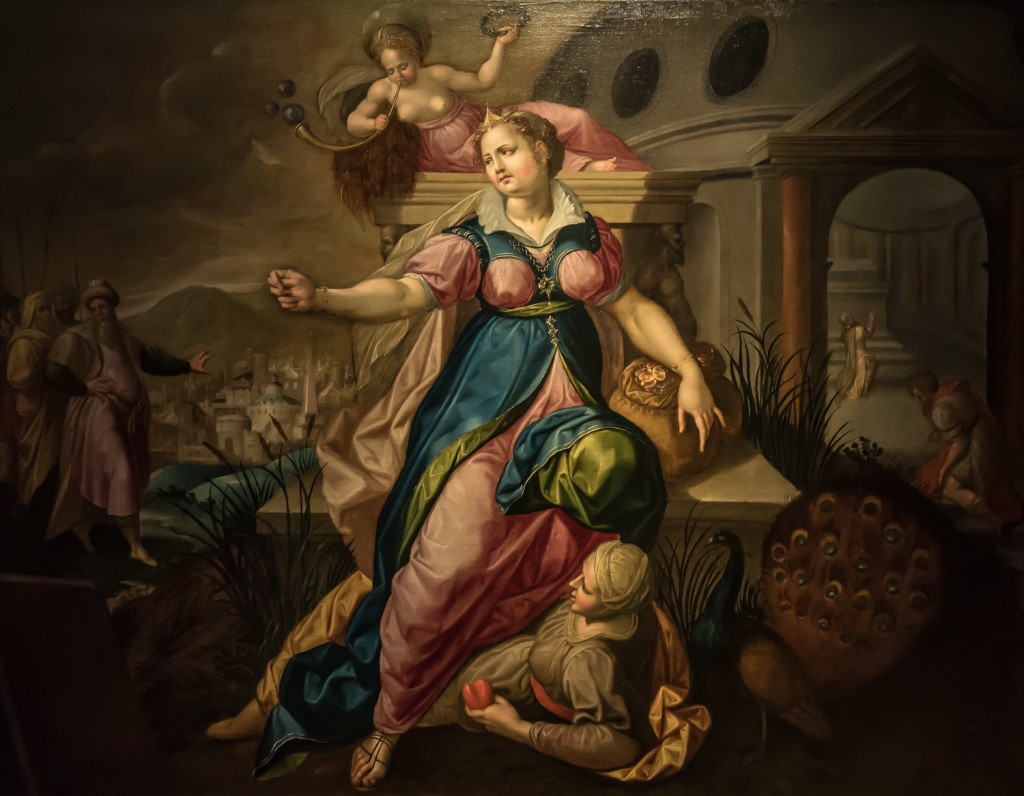 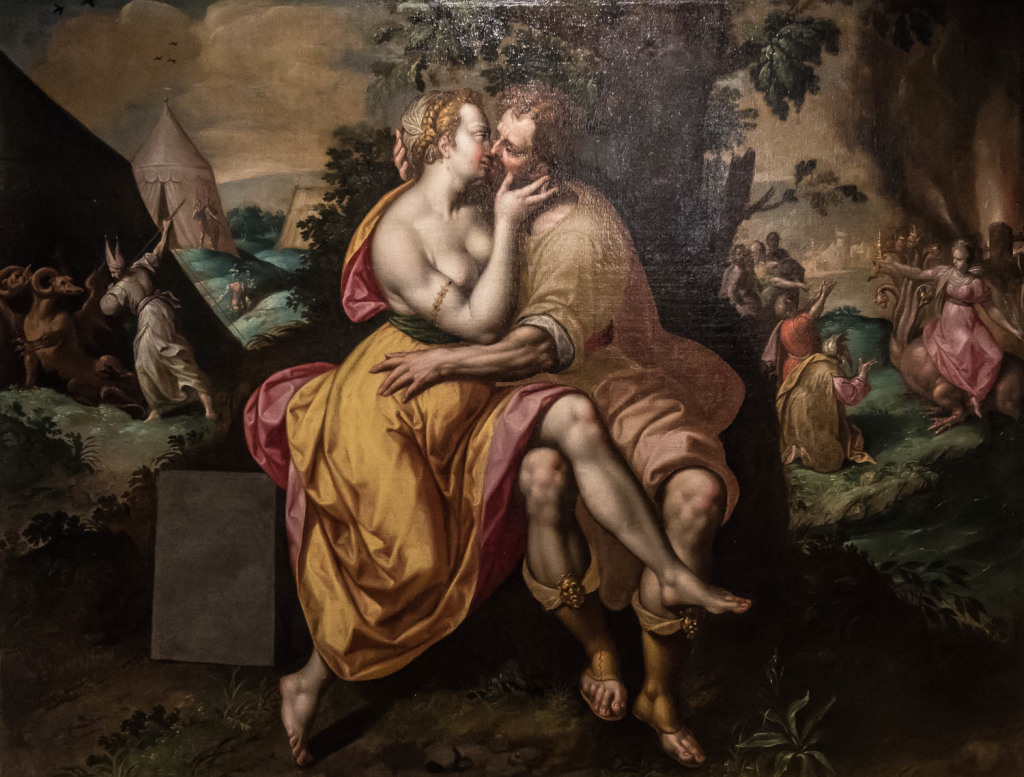 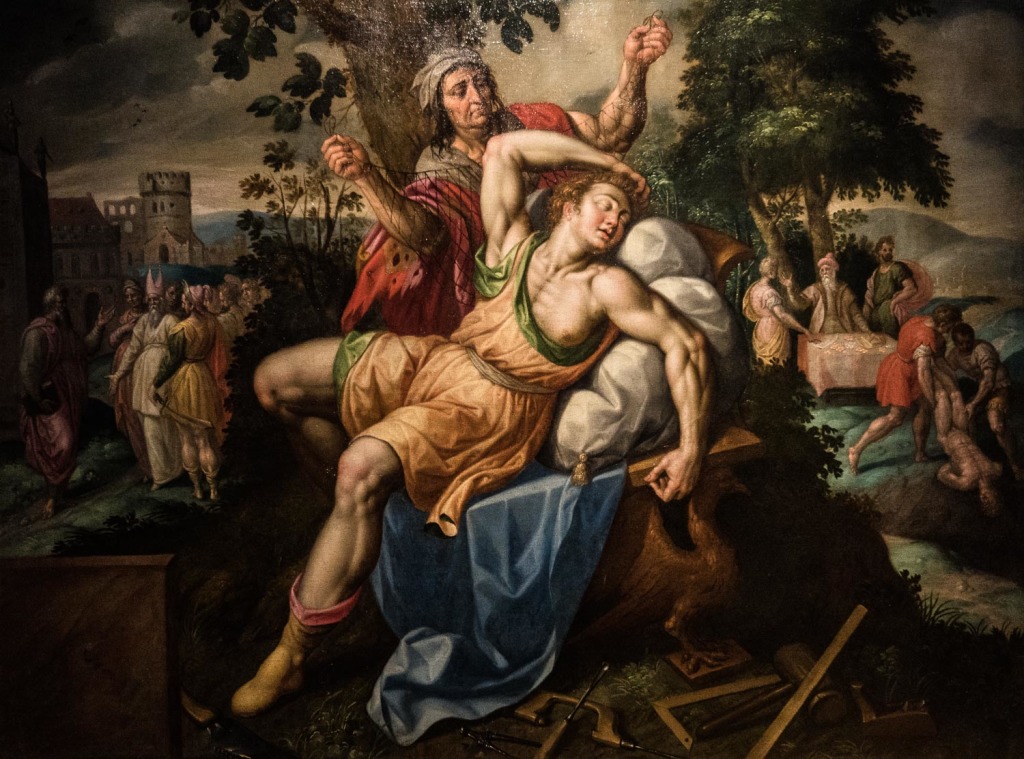 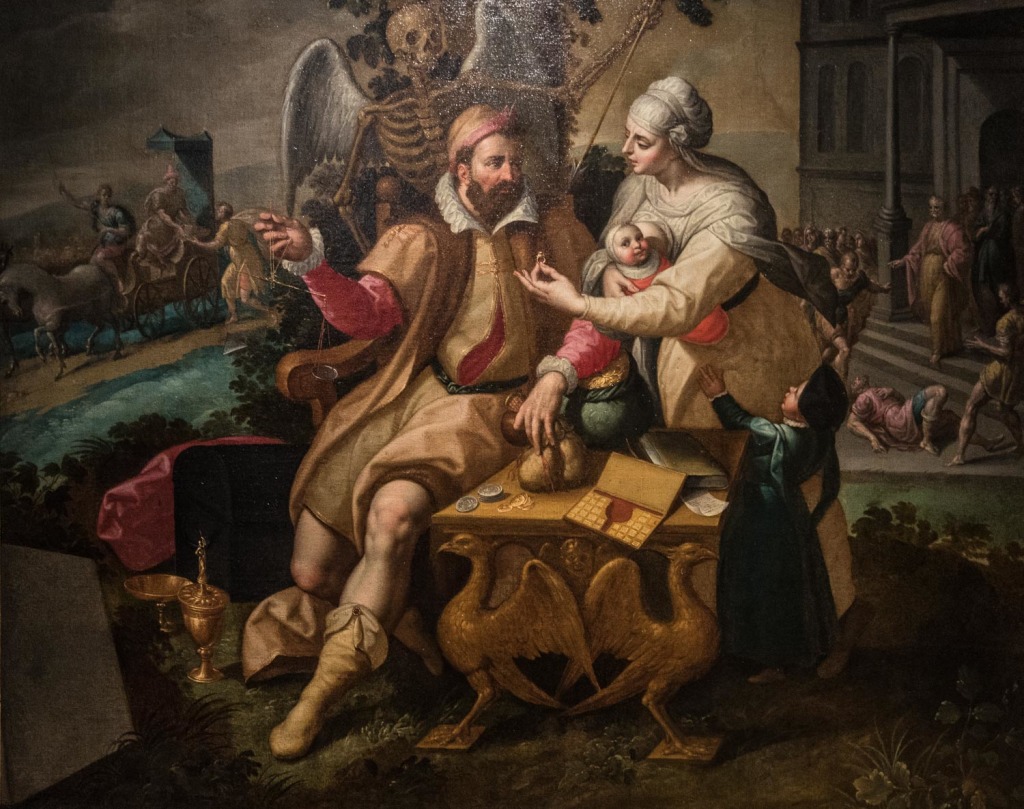 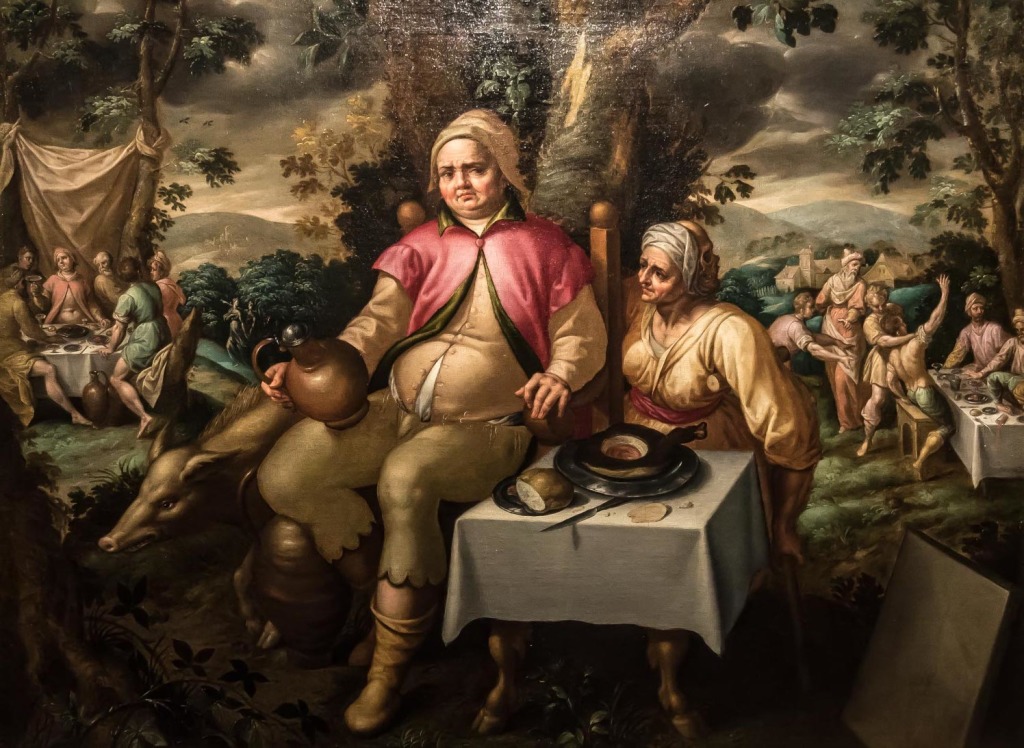