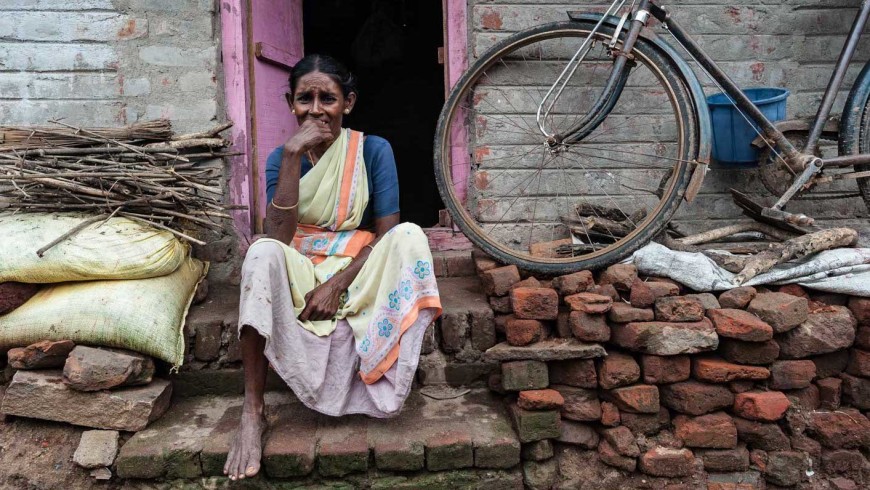 It is 1pm, almost precisely, on December 23rd, 2009 when, attracted by a tabernacle that protects a little Madonna in pink dress, I ask the driver who escorts me to Mysore (Tamil Nadu, Southeast India) to stop the white Ambassador on which we travel . The village in which I am finding myself is nothing but two rows of houses facing each other for about eighty meters. Some have a thatched roof, others with terra-cotta tiles. There are some palm trees. There is electricity, but not the sign with the name of the village, which will remain, for me, “unidentified”. My intrusion into that microcosm does not provoke great reactions in the inhabitants, but the interest of a band of youngsters that will buzz around me without ever being silent until my departure. There are almost only women in front of the doors, busy scraping coconuts. There is a telephone to call all over the world. There are goats and naked children. A grandfather, moved and moving, with his newborn grandchild in his arms. There is a man that the children torment like the village idiot, and a Holy Family hung on a nail on a wall. Everyone wants to be portrayed. I do it, and at 1.15pm I go back to the car. With 24 more photos in my camera’s memory and countless mixed feelings in  mine. 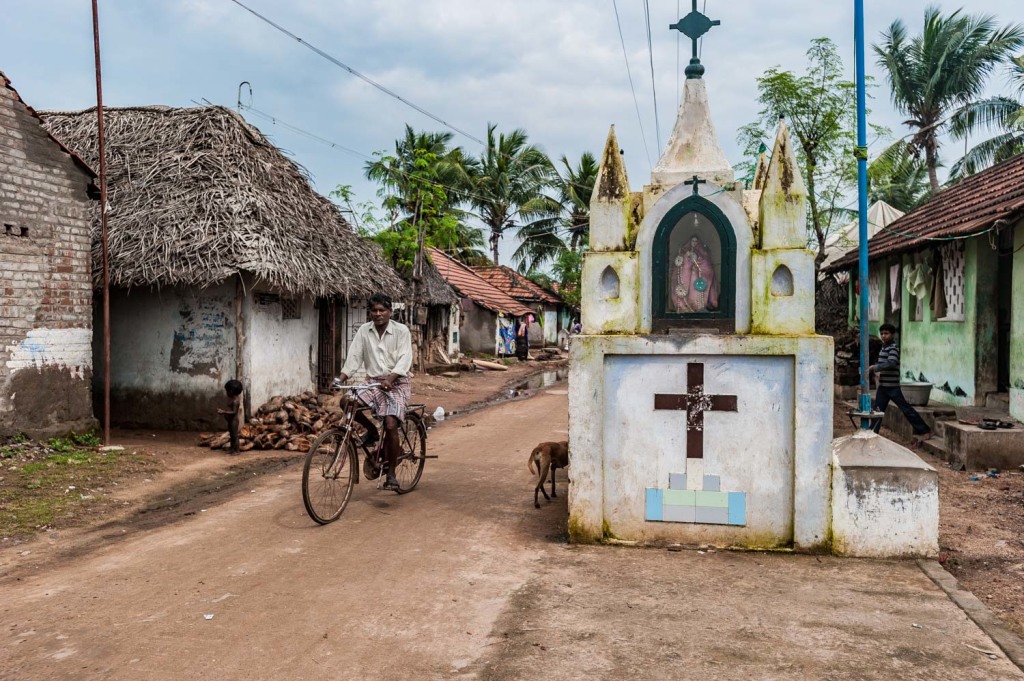 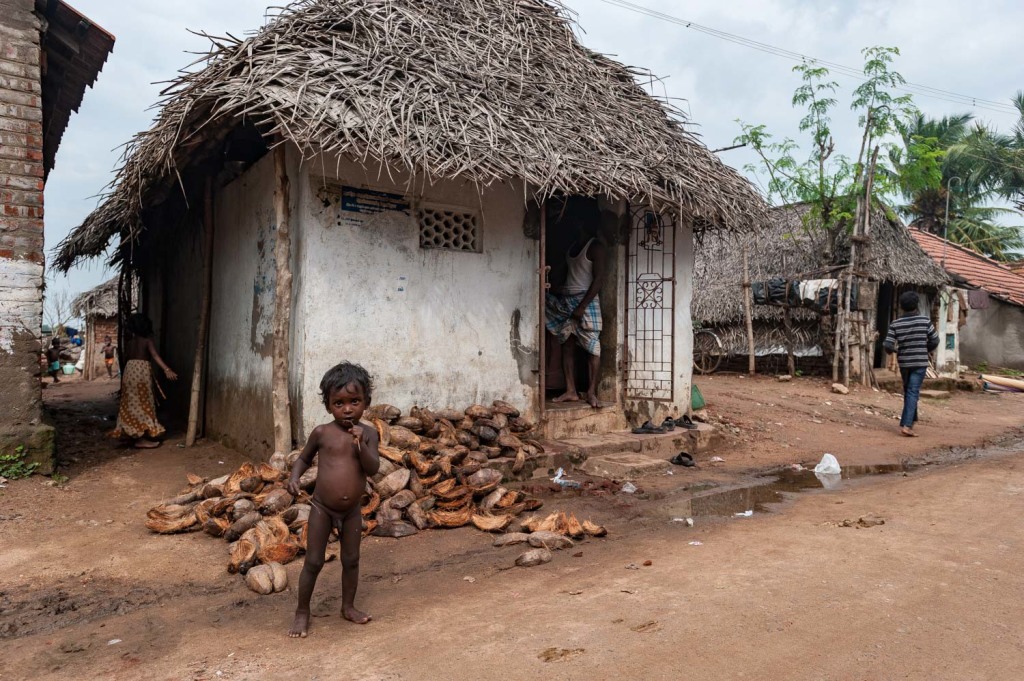 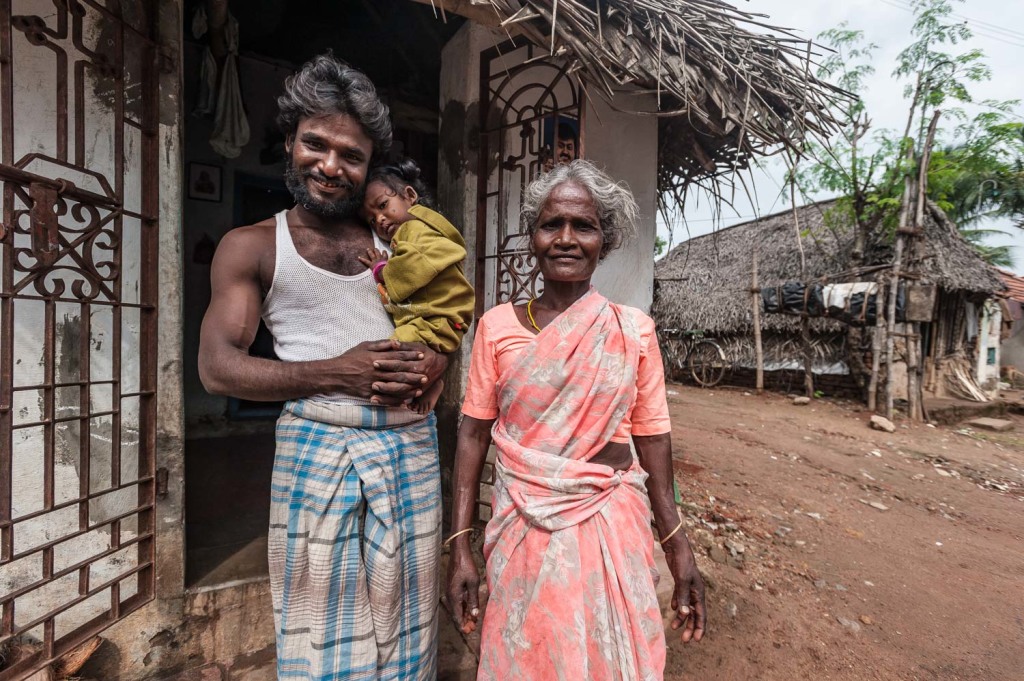 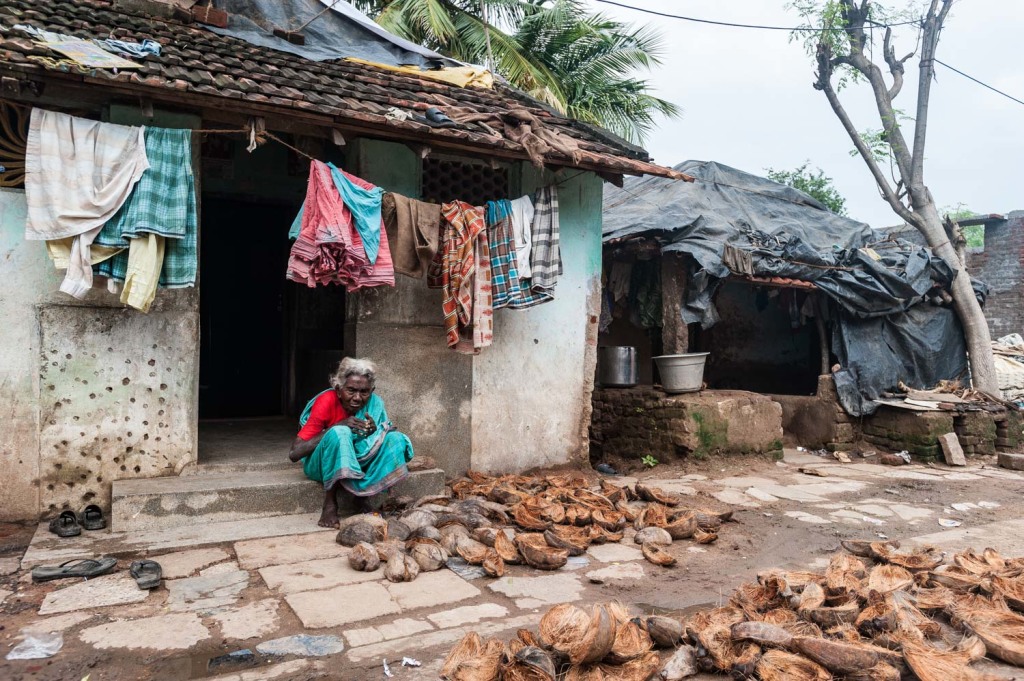 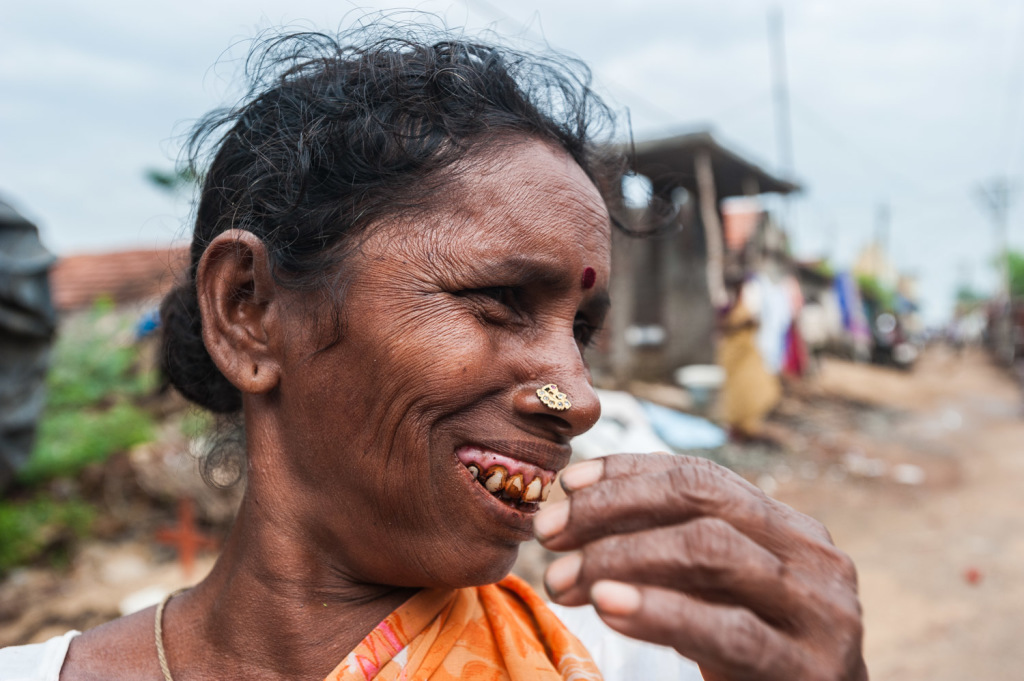 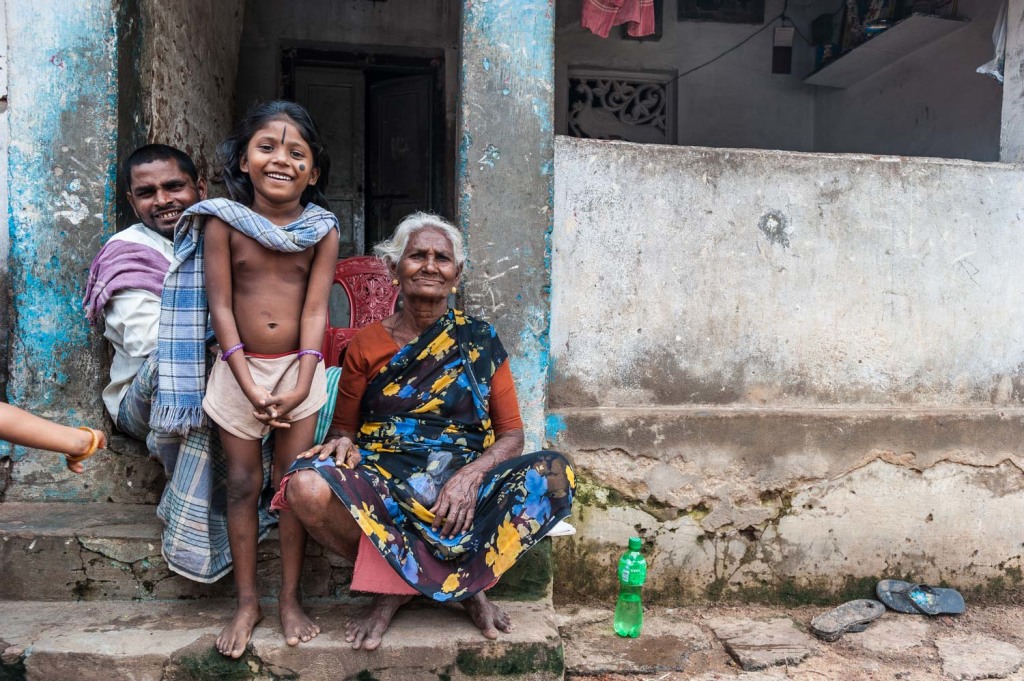 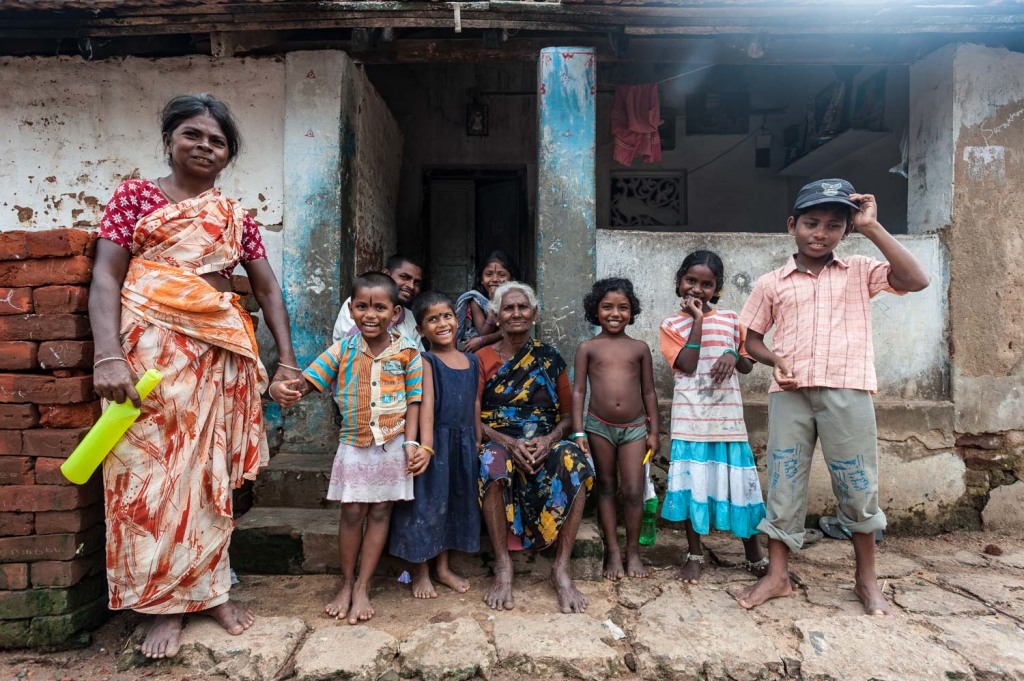 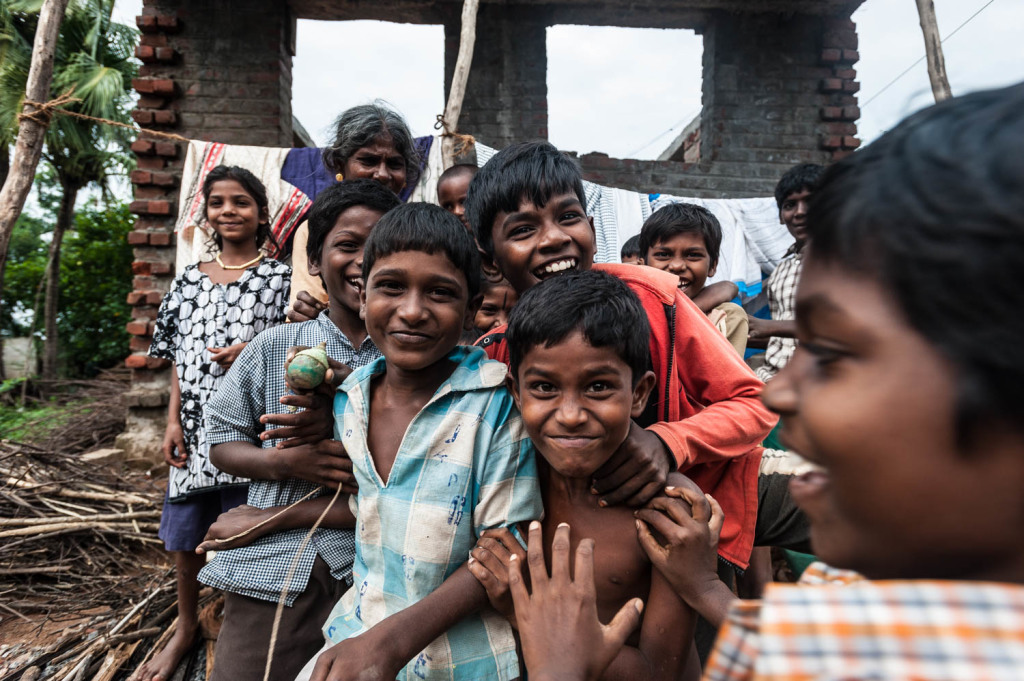 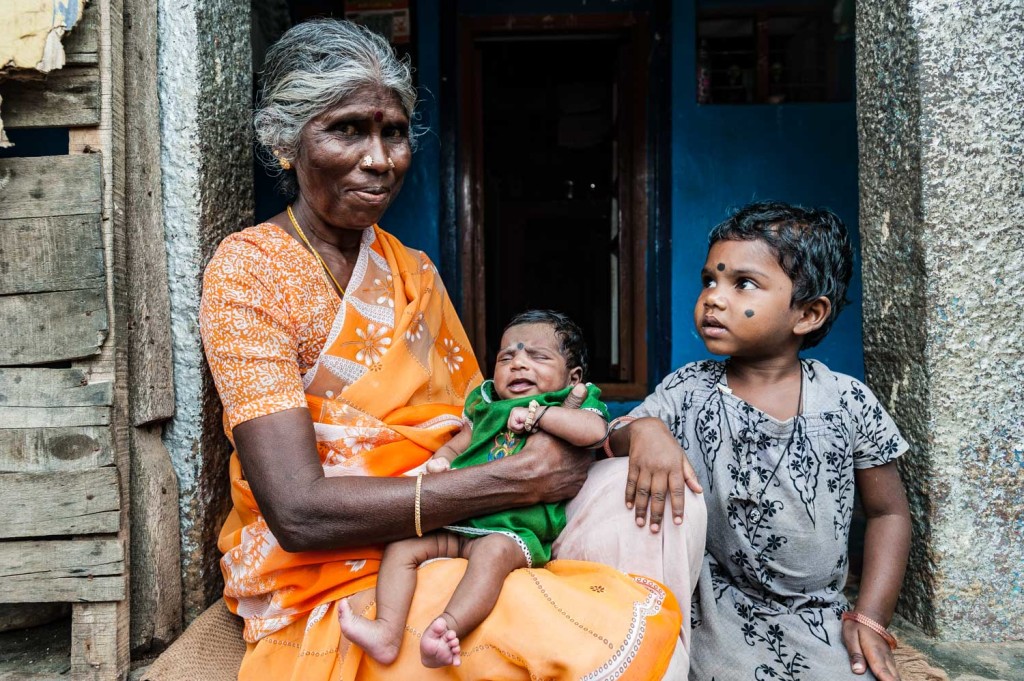 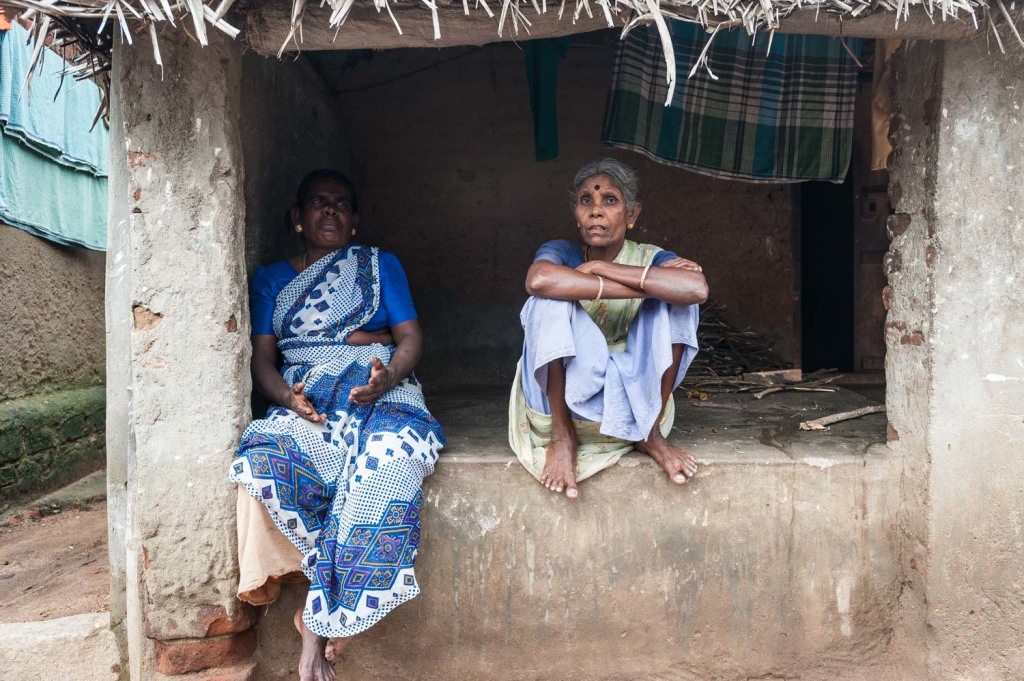 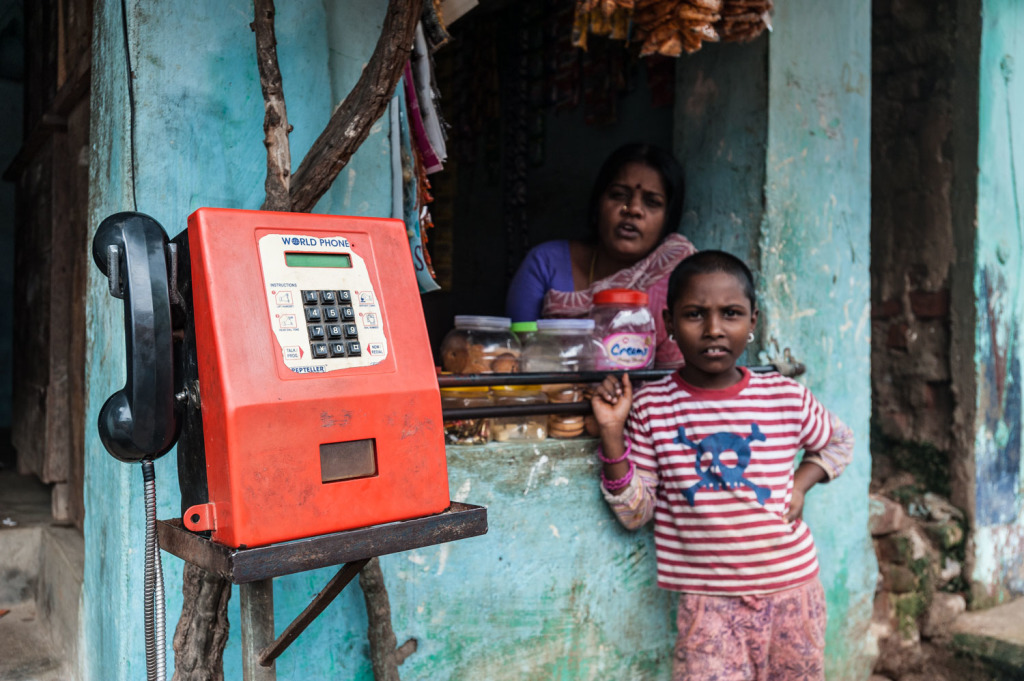 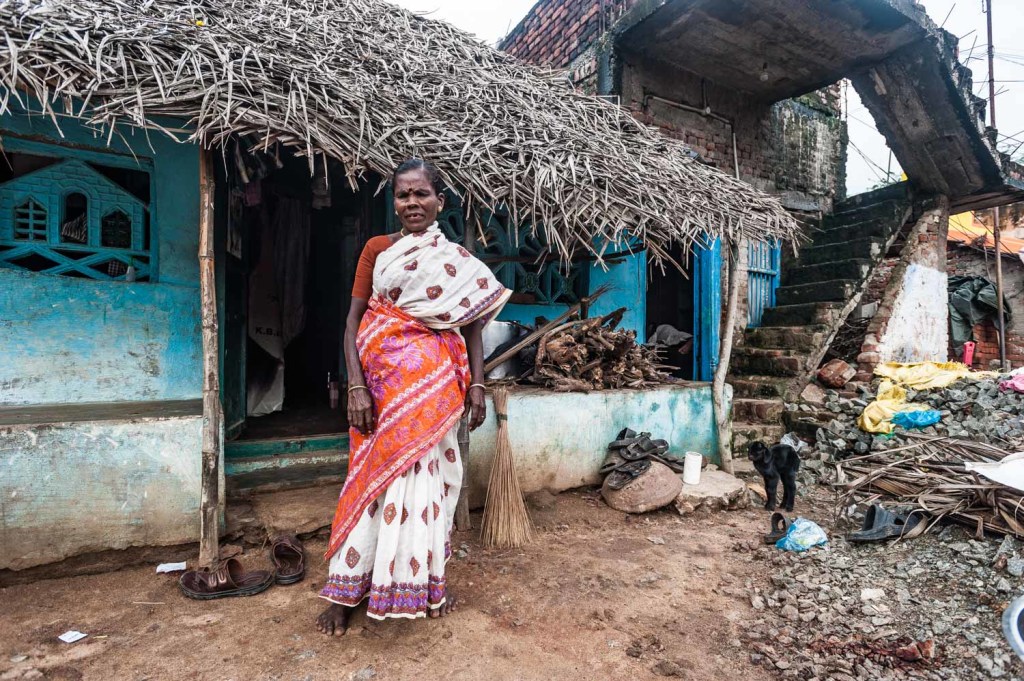 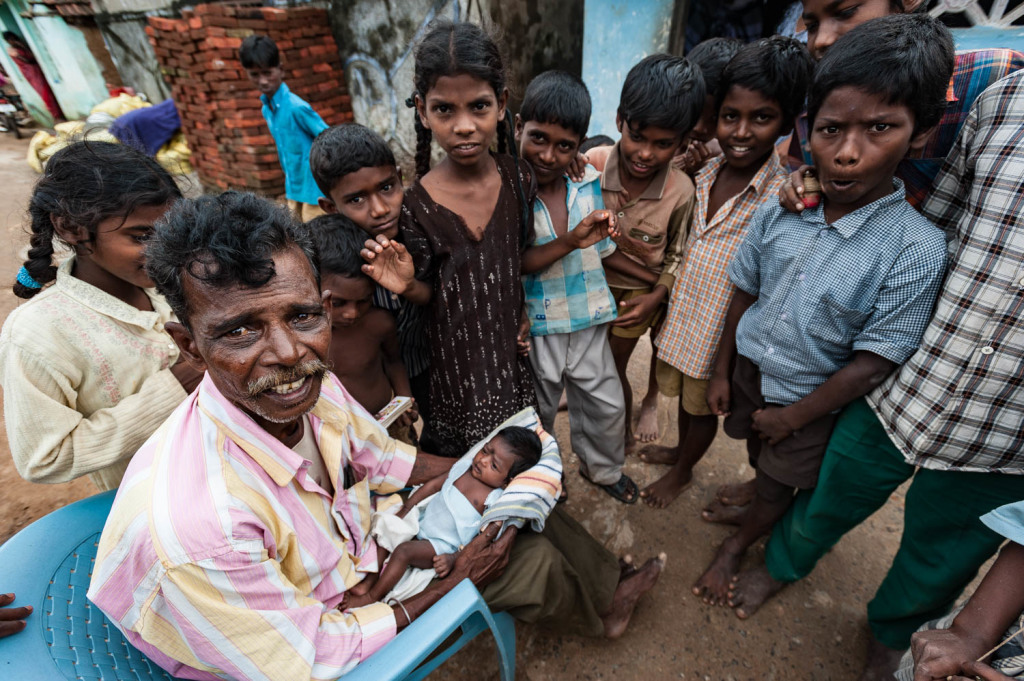 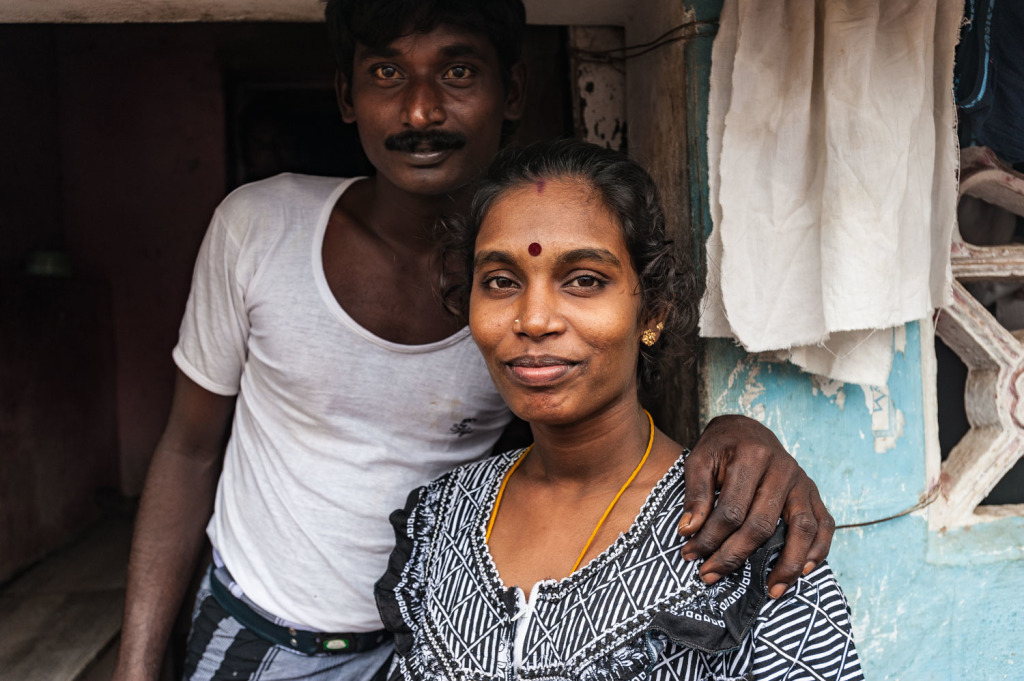 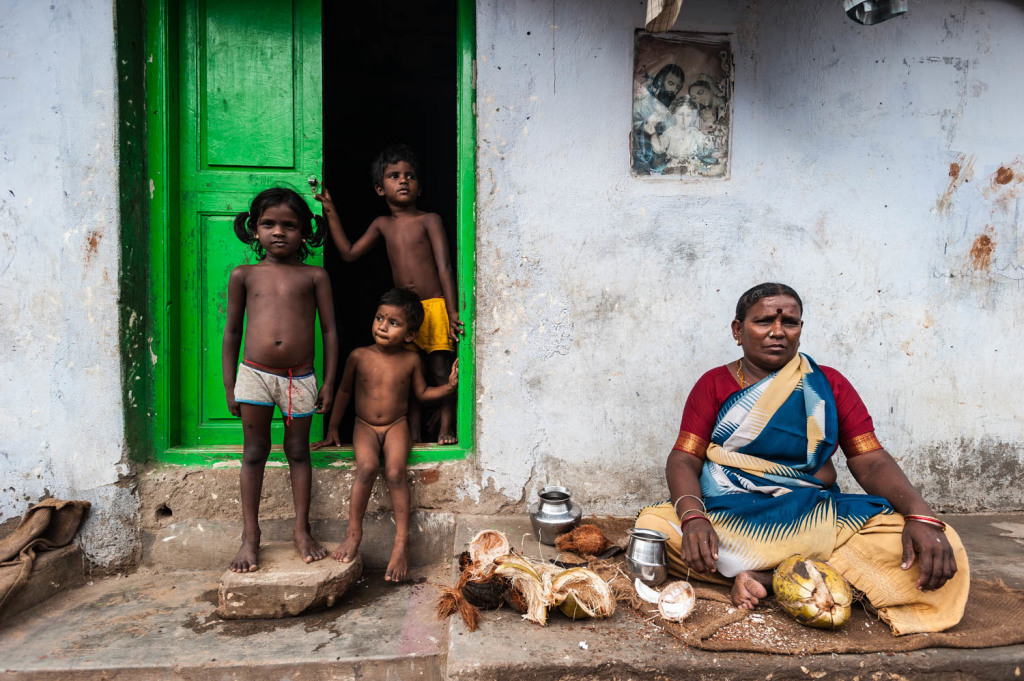 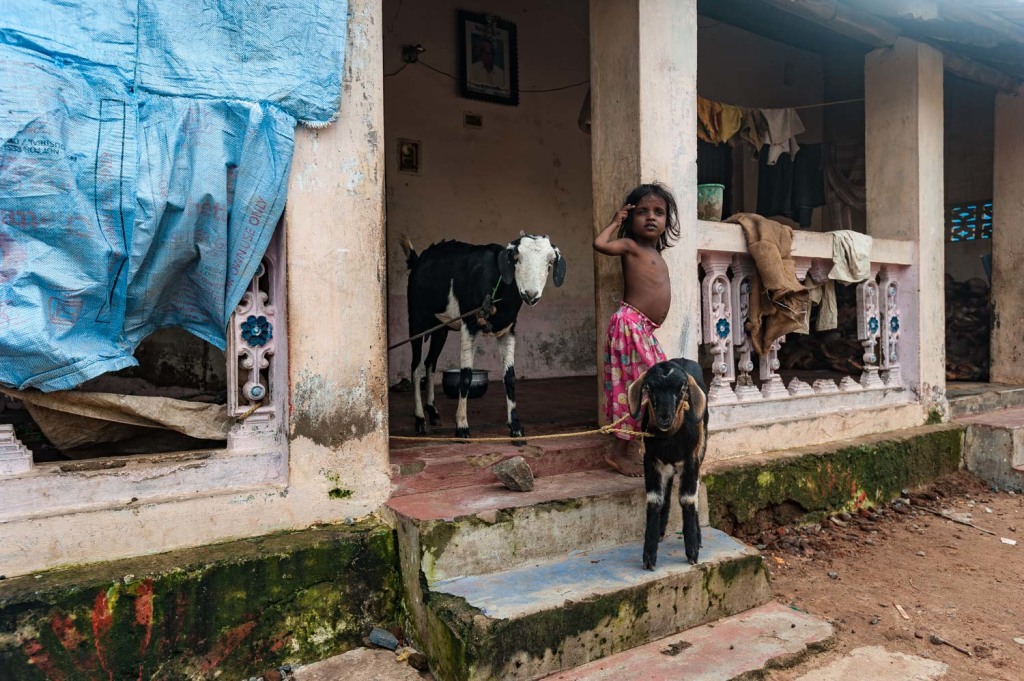 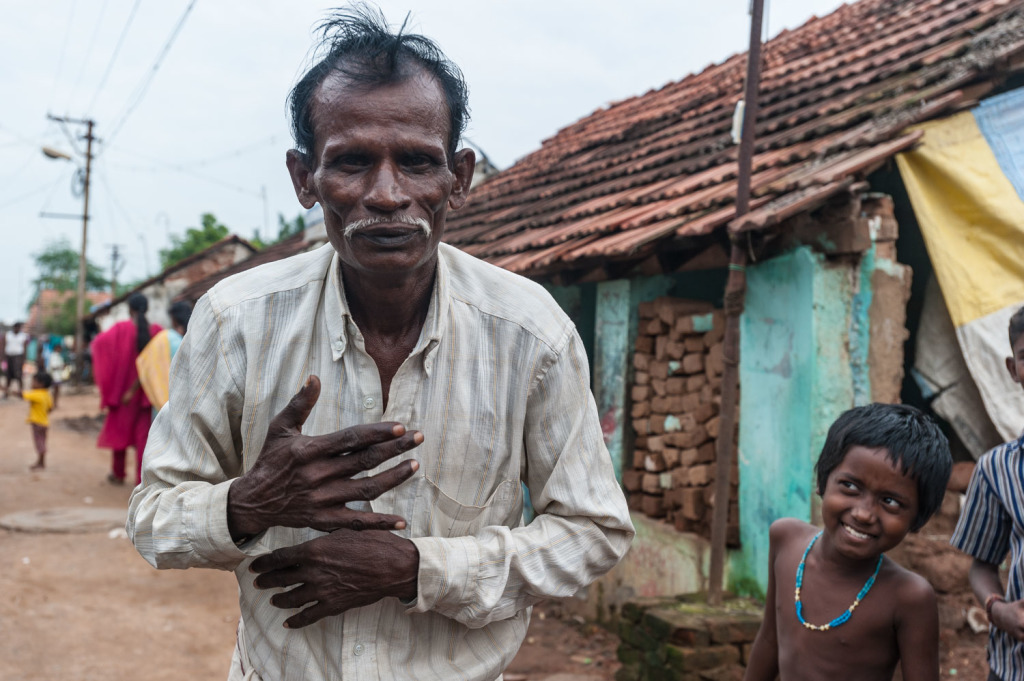 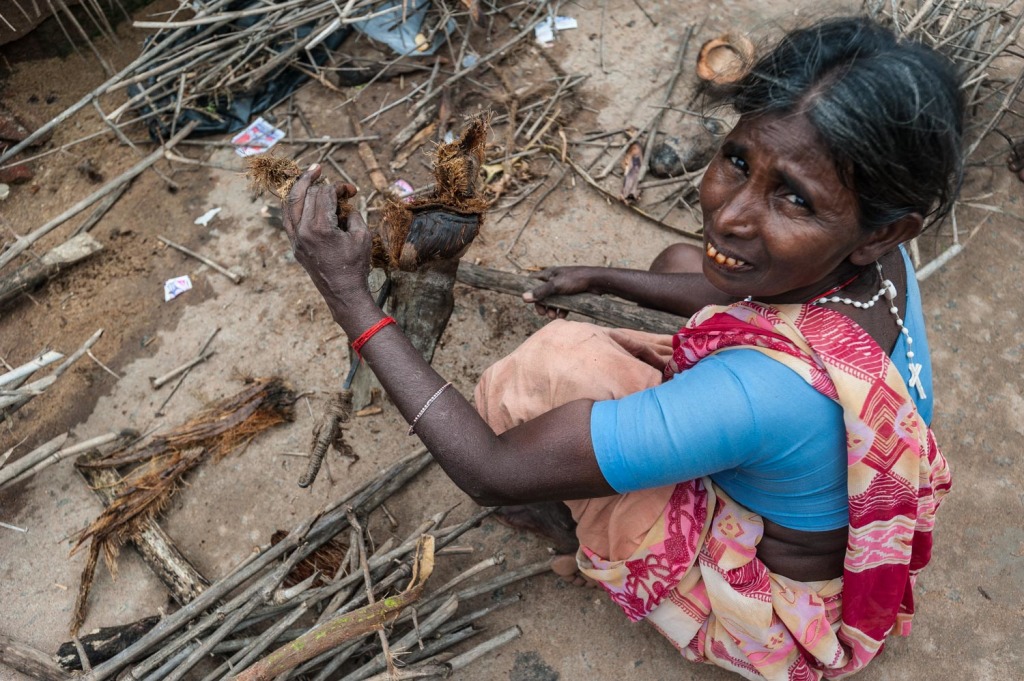 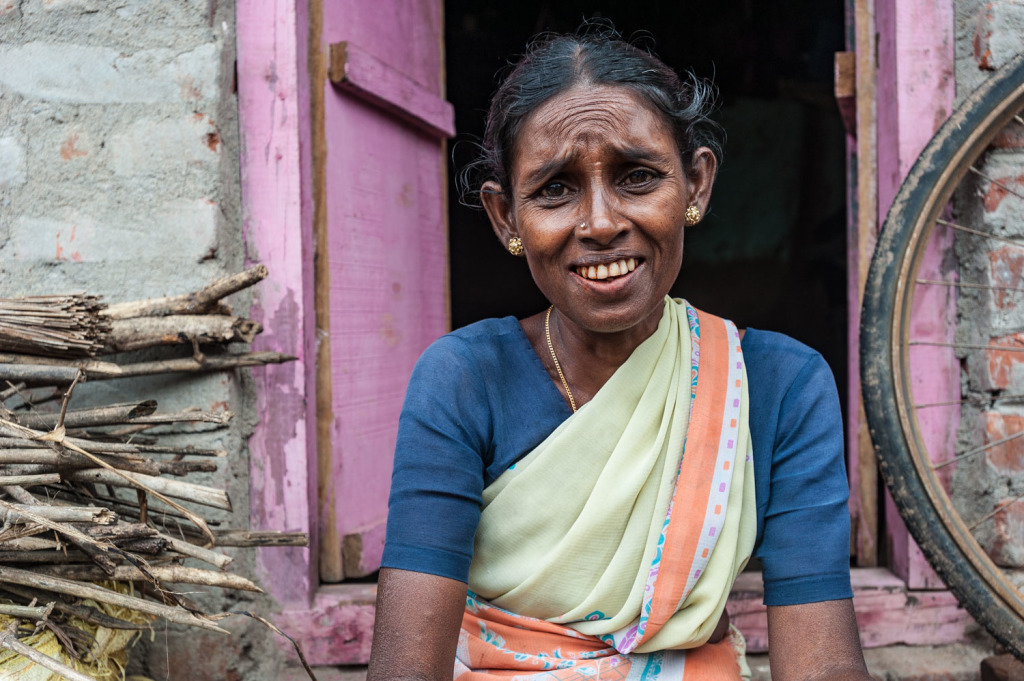 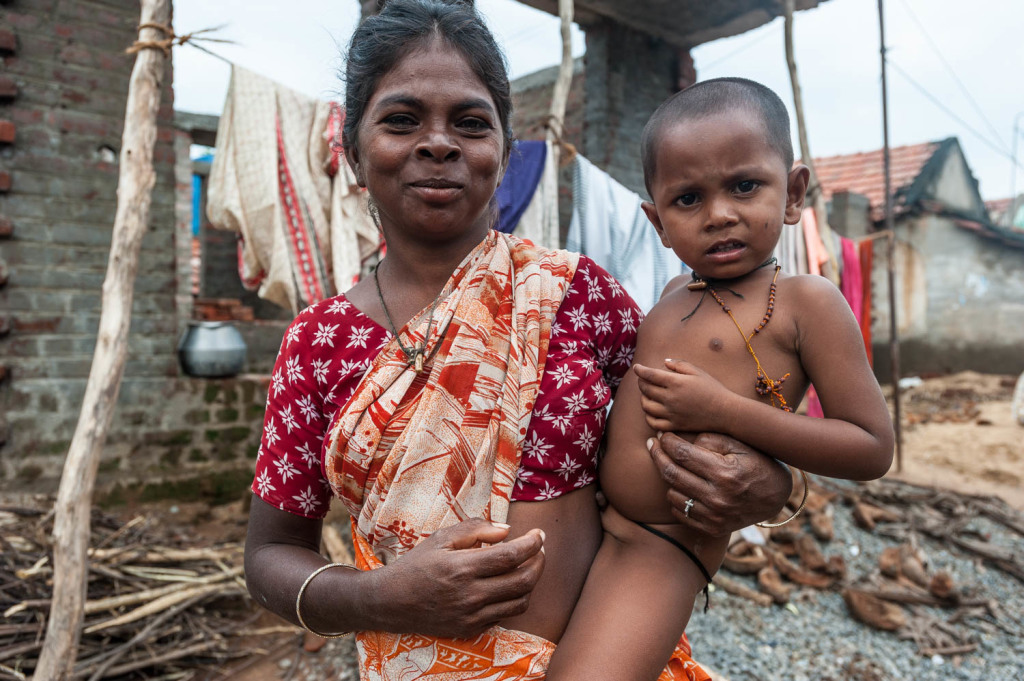 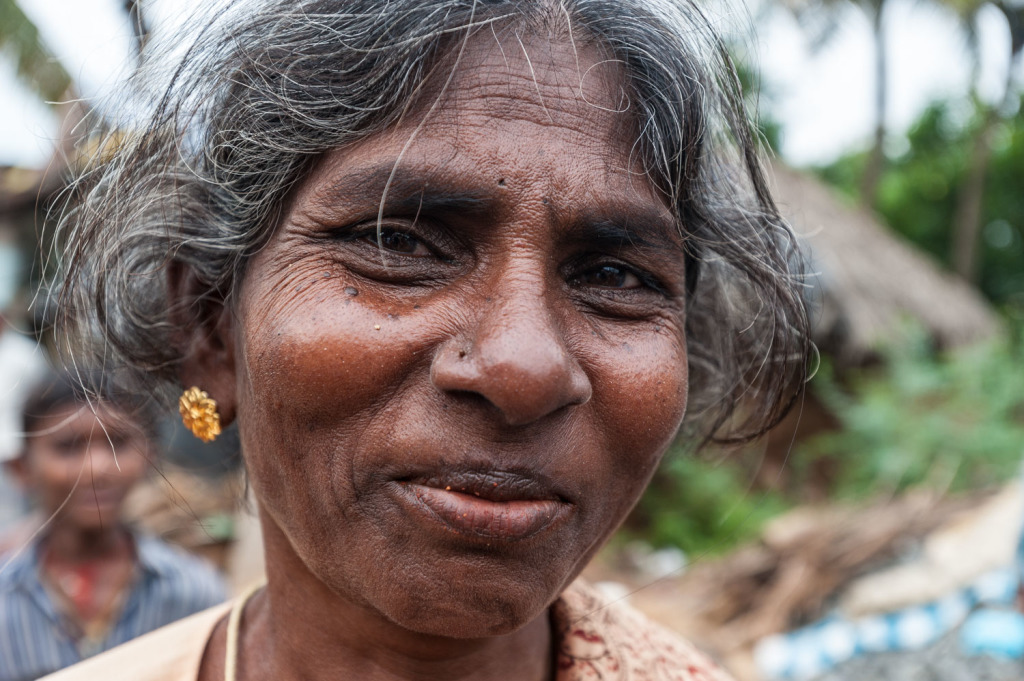 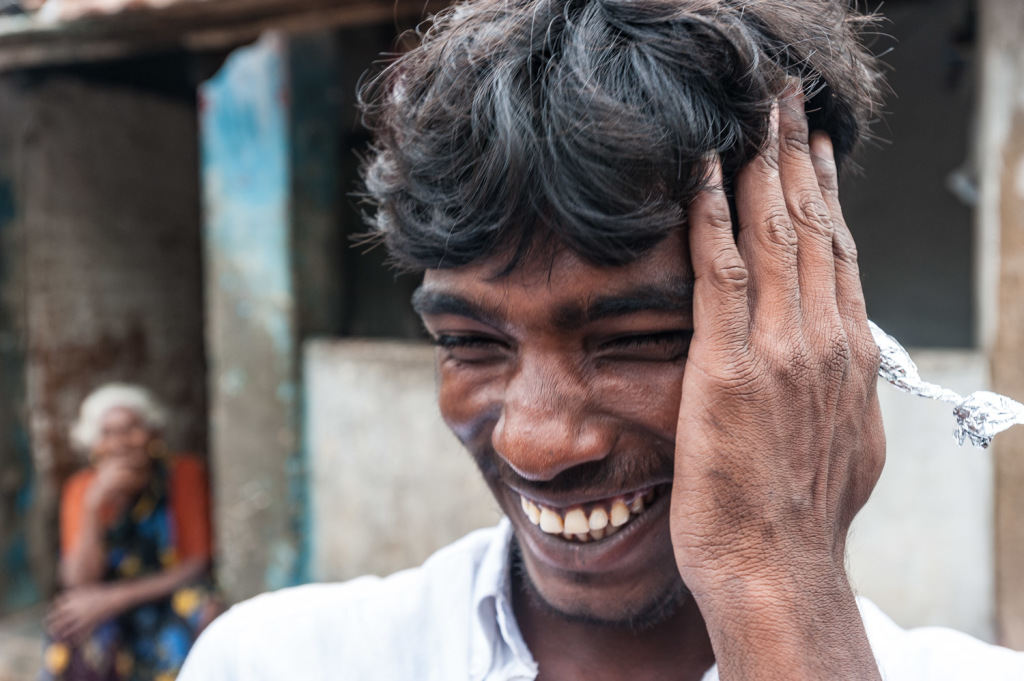 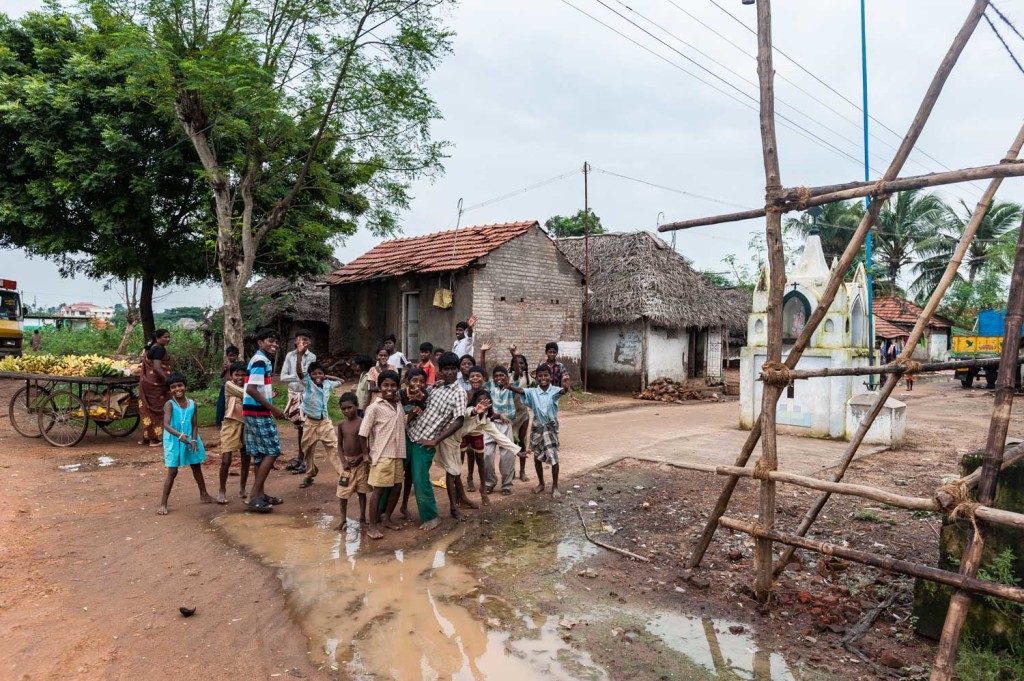