ANTONIO BEATO: LIFE ON THE NILE 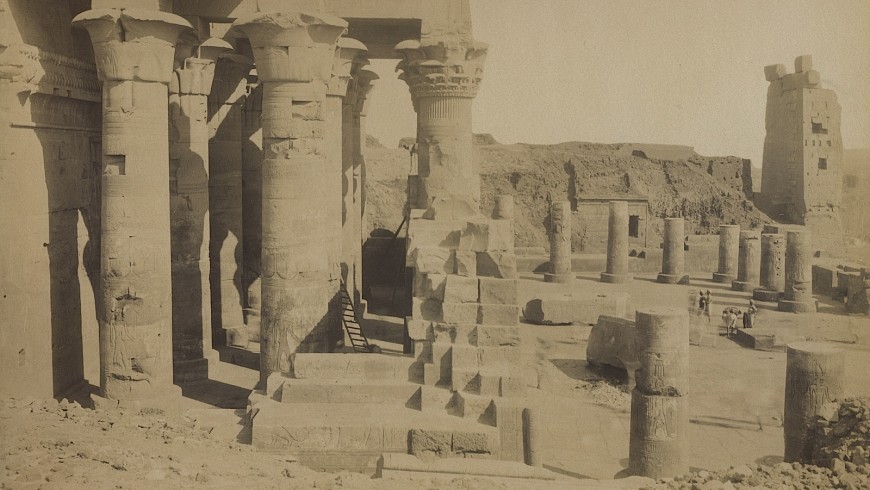 Egypt discovered by the crowds of and French historians, scholars and artists in the wake of Napoleon in the campaign that ended without too many reasons to be proud of in Abukir, fascinated Europe in the early years of the 800. The many books, sometimes in several volumes, in any format, illustrated with etchings and aquatints, that quick off the mark Parisian publishers rushed to print and disseminate, were so successful that the Egyptomania soon infected all the homes and literary circles that mattered in the courts that mattered. The representations of the pyramids, the sphinx and the temples that stood along the Nile, the tombs of kings and nobility, were, however, what they were. They could be faithful to the originals (and as detailed) as an engraving, often derived from a sketch made on the field by an able artist can. When the technique of photography was revealed, in 1839, interest in Egypt had not diminished. Exactly the opposite! Legions of professional photographers then left for Abu Simbel and Luxor only to bring home pictures of what remained of that ancient civilization.

Even amateur illustrious embarked on feluccas plying the calm waters of the great river, laden with bulky cameras to impress glass plates. Among them, the writer Maxime Du Camp, who improvised himself a (good) photographer, along with his friend Gustave Flaubert, in 1849, arrived in Nubia to achieve one of the first four-handed reports in the history of travel literature. In those years, Mr Thomas Cook was working hard to make it easier for the first tourists to accomplish what would probably have been “the“ journey of a lifetime, while enterprising photographers were opening their studios in Luxor and Cairo to sell evidence to tourists of their daring challenge to the secrets of ancient Egypt. Among these, an Italian who had a great commercial success, Antonio Beato, that over more than 30 years documented in detail every archaeological excavation that surfaced from the digs that relentlessly happened in the land that had once been of the Pharaohs. Here are some of his photos. 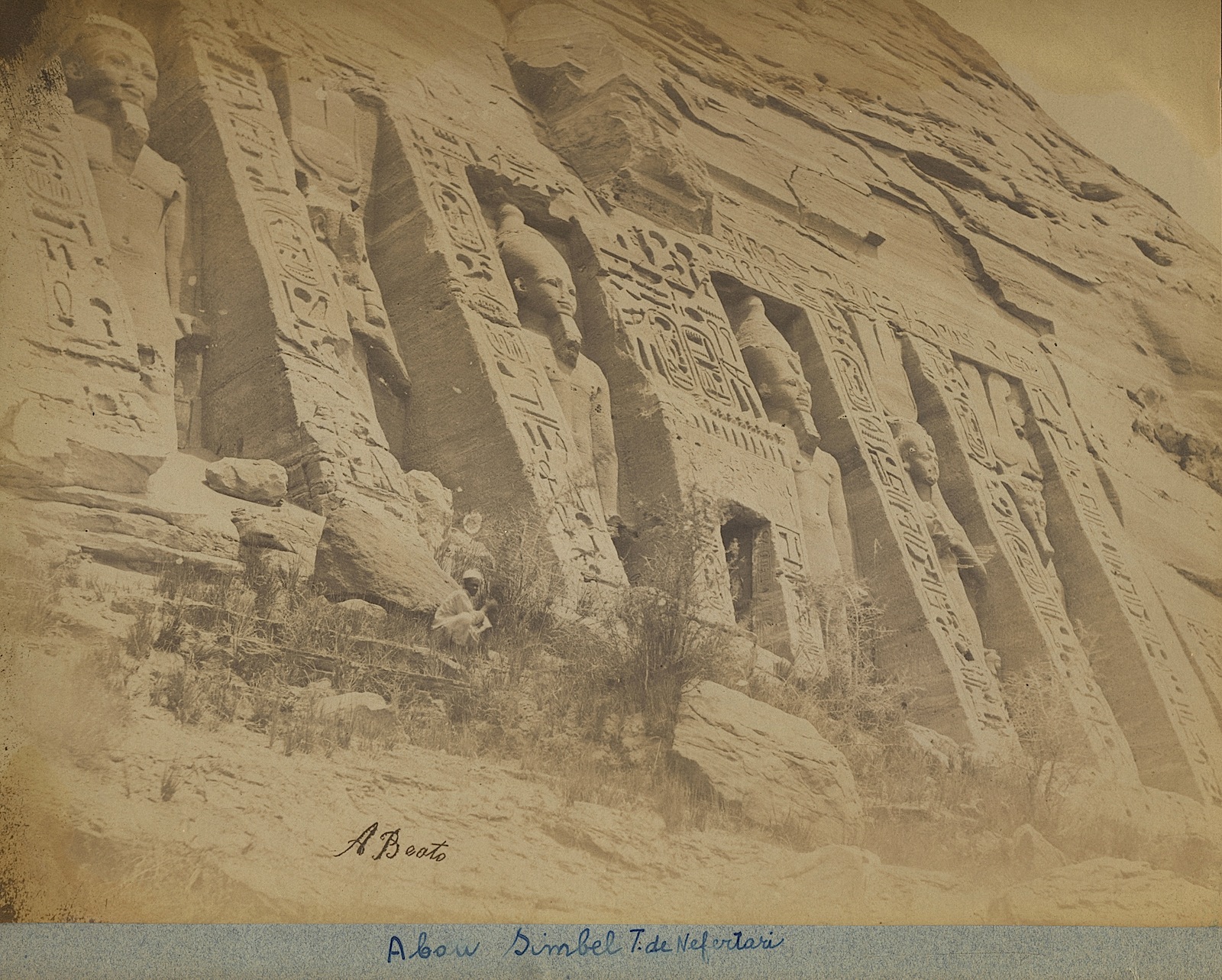 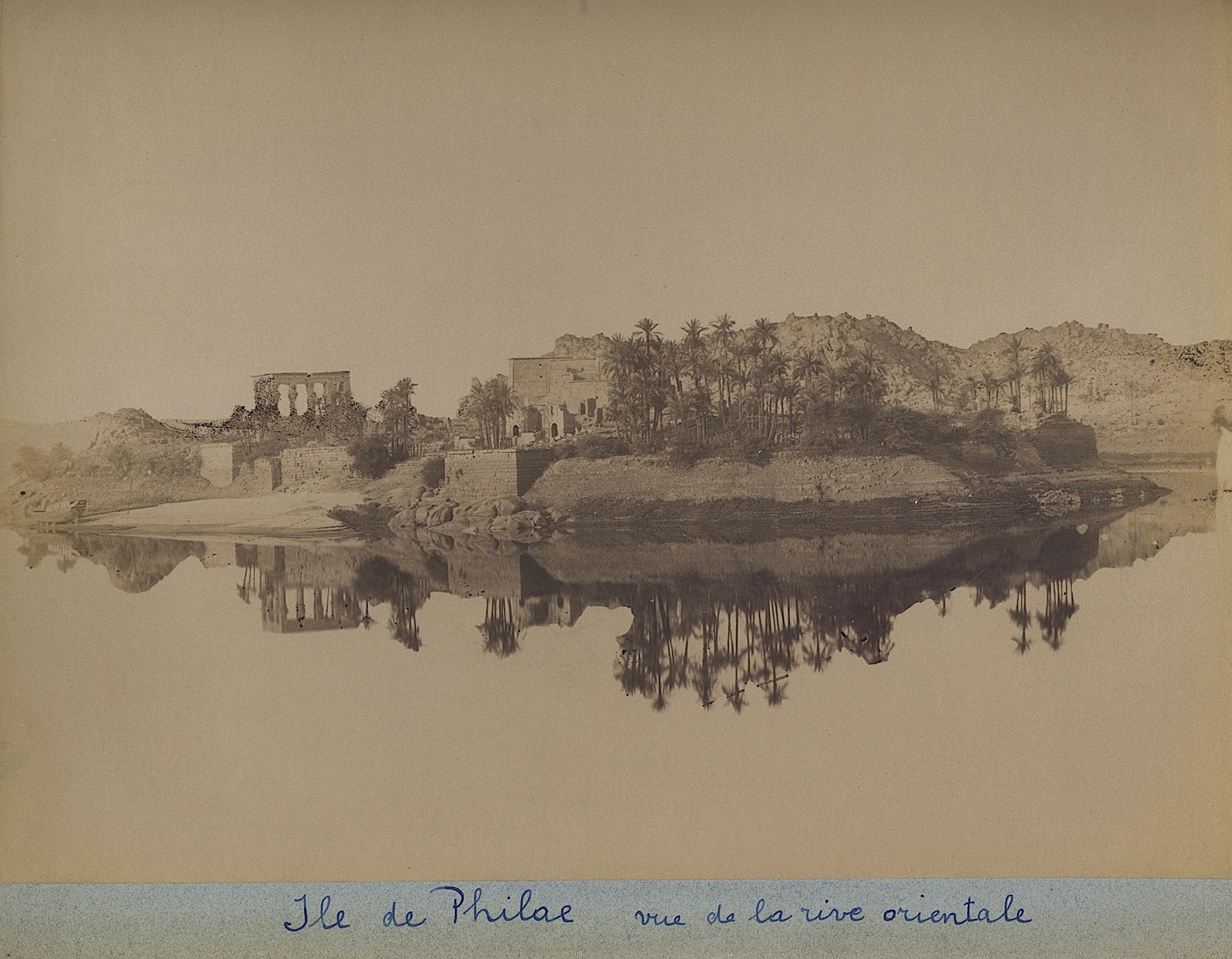 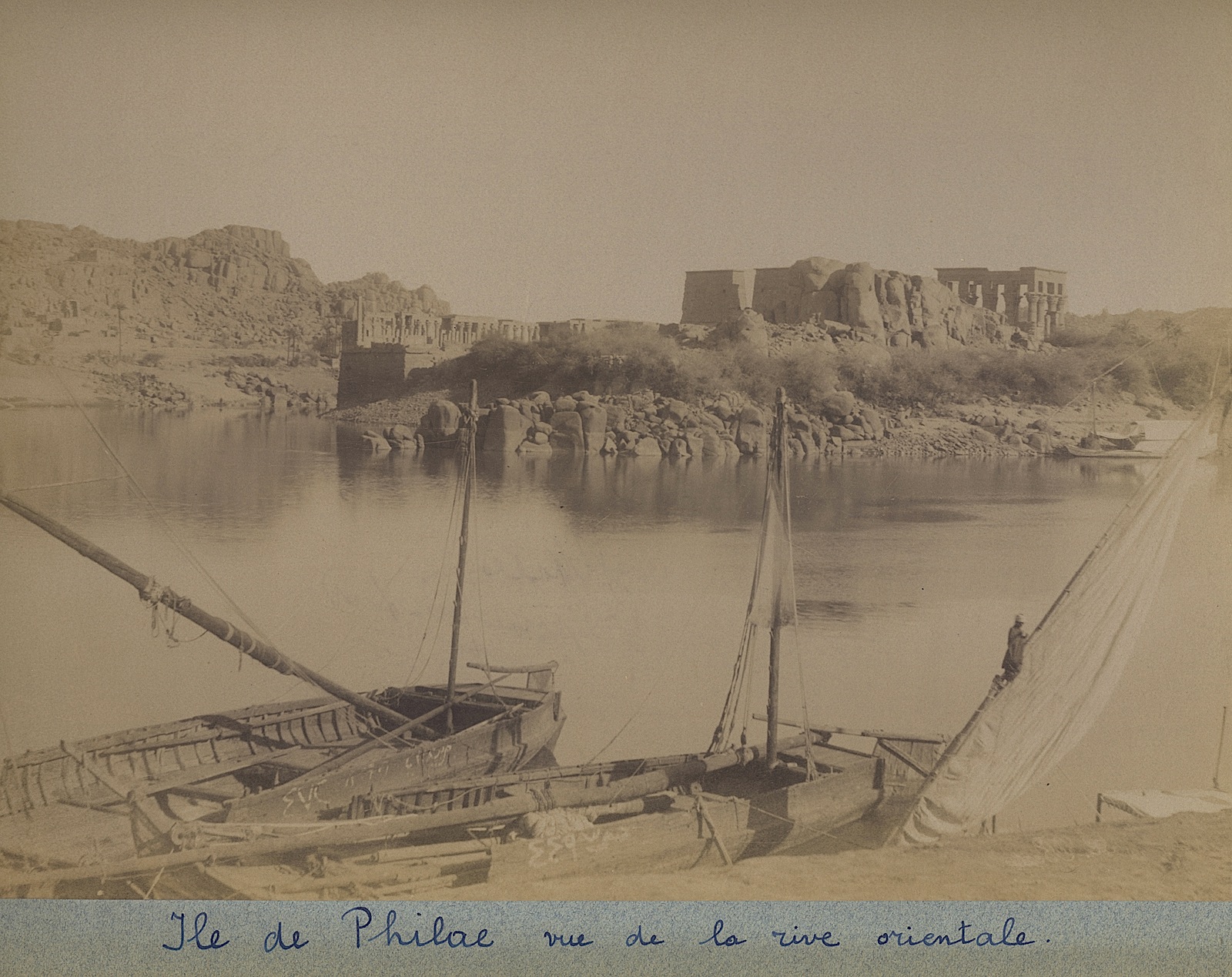 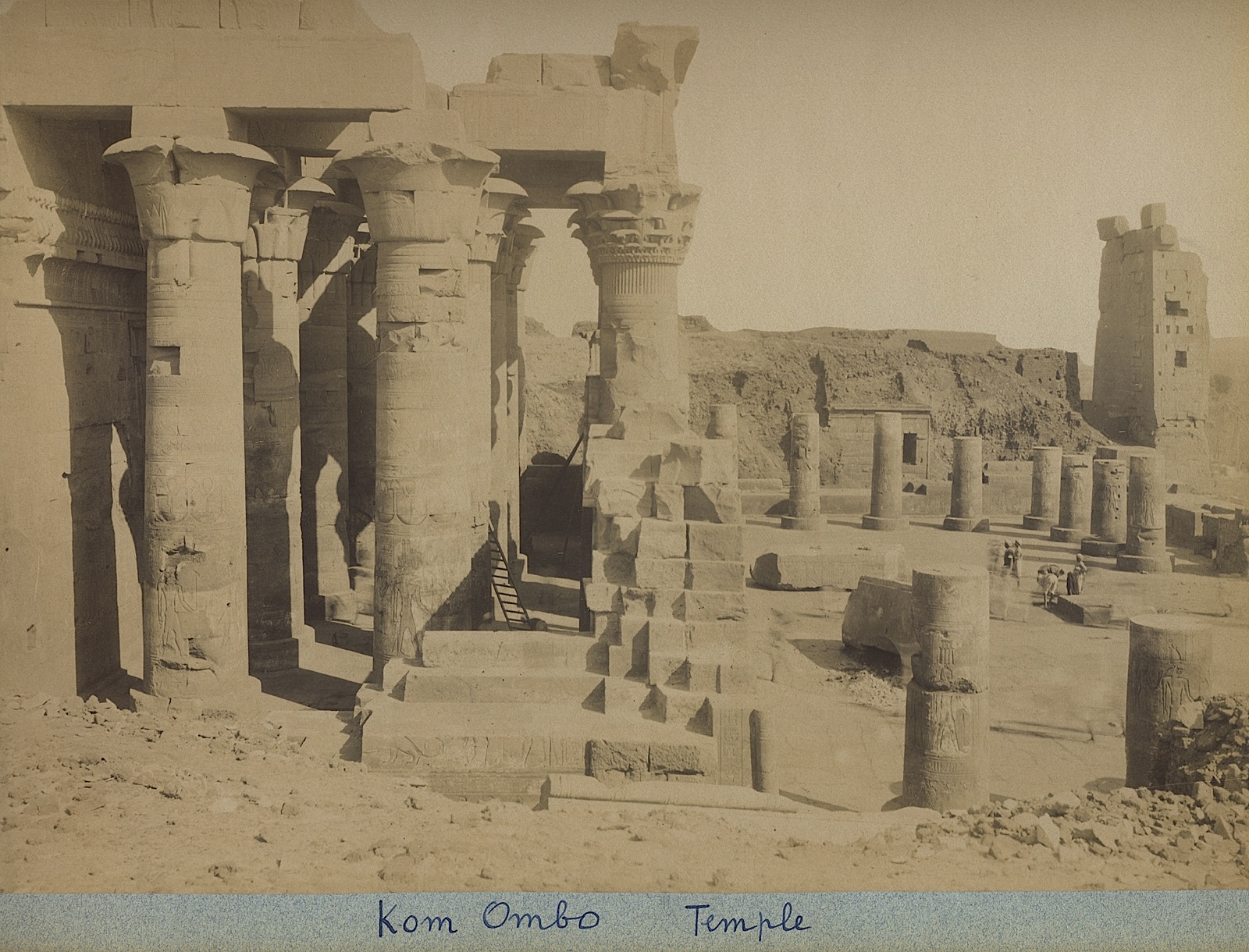 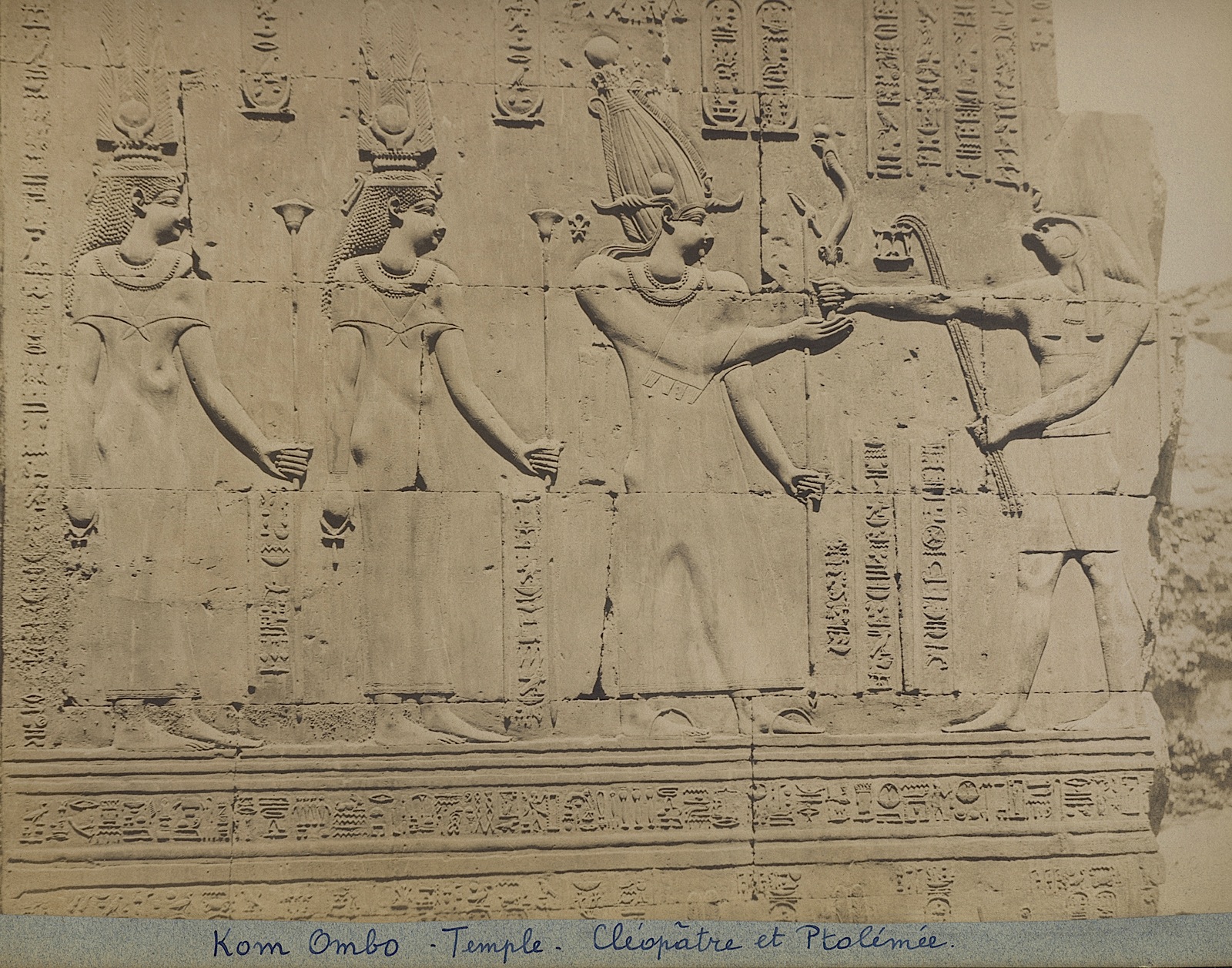 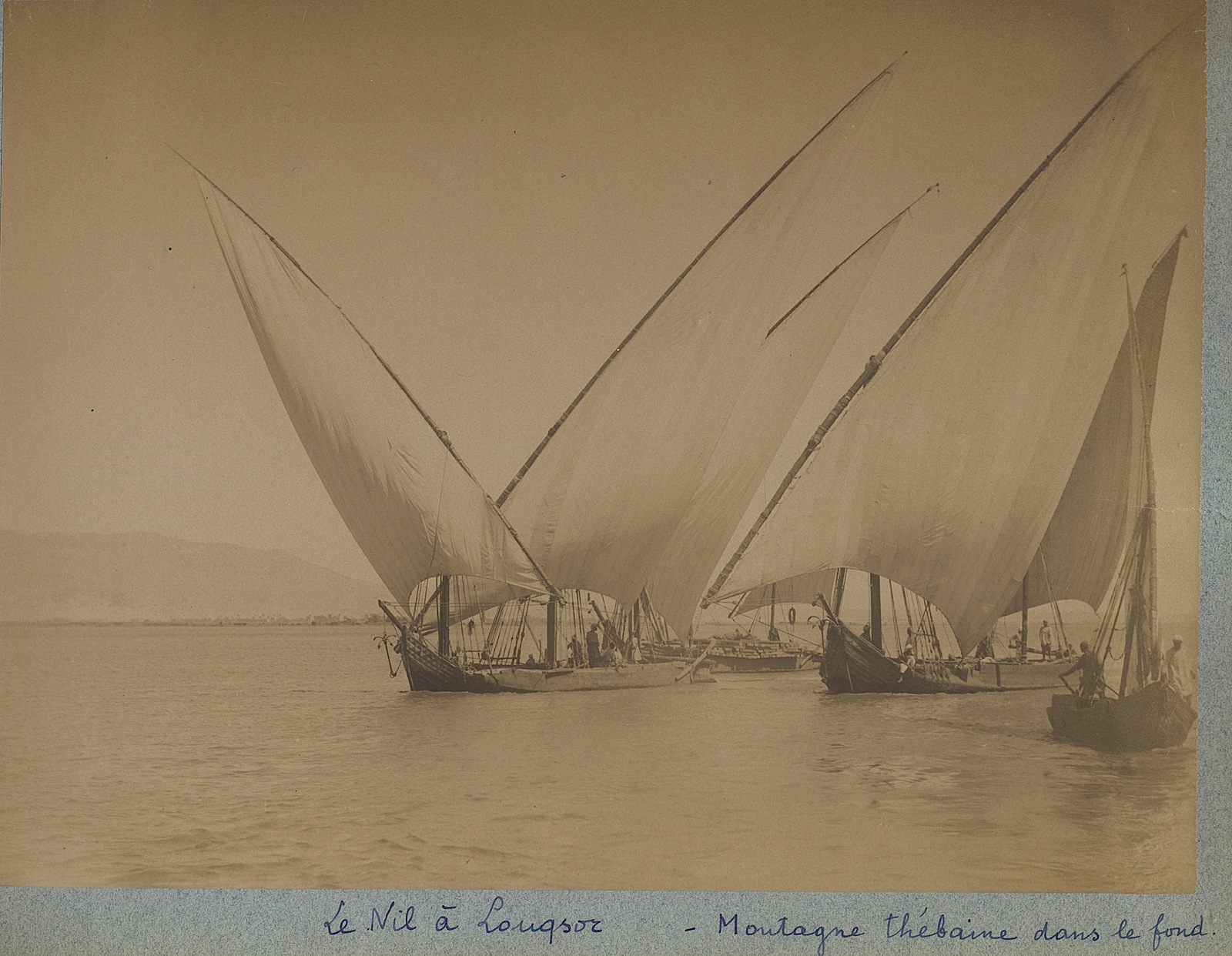 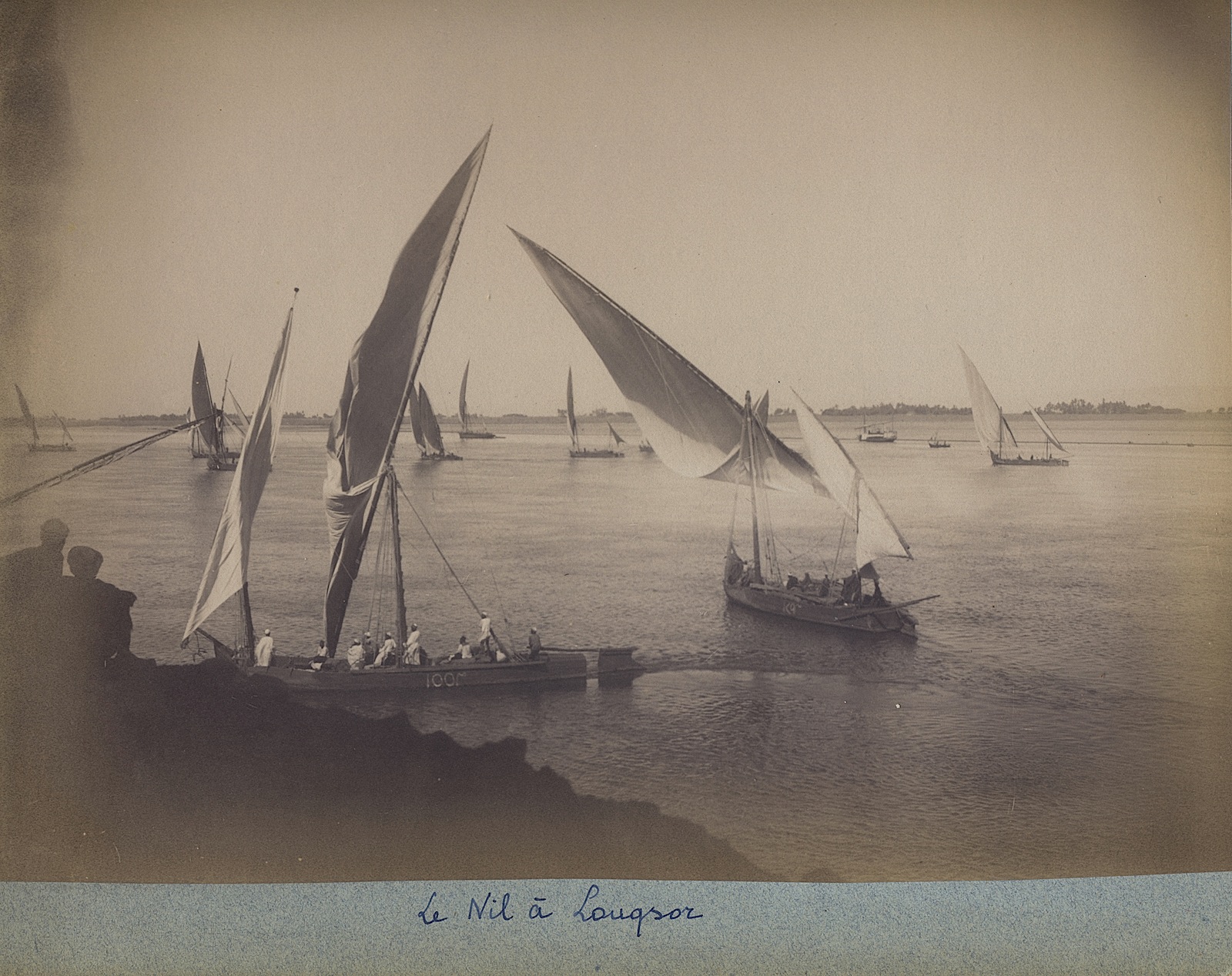 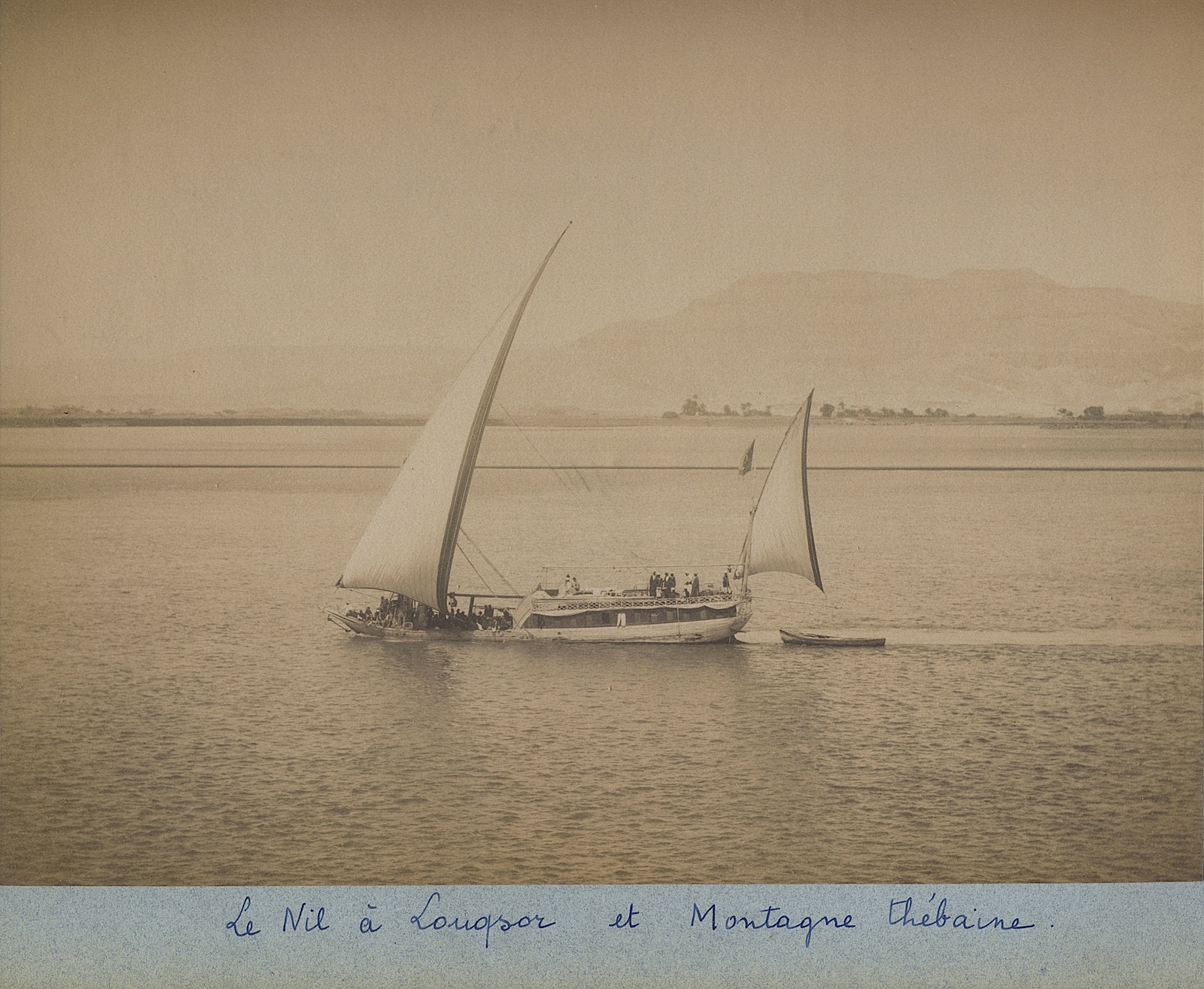 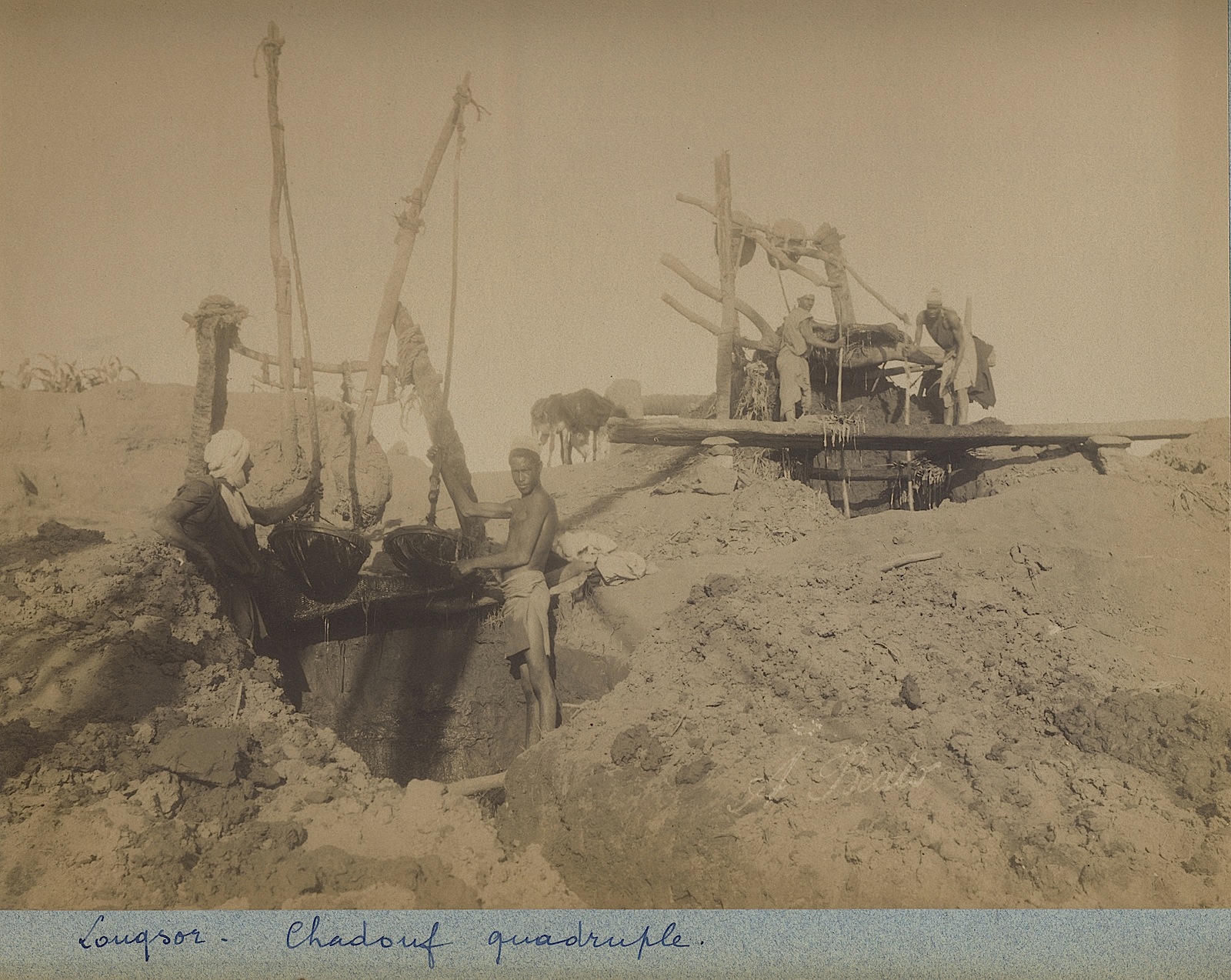 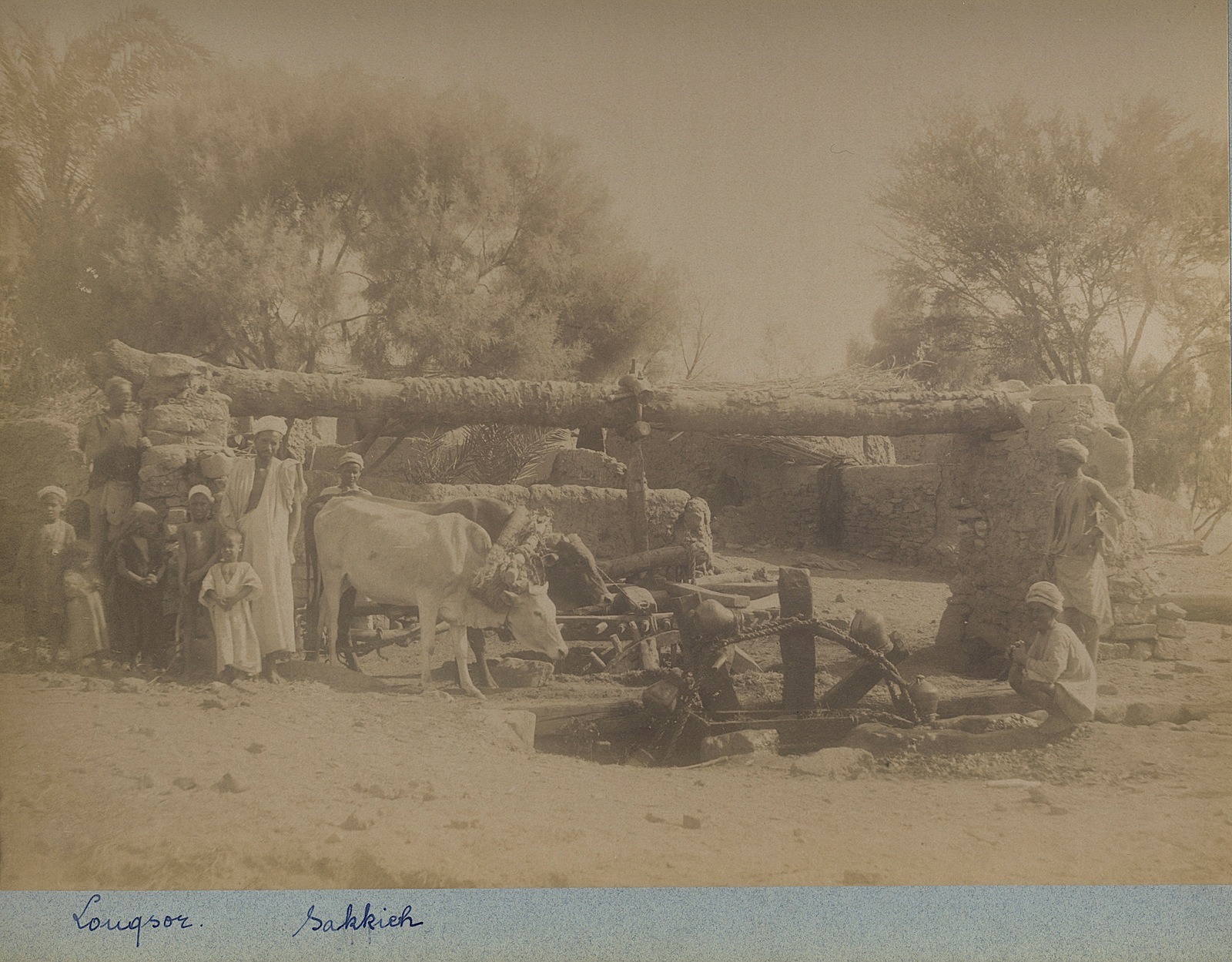 On 5 July 1841 Thomas Cook invented modern tourism as a means of emancipation for the working class people. With the inauguration of the extended Midland Counties Railway, he first arranged to take a group of 540 campaigners from Leicester Campbell Street station to a rally in Loughborough, eleven miles away. The charge of one shilling per person included rail tickets and food for this train journey and Thomas’ share. The commercial success of this first chartered excursion led him to start his business running rail trips for pleasure. He persisted and claimed that he arranged services for over 165,000 people to attend the Great Exhibition in London in 1845. Cook established ‘inclusive independent travel’, whereby the traveller went independently but his agency charged for travel, food and accommodation for a fixed period over any chosen route. He soon became well known at home and abroad and many years later, in 1872, he formed a partnership with his son, John A Mason Cook, and renamed his travel agency as Thomas Cook & Son. They acquired business premises on Fleet Street, London. By this time, Cook had stopped personal tours and became an agent for foreign or domestic travel.

His office also contained a shop which sold essential travel accessories including guide books, luggage, telescopes and footwear. Under John ‘S leadership Thomas Cook & son ministered to royalty, transported a British army up the Nile, arranged travels for maharajas and pilgrims, invaded the new world, established a unique position in Egypt and became an international adjunct of the British Empire. John Mason Cook not only promoted, but even led, excursions to the Middle East where he was described as “the second-greatest man in Egypt”.
Did he ever meet the Italian photographer Antonio Beato, who earned his life and reputation producing photographs for tourists and scholars? Antonio, famous for his views of the architecture and landscapes of Egypt and other locations in the Mediterranean region, was the younger brother of Felice Beato (1832 – 1909), also a photographer, specially celebrated for his color hand painted prints produced in Yokohama, Japan. Little is known of Antonio Beato’s early years, but he was probably born in Venetian territory. Because of the existence of many photographs signed “Felice Antonio Beato” and “Felice A. Beato”, it was long assumed that they were created by a single photographer who, somehow, managed to be in two places as distant as Egypt and Japan at the same time. Only in 1983 it was shown by two Italian photography historians Paolo Costantini and Italo Zannier that “Felice Antonio Beato” represented two brothers who only incidentally worked together, sharing a signature. Antonio often used also the French version of his given name, going by Antoine, because Egypt, where he mostly lived, had a large French-speaking population.

In 1853 or 1854 Antonio’s brother and James Robertson formed a partnership called “Robertson & Beato”. Antonio joined them on photographic expeditions to / IN Malta in 1854 or 1856 and to Greece and Jerusalem in 1857. A number of the firm’s photographs produced in the 1850s are signed “Robertson, Beato and Co.” and it is believed that the “and Co.” refers to Antonio. In July 1858 Antonio arrived in Calcutta to join Felice who had been in India since the beginning of the year photographing the aftermath of the Indian Rebellion of the previous year. Antonio also photographed in India until December 1859 when he left Calcutta, probably for health reasons, and headed for Malta. He eventually went to Cairo in 1860 where he spent two years before moving to Luxor where he opened a photographic studio in 1862 and began producing tourist images of the people and architectural sites of the area.

Antonio Beato died in Luxor in 1906. His widow announced his death and published an announcement for the sale of the house, atelier and photographic equipment at the same time.