photographs and text by Franco Zampetti 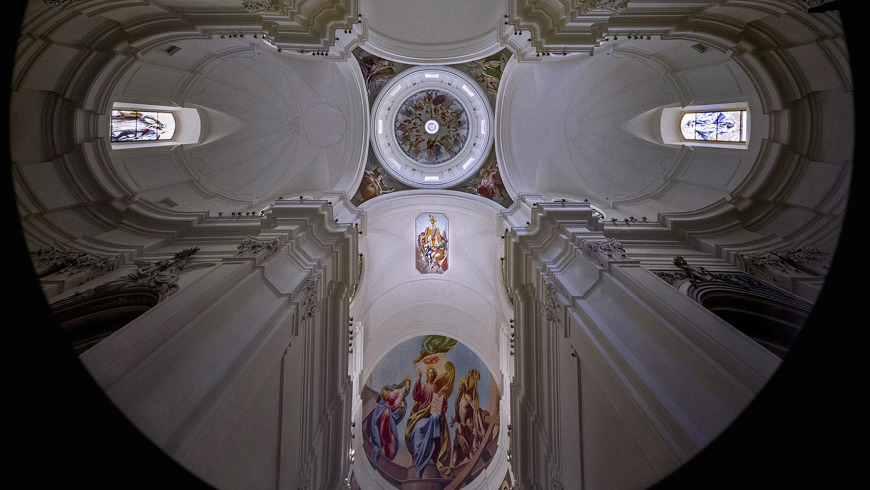 Photography for an architect, as I am, is an indispensable travel companion, a reliable and always available memory support. Its rules and its discipline deriving from Brunelleschi’s perspective view, restored by means of rectilinear optics, make it possible to easily replace informal relief and the relative hand restitution that requires a careful eye, time, and paper and pencil. However, the particular zenithal version of this discipline frees itself completely from the canonical and sublime representation and transfigures the central perspective into mere vision, eliminates the obligation of horizontality of the reference plane and nullifies the need to avoid falling lines.

While traditional photography of architecture cannot afford aspects of creativity, and is bound to the description of the subject, on the other hand the zenithal version allows a new representation, beyond the ordinary, to the anomalous limit, but not to itself. In fact, having overcome the initial amazement of the unusual vision, one becomes aware of having available a powerful tool rich in valences for re-readings and comparisons that are otherwise impossible; just see the Sequences section on my website www.francozampetti.it.

With the zenithal camera (there are none commercially available and therefore we need to build our own model) we discover an unknown world that has existed for centuries above our heads, a world that has never been observed with attention; the width of the optical cone of the hyper-wide-angle lens mounted on the machine indeed exceeds the human physiological visual field and opens up new horizons. It reshapes the work of architects and grants the possibility of new readings and interpretations. From this it derives, at first sight, an extreme freedom of action for the operator. Unlimited, bewitching … but it is not, because zenithal photography is not, without rules that, compared to traditional photography, are more subtle or, if you want, more conceptual.

It goes without saying that some architectures are more suited to the zenith vision of others, and that only very few of those modern free-planes lend themselves to the genre in a satisfactory way. The reason is to be found in the lack of particular points, nodal, which determine the geometry planimetric and on the vertical spaces of which it is necessary to lay the camera to fully collect the geometric-perspective compendium of the subject examined. So the zenithal photography of architecture can not stand a sudden, casual approach: the risk is that the spell of vision degrades and becomes trivialized, until it breaks. It follows that it is not enough a general flourish on the genesis and on the composition of the constituent elements of the subject to be resumed, it is necessary to base the history of architecture, constructive techniques and methods of representation of projective geometry.

But even this is not enough, in addition to “where” to lay the camera, you need to know “how” to lay it and adjust it, i.e. operate with a specific technique and make use of suitable tools, often built specifically. I wrote “pose” taking for granted that it is to place the zenithal camera on the floor, or, in the presence of immovable obstacles, resting on a stand that allows to exclude such obstacles from the optical lens cone.

Finally, in short: identified the nodal point where to lay the apparatus, for example in the center of a dome, it is put “in bubble” with a level with a leveling system on two horizontal axes orthogonal to each other. In this way the optical axis of the lens will be perfectly vertical and at the center of the chosen nodal point as characteristic of the subject geometry. After this sort of framing without the real possibility of checking how much the lens actually reads, the following operations are all part of the common photographic practice: the measurement of light, the setting of time and aperture values ​​and the shot. And then, developed the film, you will finally see if the result corresponds to what until then you could only imagine!

The camera that I use has been designed and built specifically for zenithal shooting, is equipped with a 12mm / 5.6 Voigtlaender Ultra Wide Heliar wide angle lens, with 39mm screw coupling, and a field angle of about 128°, mounted using a special adapter – free of framing elements – on a Sinar-Copal central shutter. The entire image circle projected from the optic (about 50mm diameter) is collected in this way by the sensitive material contained in a film store like Hasselbald 120. The system is completed by a Topcon topographic instrument base, suitably modified, by a spirit level 4″ Starrett torch and a self-built actuator for remote triggering. The film is fed by a 12V gearmotor and a USB-android endoscope connected to a smartphone is used to check its progress. 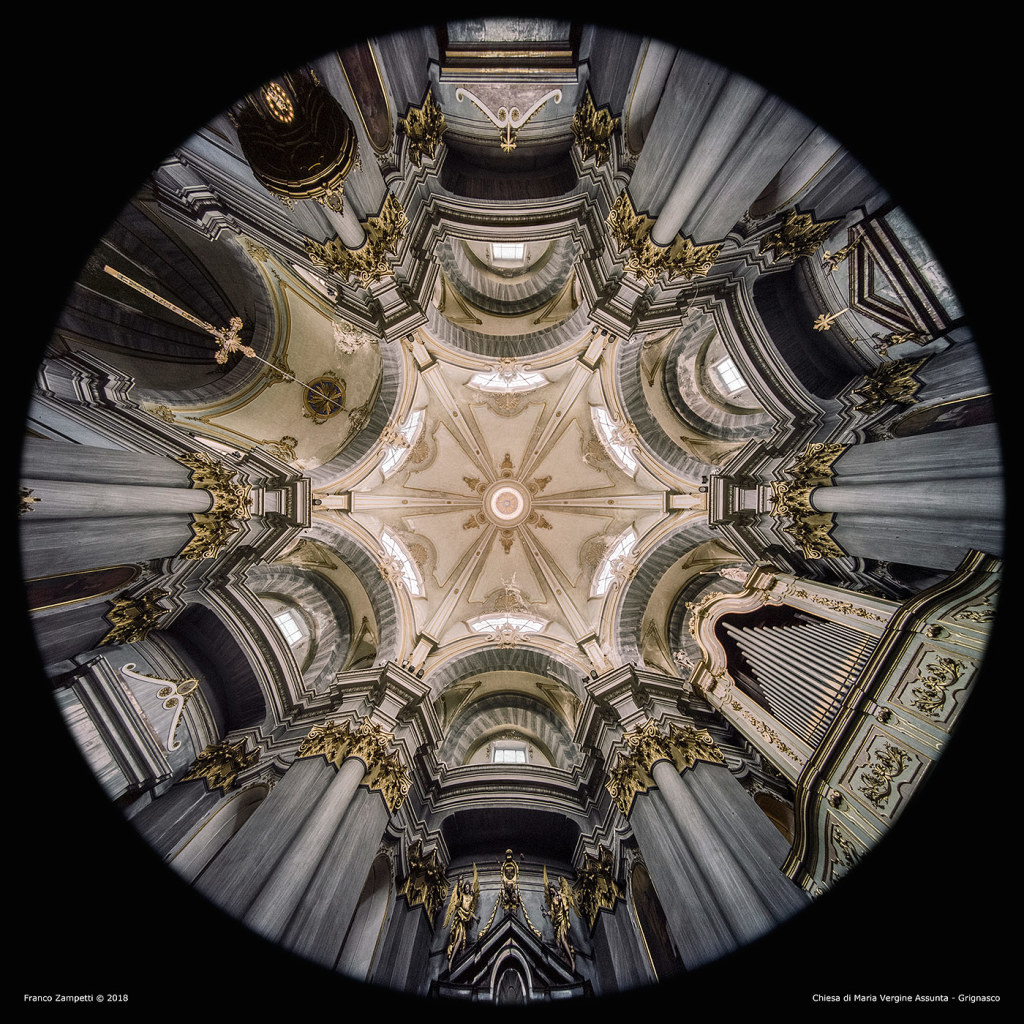 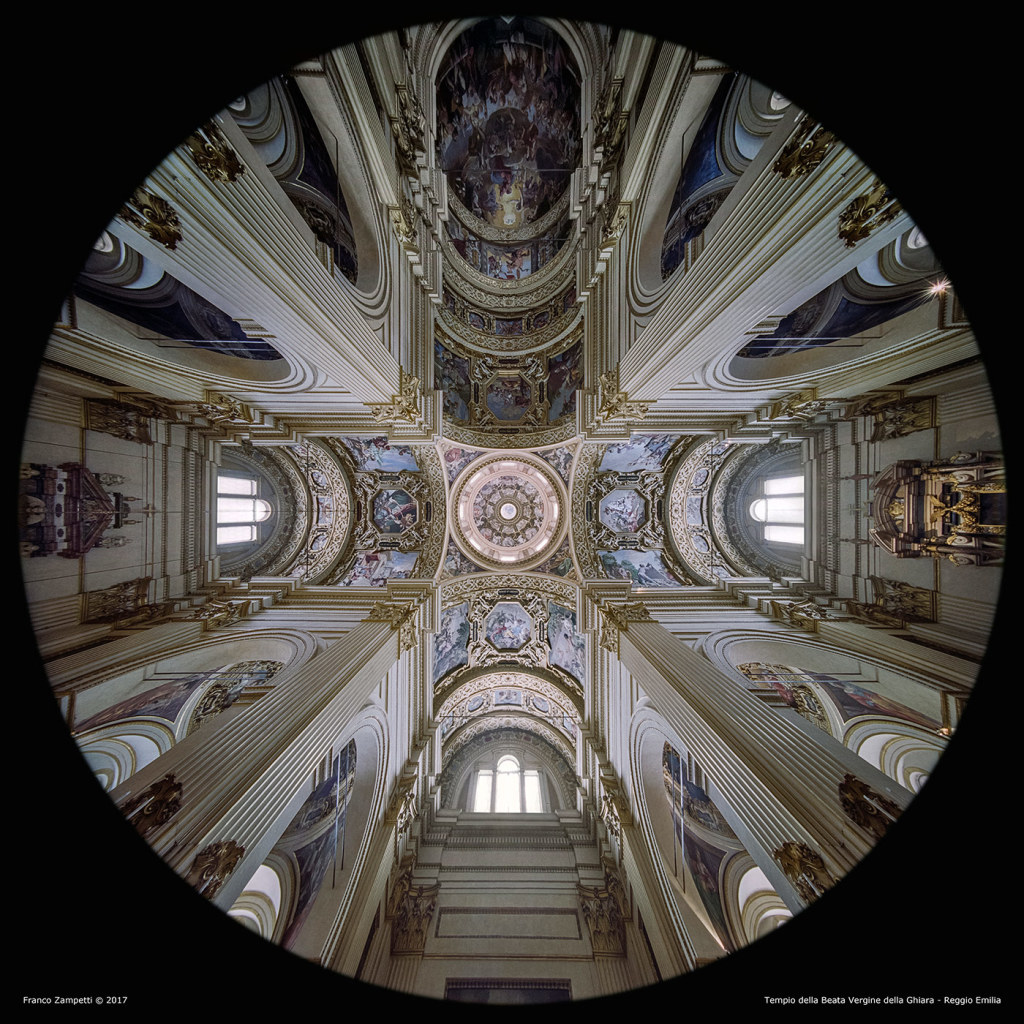 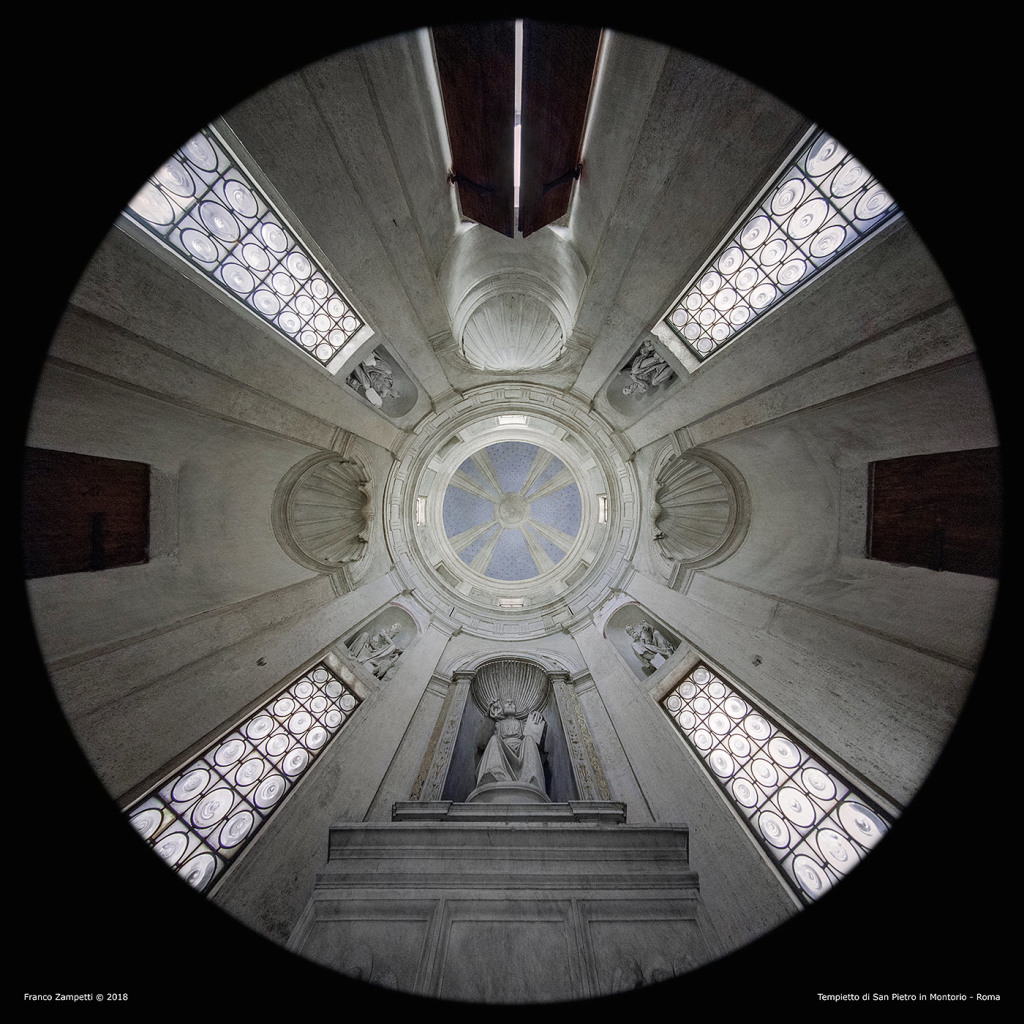 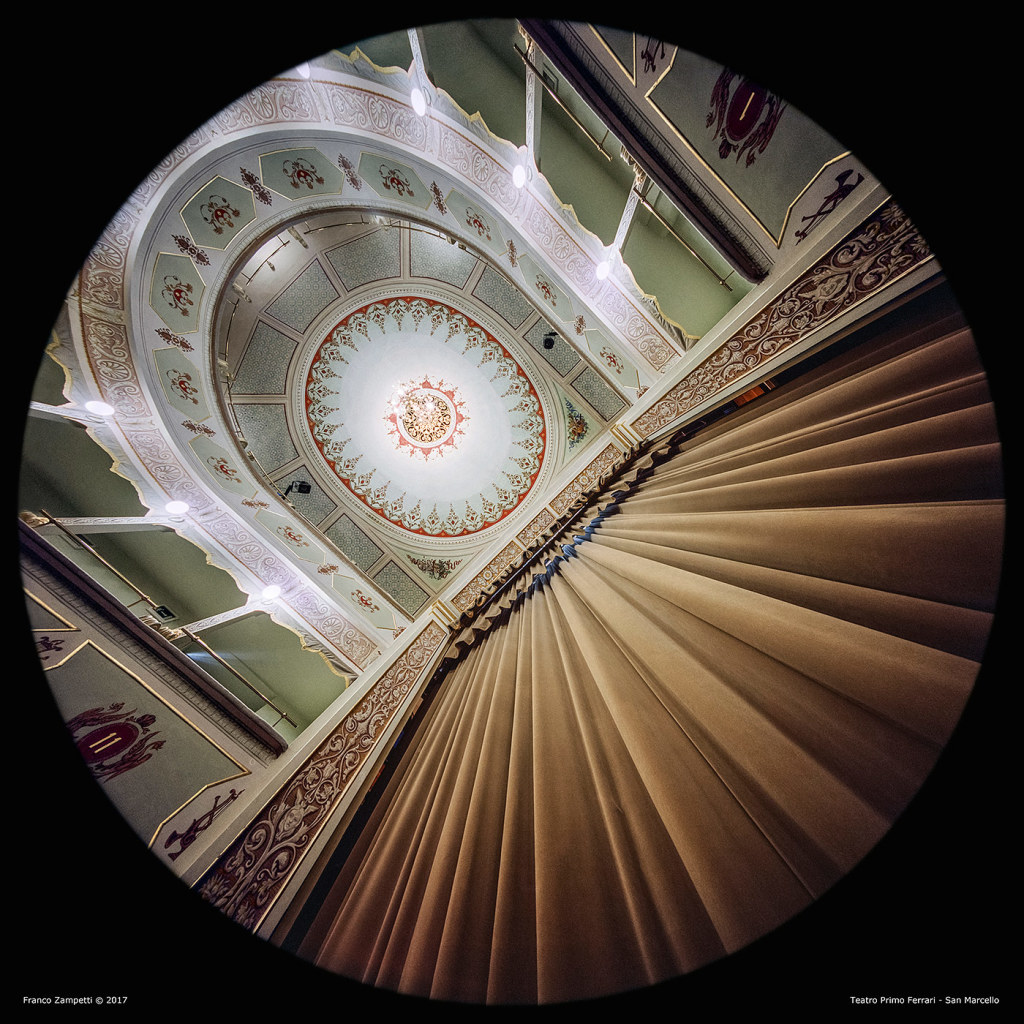 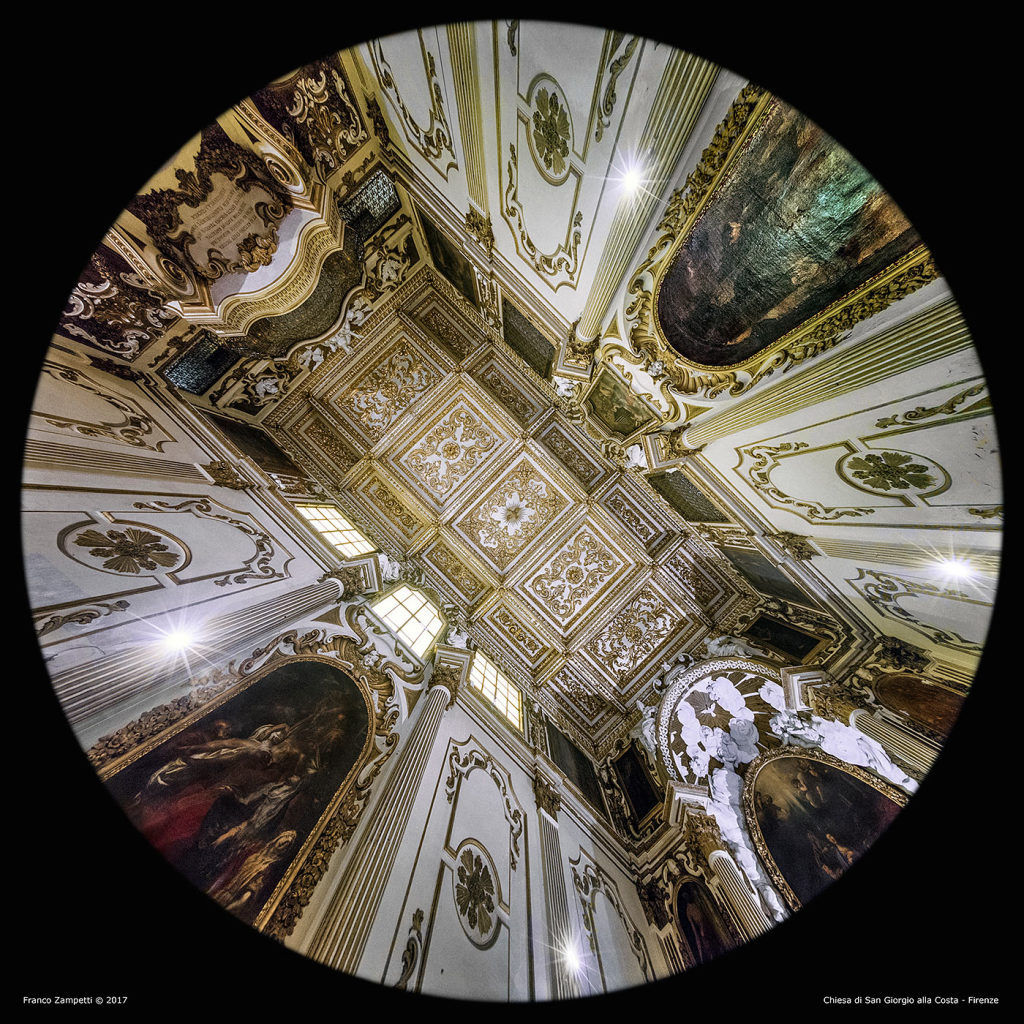 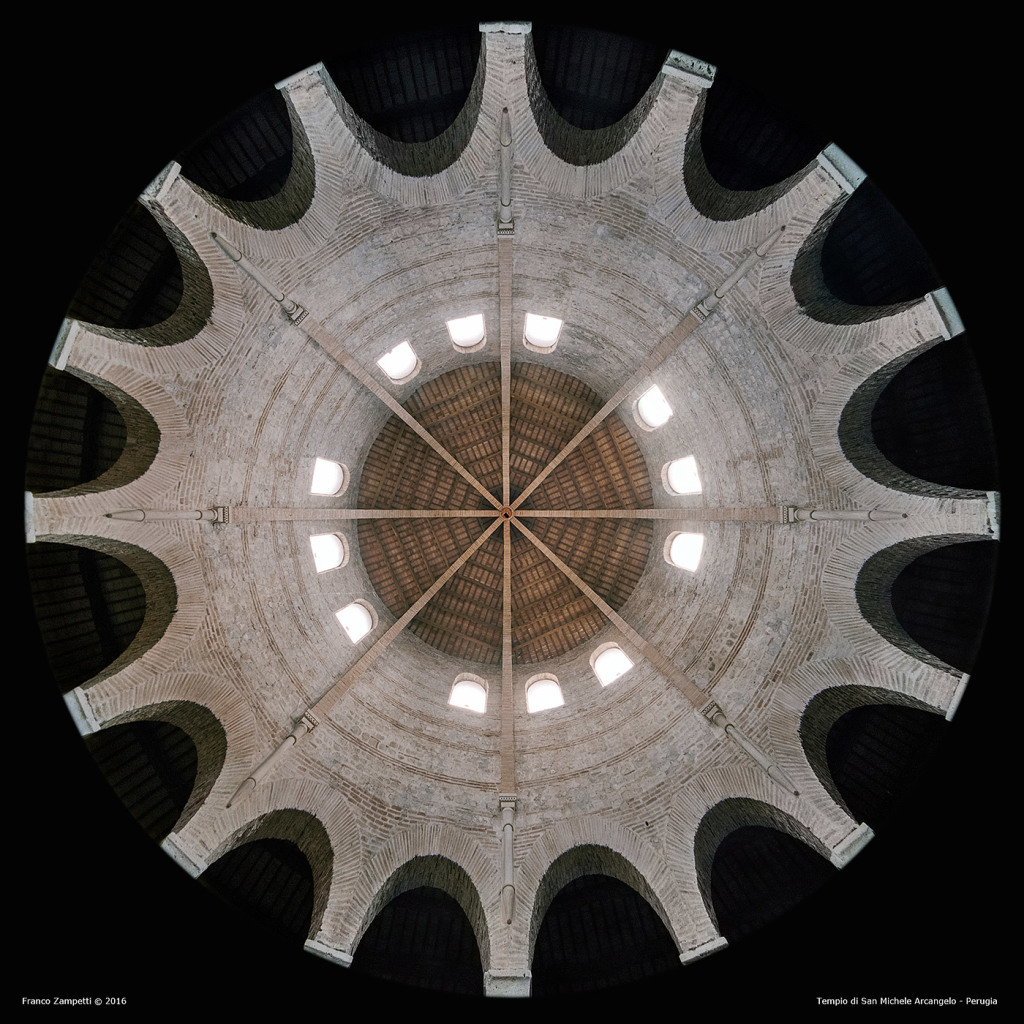 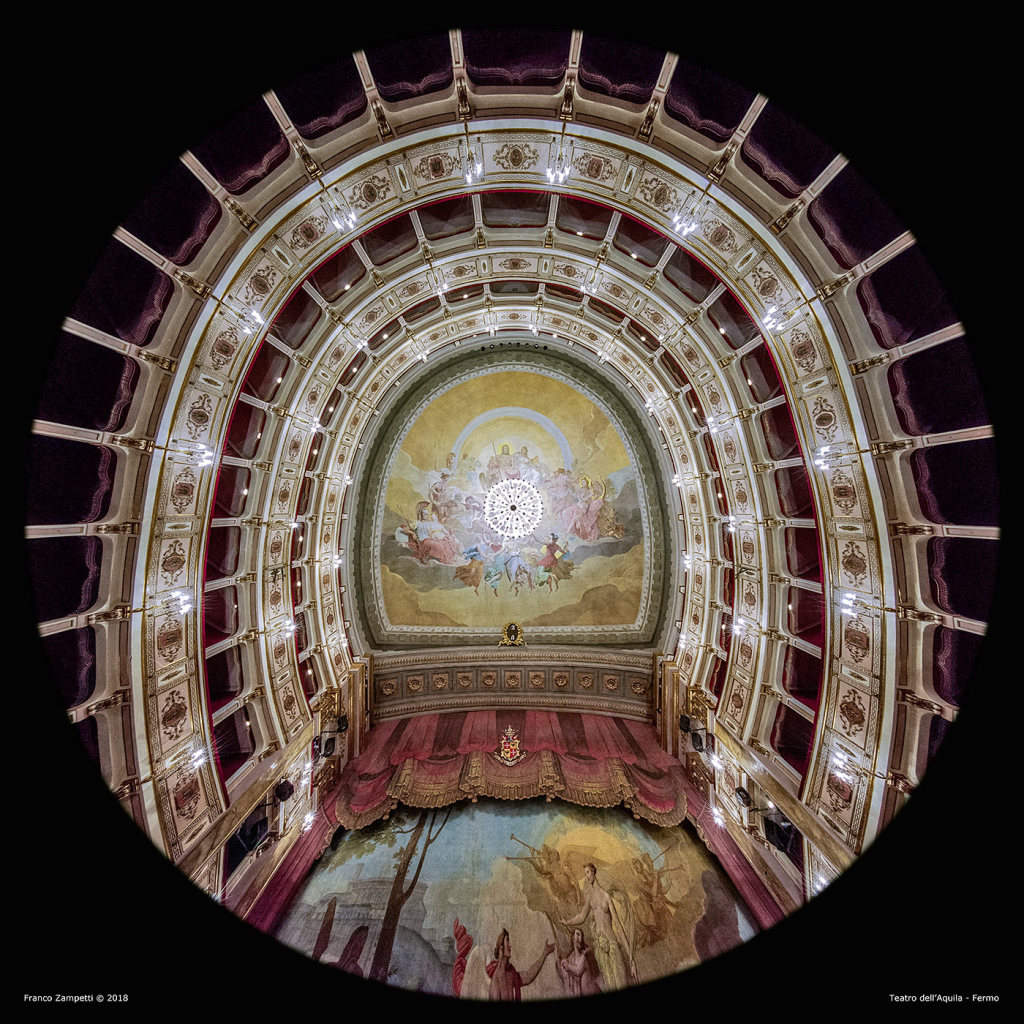 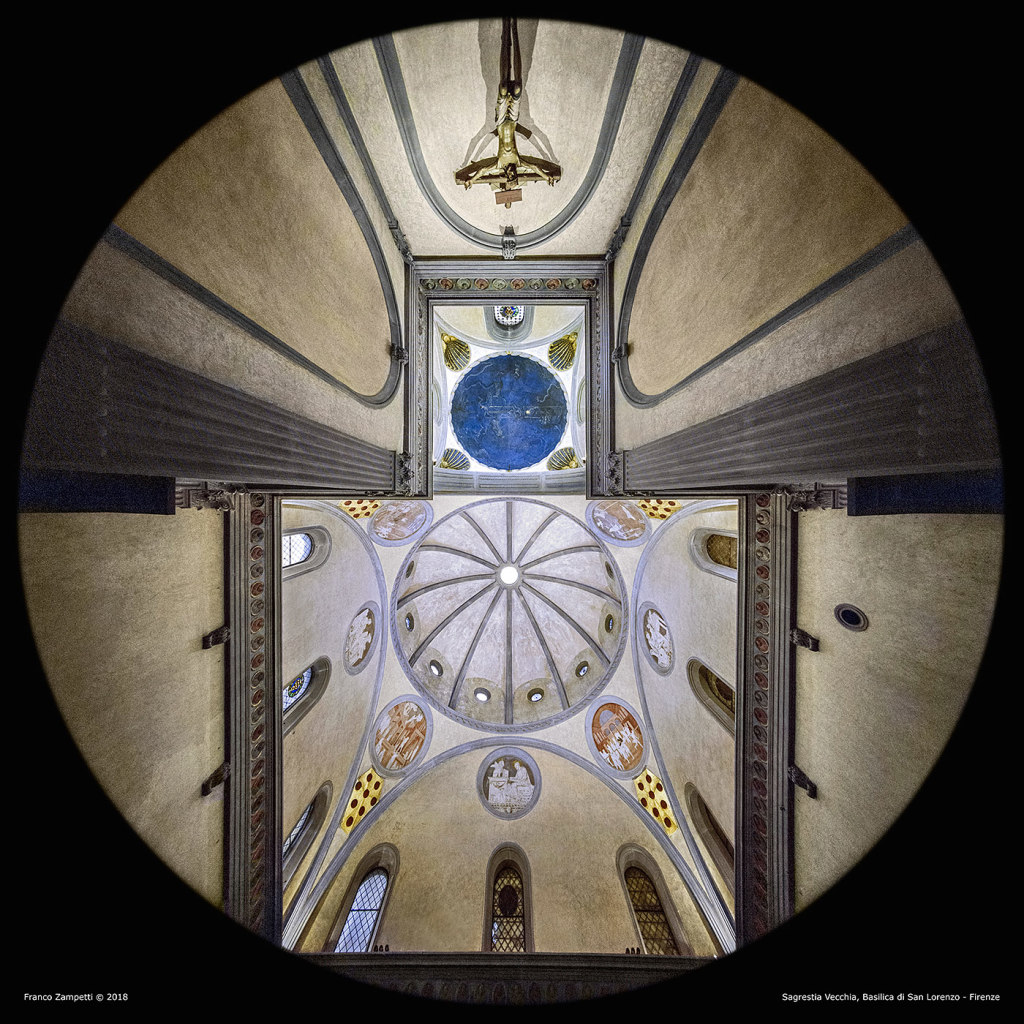 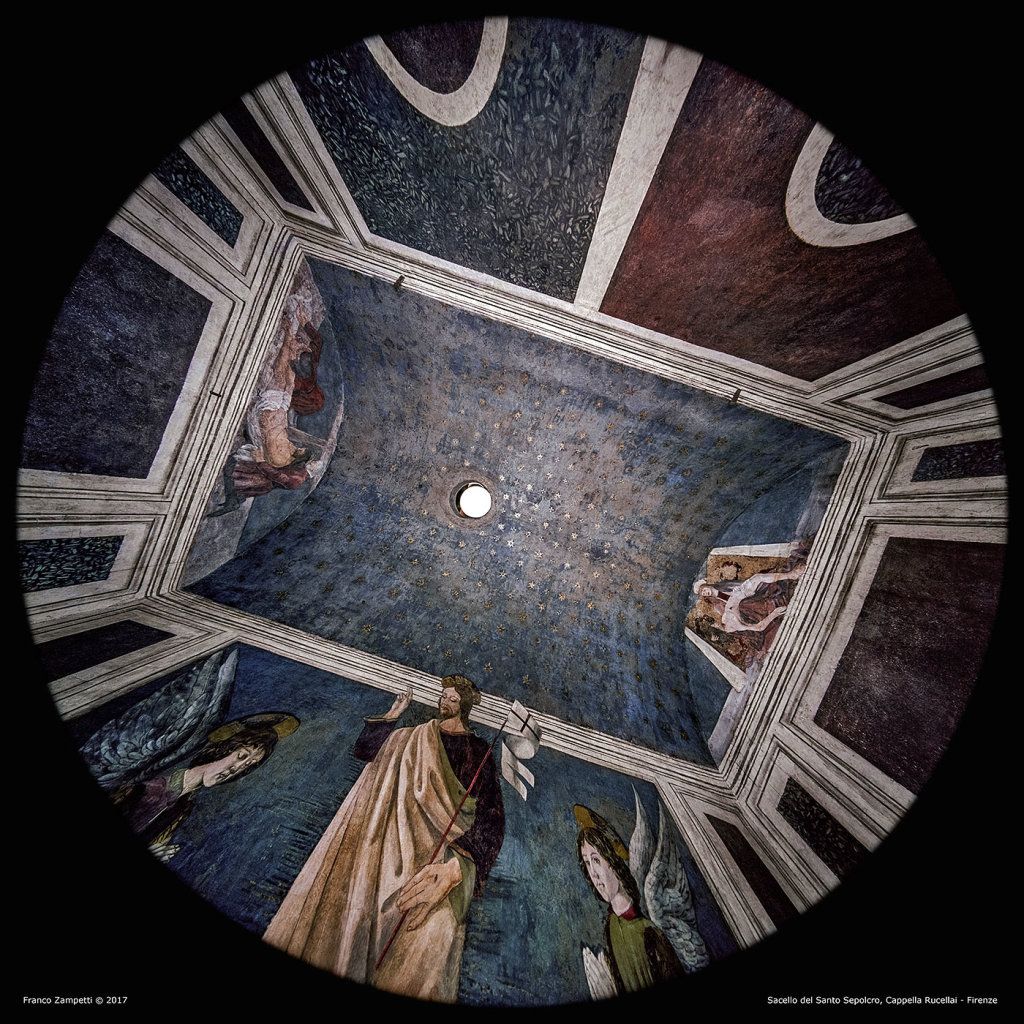 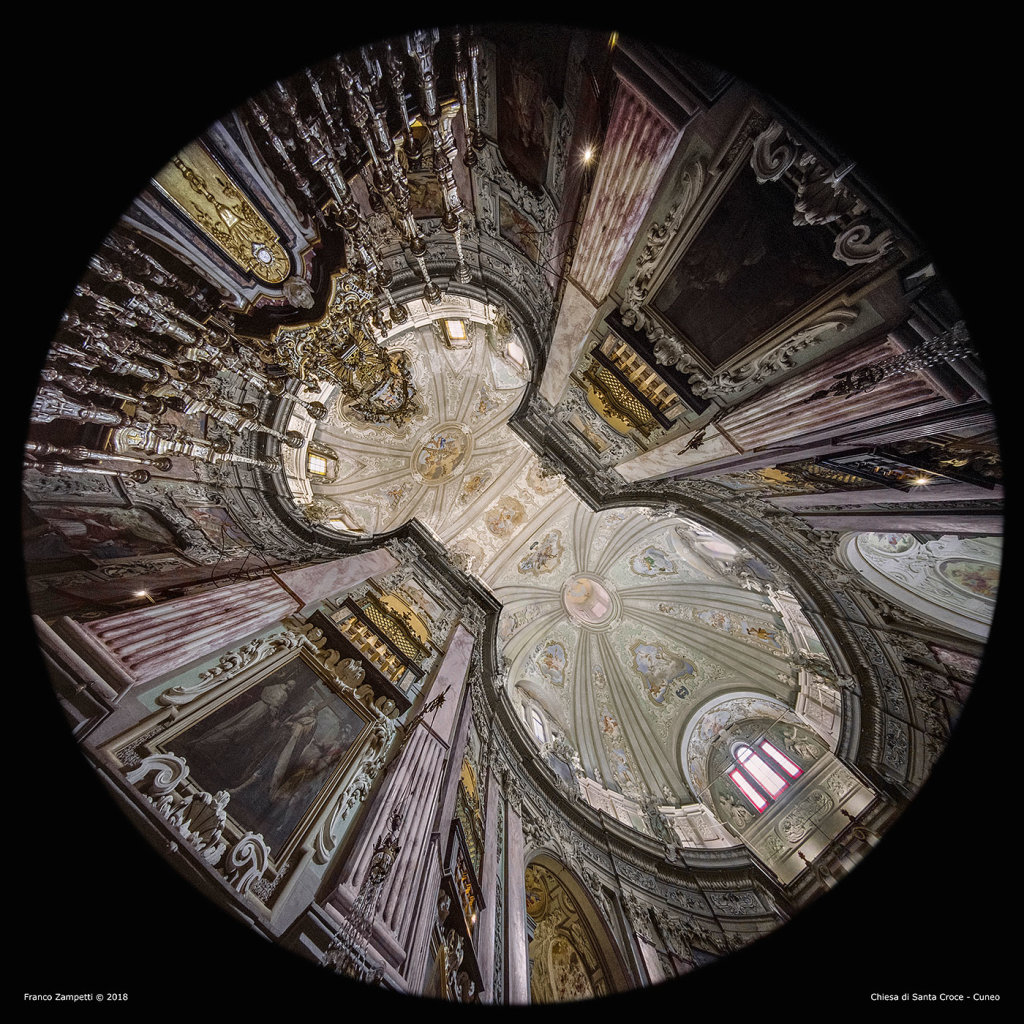 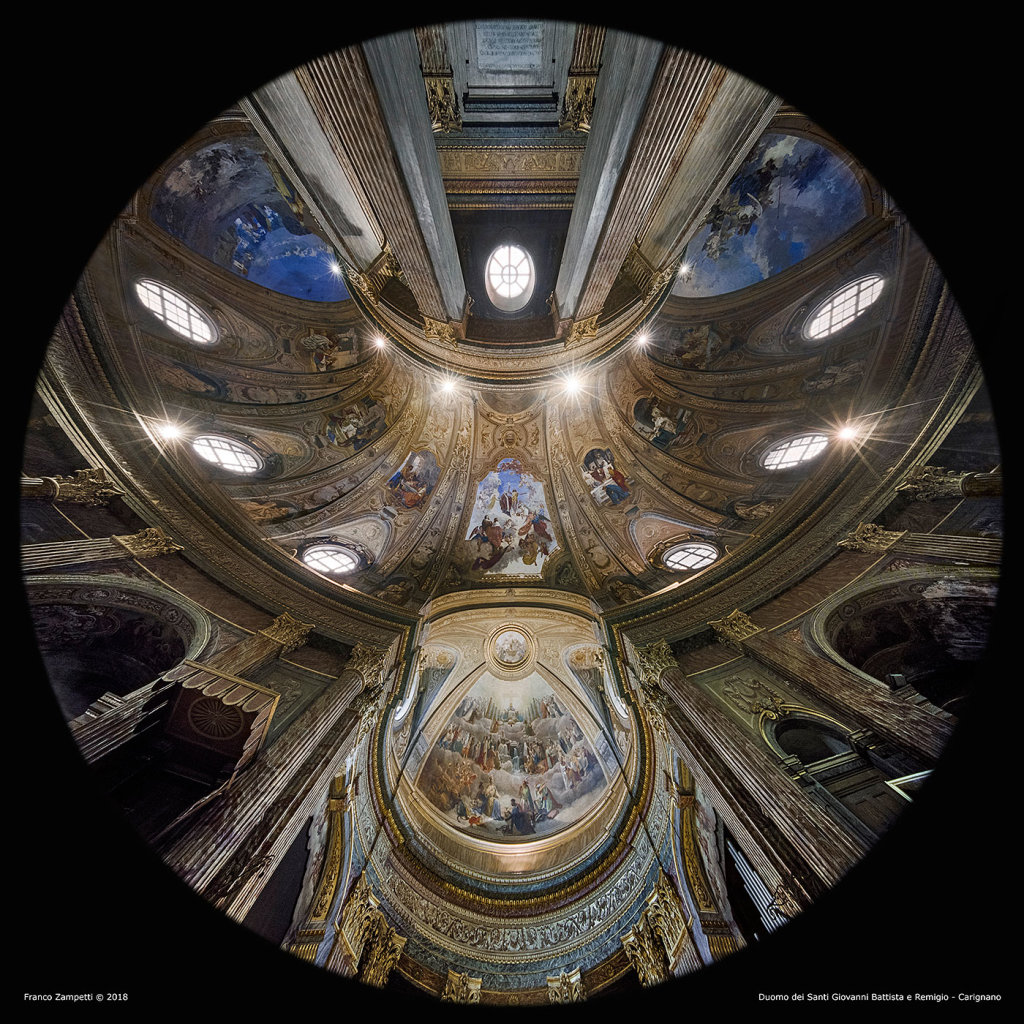 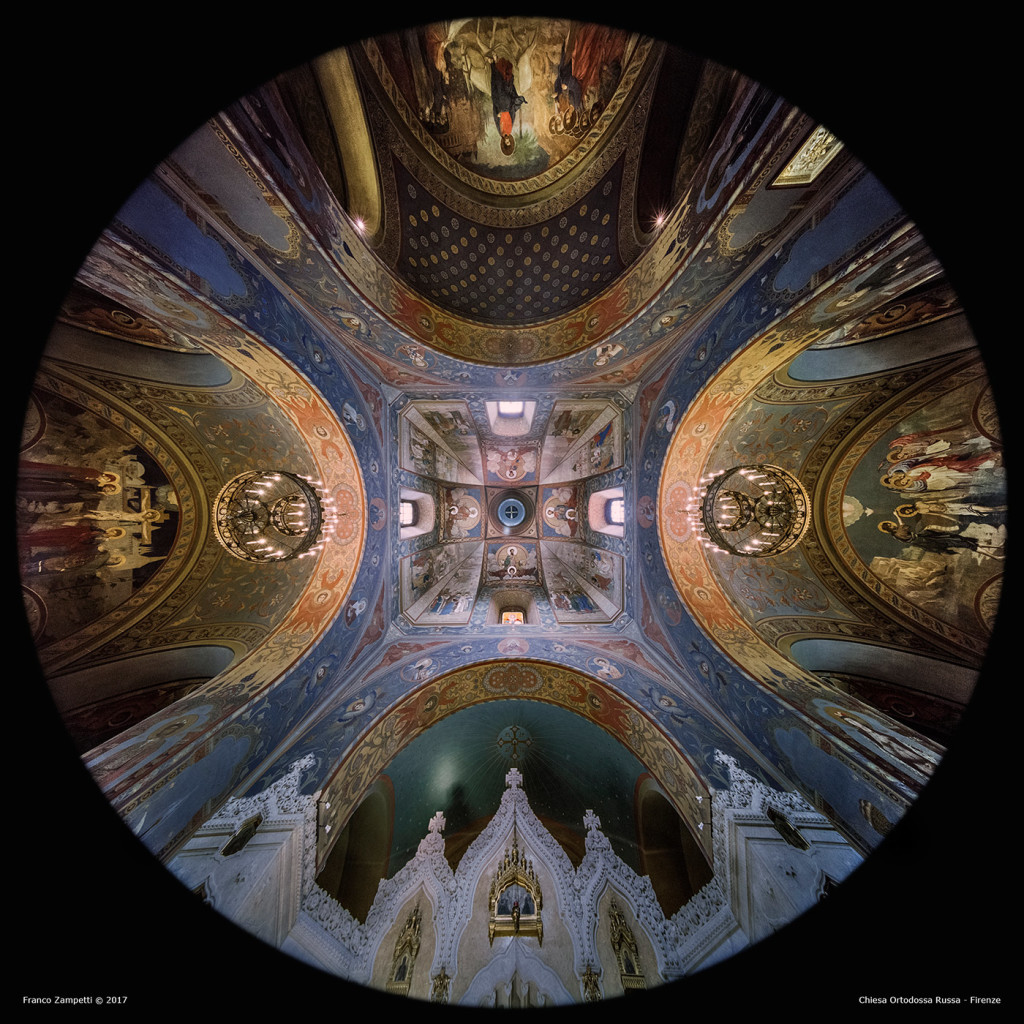 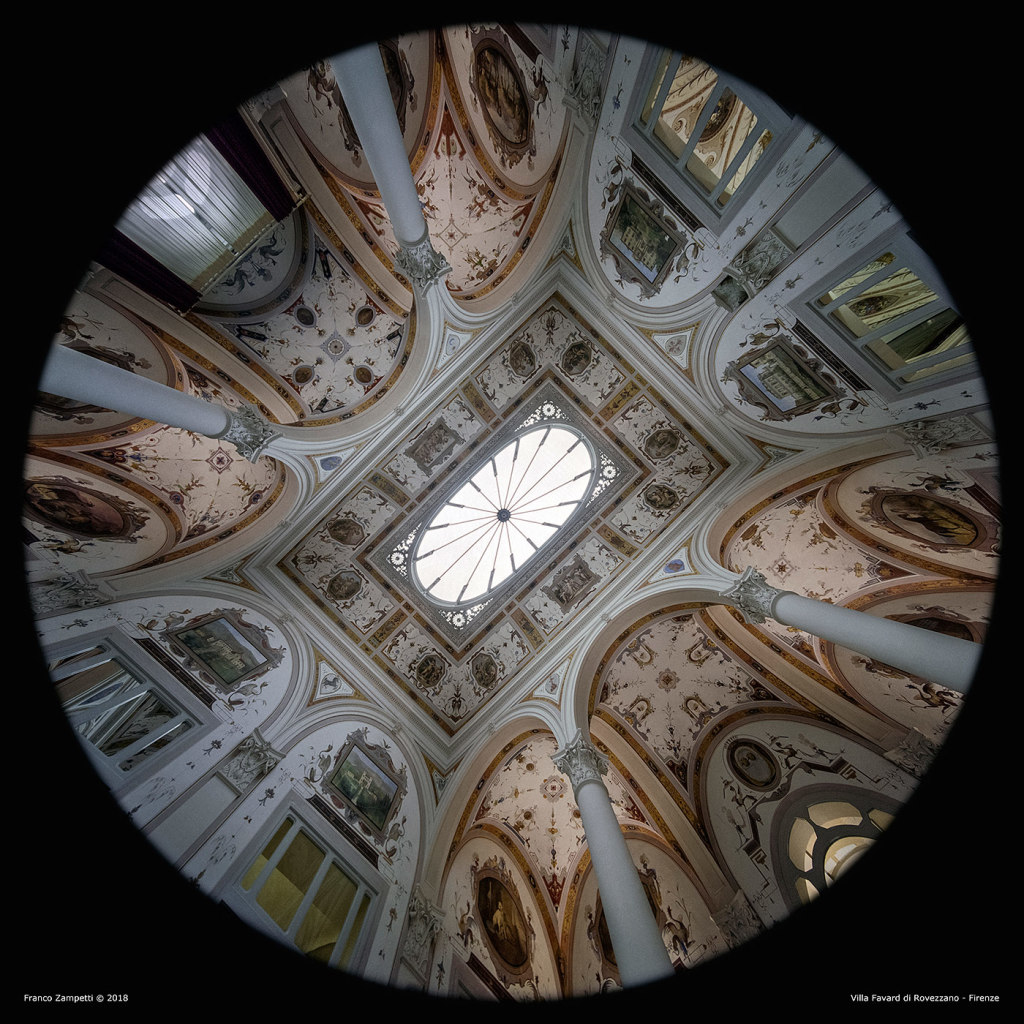 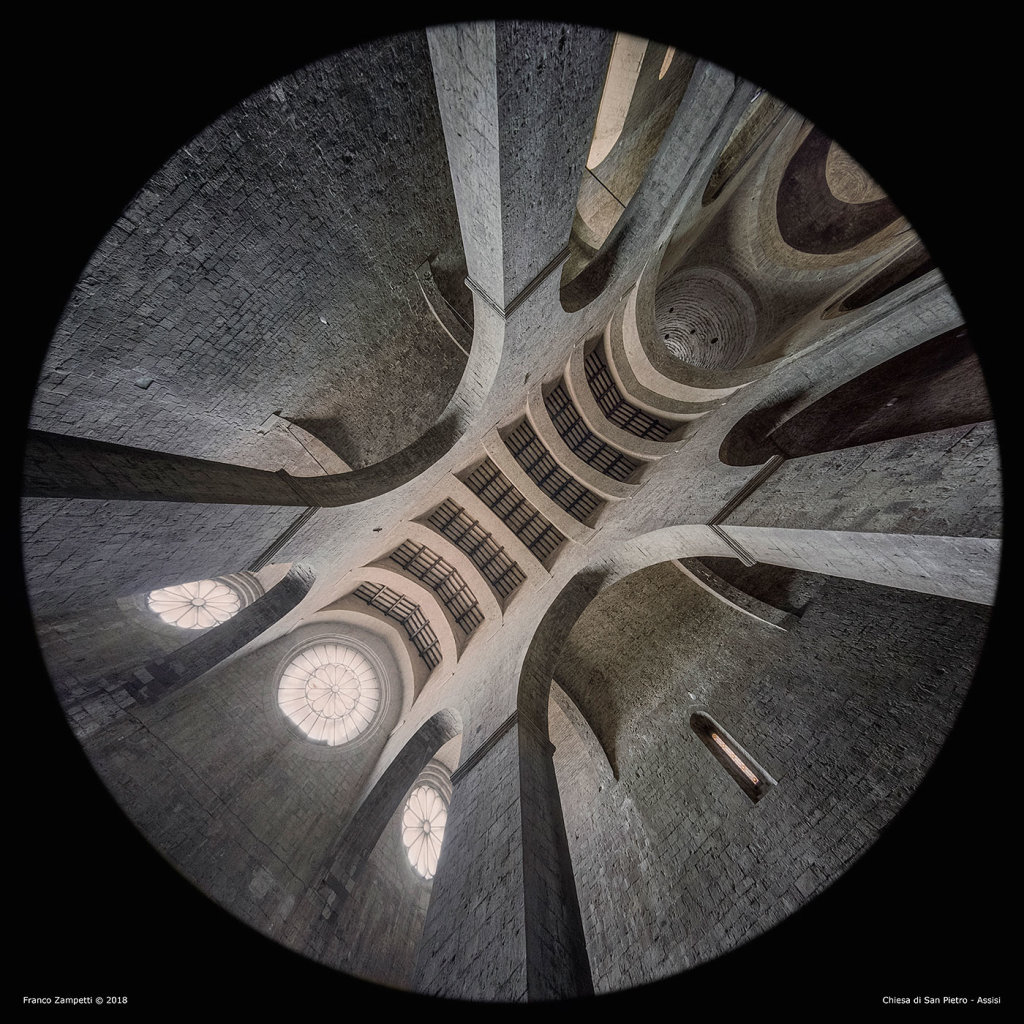 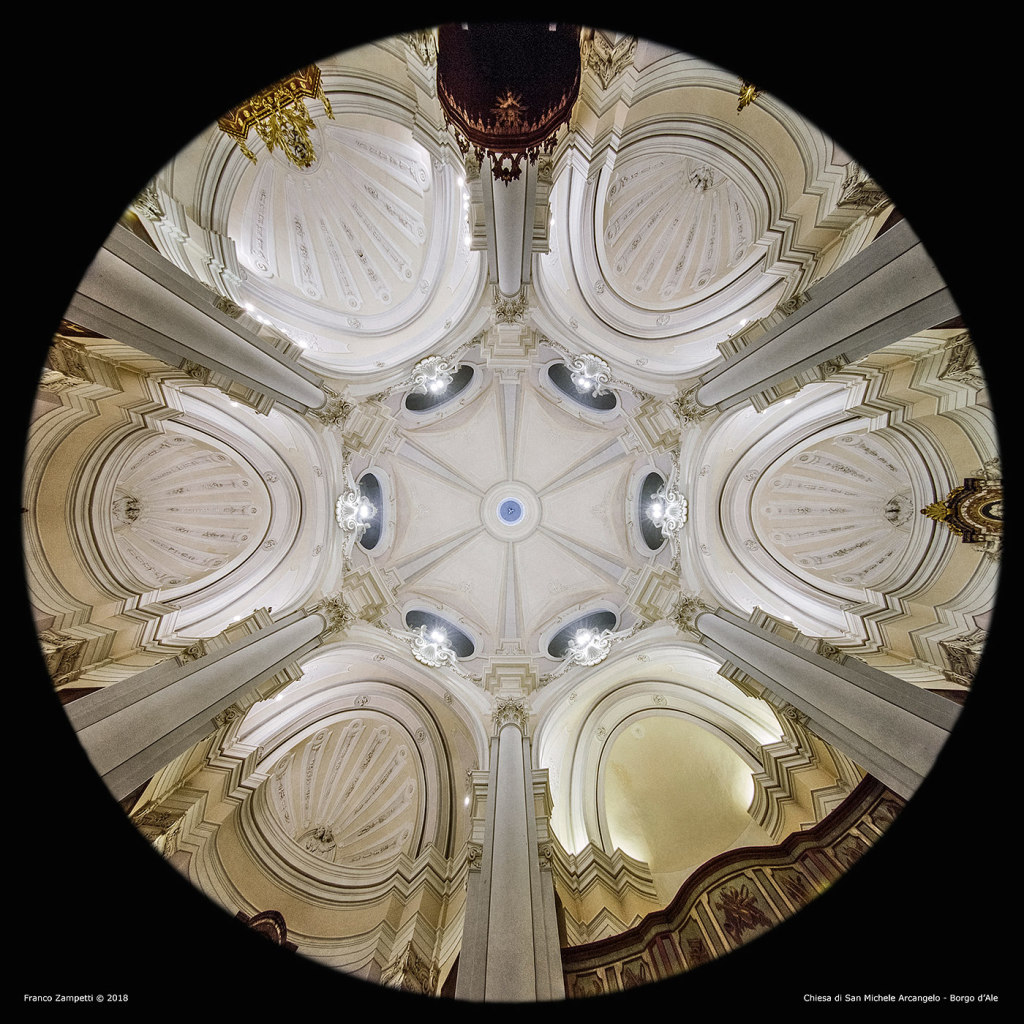 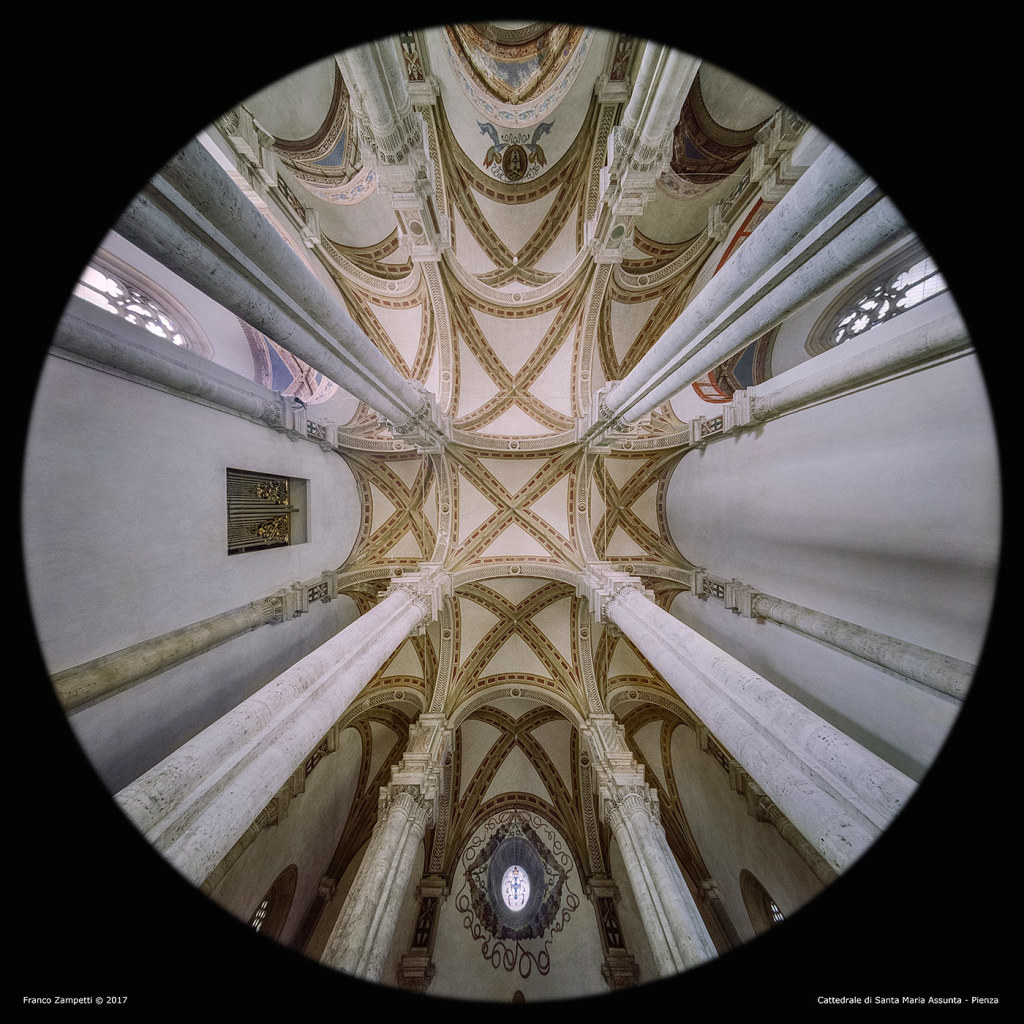 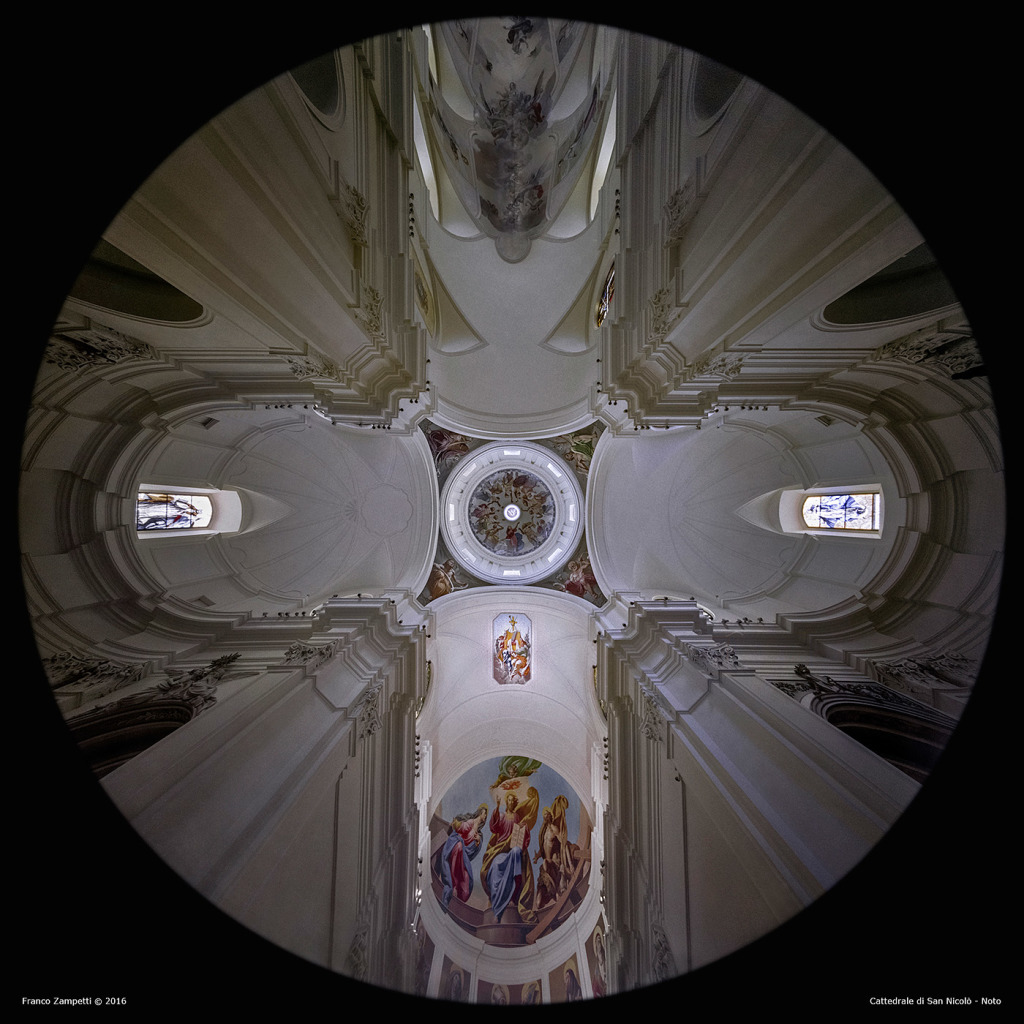 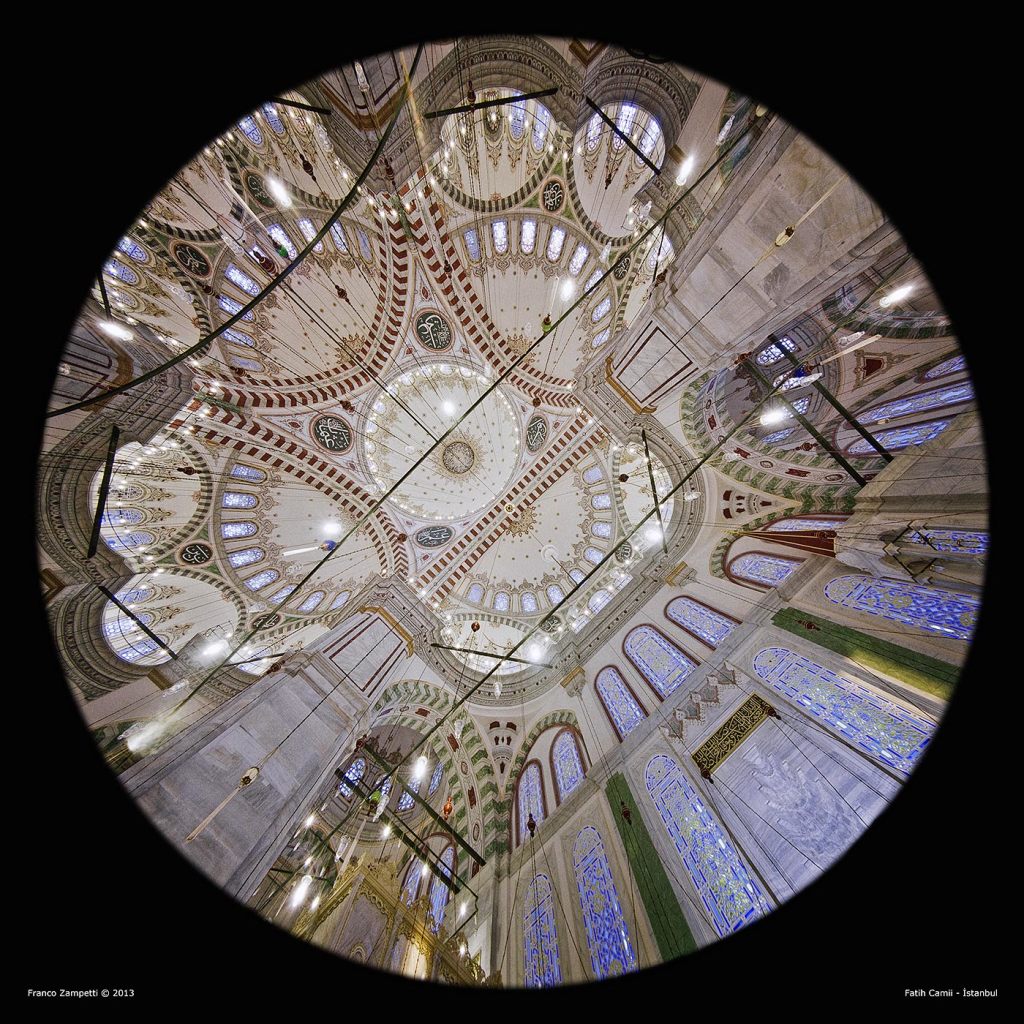 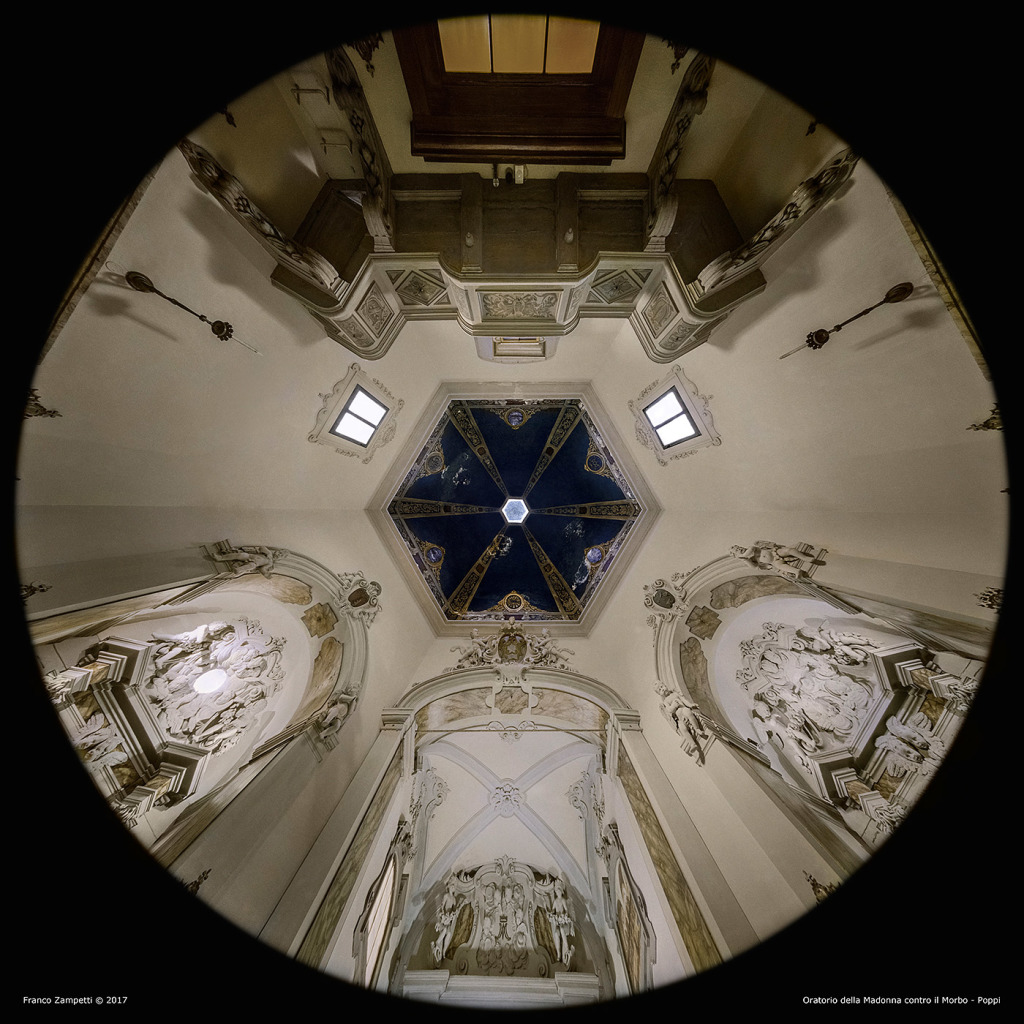