THE SKY ABOVE FRANKFURT 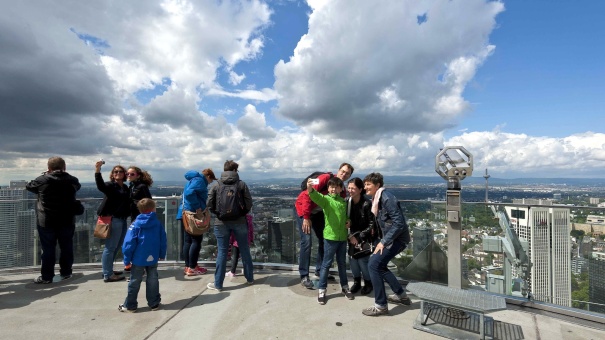 EVERYONE IS CRAZY ABOUT MAINHATTAN

A competition is announced by Standard & Poor’s, a co-owner of the property, for the best selfie taken from the terrace of the Main Tour that with its 208 meters of height allows you to enjoy a 360 ° panoramic view over the city of the banks?

The news, though yet to be confirmed, has provoked in the last 3 and a half weeks, an increase of 47.32% in the number of visitors of the sky over Frankfurt.

The tower is one of 15 taller than 150 meter buildings built in the city from the 90s onwards, hence the nickname Mainhattan ( the Mainhattan on the Main).