A VISIT TO THE ALTE NATIONALGALERIE IN BERLIN 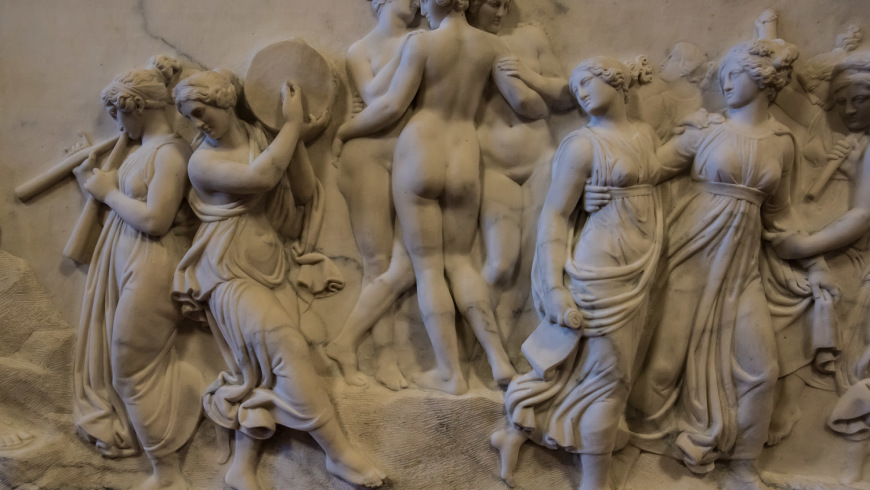 The Alte Nationalgalerie (Old National Gallery) in Berlin is an art gallery showing a collection of Neoclassical, Romantic, Biedermeier, Impressionist and early Modernist artwork. It is situated on Museum Island, a UNESCO-designated World Heritage Site, in the middle of the island, between the rails of the Berlin Stadtbahn and Bode Street on the eastern banks.

It is connected to the Pergamon Museum to the north, and to the Neues Museum, the Altes Museum, and the Berlin Cathedral to the south. The building was designed by Friedrich August Stüler with details by Carl Busse, in an architectural style that is a mix between late Classicism and early Neo-Renaissance, and realised by Heinrich Strack. It was intended to express “the unity of art, nation, and history”, and therefore has aspects reminiscent of a church (an apse) and a theatre (the grand staircase) as well as a temple. An equestrian statue of Frederick William IV tops the staircase. The exterior of the building still retains its original appearance, whereas the interior has been renovated many times in order to suit the exhibits. 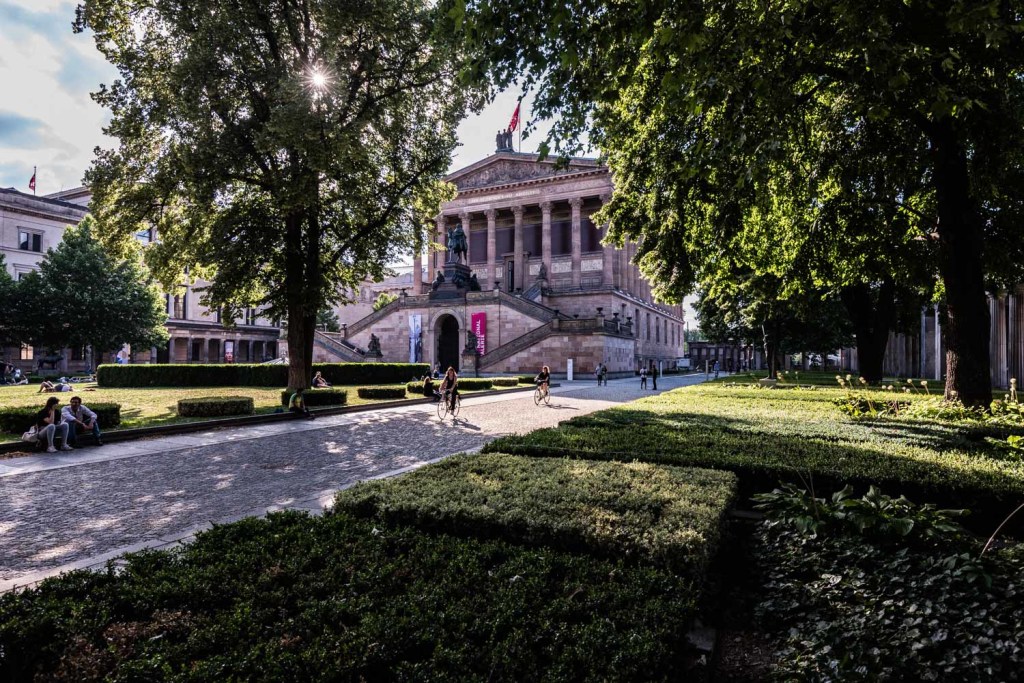 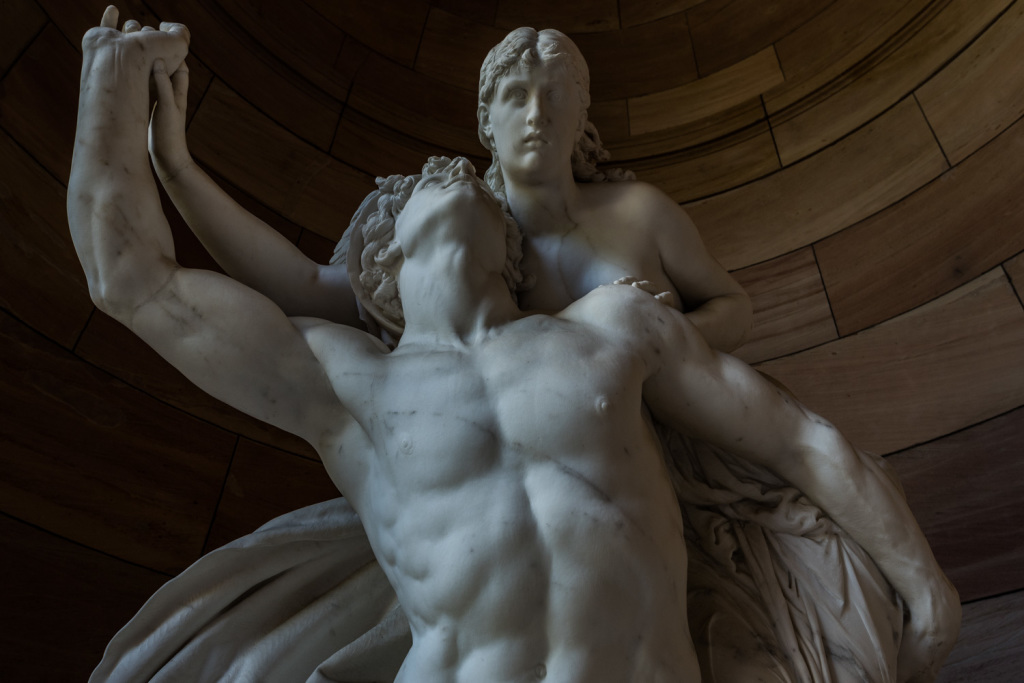 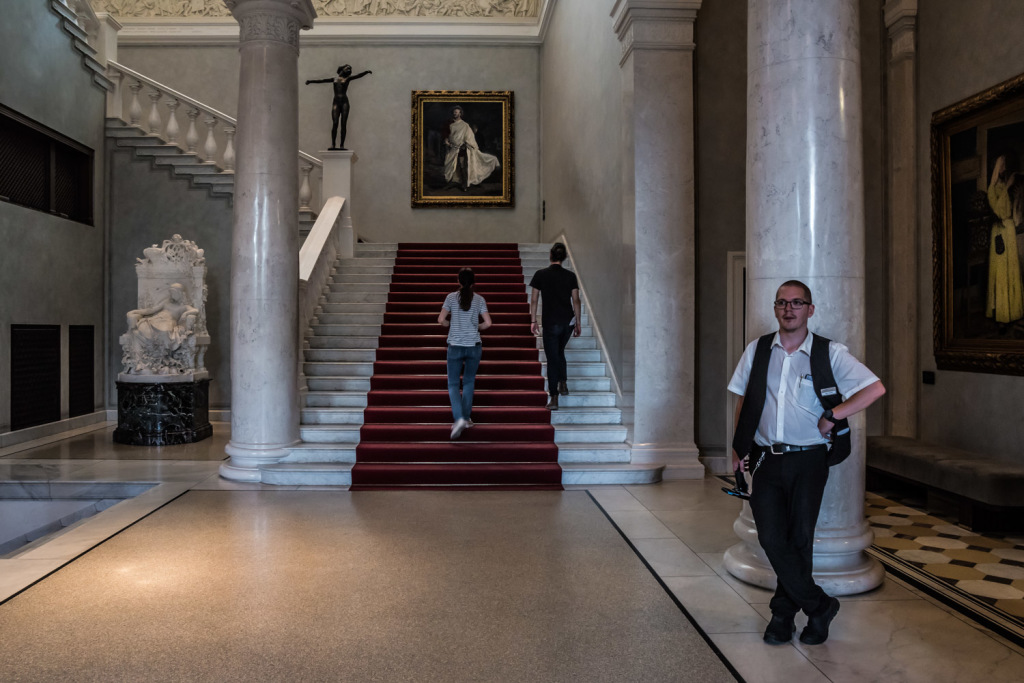 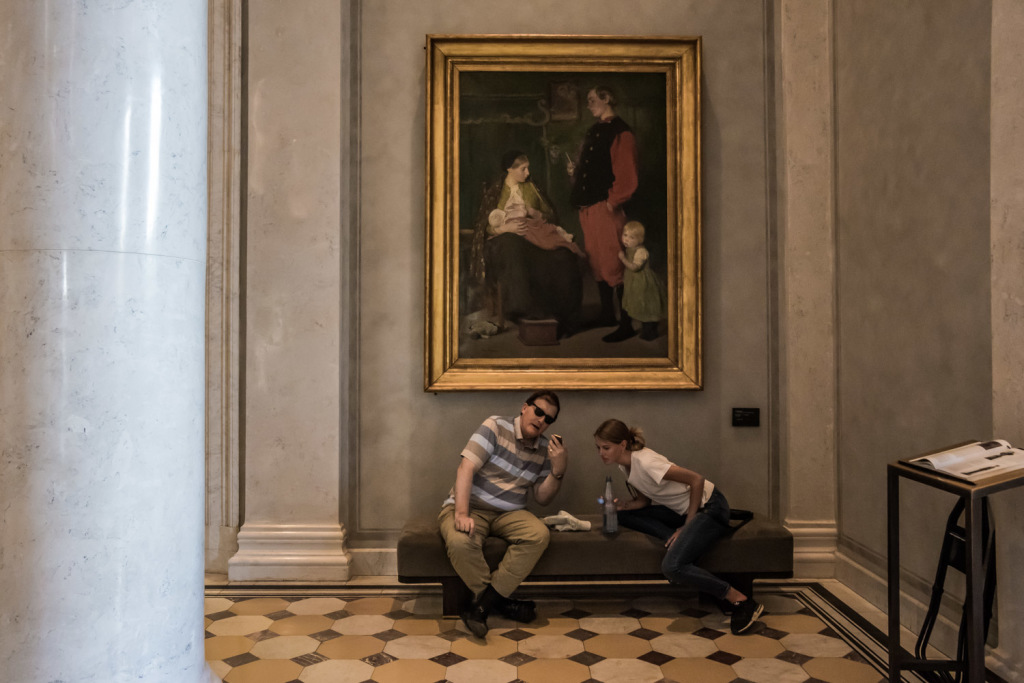 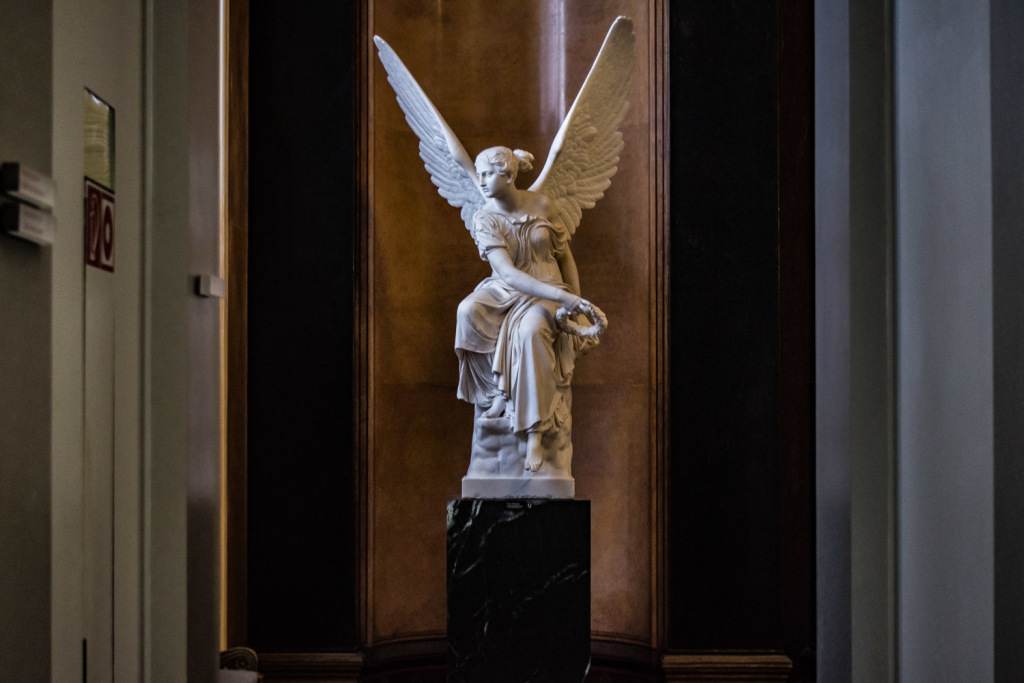 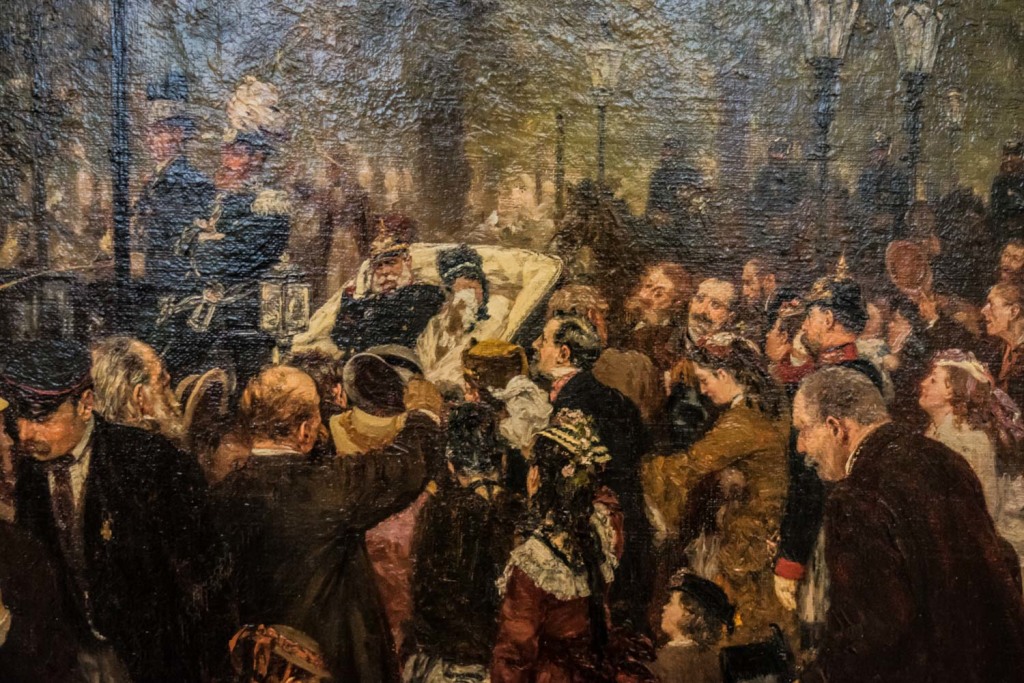 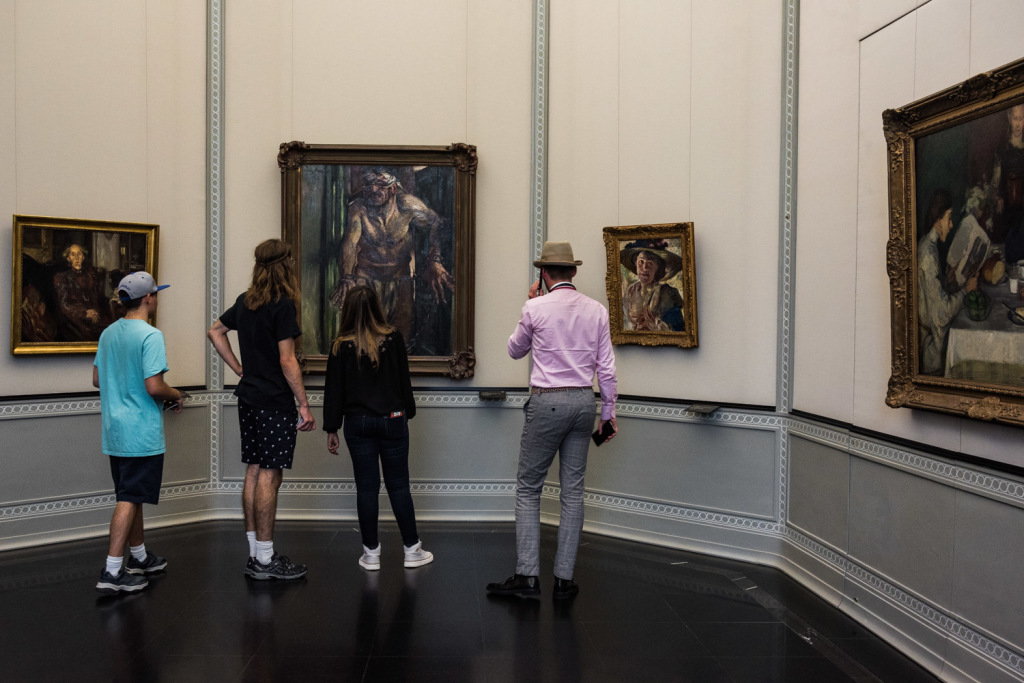 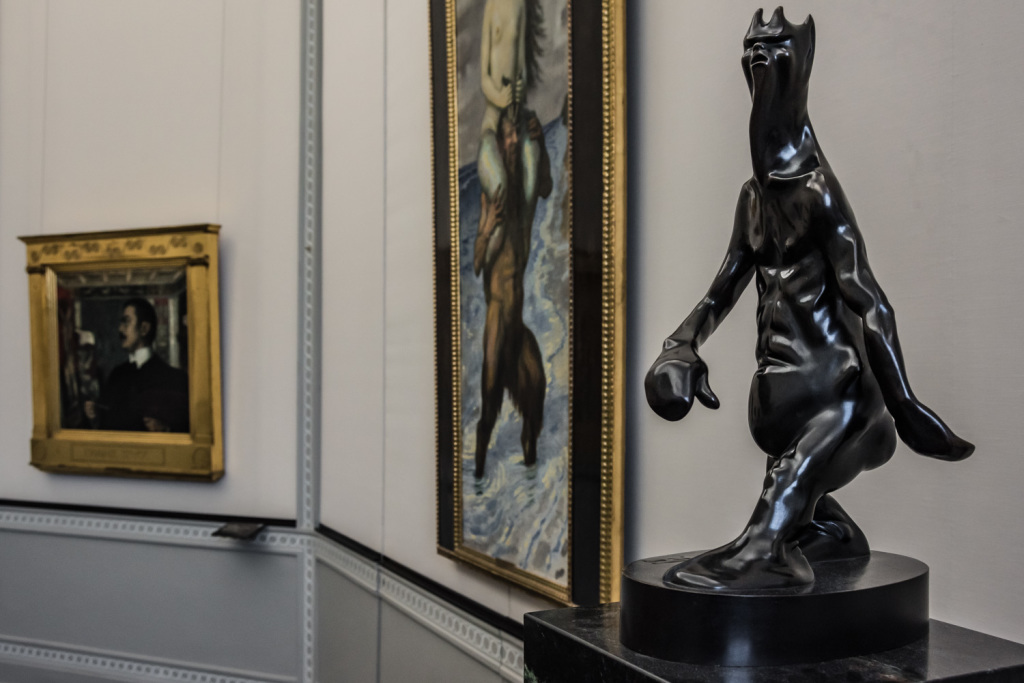 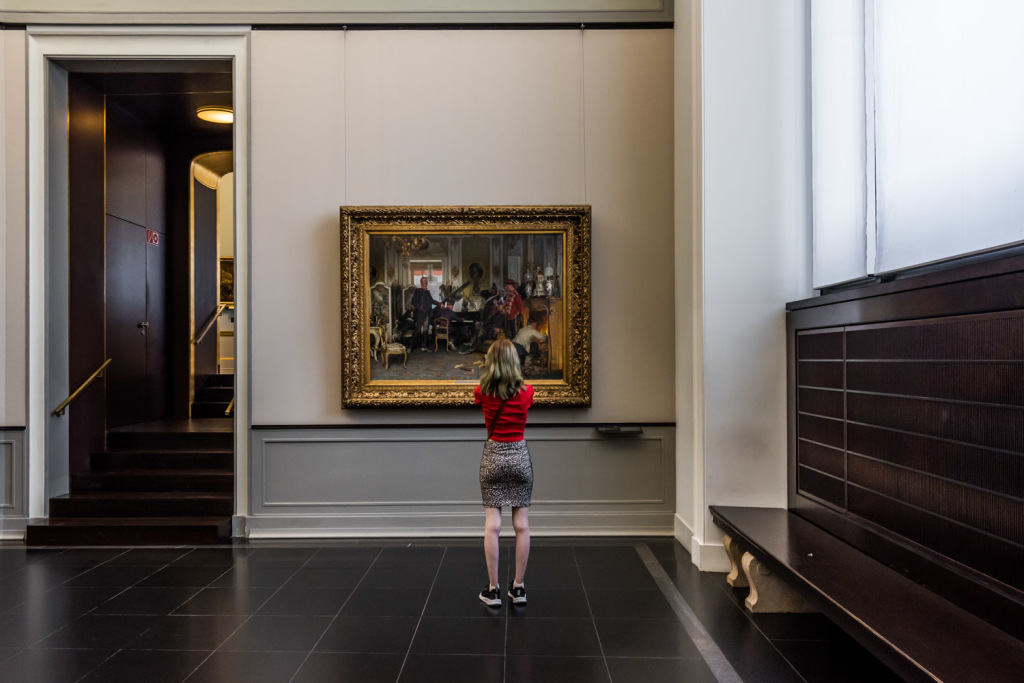 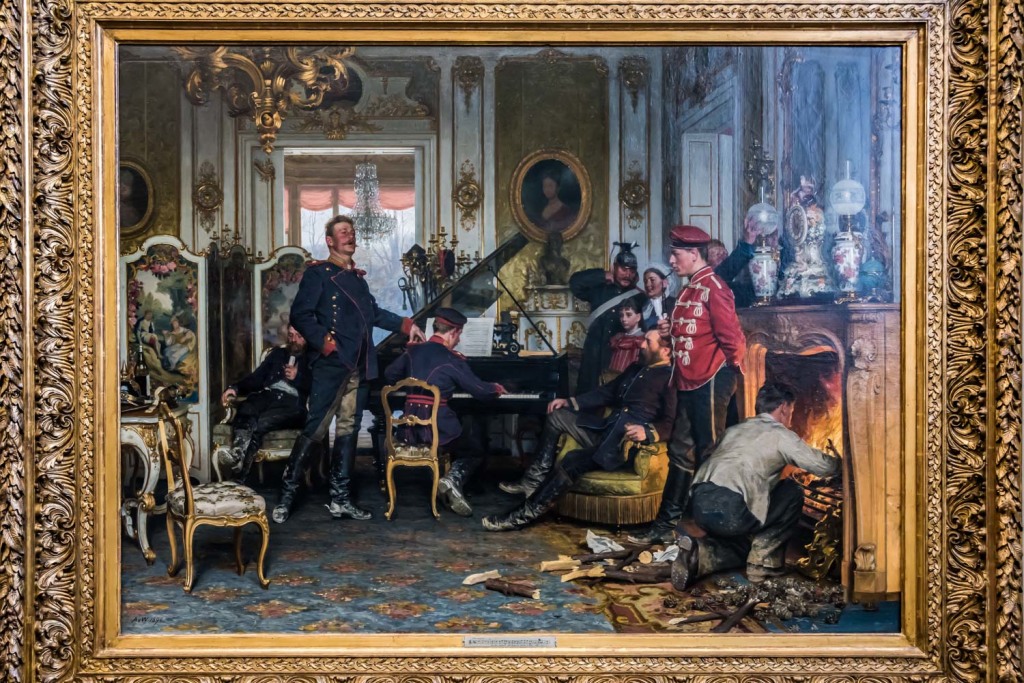 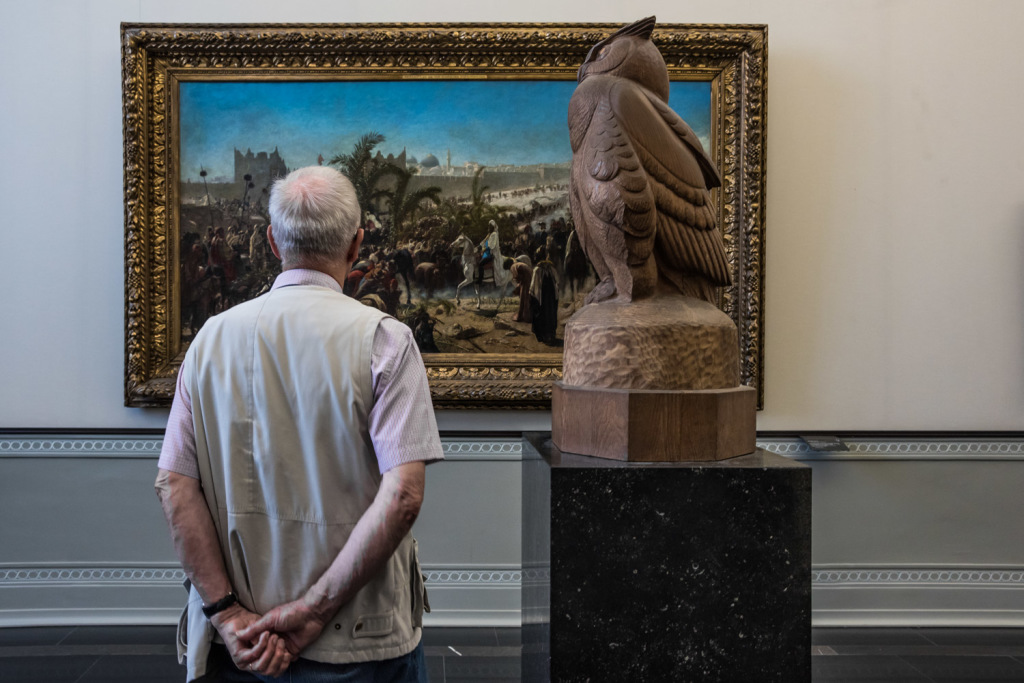 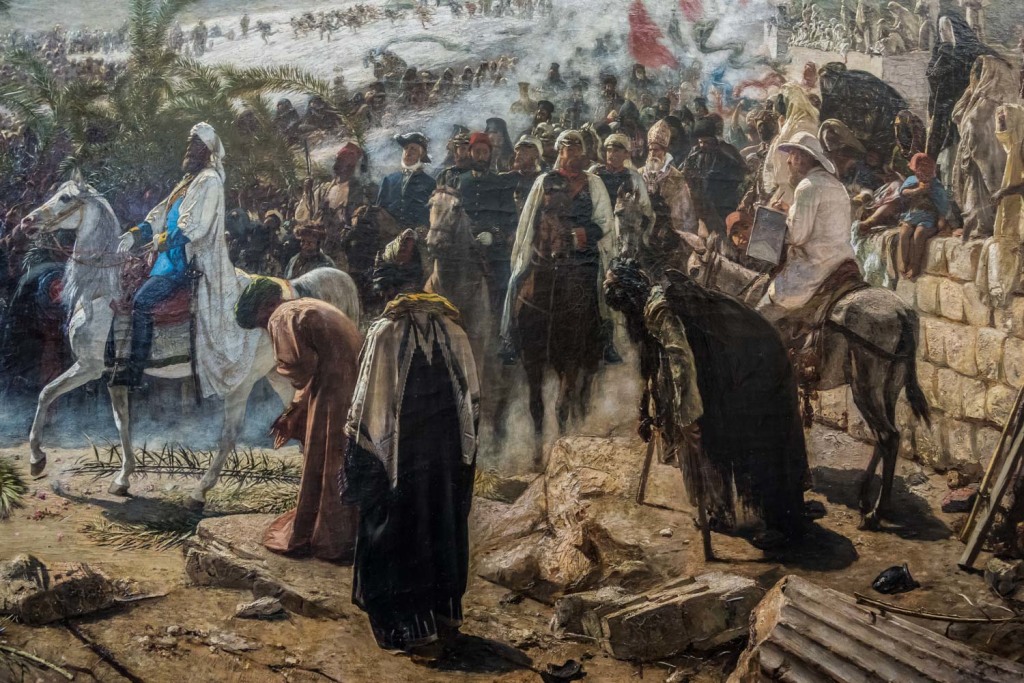 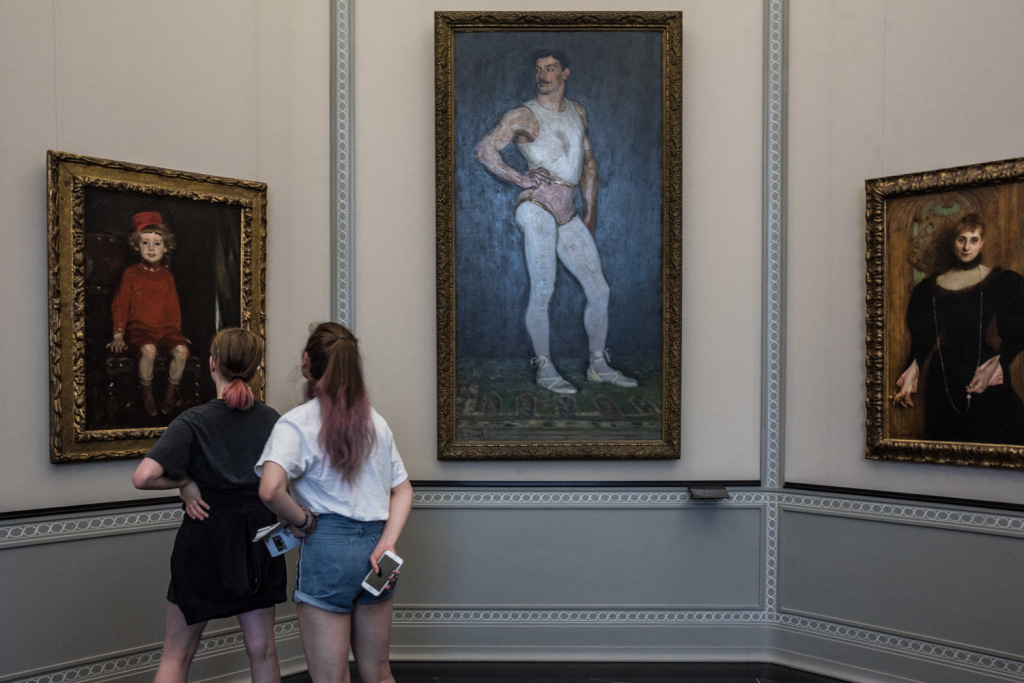 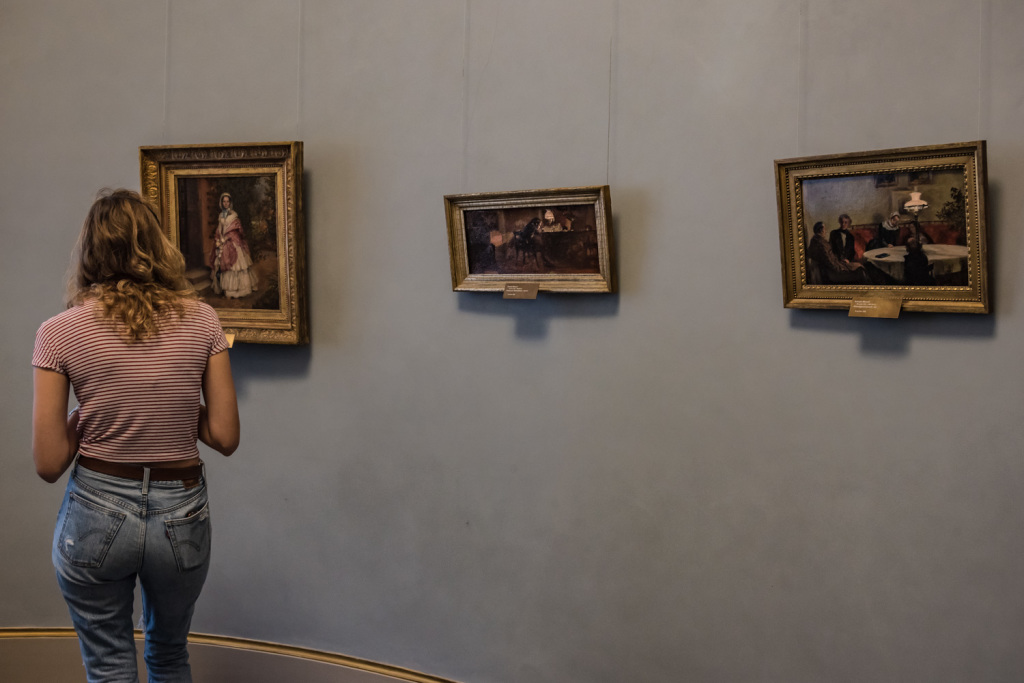 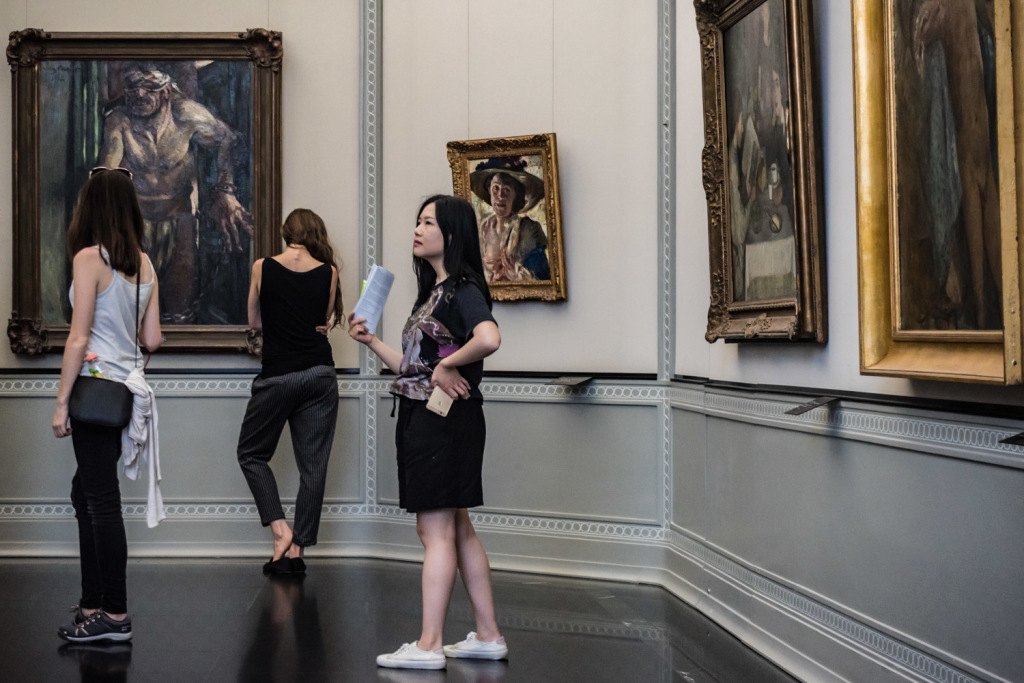 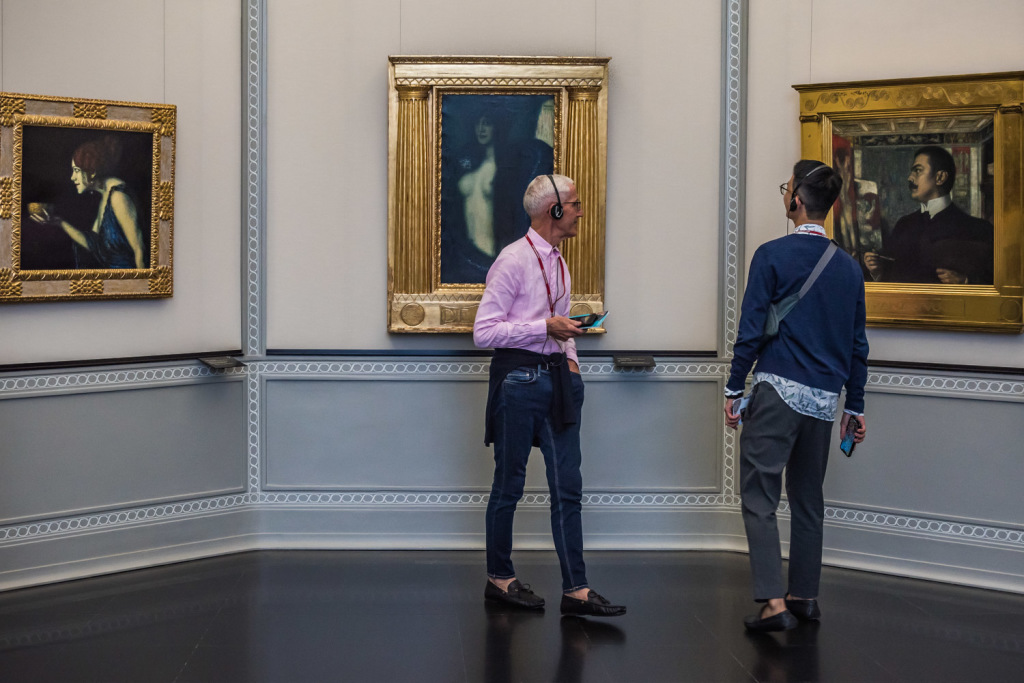 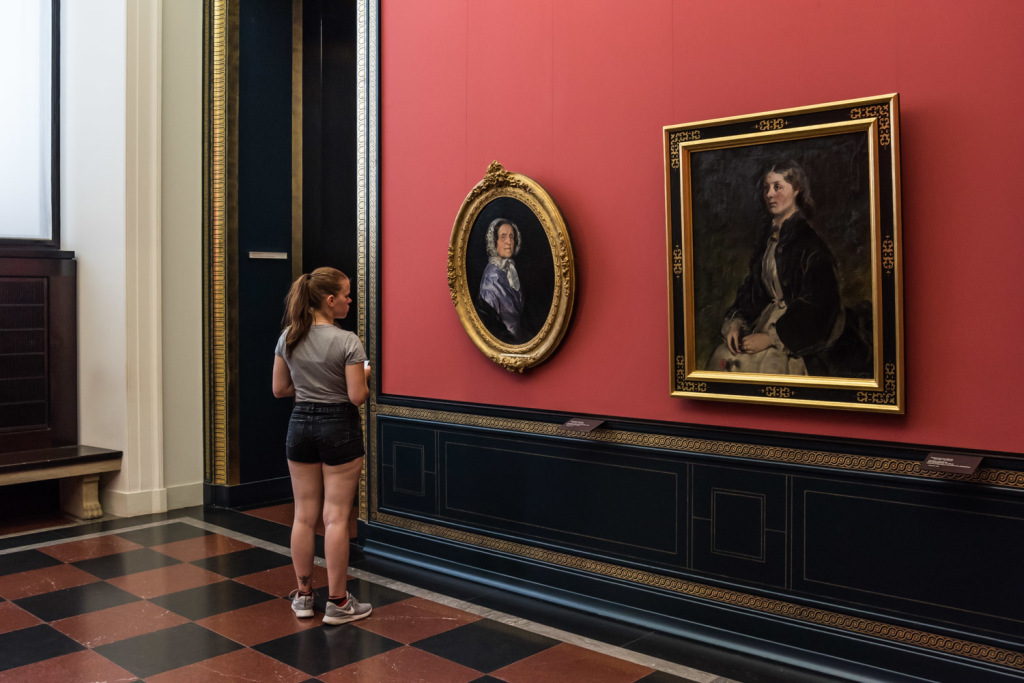 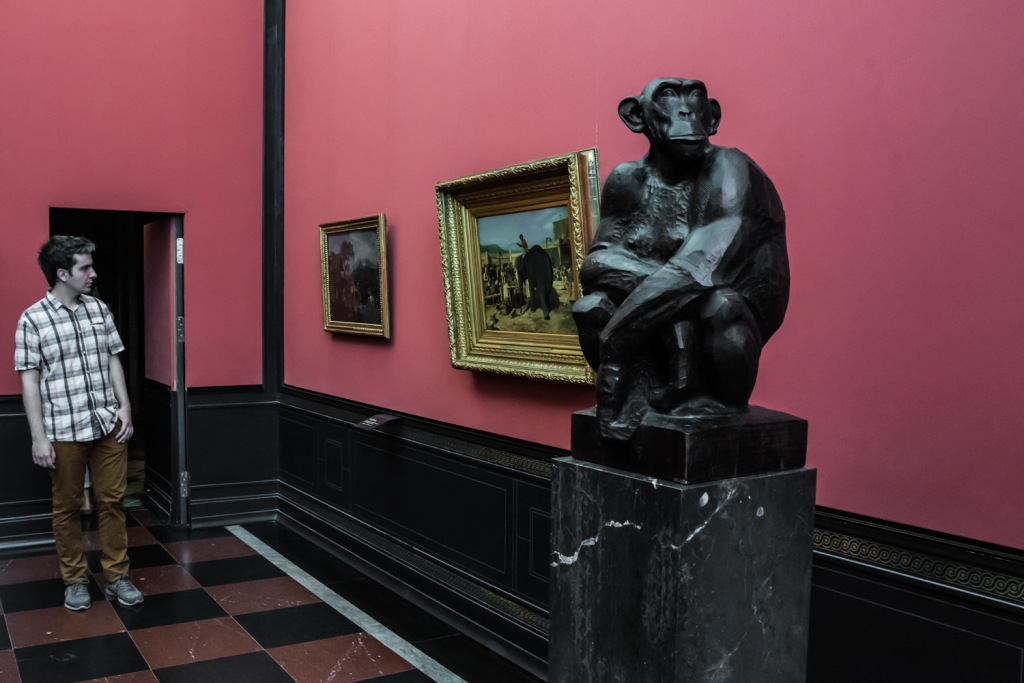 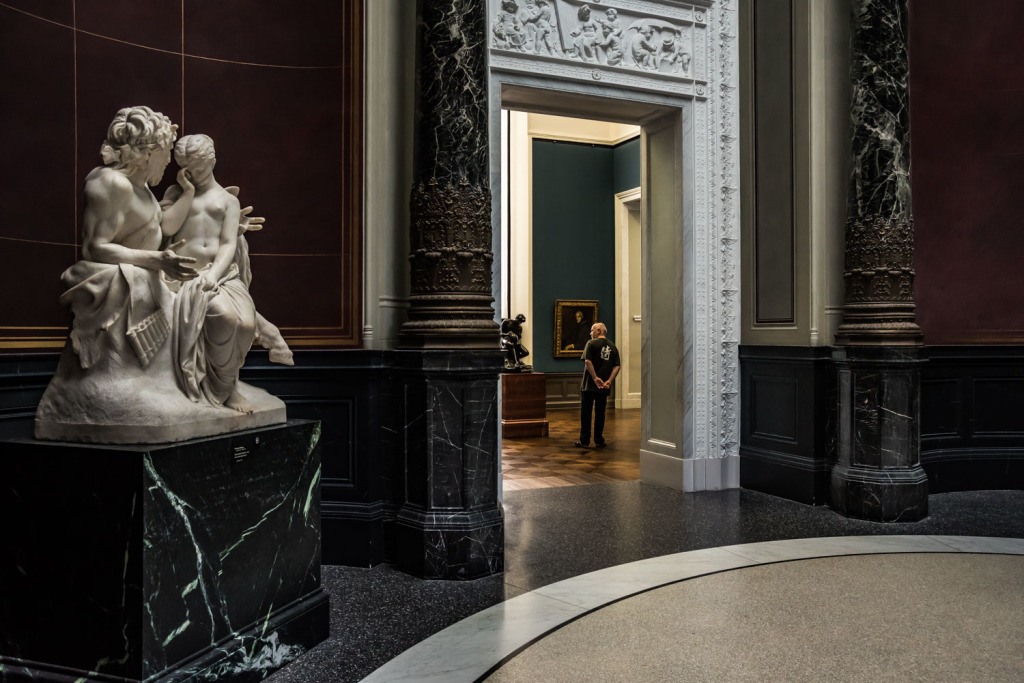 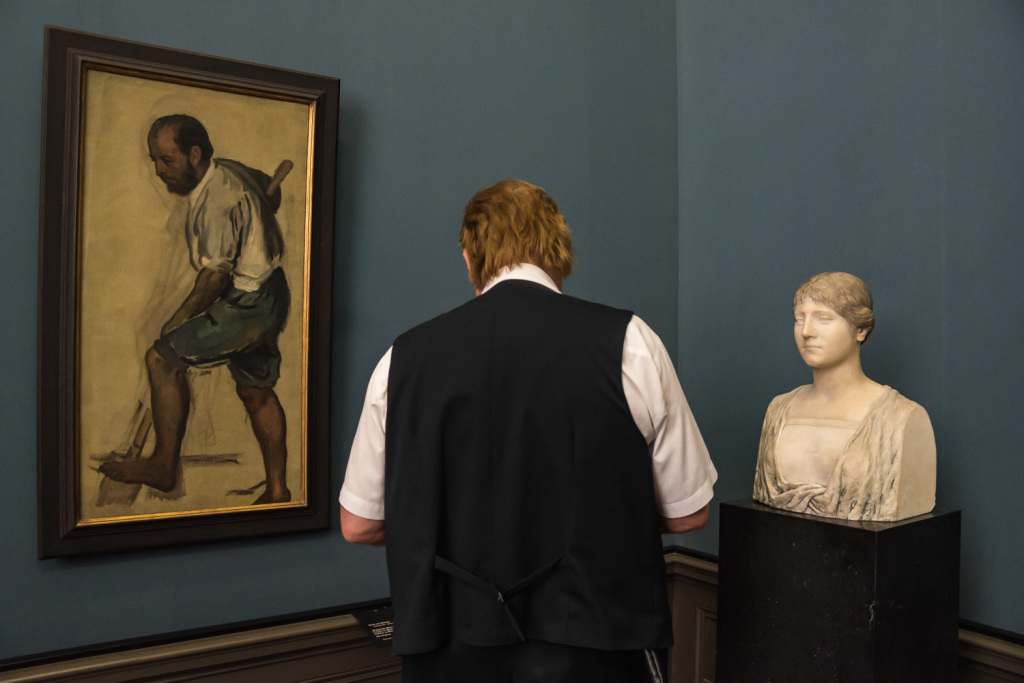 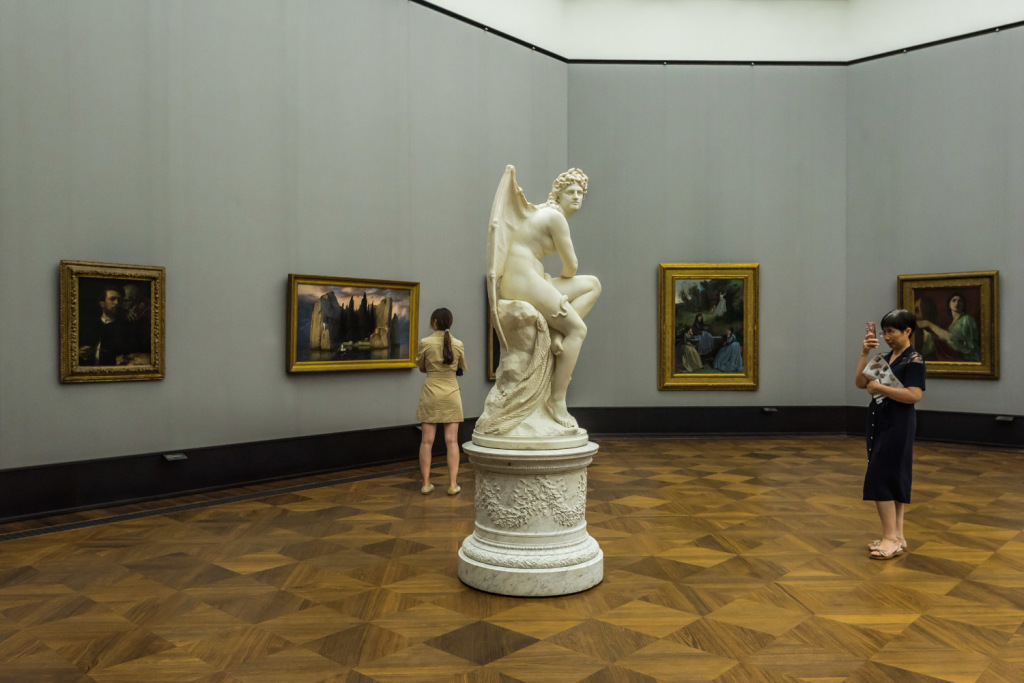 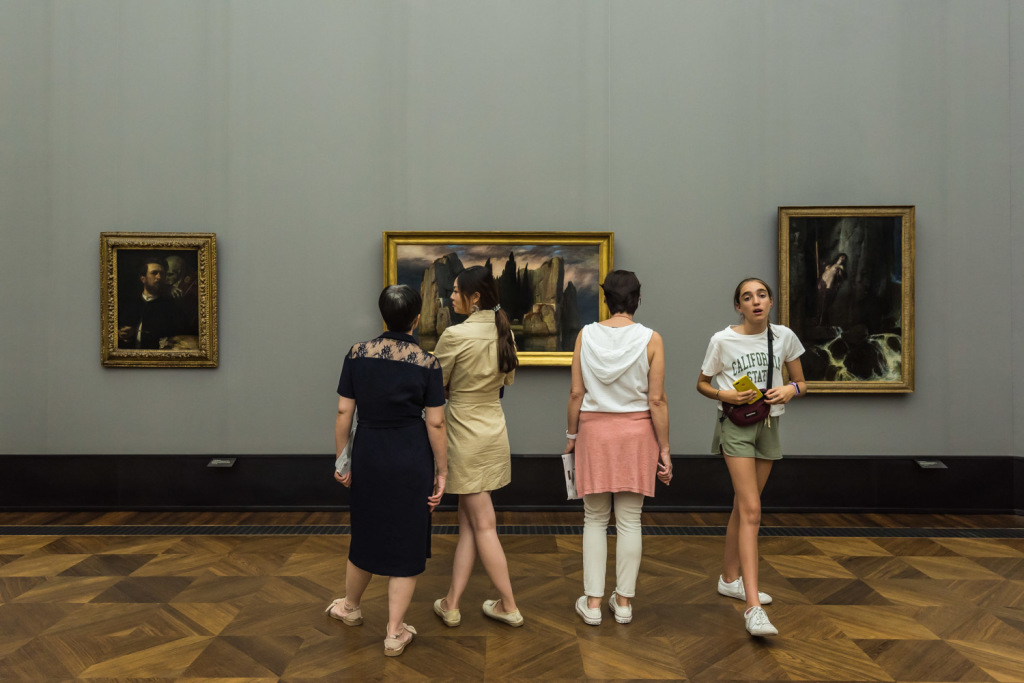 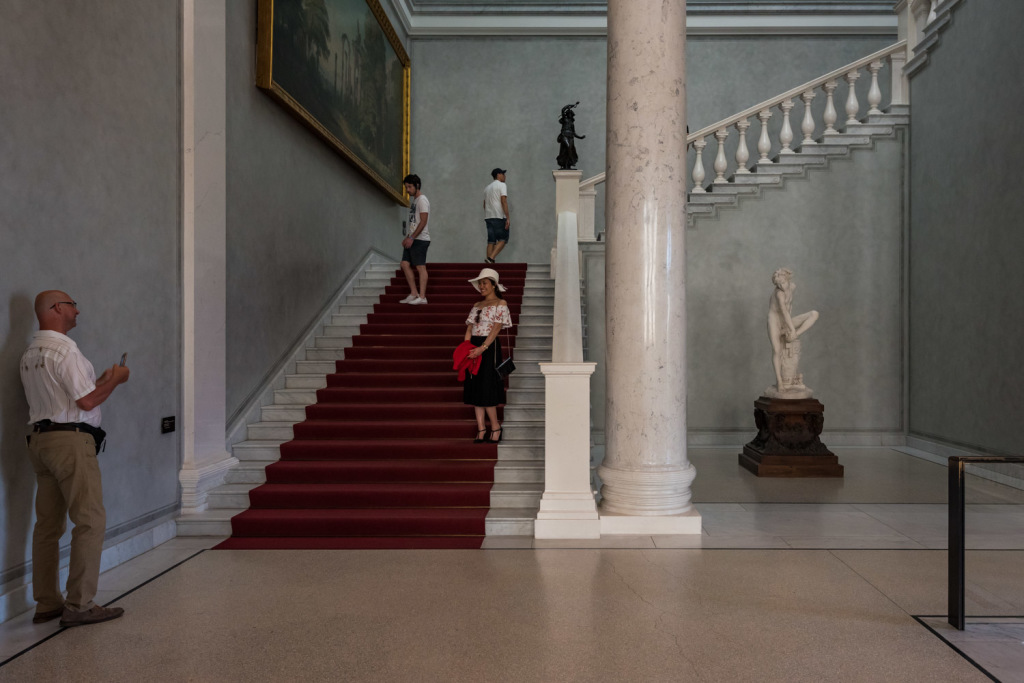 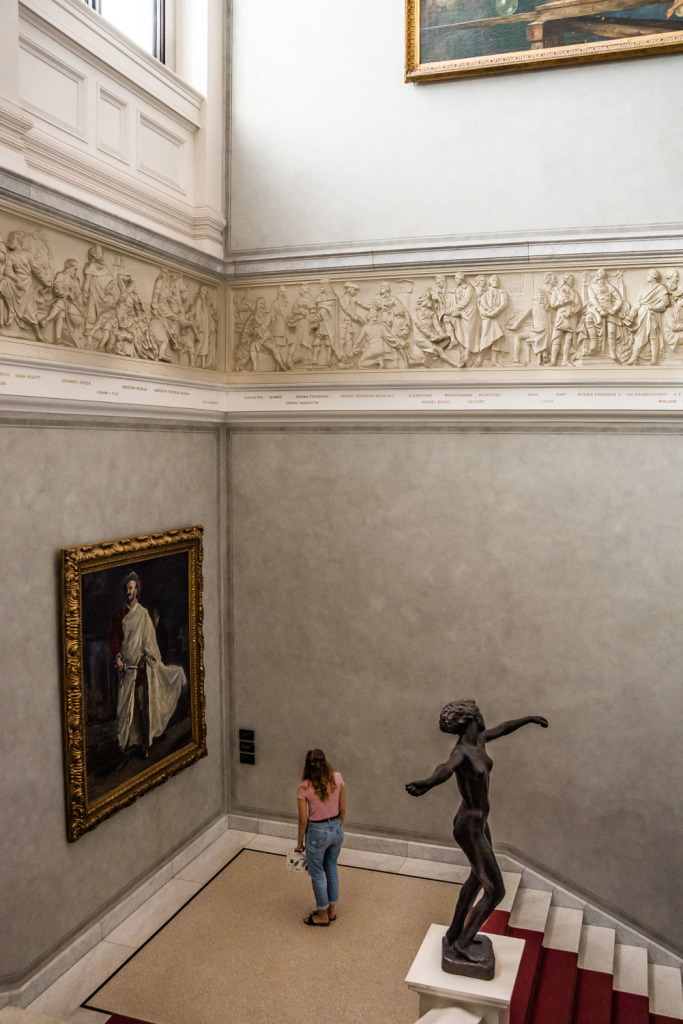 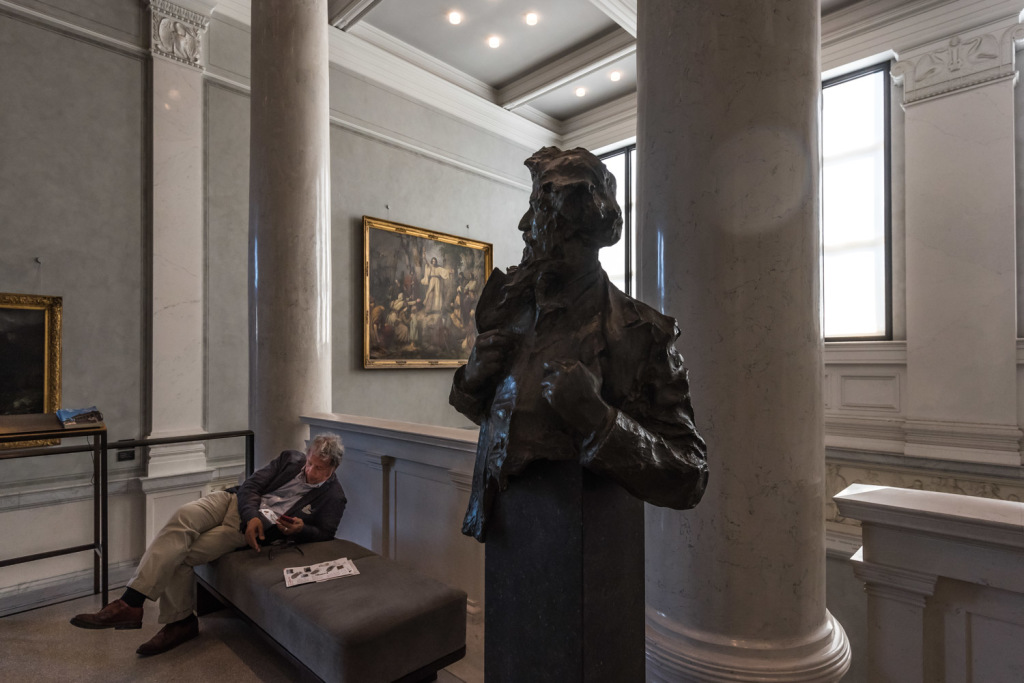 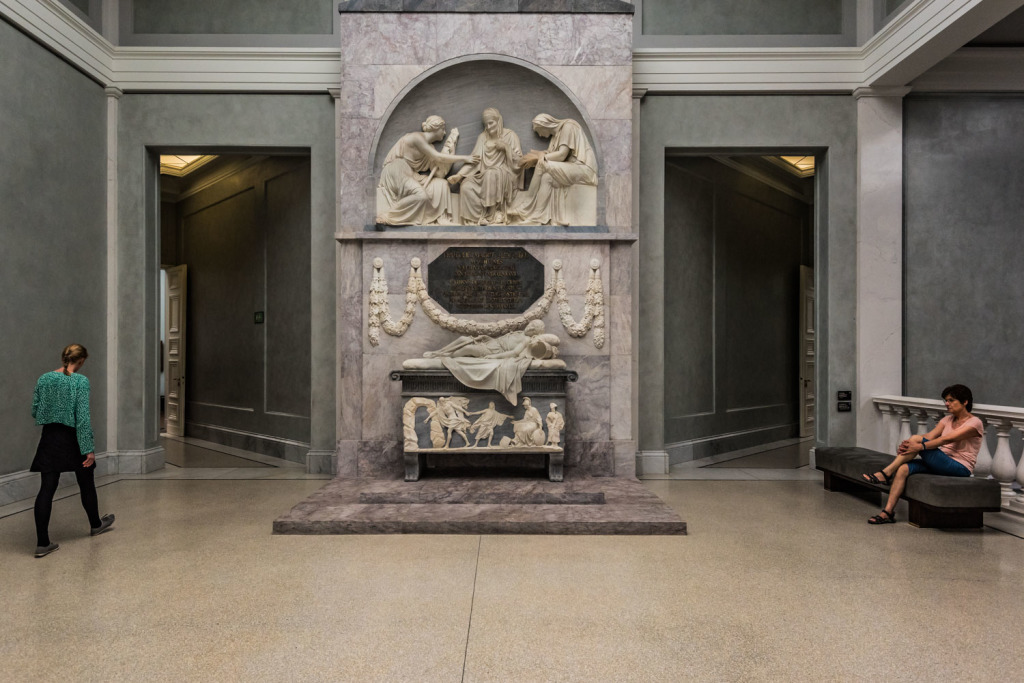 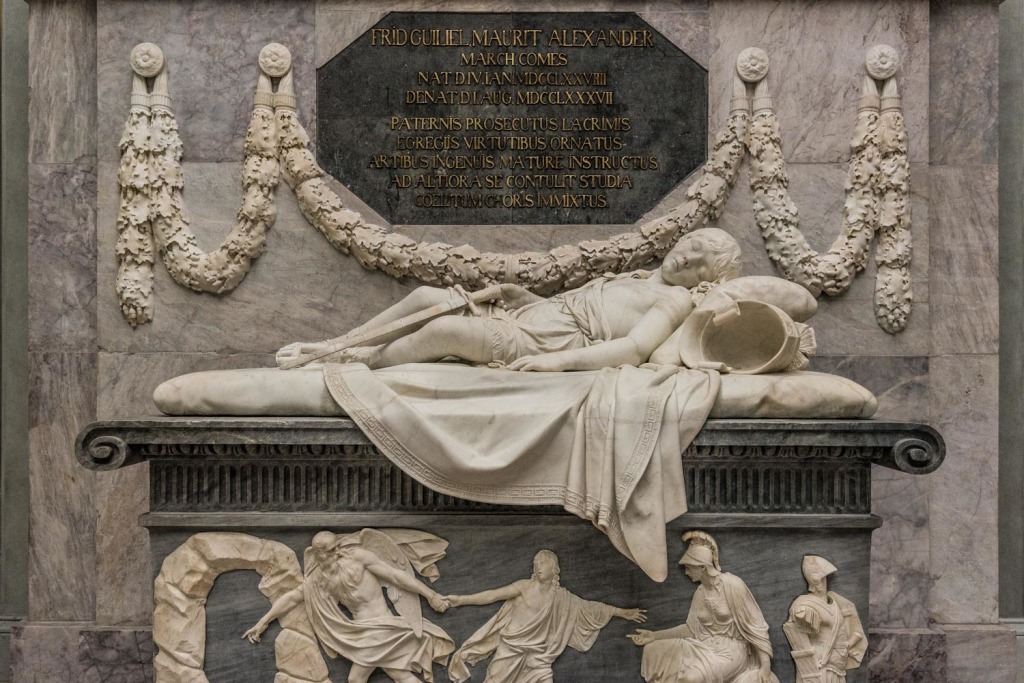