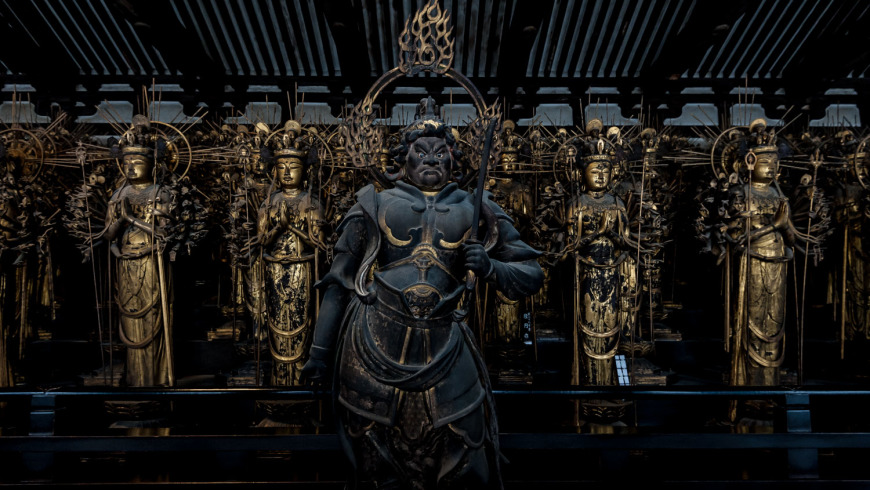 Sanjūsangen-do is a Buddhist temple in the Higashiyama District of Kyoto, Japan. Officially known as “Rengeo-in” or Hall of the Lotus King, Sanjūsangen-do belongs to a part of the Tendai school of Buddhism. The temple name literally means Hall with thirty three spaces between columns, describing the architecture of the long main hall of the temple that, measuring 120 meters, is Japan’s longest wooden structure. The architect Taira no Kiyomori completed the temple under order of the Emperor Go-Shirakawa in 1164. The temple complex suffered a fire in 1249 and only the main hall was rebuilt in 1266. The main deity of the temple is the Thousand Armed Kannon. The statue of the main deity was created by the Kamakura sculptor Tankei and is a National Treasure of Japan. The temple also contains one thousand life-size statues of the Thousand Armed Kannon, which stand on both the right and left sides of the main statue in 10 rows and 50 columns. Of these, 124 are original, rescued from the fire of 1249, while the remaining 876 were constructed in the 13th century. They are equipped with 11 heads to witness the suffering of humans better and with 1000 arms to help them fight the suffering better. The statues are made of Japanese cypress clad in gold leaf. Around the Thousand Armed Kannon stand 28 guardian deities which have their origins in the Sanskrit texts of Hinduism which came to Japan through China.

Sanjusangendo is located next to the Hakubutsukan-Sanjusangendo-mae bus stop (10 minutes from Kyoto Station by bus numbers 100, 206 or 208) or a five minute walk from Shichijo Station along the Keihan Line. Photography is not permitted inside the temple. 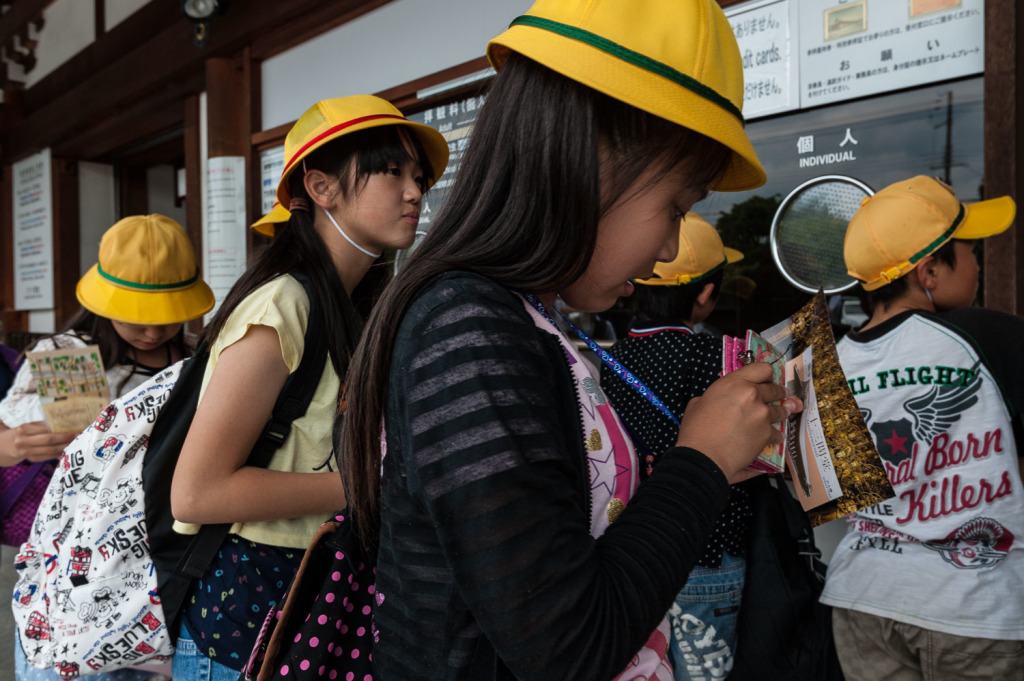 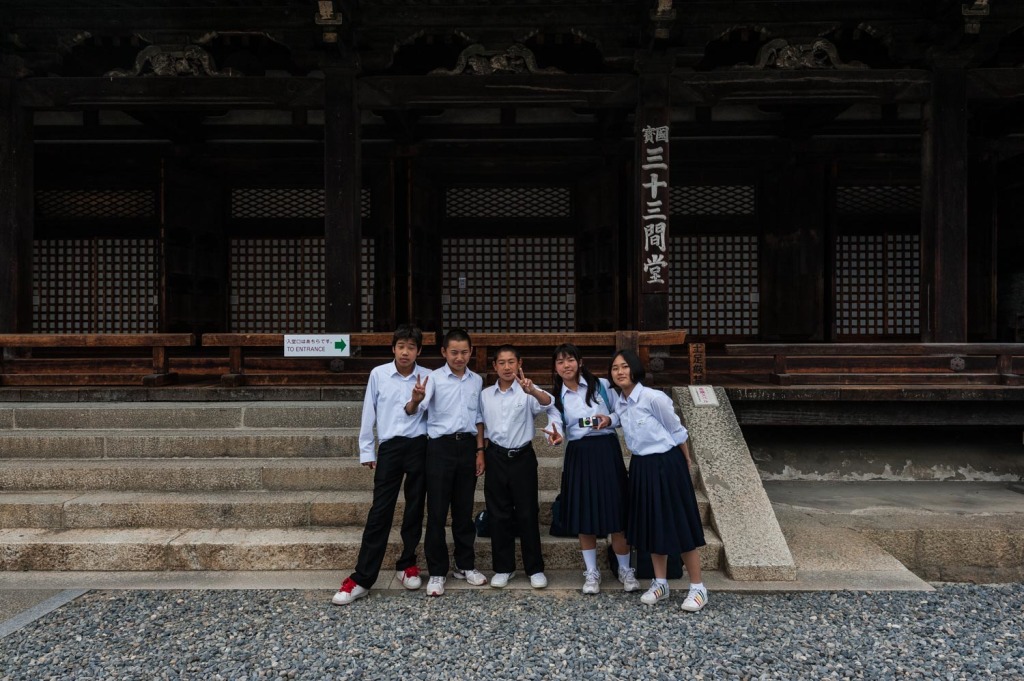 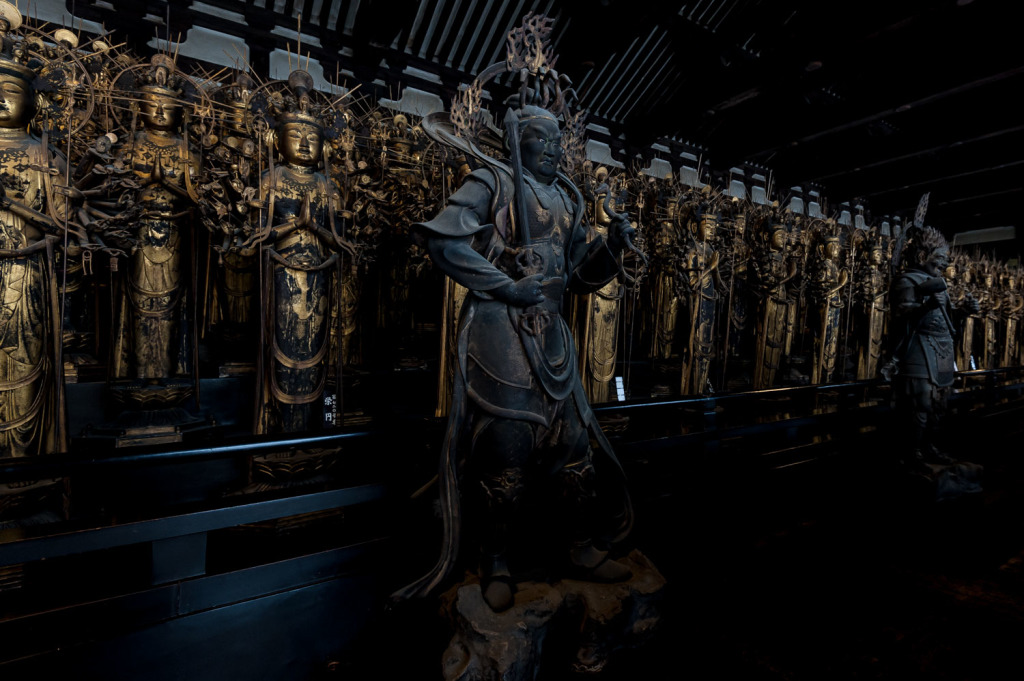 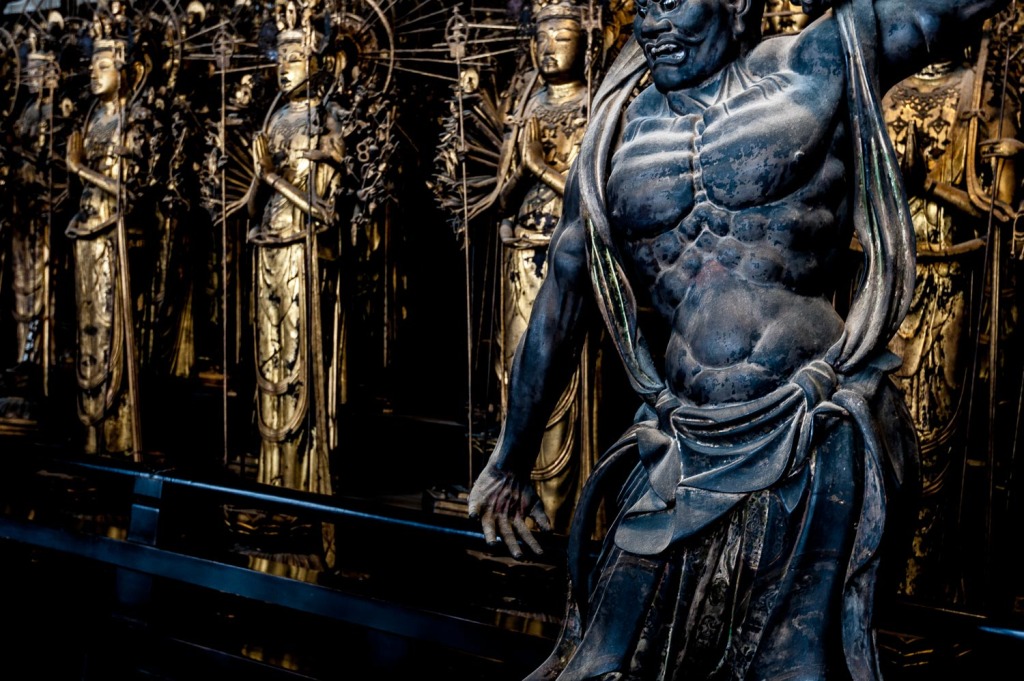 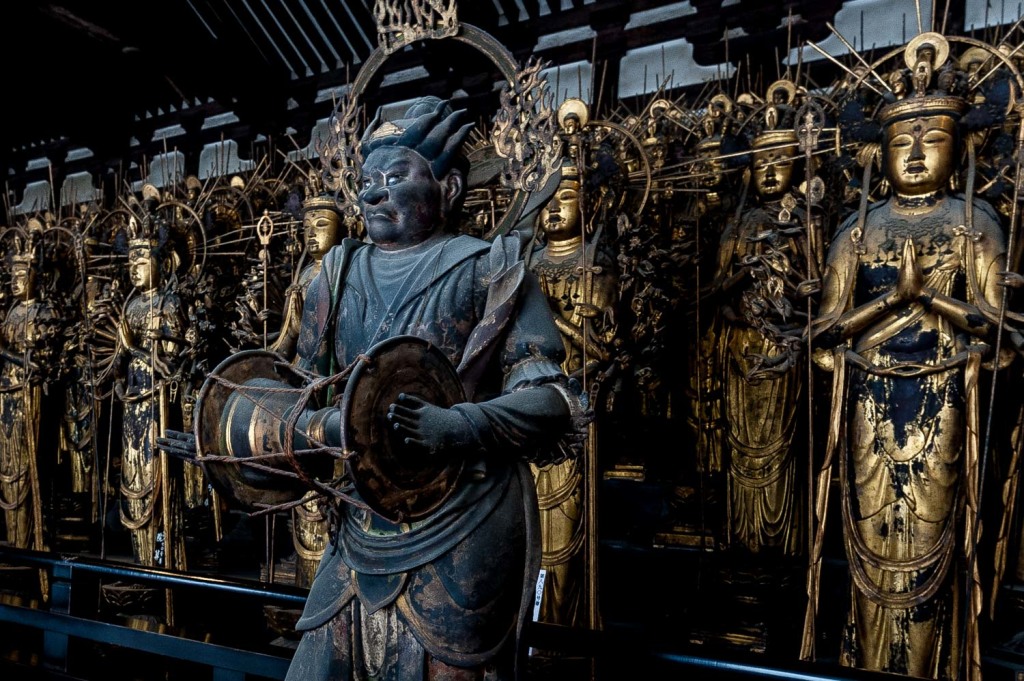 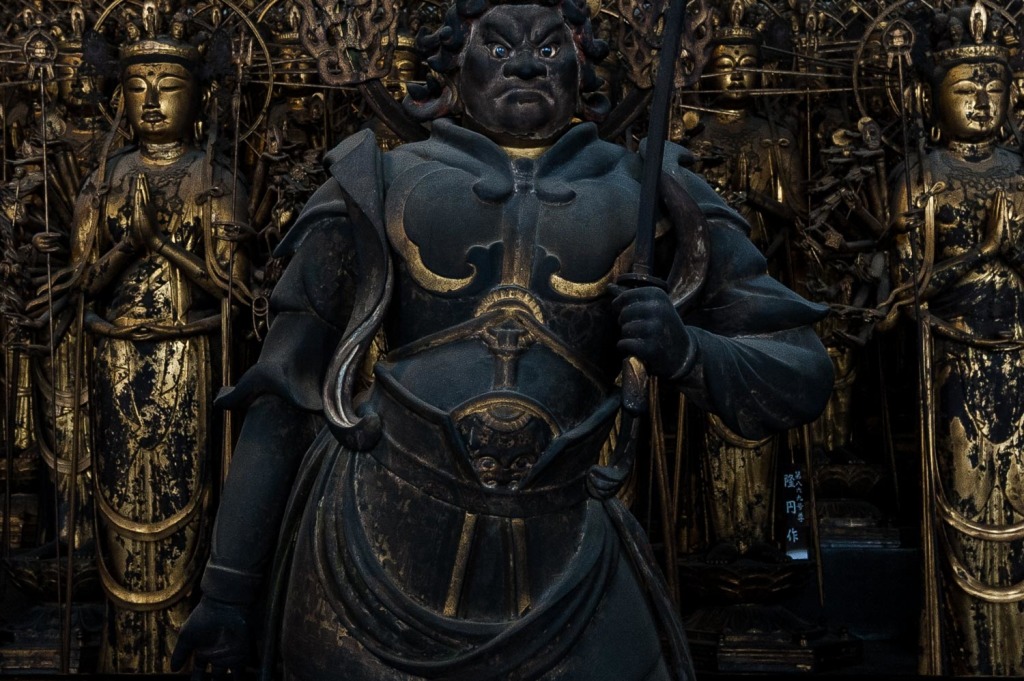 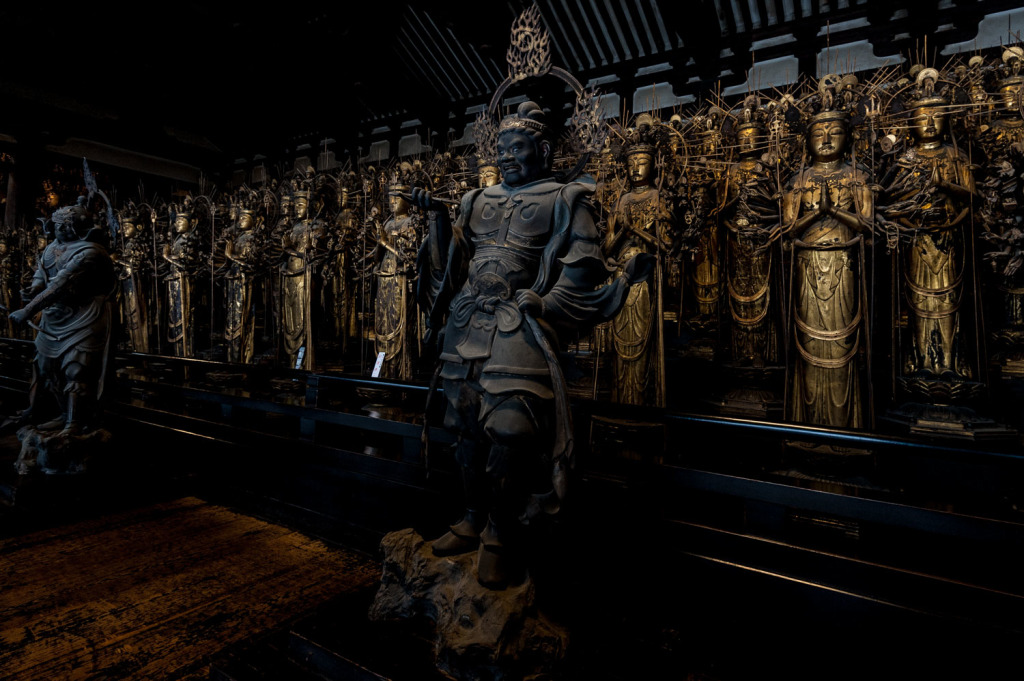 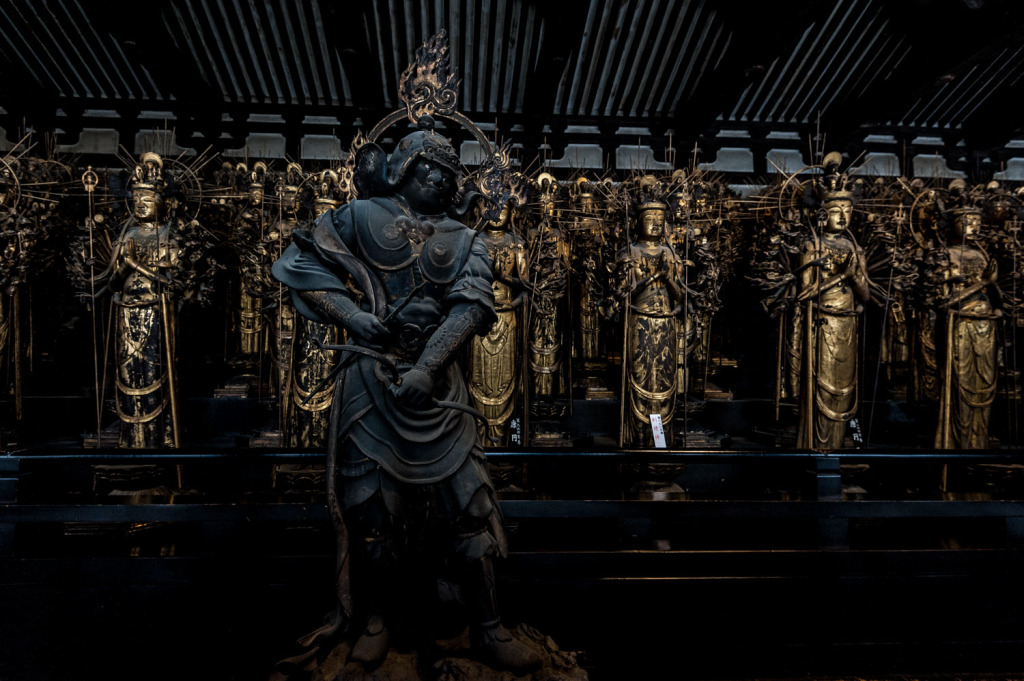 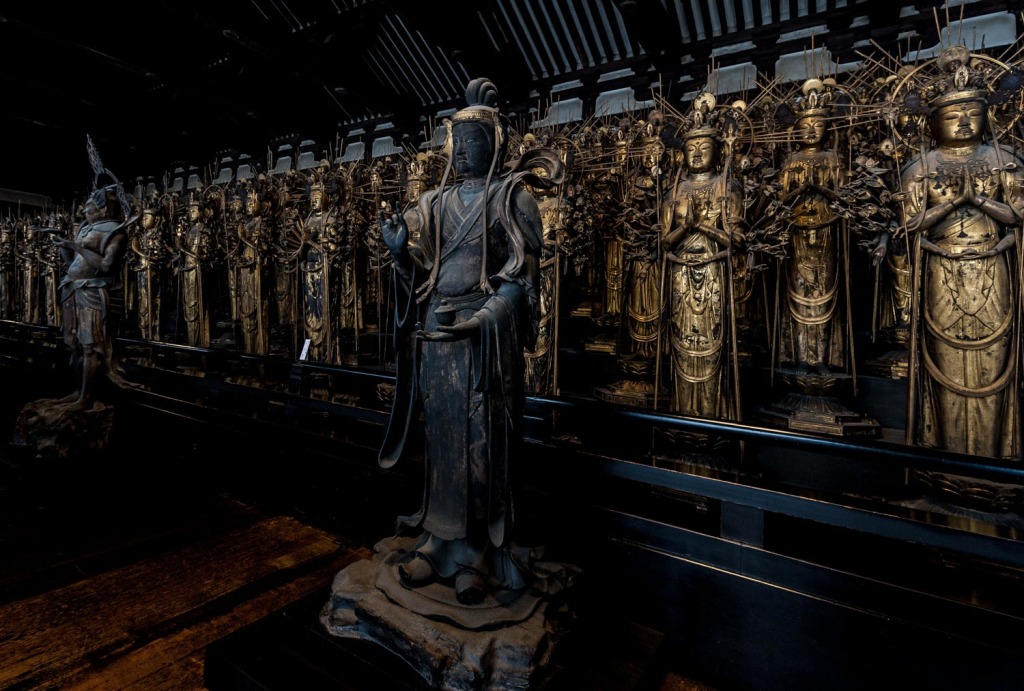 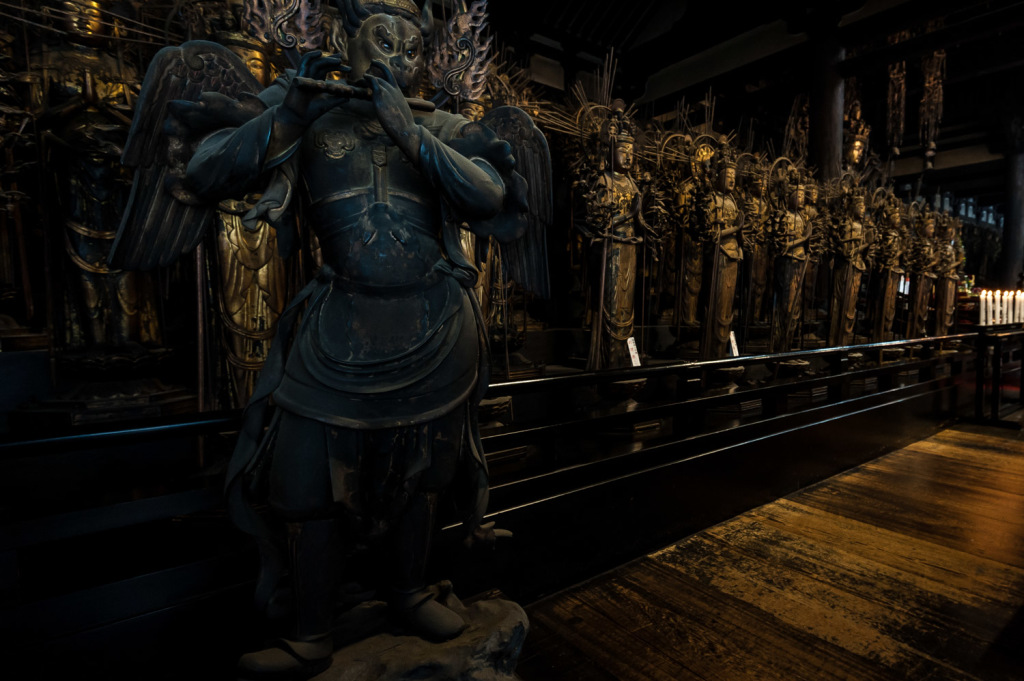 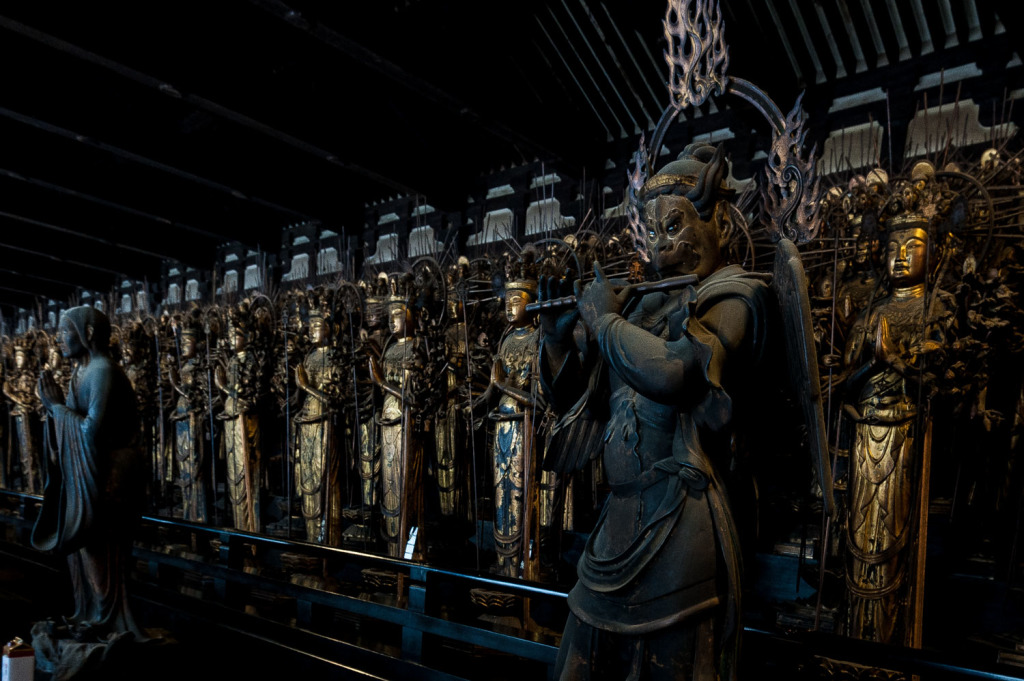 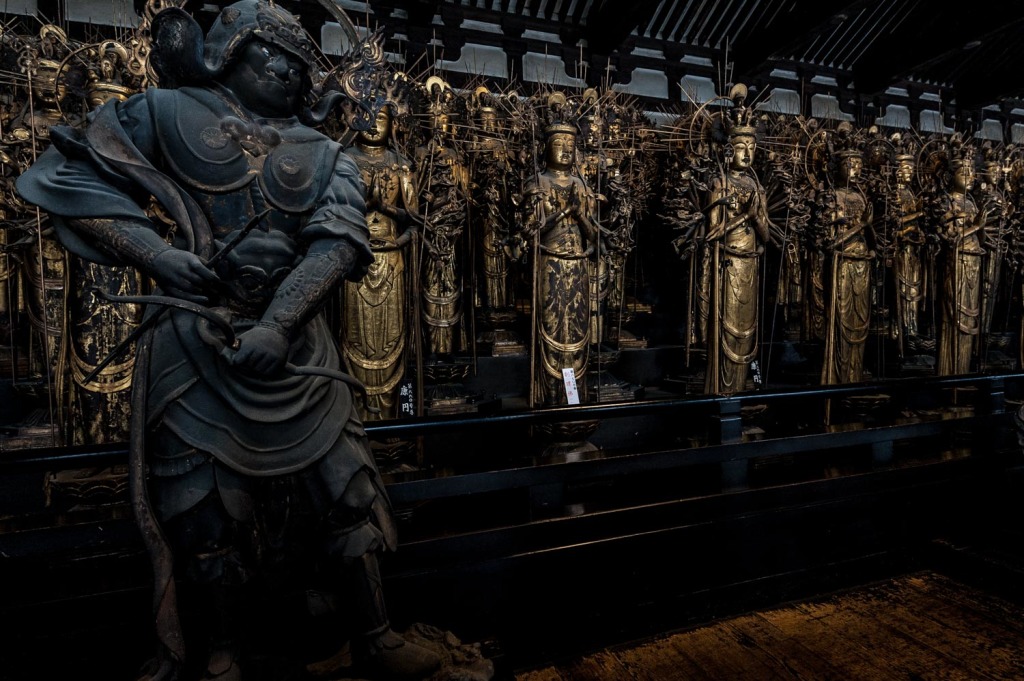 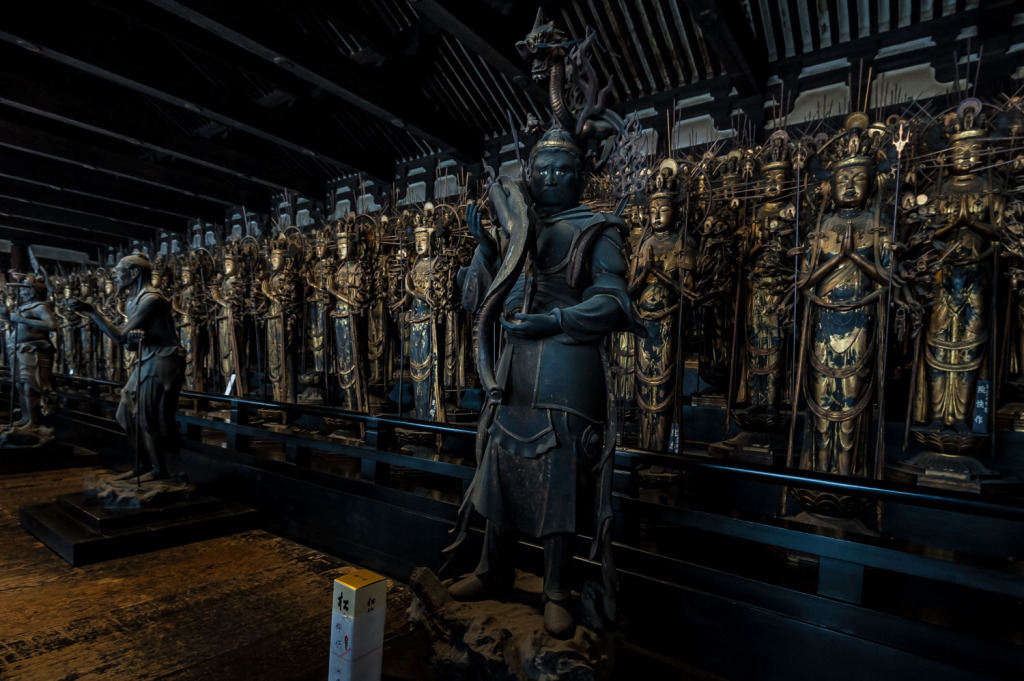 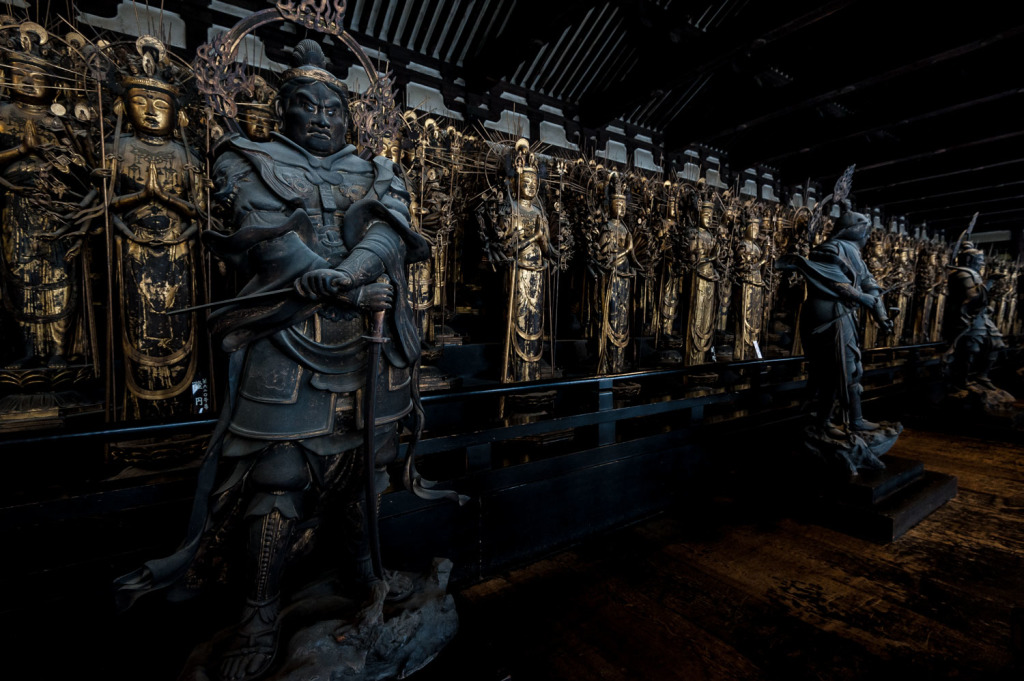 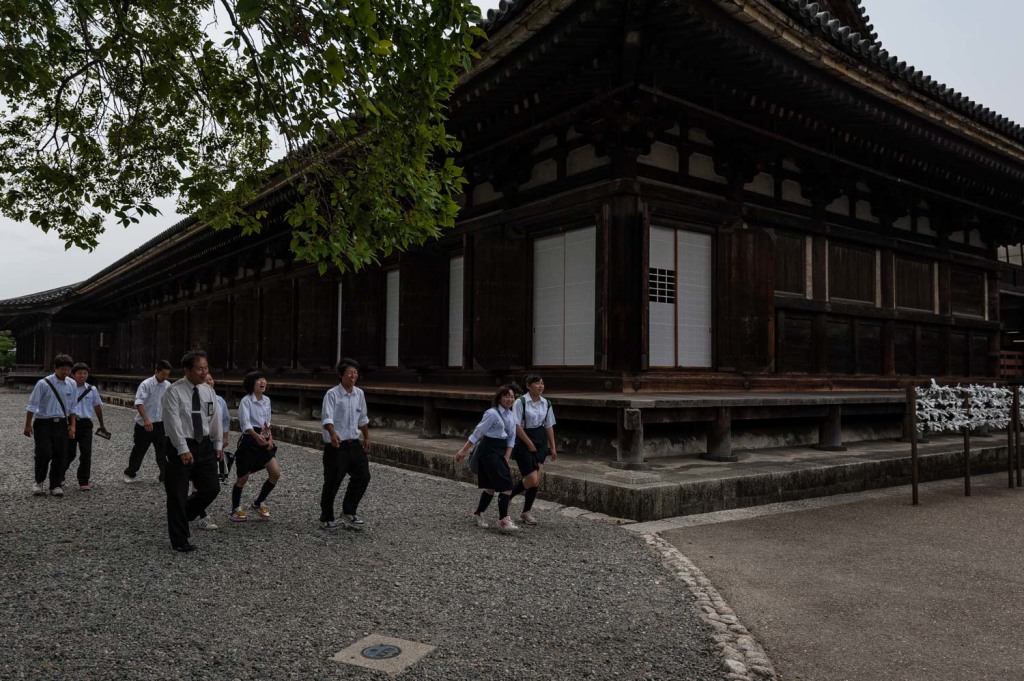