THE SCROVEGNI CHAPEL BY GIOTTO IN PADOVA 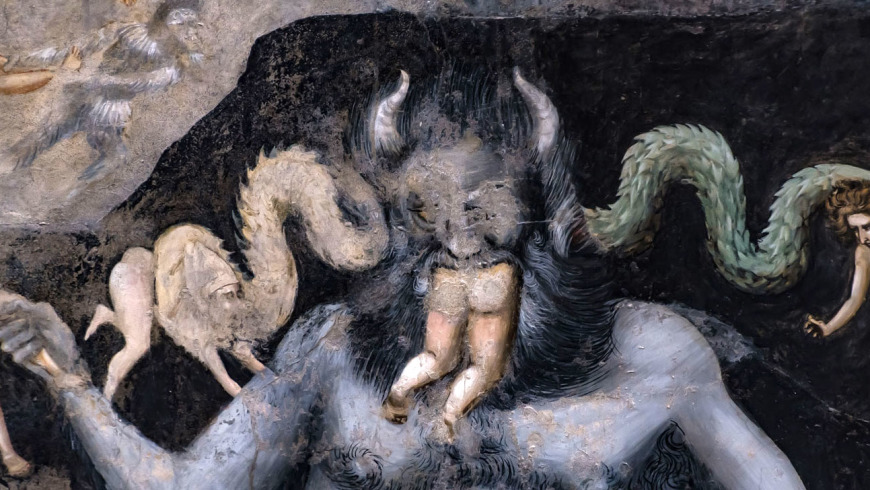 The Scrovegni Chapel is located in Padova and is part of the complex of the Civic Museums at the Eremitani. It houses a cycle of frescoes painted by Giotto between 1303 and 1305, when the painter was already an artist claimed to have made the important paintings for the Upper Basilica of S. Francesco in Assisi and those of the Basilica of S. Giovanni in Laterano in Rome.
The work was commissioned to the Artist from Vicchio by the Paduan banker Enrico Scrovegni as a remedy for the sins of usury committed by his father, also mentioned in Dante’s Divina Commedia – Inferno.
The chapel has a rectangular plan and a single nave of about 21 by 8 meters. The frescoes are arranged on three levels and represent a story organized by scenes: from the story of Anna and Gioacchino, parents of the Madonna, to the resurrection of Christ. The large representation of the Last Judgment closes the cycle. Below, along the base, Giotto represents the allegories of the Vices and Virtues, while on the vault it exalts the starry sky with an extraordinary blue. Giotto consolidates his innovative pictorial language in Padova, enhancing the narrative fluidity and demonstrating a great sensitivity for spaces. Compared to the flat figures of the medieval tradition, it finely accentuates the plasticity of the bodies and volumes, refines the perspective of the architecture and places the characters in a clear natural landscape.
In 1881 the municipality of Padova acquired the chapel and promoted various conservation interventions over the years; the last 8-month restoration ended in 2002. 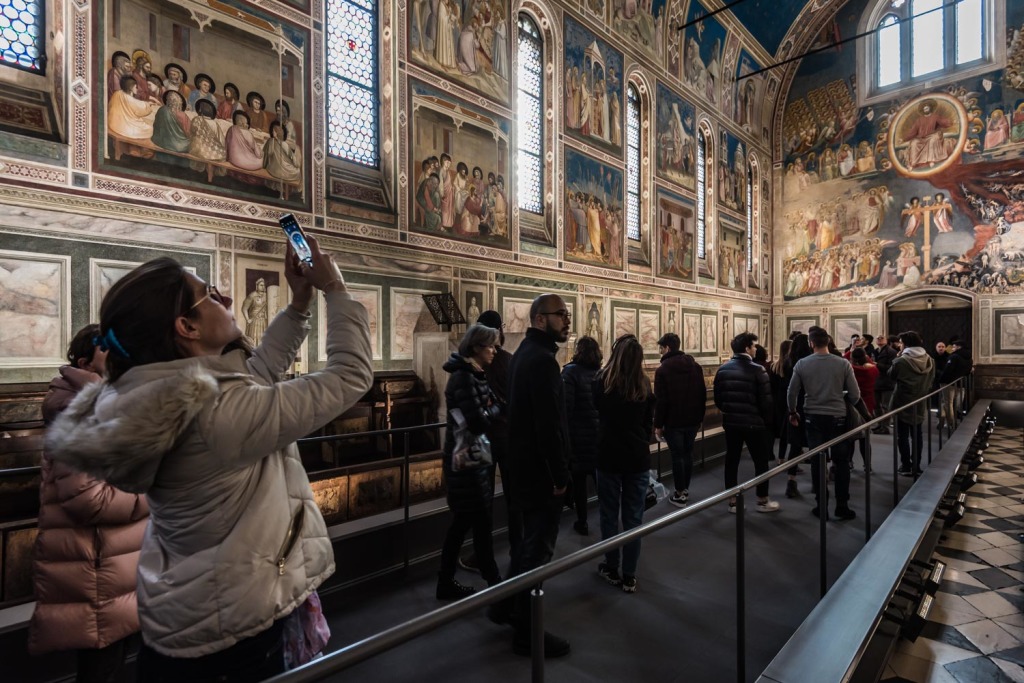 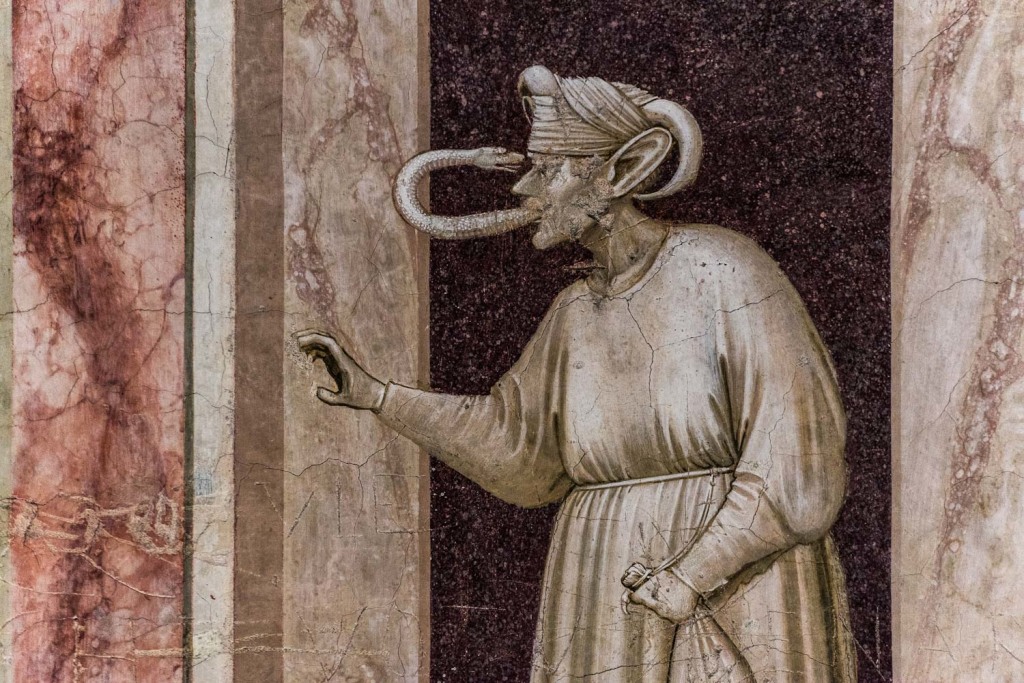 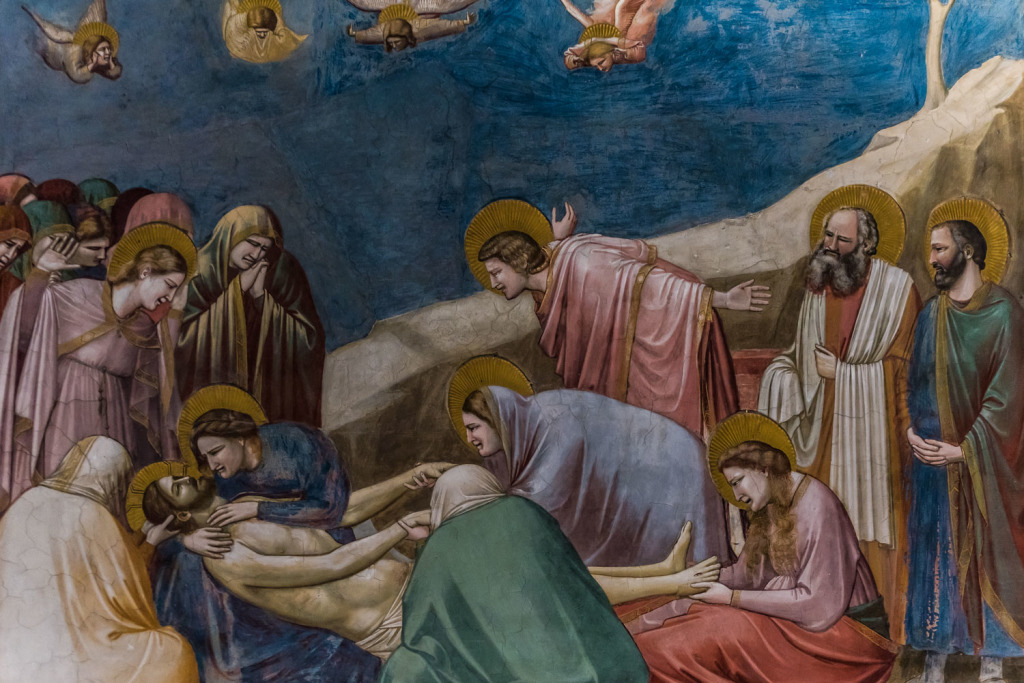 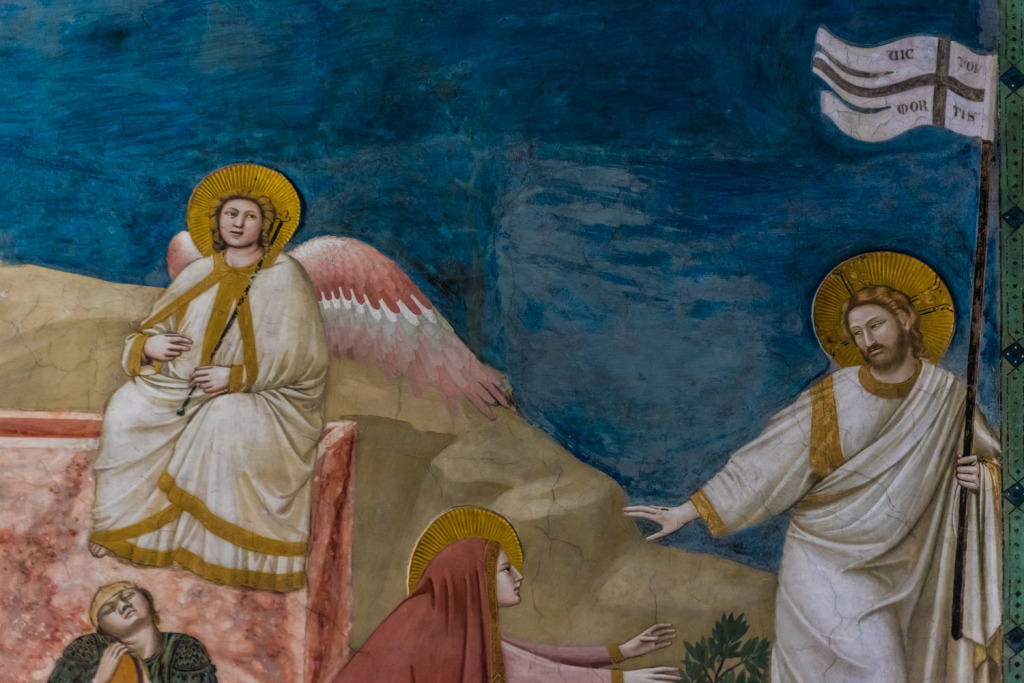 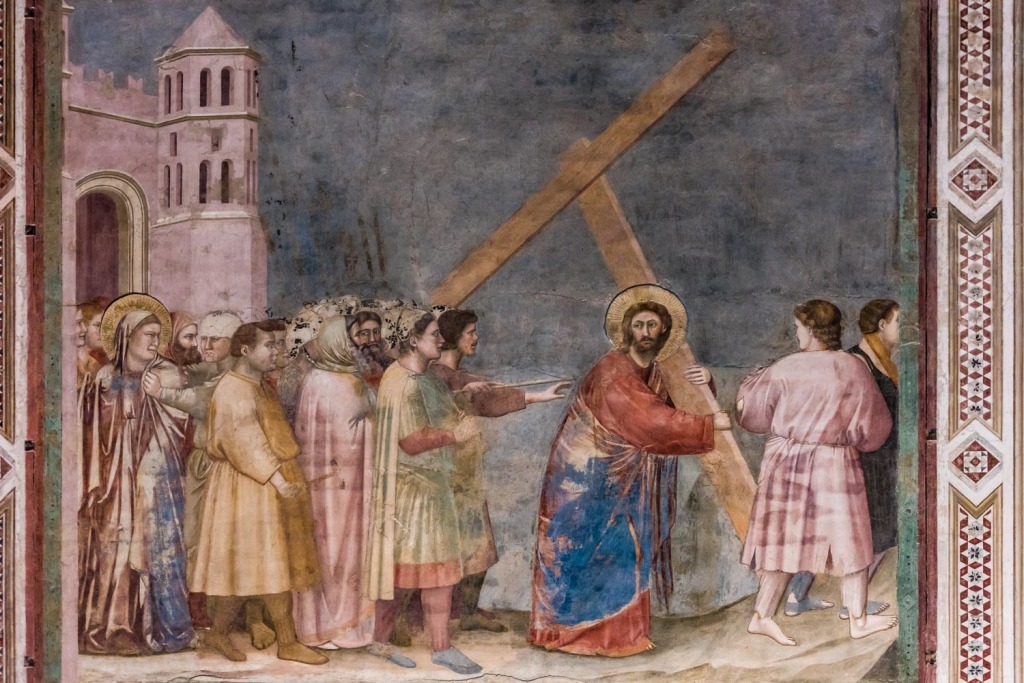 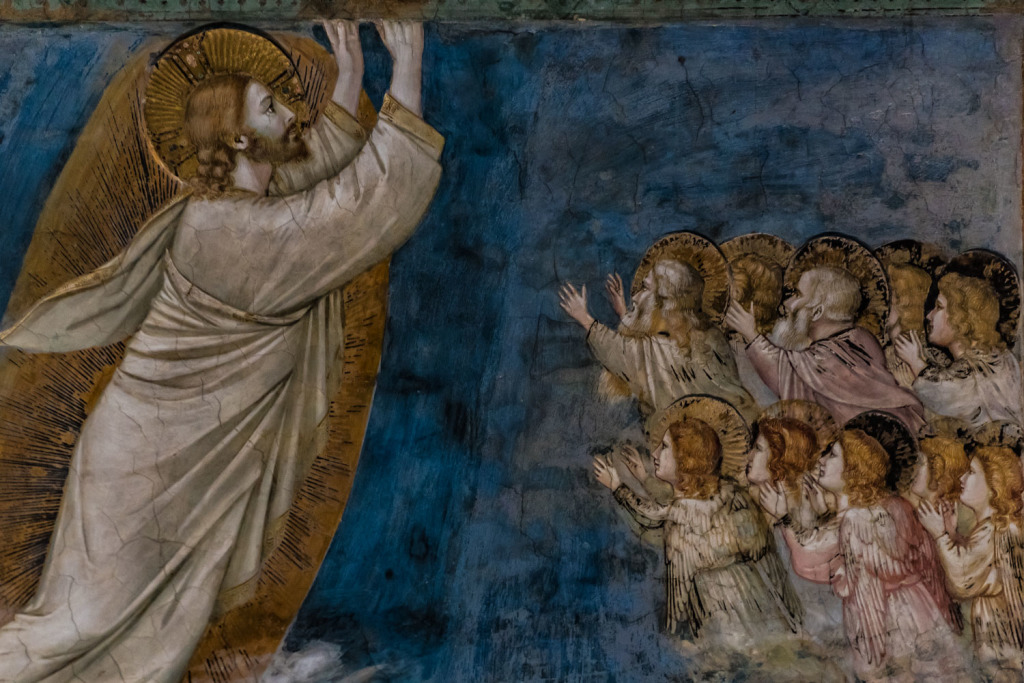 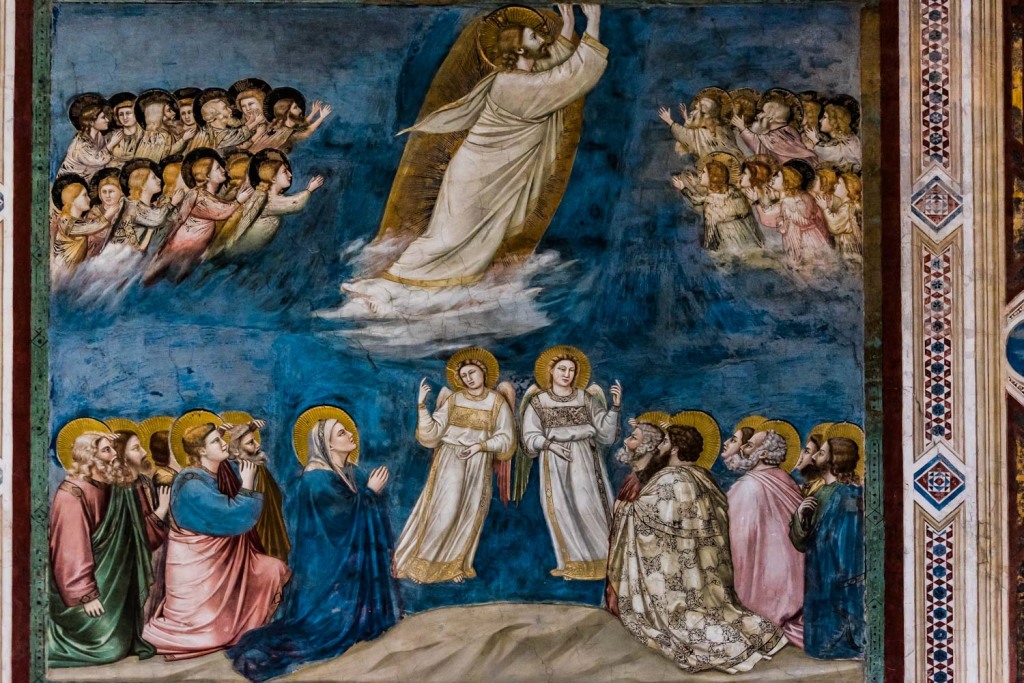 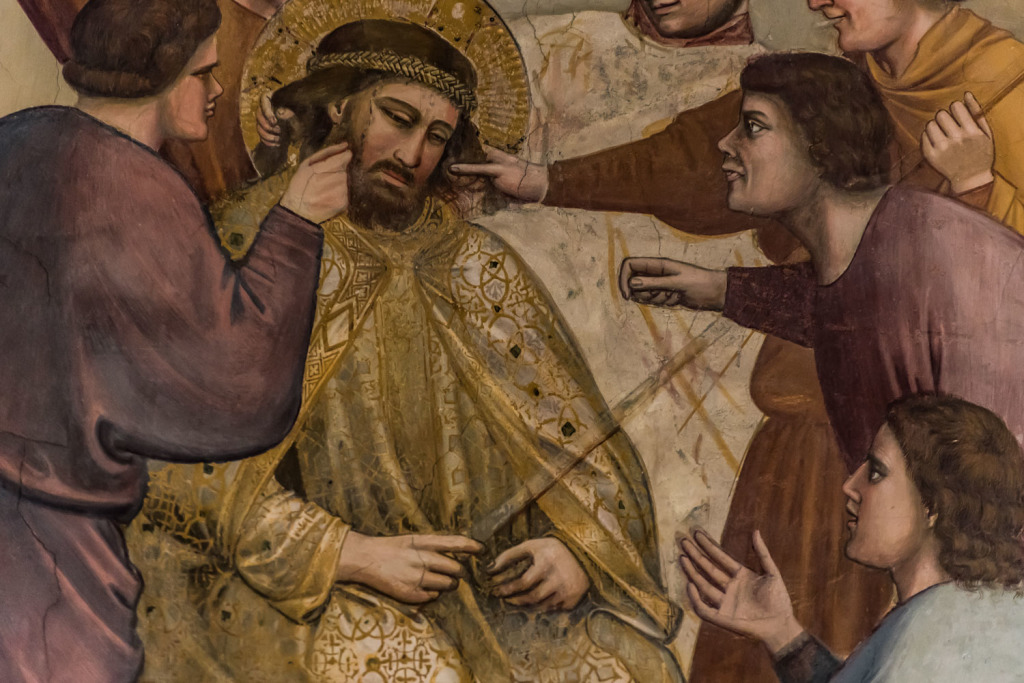 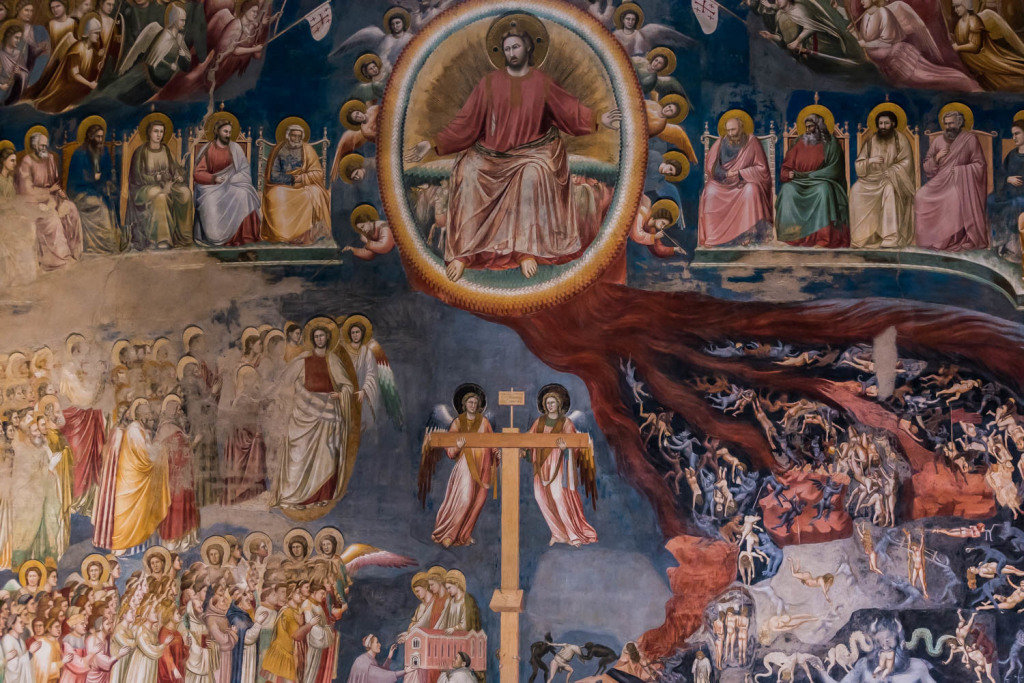 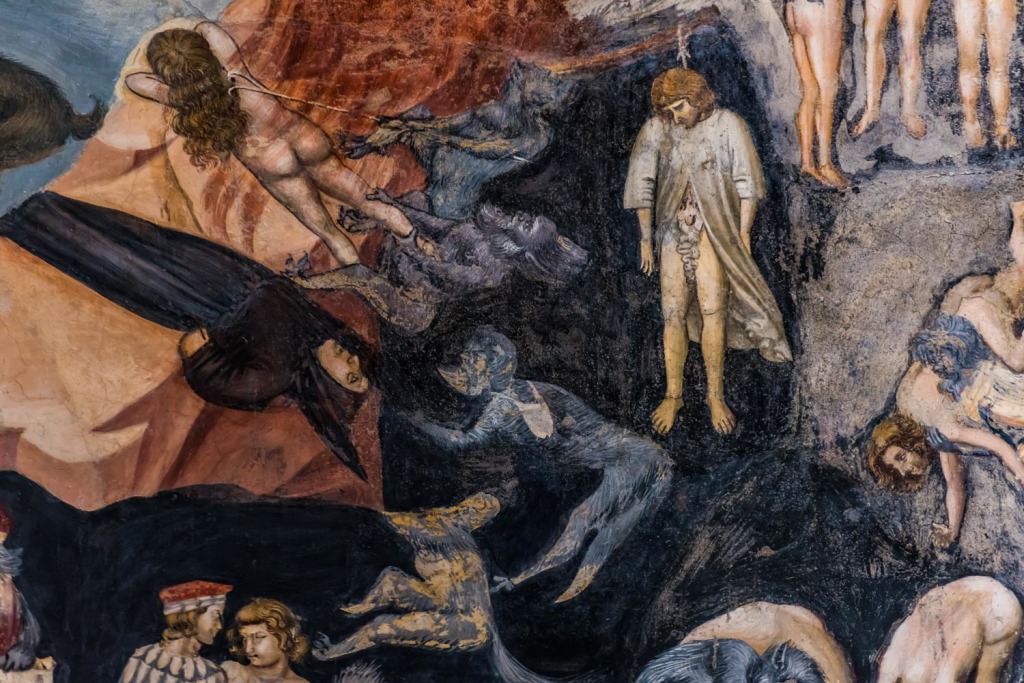 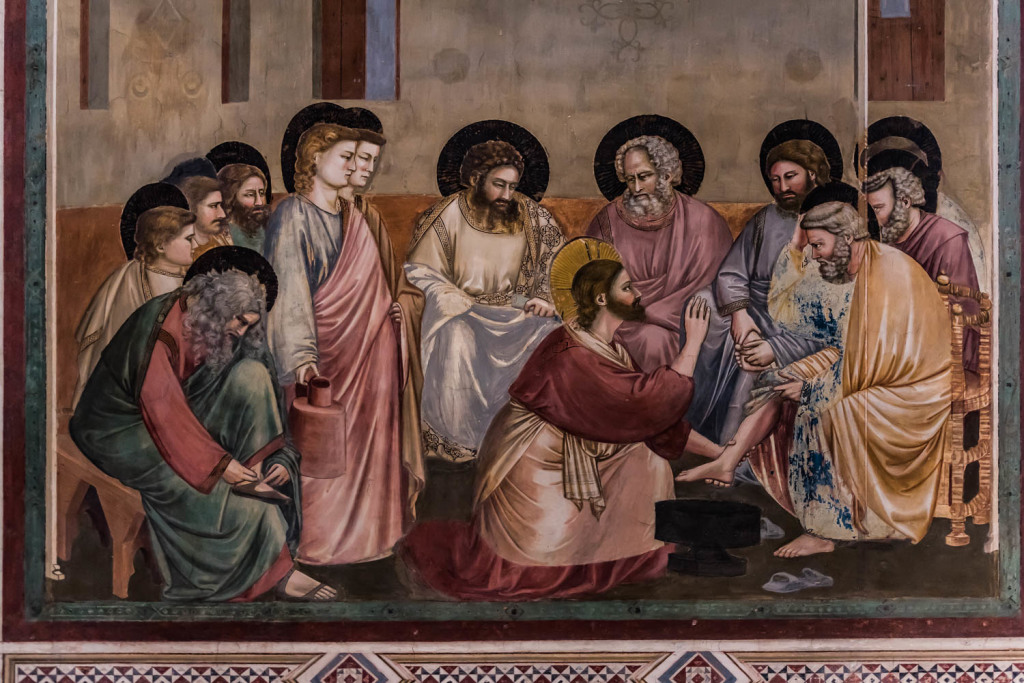 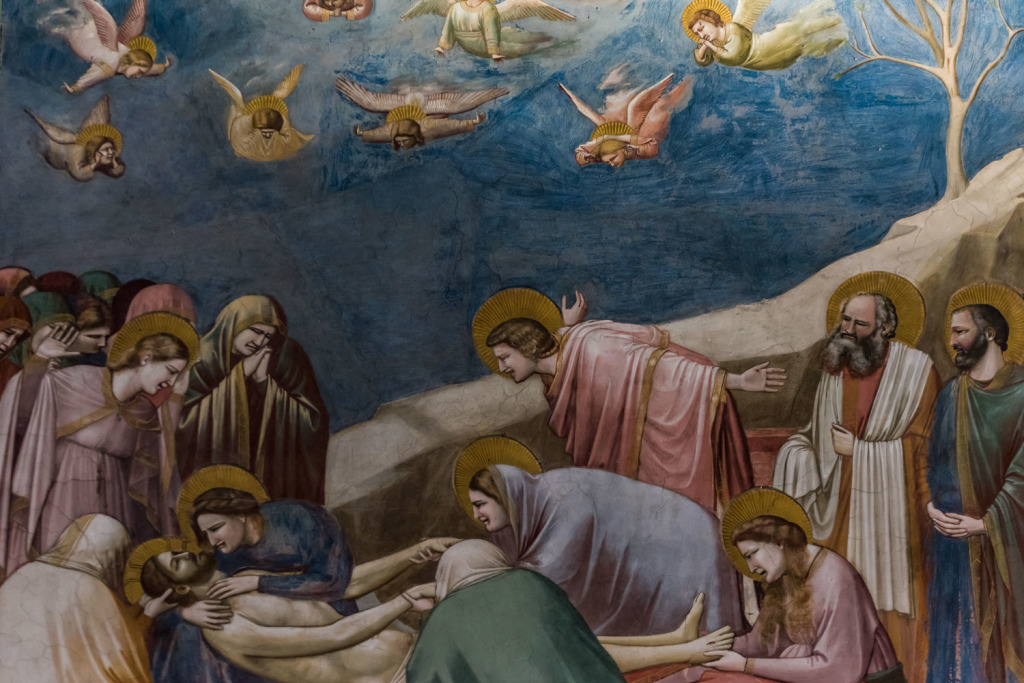 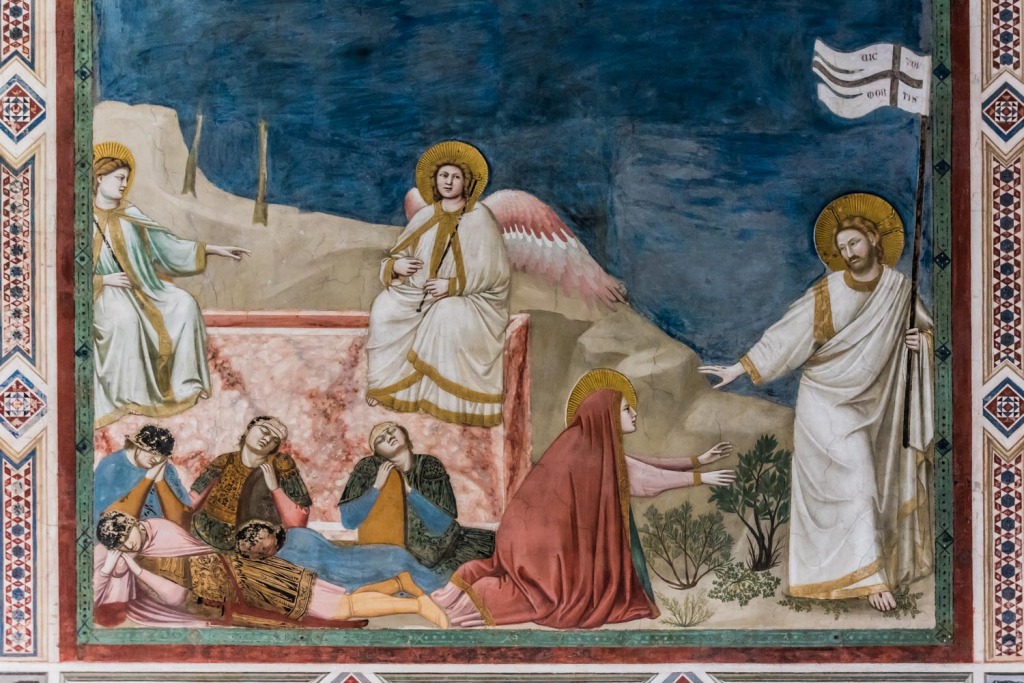 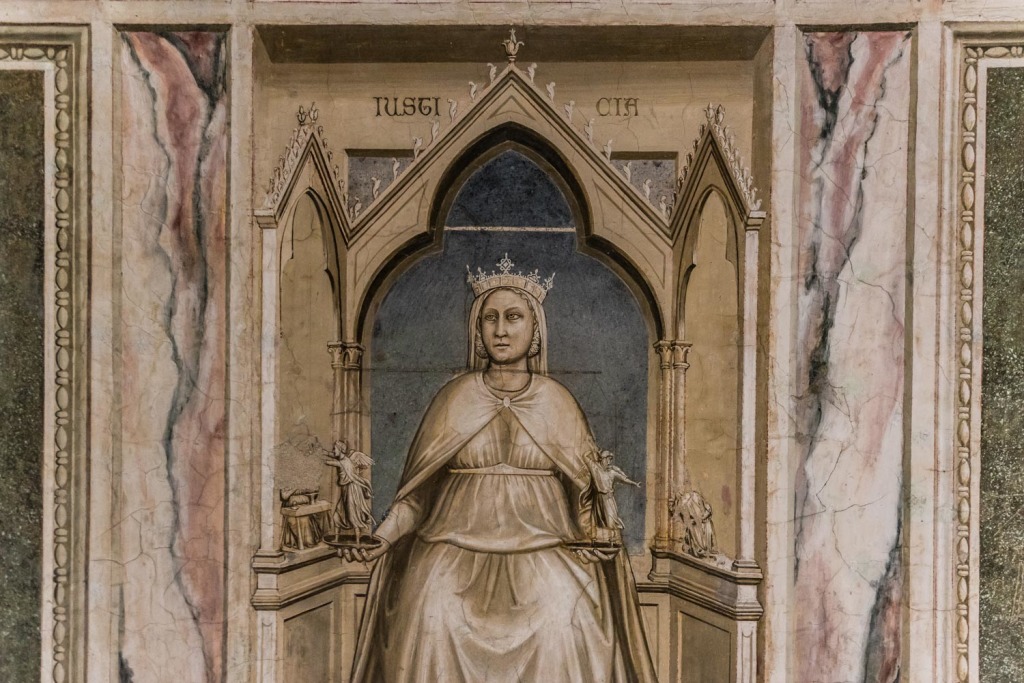 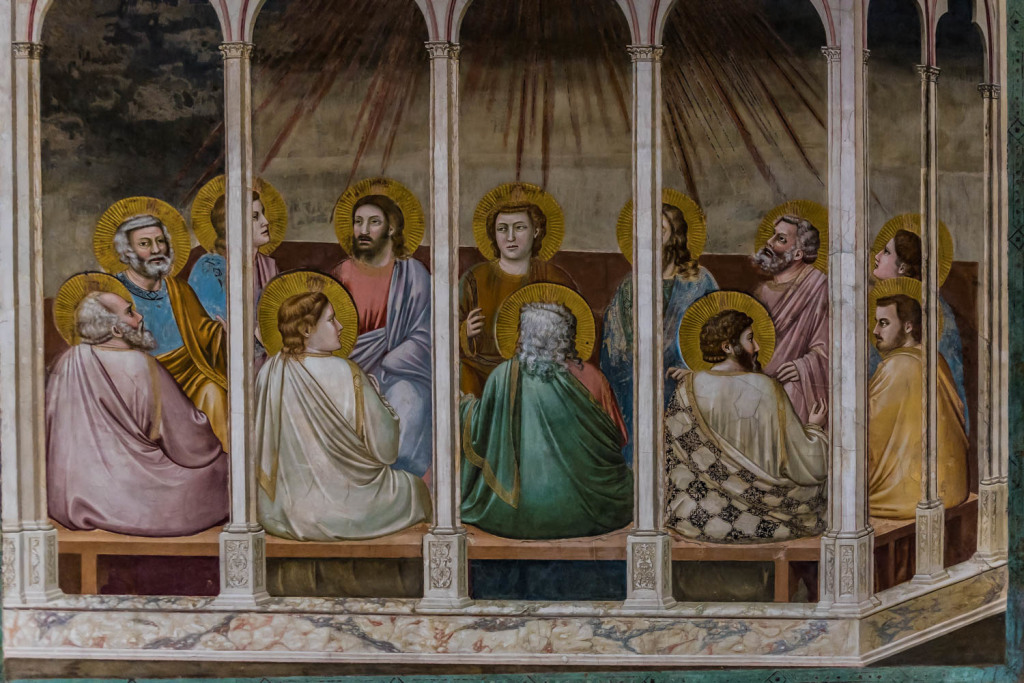 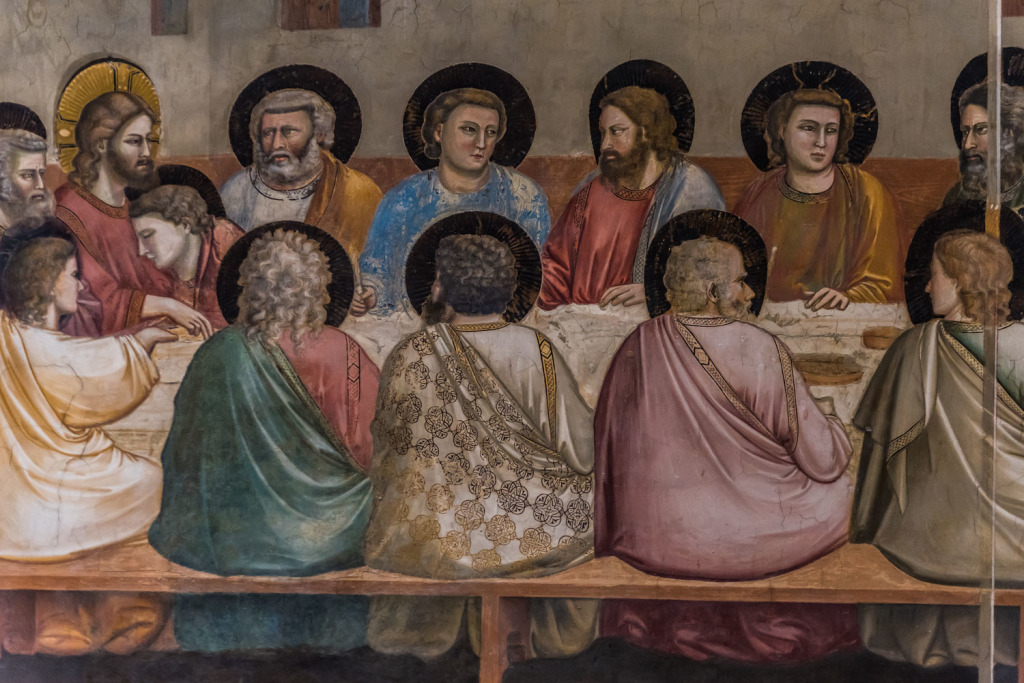 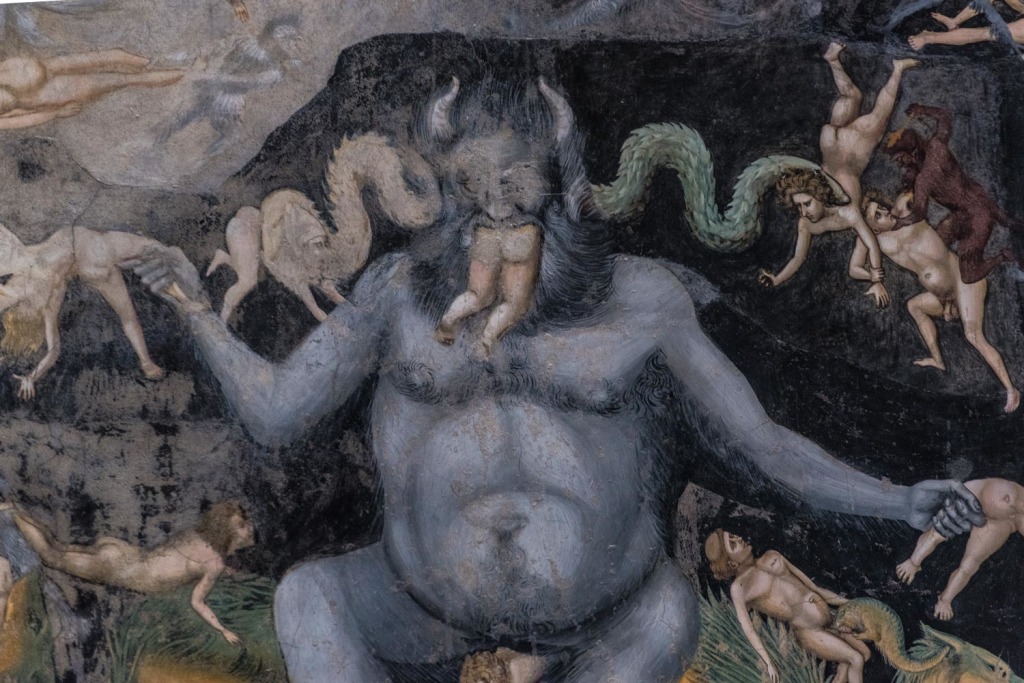 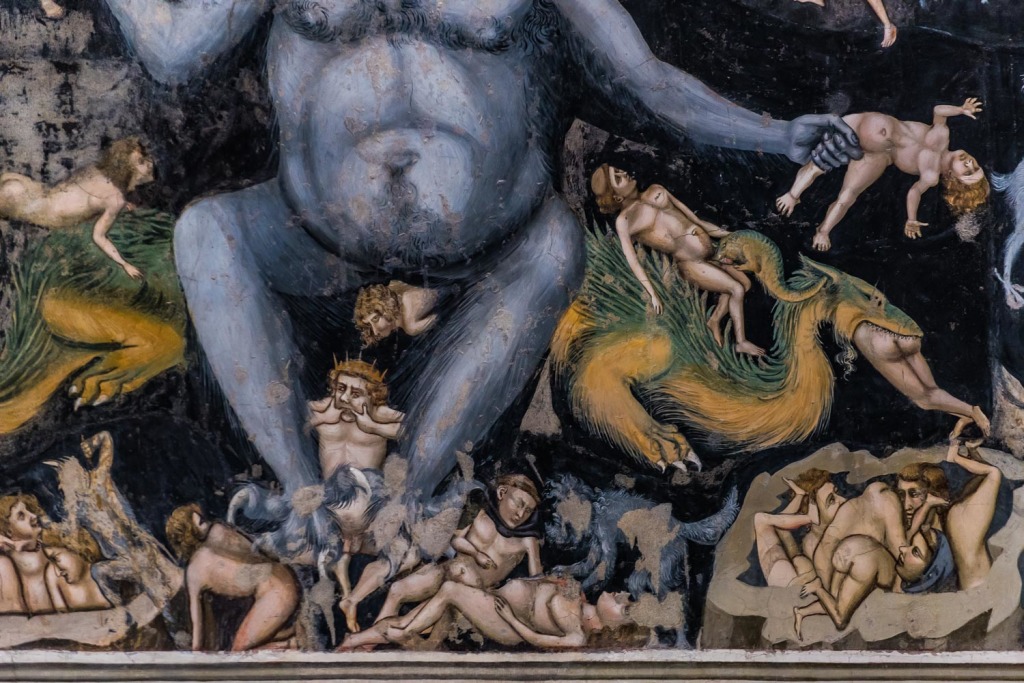 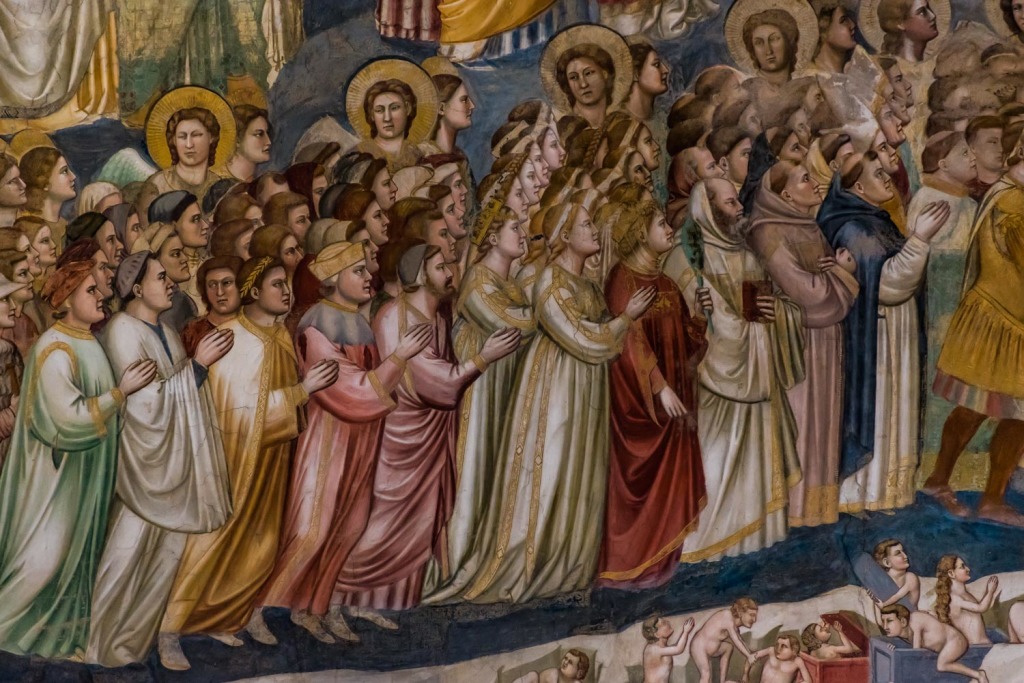 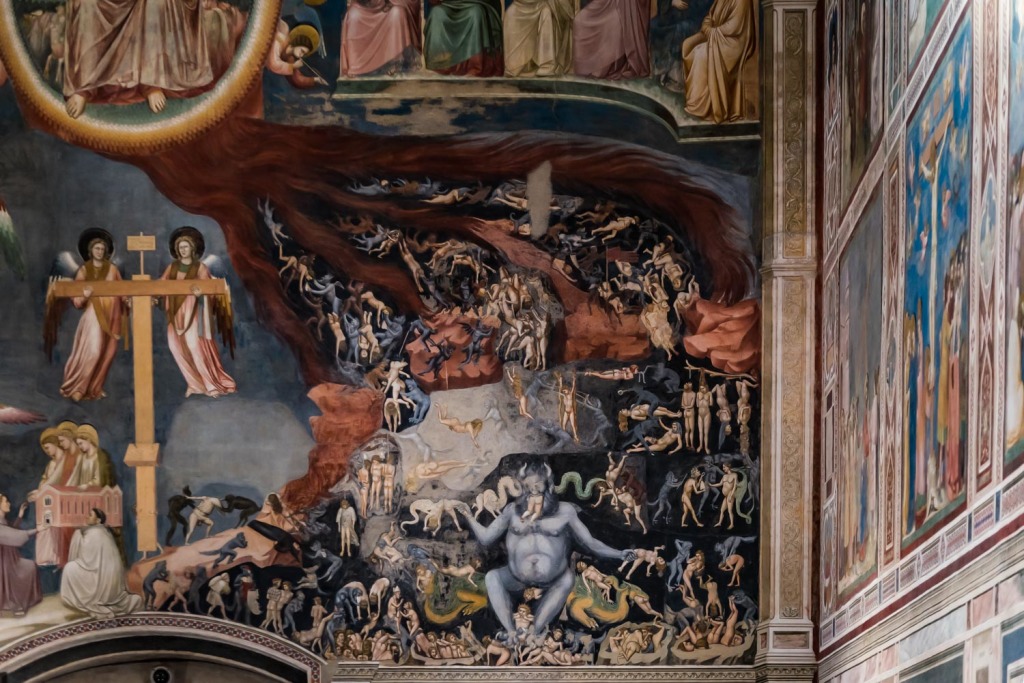