the colossal monument, commissioned by the Queen (Rani ki fav in the local language) Udaymati in memory of her husband Bhima Ist, is included, from 22nd June 2014, among the Unesco World Heritage sites

photography and notes by Massimo Pacifico 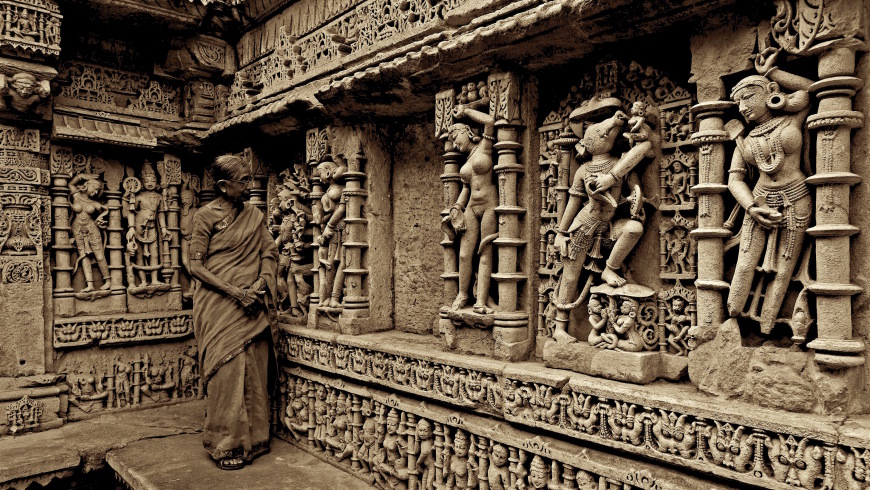 Patan is a town of Gujarat, Northern India, located a hundred kilometers north of the capital Ahmedabad. It hosts one of the most impressive wells with steps in the region. It was commissioned by Queen (Rani ki vav, in local language) Udaymati in memory of her late husband Bhima Ist (1022-1063) of the Solanki dynasty. The seven-storer building is decorated with more than 800 sculptures, most of them in devotion to the god Vishnu in different forms of Avatar, like Kalki, Rama, Vaman, taken on to return to Earth, and of dancers (Yogini – Apsara) also in the act of putting on makeup.

The well measures 64 m. long, 20m. wide and 27m. deep and remained buried for centuries before being restored and reopened to visitors in 2013, when the pictures that follow were taken. 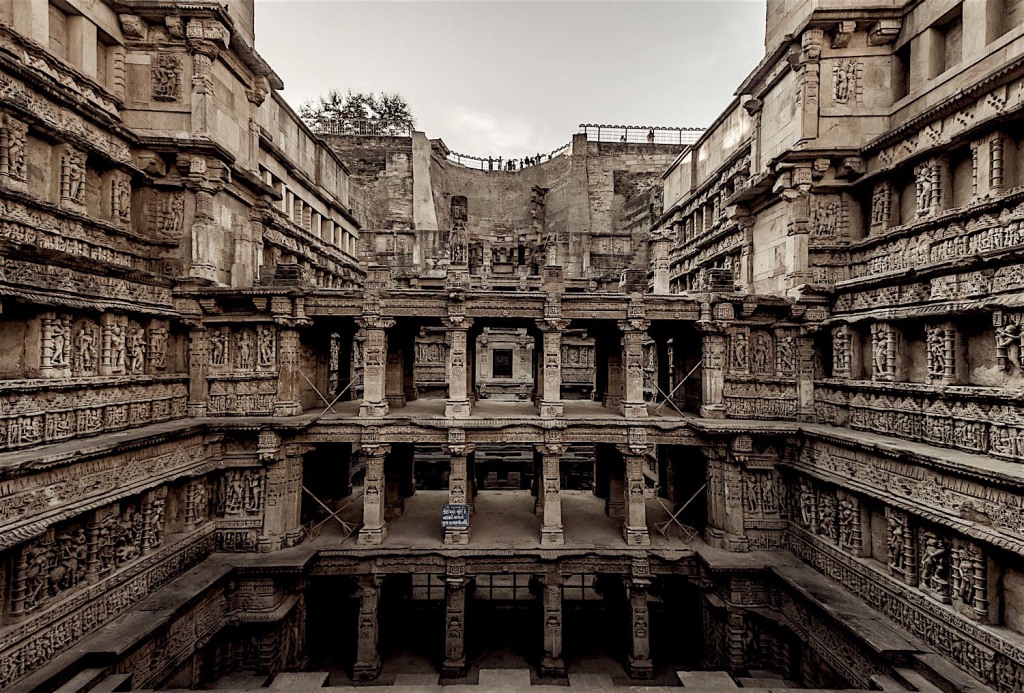 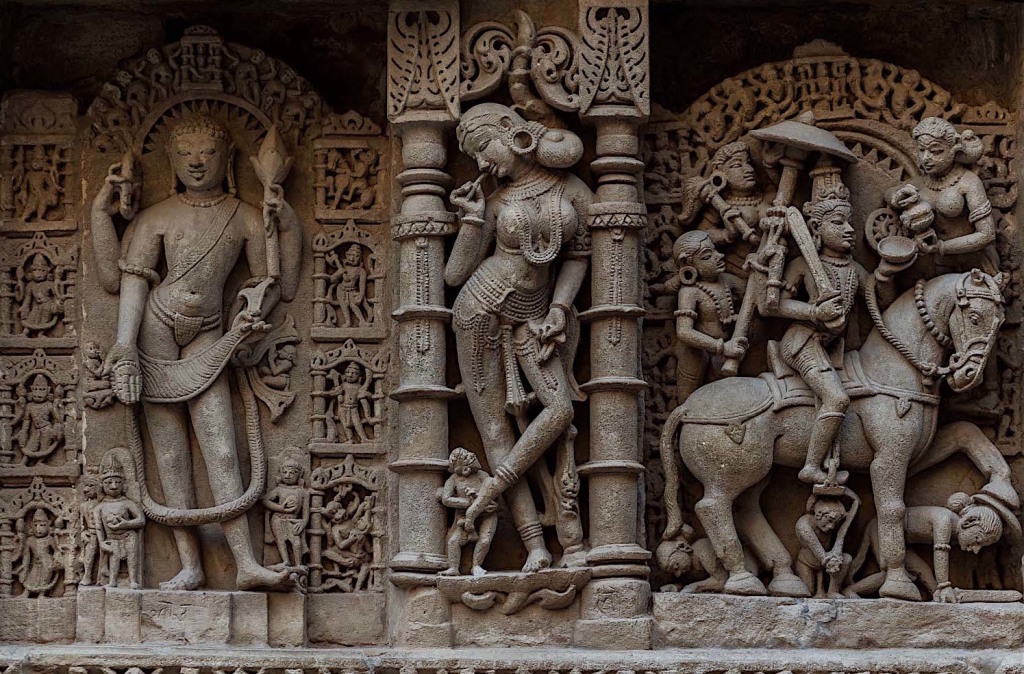 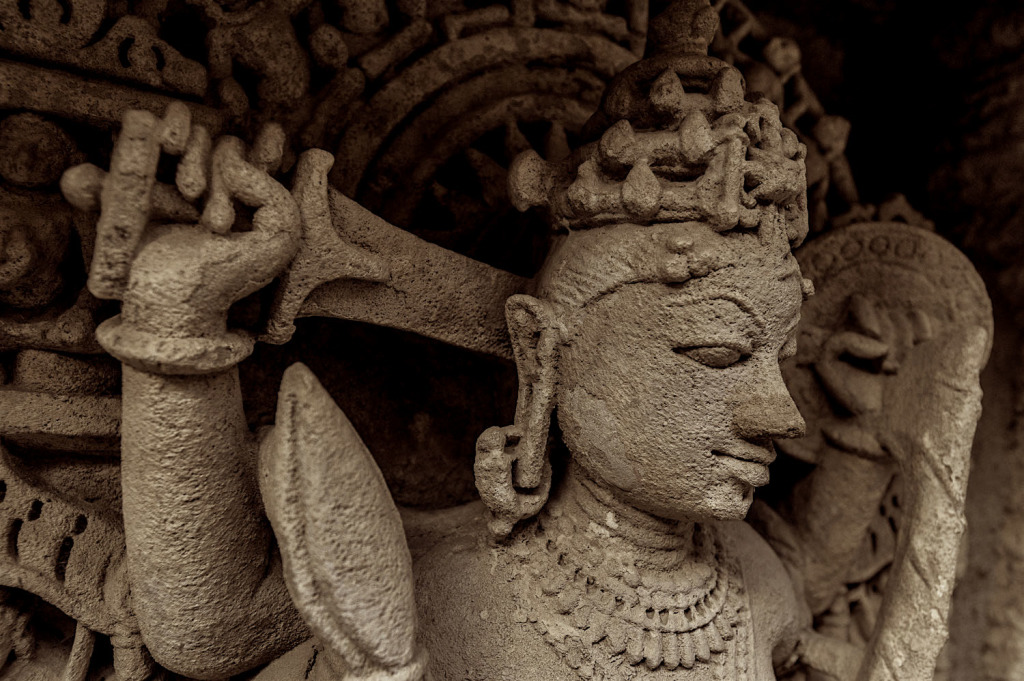 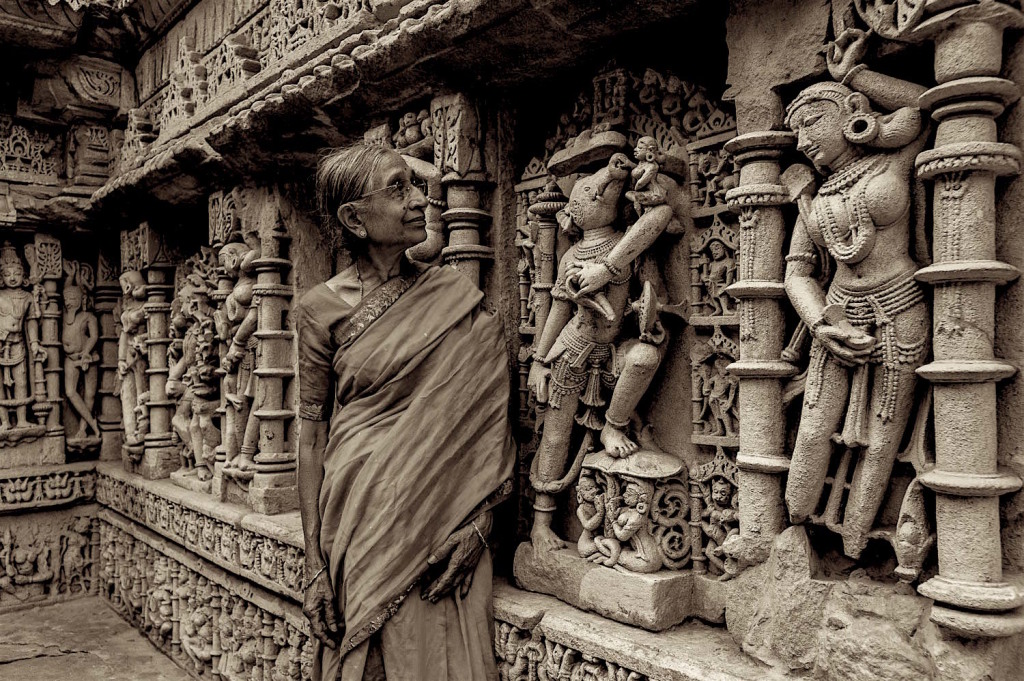 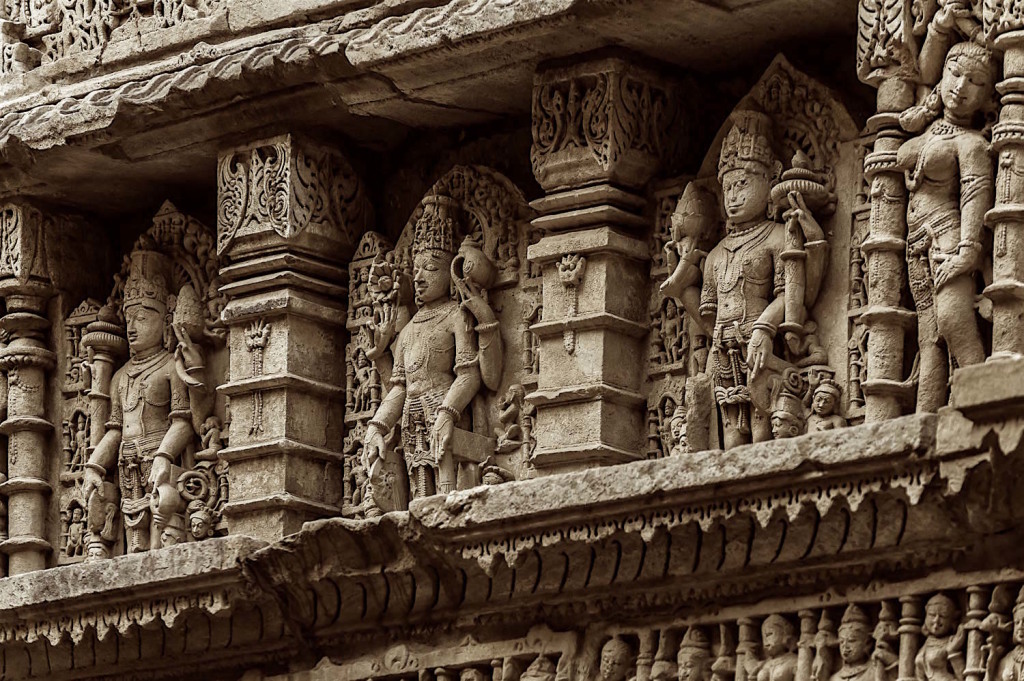 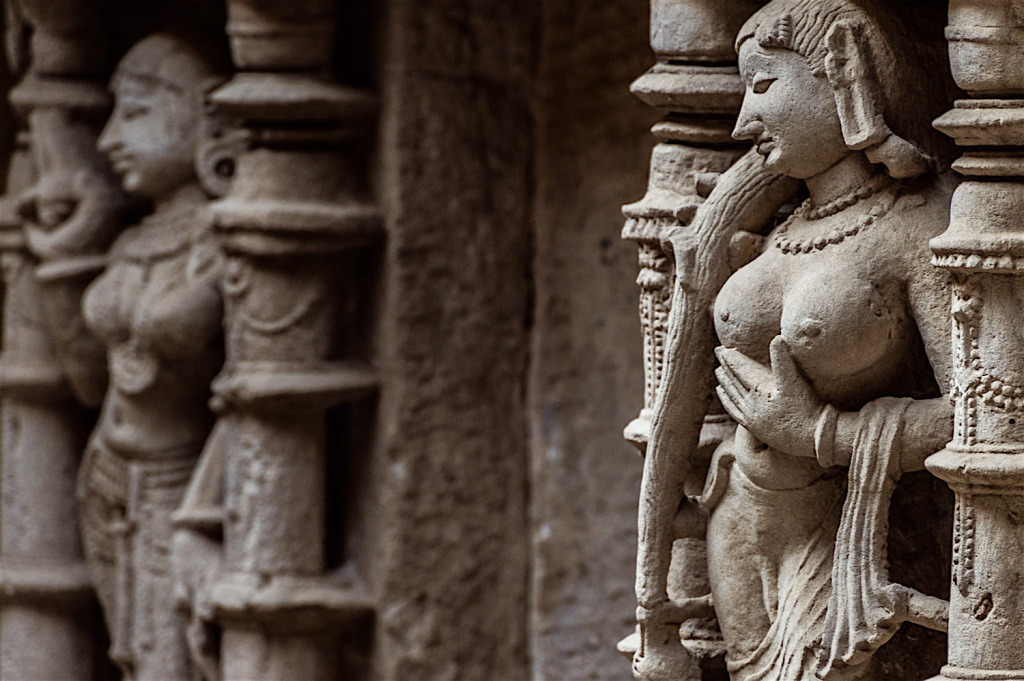 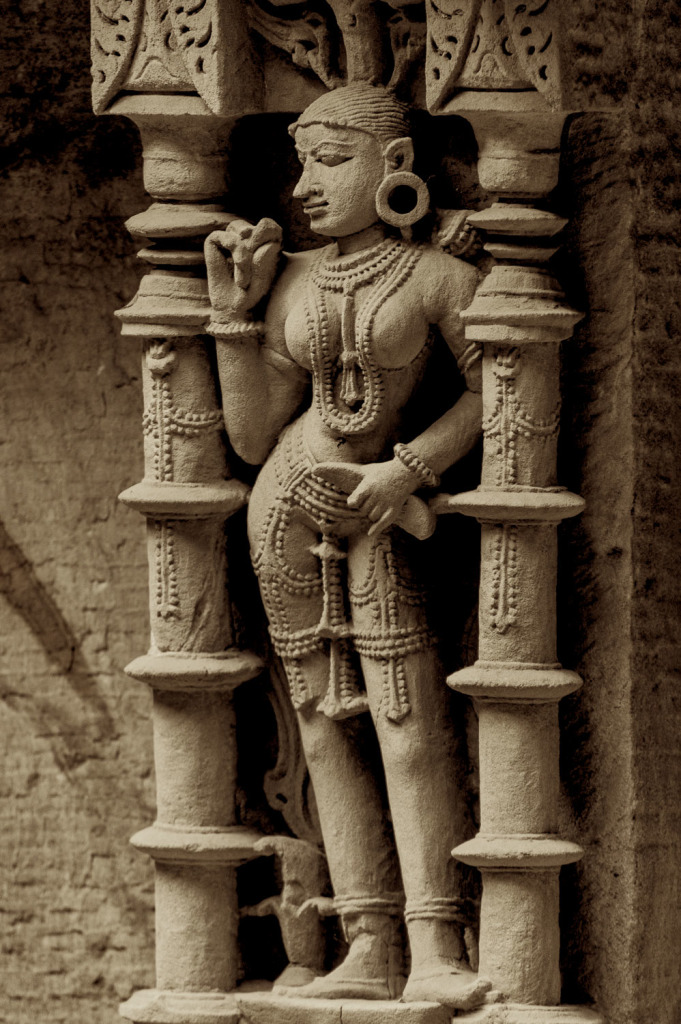 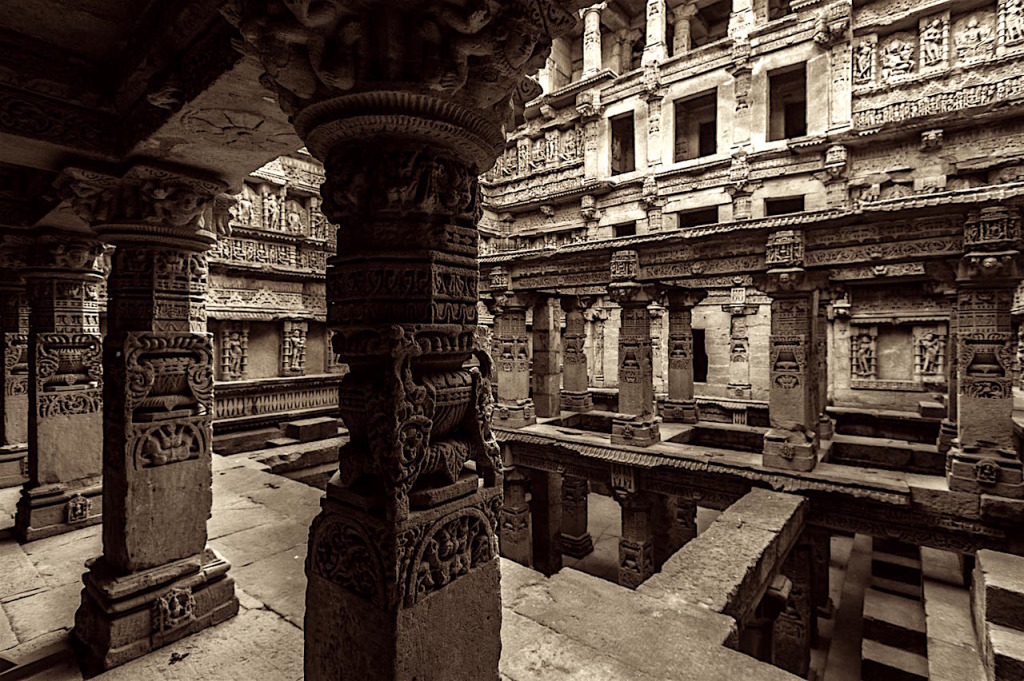 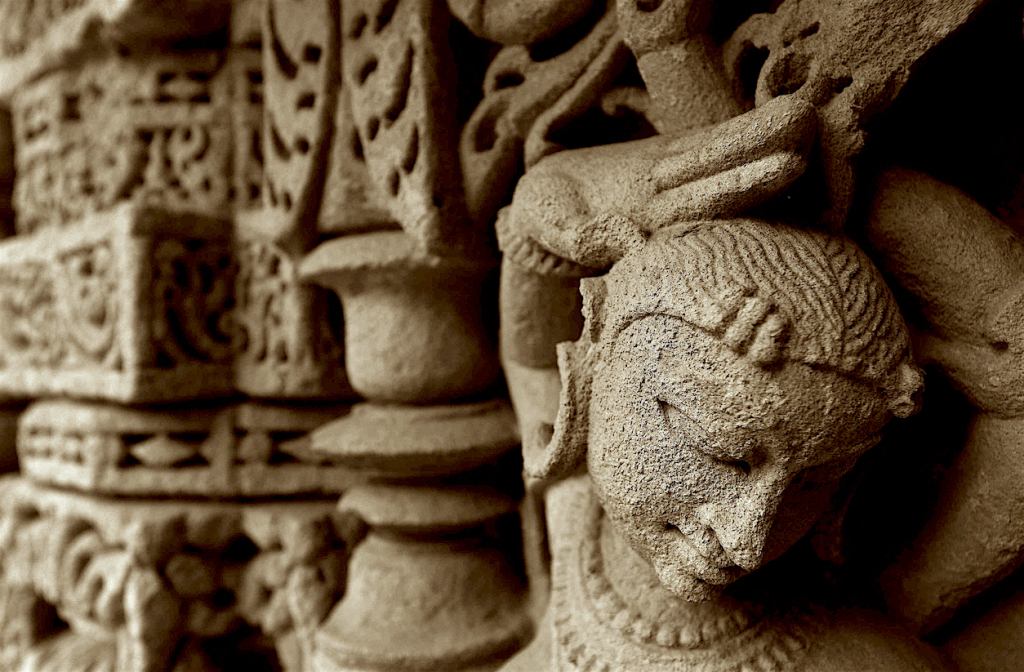 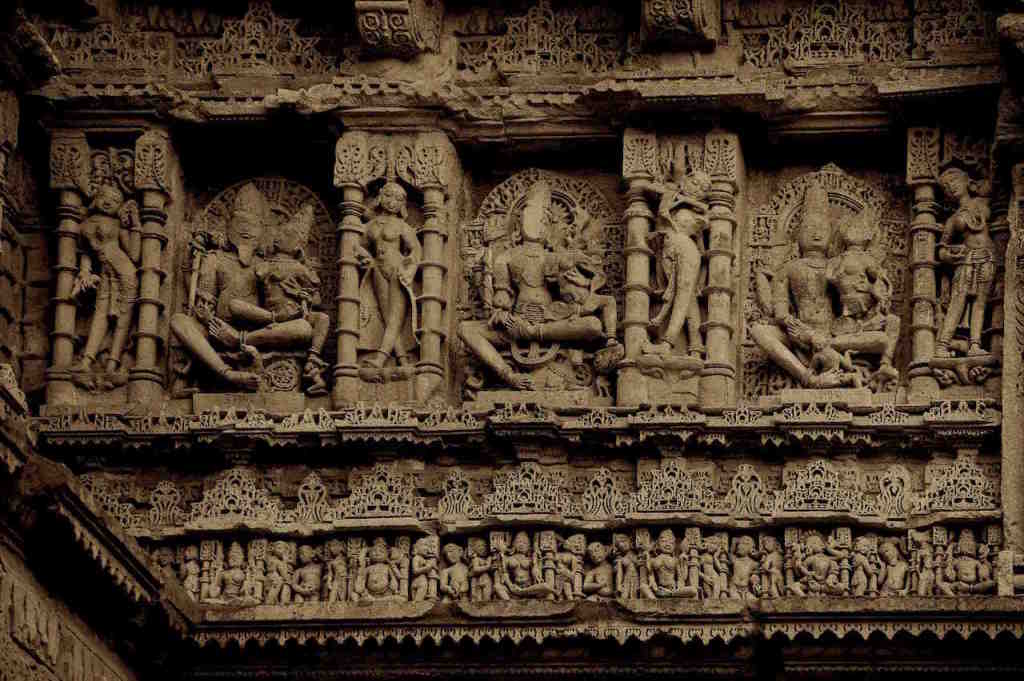 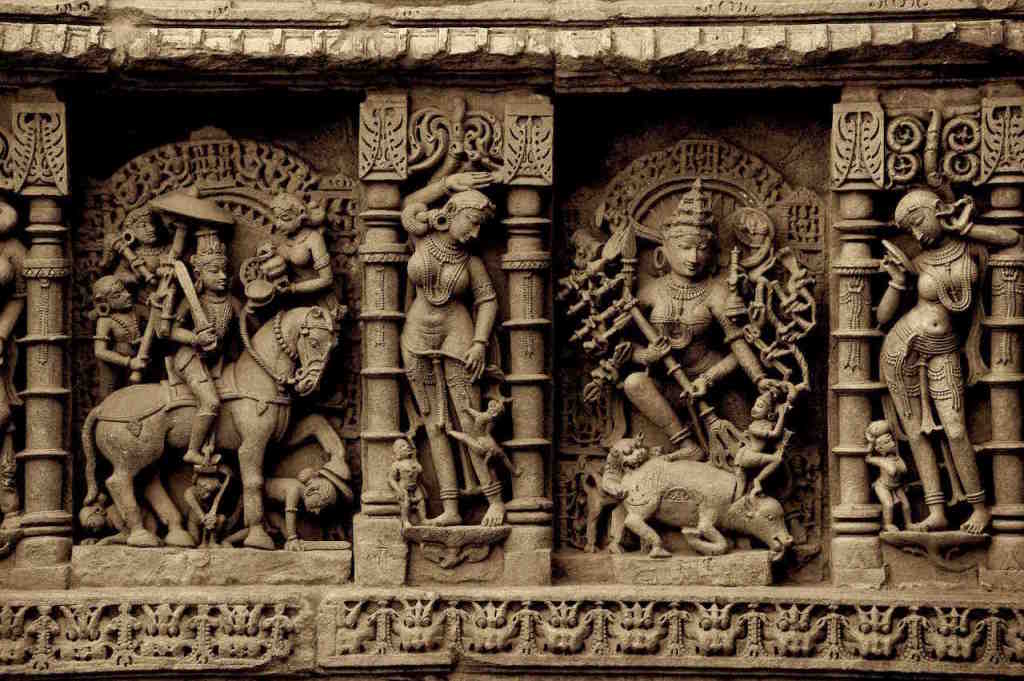 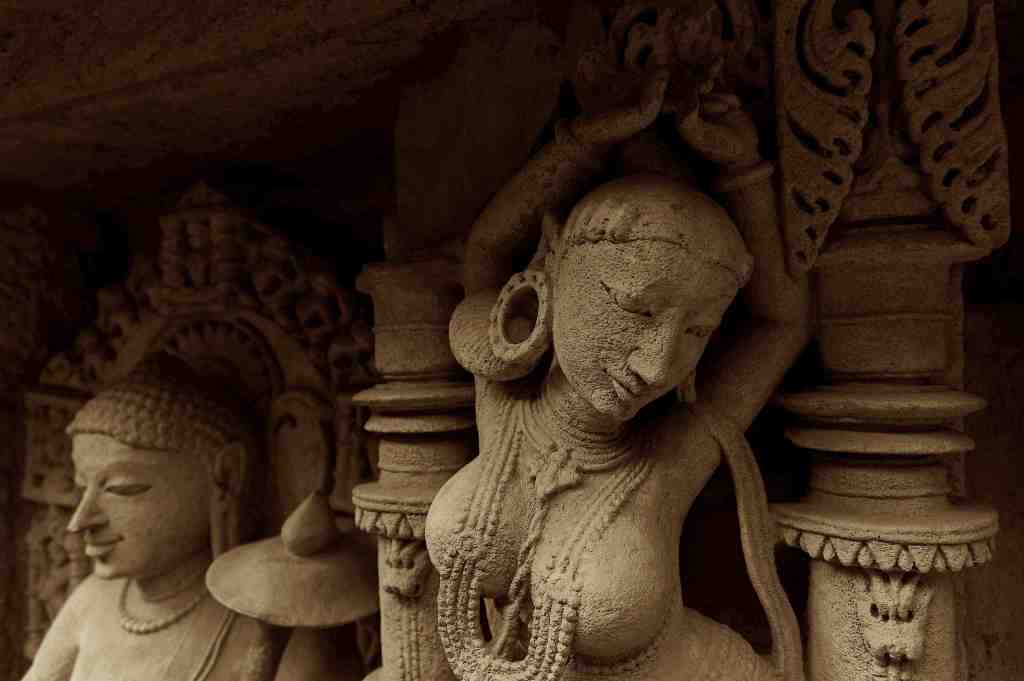 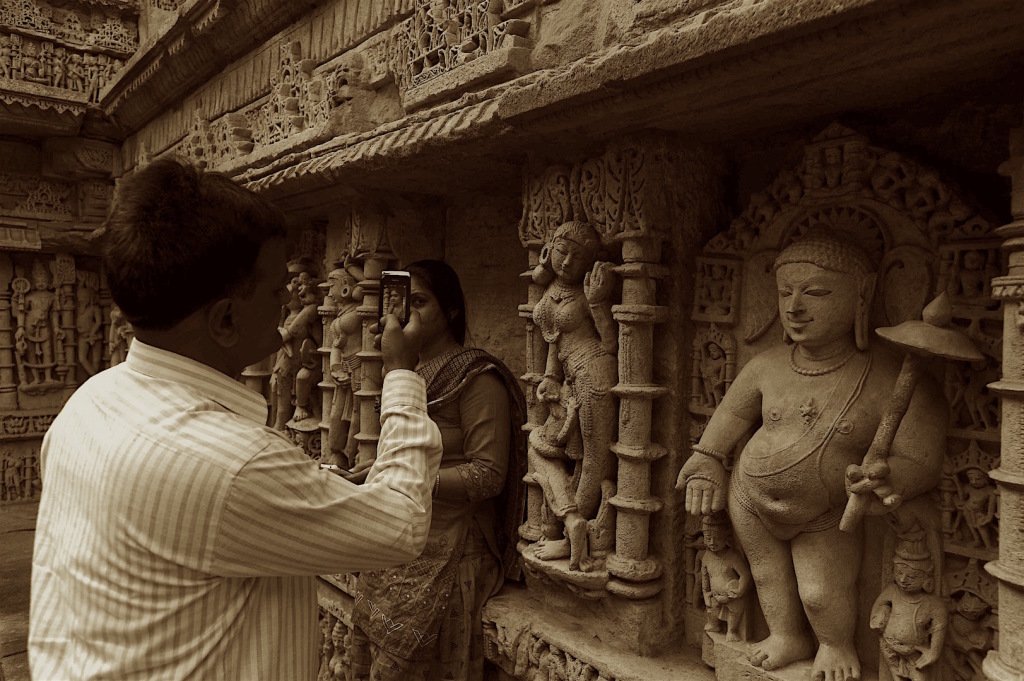 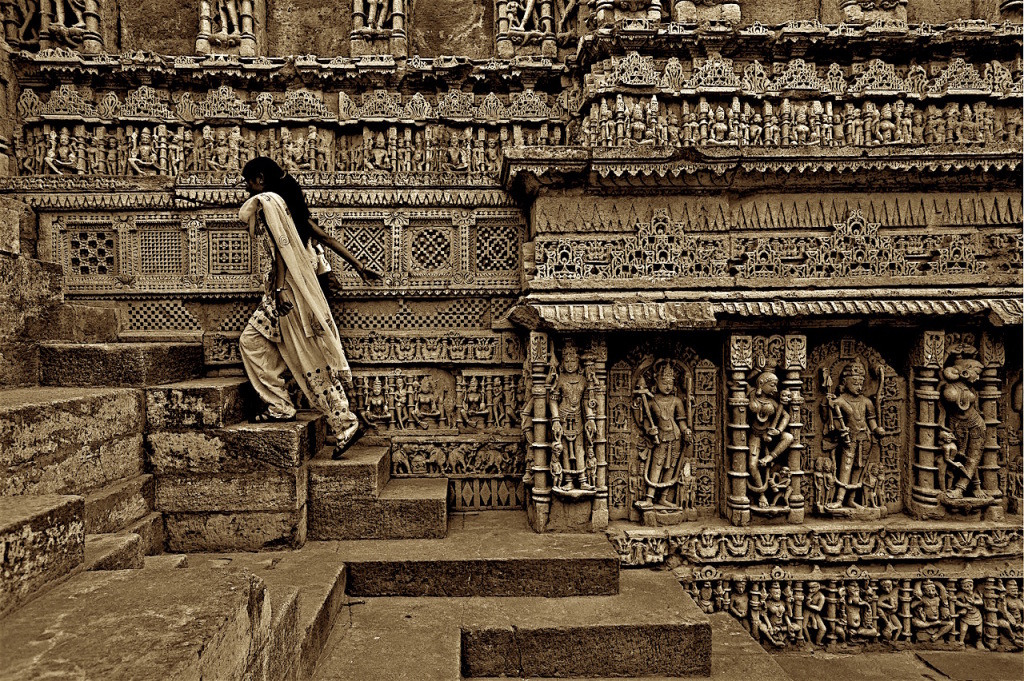 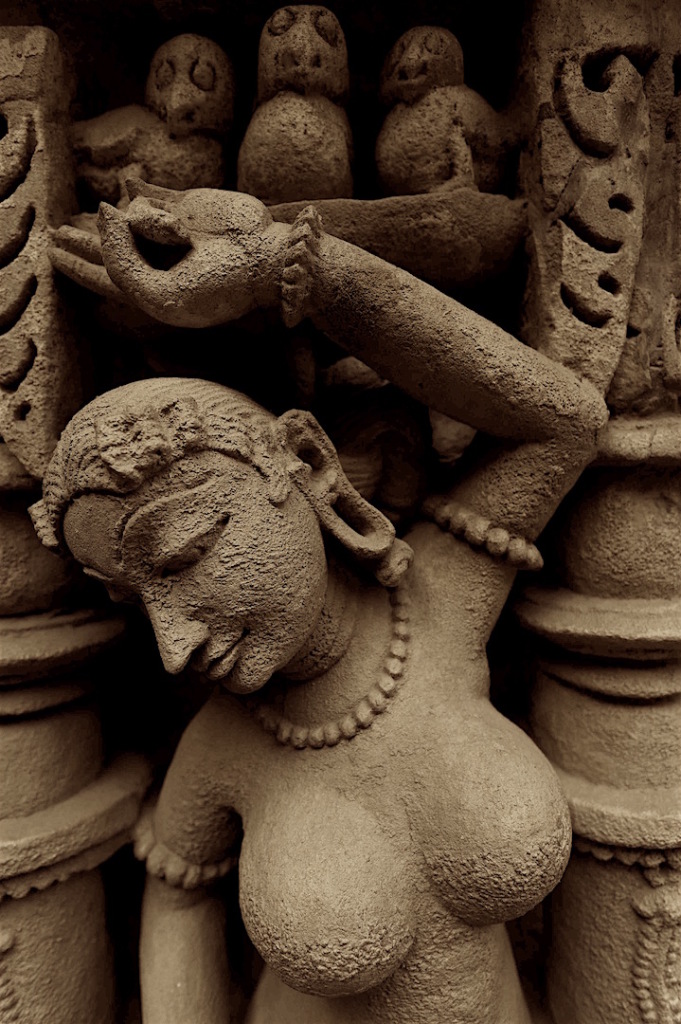 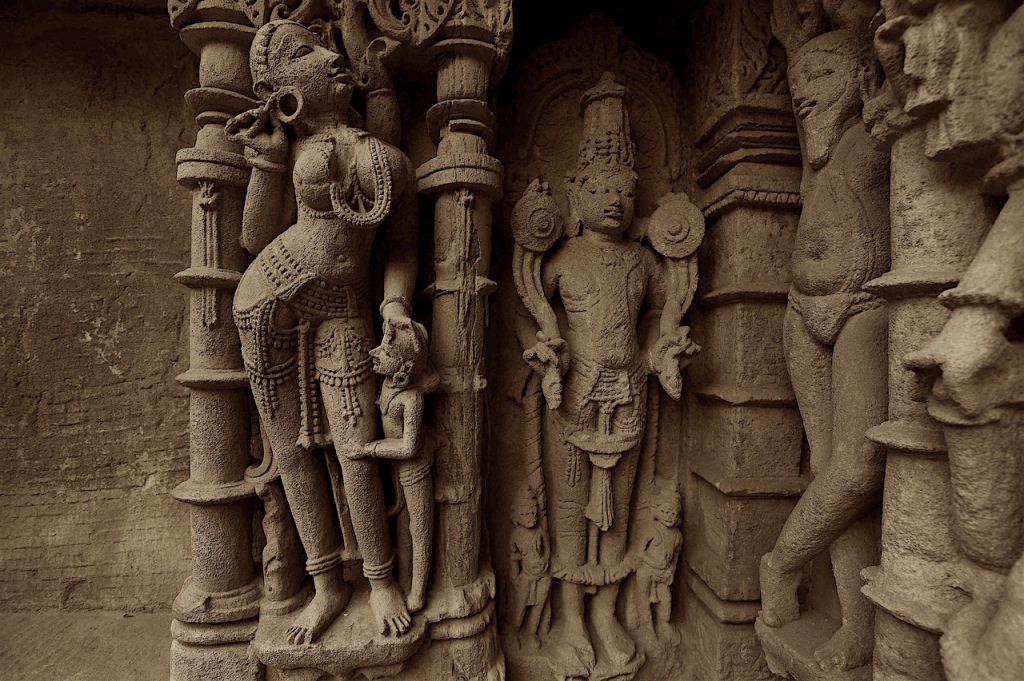 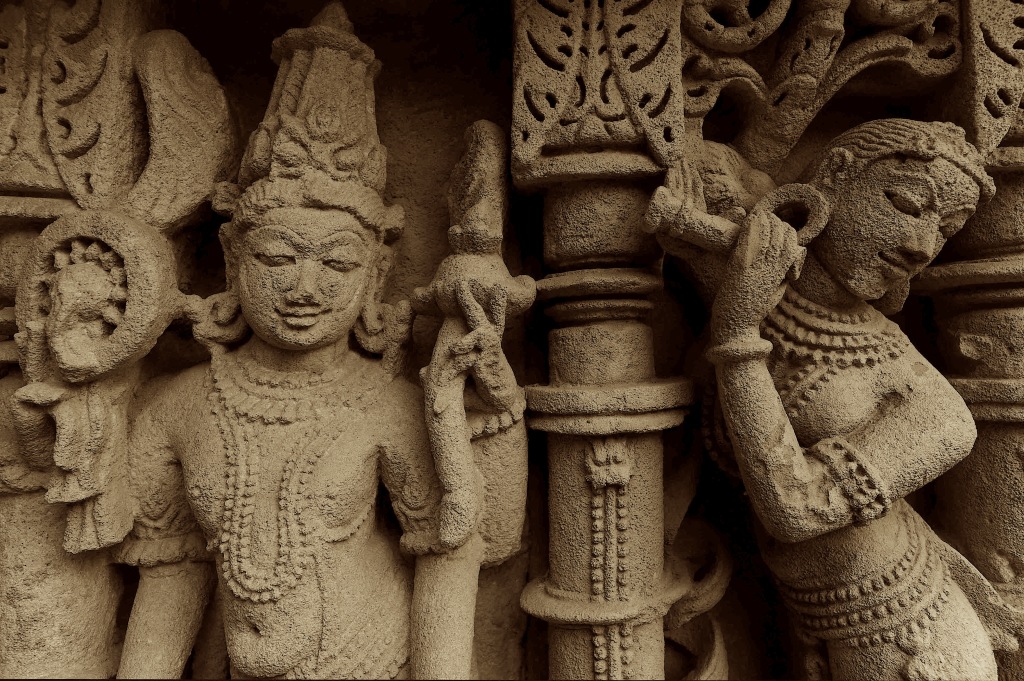 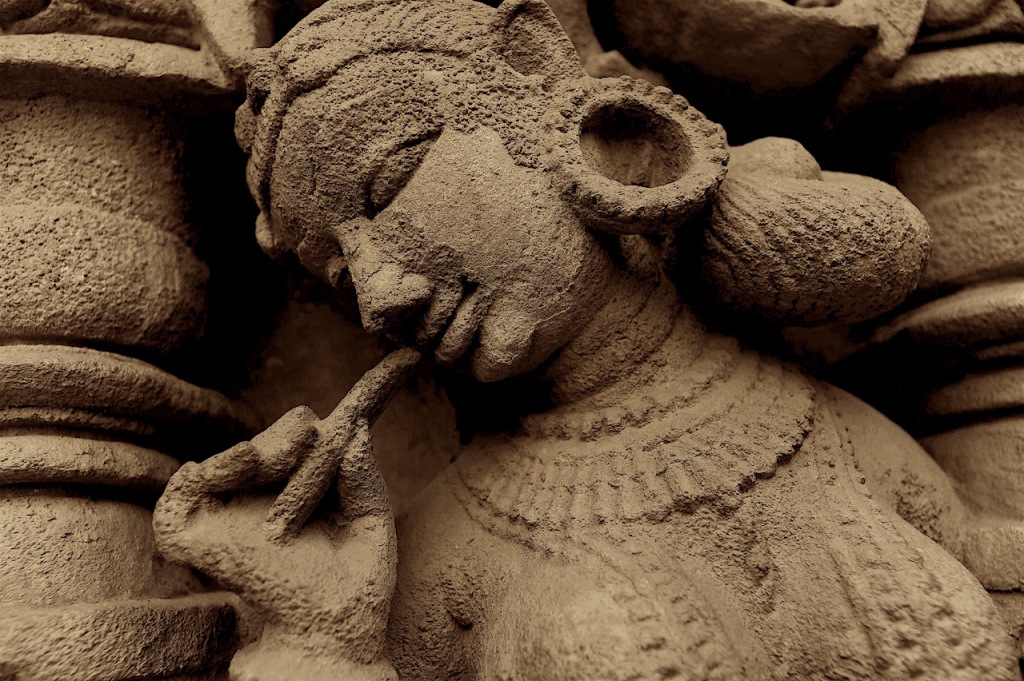 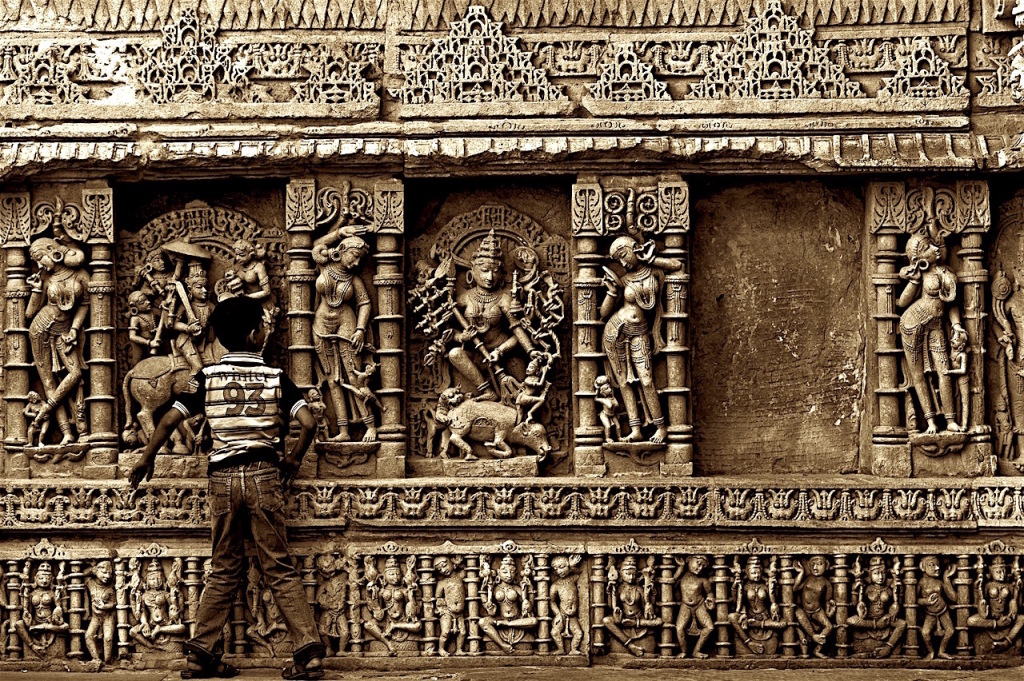