THE EPIC OF THE FIRST KING OF ITALY, VITTORIO EMANUELE II, ILLUSTRATED IN THE PALAZZO PUBBLICO OF SIENA 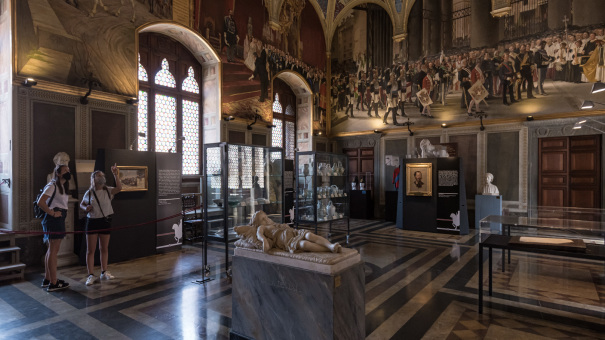 The Sala di Vittorio Emanuele II in the Palazzo Pubblico of Siena was inaugurated in 1890, upon the death of the first sovereign of Italy. The initiative restored the ancient Sienese custom of celebrating important events by eternalizing them on the walls of the Palace. To coordinate the pictorial cycle was called Luigi Mussini, founder of the local Art Institute. The great scenes that would have illustrated the life of the Savoy, would have been made by his best-known collaborators and students. Pietro Aldi, from Manciano, painted “The meeting between Vittorio Emanuele II and General Radetsky in Vignale” and the scene of the most famous “Encounter at Teano” between Giuseppe Garibaldi and the king. Amos Cassioli, from Asciano, carried out the two battles, that of Palestro and that of San Martino, decisive for the fate of the Second War of Independence. The Sienese Cesare Maccari, painted the scene depicting “Vittorio Emanuele II receiving the plebiscite of the Romans in Florence” set in the throne room of Palazzo Pitti, and that of the “Transportation of the body of Vittorio Emanuele II to the Pantheon” in Rome. The frescoes were painted between 1886 and 1888. The room also houses showcases containing Risorgimento relics, including the uniform that the king had worn at the battle of S. Martino, which he himself had given to Luigi Mussini as a sign of thanks. 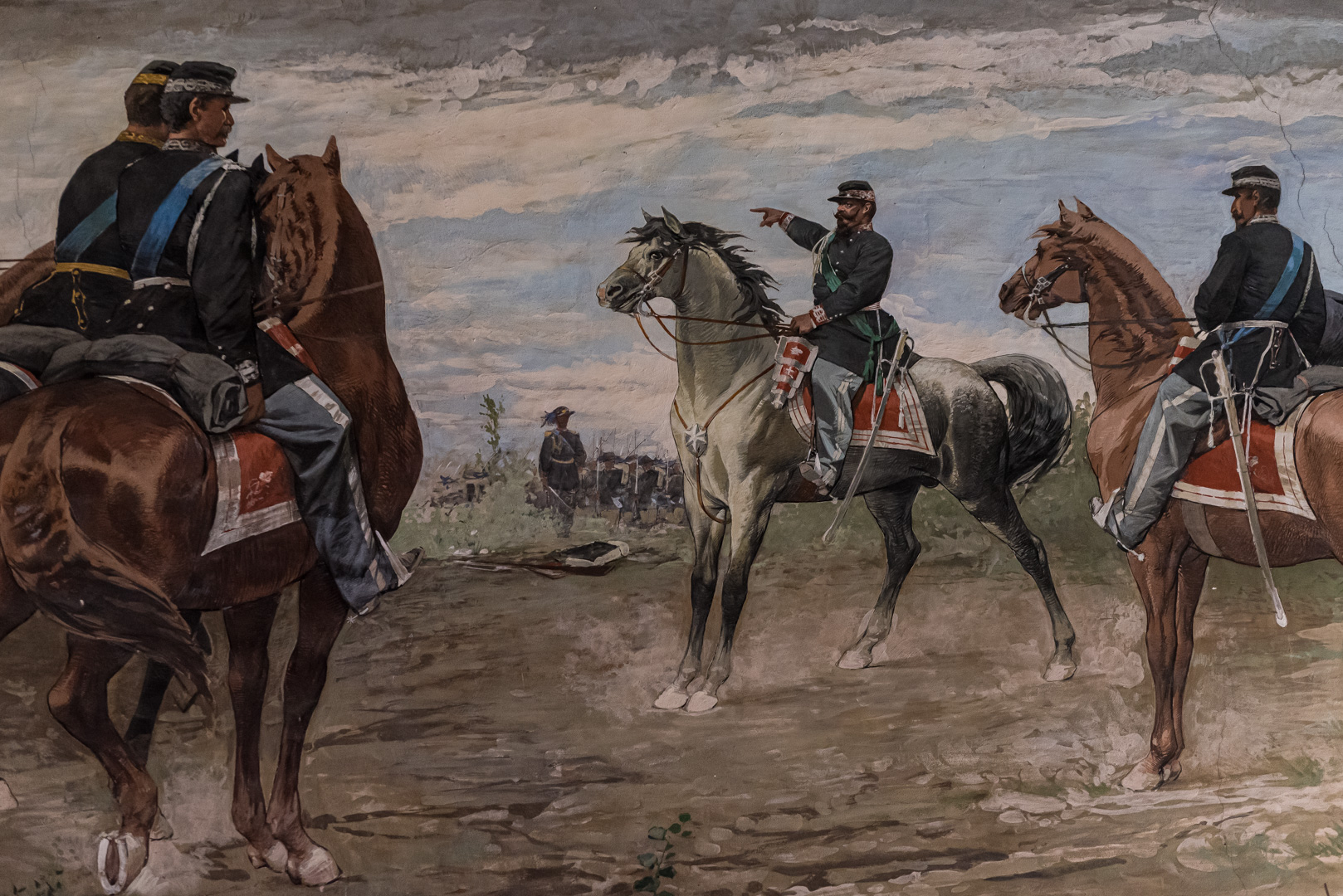 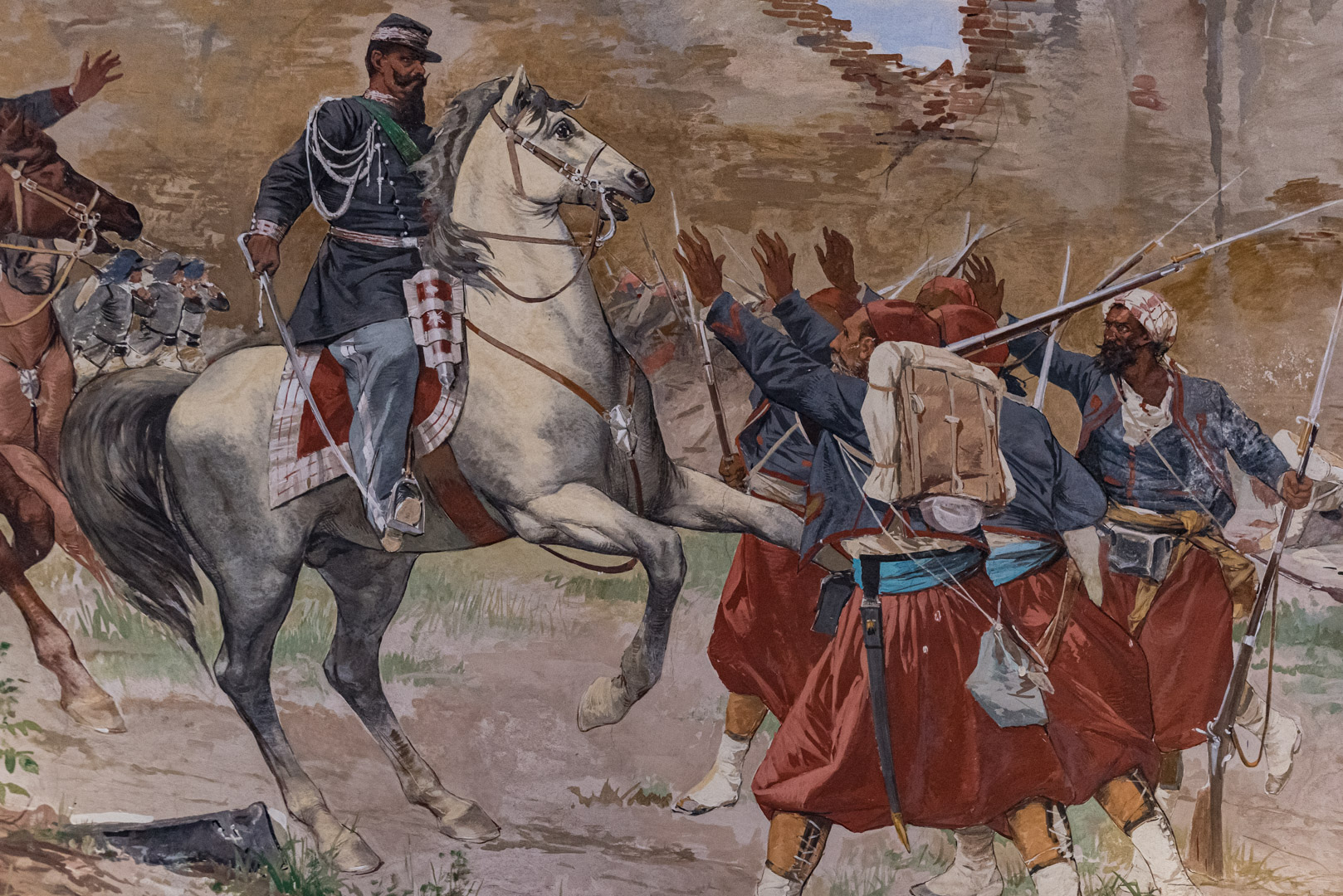 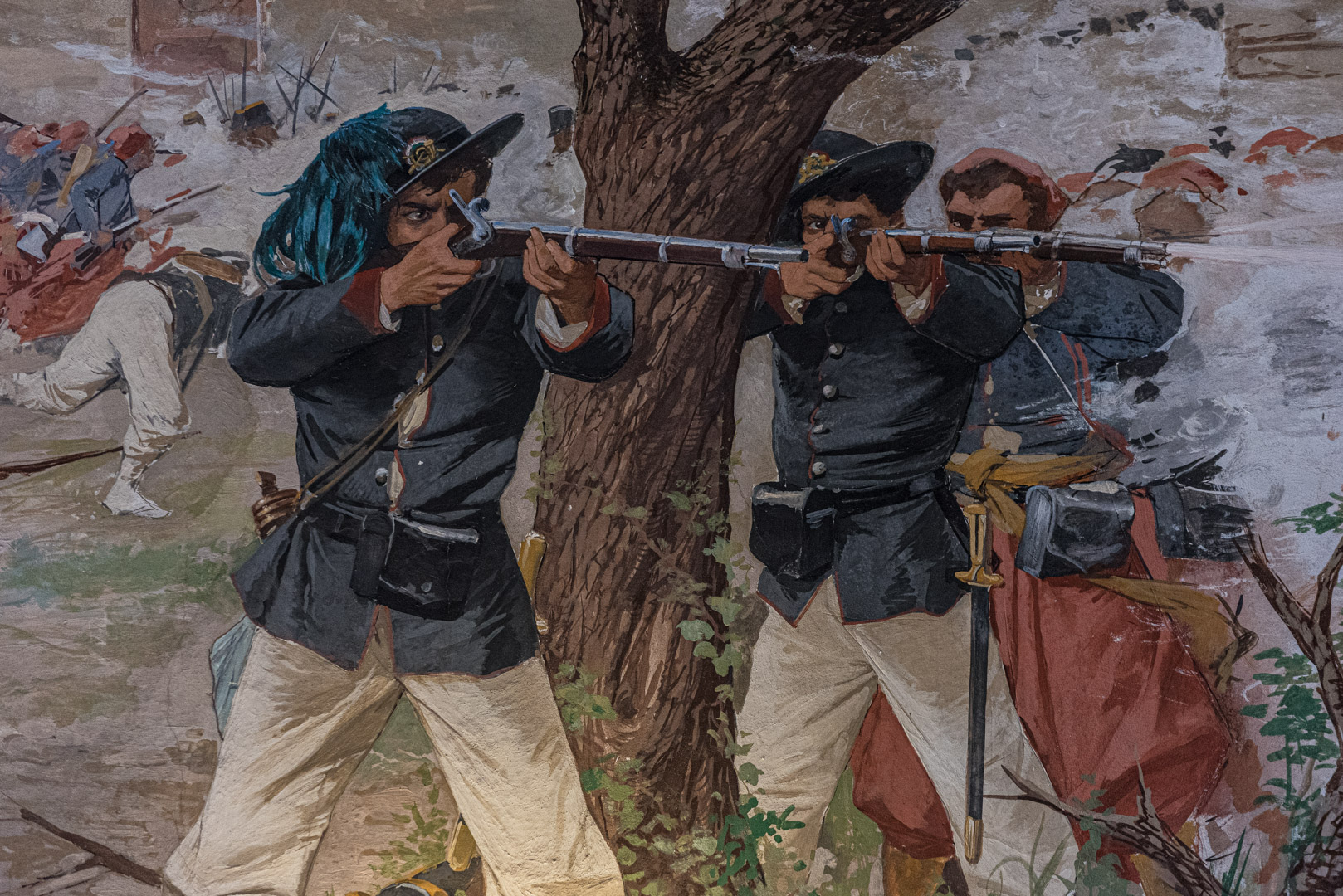 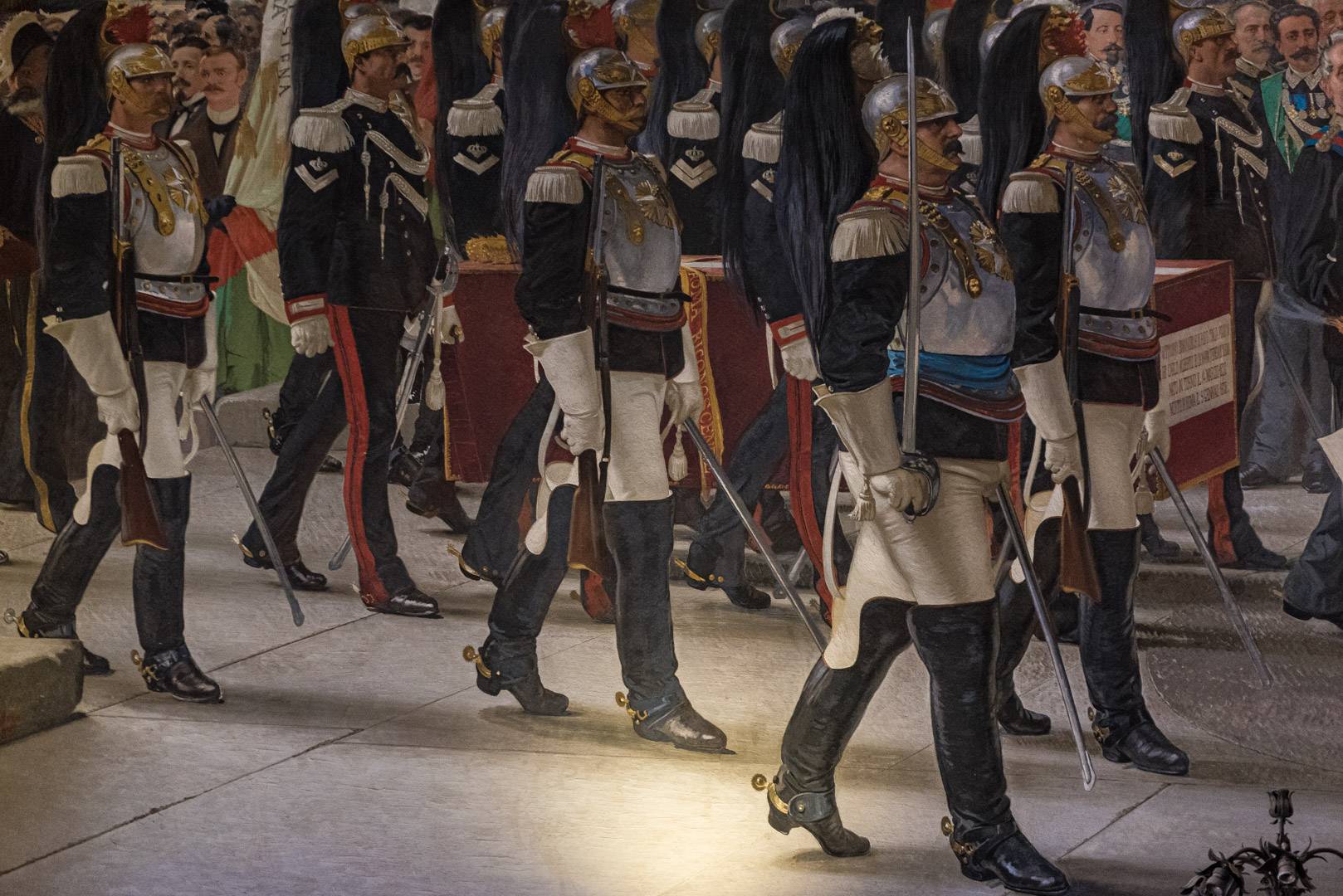 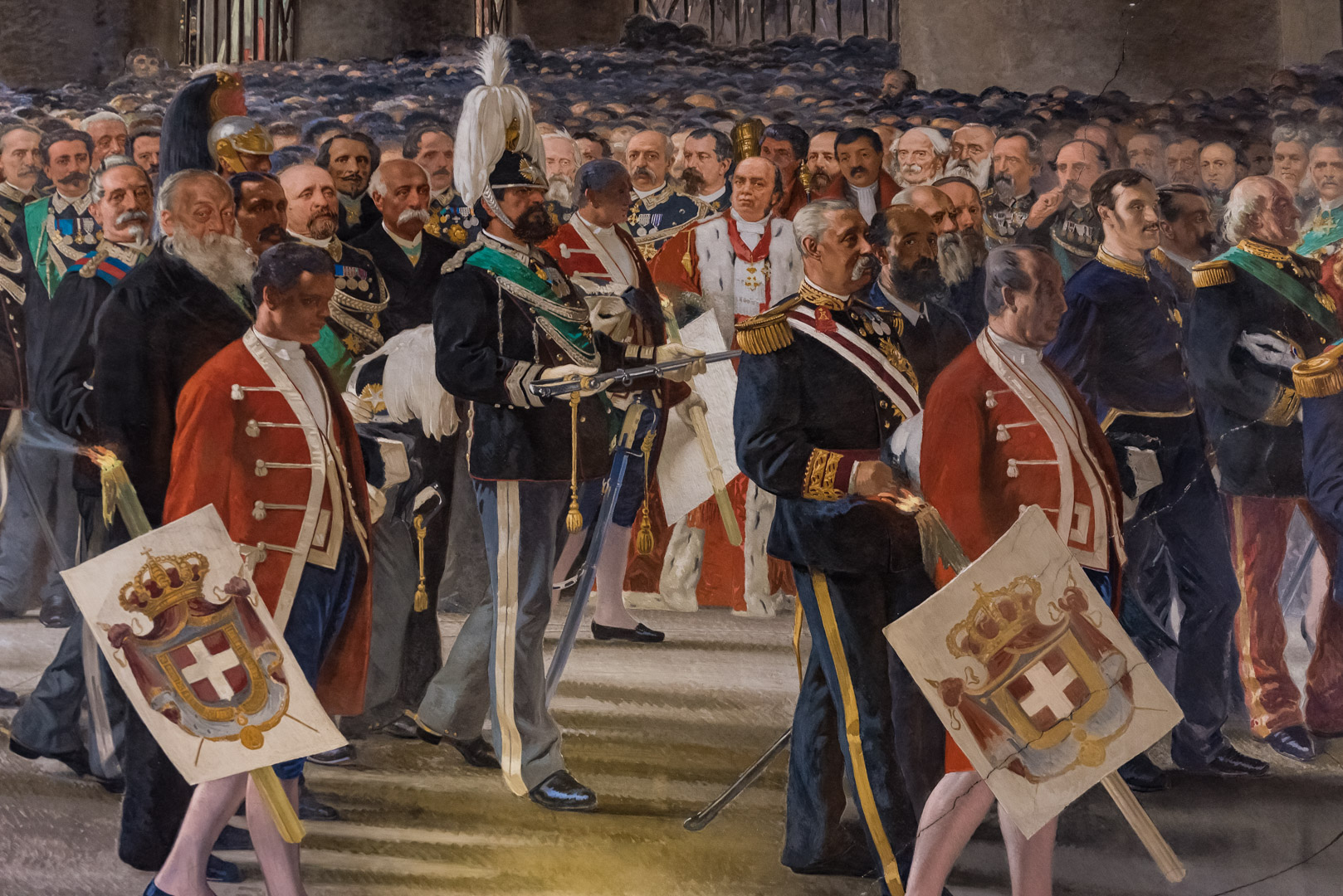