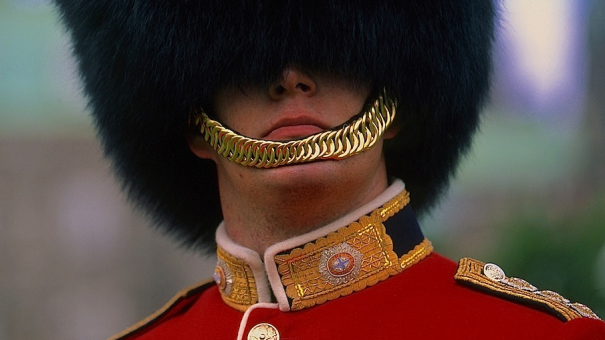 Captain Jonathan Rockport in service in Ottawa, Canada, in the regiment of the Ceremonial Guard has been authorized by the Commander to wear an unauthorized headdress in synthetic bear fur during parades. The change of the busby was possible after the medical officer Colonel, responsible for the integrity of the officers in red jackets, found that: “the uninterrupted shedding of tears during the ceremony of the changing of the guard, complained about by Captain Rockport, is due to a proven allergy against the black bear fur with which the ordinance headgear are manufactured”.