THE EMPEROR IN CAPRI 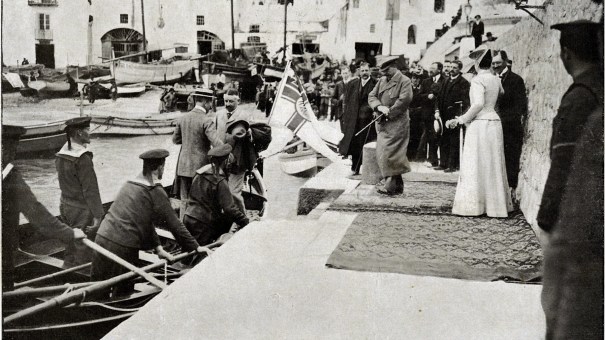 CAPRI, early 1900’s. On the island there is a colony of Russians: the great author Maksim Gorky and with him Anatoly Lunacharsky, who would become the minister of culture after the Revolution. And Lenin who, when not bathing, plays chess with Aleksandr Bogdanov, his companion in the Bolshevik party and political opponent. And then there are the Germans. There is Friedrich Alfred Krupp, overwhelmed by a sex scandal that led him to commit suicide. Even his boat was called Puritain. The Emperor Wilhelm II had visited the Krupps in 1904, at the Quisisana, with his small entourage. On the day the photo was taken the Emperor probably had mistaken the season, wrapped as he is in a heavy overcoat uniform! Or, at all costs, he wants to distinguish himself from his compatriot Karl Wilhelm Diefenbach, painter, theosophist, vegetarian, pacifist, and above all, nudist, a stable presence in Capri?